Meanings and traditions of colors in different countries

Colors are important in people’s lives. They can remind us of travels to our favorite cities, countries . Also colors can cause associations connected with natural phenomena or some important and special events for us. Colors influence the way a person feels. But the meaning of color is perceived differently in the cultures of countries. Over the years, colors have shaped people’s beliefs, emotions, and history.

Color psychology influences all cultures around the world while evoking different emotions. In one culture the color may represent happiness and warmth, in another it may be associated with betrayal and jealousy. Here is a list of different colors and their symbolism based on the known color psychology of numerous world cultures. 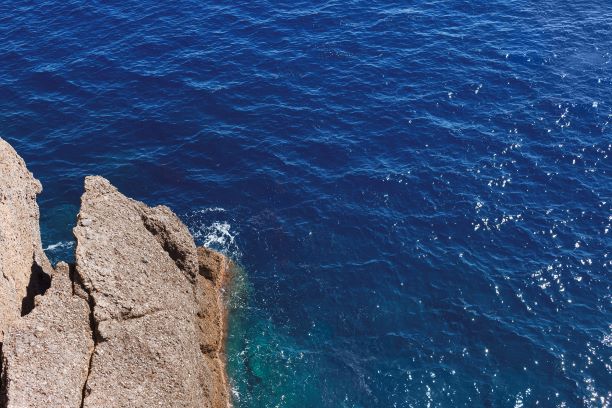 Blue is a positive color and is considered the safest color in the world. In Europe and North America, blue symbolizes power, security and trust. It is a calming color. But for some cultures, it symbolizes sadness, loneliness and depression. Also in some cultures, blue is used to reflect evil, and is considered a symbol of healing. In Albania, Afghanistan, Iran, Greece and Turkey, it is believed that the use of blue amulets in the form of eyes will protect the wearer from the evil eye. Blue is a symbol of spirituality, paradise, and immortality in many cultures in the East. Ukraine uses blue as a symbol of good health, while Hindus associate blue with their god Krishna, who represents the divine joy and love that stands against sin and pain. Followers of Judaism associate blue with divinity and holiness. In many cultures blue is a masculine symbol, so blue is associated with boys. But in China, this color is associated with women. In Latin American countries, where the majority of the population is Catholic, blue refers to the Virgin Mary. It is also considered a color associated with wealth, good health, and hope. more 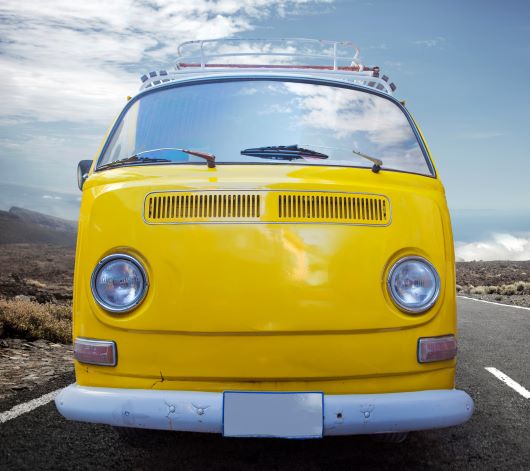 Yellow is the color of sunlight and makes many people warm and cheerful. In some cultures, however, its meaning is darker. When the Chinese use the term yellow book or yellow picture, they mean pornography. Yellow press in Russia means sensationalism, scandals, gossip, and rumors, not always confirmed by facts. In Germany, it is a symbol of jealousy. While in France, in addition to being associated with jealousy, yellow means contradiction, weakness and betrayal. The darker meaning of yellow dates back several centuries for the French. For example, in the 10th century, the doors of criminals and traitors in France were painted yellow. The meaning of yellow in Africa is the opposite. On the continent, yellow is for people of high rank. Because yellow is very reminiscent of gold, it is associated with success and money. To the Egyptians, the color represents wealth and power, the reason why tombs and mummies are painted yellow. For them, the color also means mourning. In some Latin American cultures yellow is also associated with death, mourning and sadness. Yellow is also highly prized in Japan, where it has symbolized refinement, wealth and courage since 1357. When there was a time of war of dynasties, and yellow chrysanthemums were worn by warriors as a symbol of the Japanese emperor and his royal family. Wearing the flower represented a bold promise to serve them. The color is considered lucky in Thailand, and people wear yellow every Monday to attract good luck for the week. more 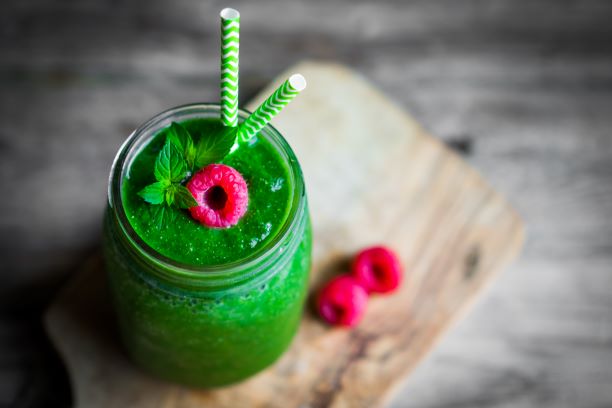 Green is a color with opposite meanings among cultures. In the West, green is associated with jealousy, greed, inexperience, wealth, environmental concern, spring, freshness, nature and good luck. It is a color associated with the military. Because of Ireland’s green landscapes, it has been called the Emerald Isle. Green is the national color of Mexico and is used as a symbol of independence from Spain. However, the color is banned in Indonesia. Similarly, the color is associated with death in countries teeming with dense forests. In the Middle East, however, green is the traditional color of Islam. It symbolizes wealth, luck and fertility. In Asian cultures, it represents new life, fertility and youth. In China, however, it is associated with adultery, and men in China do not wear green hats because it means their wives have become adulterers. In Israel, bad news is indicated by the color green. Although Japan considers green a symbol of eternal life, it signifies corruption in North Africa. read more

In Western cultures, red is associated with danger, love, action, passion, energy, and excitement, but it is also the color used in Russia to symbolize revolution and communism. Red is an auspicious color in Asian cultures. In many Asian countries, red is the color of long life, happiness, holidays, prosperity, joy and good luck. Therefore, Asian brides often wear red wedding dresses. During special events and holidays, Asians give red envelopes of money. Many people wear red during New Year’s celebrations. Spirituality, sensuality, fertility, power, wealth, fire, fear, beauty, love and purity are terms associated with the color red in India. A woman in India with red henna on her hands indicates that she is already married. A woman also indicates that she is married by applying sindur (red powder) along her hair growth line. In some African countries, however, it is a symbol of death. In Nigeria, red symbolizes vitality and aggression, while in Iran it is a symbol of courage and good luck. more

In the West, people associate orange with warmth, crops and the autumn season. Hindus believe that the color saffron (soft orange) is sacred and auspicious. In other Eastern cultures, orange is a symbol of good health, happiness, love and humility. Buddhist monks prefer to wear orange because it represents many positive qualities. The Dutch royal family uses orange as their personal color. In Egypt, it is the color used to indicate mourning. The meaning is the opposite of what Chinese and Japanese cultures give to orange, where it means good health, love, happiness and courage. It is a symbol of fire in India, as well as a color that symbolizes courage and strength in some European countries. more 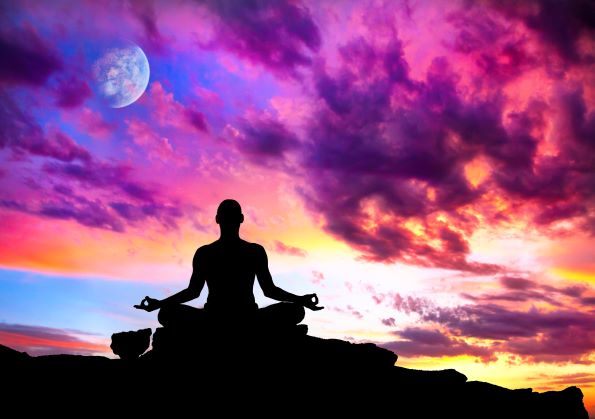 Nobility, spirituality, faith, piety, and wealth are some of the terms that are associated with purple. In the old days, purple dye was very rare and difficult to obtain because it was extracted from a certain species of sea snails. It was a costly affair to produce cloth in purple, so it became a symbol of monarchy. Buddhist monks of the highest rank are the only ones allowed to wear purple in Japan. It is the color of penance among Catholics. However, for Thais, Britons, Indians, Italians, and Brazilians, purple is reserved for mourning. Brazilians do not wear purple unless one attends a wake or funeral. In other countries it symbolizes honor. The U.S. military has a Purple Heart award for service members who have been wounded or killed in the line of duty. more

In Western cultures, brides wear white, a tradition because they associate white with purity, innocence, peace, and elegance. However, in Korea, China and other Asian countries, it is a symbol of failure, mourning and death, so this color is only worn at funerals. But in Peru, the color is a symbol of time, good health and angels … Read more

In studies concerning the psychology of color in different cultures, most associate black with formality and austerity. However, black is also associated with mystery, failure (black cat), sickness, cruelty, magic, mourning, evil and death. Black is a symbol of masculinity, maturity and age in Africa. The color represents rebirth and mourning in the Middle East. more

Things for a girl, tenderness, caring, romance, love and femininity are words that Western cultures associate with the color pink. These terms symbolize the color pink in some Eastern countries. In Japan it is more associated with men, although it is not exclusive in terms of clothing, both men and women can wear pink. In Latin America it is a symbol of architecture. In South Korea, pink symbolizes trust. Many prison cells are painted pink because pink is thought to stimulate the mind, have a calming effect on people, and can reduce aggressive behavior.

The Importance of Color in Business

Color studies show that colors influence how customers like products, and many successful sales are based on the color of the product. A Japanese scooter manufacturer ran into trouble when they introduced black scooters in India. Because they lacked localization help, they did not realize that black was associated with death in India, so black scooters, which were considered modern in Japan, were not popular in India at all. Marketing and color are related for the following reasons: – Brand recognition increases by 80% because of color. – Colors enhance recall. – They attract and broaden the participation of the intended audience when it comes to color ads rather than black and white ads. – Colors improve readability, learning and comprehension of ads. – They can attract consumers quickly and hold their interest longer. Prospective advertising agencies and clients understand that using the right colors can help their products attract new customers in foreign markets and maintain their interest because of the values associated with certain colors.