15 lakes in Berlin where you can swim – addresses, photos and how to get there

The Muggelsee is Berlin’s largest lake. There is a distinction between Little Muggelsee and Big Muggelsee, but it is the latter that is most often mentioned. The lake is located in the Treptow-Köpenick district of Berlin. The maximum length of the lake is 4.3 km and its maximum width is 2.6 km and depth up to 8 meters.

Lake Mueggelse is a popular recreation area for residents of the eastern part of Berlin. The Spree, a river in eastern Germany, flows through the lake. Müggelsee is one of the most popular places for swimming with the locals. According to statistics, every year the lake is visited by up to 100 thousand people for various purposes. On the shores of the lake there are many resort areas, where rentals are available. In particular, here you can book a walk on the lake, or rent a bicycle for a walk around the lake.

Also on the shore there are many places to eat and enjoy the views of the lake.

Krumme Lanke is located in south-west Berlin, in the Steglitz-Zehlendorf district. The circumference of the lake is about 2.5 km long and there is a jogging path of about 3.8 km along the shore. On the road not only running, but also just strolling locals and tourists. Riding a bicycle or rollerblading is allowed. On the shores of the lake there are two places for swimming, one of which is used by fans of nudism. On the north shore of the lake there is also an area for training and walking the dogs, but is now heavily overgrown.

In winter, when the water in the lake is covered with ice, many fans skate here. Fishermen catch fish here in the summer and winter. There are 18 different species of commercial fish in the lake. The coastal area is excellent for swimming. In the summer there are many vacationers, including those who swim and relax with family and children.

Lake Weisser See is located in the Berlin district of the same name and has an interesting origin. In particular, it was formed as a result of the melting of a glacier. For this reason, the water in it is quite cold even in summer, although many lovers bathe in the waters of the lake. There is a distinction between the Little Weisser Zee and Big Weisser Zee, but in the context of recreation have in mind it is the latter. On its shores is the longest European beach, a length of 1200 meters. The coast is sandy and very clean, utilities are constantly cleaning it. There is a separate small fenced off area for nudists.

There are many changing cabins and showers on the beach. In the summer, locals come here with their families. There are many different eateries and restaurants around the lake. Many joggers jog along the lake shore. There are river streetcars running along the lake. In the vicinity of the lake there is the so-called Glynnicki Bridge or Bridge of Spies. It is so named because during the Cold War spy exchanges between the USSR and Western intelligence agencies often took place on it. You can also visit Pfaueninsel or “peacock island” where many of the respective birds live. You can also visit the white castle Pfaueninsel.

Lake Plötzensee is of glacial origin, so it is quite cold. The lake itself is small and is located in the center of Berlin. The first beaches were organized here back in the middle of the 19th century. On the lake in 1877 was built the first private swimming pool. The pool had a rowing wheel, which generated waves.

READ
10 things to do in Malia, Greece

Nowadays the lake is a real water park. There are a variety of water rides – water slides for children, rope rides, playgrounds. On the shore of the lake there is a playground for beach volleyball. In the lake and on its shores in the summertime a lot of locals and tourists have a rest. The most useful thing to do on weekends is to reserve a room beforehand.

Lake Orankensee is another popular recreational area for Berliners and guests of the German capital. On the shores of the lake city administration has organized a sandy beach length of about 300 meters. It is interesting that specially for the beach was brought from the Baltic Sea. In addition, around the lake are well-groomed lawns on which you can relax. On the beach there are sun loungers and chairs. For children there is a playground. In the vicinity of Lake Orankensee there is a 1.3 km long jogging (walking) path. Many locals arrange on it for evening or morning jogs.

Please note that swimming in the open waters of the pool is prohibited. Instead, near the beach there is an outdoor swimming pool provided for swimming. There is also a water slide with a length of 52 meters. For safety reasons children are not allowed on it either.

If you would like to receive updates about Germany, then you need to subscribe to my Facebook page. and our Telegram Channel. . Thank you Thank you! 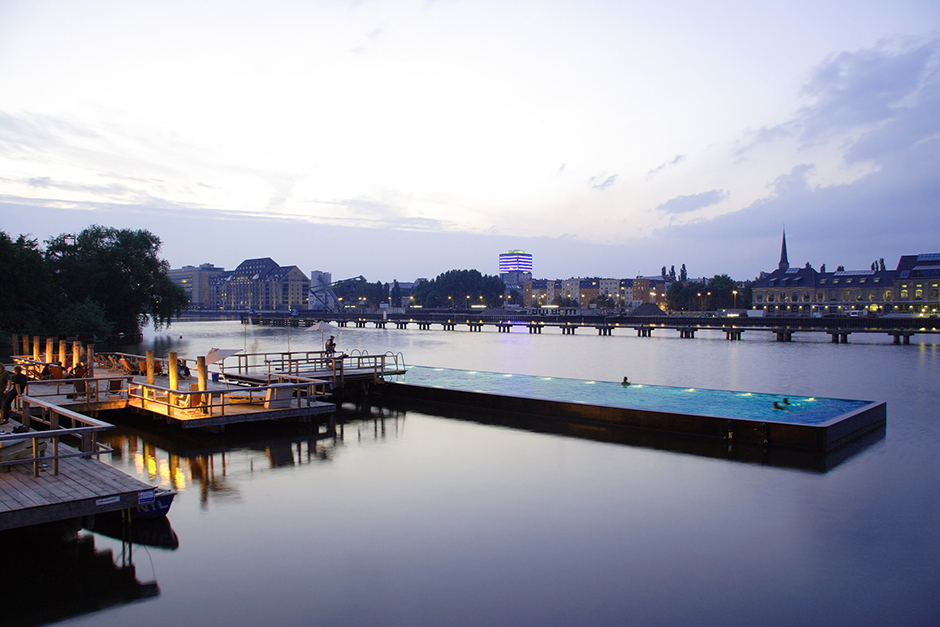 When you go to Berlin, don’t forget to bring swimming trunks! Summer temperatures here can easily get up to +35-40 degrees, and in this weather you don’t want to hoard junk in Mauerpark and gorge yourself on kebabs, even if they’re vegan. Grab some watermelon or peaches and hit the beach!

READ
Holidays on the island of Djerba, Tunisia: climate, features, how to get there 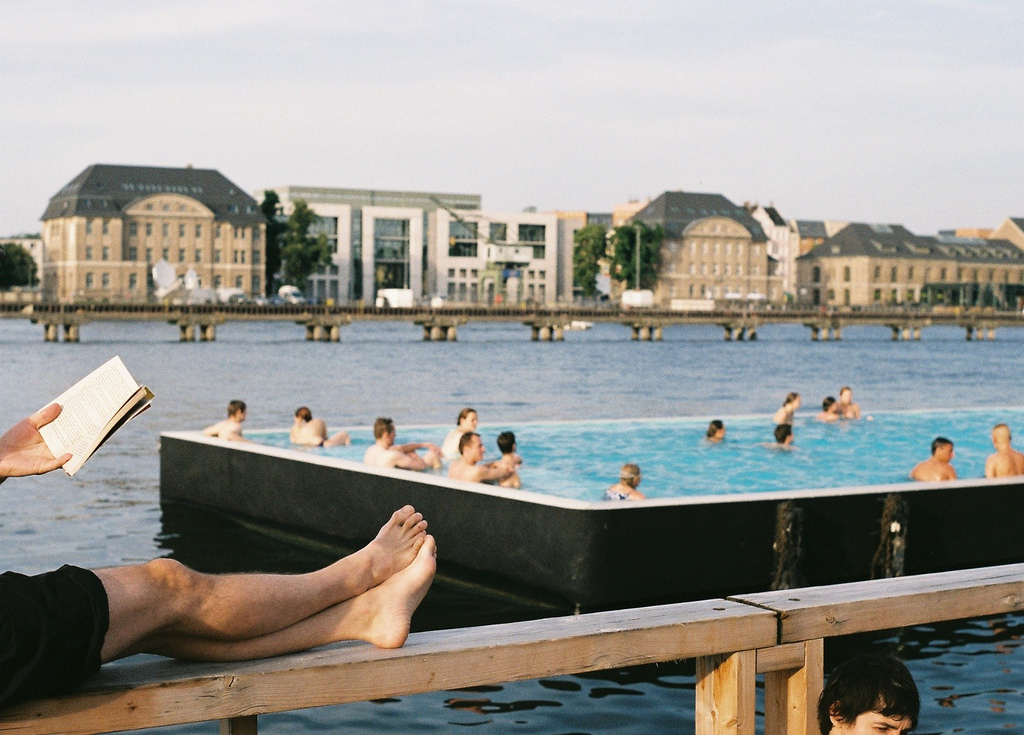 You’ve probably heard about this pool, located right on the Spree, more than once. It’s the perfect place to soak in the rather warm water and enjoy a great view of the famous Oberbaumbrücke bridge between Friedrichshain and Kreuzberg. It’s best to get there early and grab a sun lounger – it’s crowded in the afternoon. Admission is cheap, but you’ll have to fork out money for food and drinks – you’re not allowed to bring your own. The control here is stricter than at the airport, so even an empty bottle will be asked to throw in the trash. But a sandwich hidden in your swimsuit is unlikely to get noticed. 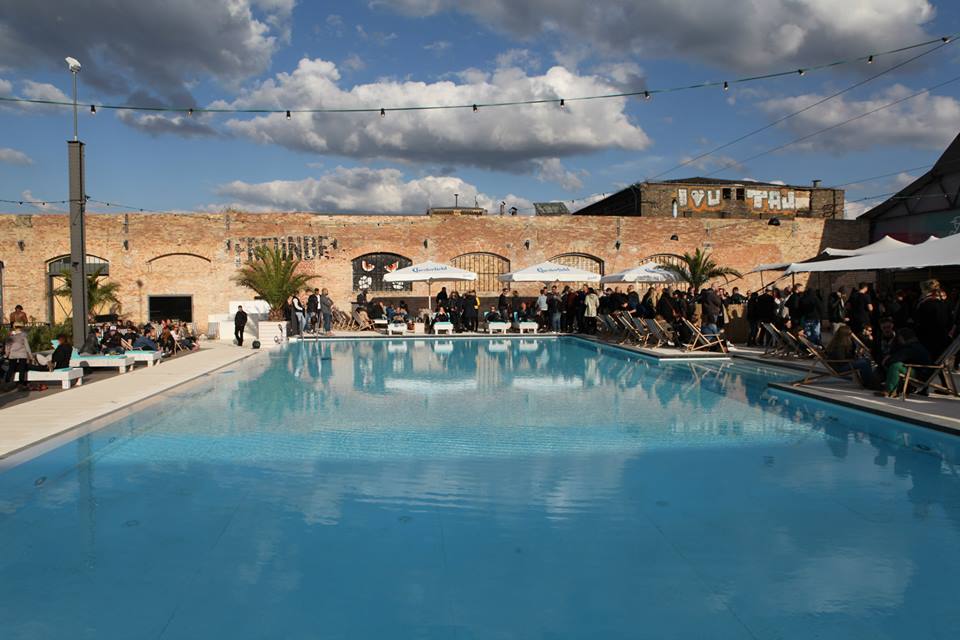 If you didn’t get enough room at Badeschiff, you can try to get into Haubentaucher, which differs from the first one essentially only in the lack of grandiose views. You’re not allowed to bring your own food and drinks, the audience is still young people in Calvin Klein bathing suits, and it’s even located near the “bathing ship” – in the industrial RAW-Gelände, famous all over the world for its clubs and bars.

This beach still has some of the spirit and architecture of the GDR pioneer camps. It feels like time stood still in 1985. There are no tourists here at all, entrance tickets are sold by children (pioneers, to be sure), and you can have a budget dinner with a meat patty and drink it with a good old Berliner Kindl. The beach owes such a paradise on earth not least to its remote location. To get here from the city center, take the S8 and get off at Grünau station. After a ten minute walk along the Wassersportallee you take the streetcar (public transport so you don’t need a ticket) to the other side of the river. After about ten minutes of wandering through the quiet, almost village side streets, you are there! 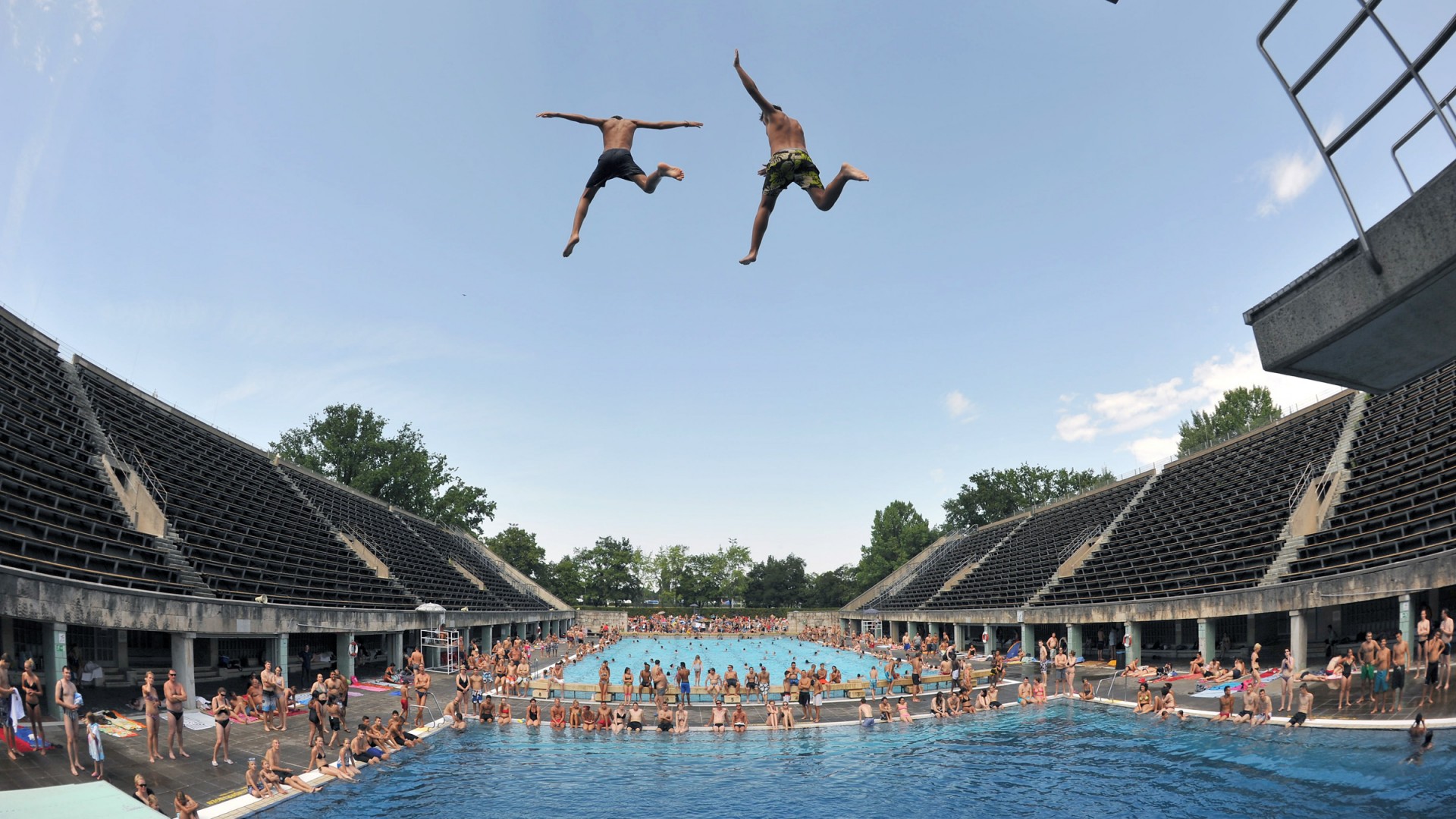 If you secretly admire Leni Riefenstahl movies, you’re here! This sports pool is located right at the “foot” of the legendary Olympic Stadium, built by Hitler’s personal architect Albert Speer for the 1936 Olympics. Keep in mind that this pool often hosts competitions, so find out in advance if it’s open to the public. 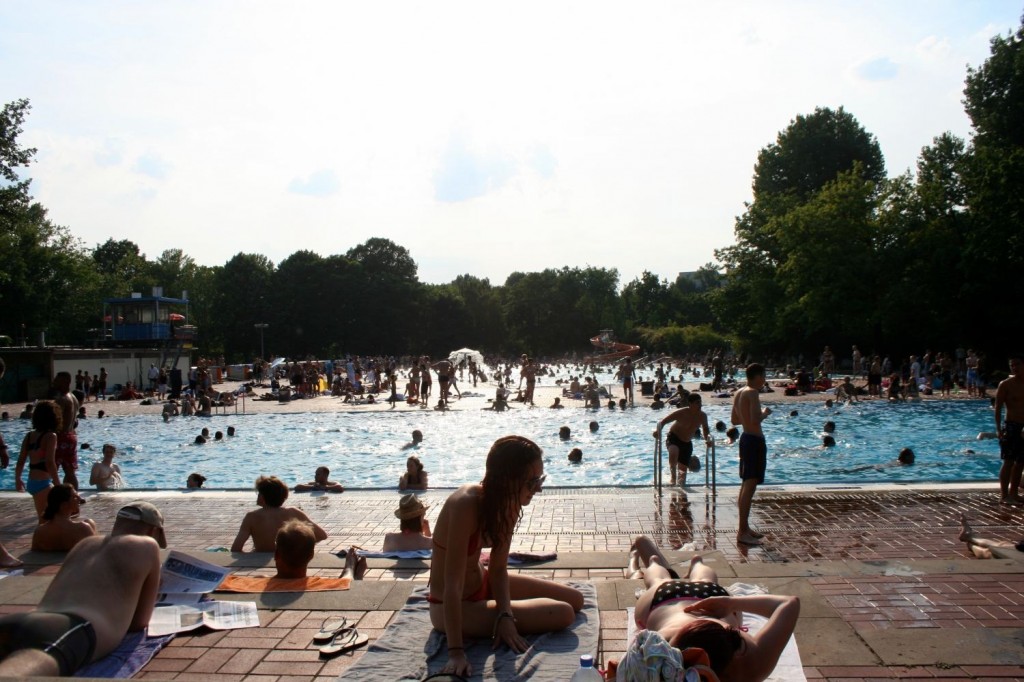 This open-air pool impresses with its ideal location – in the heart of Kreuzberg, one minute from the U1 Prinzenstraße subway station. But keep in mind that it’s not only bribing you, but also the many local teenage loafers, so watch out for stuff and the bazaar. There’s a sports pool and a pool for kids or those who just like to laze around in the water or go for a spin. 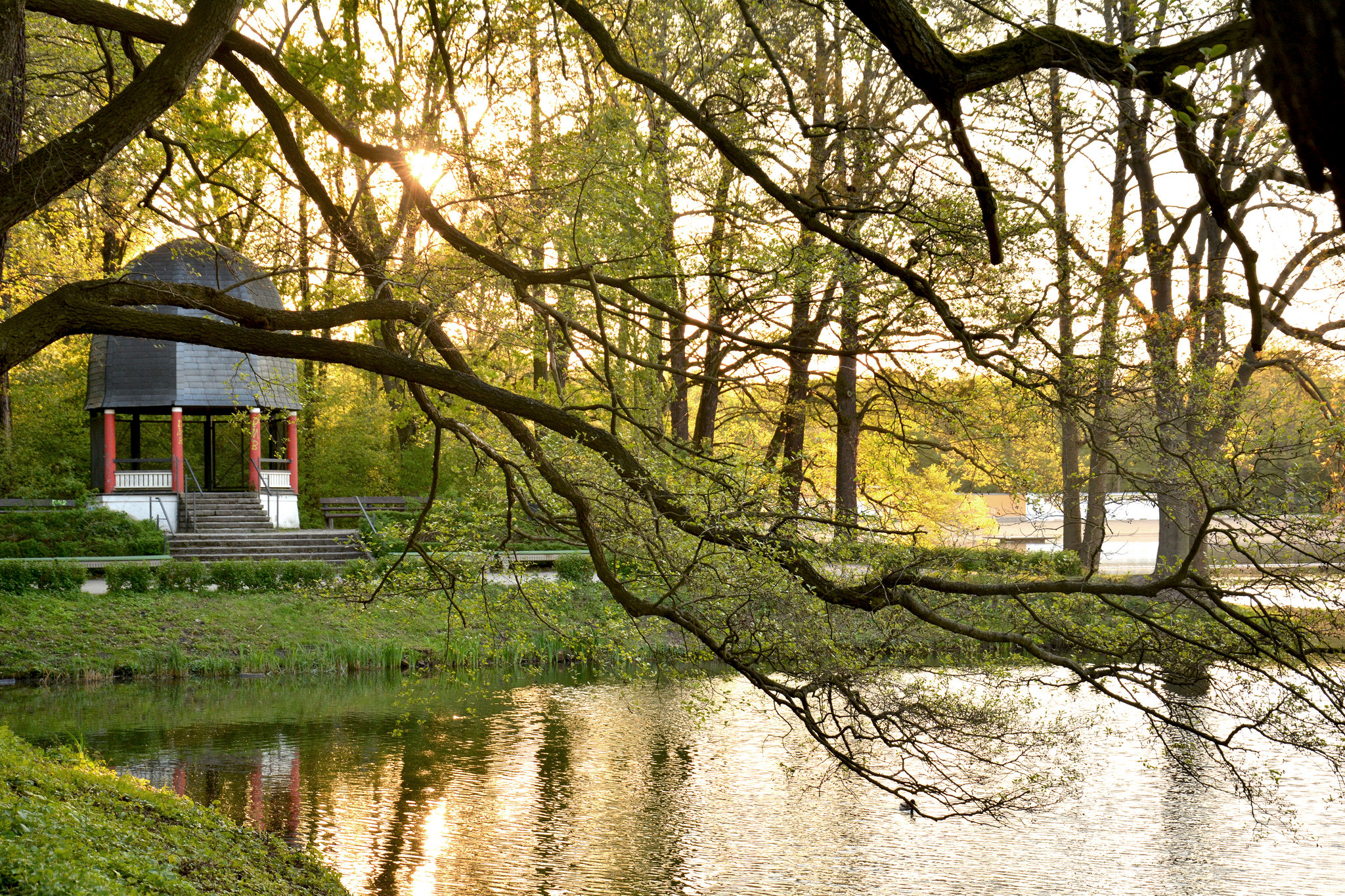 In the park of the same name there is a beach with a fee. If you’re rich or stupid, pay € 6 (no discount for students and schoolchildren), if not, go to the other end of the lake and hang out on the free beach with the same water and the same sand. On your way to the beach, walk around Großsiedlung Siemensstadt, one of Berlin’s six Art Nouveau neighborhoods listed as a UNESCO World Heritage Site. Ah yes, hundreds of wild hares scurrying through the courtyards of this neighborhood are normal. 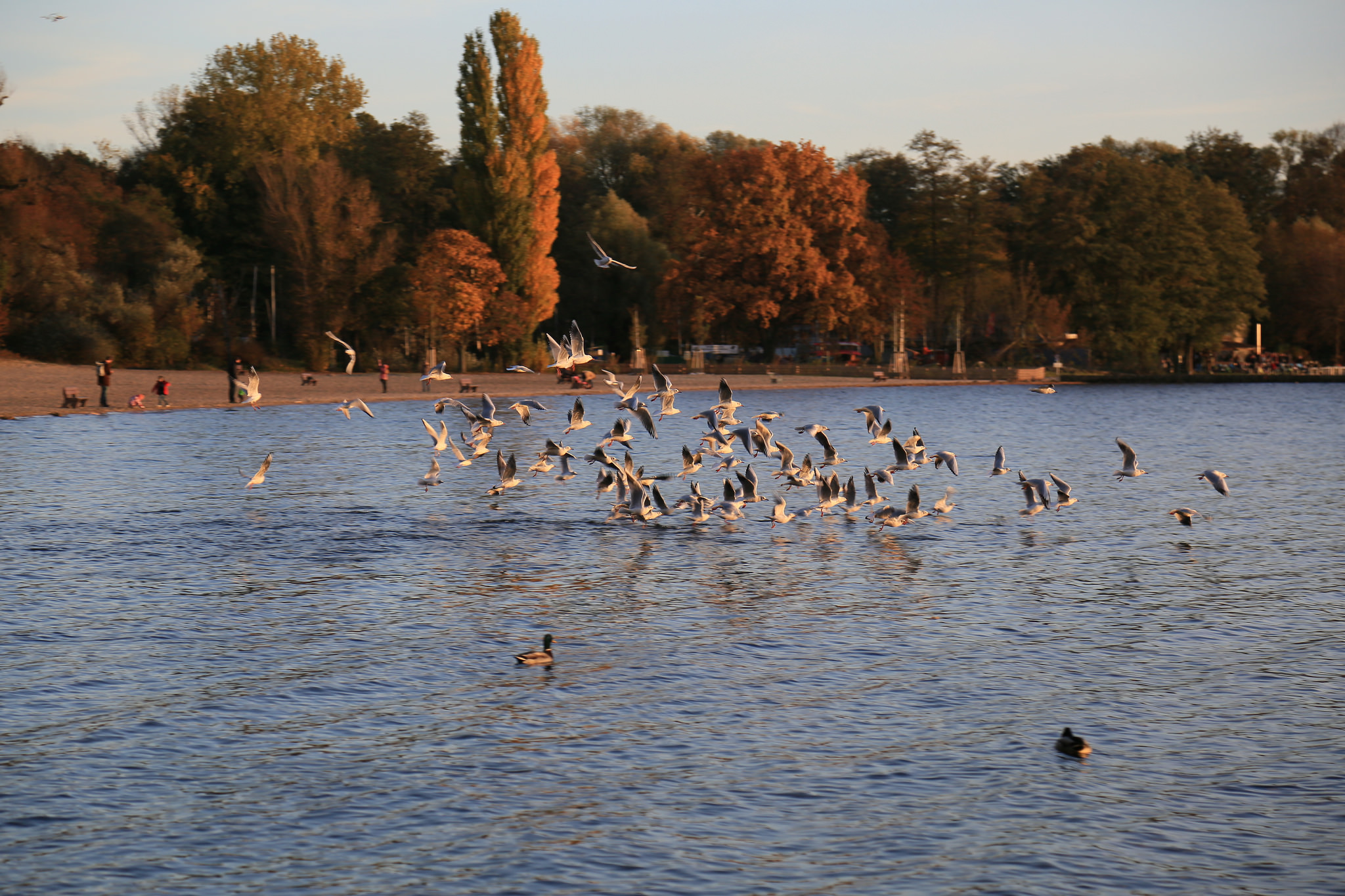 A very cozy little beach, located in the picturesque neighborhood of the same name on the shore of Berlin’s largest lake Müggelsee. Here you can chill on the sand, in the shade of trees on the lawn or on a wooden pier. You can also play beach volleyball, jump from the tower and rent a raft. 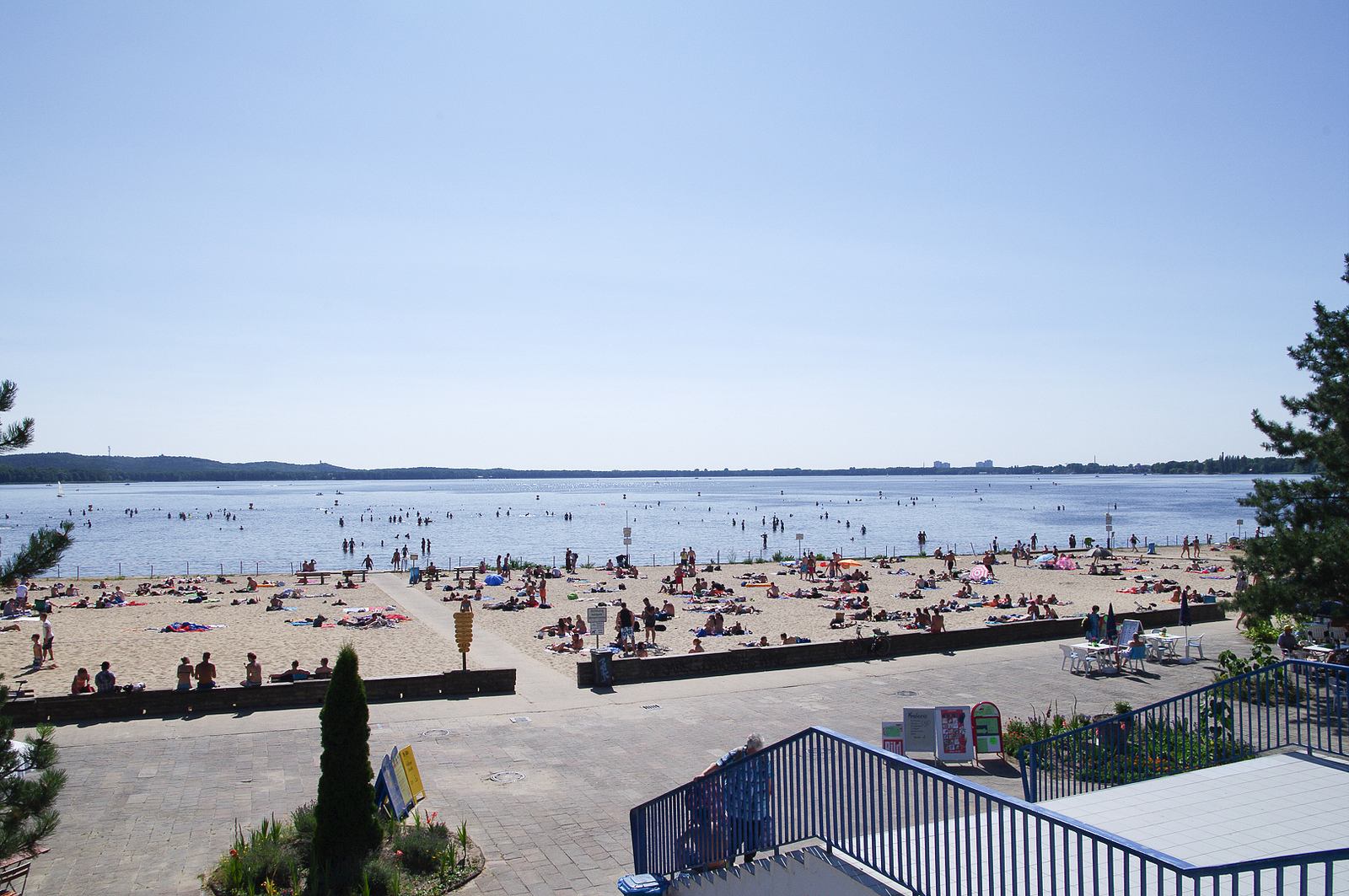 A huge beach that investors haven’t gotten to yet, so entry is free. That’s why it can be quite crowded, which, however, doesn’t stop the nudist dry-beaches from boldly flaunting their senile dignity. If you’re one of them, look for the FKK sign and join in! 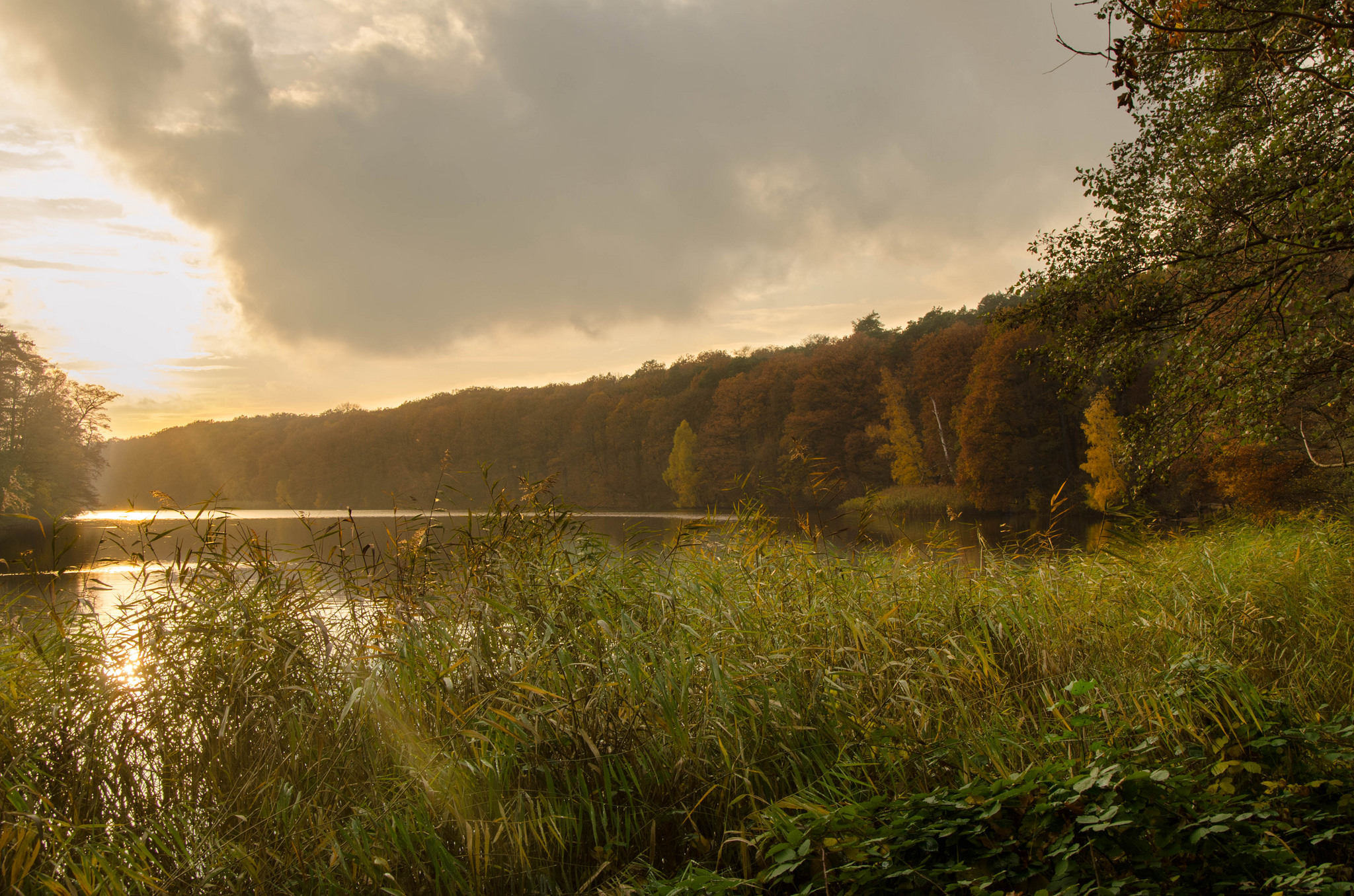 This wooded lake is located in southwest Berlin in the immediate vicinity of the S-Bahn station of the same name. If you’re going on a tour of Potsdam, it’s worth getting off at S1 Schlachtensee and taking a dip (the closest place to get into the water is literally two minutes from the station) to refresh yourself before a hot museum day. If you decide to stay the whole day, walk along the lake to the right of the station and in about ten minutes you’ll find a rather large beach. 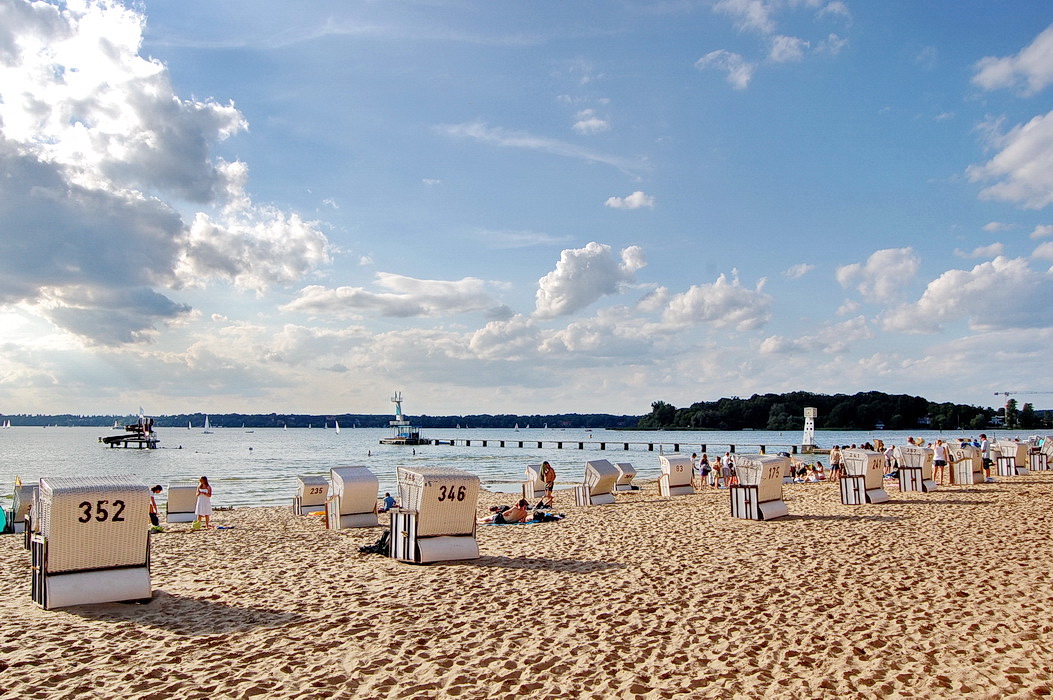