Kenya is one of the most beautiful countries in Africa but also one of the most powerful economies in the continent. Its charms are hard to resist, whether it’s a safari or a visit to Mombasa. Few compare to the snow-capped peaks of mighty Mount Kenya, the grassy plains of the Masai Mara and, of course, the white sands along the Indian Ocean.

Kenya is located in East Africa on the shores of the Indian Ocean. It covers an area of 582.6 thousand square meters. It borders Somalia, Ethiopia and South Sudan (to the north), Tanzania (to the south) and Uganda (to the west).

The largest city and also the capital of Kenya is Nairobi. It is currently home to over 3 million people, making Kenya’s capital one of the largest and most populous cities in East Africa.

Kenya’s topography is extremely varied – there are flat plains inland that are home to many species of wildlife. In the western part of Kenya you can admire the impressive volcanic massifs, tectonic ditches. It is in Kenya where the action of the iconic book and film “Goodbye to Africa” takes place. 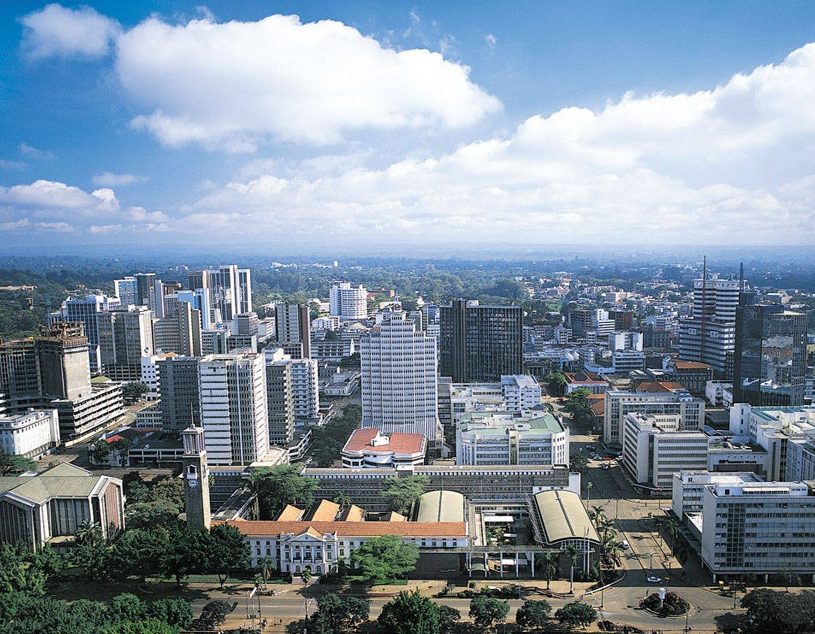 Kenya is a mountainous country . The East African Plateau, which occupies a large part of the country, reaches heights of up to 2,500 m above sea level at the highest points (south-west Kenya). Areas on its western border are crossed by the Great African Rift. Here are also the highest peaks of the country – Mount Kenya (5119 m) and Mount Elgon (4321 m). These are actually extinct volcanoes.

Along the coast, there are flat plains and extraordinarily picturesque coral reefs. There are two permanent rivers flowing through Kenya: the Tana and the Galana. The first originates in the Aberbein Mountains, then flows through Kenya and into the Indian Ocean. The Galana flows from the hills south of Nairobi and also flows into the Indian Ocean. You can admire the valleys of both rivers while visiting Kenya’s famous national parks.

Kenya also includes the northern part of Lake Victoria-the southern and western shores of the lake are already the territory of Uganda and Tanzania. Within the borders of Kenya is another of the Great African Lakes, Lake Turkana (Rudolph). As in the case of Lake Victoria, its waters are divided between two countries – Kenya and Ethiopia. The lake is also a tributary of two small Kenyan rivers (Kerio, Turkwell), which dry up in the dry season. 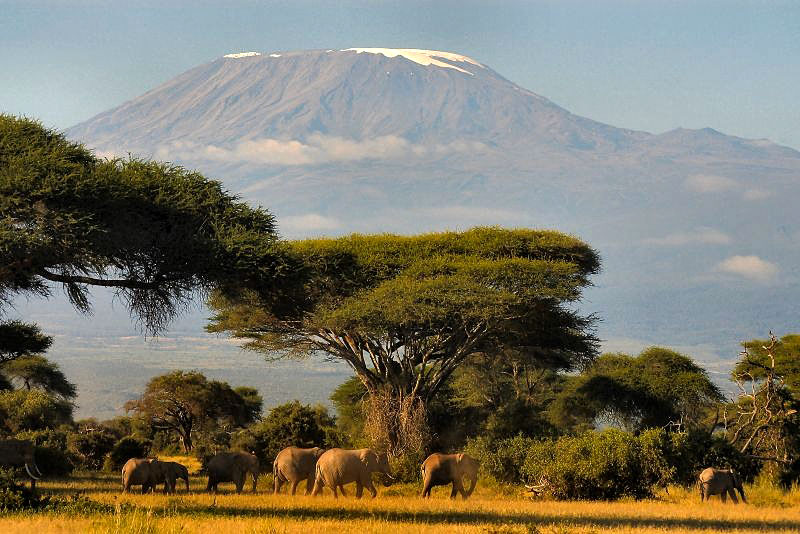 Kenya is located in the equatorial climate zone, so the phenomenon of four seasons is not observed here – the temperature rarely falls below 25 ° C.

You can divide the year into dry and rainy seasons. Period of high rainfall – is the period from April to June (which is also the breeding season of wildlife, so access to national parks is prohibited) and from November to December. However, you don’t have to worry about downpours during your beach holidays – the rainy season there is virtually unnoticeable. The least rainfall occurs in northwestern Kenya, where the climate is already close to that of the desert.

Traveling through Kenya, you can see all sections of African vegetation . In the lower parts of the mountains are equatorial rainforests, in the highlands are wet savannahs overgrown with baobabs and acacia, east of Lake Rudolph you will find semi-arid areas, and on the coast are tree savannahs and palm groves. 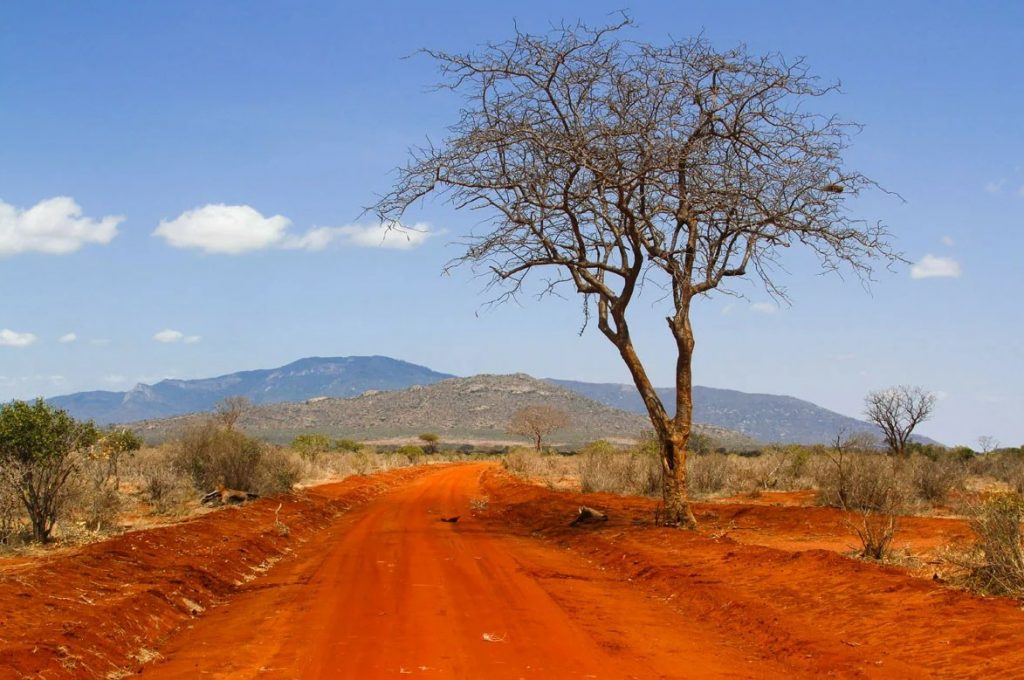 Kenya’s animals need no introduction, in no other African country will you find such great diversity and density of wildlife. Kenya is home to fauna from all over the continent. Unfortunately, many of them are now in danger of extinction. This is the result of hunting organized by European colonists since the mid-nineteenth century, as well as a growing problem of poaching.

However, one should not forget the underwater fauna and flora. One of the most beautiful coral reefs in the world stretches off the coast of Kenya. It is home to countless species of fish, sea turtles, squid, and crabs.

Kenya is one of the most ethnically diverse countries in Africa. Today it is home to 40 different tribes. Up to 70% of them are Bantu people (Kikuyu, Luhya, Luo, Kele and Kamba). Other groups are the Maasai and the Somali. In addition to the indigenous Africans in Kenya, you will also meet the Indians, who were brought by the British to build the railroad, and the Arabs, who are the descendants of the former merchants who took control of the coast.

You can easily communicate with the natives in English. It is the second official language after Swahili. However, it is worth remembering a few words in their native African language: jambo – good morning, asante – thank you, bwana – master, mama – lady, hakuna matata – no worries. 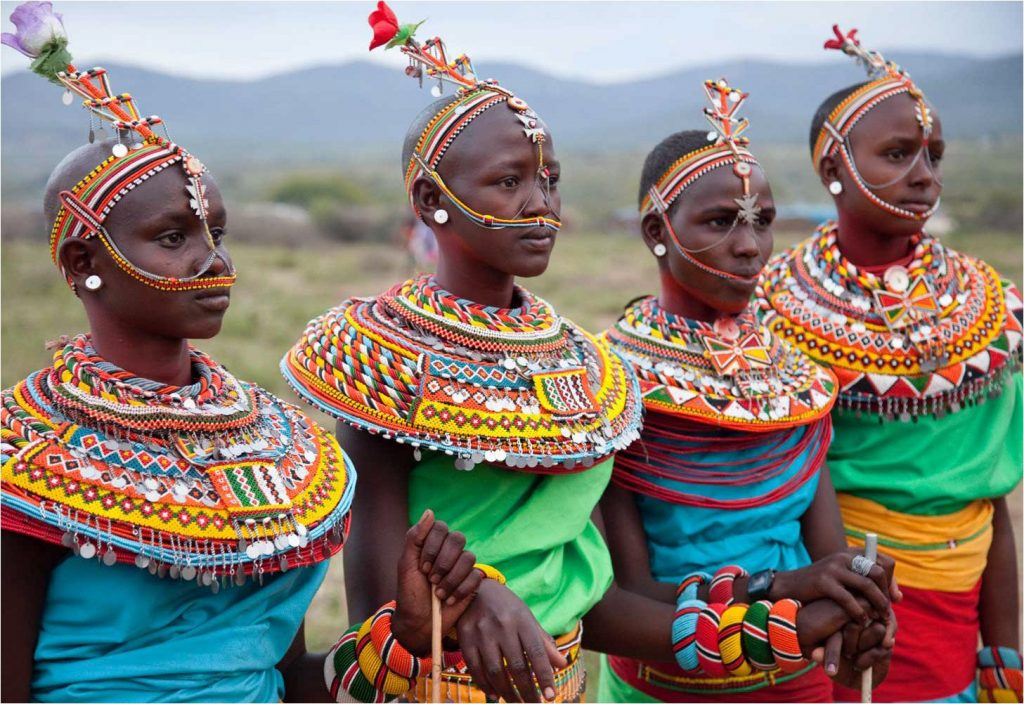 The vast majority of Kenyans are Christian. There is a Muslim minority on the coast (Mombasa).

Kenyans are mostly engaged in agriculture and tourism . Industry and the financial sector are concentrated in large cities such as Nairobi and Mombasa.

When photographing natives, it is best to ask their consent . The person photographed can also expect a gift in exchange for posing.

It is also advisable to tip (usually 10% of the price of the service). Not only waiters, but also bus drivers, cab drivers and hotel staff expect them.

Obligatory souvenir from Kenya – Kanga, a large handkerchief, decorated with ethnic patterns. It is also worth bringing back from your trip coffee and handicrafts. The original price is usually twice the actual value of the goods, so you should be ready to haggle. In Kenya, as in many former British colonial countries, traffic is on the left. 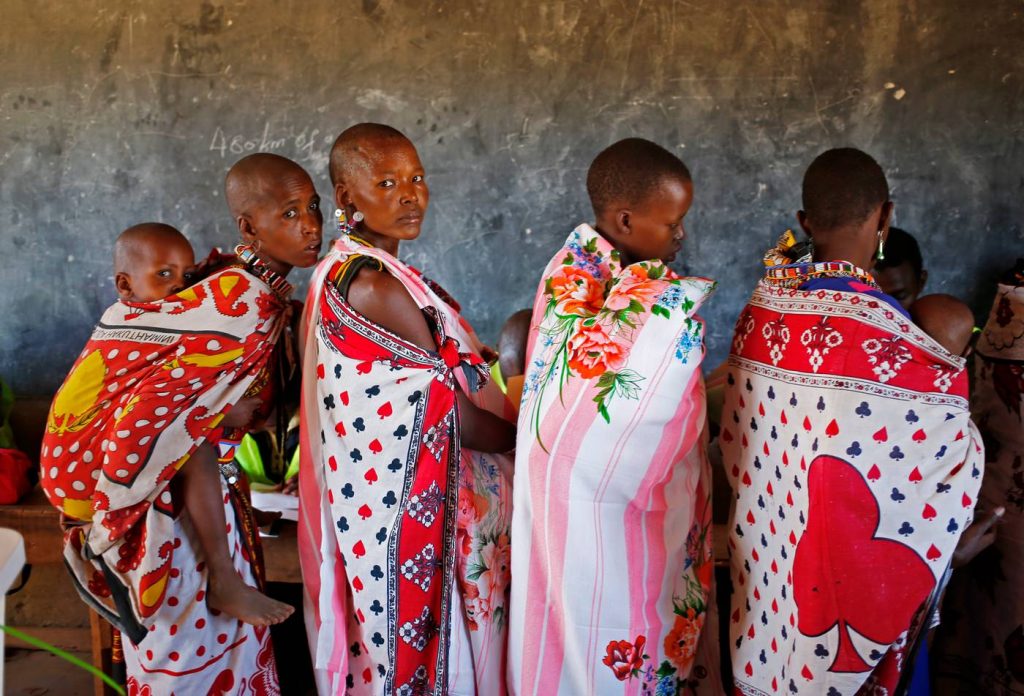 The dominant religion in Kenya is Christianity, which spread here after the arrival of the Portuguese. The second religion is Islam, practiced by 11% of the population. Both the Christian and Muslim communities retain many traces of African cults – they are expressed mainly in legends. There are few confrontations between religions in Kenya. But, like the rest of Africa, there is no tolerance for atheism.

Before the 7th century the territory of present-day Kenya was divided among numerous clan states formed by the Bantu tribes, who appeared in Kenya, most probably during the early Iron Age.

In the 8th century the Arabs reached the local coast, bringing Kenya into the sphere of influence of the Sultanate of Oman. However, the Arabs settled only on the coast, trading in ivory, gold and slaves. 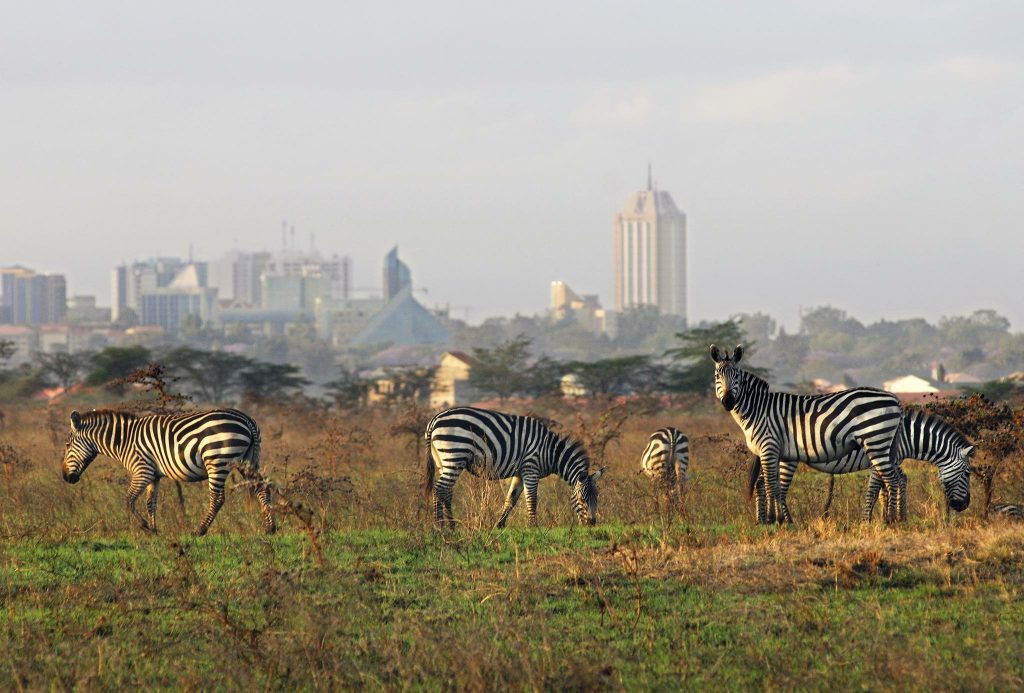 It was the same with the Portuguese, who began colonizing the Kenyan coast in the early 16th century – they also did not venture deeper into the continent.

The situation changed only in the 19th century: first German explorers reached the nomadic tribes of the Kenyan highlands and then the British missionaries got to them.

So a conflict arose that made itself felt during the so-called “Race for Africa. Kenya was then the subject of a dispute between Great Britain and the German Empire. Eventually, in a treaty concluded in 1890, Kenya fell under British protectorate, which lasted until 1963, when the African state regained independence.

Kenya is above all a safari. Exotic animals have attracted tourists here since the mid XIX century, but at that time the main attraction of Kenya was hunting, which was attended by wealthy European and American aristocrats, such as U.S. President Theodore Roosevelt. Today it is mostly an opportunity to enjoy the view of animals in their natural habitat, none of the animals are in danger.

READ
What is hidden from the eyes of tourists in Thailand 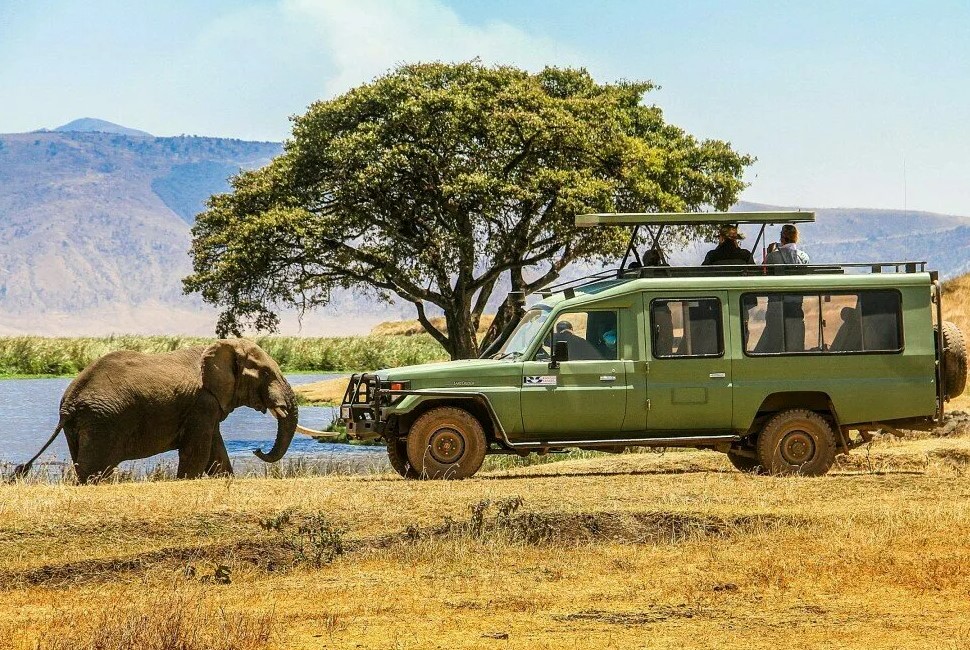 Hunting has long been banned in Kenya, and most safaris take place in national parks and reserves.

One of the most popular is Amboseli Park, where you can admire the animals in front of the volcano Kilimanjaro, which, although located on the Tanzanian side of the border, but from Kenya looks just as beautiful.

However, the sights of Kenya do not end with one safari . Along the coast stretches 536 km of white sand beaches, where you can relax almost all year round. – But not just sunbathing and swimming in the warm waters of the Indian Ocean.

The coastal resorts excel at inventing activities for tourists: diving among coral reefs, fishing in the open sea, skydiving, playing tennis – these are just some of the countless activities that await lovers of active holidays in Kenya.

History buffs will also be satisfied . Cities such as Nairobi or Mombasa contain many historic buildings. One of the most valuable is the Portuguese fort “Jesus” built in the 16th century. 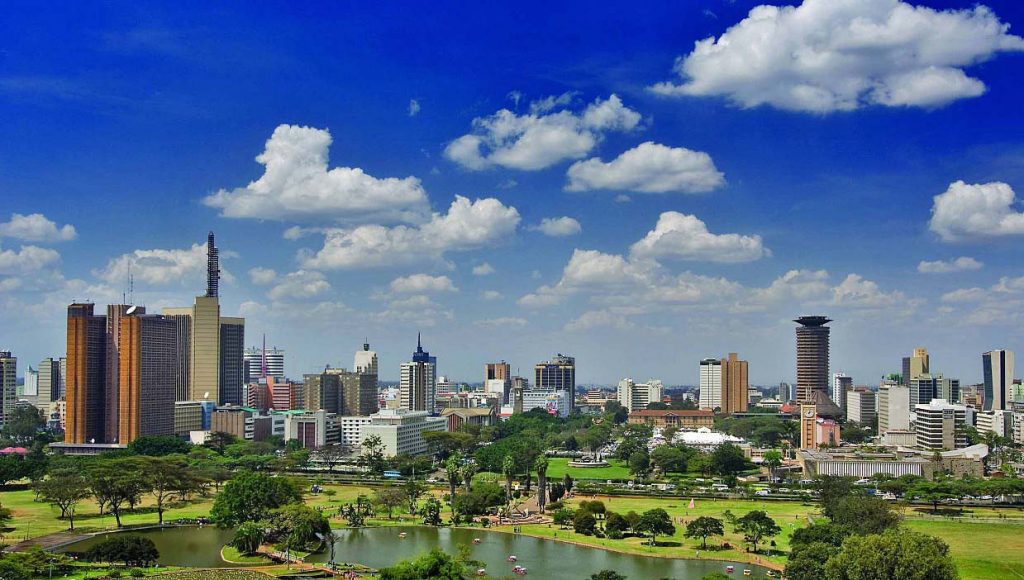 The capital of Kenya and one of the largest cities in East Africa is Nairobi.

Located in the center of the country at an altitude of 1700 meters above sea level, at the foot of the Aberdare Mountains and the source of the Ati River, the city has undergone a major transformation since its founding in 1899.

Today it is home to more than 3 million people, a number that is growing steadily.

Nairobi itself has developed very dynamically in recent years, and it is hard to believe that this place was recently inhabited by wild animals. – Glass skyscrapers, numerous office buildings, shopping malls and the pace of life resonates with this fact.

About 10 kilometers from the capital of Kenya is Nairobi National Park, which is one of the main tourist attractions of the country. 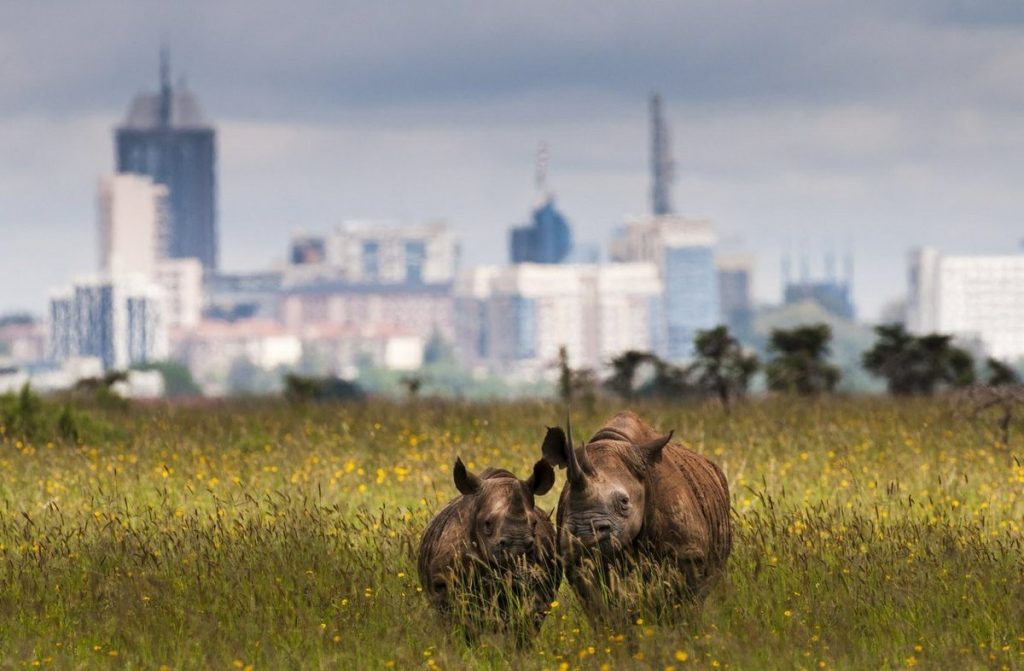