One of the most developed cities in Japan is its capital, Tokyo. It’s a huge metropolis, with extremely developed financial, commercial and tourist systems. Every day a huge number of people come there to work, thousands of tons of cargo are shipped, and tourists from all over the world are looking forward to the day when they can set foot on the ground of this extremely developed city.

Tokyo is located on the island of Honshu . Its approximate area is 2187.65 km and its population is 13,051,965 people, although during the daytime the population increases noticeably (by about 2.5 million people) thanks to the students and workers arriving in the capital from the neighboring cities. The area on which Tokyo is located has been inhabited since the Stone Age by local tribes.

Supposedly in the 12th century AD, the local Edo warrior Taro Shigenadoy built a fort and as early as 1457 Edo Castle was erected. Four centuries later, in 1869, Emperor Mitsuhito of Japan renamed Edo to Tokyo and made it the capital . The year 1923 was marked by the largest earthquake in the history of the city, which resulted in the ancient capital of Japan was almost completely destroyed. 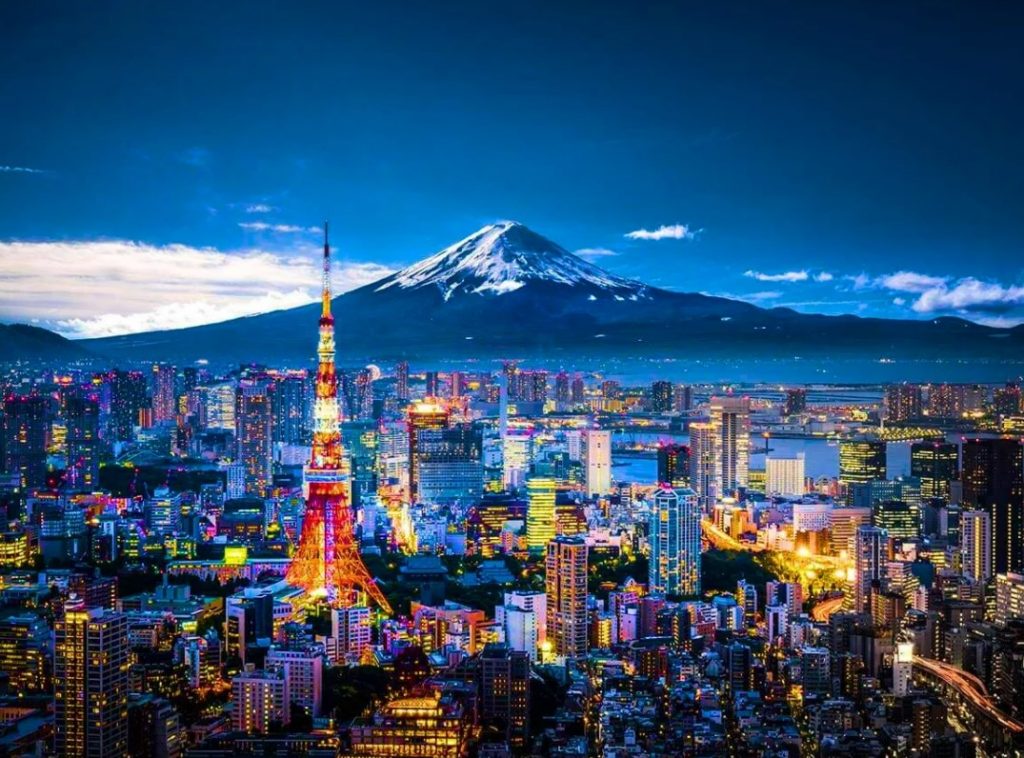 Currently, due to seismic activity, there are discussions about moving the capital to another city . Tokyo, along with London and New York is the world’s financial center, as well as one of the most developed agglomerations in the world. And a large part of the economy of the city is tourism, which is well developed in the country, because agree, many would love to admire such a mysterious and at the same time crowded city.

Tokyo is a city of contrasts, because probably nowhere in the world people could not so skillfully combine the old city and modern metropolitan styles. Perhaps it is this characteristic difference that has made Tokyo so popular among tourists . If you come here, you will need more than a week to see all the famous places of Tokyo.

There are a lot of shopping and entertainment centers as well as dozens of restaurants where you can taste almost any variety of dishes of Japanese cuisine.Among the many attractions of Tokyo, however, stands out the Imperial Palace, which was the residence of emperors during the period when Edo was the first capital of Japan. It is located on the site of the old castle, of which today there remains only the foundation. 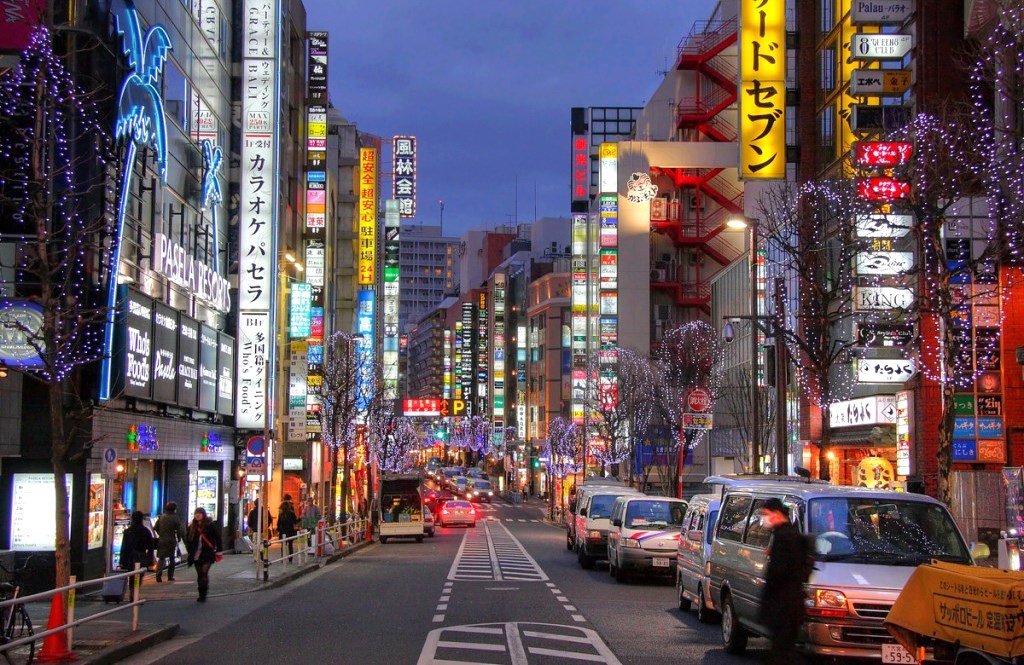 The palace itself, which can be seen now, is an exact replica of its predecessor, as the first building was destroyed by bombing. On other days you can visit the Oriental Park located in front of the main entrance.

The Ginza district is the shopping district of the city and is known for its high prices and fresh fish. It’s from here that all the fish products arrive in the city’s restaurants. In this area is also located the office of the corporation “Sony”, where everyone can look at the latest developments of the company.Togu Palace – was built in 1974, is currently a residence for the reception of state guests.

Almost the entire complex in its architectural style resembles Buckingham Palace (London), and the interior design – Versailles (Paris).Tokyo TV Tower – built in 1954, is still the highest building in Tokyo (333 meters). Its prototype was the Eiffel Tower, which was 10 meters lower than its copy. At the foot of the tower is a museum of wax figures. 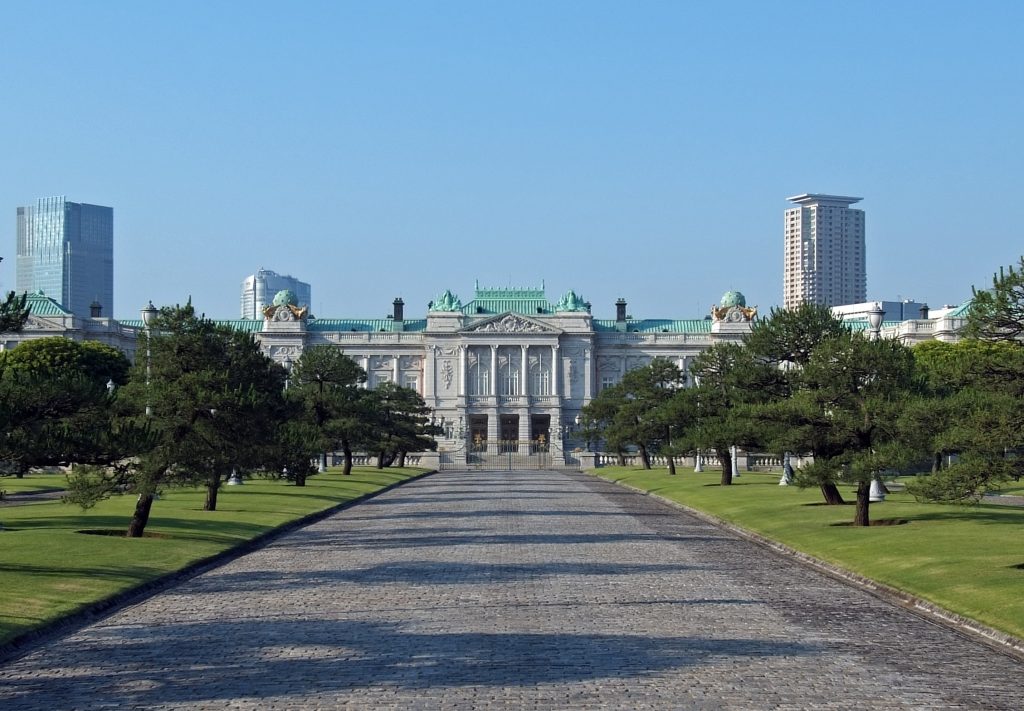 Tokyo National Museum is the largest museum in Japan with a rich exhibit. There are over 90,000 exhibits from ancient times, when the capital of Japan before Tokyo was Edo, to the present time. Sengakuji Temple is a small but very famous temple in all of Japan. It became famous for the sad event of 1702, when 47 samurai committed hara-kiri. To this day, hundreds of Japanese come there to pay their respects.

READ
What to see in Jerusalem: the Hurva synagogue

Living in big cities and megacities, we all sometimes forget what nature and fresh air means. Arriving in Tokyo, and looking at it, it seems that it is the same as all other cities. And, as sad as it sounds, this opinion is not wrong.

Every meter of land is built by glass and concrete high-rises, everything is asphalted and concreted, hundreds of wires hang overhead, and railroads have entangled and squeezed it from all sides. And if you’re looking for a place where civilization and nature combined into one, it’s not your city. But for the rest of you, have a pleasant trip and a good time. 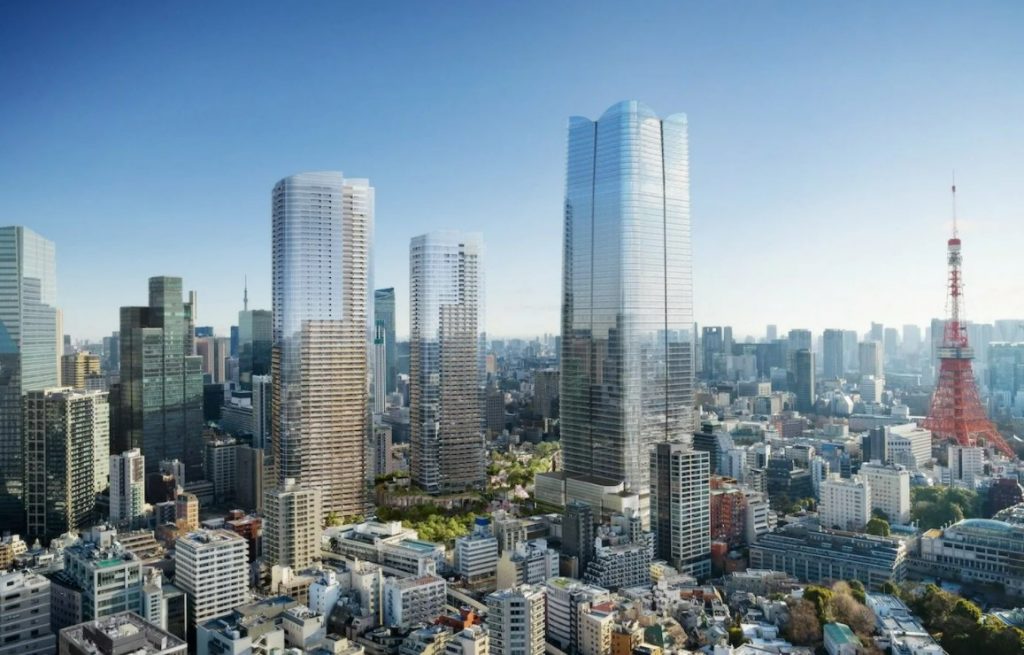 Tokyo, the capital of modern Japan

The capital of Japan is Tokyo ( in Japanese 東京 To:kyo:), 1868 – the year of its foundation . It used to be a small village known as Edo, under the rule of the brutal Tokugawa shogunate. At that time the town was little more than a lively castle settlement. At the end of the Tokugawa shogunate clan’s reign, the city was renamed Tokyo. The previous capital of Japan was Kyoto (Japanese 京都市 Kyo:to-shi).

The founding date of Edo was 1185-1333, the time of the Kamakura samurai regime. It was named after the governor of the Kanto region, Edo Shigenaga. Due to the accessibility of land, sea destinations, the ruler decided to turn this locality into his own headquarters. Also because of the decision by Prince Minamoto – Tokugawa Ieyasu to establish the Tokugawa shogunate there in 1603, Edo was transformed into the capital it is today.

History of the city’s development

By 1721 it had become the most populous city in the world. It was the political and commercial center of Japan, thanks to the power of the government. It was considered especially important economically, but it was not able to take back the title of “capital” from Kyoto until after the Meiji Revolution.

During this period, the Emperor’s supporters fought to return the Meiji ruler to the throne, to dismantle the feudal system. The country’s last Shogun, Tokugawa Yoshinobu, succumbed to Meiji’s rule and position when the troops were defeated by the Imperial army.

Including the Tokugawa territory was handed over to the new ruler. Instead of attempting to transfer the power, influence of the city to the capital, Edo became the Emperor’s new home, then the capital of the country. It was named the “Eastern Capital” – Tokyo.

The modern capital of Japan is a new city, but already with a difficult fate. In September 1923, the Great Kanto Earthquake struck Tokyo. The fires caused by the earthquake burned the center to the ground. In World War II, the city was crushed by American bombing, again destroyed and burned.

The current city is a rich, lively and densely populated metropolis (about 13.5 million people). Its area reaches 14034 km². The emblem (better said, the emblem) depicts the sun radiating energy in 6 directions.

This region is home to 30% of Japan’s population . The National Capital Region consists of Tokyo and seven adjoining prefectures:

The Tokyo metropolitan area consists of administrative units of special parishes and municipalities . The “central” area is divided into 23 special districts (ku in Japanese). Izu and Ogasawara Islands are also an administrative part of the city.

The main districts of the capital that should be visited:

Other places to visit are Shibuya Crossing, Tsukiji Fish Market, Yasukuni Shrine, Dzojoji Shrine, Meiji Shrine. To appreciate the scale of the city, you can get from the TV towers of Tokyo and the Heavenly Tree.