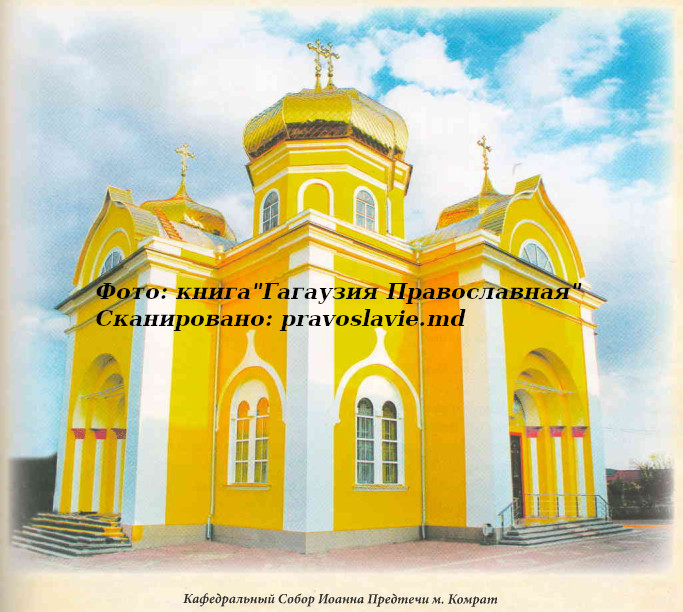 Every year, on January 20 (January 7 according to the new style), the residents of the Comrat municipality, clergy of the John the Baptist Cathedral (m. Comrat) together with the whole orthodox community of the country, celebrate one of the most worshiped holidays of the Christian Church – John the Prophet, Baptist and Baptist. On this day the citizens of Comrat celebrate their church holiday. The parishioners and guests come to the Cathedral of John the Baptist from Comrat and take part in the Divine Liturgy, gathering a great number of parishioners and guests not only from the territory of the municipality, but also from the entire Gagauzia and beyond its borders. Every year on this day the first persons from the region of ATU Gagauzia (Gagauz Yeri), legislative and executive power representatives of the Republic of Moldova, representatives of embassies accredited in the Republic of Moldova and foreign guests take part in this event. 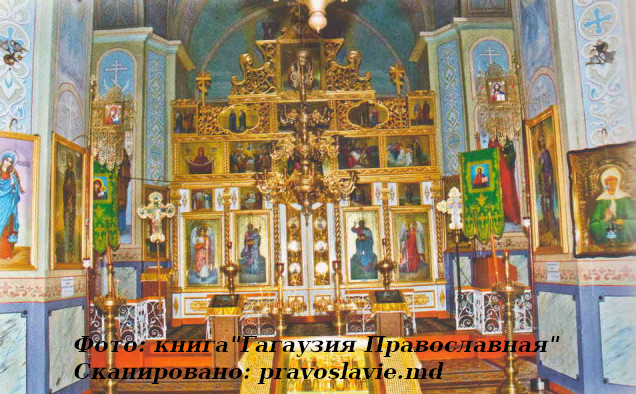 John the Baptist Cathedral in Comrat m. Comrat has the status of a cathedral and has its own parish, which is part of the parishes of Cahul-Comratian Eparchy of the Moldovan Metropolitan Diocese of the Moscow Patriarchate. The Moldovan Metropolitan Church of St. John the Baptist Cathedral serves as the regional church-administrative center of the Archdiocese of Cahul and Comrat. The John the Baptist Cathedral was registered with the State Service for Religion and Worship in 1989. The Orthodox parish of the Church of St. John the Baptist in Comrat was registered on 1 October 1996. The architectural complex of the Cathedral was registered in the corresponding territorial cadastral bodies and certified in 1993 under No. 228, at the address: 195 Lenin Str., Comrat, Republic of Moldova [2]. The area of the entire territory of the temple complex is 0.389 ha. [2]. The interior paintings and decorations of the temple are modern. Above the main entrance to the temple, on the inside, there is a spacious choir, where the church choir singers are often located during liturgies. The building of the cathedral is a capital five-domed stone structure. The bell tower is also made of stone and is located separately from the church building, while being an integral part of the architectural ensemble of the Cathedral of St. John the Baptist. A broad span of the lower tier of the bell tower serves as the main entrance to the territory of the church complex. The main bell was cast in the pre-revolutionary period (before 1917) in the town of Nemirov, Podolsk province, at the plant of George Vladimirovich Radzikhovsky. The weight of the bell is 159 poods 32 pounds, or more than 2.5 tons. The bas-relief on the outer surface of the bell bears a portrait of a Comrat resident, one of the parishioners of the Buklukchu family. The middle bell, like most of the rest of the bells of the cathedral, was cast in Moscow, at the factory of honorary citizen Andrey Dmitrievich Samgin in 1870. Weight of the bell – pood 15 pounds, or more than 1150 kg. [16]. 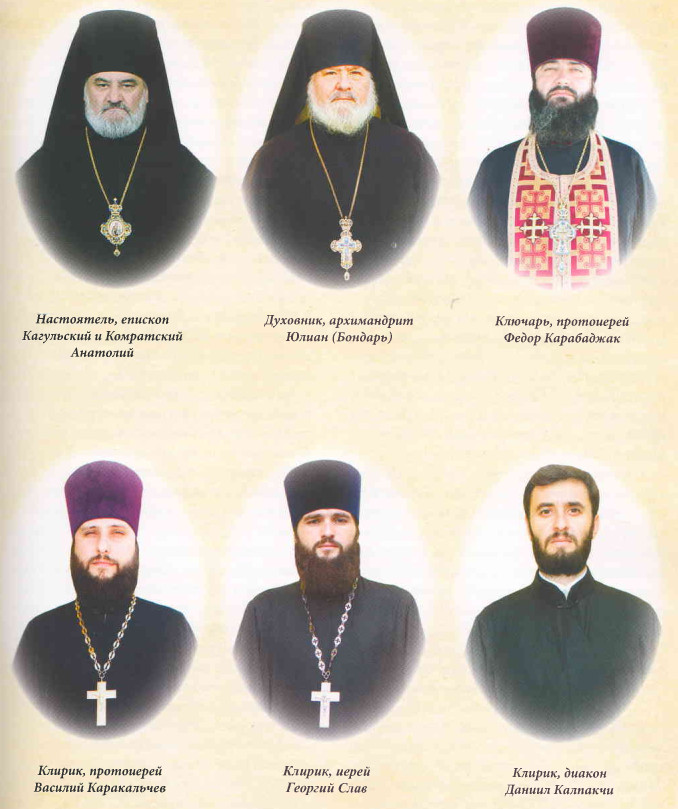 The bell towers on the cathedral’s bell tower and in the building are equipped with 11 bells. Eight of them are placed in the bell tower (one of them is not in working order), 3 small bells are located in the temple itself. The tradition of placing small bells in the temple has its ancient history. Probably during the years of danger and persecution of the church, in order not to break the tradition of Orthodox liturgies and not to cause unnecessary anger of enemies and foes bell ringing, it was decided to do with a minimum number of bells, installed in temples and not producing much noise effect from the outside of the temple. The building of the cathedral and the territory of the church are located in the cultural-historical and administrative center of the city and are surrounded on three sides by a city park. The main gate of the cathedral faces the main road of the city, separating the religious orthodox complex from the Alley of Glory, which is located just opposite. The courtyard is paved with paving slabs. On the territory of the cathedral there is a small modern one-story building for the needs of the temple, with a two-story roof. The alley leading from the main gate to the main entrance of the temple is covered with a metal arch covered with vines, to the right of which there is a consecrated well. The best view of the architectural complex of the Comrat John the Baptist Cathedral can be seen when entering the capital of Gagauzia (ATU Gagauzia Pri) from the east, along the highway Ceadir-Lunga Camrat. The ruling bishop of the John the Baptist Cathedral is Anatoli (Botnar) Bishop of Cahul-Comrat. The spiritual leader of the temple is Archimandrite Julian (Bondar). Keymaster of the temple Archpriest Fedor Karabadzhak. Clergy: Archpriest Vasily Karakalchev, Priest George Slav. The total number of persons in the temple (together with the sexton) is six.

From the history of the Comrat John the Baptist Cathedral

The exact date of the start and end of the construction of John the Baptist Cathedral is not known for sure. Particularly, in 1840 in “Information on the situation of churches and cults in ATU Gagauzia by district” is indicated as the year of construction. The same date is mentioned in a number of other sources[34]. The overwhelming majority of information and opinions about the date of construction of the Comrat Cathedral building allow the following dating: 1840 – 1856.[1] A representative of the Buklukchi family, whose face is immortalized in a bas-relief on the surface of the main concourse of the cathedral, significantly contributed to financing the construction of the cathedral and the bell tower. The first priests of the cathedral were priests of the “sacred place” that was situated on a hill east from the modern Comrat reservoir, on the mountain Kipchak, which kept its name from a settlement of the same name that was situated there until the beginning of the 20th century. The clergy was invited by the Comratians as the first official clergy to lead worship services in the Comrat cathedral. According to the published summary statistics of the Chisinau Ecclesiastical Consistory at the beginning of the 20th century. Comrat was part of the 3rd district of the Bendery district.