Japan, how it all began

The earliest human settlements in Japan are estimated to date back to the Ice Age, about 30,000 years ago. At that time, all four major Japanese islands were connected. The southernmost island of Kyushu was attached to the Korean peninsula, and the northernmost island of Hokkaido to Siberia.

From 710 the capital was Nara, built in the Chinese style and symbolizing the breakaway of the aristocracy from tribal culture . Buddhism continued to gain strength, and in 738 Emperor Shomu, in an effort to counter the smallpox epidemic and social unrest, founded the Buddhist temple of Todaiji and ordered a 16-meter gilded bronze Buddha (53 feet) to be built for it.

Japan’s subsequent history is filled with political infighting within the country. The main struggle was between the emperor’s advisors. The struggle was over the control of all parts of Japan and the establishment of unified control over them. By decision of the emperor, the closest advisors were scattered to different cities of Japan and had their own power. In this connection, in our time in Japan, there are many cities with developed infrastructure, not inferior to the capital. 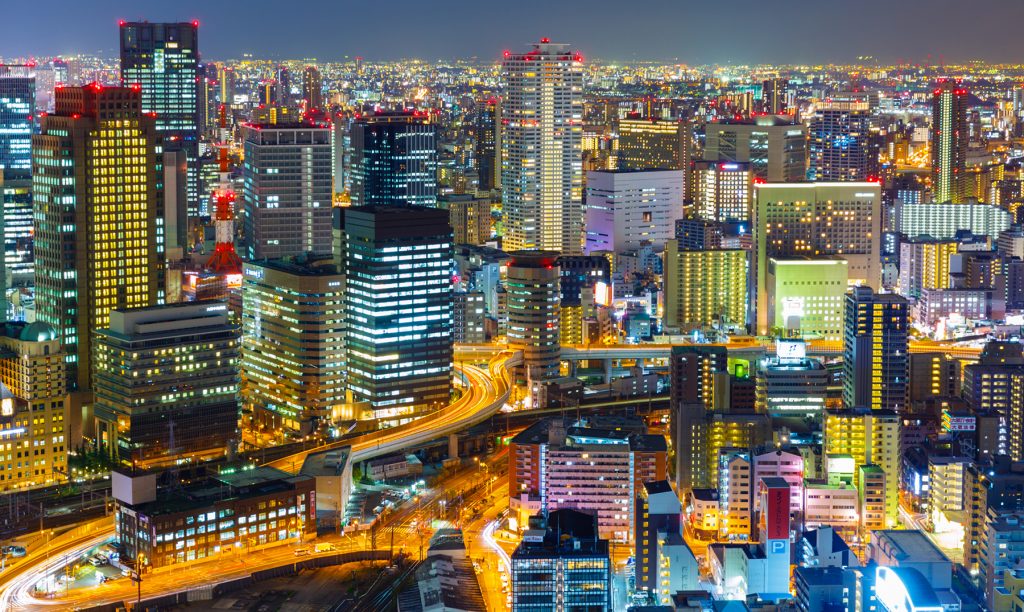 Since 1573 a new era has begun in Japan . The era of the Ajuchi-Momoyama began as a competition between the most powerful parts of the country. During this period a new emperor came to power. Determined and ruthless, Oda Nobunaga set about conquering all of Japan. This period was marked by the construction of the Ginkakuji Shrine and the Azuchi Castle.

Next was the Edo period. This period was marked by more than 260 years of peace and stability. Under the reign of Tokugawa Paksa, the growth of the great city of Edo (present-day Tokyo) began. During this period four class divisions took root: samurai, farmer, craftsman and merchant, Japan also adopted a policy of national isolation. Popular entertainment such as bunraku, kabukii ukiye-e, woodblock prints developed before the arrival of Western navies, and technology led to the violent overthrow of the regime and the restoration of the emperor.

READ
Valentine's Day in Nice, France. Things to do, offers and restaurants

The Meiji period began in 1868 . It marked a series of fundamental changes in Japanese society as the new government attempted to modernize and industrialize the country in an attempt to match the power and technology of a dynamic and threatening West. 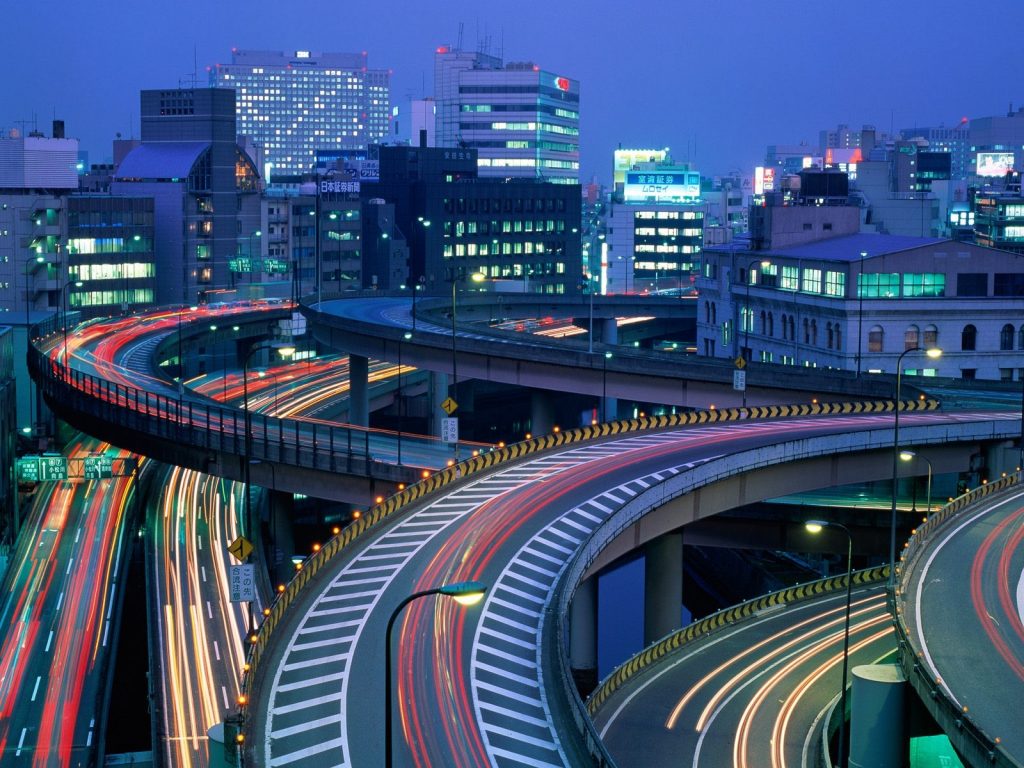 The Taise period (1912 – 1926) is often considered the brief heyday of democracy in Japan before the country descended into militarism, ultranationalism, and totalitarianism in the early Seva period. The Taise period was marked by the transition of power from the already aging Meiji oligarchs, to the newly established, though weak, political parties.

After World War II, Japan was once again on the path to securing its place in Asia and the rest of the world. Through economic rather than military domination, relying on both the protection of the United States and its own military resources, Japan strengthened its position in the political space. The economy and relations with America have shaped Japan’s postwar history.

2. How Japan became the fastest-growing tourist country in the world

In not too distant 1995, a modest 3.3 million travelers went to Japan, a charming land of ancient temples, neon skyscrapers, snow-capped mountains and sandy beaches. That year, according to the UN World Tourism Organization (UNWTO), it was the 34th most visited country on the planet, behind such countries as Bulgaria, Ukraine and Belgium.

During the next decade, growth was steady, albeit slight. In 1998, 4.1 million international travelers spent at least one night on Japanese soil, making it the 33rd most visited country. In 2005, the number of visitors rose to 6.7 million, moving the country to No. 32 on the list. In 2010, with 8.6 million international tourists, it moved up one more place to 31st. 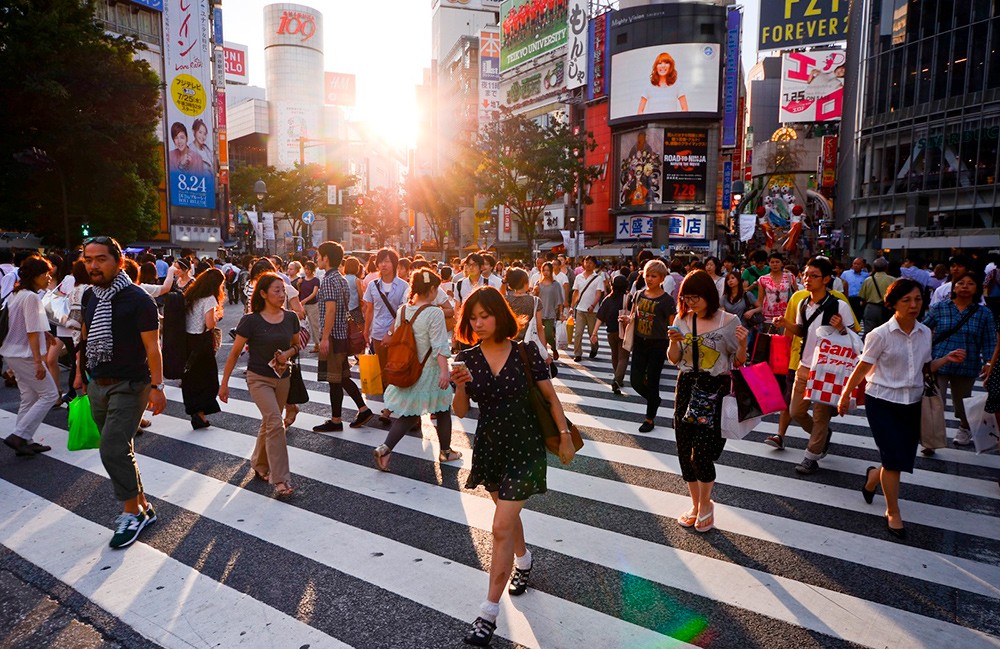 2. How Japan became the fastest-growing tourist country in the world

The country was hit by the Fukushima nuclear disaster in March 2011, and visits dropped to 8.4 million in 2012. Since 2013, however, something momentous has happened.

Annual arrivals have grown by more than 23 million , making Japan, in some ways, the fastest-growing major tourism destination of the decade. The UNWTO estimates that 31.2 million international tourists visited Japan in 2018, up 263 percent from 2010. Suddenly it was the 11th most visited country on the planet.

What contributed to this growth?

Japan’s rise demonstrates the value of reducing bureaucracy . In 2013, the country eased visa restrictions for visitors from Thailand, Malaysia, Indonesia and Vietnam. Since 2016, restrictions for Chinese nationals have been gradually relaxed. A total of 68 nationalities can now visit Japan without a visa. And in 2020, a new electronic system was introduced for those who still need to apply for a visa. 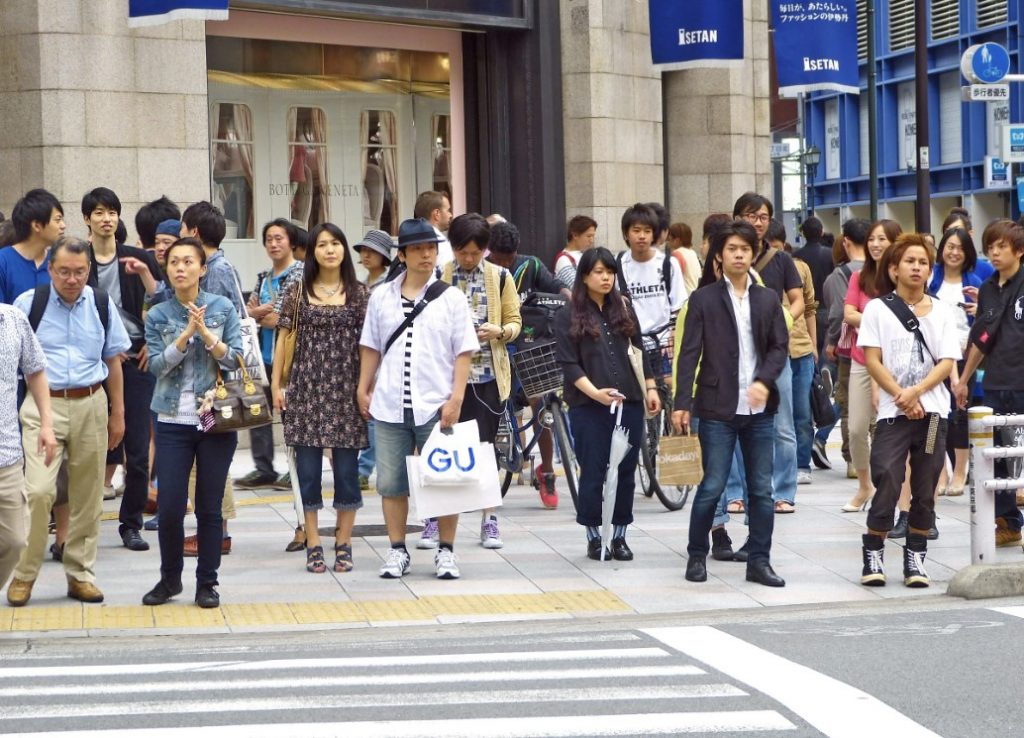 What contributed to this growth?

Uncontrolled tourism is good for the economy, but it creates problems. Rapid growth means congested infrastructure and overcrowding in big cities and major attractions. Tensions between locals and visitors have been rising in recent years.

Last year, The Japan Times reported that the media referred to the country’s major cities as “kankokogai,” or “polluted by tourism. The article said Kyoto is a key battleground because residents claim the city is so overcrowded with tourists that natives cannot use local buses or make reservations at their favorite restaurants. The Japanese Tourism Agency has responded by launching an investigation to identify the most affected areas and develop ways to address the issue.

3. The most popular tourist destinations in Japan

In the Land of the Rising Sun, ancient temples are next to neon wonders and Shinto shrines offer pockets of peace among the metropolises. Add to that tea ceremonies, snow monkeys, sushi, kimono and karaoke, and you get one of the most fascinating countries in the world.

3.1 Tokyo Disneyland. Tokyo Disneyland is the Kingdom of Dreams and Magic. It is one of the world’s largest theme parks, located just 15 minutes by train from Tokyo Station. Tourists will find many exciting attractions here that will transport them to a world of Disney movies and exciting entertainment. 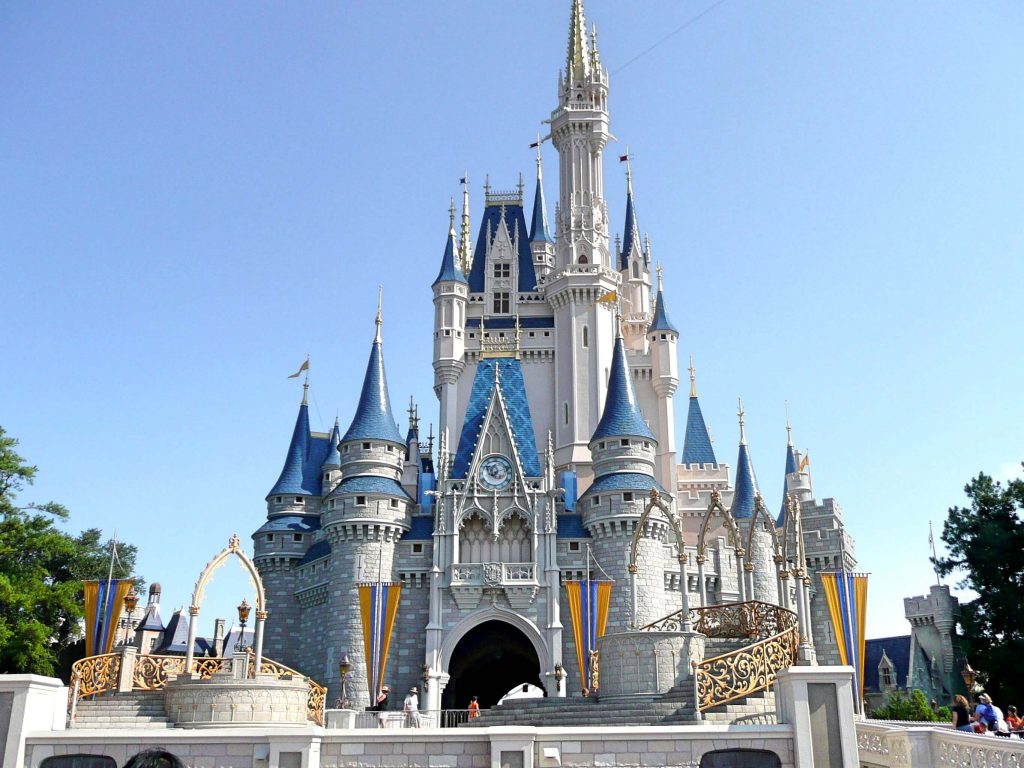 3. The most popular tourist destinations in Japan

3.2 Hakone Open-Air Museum. In this huge open-air sculpture park, art merges with nature. It features works by both Japanese and Western artists framed by trees, grass, and mountains. This park showcases installations by contemporary art makers with views of the mountains and the sea behind them. 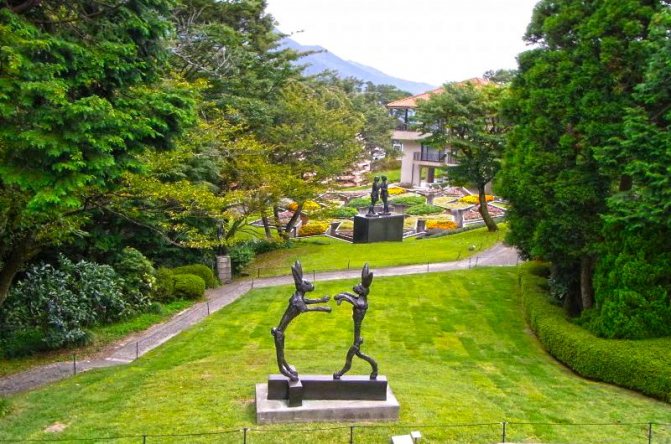 3.3 Dotombori district. The center of Osaka’s nightlife, this district is filled with theaters, restaurants, cafes, bars, galleries, and nightclubs. The most popular places in the area are the Dotonbori Gawa Riverfront and the “Dotonbori Arcade.” After spending at least one night here, you get the impression that all the fun of Japan is concentrated in this area. 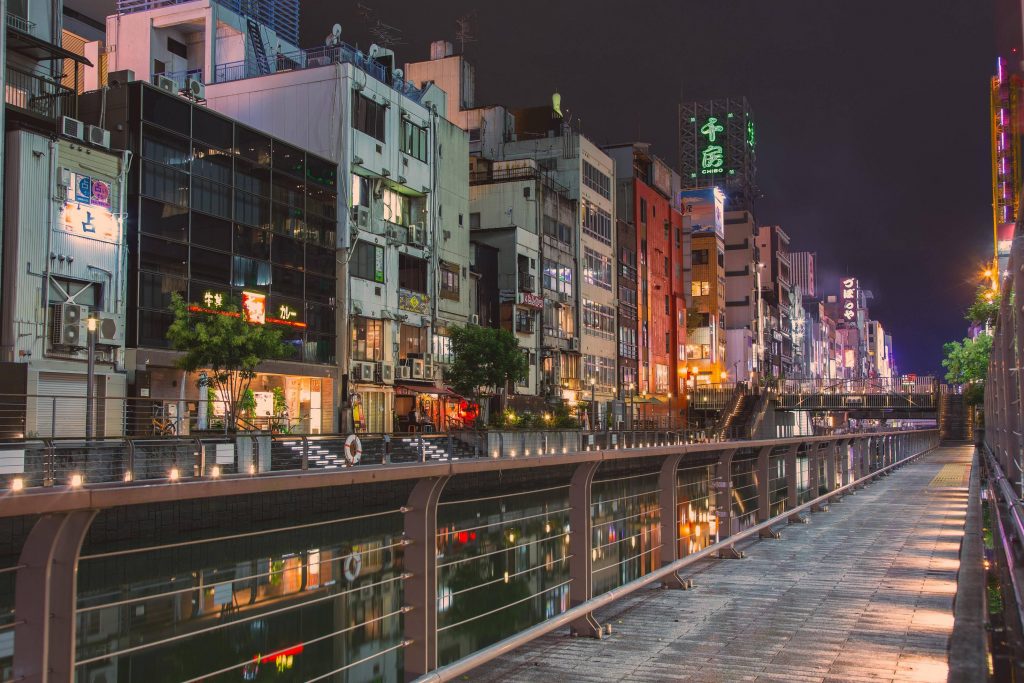 3.4 Kinkakuji Temple. Kinkakuji Temple is one of the most famous landmarks of ancient Kyoto, Japan. This temple was originally built in 1397 as the residence of the shogun Ashikagi Yoshimitsu. The structure was completely covered in gold leaf, for which it was called the Golden Pavilion. The temple is located among picturesque nature and fascinates with its ancient architecture and interior. 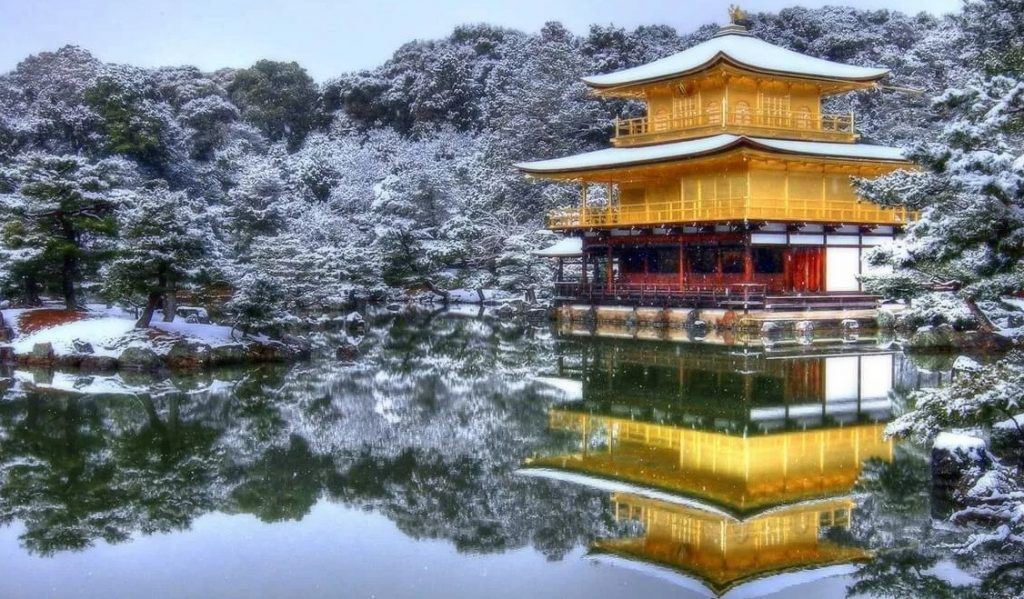 Japan is an interesting, fascinating and informative country which is worth visiting. Here you can see with your own eyes how the country with a huge history has managed to combine unchanged traditions, developed economy and earned leadership in the development of modern technology.