There are few cities in the world with such an amazing history and even more fascinating modernity. Shaped by a tumultuous history, the city has witnessed over a century of events, ups and downs and changes that have made it what it is today. An amazing metropolis with a touch of lucid sentiment, this is all Istanbul.

Once Byzantium, then Constantinople, then Istanbul, the capital of the Ottoman Empire, still seems important and the greatest city in the modern Turkish state.This is the place where you go not only to see the majestic monuments of the multifaceted past, but also to listen to the rhythm of the city – the prayers of the muezzin, the hum of the Bosporus, the singing of seagulls, the roar of engines of all kinds of ships crossing the strait, or the noise of traffic. in the arterial arteries of the metropolis. This city is a world of scents; the smell of spices in the bazaar, strong tea drunk in small tea shops, roast meat that lays on the plate in the form of kebabs.

Getting to know the city usually begins with the ancient part, now known as Sultanahmet. Located between the Golden Horn and the Sea of Marmara, Sultanahmet district witnessed the march of Roman legions, Byzantine bureaucrats, Ottoman architects and Turkish republicans. It was here that the heart of Oriental Christianity and later the Muslim Caliphate beats for centuries. Today, the spirit of Ataturk, the founder of the modern republic, although he excels in the capital Ankara, is slowly fading in the face of the fundamentalist tendencies of the Turkish government. 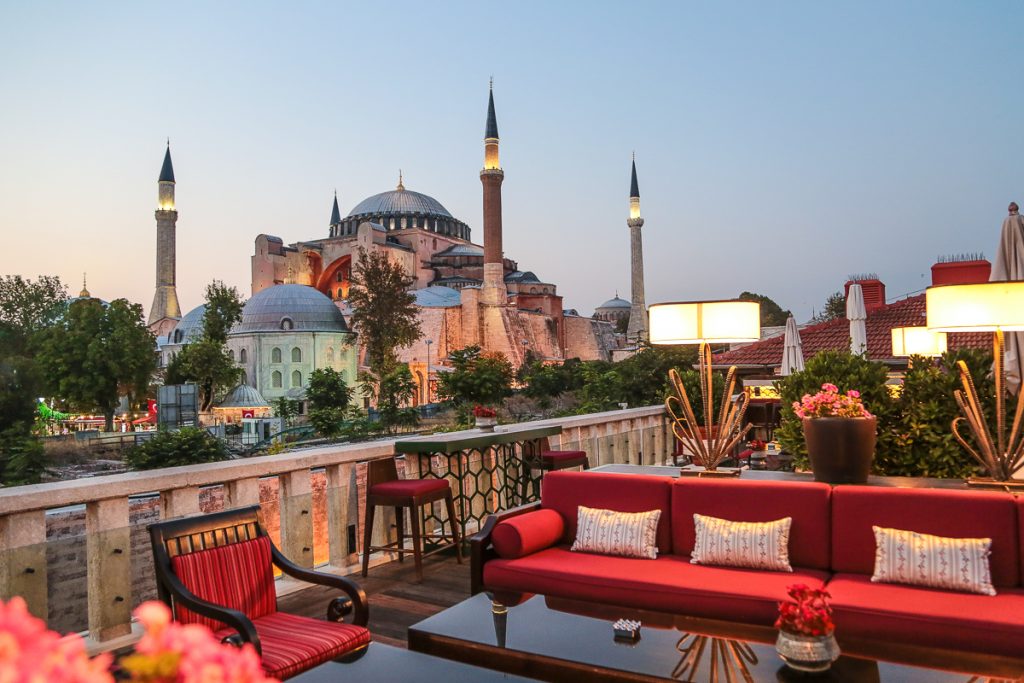 If there is an adjective that best describes this city, it would be cosmopolitan. The other, the second, would be commercial . Sephardic Jews, Greeks, Kurds, Turks, and other nationalities are mixed here.

Once a Christian temple, then a mosque, and today it is just a museum. However, it remains the most magnificent architectural site of the first millennium AD.

It was the most important place of worship and the tallest temple of the Byzantine Empire. After the capture of Constantinople by the Ottoman army in 1453, it was renamed a mosque. After the creator Mustafa Kemal Ataturk created a secular system, he ordered that the museum be renamed . For 85 years now, no religious ceremonies have been performed here. Until 2016.

Protecting Ataturk’s secular heritage, for example, is the fact that in 2016 the muezzin sang the ezan, the Islamic call to prayer, for the first time in 85 years in the Hagia Sophia Cathedral . This event would not have happened without the knowledge and consent of President Erdoğan. And in 2020 Erdogan signed a decree that cancels the museum status of Hagia Sophia Cathedral. Now here again, the Hagia Sophia mosque. 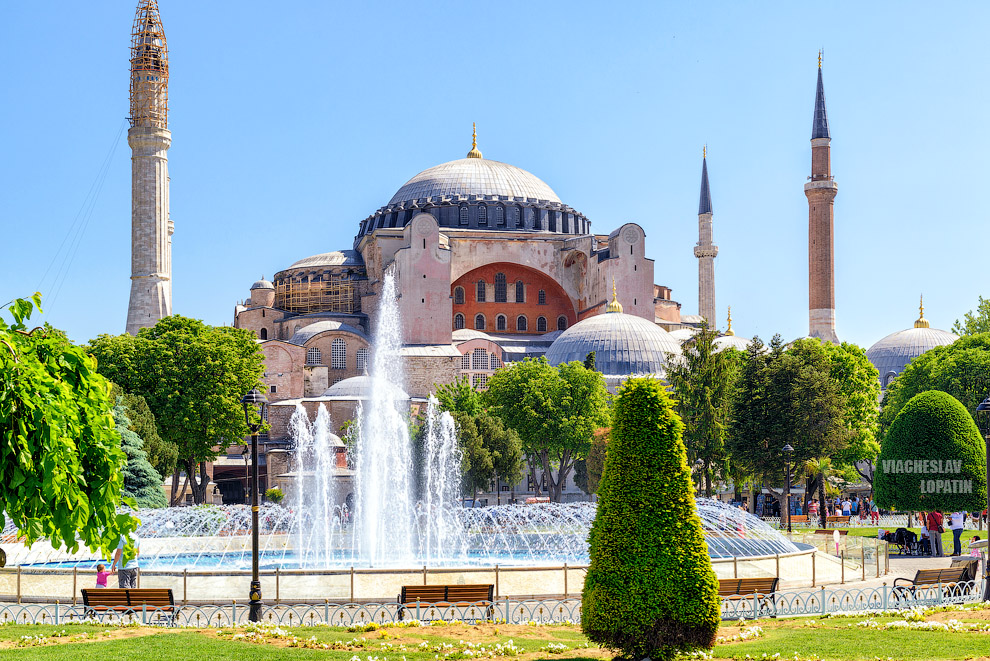 Blue Mosque, one of the specimens of Islamic architecture that was to outshine its Christian predecessor. It is executed in close proximity to Hagia Sophia and its biggest advantage is that the mosque has an atmosphere of peace, concentration and prayer which immerses you in a state of complete relaxation.

The Sultan Ahmed Mosque, Sultanahmet Camii, was built in the early 17th century and until the end of the Ottoman monarchy it served as an imperial temple along with the Sulayman Mosque in the upper part of the city. 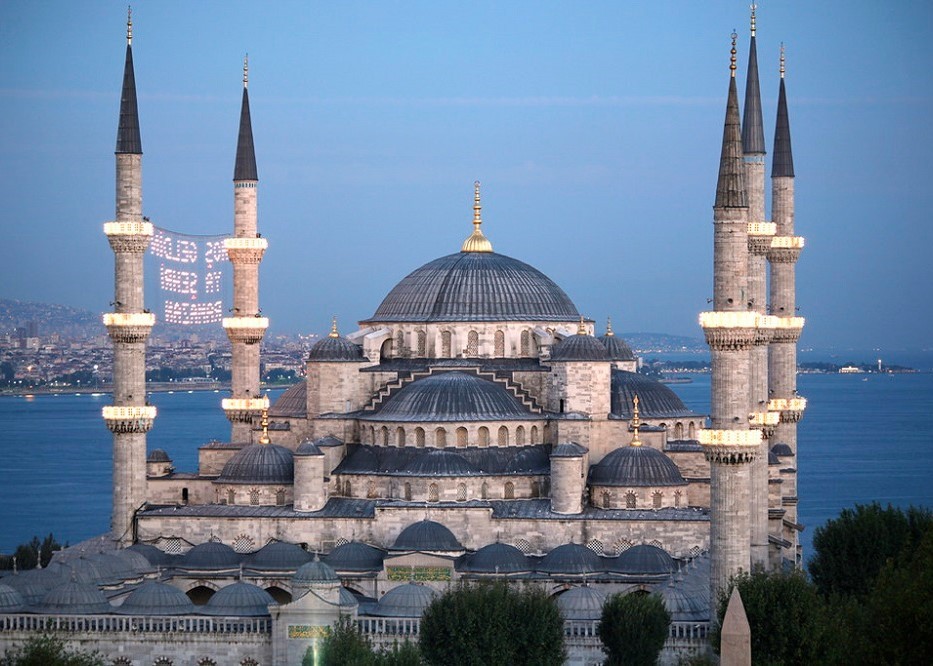 A large long square along the Blue Mosque once housed the Hippodrome of Constantinople . Today it is a popular meeting and hangout place for tourists and residents alike. 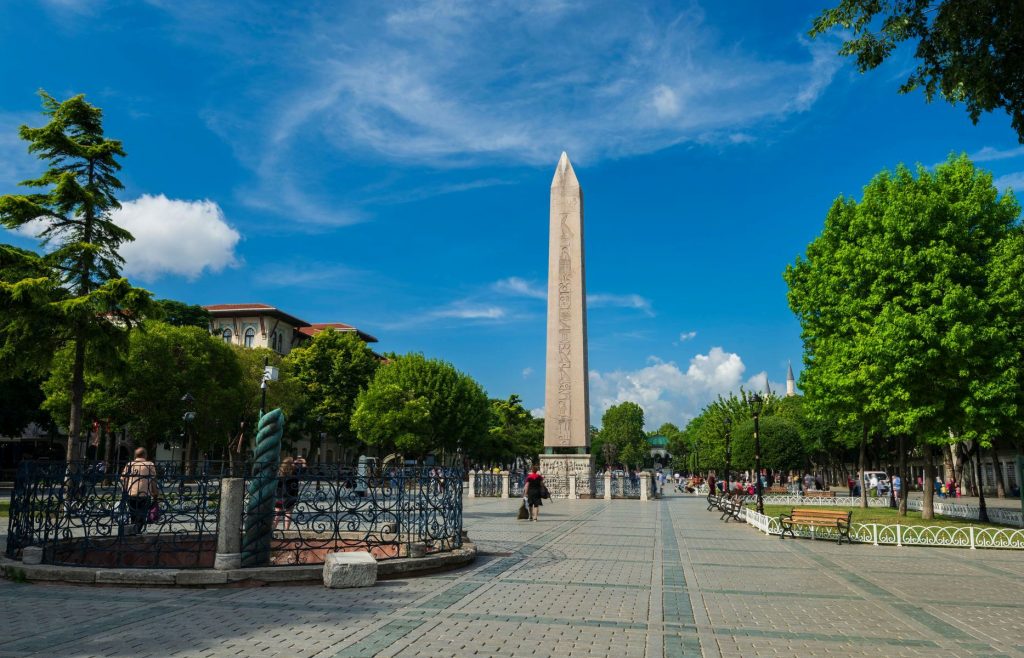 This is a very interesting place . It was the residence of the sultans for almost four hundred years . Its construction began immediately after the capture of Constantinople by Mehmed the Conqueror. Shortly before the fall of the empire, the seat of the ruler was moved to the Dolmabahce palaces on the other side of the straits, but it was here that the sultans of the empire’s greatest heyday sat . The attraction in Topkapi is the Harem. A magical, even seductive word, in fact it is simply the place where it once functioned.

READ
Tibet is home to all the highest mountains on earth

Ironically, Topkapi is a place worth visiting because of the overall laid-back atmosphere . Yes, there are crowds of tourists wandering around the nooks and crannies of the former residence of the rulers but compared to the noisy streets of the metropolis this place is an oasis of calm. 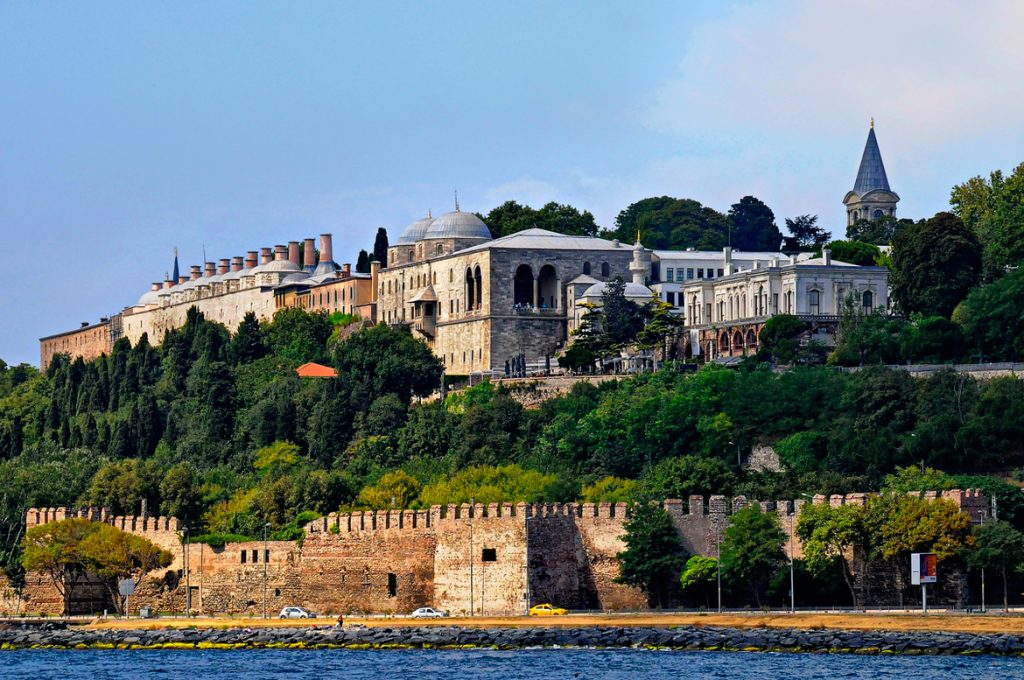 Every traveler visiting Turkey’s former capital should immerse themselves in a place that is the essence of Turkey’s love of commerce and human interaction. It is one of the shopping centers in the country, covering 30 hectares with nearly 4,000 stores. The modern look of this much-rebuilt place comes from the 19th century, when it still remembers the slave trade, which was sold there along with spices, food, antiques, jewelry and carpets. 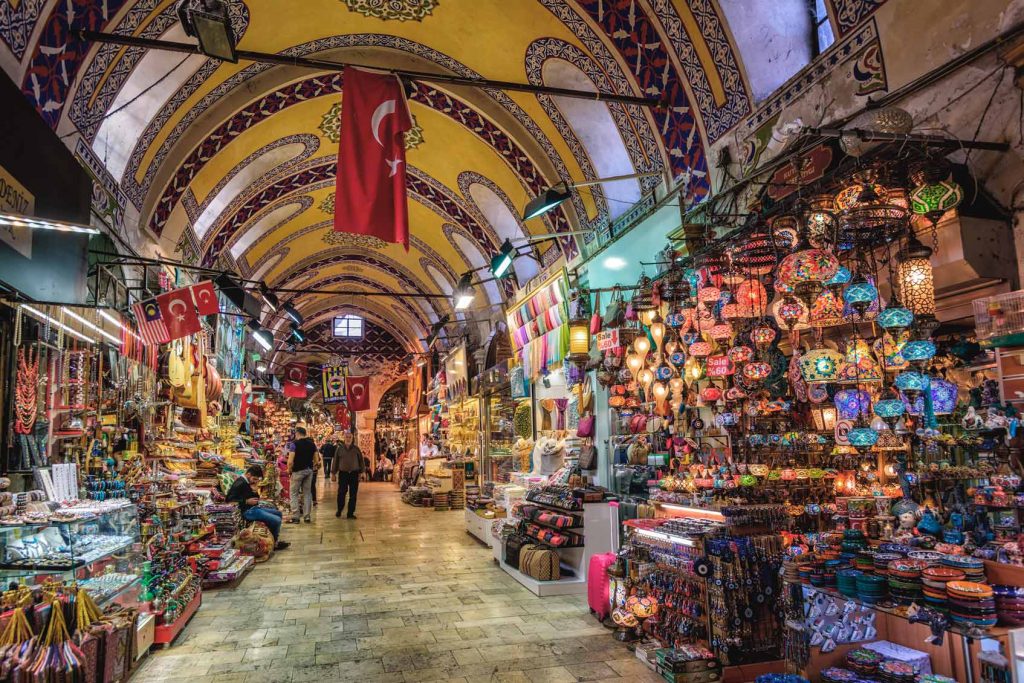 The area with one of the greatest mosques of the former empire is one of the most picturesque parts of the city. The steep streets curve up and down effectively tiring out those who choose to go there.

Next to this unique mosque, built on special water cisterns that protect the building from earthquakes, is the mausoleum of Sultan Suleiman the Magnificent, one of the most important rulers of the Ottoman Empire. 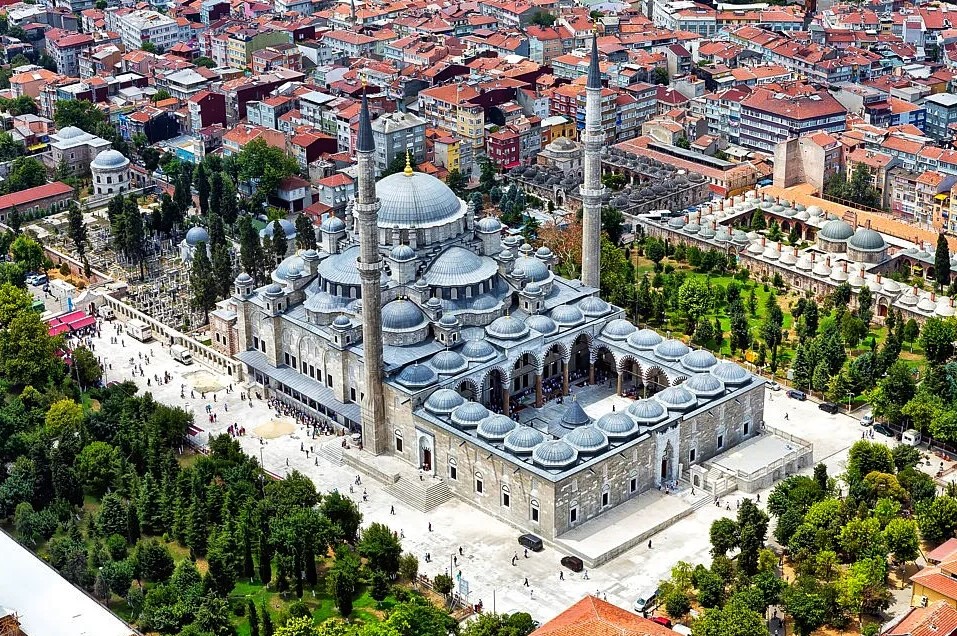 From this point you can see a 360 degree view of Istanbul. Under the bridge there are many establishments, cafes and all sorts of commercial establishments. 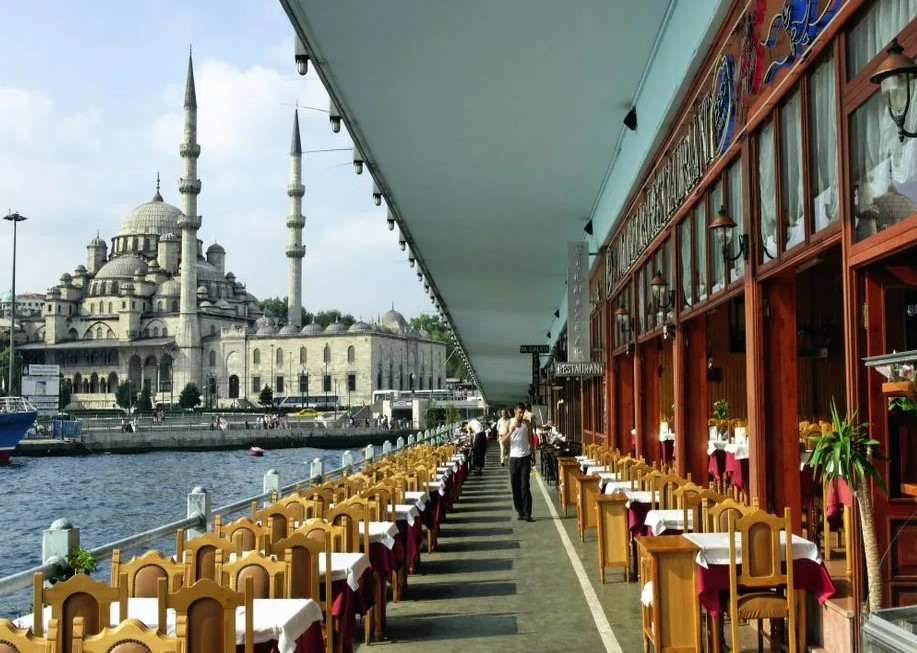 This is one of the symbols of the city that was built during Christian Constantinople . It was part of a fortified Genoese colony. Nowadays it is a tourist attraction where from the observation deck you can see a beautiful panorama of the city. 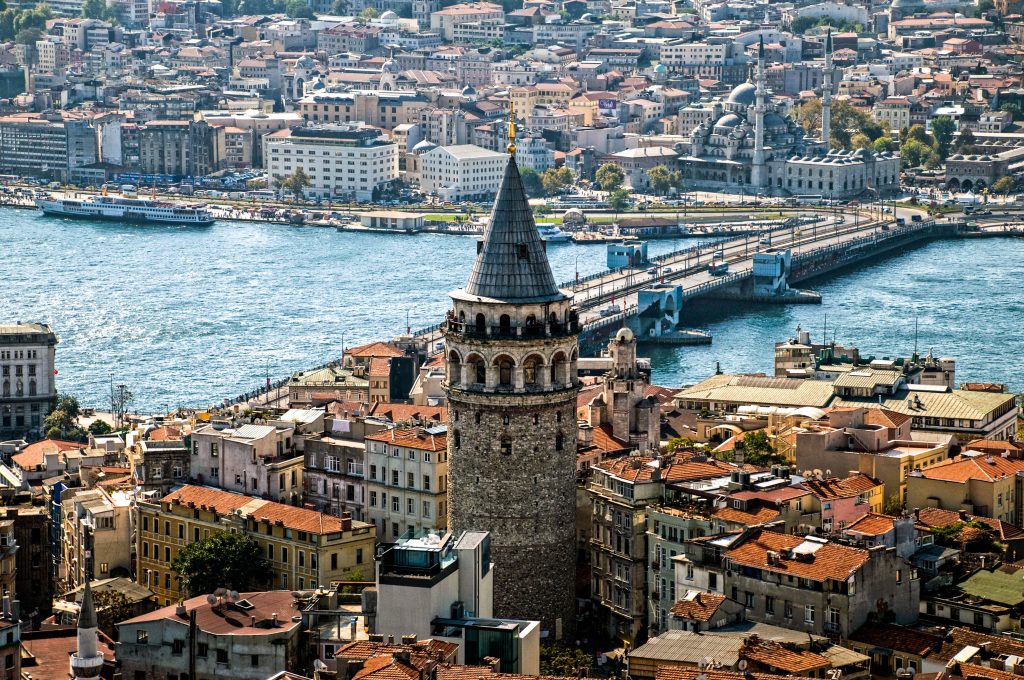 When the first private museum of modern art Istanbul Art Nouveau opened its doors in 2004 in a converted port warehouse it changed the cultural landscape of Istanbul. Founded by one of Turkey’s wealthiest families, it presents the history of Turkish modernization from the early twentieth century through the turbulent sixties to the present day.

READ
Madame Tussauds Museum. A place where the personalities of different eras come to life

The permanent collection introduces us to the ongoing stories of its time, as the artists themselves placed themselves in the historical moment in which they lived. 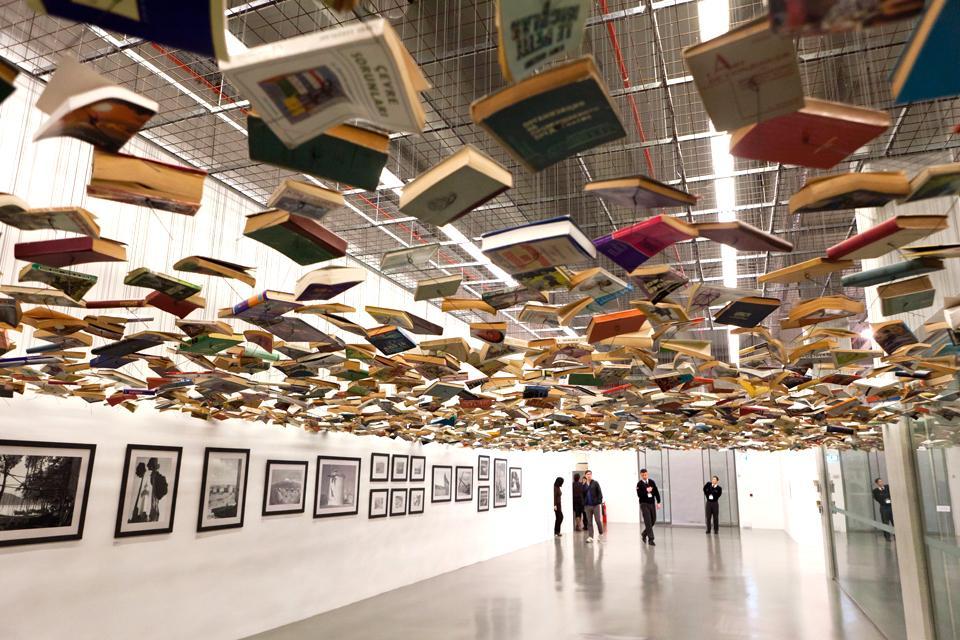 After enjoying the views from the Galata Tower and strolling through the steep streets leading to it, filled with interesting boutiques and atmospheric cafes, it is worthwhile to head toward Istiklal Caddesi Avenue, a beautiful street in the European part of Istanbul. It is pedestrianized and one of the favorite places for tourists and locals to walk.