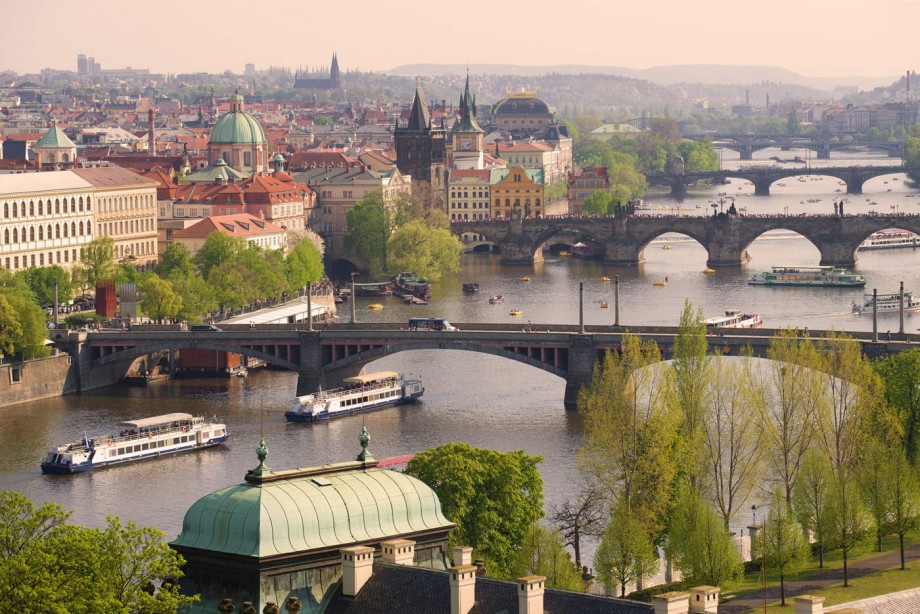 1. The Czech Republic became an independent state on January 1, 1993. The country was part of Czechoslovakia since 1918.

2. The Czech Republic is completely surrounded by mountains (except for the southern part of the country on the border with Austria and Slovakia). The mountains run along the Czech border with Germany and Poland.

4. The Czech Republic became a member of NATO in 1999. The country is also a member of the European Union since May 2004. 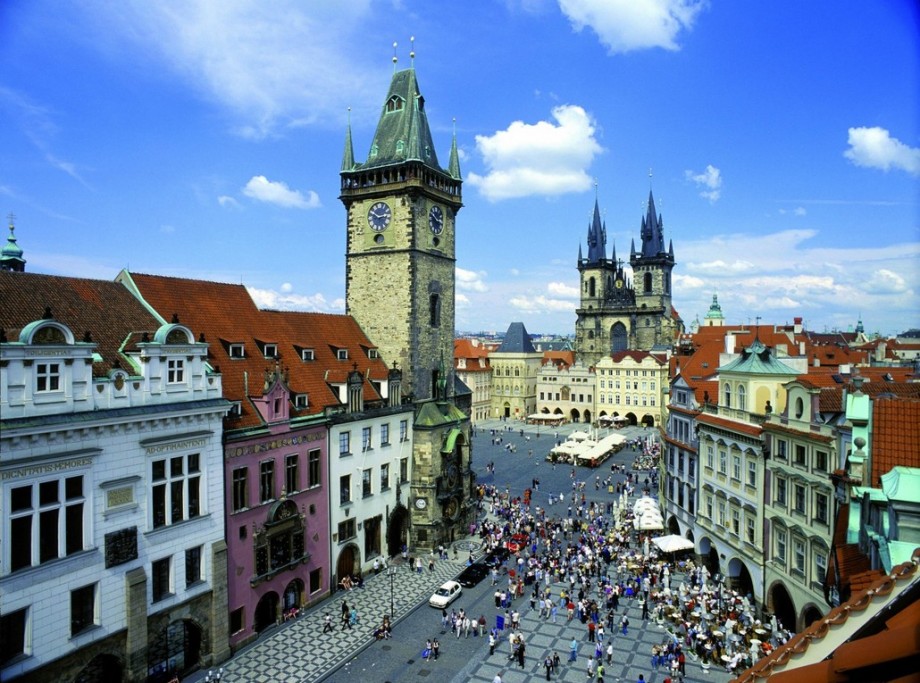 6. Prague is the capital of the Czech Republic. Prague was once the most influential city in Europe. It was during the reign of Charles IV (1346-1378). He was king of Bohemia and emperor of the Holy Roman Empire.

7. In many places in Prague you can find strange sculptures of David the Black, whether it’s an inverted sculpture of a horse, babies crawling up a tower, or an interesting installation like this.

8. The Czech capital is called the city of a hundred spires, and indeed the views of Prague with its spires and red tiled roofs will not leave anyone indifferent.

9. On a clear summer day from some parts of Prague you can see the Eiffel Tower!

10. In the Vršovice district of Prague in the last century there was one of the largest amusement parks in the world called Eden Pleasure Gardens with roller coasters, spiral slides and a huge lake.

READ
Where to go at the best time of year? 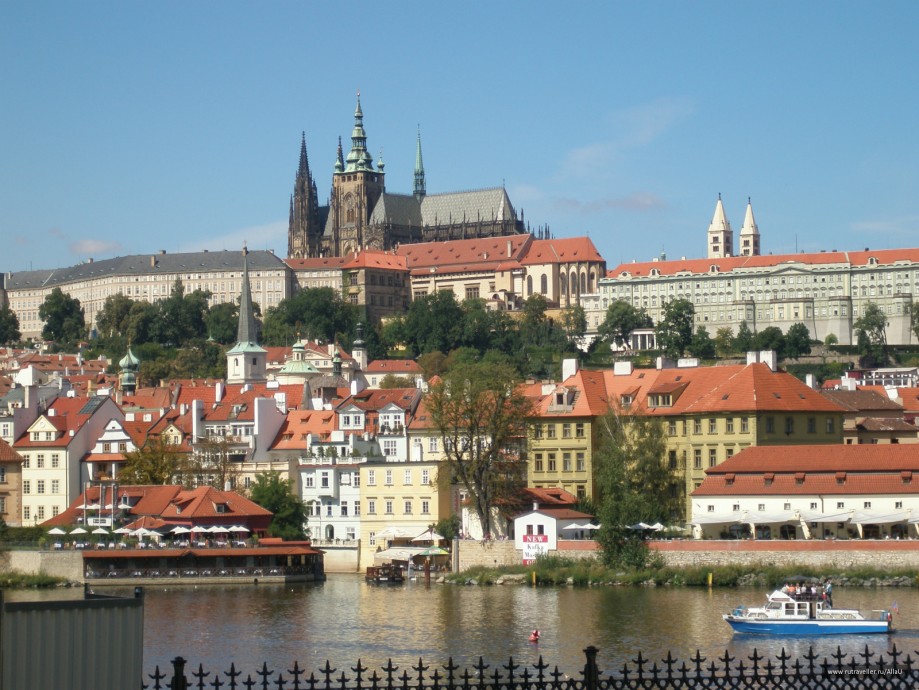 11. Prague Castle is the largest castle complex in the world, covering an area of 70,000 m². Kings of Bohemia, Holy Roman Emperor, presidents of Czechoslovakia and the Czech Republic have held their meetings there. Nowadays it serves as the president’s residence.

12. It is forbidden to place satellite dishes on the roofs of houses in historical districts of Czech cities – it spoils the architectural view from above.

13. There are only 25 cities in Czech Republic with population more than 40000 people. 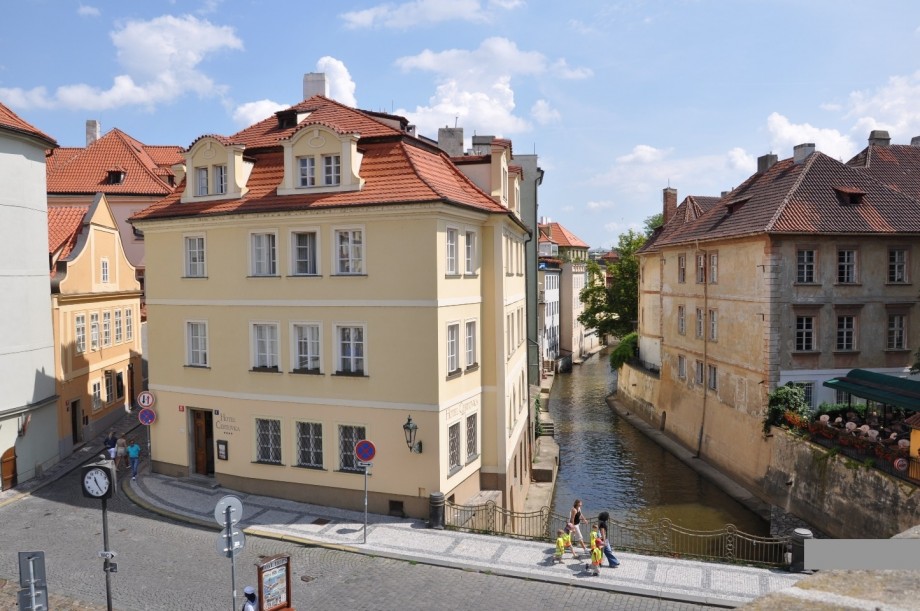 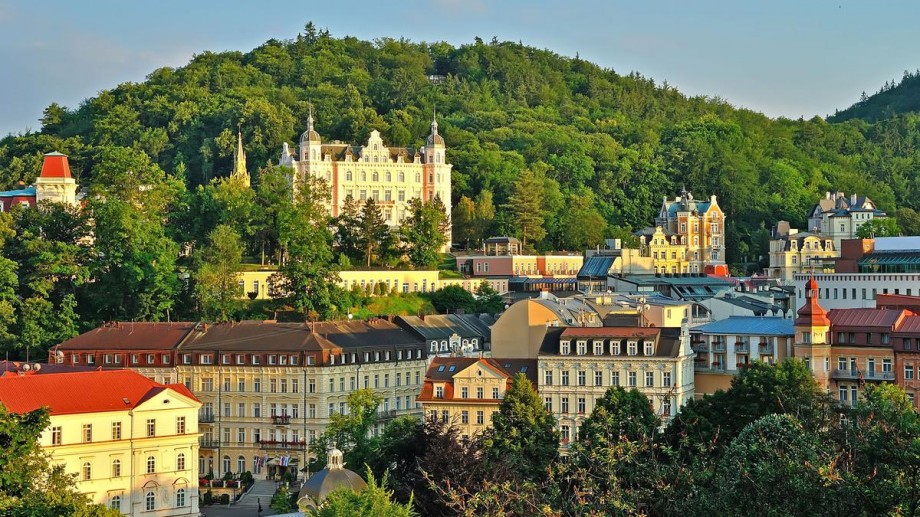 16. The country is famous for its spa resorts. The most popular are located along the border with German Saxony (Karlovy Vary, Františkovy Lázně, Teplice).

17. Czech is one of the most difficult European languages – even scholars of linguistics admit this fact. There are words consisting entirely of consonants.

18. The Lusatian languages spoken by the communities in southeastern Germany (in Saxony and Brandenburg) are very similar to Czech.

19. Czech is 90% the same as the soslovak language, which makes communication between the inhabitants of these two neighboring countries unproblematic.

20. English is the most popular foreign language in the Czech Republic. It is spoken mostly by the younger generation. Older generation speaks mostly German. 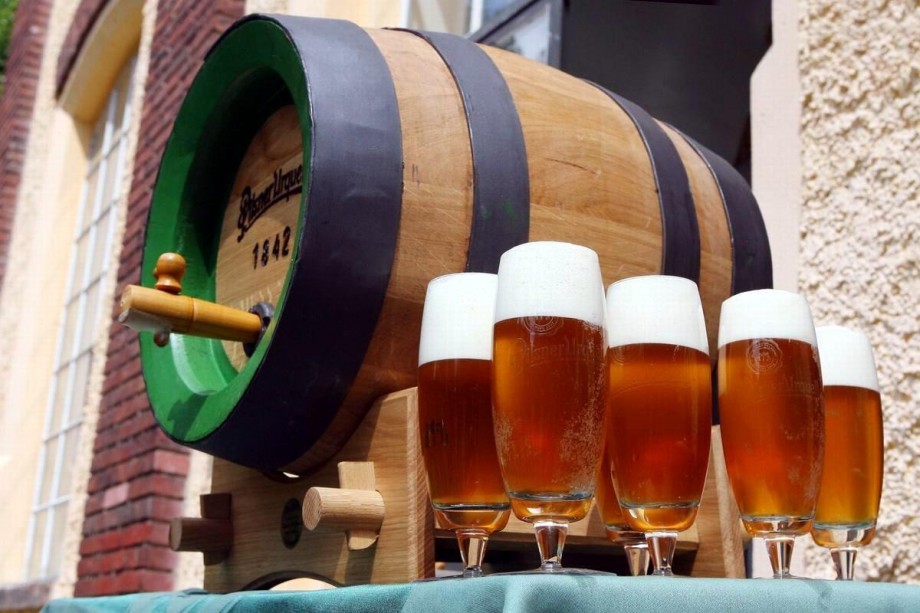 21. Czech beer has a long and interesting history. The first brewery was built in 1118. At the moment the Czech Republic has the most productive and modern breweries in the world!

22. The Czechs drink the most beer in the world compared to other nations: on average one person drinks 160 liters of beer per year! This is an absolute world record. The Germans are right behind the Czechs in the beer consumption ranking with 130 liters.

24. In Czech Republic drivers are obliged to let a pedestrian go by if he/she comes to the crosswalk. Penalties for breaking this rule are much higher than in Russia.

25. Czech Republic is the largest producer of cars in central Europe, 1,246,000 cars, 8,000 buses and 1,000 motorcycles are produced per year. By comparison, just over 2 million cars are produced in Russia. 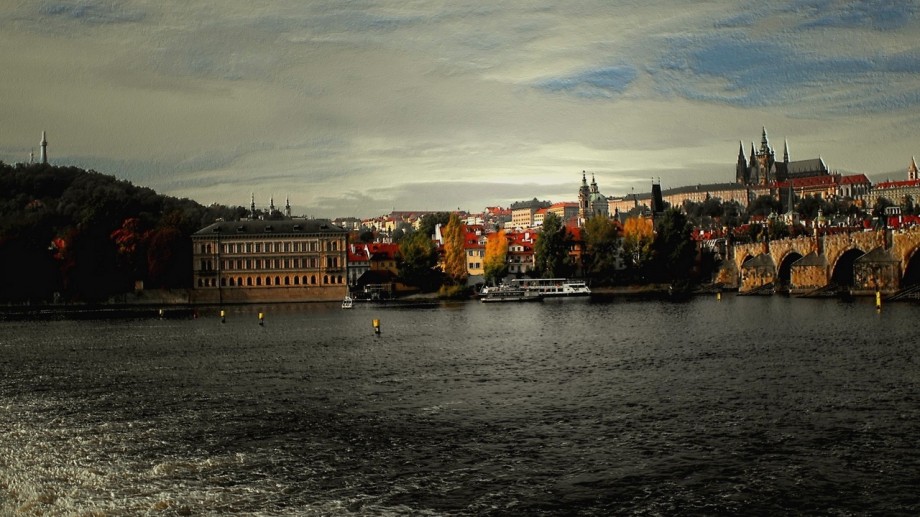 The Vltava is the longest river in the Czech Republic

27. In Czech Republic it is not customary to click the seeds. Instead of them all sorts of nuts are sold in the stores.

29. The Czech Republic is home to the words robot, gun, dollar, and flu.

30. The Czechs are proud of their inventions, for example, they invented the lightning rod, contact lenses. 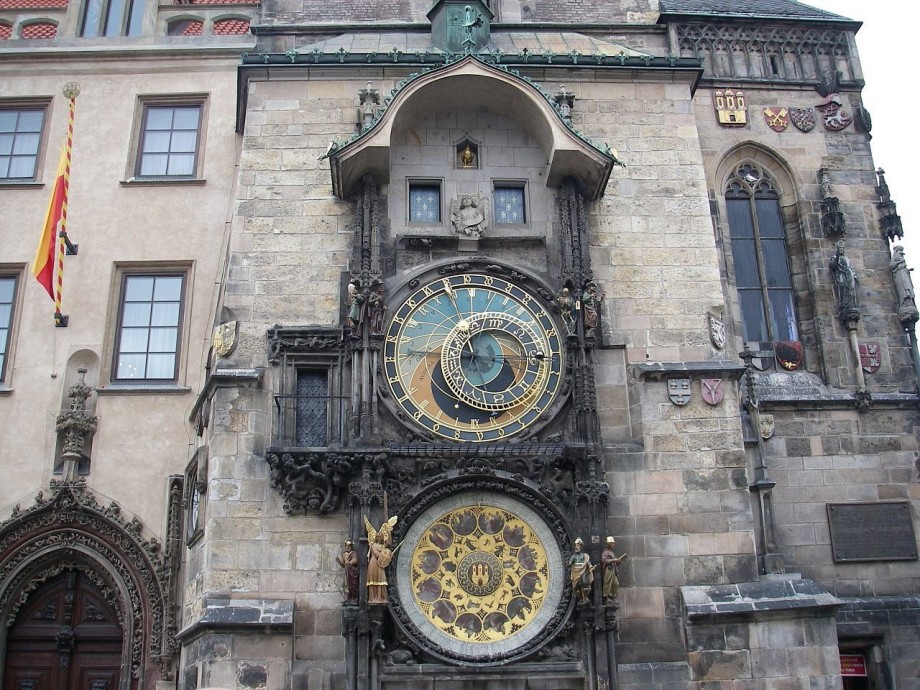 31. The Prague Astronomical Clock in Old Town Square is the oldest working astronomical clock in the world, it was installed in 1410.

32. The country’s population is increasing largely due to immigration.

33. The Czech Republic has the largest number of immigrants from Ukraine. There are more than 110,000 of them. The Ukrainians are followed by the Slovaks. There are about 80,000 of them.

34. The Czech government has a policy of reducing the number of foreign workers. If an immigrant personally wants to return to his home country, he is paid travel and given 500 euros!

35. Jaroslav Heyrovsky was the first Czech Nobel Prize winner. This was in 1959 for his outstanding achievements in the study of polarography and electroanalytical chemistry. 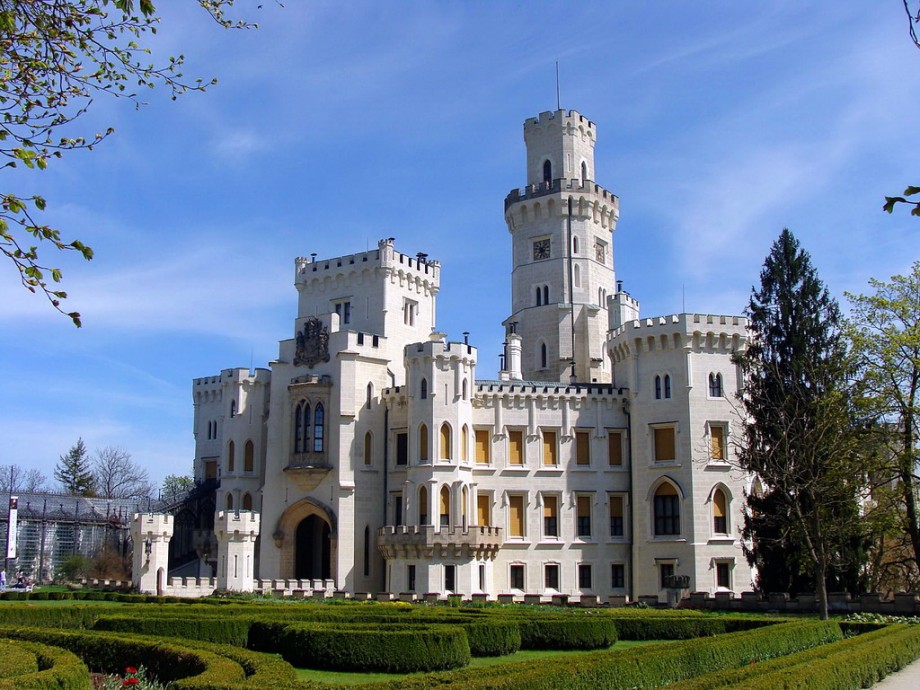 36. There are more than 2,000 castles in the Czech Republic! This is the highest concentration of castles within one country after Belgium and France.

37. The Czech Republic has had five Nobel laureates.

38. Wedding celebrations are not accepted in the Czech Republic. It is allowed to celebrate the marriage only in the circle of the closest people with a minimum of food. But the obligatory thing that should be on the wedding table is the cake, which in its luxuriousness can compensate for the other modest treats. 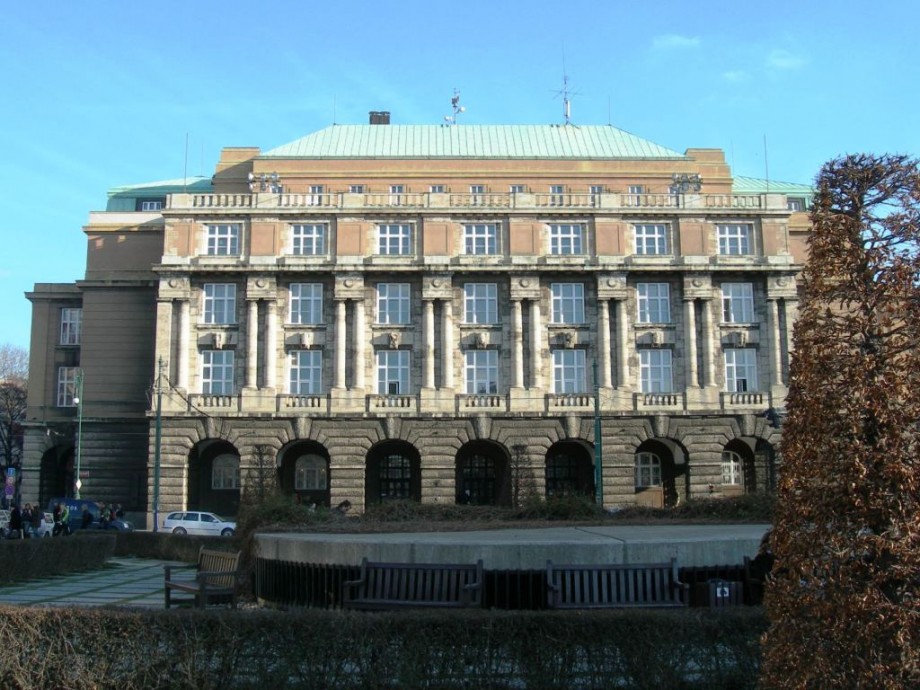 42. 42. The most famous Czech literary work “The adventures of a brave soldier Švejk” by Jaroslav Hašek has been translated into 58 languages. 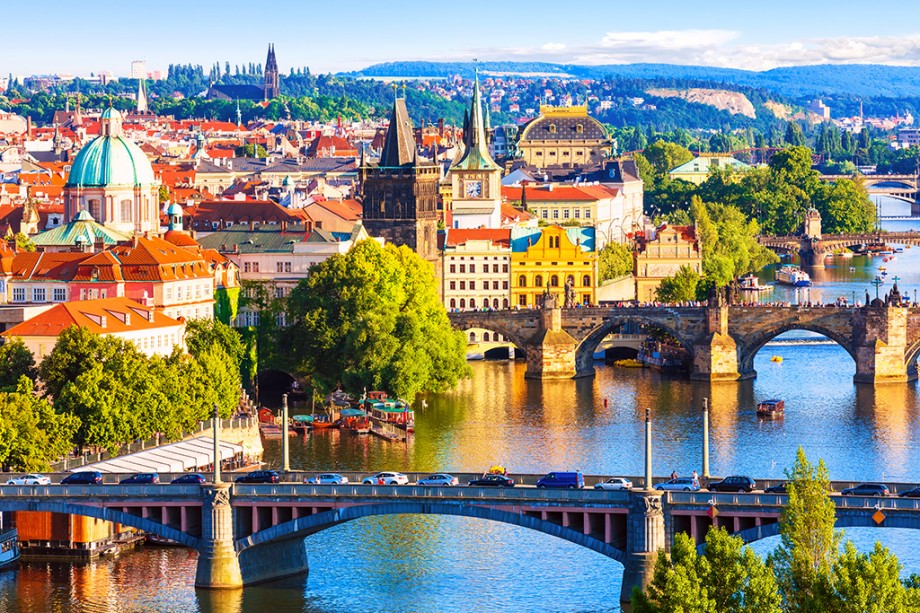 44. The most popular sport in the Czech Republic is hockey. In second place in popularity is soccer. The greatest achievement of the Czech national team in this sport is second place at the 1996 World Cup.

45. The Czech hockey team has won the Olympic Games only once, in 1998, and has also won six gold medals at the World Championships.

READ
The most beautiful hikes around the famous "golden gate" of San Francisco, California 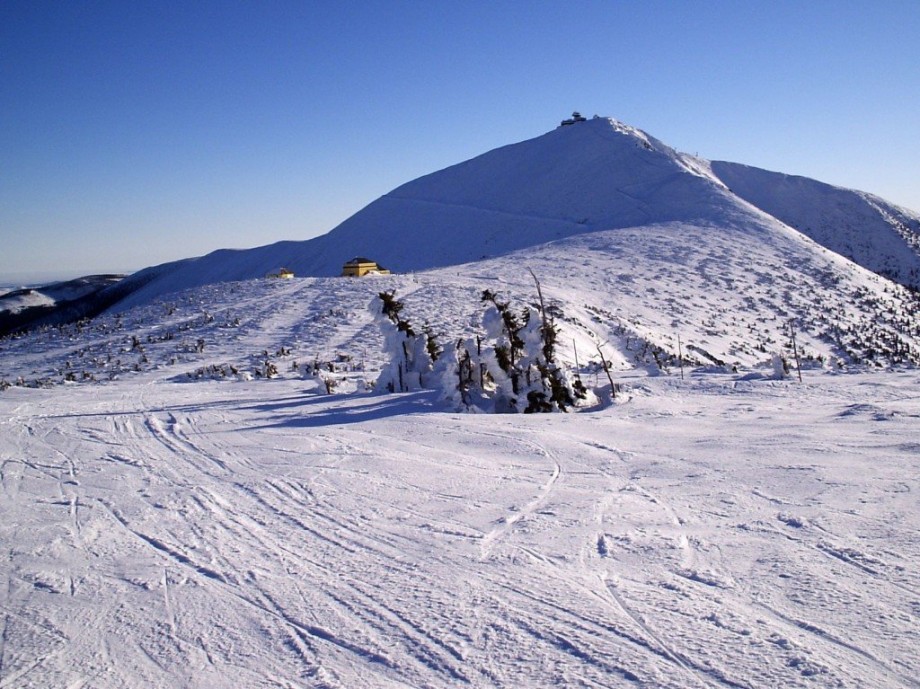 46. The highest point of the Czech Republic – Mount Snezka 1600 meters high, it is located in the Giant Mountains.

47. Czechs are characterized by boundless love for pets. Czechs consider walking their pets as a pleasant necessity. Pet stores are generously scattered throughout the cities.

48. The veterinarian is very prestigious and profitable profession in Czech Republic.

49. There are 46 airports in the country, of which 6 are international and 4 are military.

50. The Czech Republic is for many Russians at the same time a “native” tourist country due to the proximity of cultures and the socialist past.