Analysis of the global and Chinese tea markets 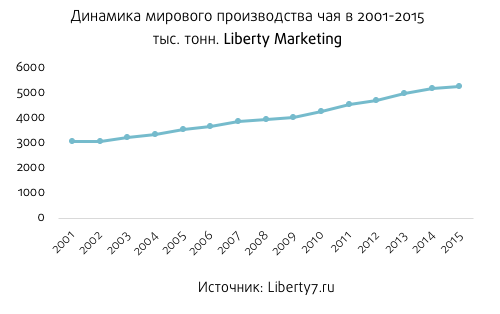 In 2015, the world produced more than 5 million kilograms of tea, of which 38% was exported to various countries. The average growth rate of tea production from 2001 to 2015 was 4%. 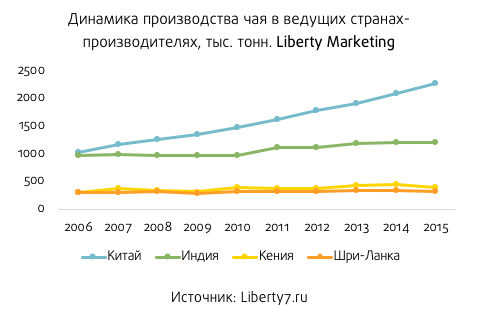 Dynamics of tea production in leading producing countries, thousand tons by Liberty Marketing according to the International Tea Committee

Currently, China, India, Kenya and Sri Lanka are the largest tea producing and exporting countries. China and India mostly consume tea domestically, while tea consumption in Kenya and Sri Lanka is limited, as most of it goes for export. Together, these four countries account for more than 75% of world production and 60% of world exports. Also the share of other countries such as Vietnam and Indonesia is growing. 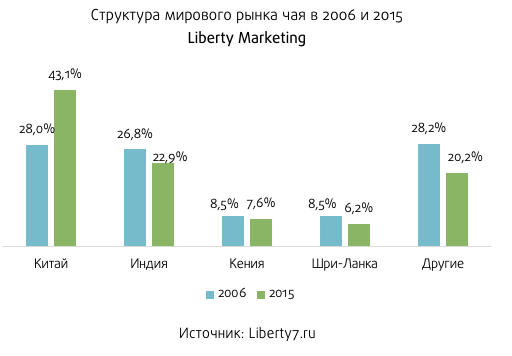 In the structure of the global market for tea in the last 10 years there were some changes. Thus, the share of China has increased by 15,1%. At the same time the share of India fell from 26.8% to 22.9%. Kenya and Sri Lanka produced almost equal amounts of tea in 2006, but 10 years later Kenya was able to pull ahead and is now the third largest producer of tea in the world. 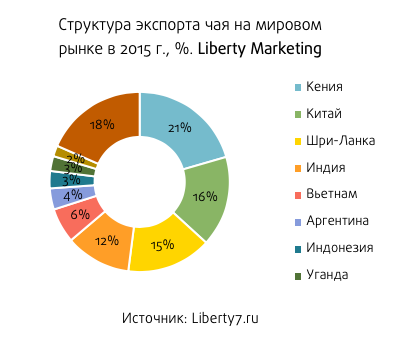 In the structure of tea imports, the leading positions belong to Russia (16%), Pakistan (15%) and the United Kingdom (12%). It is noteworthy that Kenya, being the leading tea exporter, is the 6th largest tea importer in the world. In what follows, let’s take a brief look at the tea market of the world’s largest producer. 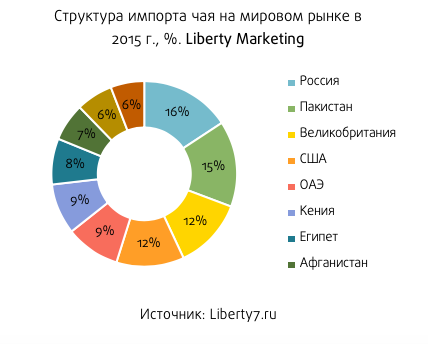 China is not only the largest producer but also the largest consumer of tea in the world. The average growth rate of tea production in China from 2006 to 2015 was 9%. The total area of tea plantations is also increasing. It is worth noting that due to increased production, the value of tea in China increased by 12.04% in 2016 compared to 2015. 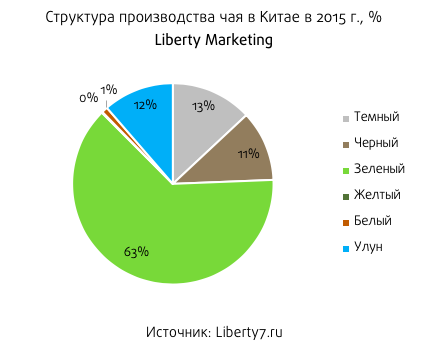 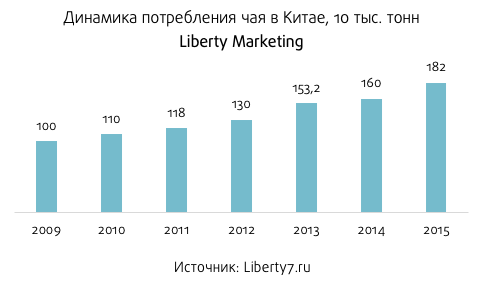 According to experts, a number of factors such as the growth of the population in the world, the increasing trend of urbanization in developing countries, increasing money income and competition in the food market will have a negative impact on the tea market. In 2021 the annual consumption of tea in the world may grow up to 37,7 liters per capita annually.