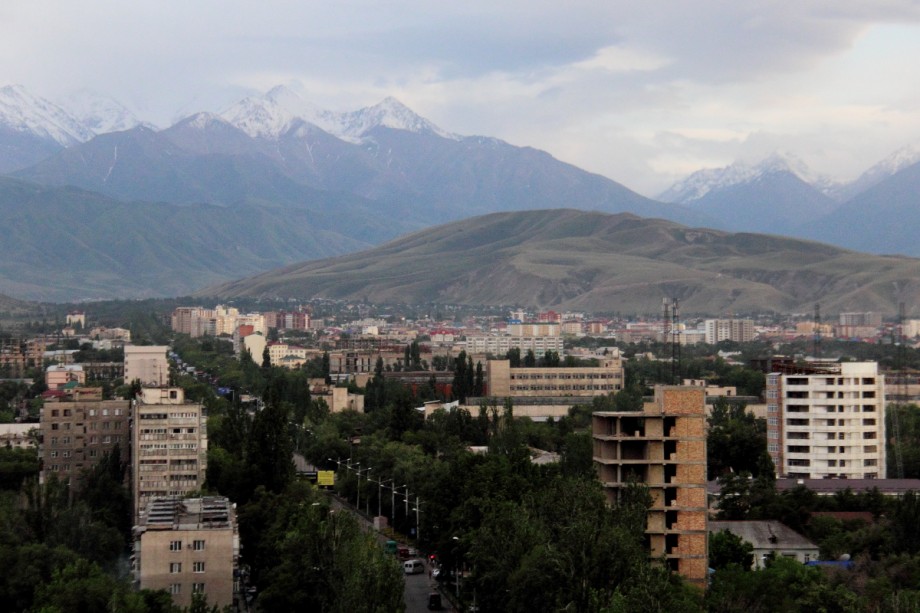 1. Kyrgyzstan is a small state in Central Asia, once part of the Soviet Union along with Russia.

2.Now Kyrgyzstan or Kyrgyzstan is a separately sovereign state. It is not part of the Russian Federation and does not border it.

3. 3. Kyrgyzstan (Kyrgyz Republic) is a country in Central Asia, a state in the western and central part of the Tien Shan mountain range.

5. Kyrgyzstan has a population of only 6 million 141 thousand people (111th in the world). This is almost four times less than in Moscow.

7.Kyrgyzstan, located almost in the heart of Asia, is characterized by amazing nature, picturesque mountains, deep lakes and abrupt seasonal changes of climate – this is a consequence of its geographical location. 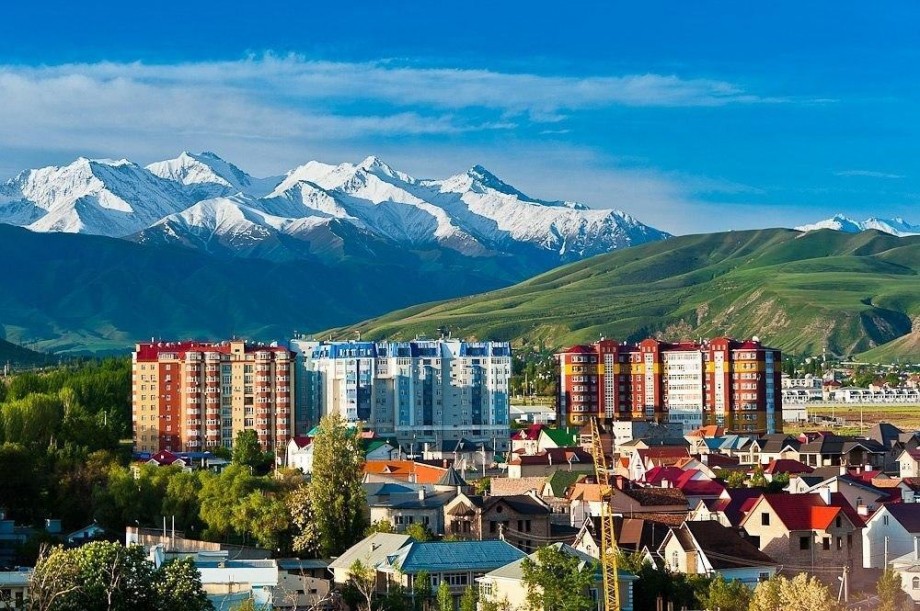 BISHKEK – THE CAPITAL OF KYRGYZSTAN

8. The capital of Kyrgyzstan, Bishkek (formerly Frunze, after the commander) was conceived in the Soviet Union as a marble city, so most Soviet-era government buildings are made of marble.

9. Bishkek, is the largest city in Kyrgyzstan. The population here in 2019 passed one million people.

10. Bishkek is the only city in the world named after a wooden household device (the word translates as “koumiss stick” or “butter churn”).

11.In 1926, the capital of the state, Bishkek, was renamed after the famous revolutionary Mikhail Frunze. The authors of this idea did not take into account that the Kyrgyz language lacks the “f” sound, and so the locals called the city “Prunze.” 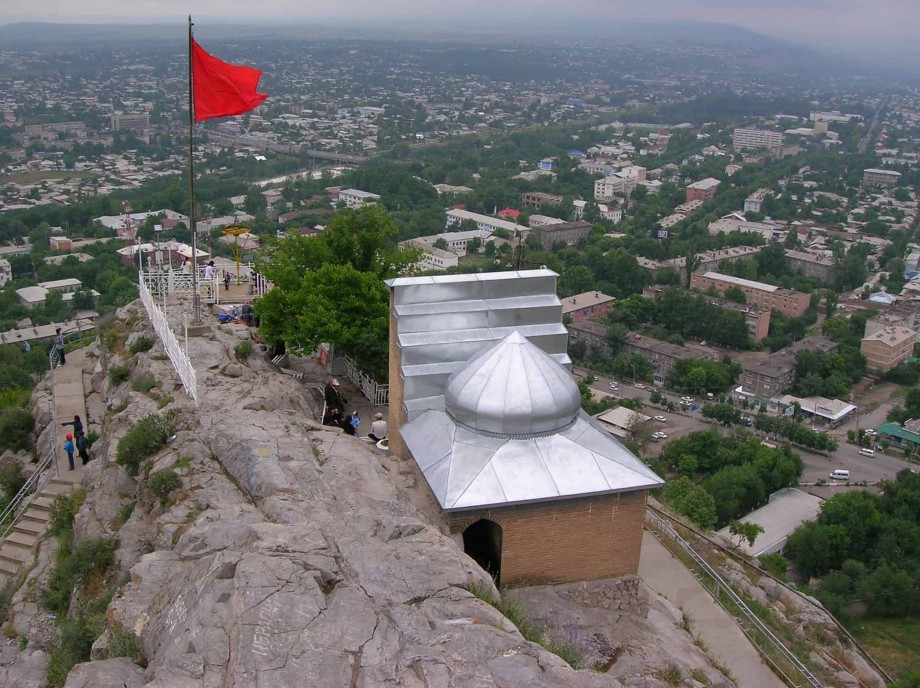 THE CITY OF OSH IN KYRGYZSTAN

13. 13. In the past, two branches of the Great Silk Road passed through the territory of Kyrgyzstan, the Fergana and Northern branches.

15. There is a huge underground bunker under Ala-Too Square in the center of Bishkek, which was dug in Soviet times for the leaders of the republic. Now this room is sometimes used for exhibitions. 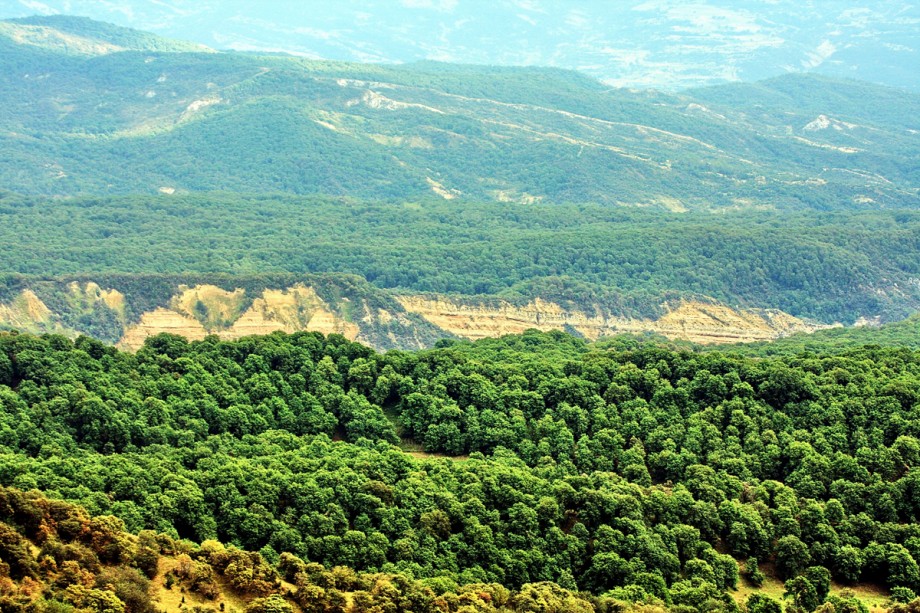 16. Kyrgyzstan has the largest fruit and nut forests in the world – they cover over 600 thousand hectares in the valley of the Arslanbob river.

READ
Scottish Castles: the most interesting castles and their history

17.Legend has it that Alexander the Great, returning from a military campaign, camped in these forests and then took the fruit and nuts that grew there with him on his journey. The army brought some of this provision with them to Greece, and these nuts are now known as “walnuts.” 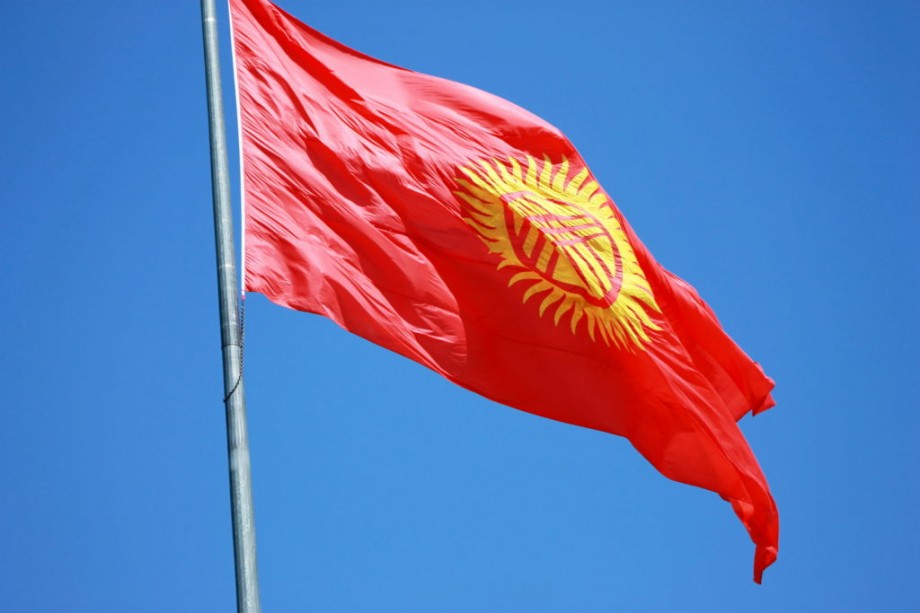 19. The flag of Kyrgyzstan is a red rectangular cloth, in the center of which is an image of a circular solar disk with evenly diverging rays of golden color (forty rays). Inside the sun disk placed an image of tunduk (Kyrgyz yurta) of red.

20. The Kyrgyz language is the state language in Kyrgyzstan, but Russian also has official status. 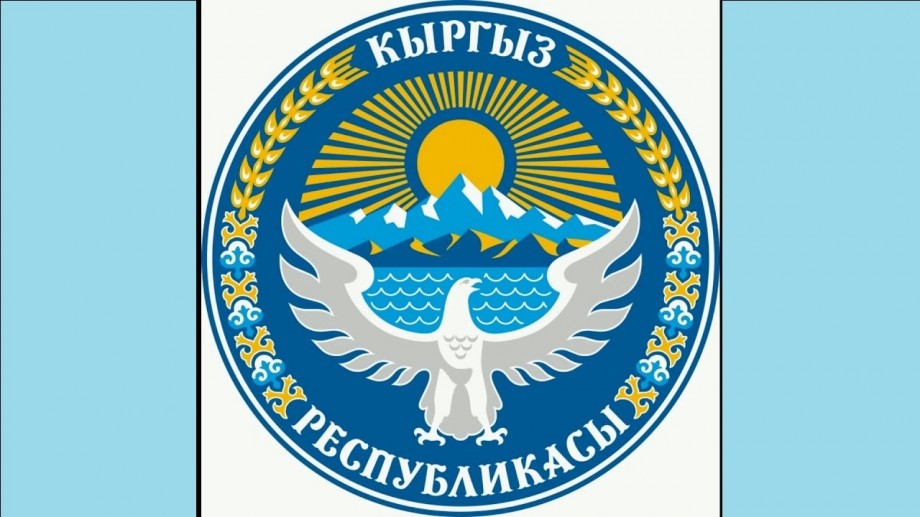 21. The coat of arms of Kyrgyzstan is an image of a white falcon with outstretched wings, placed in the center of a blue circle in a white frame. In the background are a lake, the spurs of the Ala-Too Mountains, and a rising sun with rays of golden color placed on either side of cotton stalks and ears of wheat. At the top of the circle is the inscription “Kyrgyz” and at the bottom is the inscription “Respublika”.

22. The Kyrgyz are very respectful of adults.

23. Although it is commonly believed that the Kyrgyz are Muslim, it is important to know that customs are more important to them than the laws of isalam.

25. The Aigul flower (scientifically called the “Ryabchik Eduardo”) grows in the mountains of Kyrgyzstan and is found nowhere else in the world. “Moonflower” (so the name is translated) for this reason back in 1978 was included in the Red Book. 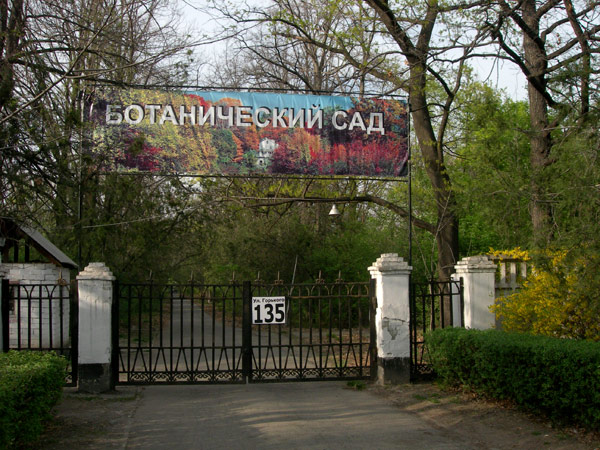 26. In the southeastern part of the Botanical Garden of Bishkek there is an “anomalous square”, where its own microclimate is established – asters, tulips and other heat-loving flowers bloom there in winter.

27. Kyrgyz coins are minted in Kazakhstan.

28. And special cotton paper for Kyrgyz soms (the local currency) is made in France and Great Britain, and banknotes are printed in Malta. 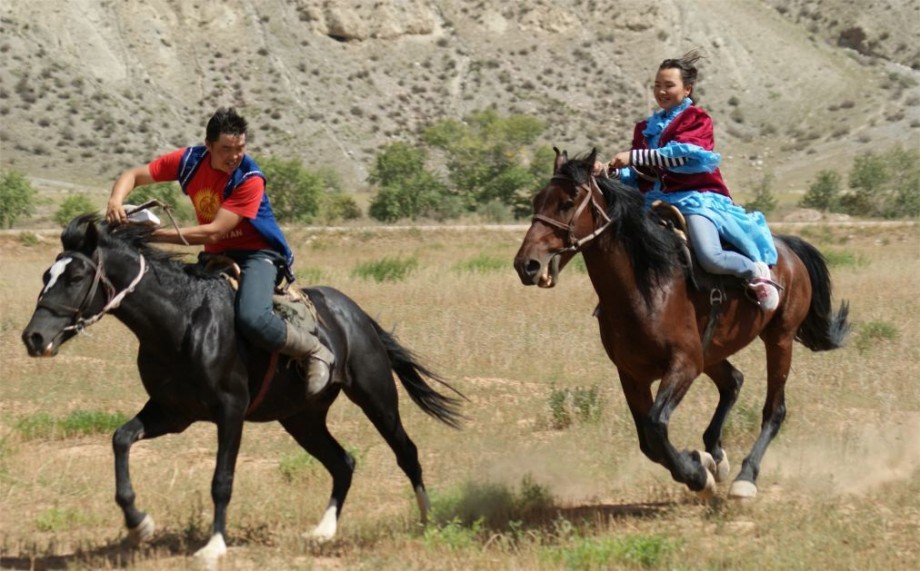 29. In Kyrgyzstan the equestrian games are very popular, they are held on every national holiday, and it is really interesting to watch them.

30. Mountains occupy more than three quarters of the state. At the same time 4% of Kyrgyzstan is covered by ice, which never melts.

31. On one of the glaciers, scientists found wooden arrows that were made by hunters several thousand years before our era. Thanks to the ice surrounding them, the arrows are perfectly preserved. 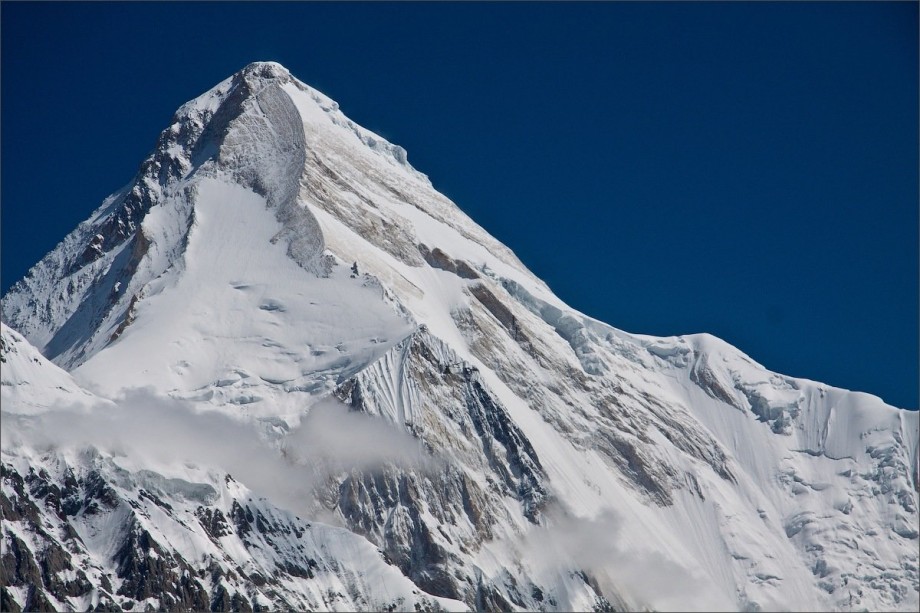 32.The country is home to the northernmost “seven-thousandth peak” on Earth – the highest point of the Tien Shan, which is called Victory Peak. At 7,439 meters, it is the 78th highest mountain in the world.

33. Incredible and controversial among scientists is the ancient stone statue of Buddha in Yssyk Ata.

34. The mummified remains of a royal family, which date back to the 7th century B.C., were discovered during well-drilling at Kumtor.

35. Between the Saryjaz and Tengri-Tag mountain ranges, Lake Merzbacher appears and disappears every year. Scientists still cannot understand why and how it happens. 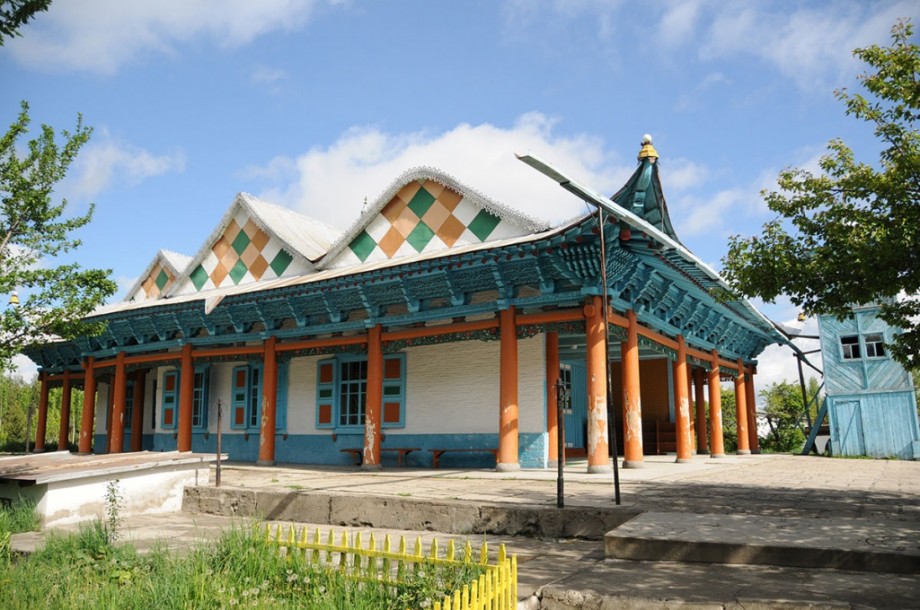 36. In the city of Karakol there is a unique Dungan Mosque, which looks very much like a Buddhist temple and was built without a single nail in the late 19th century.

37. In the center of the city of Osh is Mount Suleiman (Biblical King Solomon), standing on which, according to legend, the prophet spoke to God, leaving the imprints of his knees and forehead on the stone.

38. In Kyrgyzstan there is Kumtor, a high altitude gold deposit, second only to the Yanacocha deposit in Peru. Kumtor lies more than 4 kilometers above sea level. 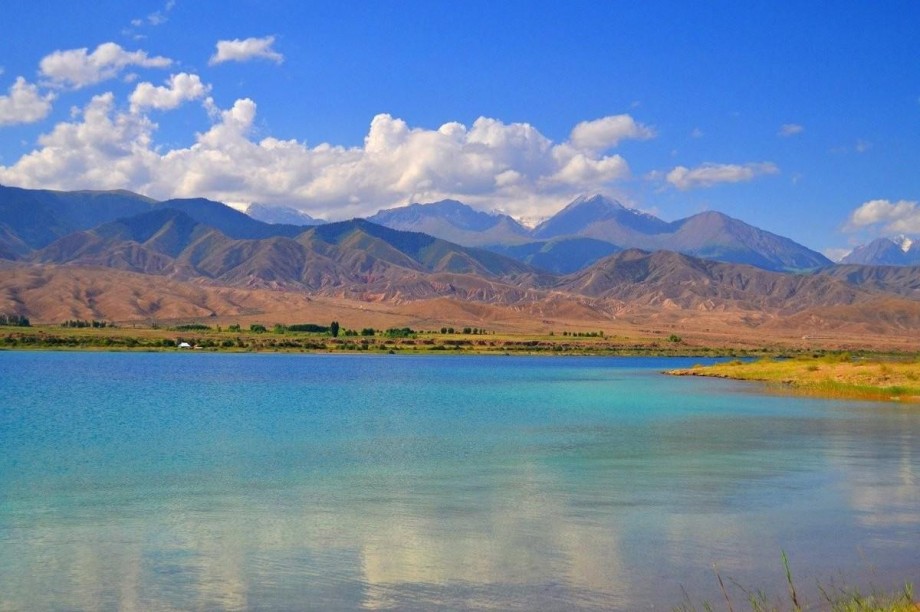 39. There is one interesting body of water in Kyrgyzstan – Issyk-Kul. It is the second largest salt lake in the world after the Caspian Sea (which is a sea only nominally), and in terms of transparency it is second only to Lake Baikal.

40.Scientists have proved that Issyk-Kul is a part of the Pacific Ocean, with which the lake is connected by many underground rivers.

41. On the shores of Issyk-Kul is a villa that once belonged to the legendary Cuban leader Fidel Castro.

42. 42. Astronauts claim that from near-Earth orbit, the famous Kyrgyz lake of Issyk-Kul resembles a human eye.

43.Kyrgyzstan is a place of pilgrimage for Buddhists from around the world because of the “Tamga-Tash” stones with prayers and Tibetan inscriptions carved on them, which are located on the southern shore of Issyk-Kul. Archaeologists date the sacred stone blocks to the eighth to ninth centuries.

44. In Jalal-Abad, according to legend, there was a spring of Chashma-Ayub, the water from which the prophet Ayub (Job in the Bible) drank. 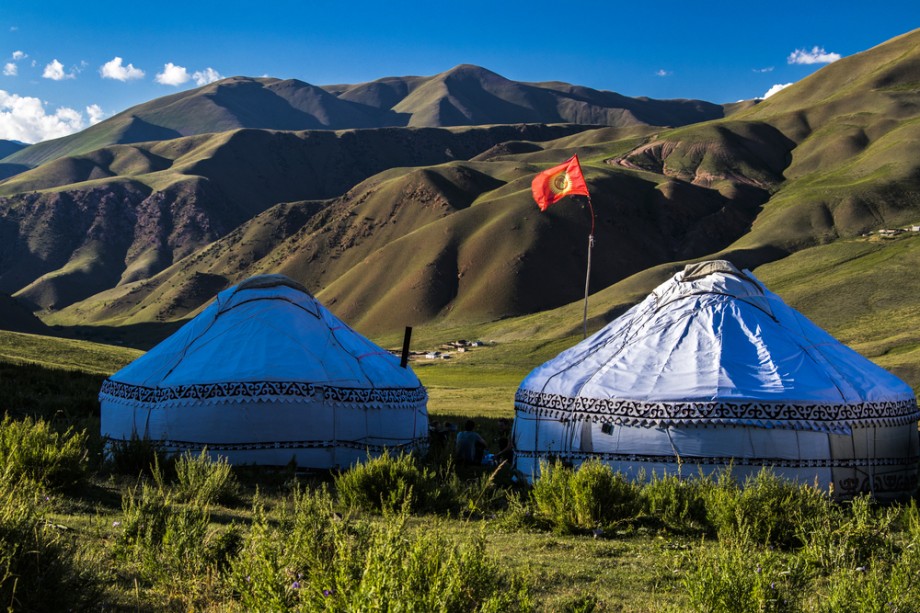 47. The national Kyrgyz drink is kymyz (koumiss), which is made from mare’s milk taken at a strictly defined time.

48. There are almost all minerals on the territory of Kyrgyzstan, but they are abundant and difficult to extract, so agriculture is more developed.

49. Kyrgyzstan is a mountainous country, so a lot of snowboarders and skiers come in the winter, skiing is very strongly developed. It turns out that you can vacation here in both winter and summer. In winter to ski, in summer Issyk-Kul (a very beautiful lake), hunting, rock climbing. Therefore, the number of tourists visiting Kyrgyzstan every year is about the same as the population of this country.

50. After the collapse of the Soviet Union fraternal ties between Kyrgyzstan and the Russian Federation have not broken off completely, and one can still find many similarities between them, especially in terms of mentality and Soviet heritage in general. 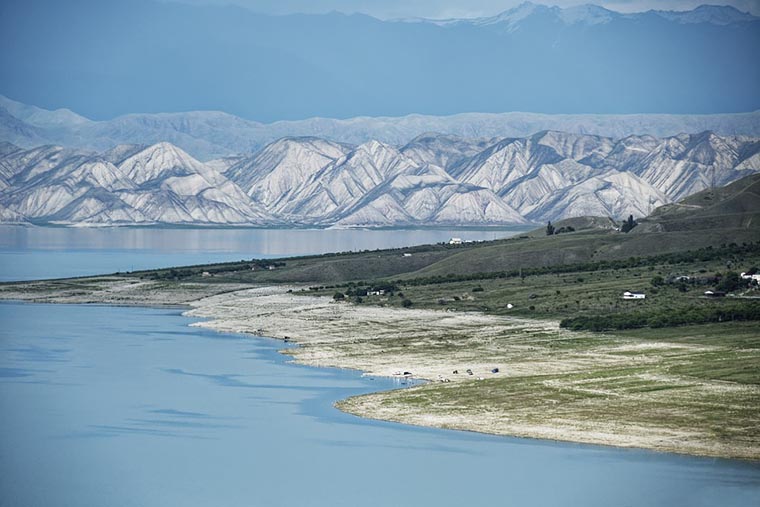 READ
Noto, the showcase of Sicilian Baroque or the city with the most beautiful balconies 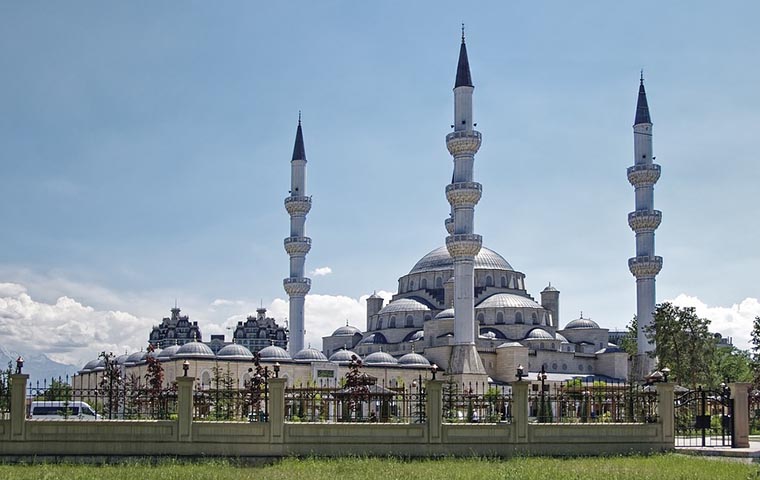 Most Kyrgyz practice Sunni Islam, but Kyrgyzstan is a secular state. 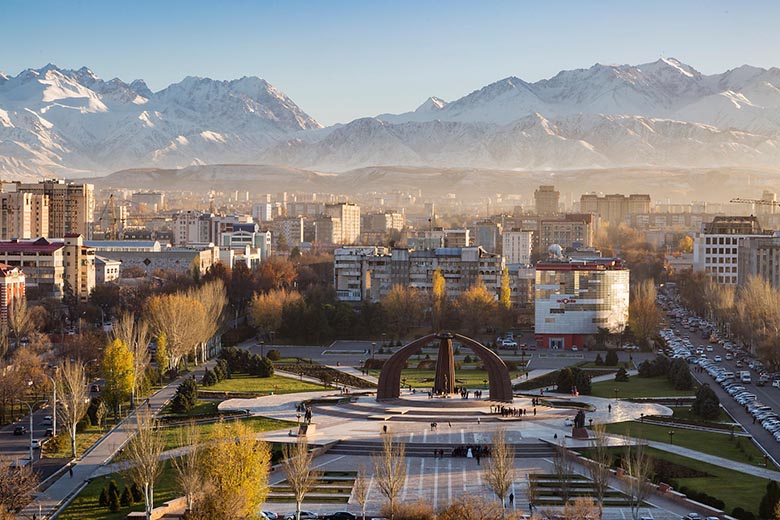 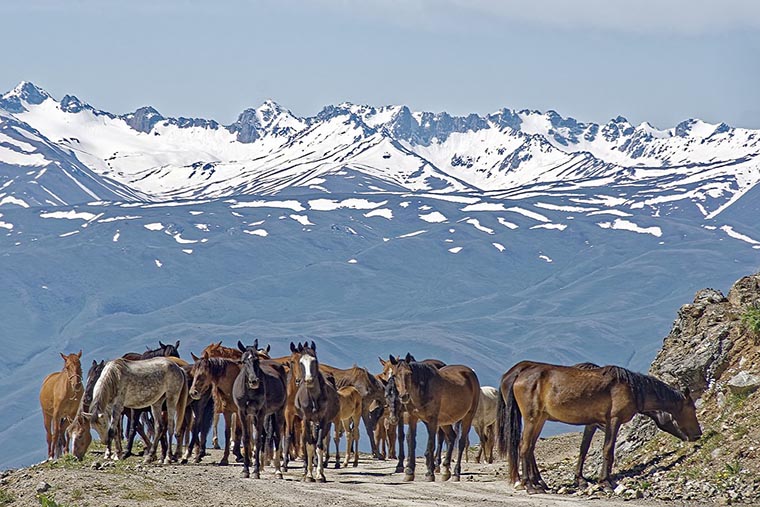 Horses are the most important animals for most Kyrgyz.

READ
Isfahan - the Pearl of Iran 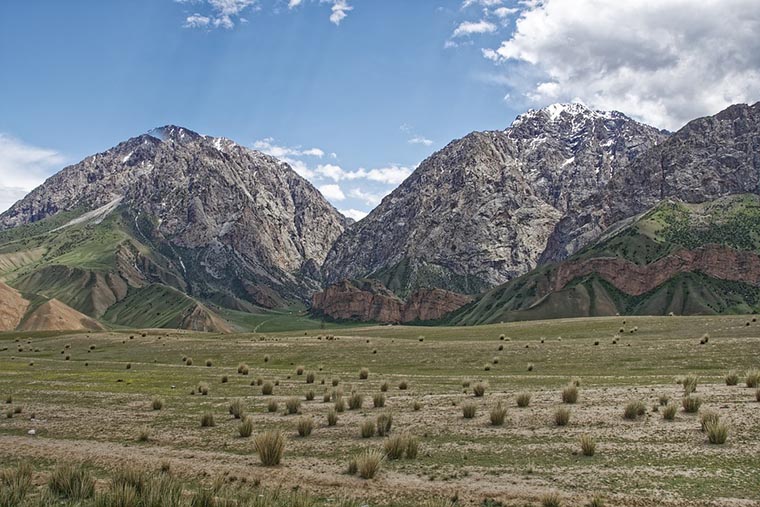 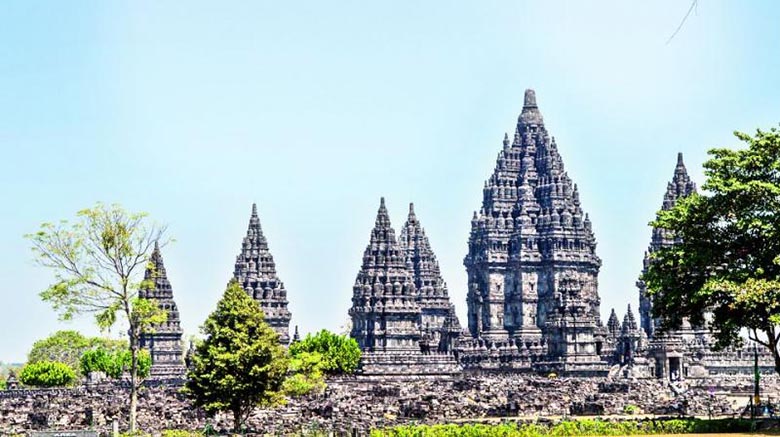 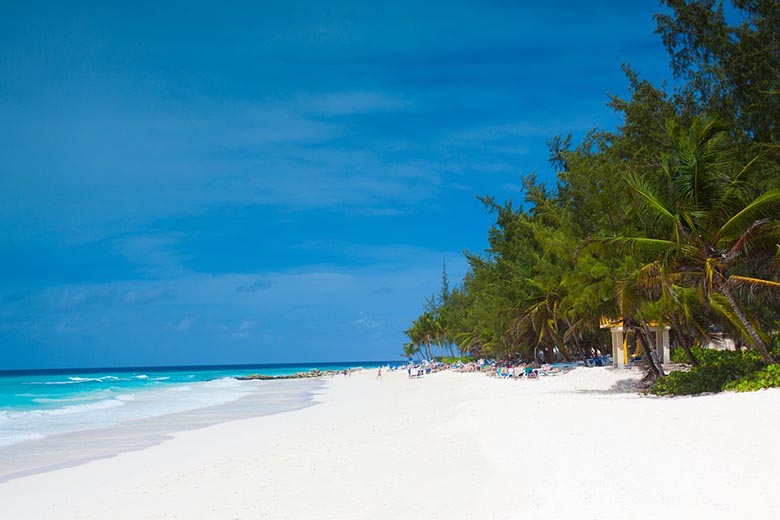 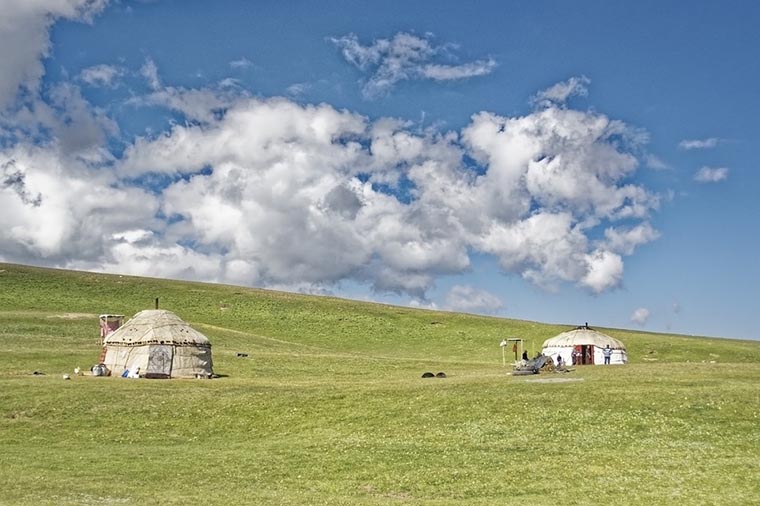 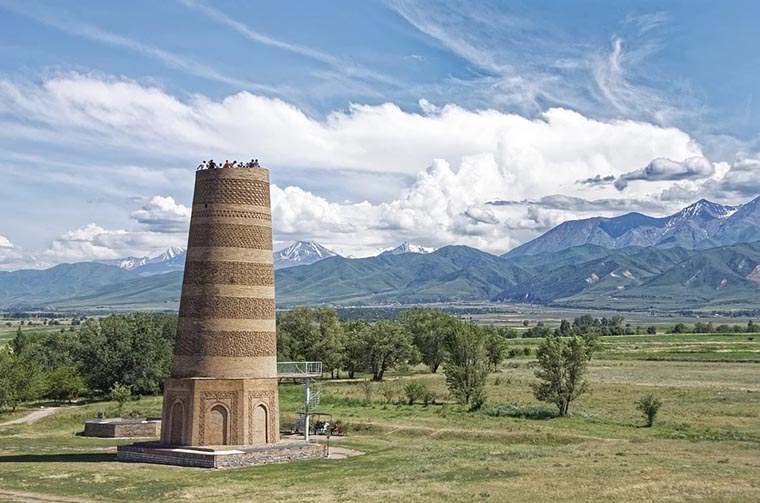 The Burana Tower, an ancient minaret built in the 11th century, is one of the main historical sites of Kyrgyzstan.