The Galapagos Islands are part of Ecuador. I didn’t know that when I was going to South America for the first time. Jungles yes, volcanoes yes, but the fact that the very Darwin Galapagos, where century-old turtles live, would be so close to Ecuador’s capital of Quito and even closer to the second most populous city of Guayaquil, I couldn’t imagine.

On the Galapagos Islands, I met a Frenchman who ran a restaurant near Machu Picchu: he came to Peru, making a round-the-world trip, met his future wife there, and stayed. The French traveler asked me how old I was, and when he found out I was 23, he said wistfully: “Feel how lucky you are to be here. Some people don’t get that chance in a lifetime.”

I felt it. And I wish everyone could feel it: the uniqueness of the Galápagos in every inch of land, in the black shores of frozen lava, in the unafraid dignity of iguanas strolling across the sand, in the lazy movements of the seals, in the flap of a pelican’s wing trying to steal a fish at the coastal market.

It’s worth saying right off the bat that there are many Galapagos Islands. The largest is Isabela. A little smaller is Santa Cruz, where the largest city of Puerto Ayora is located. Then there is San Cristobal and Floriana. Only these four islands are inhabited. The others are inhabited by seals, iguanas and birds. You can get to the Galapagos by plane and ferry. Now I will tell you the details.

Airplane is the most convenient way to get to the Galapagos. In any case, you have to change planes from Russia. Since you are going to cross oceans and seas, it makes sense to visit not only the Galapagos, but also Ecuador, because connection is usually made there.

READ
The best souvenirs from Japan

The easiest way to get from Moscow to the airport of the Ecuadorian capital, Quito, is a round-trip ticket of about 1500 USD. The most popular flights are realized by KLM (change in Amsterdam) and Iberia (change in Madrid). There are also combined flights of Aeroflot, Air France, American and local COPA. I want to draw your attention to the fact that if the flight has a connection to the USA, you will need an American visa (even just to stay in the transit area).

You can go directly to Galapagos, but the ticket costs more – about 2000 USD: you will fly with the same airlines via Moscow – Europe/USA – Guayaquil, and then local airlines to Galapagos. There are two airports on the islands: San Cristobal and Baltra.

Flights to the Galapagos from Quito (the capital) or Guayaquil (the largest city on the coast) are operated by Colombia’s Avianca and Ecuador’s TAME and LAN-Ecuador. The flight from Quito or Guayaquil to the island of Baltra, where the most popular airport in the Galapagos, takes two hours and one hour, respectively. A ticket from Quito costs about 150 USD, from Guayaquil – 50 USD. Non-Ecuadorian citizens can’t buy a one way ticket, so multiply by two.

I flew first to Quito, lived there for a few days, and then made my way to the Galapagos: flight Quito – Baltra with landing in Guayaquil. Didn’t plan anything in advance and bought the last ticket for 150 USD. There are a lot of flights – at least eight per day, but you shouldn’t do this: the earlier you book, the cheaper the tickets, you can buy the route Guayaquil – Baltra for 14 USD.

On arrival, you have to stand in line for the paperwork – in your passport will put a special stamp with a turtle, and go through an inspection of things for alien to the islands’ flora and fauna, pay 100 USD, as any foreigner who visits the reserve.

READ
Little Curacao - a ghost island in the middle of the Caribbean.

How to get from the airport to inhabited places

The airport is located on the uninhabited island of Baltra. From there, a free bus takes tourists to the ferry, and it takes them to Santa Cruz, where there are cabs to Puerto Ayora.

It’s convenient to buy a tour on the mainland, then you’ll be met and taken to your hotel and attractions. I was met for the first time in my life with a sign “Daria Ofitserova. A quiet, tanned man took me to the bus where all the passengers were packed, including an American couple with a child and four suitcases, tourists in Ecuadorian hats, groups of schoolchildren, Indians, and me, a lady in a pink overalls suit.

From the plane to the bus, from the bus to the ferry. It took a minute to sail, everyone put on their vests, paid a dollar each, took off their vests, and got off at Santa Cruz. Not expecting personal transportation, I walked to the buses, ready to get on any one the conductor would show me. But no: he got behind the wheel of a pickup truck – the most popular mode of transportation here: even police officers drive pickup trucks – and off we went. 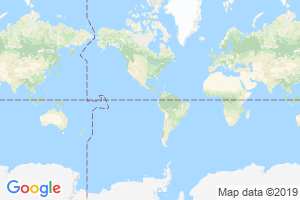 The Galapagos Islands, a legendary archipelago, a unique world biosphere reserve, and the main tourist attraction in Ecuador, are all named after a special species of giant land turtles called Galapago. The Galapagos Islands form an archipelago of volcanic origin located 972 km from Ecuador. The age of the Galapagos Islands is quite impressive, the first islands of the archipelago were formed 5 to 10 million years ago as a result of tectonic activity. The youngest islands are Isabela and Fernandina which are still forming today.

The Galapagos is primarily associated with Charles Darwin, who visited it and created his famous theory of evolution and the origin of species.

The Galapagos officially appeared on the world map in 1535, when it was stumbled upon by a Spanish priest, Tomás de Berlanga, on his way from Panama to Peru.

In 1832, Ecuador annexed the islands, and in 1835 Charles Darwin visited them as part of a maritime expedition and explored their flora and fauna.

It is interesting to trace the evolution of the islands’ regalia. The Galapagos was declared a National Park in 1936, a UNESCO World Heritage Site in 1978, and a World Biosphere Reserve in 1985.

In addition to Darwin, the islands were honored to visit another famous scientist and traveler. In 1953, the legendary Thor Heyerdahl visited the archipelago in search of the treasures of the ancient Incas.

How to get to the Galapagos

You can get to the islands through Guayaquil, the flight takes about two hours. Flights to the Galapagos are operated by various airlines such as Tame, Avianca, and LAN. The cost of the flight Guayaquil – Baltra – Guayaquil is quite high and varies from $300 to $600.

Direct flights from Quito, Ecuador take 2 hours and 10 minutes. With a connection, it takes at least three and a half hours to fly. Flights are operated by Avianca and LATAM.

For the privilege of getting to the Galapagos, you must pay a tourist fee of $ 100 (cash only!), In addition, when departing from Guayaquil they charge an additional $ 10 per person. This policy of the Ecuadorian government is aimed primarily at preserving the reserve and maintaining its uniqueness and exclusivity. Otherwise, the Galápagos would have long ago become a mass destination and lost its secluded charm.

Consider transportation options from Baltra Airport. After paying the tourist fee and getting your bags, take the free bus when you leave the airport, which will take you to Itabaka Canal in 10 minutes, where the ferries are already waiting for tourists. For 10 minutes and 80 cents (all prices as of March 2014) the ferry will take you to the main island of the Santa Cruz archipelago. Then, to get to the city of Puerto Ayora there are two options.

It should be noted that the popular statements about the unprecedented high cost of the islands is only a myth, but the real expensive holiday here can only be obtained in the form of a cruise. If you want to travel between the islands and look for cost-effective accommodation on the spot, it is possible to keep within an acceptable amount and not to damage the budget.

Cruises to the Galapagos Islands

Visiting the Galapagos Islands is also possible as part of cruises that offer different programs and itineraries. It is clear that it is much more expensive compared to the independent travel based on the three main islands of the archipelago, but the cruises have an undeniable advantage – some islands (eg Genovese, Fernandina, Espanola) can be visited only in this format. More information on prices and cruise itineraries can be found here.

We compare all available flight options for your query, and then direct you to the official airline and agency websites for purchase. The airfare you see on Aviasales is the final price. We’ve removed all the hidden services and tick boxes.

We cooperate with Aviasales.ru and take no commissions – the cost of tickets is absolutely the same as on the site.

Climate in the Galapagos

The proximity to the equator and the cold Humboldt Current have largely determined the specific climate of the islands. It is much cooler here than in other places near the equator, and the water temperature averages + 20 degrees.

The islands can be visited throughout the year, but the best time to visit here are traditionally considered to be February and March, when the water gets up to +23 – +25 degrees and is comfortable for swimming and snorkeling. The coldest months on the islands are June, July and August, and the ocean is usually stormy during this period.