The port city of Fremantle is located in the limestone hills at the mouth of the Swan River, about 25 minutes from Perth in Western Australia. The town’s most impressive historic buildings are built of light local limestone. Fremantle is washed to the north and east by the waters of the Swan River and to the west by the waters of the Indian Ocean. To the north and south of the city are picturesque beaches. There are several islands off the coast, including Rottnest Island, which is connected to Fremantle by a regular ferry service. Fremantle Harbor receives cargo and cruise ships, ferries, and pleasure yachts daily. During World War II, Fremantle served as a base for Allied Navy ships. Thousands of immigrants from war-torn Europe poured into Fremantle. Many stayed forever, hoping to build a new life in Western Australia. Today Fremantle is Western Australia’s largest trading and fishing port.

The first Europeans arrived here in 1829, when Captain Charles Fremantle explored the west coast of New Holland on behalf of the British Crown. In June 1829 Governor James Stirling went ashore to establish a settlement at the mouth of the Swan River. Soon after, the settlement of Perth, 20 kilometers upriver, was established and became the modern capital of Western Australia. Between 1850 and 1868, convicts were transported from Great Britain for penal labor. By the hands of convicts were built some of the buildings that now make up the historical architectural heritage of Fremantle: the prison and the Arts Center. Fremantle became a city in 1929. Its role as the economic center of Western Australia was cemented by Perth, preserving Fremantle’s fine architectural heritage, which has been barely touched by modernization.

There are plenty of walking routes through Fremantle. Walking through the winding streets on foot, you can trace the connection of the colonial and gold rush period to the modern day.

As you travel through the city, you’re sure to stumble upon the legendary Fremantle Prison, the same one that was built by prisoners. The prison is the largest surviving building in the region and is a Western Australian World Heritage Site. The building functioned as a place of incarceration for nearly 140 years. It wasn’t until 1991 that it was decommissioned as a maximum security prison.

The Fremantle Arts Centre is also a part of the architectural heritage of the past. The building’s neo-Gothic façade, constructed of local limestone, is impressive. Built in 1864, the building has since served as both a naval base in both world wars and a technical college. In 1972, the Fremantle Arts Center was housed here. The arts center hosts concerts by Australian and international musicians.

As Perth developed, Fremantle’s economic development slowed. A turning point in the city’s life was the America’s Cup Defence in 1987, which breathed new life into the city and showcased it to the world. In December 2011, Fremantle hosted the International Sailing Federation (ISAF) Championships.

The bicycle path along the south bank of the Swan River stretches all the way to Perth. Traveling along it, you can see rocky limestone deposits along the entire route. Fremantle is home to more than 70 parks and preserves. Esplanade Park, a beautiful city park surrounded by tall pine trees, sits on reclaimed land in the center of town. Monument Hill Reserve – A memorial to World War II heroes with a spectacular observation deck overlooking the city, the ocean and the river. Fremantle Park is a popular public park, used for sports and recreation.

Locals love to celebrate the holidays, the town is bustling with life. There are plenty of pubs, clubs, dance floors, cinemas, and cafes that open their doors to residents and visitors every day. Fremantle has something to offer for visitors of all ages at all times of year and it’s a great city for a memorable holiday.

Fremantle, called “Freo” by the locals, is one of the oldest towns in Western Australia. It is located near Perth and is a major cultural center full of beautiful colonial buildings as well as gold rush architectural treasures. This picturesque town attracts visitors with its rich history, modern present, and beautiful Indian Ocean beaches.

Fremantle was founded in 1829 at the mouth of the Swan River, which flows into the Indian Ocean. At the time, it was to function primarily as a port for the newly established colony. It wasn’t until the late 19th century that the port was artificially dredged and is still thriving today. Today Fremantle has a reputation as the most serviced port in the world, as well as the most important maritime center in Western Australia. It is home to about 30,000 people. 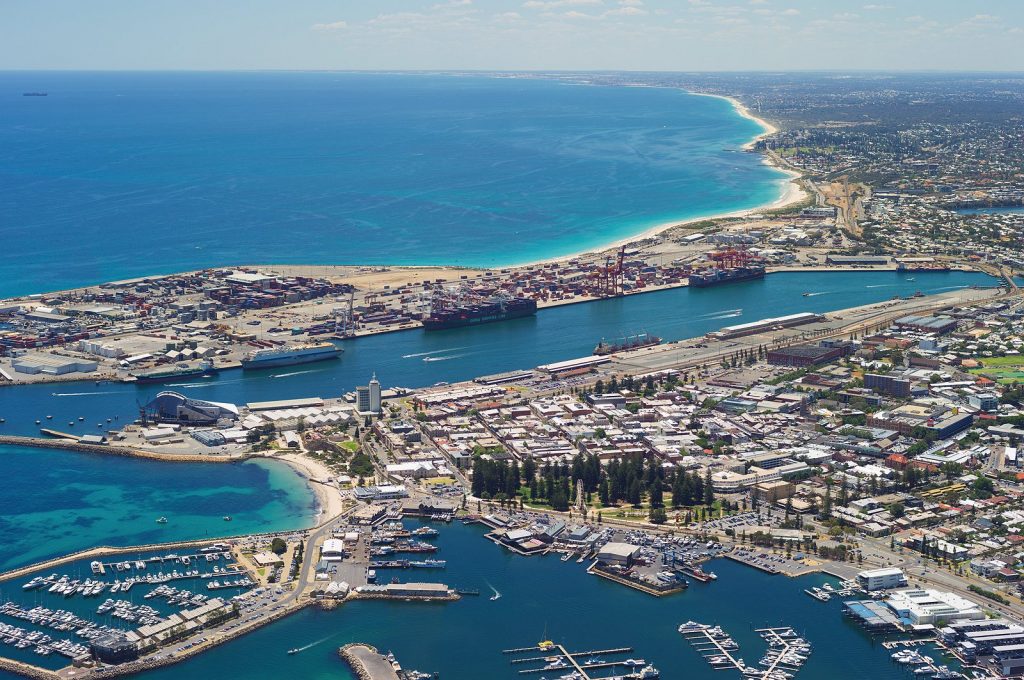 Unlike neighboring Perth, Fremantle has been able to maintain its colonial look, which it acquired through numerous buildings built by British prisoners. Thus, the city consists mostly of 19th-century buildings, which were renovated along with other buildings in 1987, when the city hosted the America’s Cup. The America’s Cup yacht race is held every four years, and its tradition began in 1851. In 1987, thanks to this unique event, the city expanded with many outdoor cafes, restaurants and businesses. The old docks, now a popular tourist attraction, have also been restored. 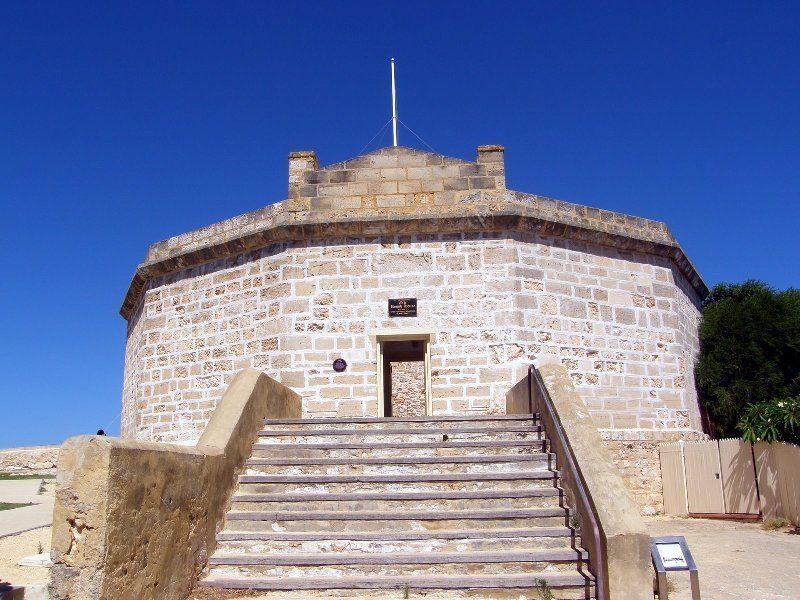 The oldest building in Fremantle is the twelve-sided limestone Roundhouse, built in 1830. It first served as the city’s first jail, and in 1844 the first execution by hanging took place here. Under the prison is an underground corridor, which was built in 1837. It was used mainly by whalers who could easily transport their catch from the wharf to High Street. If you look to the left of the Roundhouse, you can enjoy a beautiful view of the bay and Rottnest Island.

In the 1950s, however, when a large group of convicts arrived in town, there was a need for a larger prison, and so Fremantle Prison had to be built. This impressive building, with its massive domineering guardhouse, was built in 1855 by the convicts themselves. In addition to the gatehouse, there are steep and almost eerie limestone blocks made up of individual cells. Today the entire prison complex is open to visitors, who can tour the cells with paintings of the prisoners, as well as the chapels and the horrifying execution rooms. In 1964 the last convict was hanged here. 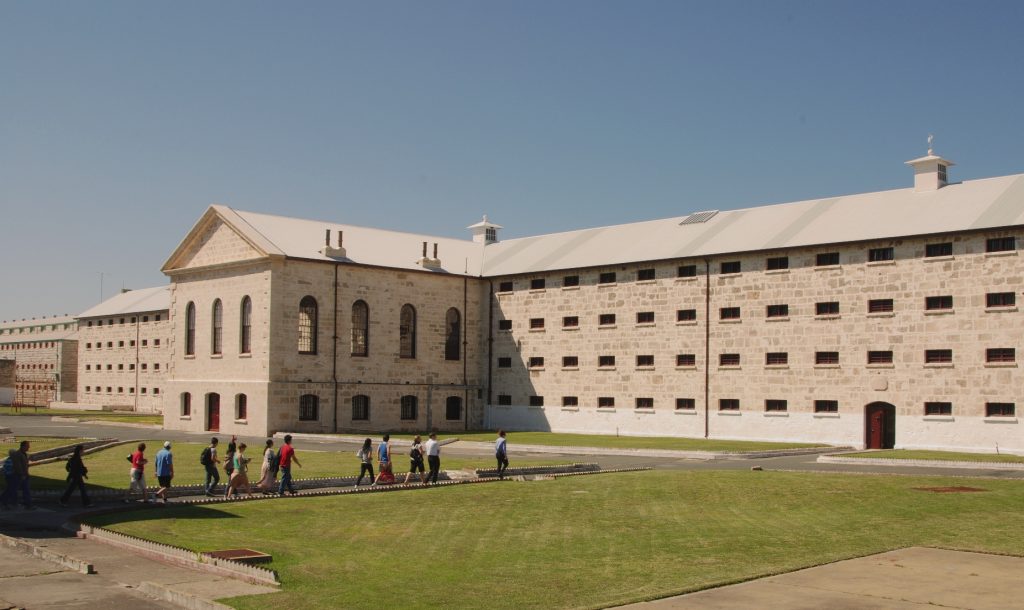 Fremantle hosts a tour of the Maritime Museum of Western Australia, which houses the restored hull of the Dutch Batavia. It is the part of the wooden ship that was discovered off Abrolhos Island, where it sank in 1628. The various exhibits on display here tell the story of the ship’s mutiny as well as its shipwreck. Visitors also have the opportunity to see life aboard the Batavia. In addition to the ship itself, the museum features a reconstruction of a stone arch that was found near the shipwreck in the middle of the coral reefs. It was supposedly carved in the Netherlands and transported in Batavia to Jakarta, where it was to be installed. But it never made it there. Another valuable exhibit, the submarine HMAS Ovens. 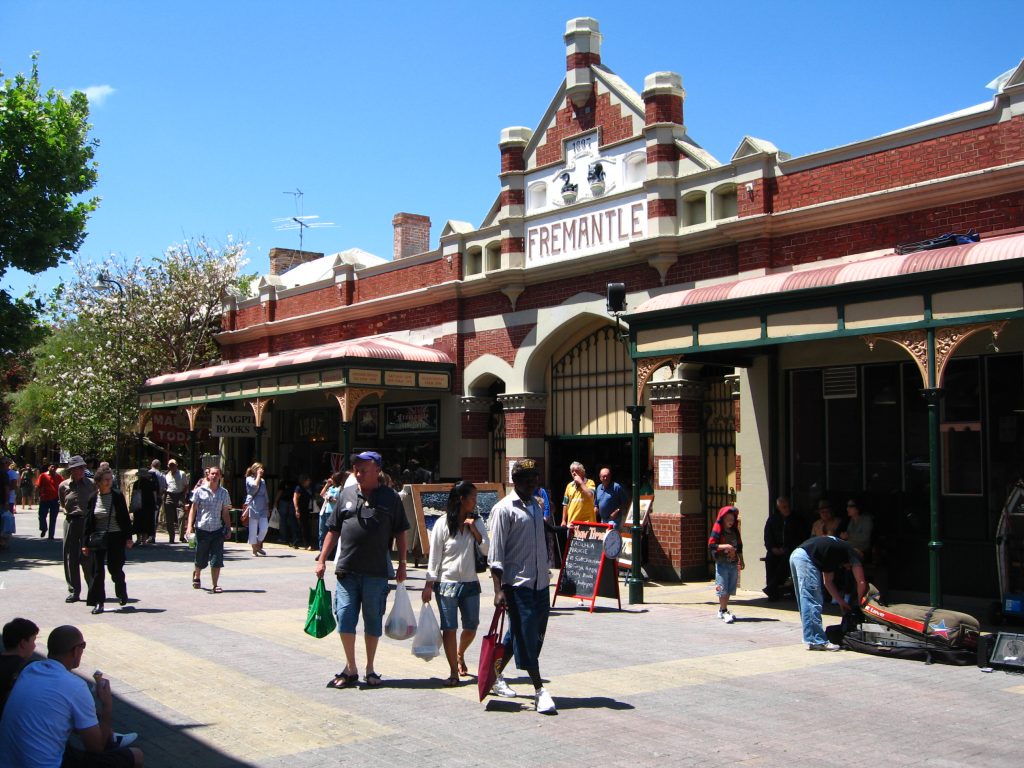 When visiting Fremantle , it’s a must to experience the local markets. In 1890 a competition was announced for the architectural design of the market, and the winning design actually built the market two years later. It was renovated in 1975 and has continued to serve its purpose ever since. Shoppers can see merchandise at 170 stalls. They can find just about anything they can think of, from fresh fruits and vegetables to opals.

Also of interest is the Fremantle Museum, which is housed in a beautiful neo-gothic palace built between 1861 and 1865. The original intention was to build an institute for the mentally ill, and for several years the palace also served that purpose. The building was then also used as a central tent for American troops and the location of the Maritime Museum of Western Australia. The original building was further expanded between 1880 and 1902, and the Fremantle Arts Center found refuge in the newly created portion. In 1967 the building was threatened with demolition, but thanks to the efforts of the local mayor it was saved and subsequently restored. 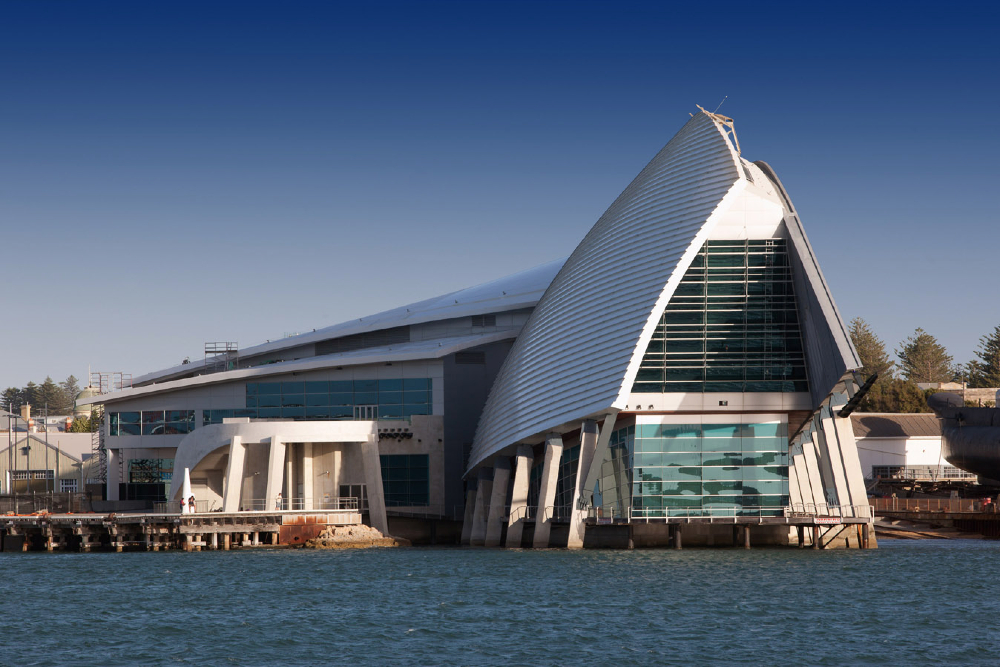 It is now home to the Fremantle Museum, which aims to explore the daily activities of people who came to this part of Australia in the 19th century to see a better future. Visitors to the museum will be able to learn how these people lived and also learn what obstacles they had to overcome. The Fremantle Center for the Arts displays the work of local contemporary artists. Many exhibits are for sale. Open-air concerts and various art events are regularly held on the gallery grounds. Another attractive gallery is located just off South Terrace, Fremantle’s main boulevard. It’s the Creative Native Gallery , where you can see original Australian Aboriginal products and musical instruments.