Why Finland is called the country of a thousand lakes

Finland is a European country, bordering Sweden, Norway and Estonia. Finland’s population is just over 5.5 million, and the country has several thousand lakes. If you compare the ratio of the number of lakes to the population, we can conclude that one lake in Finland accounts for 26 inhabitants of the country.

Finland is considered one of the most attractive countries in the world, because here people and nature are in harmony.

The Land of a Thousand Lakes – what is it

People call Finland the Land of a Thousand Lakes. This name comes from the large number of reservoirs, which occupy a large percentage of the country. Well, it’s also a very poetic name from the point of view of attracting tourists.

How many lakes in Finland

Approximately 10% of the country is occupied by different lakes. There are many lakes, as well as marshes and swamps (marshy areas). At last count geographers estimate that there are about 190,000 lakes in Finland.

The country’s water system is fragmented by elevated ridges, which contributes to the formation of many waterfalls and rapids. This allows Finland to make the most of its energy potential, and this multitude of lakes attracts tourists from all over the world.

Why Finland has so many lakes

The formation of the lakes took place about 1,000 years ago during the Ice Age. Back then, there were many glaciers on the planet, which gradually began to melt, forming various physical objects. All this shaped, among other things, the landscape of Finland, which has survived to this day.

The impact of the lakes on the Finnish economy

All the lakes in Finland not only add to the natural beauty of the country, but also influence the economy. This is due to the fact that many Finns are involved in fishing, and it also provides transport for cargo ships not only between Finnish cities but also between different countries. The presence of a large number of water bodies allows residents and tourists to travel on the lakes and has a positive effect on agriculture.

There is another sector of Finland’s economy influenced by the lakes – tourism, as tourists from all over the world come to the country to enjoy the spectacular scenery.

What you can do on the lakes in Finland

It is worth coming to Finland not only to visit ski resorts and various attractions, as well as to try the local cuisine, but also to enjoy a great beach holiday. In summer all conditions for a comfortable vacation, as Finland has clean water, fresh air and gentle sun. First of all, you should pay attention to the beaches of lakes such as Kuopio and Kallavesi. You can come here on your own, or choose a villa with everything you need. Hotels have spas, tennis courts, swimming pools, bicycle rentals, and provide therapeutic massage. 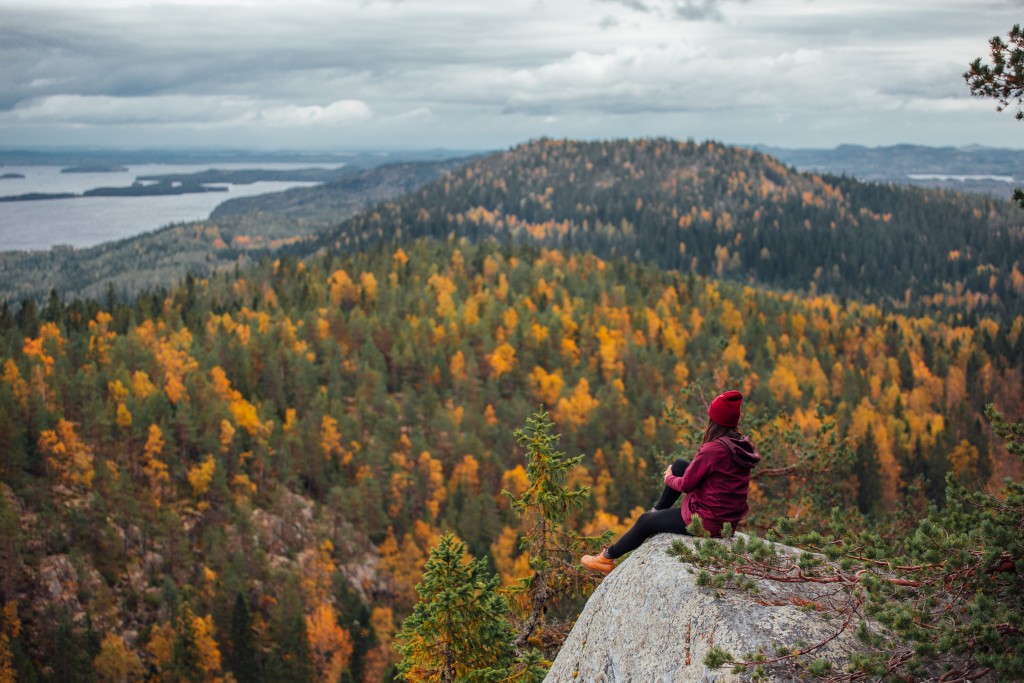 The resort towns of Jyväskylä, Mikkeli and Oulu, which have some of the best hotels, are no less popular among vacationers. Also the water expanses of Finland will conquer fans of active sports, such as SUP surfing. In summer in Finland come to the beaches, and in winter, tourists are waiting for special ice skating tracks. And in any season, tourists can relax among the beautiful Finnish nature, which is represented by a wide variety of flora and fauna.

Important: Most of the reservoirs in the country is protected by law as a private property, so you must obtain a license for fishing.

The government of the country is very sensitive to the local nature and is doing everything possible to preserve the former form, so it is worth carefully following the established rules to avoid fines or deportation from the country. If desired, you can go to one of the 29 national parks to immerse yourself in wildlife.