The kingdom of Ladakh, or Little Tibet, is a highland area lost in the Indian Himalayas, sandwiched between China and Pakistan. It is here, in the state of Jammu and Kashmir, that I got a clear sense of what real Tibet is, whose culture, religion and traditions have been surprisingly preserved in Ladakh for centuries. In contrast to central Tibet, whose appearance is gradually losing its authenticity due to the cultural expansion of China. Thousand-year-old Buddhist monasteries, ancient rituals and Tibetan villages peacefully coexist with the Muslim culture of Kashmiris and Hindus from the plains. But even those who are not interested in history and Eastern religions, will get a lot of impressions in Ladakh. The cosmic landscapes, camels and yaks, high-altitude lakes, snowy peaks of Himalayan peaks allow you to literally jump into the sky. After all, the average height of the Ladakh Kingdom is more than 3000 meters above sea level, and some settlements and roads are above 5000 meters! 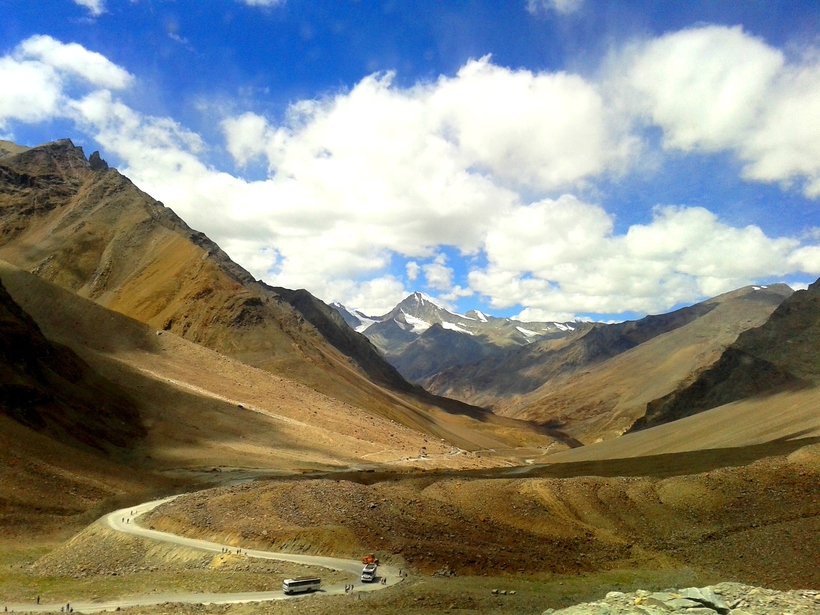 The main thing is to be mentally and physically prepared so that you don’t get dizzy from the extreme heights and fantastic impressions.

Ladakh is located in the far north of India in the state of Jammu and Kashmir. Wherever you come from, you’ll pass through Delhi. Learn more about how to reach the Indian capital here. The journey to Ladakh is the most interesting part, because it is almost more exciting than Ladakh itself.

It would seem that the most convenient way to get to Ladakh is by plane from Delhi to the capital of the region – the city of Leh (or “Leh”). Direct flights of about an hour and a half are operated by many Indian airlines (Vistara, Jet Airways, GoAir, AirIndia). Average prices range from 90 to 180 USD (5,000 to 10,000 RUB) per one way.

READ
What to Beware of in Amsterdam, Netherlands

It is usually better to buy tickets several months in advance, because the price will go up to 250-350 USD (15 000-20 000 RUR) per one way. But don’t hurry to buy tickets, because this method seems to be optimal only at first glance. I would advise you at least to get there by land transport, because:

The city of Lech is 3,500 meters above sea level. Any mountaineer will tell you that it is best to gain altitude gradually. More than once I met people who arrived in Ladakh by plane and the first two days they could hardly move their legs, or simply lay down as if dead in their rooms because of the mountain sickness. And the way by car (with a gradual climbing, overnight stays and sightseeing in the intermediate points) will take you at least 2-3 days, which will allow the body to acclimatize.

Yes, back to Delhi (if you have the funds) I suggest that you take a plane to admire the views of the Himalayas from high altitude. But to deprive yourself of the pleasure of driving at least one way along one of the highest and most beautiful roads in the world – I consider it blasphemy!

The Manali-Leh route was one of my main goals for which I went to Ladakh in the first place. The route passes through four of the highest mountain passes in the world (the most dangerous is Rotang – 3978m, the highest is TangLang – 5325m). 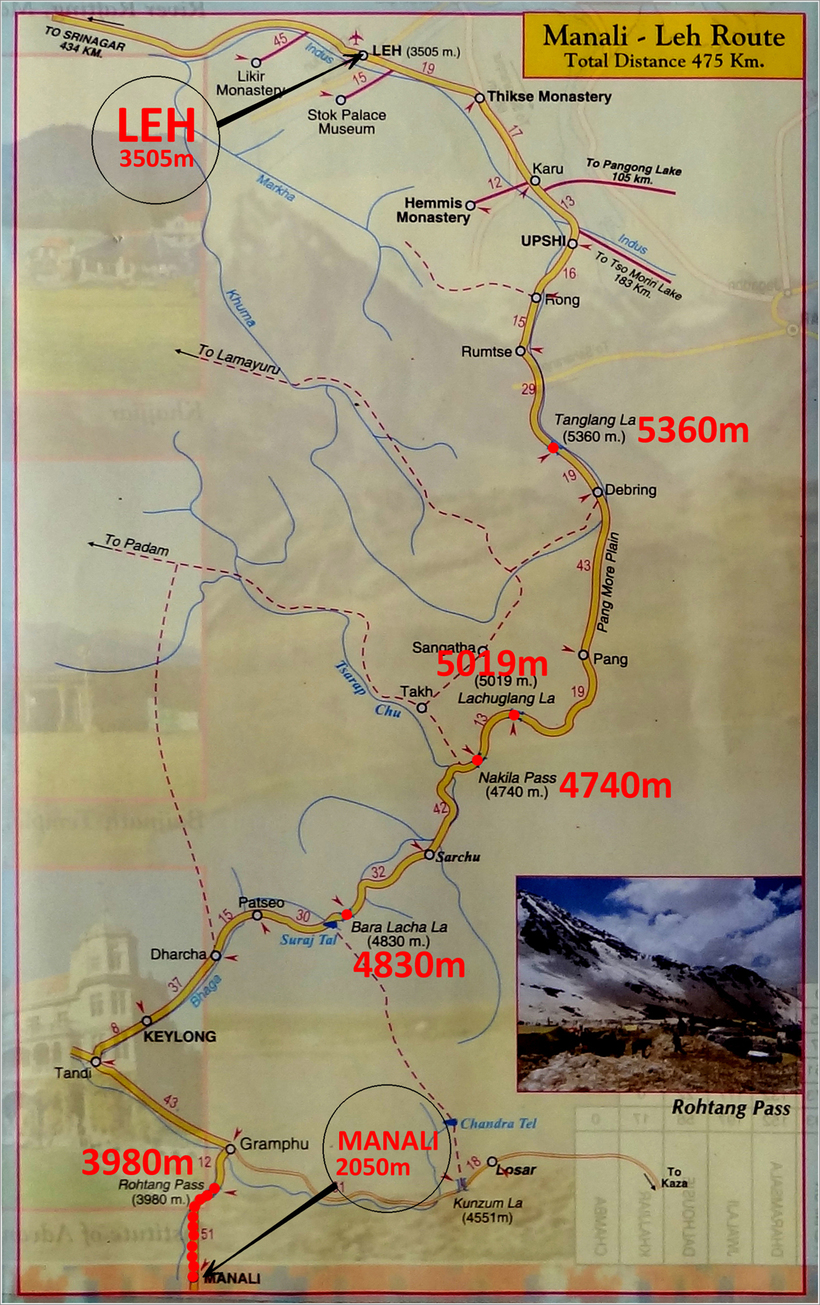 The quiet tourist village of Manali in the foothills of the Himalayas can easily be reached overnight by bus from Delhi. The price ranges from 10 to 25 USD (600-1500 INR, Indian rupees), depending on the class and availability of air conditioning. In Manali, at an altitude of 2000m, surrounded by age-old pine trees, the visible snow caps of the 8,000m mountains and the meditative atmosphere, I recommend spending a couple of days for acclimatization. At the same time, buy a ticket on the tourist minibus to Leh. It takes you from the subtropics to the “open space” of the Tibetan highlands!

READ
Top 5 places to visit during your vacation in Croatia All the 500 kilometers of the trip my body was torn by opposite feelings: either to admire the fantastic, constantly changing landscapes behind the window, or to close my eyes for fear of falling into a chasm with another dashing maneuver of the Indian driver, or to fall into oblivion from motion sickness and seizures of mountain sickness. But everything is feasible for a person with average physical fitness. I will tell you about how to minimize the effect of the “mountain sickness” on the body later in the “Safety” section. Commercial mini buses leave Manali at 2-3 in the morning, and come as you are lucky (taking into account road repairs, avalanches and resulting traffic jams on the serpentine). Usually 15-20 hours of travel time. Price ranges from 20 to 30 USD (1200-2000 INR) one way. If you are traveling with a big group, you can rent a Jeep together with a driver (from 300 USD per car) and stop for photos wherever you want. There is also an option 1.5 times cheaper by state bus (with overnight stay in the village of Keylong), but it’s better to comprehend the “amenities” of Indian “local bass” in less extreme conditions (for example, on the ferry Delhi-Manali). 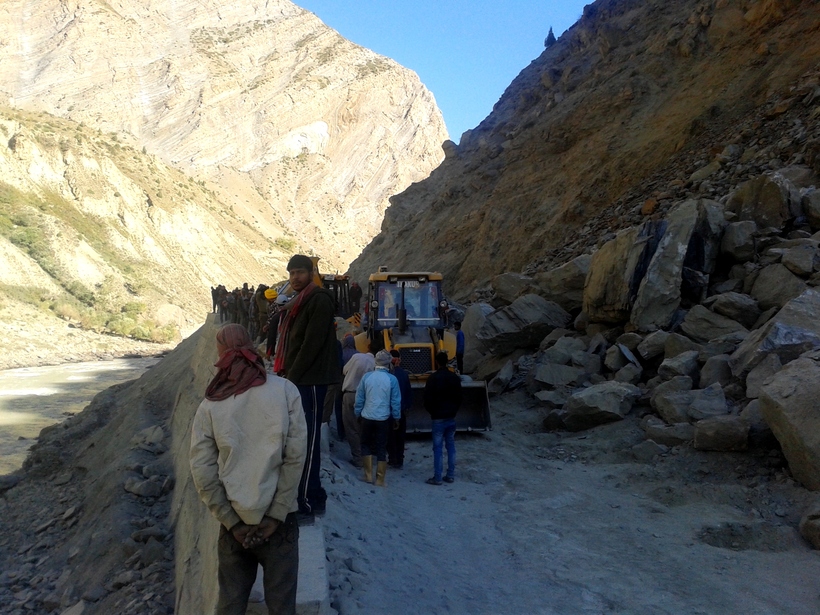 There is another specific option – Le-Shrinagar-Delhi road . The route to Srinagar is not as extreme in terms of road quality as the Manali-Leh route and is not less beautiful. But keep in mind that Srinagar is located in the troubled border region with Pakistan, and armed conflicts are not uncommon here. In the fall of 2016, the bus service to Srinagar was discontinued due to terrorist activity, which forced yours truly to take the same route back from Ladakh.

If you are not pressed for time – you can try all means of transport on one route, including the famous Indian trains (details about them you can read here and here.). There are essentially two options: 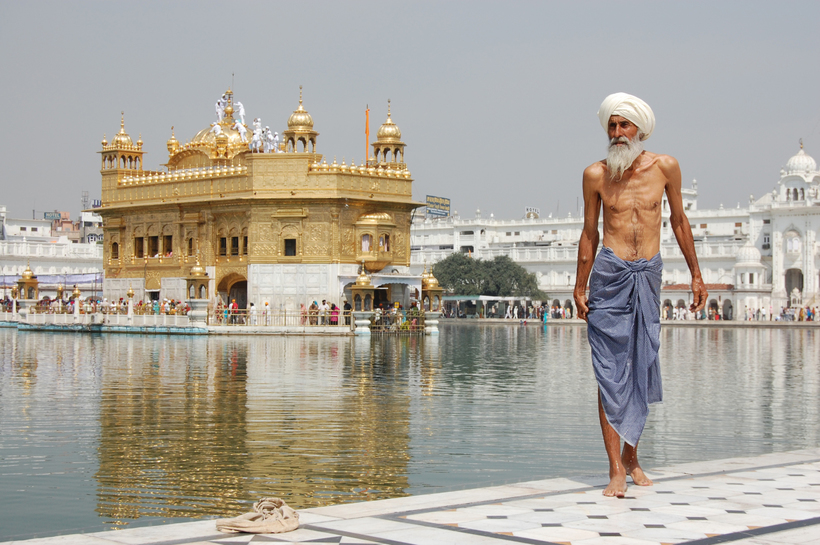