12 interesting facts about the Maldives: that you may not have known

Looking for a different vacation destination? You might want to visit the Maldives. For such a tiny group of islands, they hold a more respectable place in the Southeast Asian tourist market.

Despite this, the tiny archipelago is in the shadow of its larger neighbors. Let’s shed some light on the island country with these intriguing facts about the Maldives.

Maldives and the Equator

One of the interesting facts about the Maldives is that it is one of 13 countries that are located on the equator.

The islands are becoming a popular tourist destination because of its tropical climate. The archipelago has a tropical climate with high temperatures and humidity all year round. The average temperature usually does not drop below 30 degrees, with clear weather for most of the year.

However, if you decide to visit the Maldives, you need to take care to protect yourself from the sun. The Maldives is very close to the equator, so the amount of sunlight the archipelago receives is extremely high. And you need to make sure you stock up sufficiently on sunscreen.

Maldives is of volcanic origin

Like other islands, the Maldives is probably the result of volcanic activity in Earth’s past. The most likely explanation for their existence is the historical evidence of sunken underwater volcanoes 60 million years ago.

Coral reefs in the area are also thought to have formed over hundreds of thousands of years from the lava of extinct volcanoes.

Maldives – the lowest country in the world

The Netherlands may be “Lowlands,” but the Maldives is the lowest country in the world in terms of proximity to sea level. Most of the country is only 1.5 meters above sea level.

Like the Netherlands, Venice, the Caribbean and other low-lying countries and cities around the world, the Maldives’ proximity to sea level puts it at increased risk of severe tidal effects and other effects of global warming and climate change.

Another noteworthy fact about the Maldives is that it is also the flattest country on Earth. The highest point in the collection of islands is located on the island of Willingili, rising only a little over two meters above sea level. The average ground level throughout the country is barely more than 1.5 meters.

You can see one of the big sharks in the Maldives

The Maldives is located in that part of the Indian Ocean that is home to the whale shark, which is one of the larger ones. Whale sharks can reach up to 10 meters, and the largest one is over 20 meters.

Unfortunately, now the whale shark is in danger of extinction. But the authorities of the Maldives, have taken steps – created nature reserves that would protect the endangered species of shark from extinction. Although this does not help much, the sharks migrate year-round.

Sailboat characteristic of the Maldives

A modern view of a dhoni sailing boat

For centuries fishermen in the Maldives have used a boat known as the Dhoni. Its characteristic design of curved sails may have been adopted from the Arabian dhows. Which were sailing vessels, and were mainly used by Arabs in the eleventh century, to trade in the Indian Ocean.

Today, fishermen, use a more modern version of the boats, but still use, as before, coral reefs instead of landmarks in the sea.

Before money was invented, the Maldives used cowrie shells as payment. Kauri shells were extremely small and easy to carry. It was not necessary to count them when paying, it was enough to know the total weight in the pouch: they all had the same weight and size.

After the first banknotes appeared in the Maldives, kauri shells began to decorate Maldivian coins.

The uninhabited islands of the Maldives

The Maldives consists of about 1200 islands, of which 800 are uninhabited. Two hundred of these islands are inhabited, while another 200 serve as hotels and resorts. The remaining islands are used from airports to agricultural, industrial and administrative buildings.

Many of these islands are very small in size, some a few square meters. However, the largest have an area of just over six kilometers.

Coconut – the national symbol of the Maldives

The national tree is, the famous symbol of the island – the coconut palm – widely distributed in the Maldives. It provides much-needed shade, reaches 30 meters in height at the age of 100 years or more.

It also has cultural significance for the Maldives, given the fact that the wood from these trees was once used to build the aforementioned dhoni sailing ships and the homes of the island’s first settlers.

It is forbidden to feed fish in the Maldives

Diver on the seabed surrounded by fish

One of the popular tourist activities in the Maldives is diving, and for good reason. The islands are home to some exotic fish and marine life in the Indian Ocean.

They are adapted to their habitat. Tourists begin to “bait” the fish and other marine life as entertainment. All this leads to pollution of the environment, and this primarily affects the health of fish.

In 2009, the Government of Maldives held one of its meetings at the bottom of the sea. To keep words and action in check, they tackled the issue of climate change and the environment on the islands at the time.

Government officials wore scuba gear to emphasize how important the meeting was to the Maldives.

In addition to the importance of this gesture, the move also made the Maldives the first country in the world to hold a government meeting underwater. They may not have competition for this place now, but they may in the future if there are global changes in the climate.

Maldives is the smallest Muslim country in the world

Not a cottage, a fairy tale

One of the interesting facts about the Maldives is that it is the smallest predominantly Muslim country in the world. The flag of the Maldives reflects its Muslim heritage: a white crescent moon on a green field with a red border. The green color symbolizes peace as well as the native coconut palm, while the red symbolizes the struggle for independence.

Muslim influence also extends to social and culinary customs. Pork and other non-kosher foods are forbidden on the island, as is alcohol in any form, which is forbidden.

Instead, you can try one of the local delicacies, including mashuni and roshi, which are made with tuna, chili, lemon and grated coconut wrapped in a tortilla.

Maldives is the smallest country in South Asia

Compared to neighboring India, which has a population of more than 1.3 billion people, the Maldives is a tiny country of less than 550,000. The island nation of only 185 square kilometers is by far the smallest in South Asia.

Maldives: 10 unexpected facts about the famous archipelago that you didn’t know

Many of us think of the Maldives as a true paradise on Earth. And for good reason: crystal clear sea, snow-white beaches, barrier reefs with exotic sea creatures… There is a lot to see here! And, despite the high cost of recreation, this area consistently attracts fans of romance. Statistics show that every third person wants at least once in his life to visit these islands. If you also want to go there, you will be interested to know some fascinating facts about the Maldives. We will try to explain why the Maldives is the most popular tourist destination. After reading the text and seeing pictures of white beaches, you will almost inevitably have the desire to start packing for a vacation!

READ
Adelaide is a city in Australia

The Republic of Maldives is the lowest located country on earth. If due to global climate change the ocean level rises, it could simply disappear. 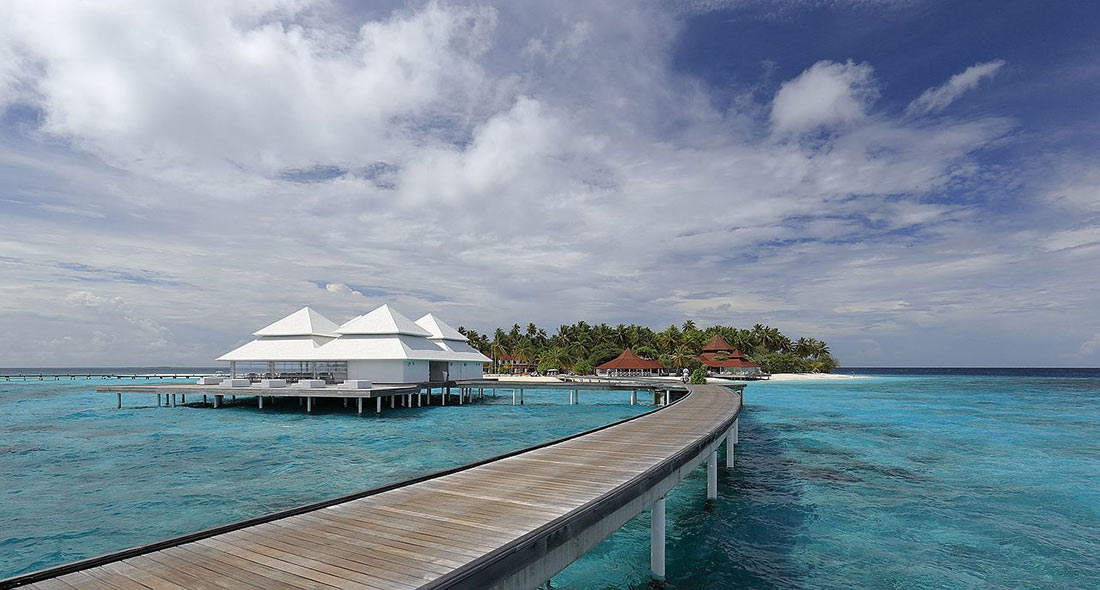 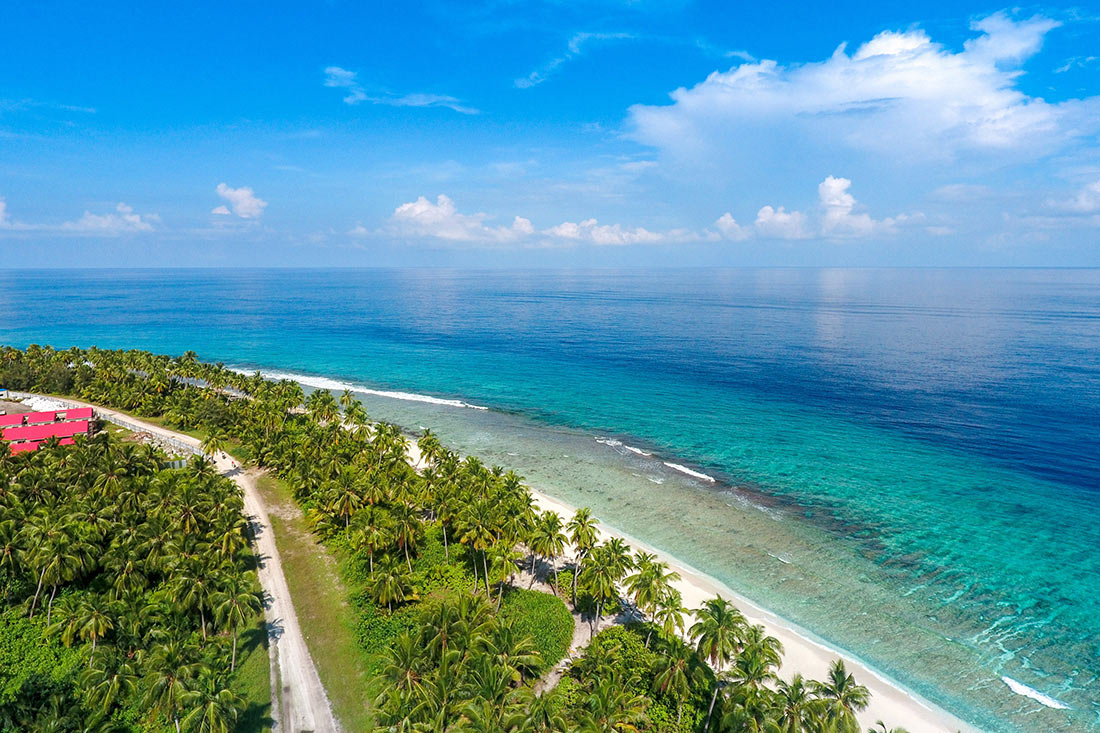 The country consists of 1192 small islands grouped into 26 atolls, which are located in the Indian Ocean and occupy an area of 90,000 square kilometers. About 800 of the islands are still uninhabited, 200 are inhabited, and about 200 are hotels and resorts. The rest of the islands are used for airports, agriculture and industry, and even as prisons! A separate island called Tilafushi is used as… a landfill. 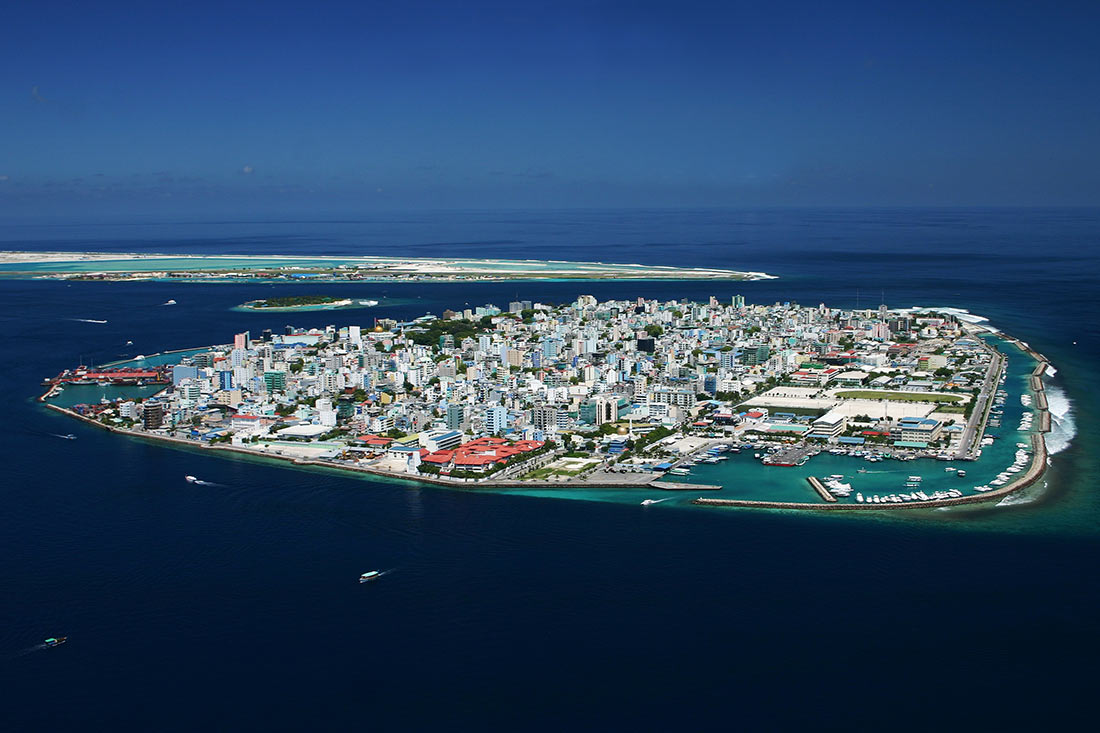 The islands are close to the equator, so the sun shines here at right angles. So a skin cream with a high level of protection here is a must! 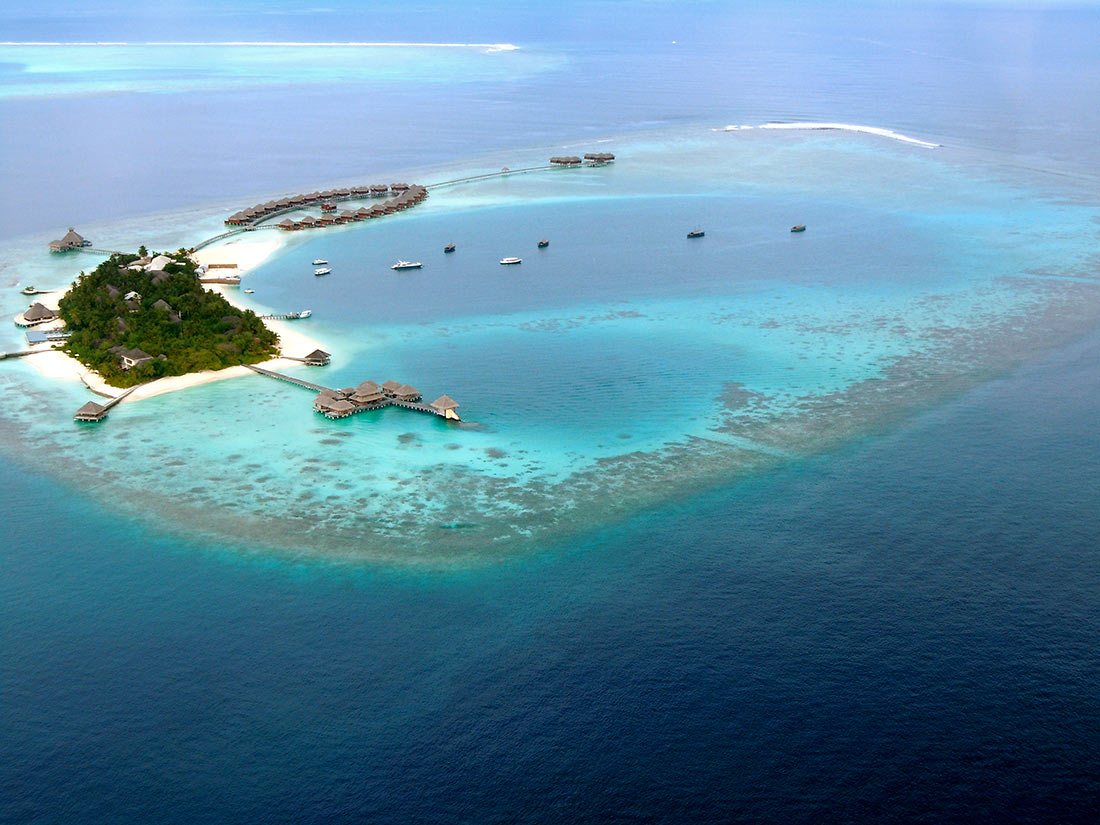 The beaches on the islands are coral, which is rare. Only 5% of the world’s beaches are coral, the rest are quartz. That’s why the beaches in the Maldives are so white! 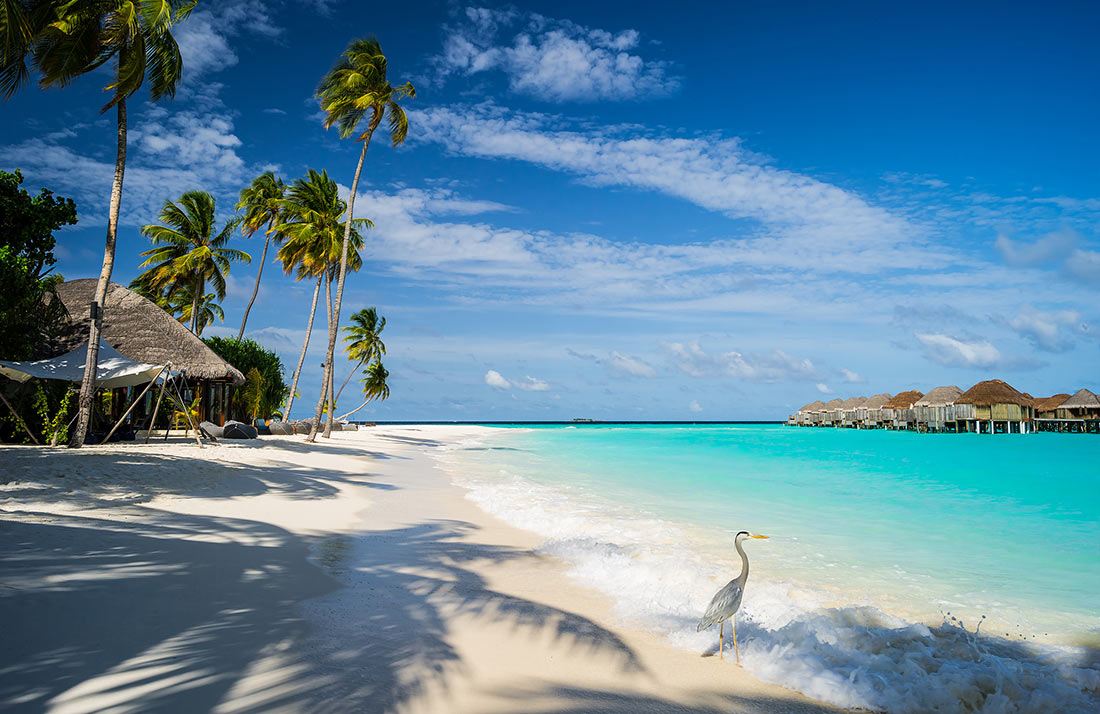 The Maldives is a chain of sunken volcanoes that formed about 60 million years ago. Recent studies suggest that coral atolls formed there over hundreds of thousands of years. 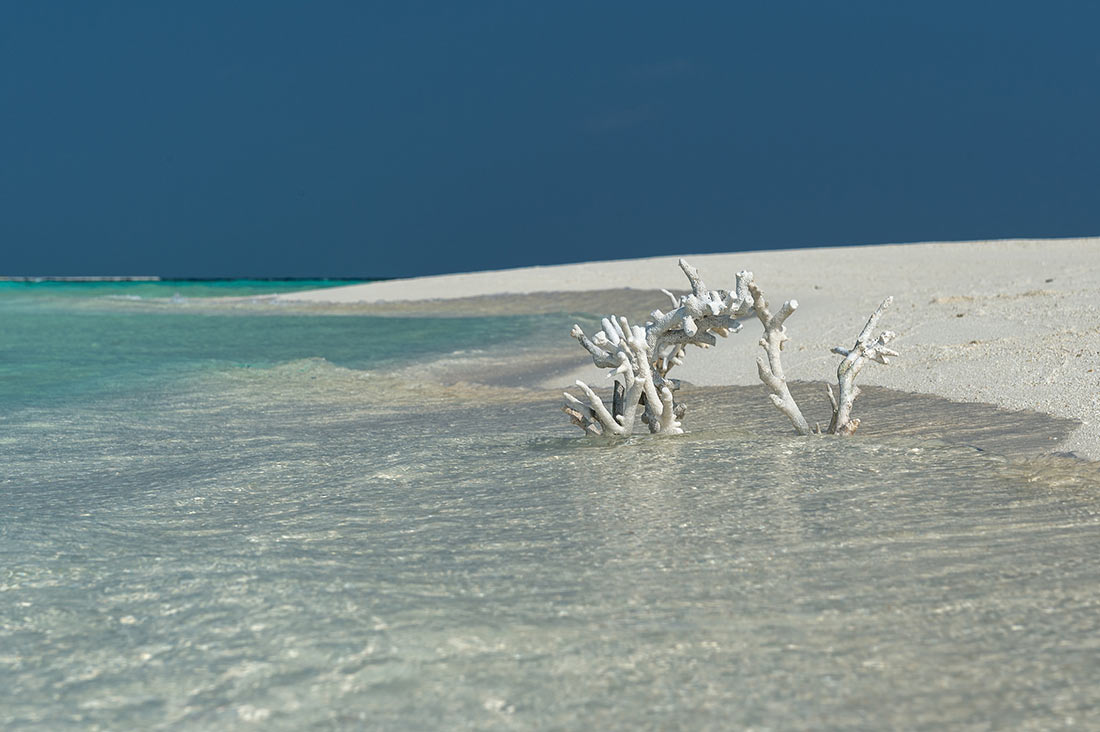 This famous resort is one of the safest tourist destinations. Mainly because the resorts are located far away from each other. 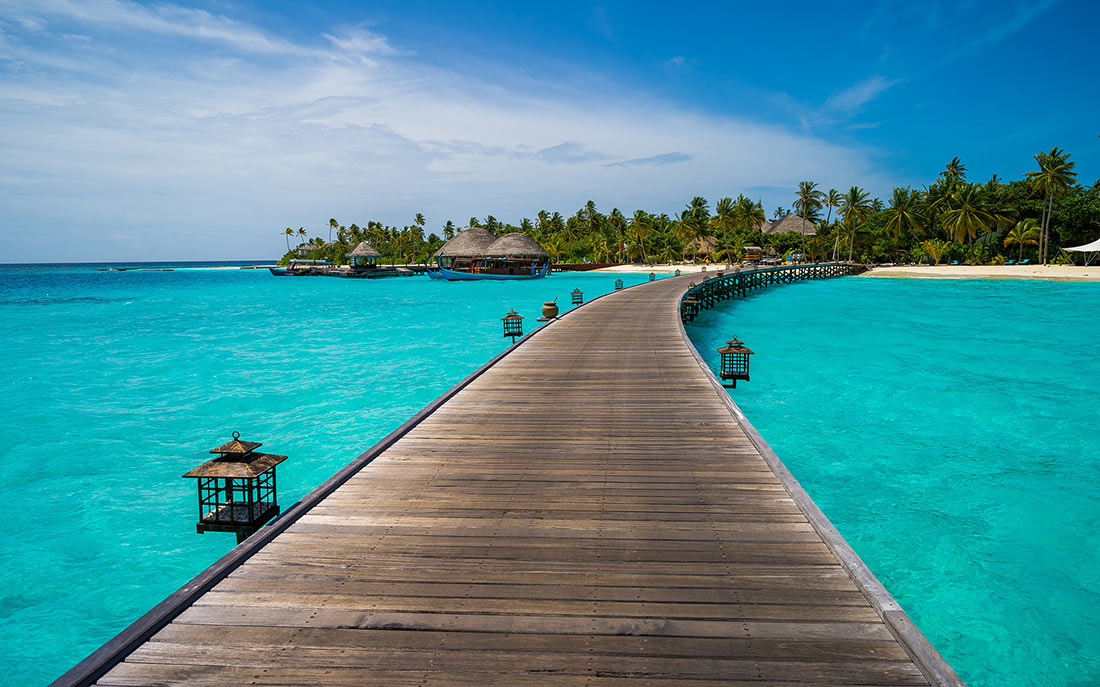 Maldivians used to build their houses out of coral. This traditional technology is now banned because the coral reefs are protected. Today, these buildings can still be seen in Male and local islands. 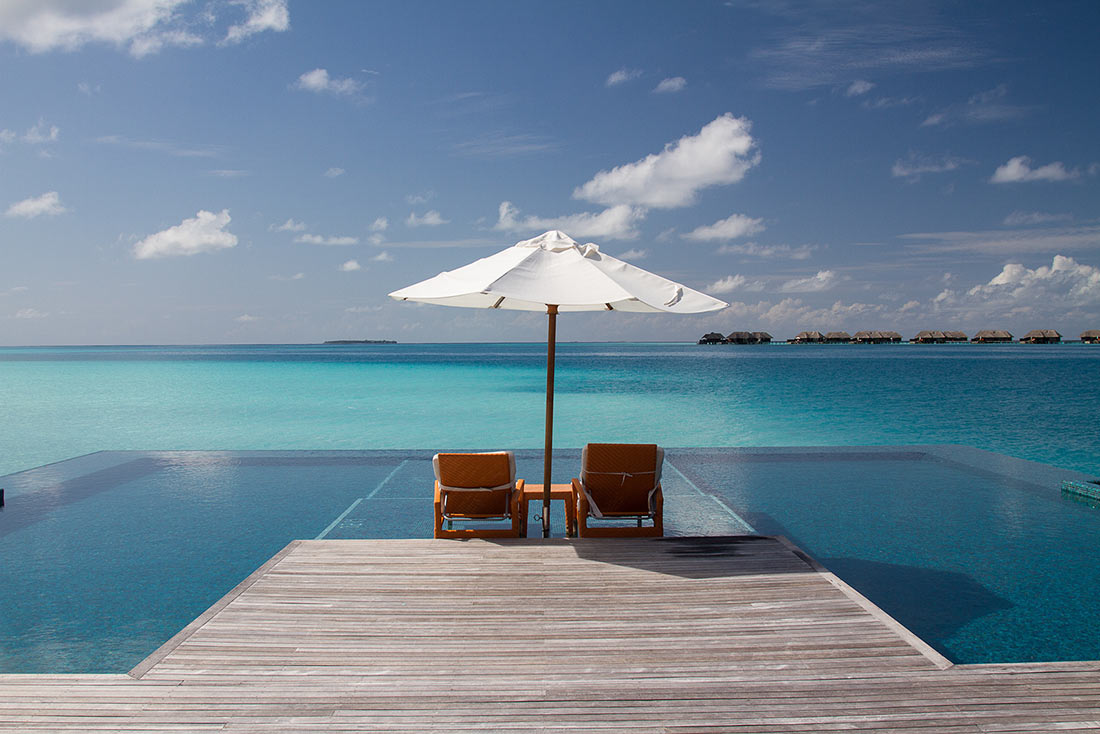 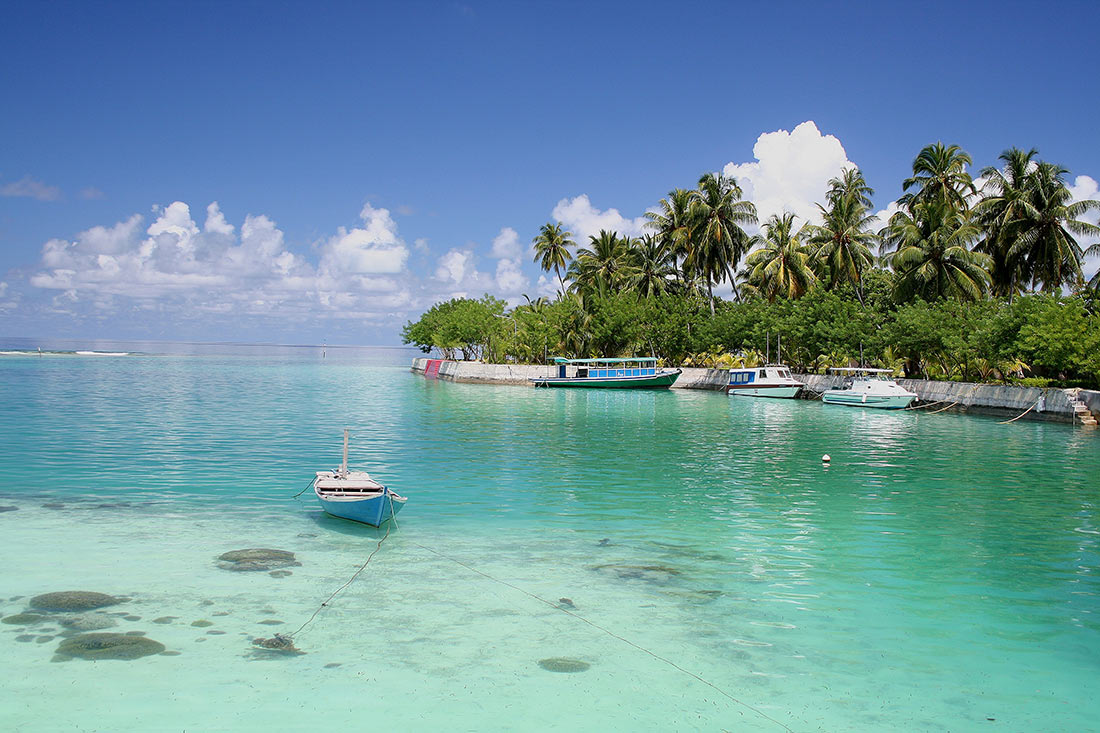 The colors of the Maldives flag are symbolic: green represents peace and coconut, red represents the blood of the struggle for independence, and the white crescent represents Islam. 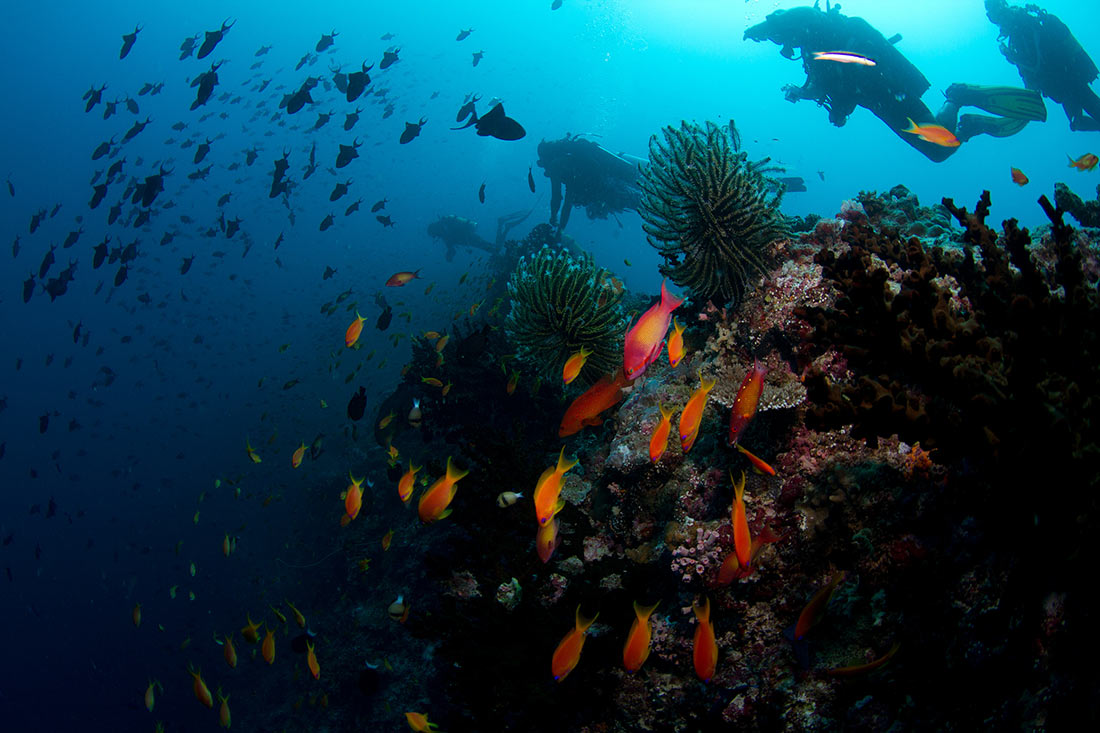 Many people like to enjoy a cocktail on the beach while on vacation. But if you find yourself outside your hotel, you won’t be able to find hot drinks – they are forbidden in this country and only served to tourists and only in certain places. 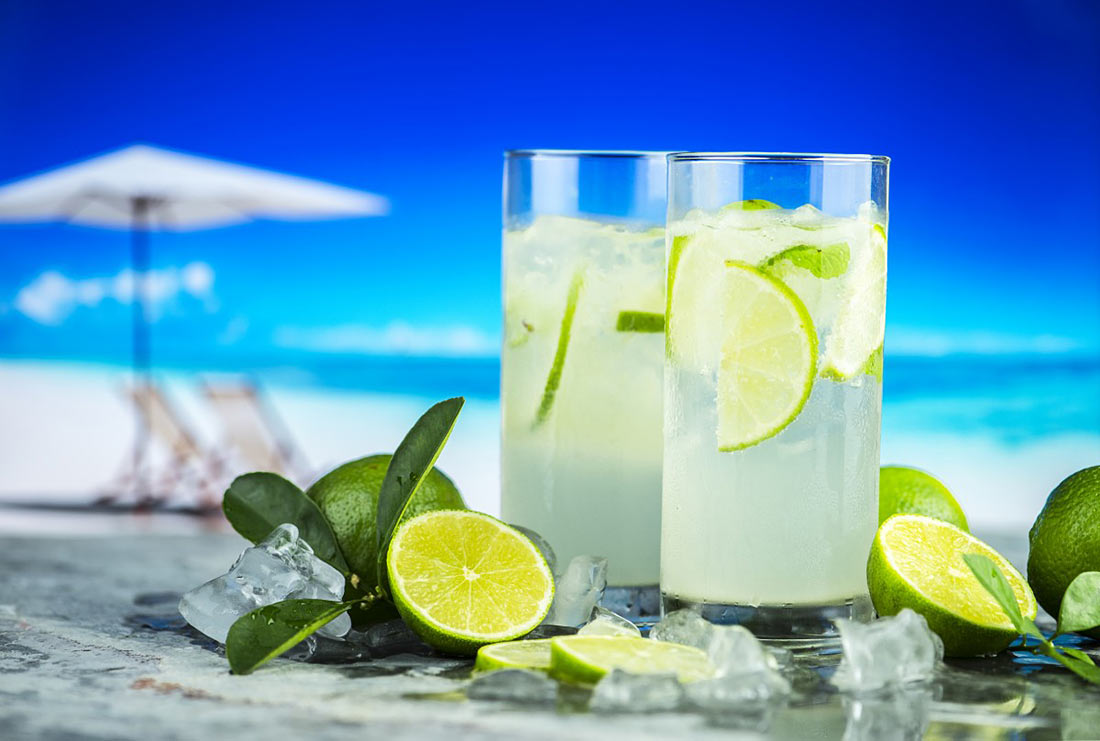 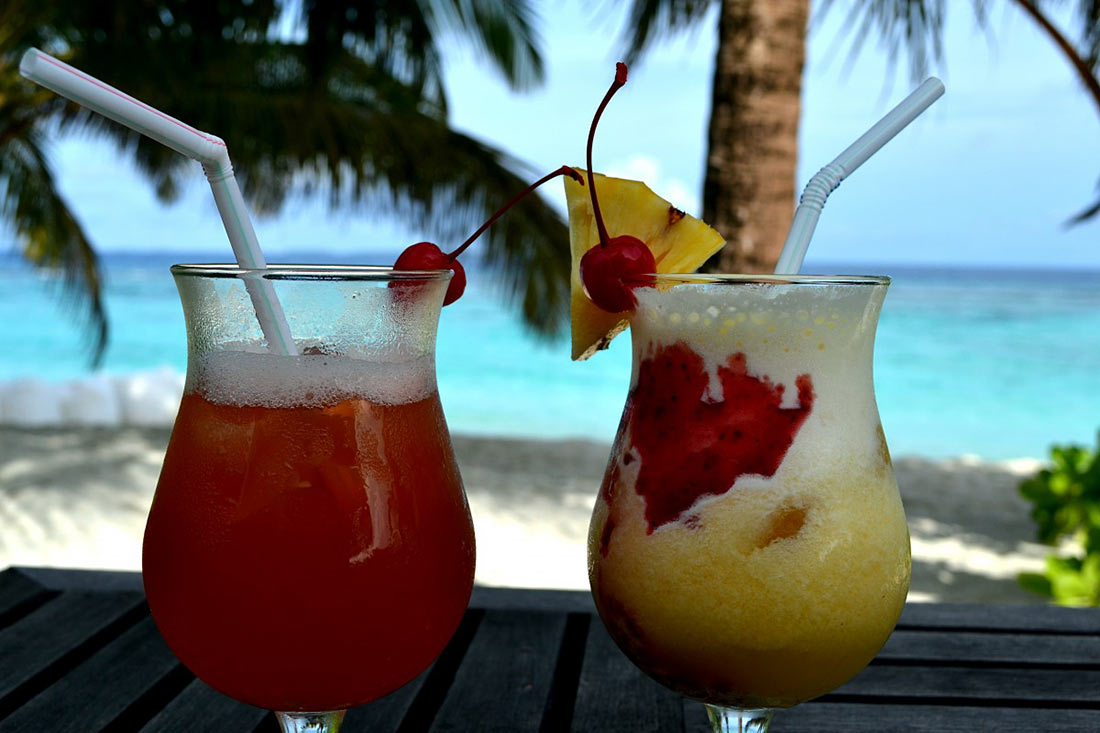 If you go to the Maldives, you should definitely go scuba diving for a thrilling experience. You can see thousands of dolphins and whales, as well as the largest whale shark. 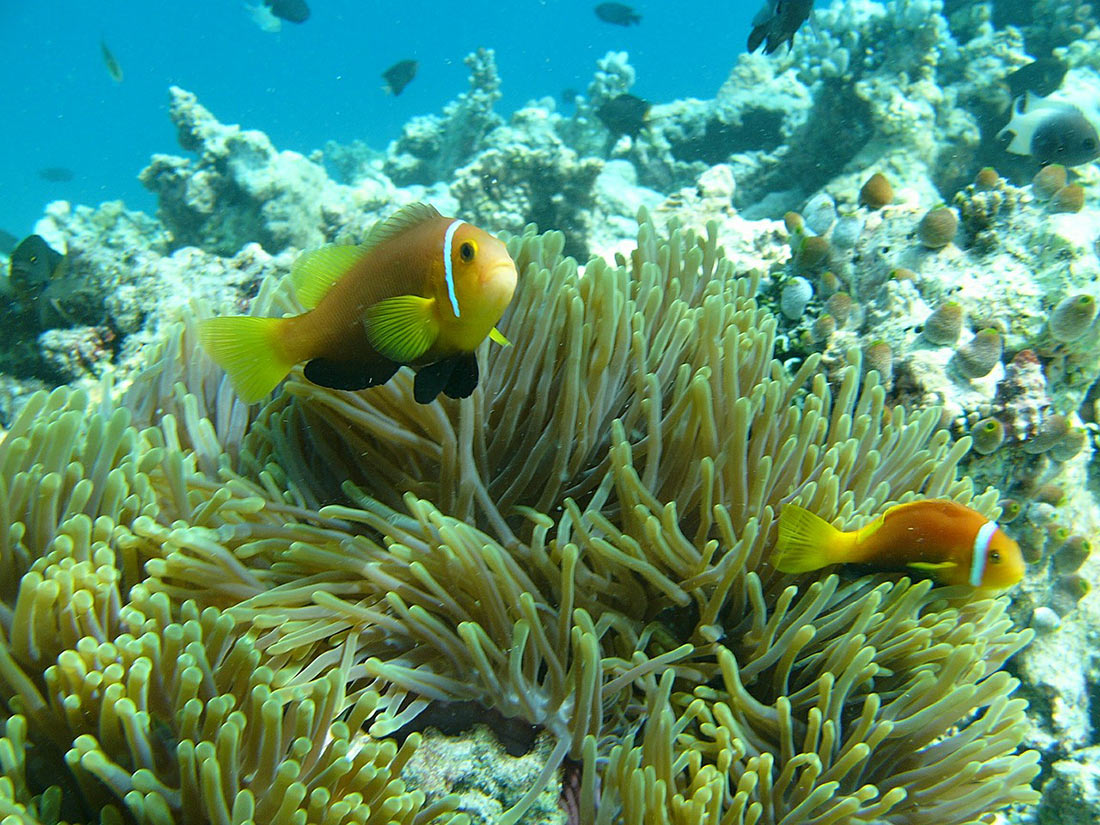 The cuisine in the Maldives includes three main ingredients – coconuts, fish and rice. 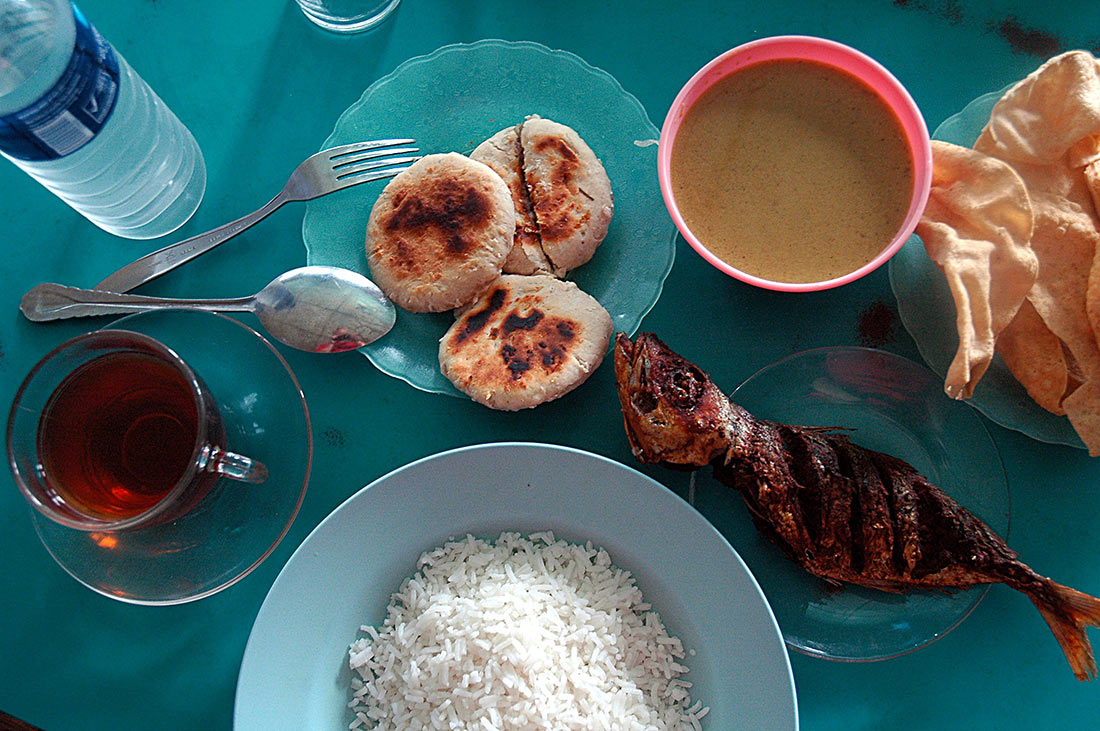 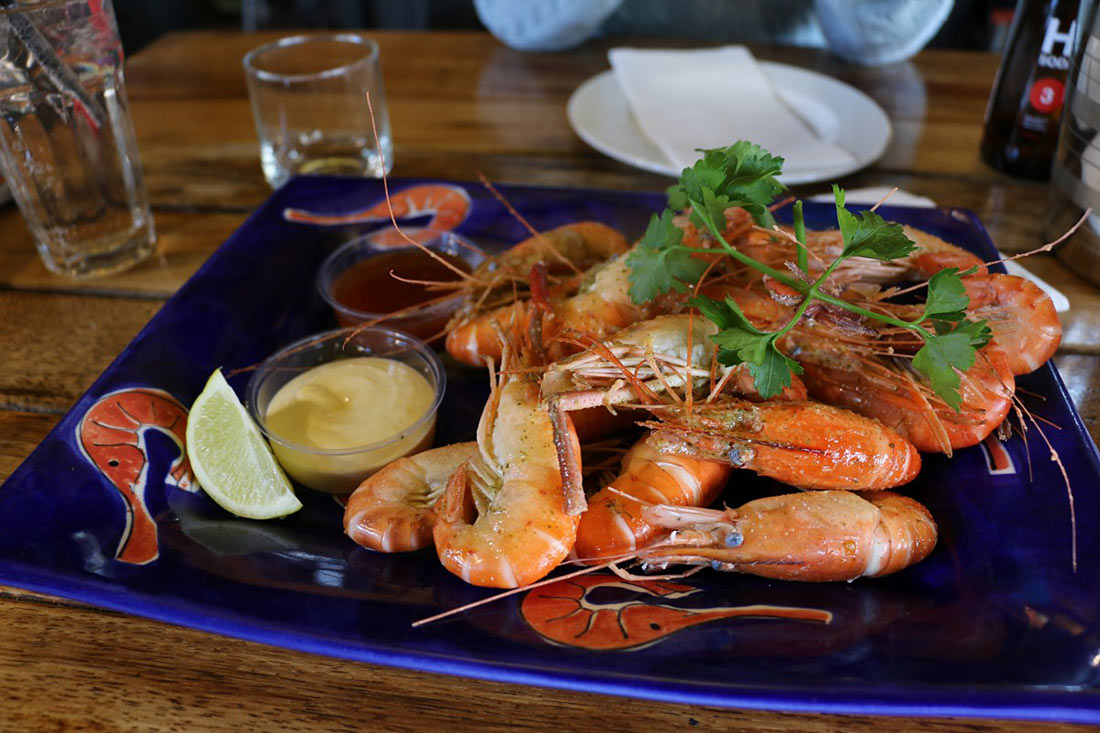 The national dish is called garudiya (or garudhiya). It is a pure fish broth cooked from a variety of tuna. 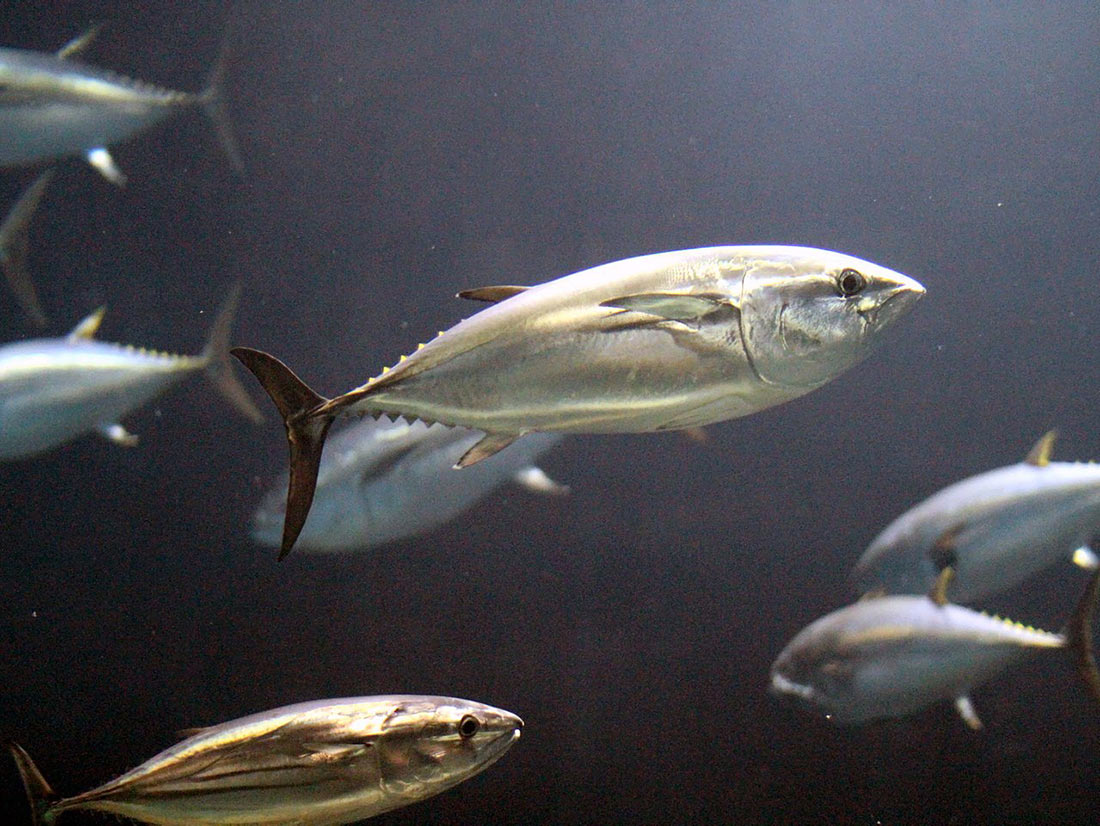 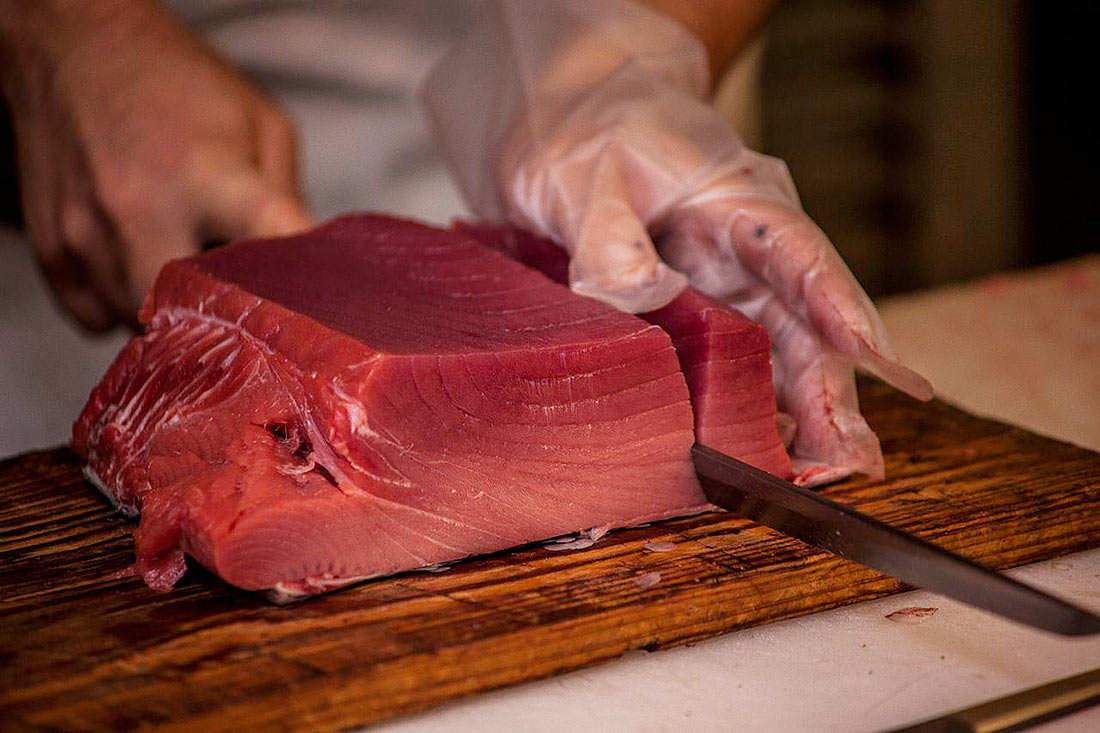 Have you heard that weekends in the Maldives start on Friday and end on Saturday? Other countries don’t start enjoying the weekend so early.