Against this background, the popularity of Eastern European cities, where it is cheaper to live and where cultural values are no less. We offer you a list of the most favorable places for a long trip.

The cost of living is calculated by the Cost Of Living Index, New York is the starting point with a score of 100 points.

Beer for $1, a pack of cigarettes for $4.5, excellent environment, relatively cheap utilities – all this is Warsaw. Here you can rent an apartment for only $488 a month. Warsaw is a university city with more than 270 thousand students. So there is a vibrant nightlife and you will not get bored. The only problem in Poland is high unemployment, which currently exceeds 13%.

Prague is known for its architectural ensemble. There are also a huge number of museums and theaters. If you come to town for a short time, you have to pay for an apartment for about $617 per month, but if you stay for a longer period, rates drop to $440. Utilities and public transport costs look attractive compared to what we see in Western Europe. You can even have dinner in a restaurant for $5 and the famous beer costs from 75 cents!

The conflicts of the last century have not been in vain for Sarajevo. One of the few consequences that can be called positive is the low prices and high potential of the local market: an apartment for rent costs $320 in the city center and only $185 if you go farther away. This attracts more and more immigrants to the city. Sarajevo is located in picturesque places, and it is cheap to travel around. For example, a monthly subscription to public transportation costs only $35. Unemployment, alas, reaches 15%.

The media increasingly say that Bucharest is experiencing a cultural and tourist boom. It is possible that prices will go up soon, but for now they are kept at a fairly comfortable level. Rent of an apartment in the capital of Romania costs $440, a visit to a restaurant – $6, and a ticket for public transport costs only $15. Unemployment in Romania is much lower than in Poland or Bosnia and Herzegovina – 7.3%. The average salary is only $400.

Another country whose attractiveness to foreign tourists and migrants alike declined significantly at the end of the last century during the bloody wars. In the past two decades, it is much calmer here, and prices are gradually increasing, but so far held at a favorable level. The average rent is $380 a month, and that’s downtown. A transportation pass costs $14, a restaurant visit costs $7.

Minsk is a large city by Eastern European standards. Two million people live here, but there is plenty of room for commuters. A one-bedroom apartment in the center of Minsk costs about $380. Public transportation will only set you back $13.5 a month, and a pack of cigarettes costs $2.71. There are many museums and theaters in the city.

Sofia is a picturesque city with an ancient history. However, renting an apartment in the city center costs only $380 per month. The city, located in the Sofia hollow, is home to 1.241 million people. Transportation costs $35 and a bottle of wine costs $5. The average wage is $603, and unemployment holds at 13%. Winters are cold, summers have great weather.

The high position in our rating, alas, does not make Kiev one of the most attractive places for visitors. On the contrary, at the moment many people are afraid to come here, and some people, such as male Russians, are not allowed into Ukraine at all. Well, let’s hope everything will work out. Renting an apartment in Kiev will cost you $570 or $330 if you stay in the city for a long time. There are a lot of museums, theaters, picturesque places and beautiful architecture. The average salary is about $478.

In the capital of Macedonia, you can live well, even on a modest salary. A trip to a cafe costs from $4.5, a monthly rent of an apartment – $325, and if further from the center, only $225. Skopje – the cultural and economic capital of Macedonia with its beautiful mountain views and rich history. People began settling here as early as the 4th millennium BC. Well, there are still plenty of reasons to move to Skopje.

READ
The Best Bars in Pattaya

The first line of the rating by right takes Chisinau, which combines a huge number of positive qualities: rent an apartment for $265 and the cost of living, excluding rent, is only $ 165! A monthly pass for transportation costs $6 and you can go to a decent restaurant together for $22. The city has 33 universities, museums, you can go to the opera or ballet. Chisinau is great for students who want to get an education abroad. You bet, because life in Moldova is 81% cheaper than in France!

There is an opinion that to vacation in Europe is very expensive, and to live there for a while – not at all. We suggest you to look at several cities in Eastern Europe, where there are a lot of beautiful places and cultural values, and the cost of living is quite low. We will evaluate each city with the cost of living index, which includes housing, goods and food prices. To be clear, this index for New York City is 100 points.

This city beckons travelers, as it preserves many ancient sights. Tourists can learn beautiful legends and plunge into the world of fairy tales. 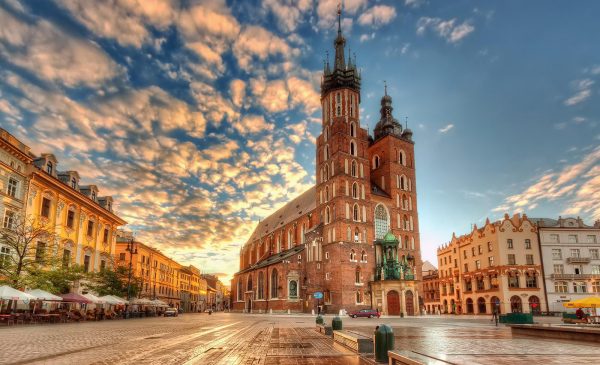 Although the capital of Estonia is one of the twenty richest cities in the world, it is possible to live there inexpensively.

For example, dinner at a cafe will cost $ 11, a can of local beer costs about $ 2. For 10 $ you can spend the night in a cozy hostel. The city is small, but very beautiful, especially the Old Tallinn. If you go up to the cathedral, you can enjoy a beautiful bird’s eye view of the surrounding area. 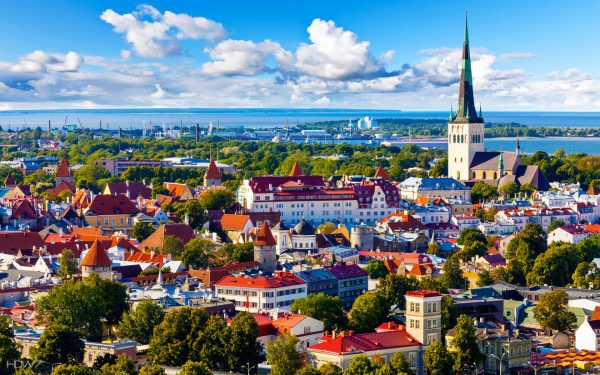 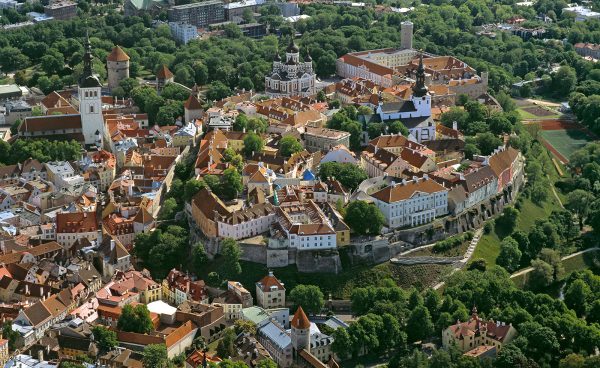 This city is often called a little Paris, now combining ancient buildings with modern design. The main attraction is the Parliament building, which was built on the initiative of former dictator Nicolae Ceausescu. 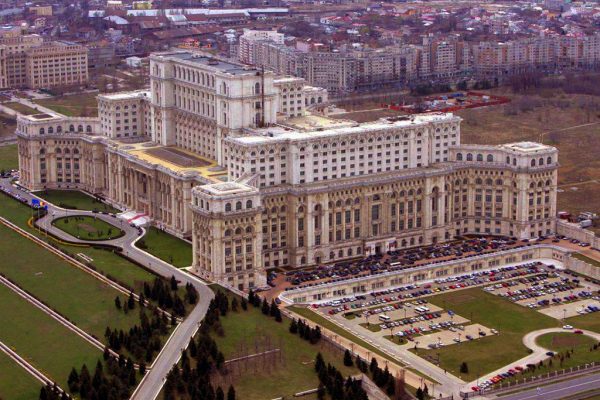 Having spent only $ 30, you can spend a beautiful day in the capital of Romania, but it is conditioned by staying in a hostel and eating in inexpensive restaurants. 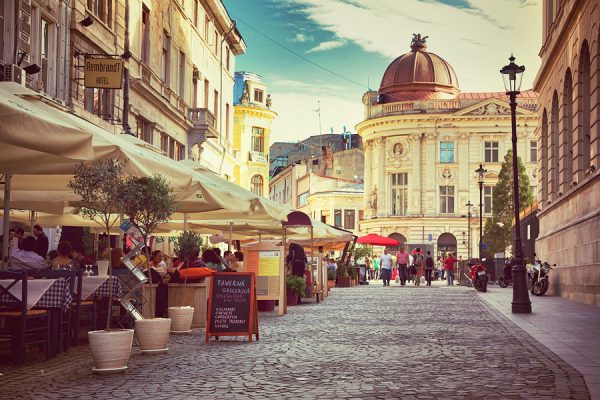 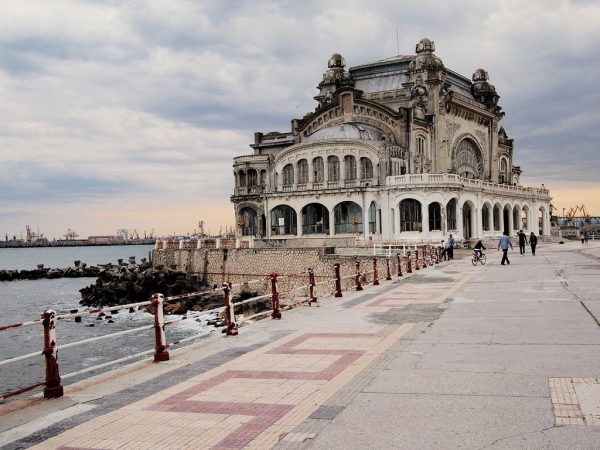 Ancient city with an interesting history, there are many beautiful Orthodox churches, and in the suburbs you can go skiing from the Vitosha Mountain. Wages for residents of the capital is $ 600, but it is not easy to find work. 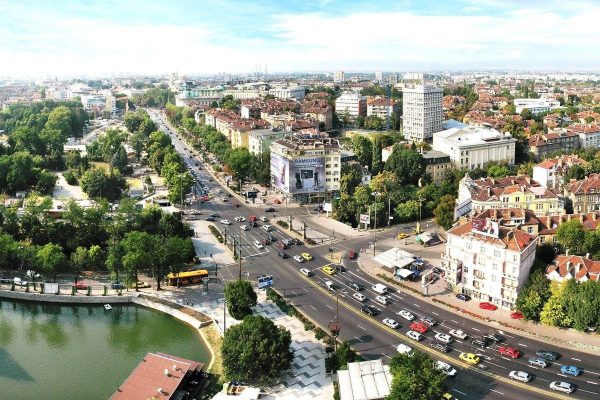 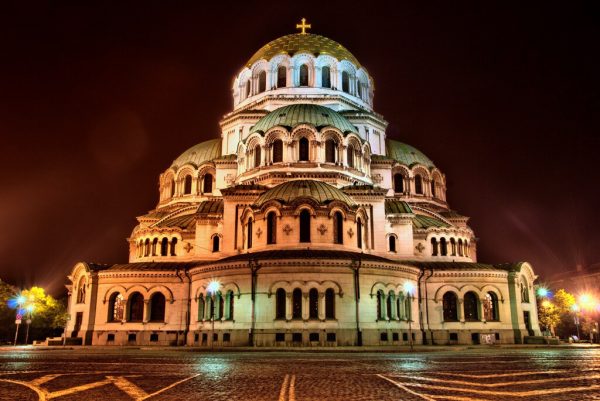 For travelers, a day in Sofia costs $24 . In a cozy restaurant will offer $3 pasta carbonara, and 1 hamburger costs $0.73. The price for a coffee varies from $0.8 to $1.4. However, the unemployment rate here is very high, so when thinking about moving, you first need to find a job. 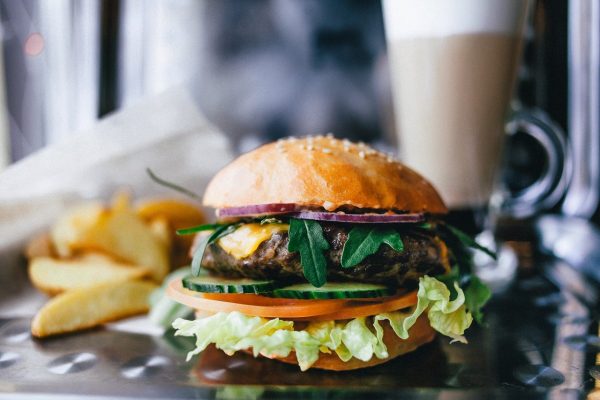 Especially this city is beautiful in the fall, when the sun shines and there is almost no rain. Attraction of Budapest is called the park complex Kalemegdan, where you can admire the Danube. The best place to eat is the bakeries, as they are called here. 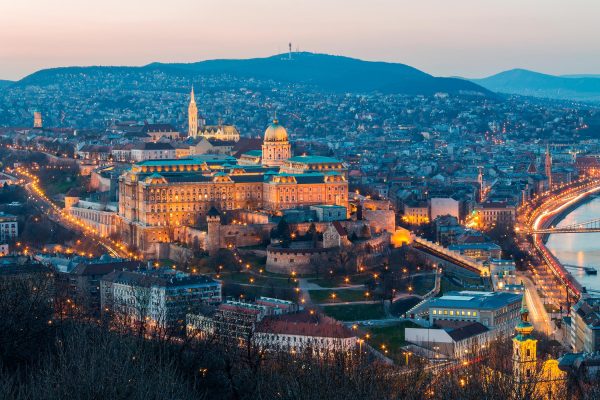 In a restaurant you can eat at $ 10, even in the most posh institution, there is no wide spread in prices. A cup of aromatic coffee costs $1.7 and a mug of beer costs the same. If you stay at the hostel Maveric City Lodge, then a day of stay costs $ 12: free Wi-Fi, comfortable rooms, for an extra fee you can use the laundry service and ticket office. 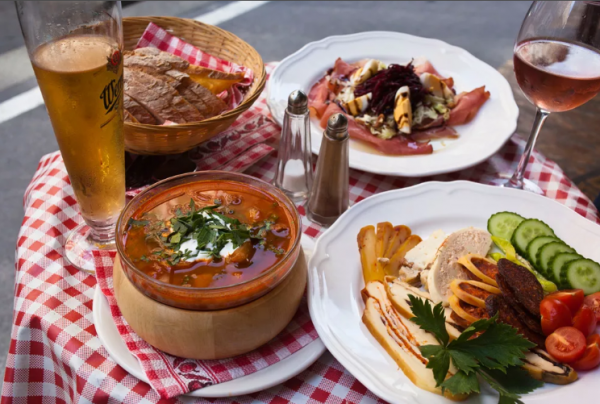 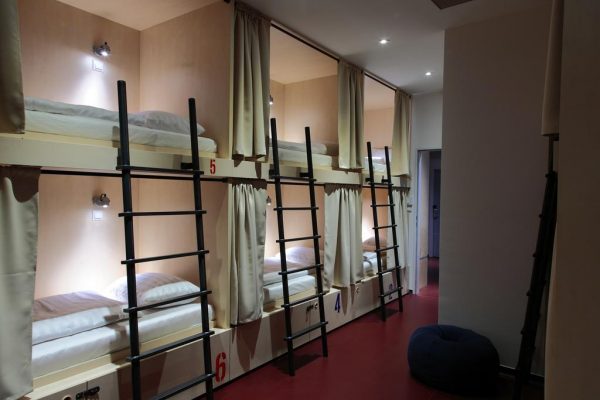 A cozy and beautiful town of the Czech Republic, it is beloved by tourists, and in addition is the second largest castle in the country.

Accommodation here is cheaper than in the capital, for only 10.5 dollars a day you can stay in a cozy hostel. Budget dinner in an inexpensive cafe can cost from 5 to 10 $, and a mug of famous Czech beer costs about $ 1. Cesky Krumlov – a town which was not touched by the war, there was no natural disasters, so it looks the same as it did 5 centuries ago.

READ
How they cheat tourists in Turkey: 5 main tricks. 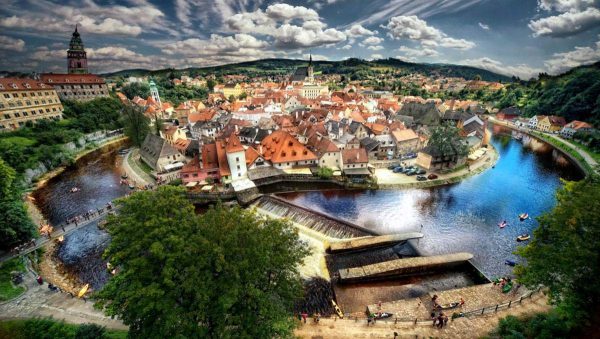 If you need to get to the city from Prague, you can order an individual transfer for $ 120, but you can get there cheaper by public bus or train. 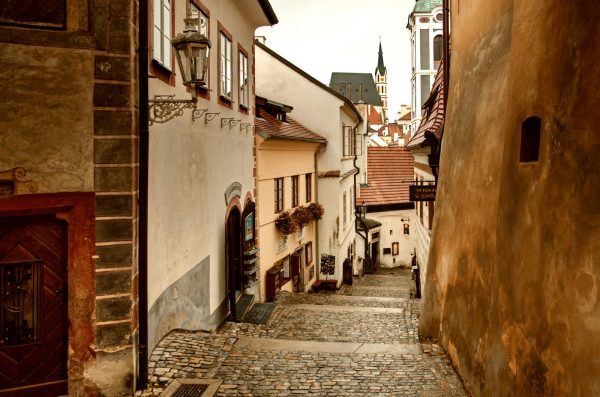 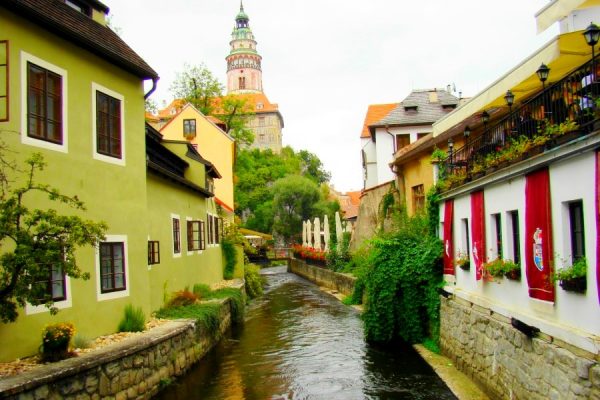 From many tourists you can hear about Zagreb that it is a city you want to live in. It has many beautiful places, and one day is not enough to get to know it well. 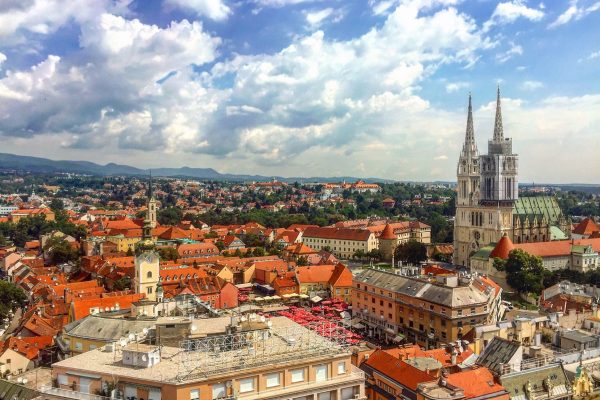 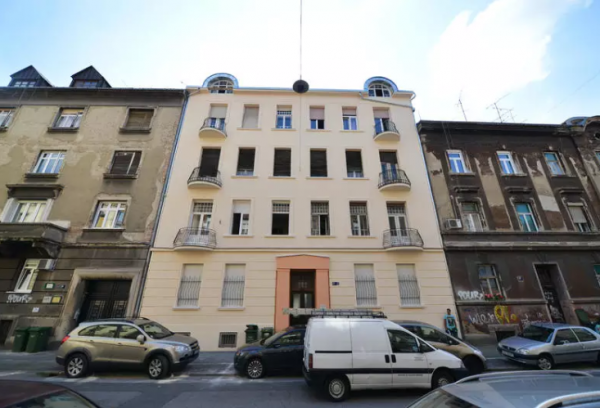 Although the city does not have a beach holiday, but it has a special atmosphere that makes you think about moving, by the way, almost all the residents speak English, so there is no need to learn Croatian. 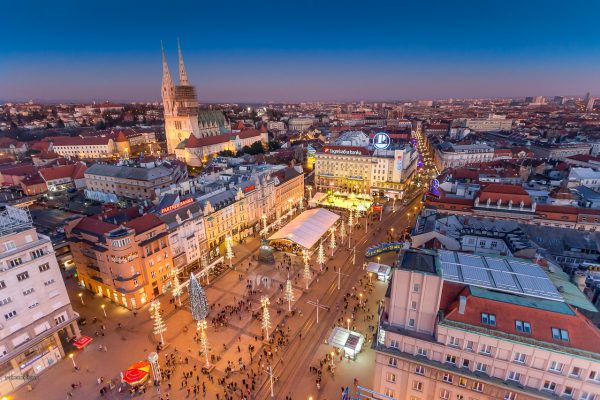 In this city you can make a good living, even with a small salary, and for tourists here is free rein. For $320 it is realistic to rent a studio apartment in the city center. For 18 $ you can eat at a mid-priced restaurant for two, the local beer costs 0.93 $ for 0.5 liters.

There are plenty of fast food outlets on the street, for example, souvlaki – kebabs on wooden skewers – cost only $1.8. This is quite an ancient city, so there are many places to admire. 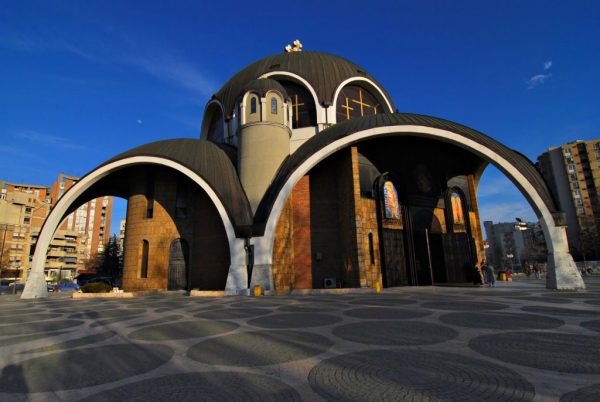 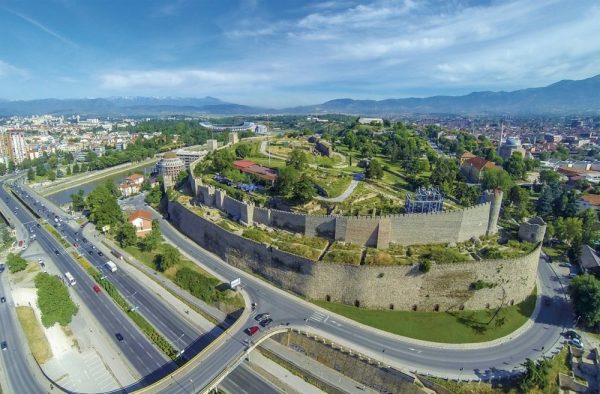 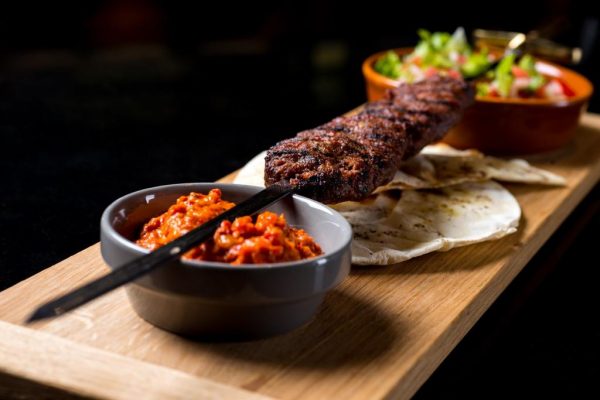 If you want to stay in this beautiful city for a long time, you can rent an apartment from $ 220 per month. In the best hostel of the capital Central Hostel Riga accommodation costs $ 9 per night, but it is realistic to find facilities and cheaper. If you buy draft beer in a supermarket, it will cost from $ 3 to $ 4.5 per liter. At a restaurant, you can order a plate of meat Latvian cuisine for two, this chic dinner will cost $ 22.

It will be much cheaper to eat at the Lido chain of self-service restaurants, for example, 200 grams of roasted meat here costs only $4. 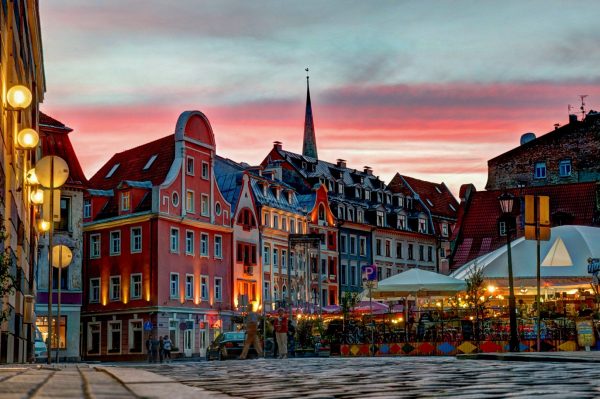 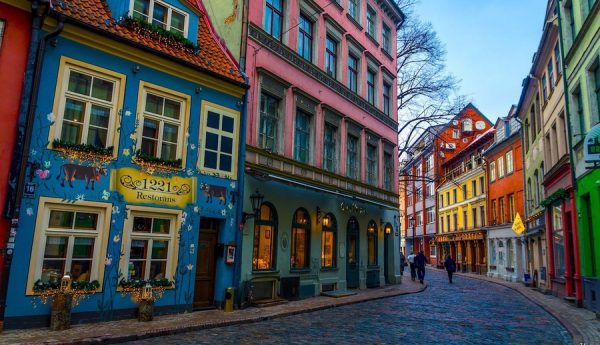 Having made the decision to stay in the capital for a long term, you can rent an apartment for $ 260. Utilities cost an average of $ 97 per month. And a double room in a budget hostel is only $ 5.7 per night.

READ
How to get to the world's highest waterfall 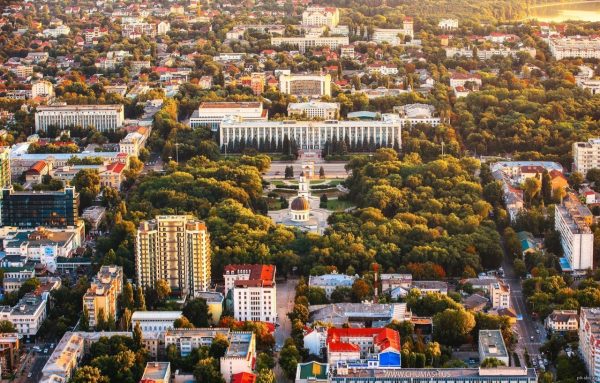 In a cheap cafe, you can dine for $ 17, the menu will consist of three dishes, but without alcohol. A mug of local beer costs $0.7 and a 0.75 bottle of wine costs $4.2. The city has a large selection of entertainment venues, many historical monuments, in general, entertainment for all tastes.

Choosing any of the described cities, you can have a great vacation or maybe consider moving to a permanent residence.