The capital of New Aquitaine, in the west of France, Bordeaux is called the city of wine as it has a cultural center dedicated to the nectar of the gods which offers a fascinating journey through the famous drink. The city is also known for its architectural and cultural heritage, which makes it the ideal place to spend a weekend or a real vacation if you decide to visit the surrounding area. What’s the best way to get around the city? Here’s everything you need to know about how to travel around Bordeaux : information, prices and tips!

The city has quite a large urban extension, and the sights worth seeing are not only found in the historic center. For this reason, in Bordeaux you will be able to move around both on foot and by public transport. As a first approach, it is best to take a guided walking tour to identify the main attractions and learn about the history and sights of the city. 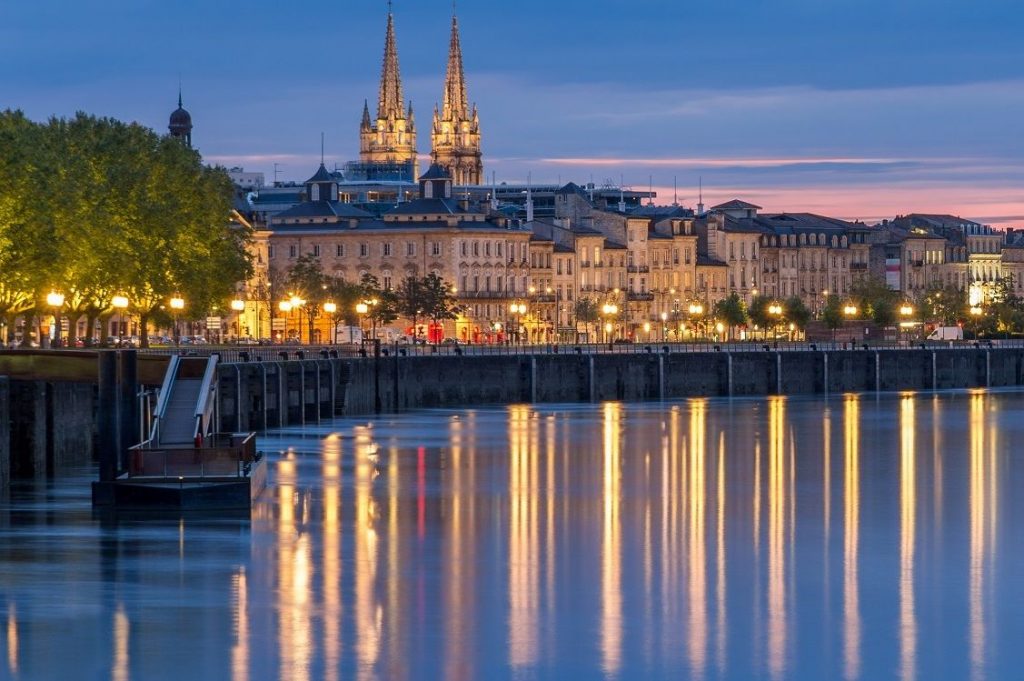 Over the years, Bordeaux has become an increasingly bicycle friendly city: 1182 km of bike lanes in and around the city are an invitation to visit the city on two wheels. Again, it is better to take a guided cycling tour first to familiarize yourself with the cycling routes and trails. The public transportation network is operated by TVM, it is characterized by buses, subways, boats, all very punctual and efficient! The best and most affordable way to get around on public transportation is the 48- or 72-hour Bordeaux-Metropolis Pass, which allows unlimited rides on all modes of transportation, and includes entrance fees and discounts to related attractions and events, such as stores and restaurants! TBM cards are also recommended; free and personal, equipped with a microchip, on which you can load season tickets or tickets (a minimum of 5 booklets).

READ
The most beautiful places in the Caribbean

To obtain it, you must go to one of the TBM points in the city, bring your ID and a photo card. Recommended solutions and means: feet and bicycles for the historic center, subway, boats, buses . Not recommended solutions and means: car and moped. Recommended cards and city passes: Bordeaux Metropole City Pass (price from 39 euros), daily ticket for public transport (price from 5 euros) .

How to get from the airport to the center of Bordeaux

Photo by Kevin B. Bordeaux has a single airport, Bordeaux-Mérignac , the eighth French airport in terms of passenger traffic, mainly serving domestic flights. Despite this, there are excellent international connections to some of the most important European airports such as Paris, London, Amsterdam and Madrid. Often, however, when choosing budget airlines, there are those who prefer to land at the much larger, but distant, French airports of Paris Charles de Gaulle and Paris Orly, perhaps spending a few hours in the French capital and then arriving in Bordeaux by overland public transport. 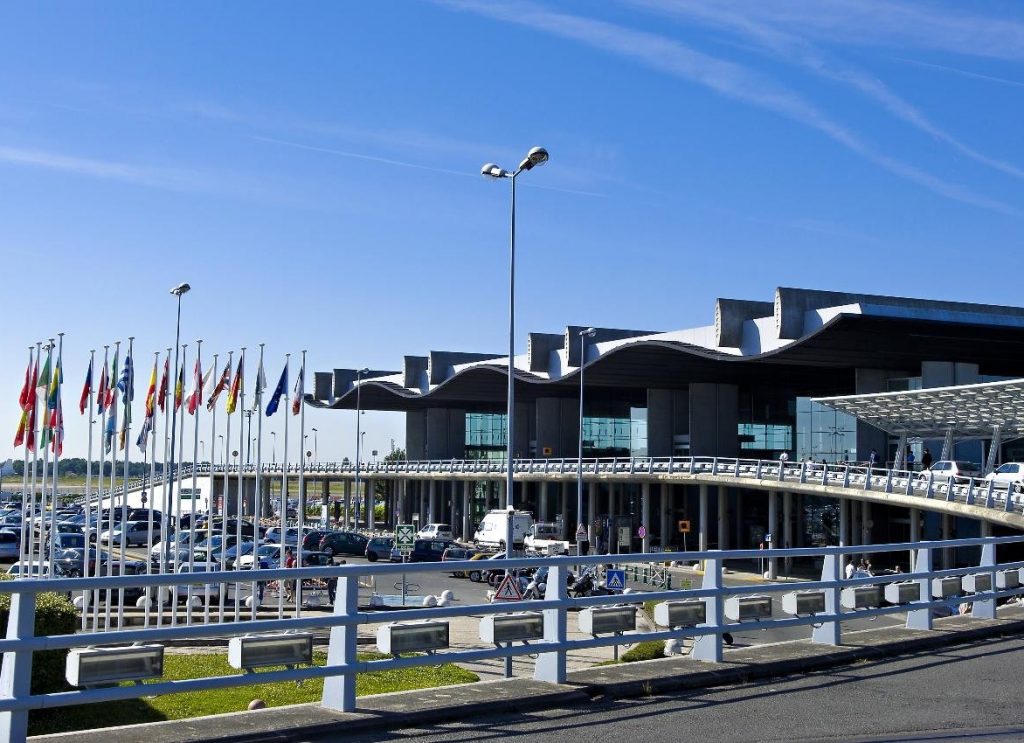 How to get from the airport to Bordeaux city center

How to get around on foot

Bordeaux has a rather extensive urban fabric and cannot be visited only on foot. However, one of the most enjoyable things to do in the city upon arrival is to walk through the historic center. As a first approach, we suggest taking a guided walking tour to identify the main sites and learn about the history and sights of the city: more than 300 of them have been designated as World Heritage Sites!

READ
10 things to do in Nuremberg in one day, Germany 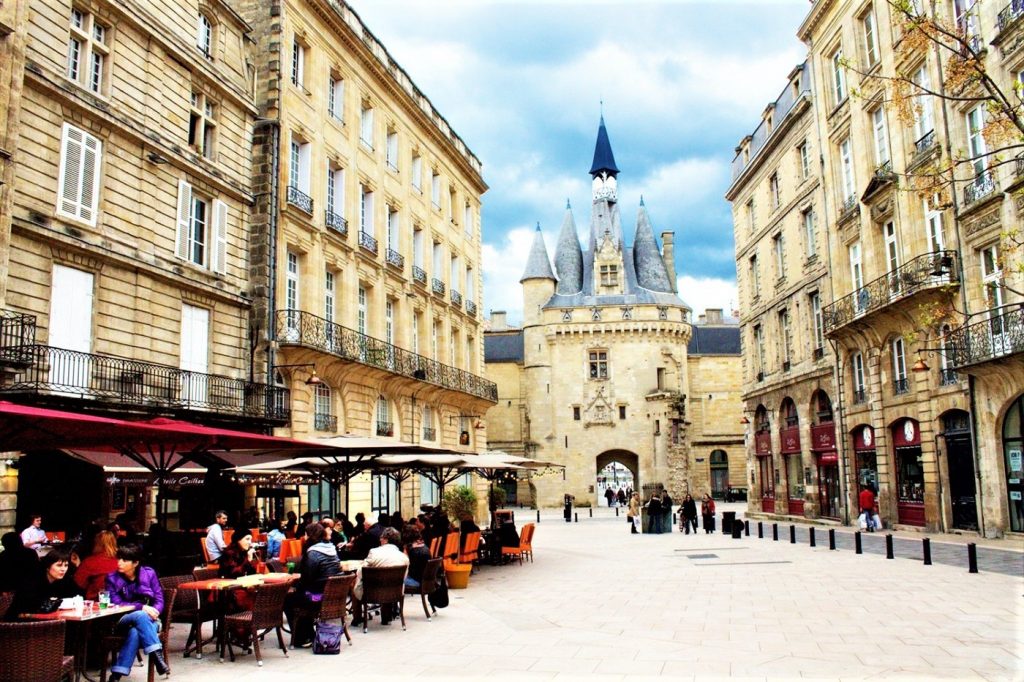 How to get around on foot

The route to make during your walk is one of the Place de la Bourse, towards Rue du Paix Saint-Georges , an area of ancient stores and stores, heading towards Rue Saint Catherine, which with its 1200 meters is the longest pedestrian street in all Europe. Obviously, there are many opportunities to discover the gastronomic and wine traditions of the city, known above all for its famous wines! In fact, you can take part in a tasting of delicious wines and cheeses, not forgetting to visit the City of Wine, a cultural site dedicated to wine (priority entry is available online, including tastings).

How to travel by bicycle 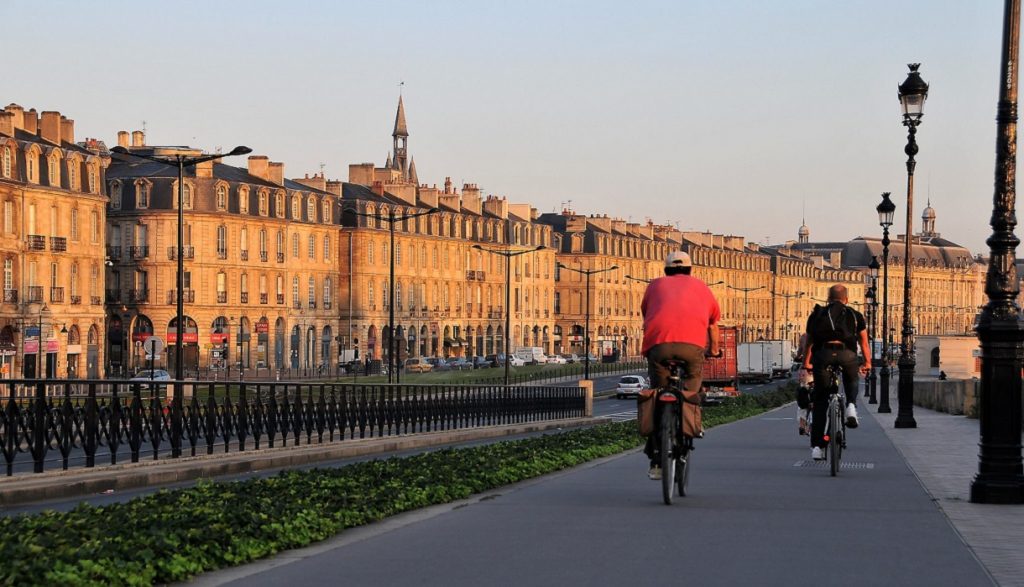 How to get around on a bicycle

Another fun and, above all, useful way to visit Bordeaux is by bicycle! The city does have a bike rental system known as Vclub, available 24 hours a day with 160 stations scattered throughout the city structure. To use the bikes, you must register on the official website, indicating whether you want to use the service for one day only, one week, one month or one year. The cost is free for routes of less than 30 minutes, then the price is 2.00 euros per hour. If you want to try this experience but hesitate to ride your bike alone through the city because you may not have settled in yet, you can opt for a guided bike tour, a wonderful bike tour to discover all the main places of the city with a guide and get to know the biking routes and trails. 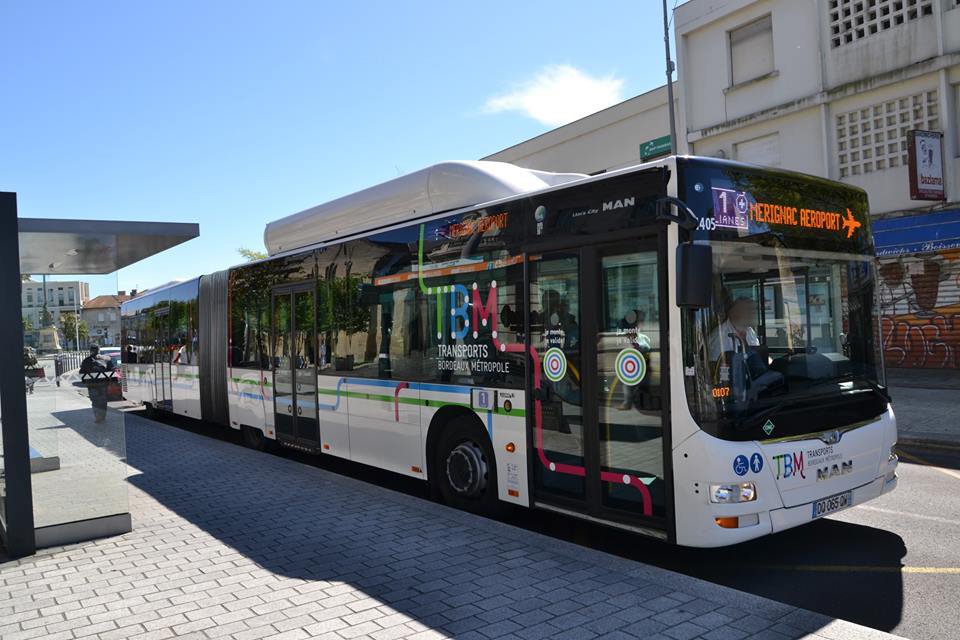 If you plan to visit the most remote areas of the city and its surroundings, you have to use public transport. Bordeaux has an excellent public transport network operated by TBM, Transport Bordeaux Metropole, which serves all corners of the city, from the center to the periphery. The service includes basic public transportation, including streetcars and buses, as well as a well-organized river transport system connecting the two banks of the river. If staying for a few days, it is better to buy the City Pass Bordeaux-Metropolis for 48 or 72 hours, which allows you to travel without restrictions by any means of transport, including entrance tickets and discounts on attractions and related activities such as stores and restaurants ! 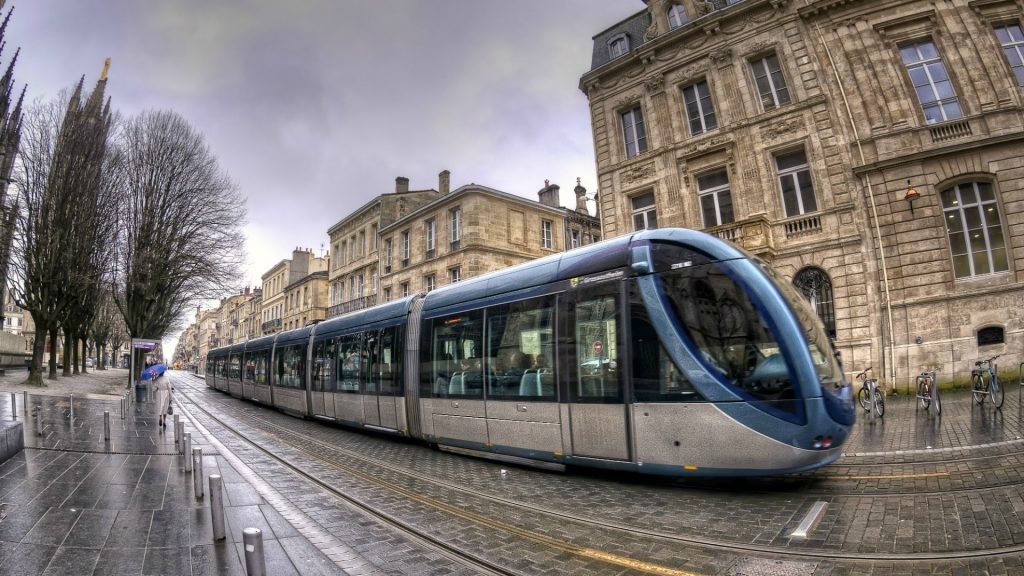 Bordeaux has recently introduced river transport services that are a great success, especially among tourists and casual visitors interested in exploring the city from a new perspective, allowing themselves to be enchanted by its most romantic aspect. The boats are, in fact, a distinctly interesting way to discover Bordeaux, but also a convenient way to transport passengers from one side of the river to the other from sunrise to sunset. Schedules: 7:00 to 19:00 Ticket price per trip: 1.70 euros. Booklet / season ticket prices: booklet for 10 journeys € 13,70, daily € 5,00, weekly € 14,20. 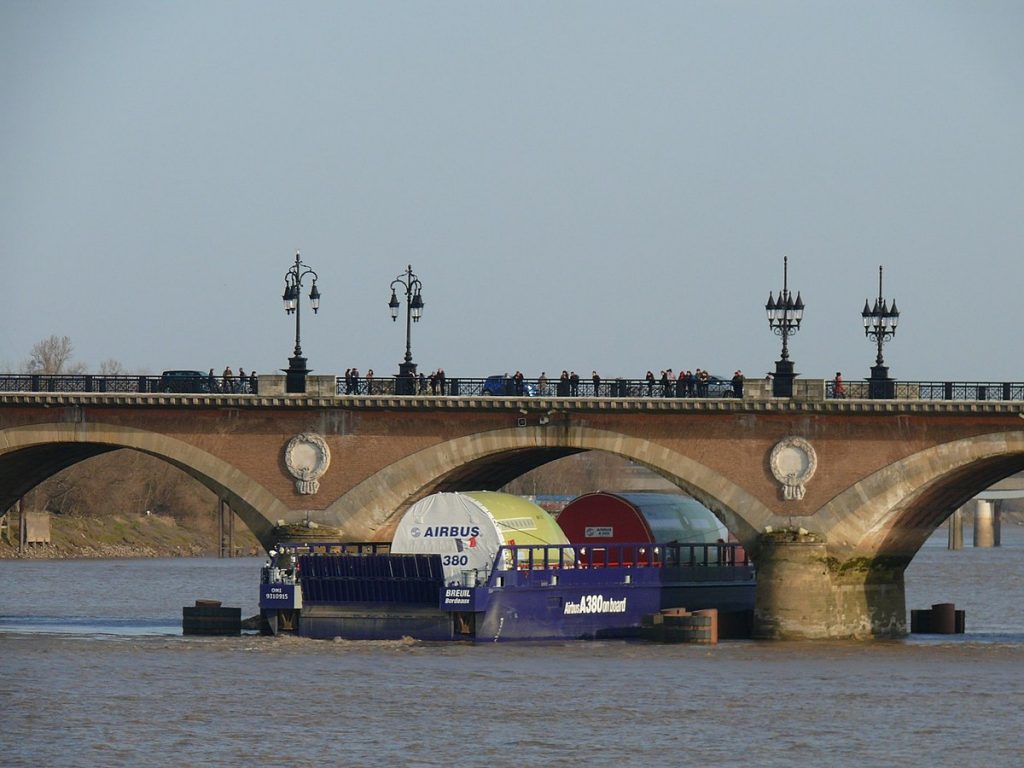 A car is not the best way to get around Bordeaux! The means are very efficient and you can also easily get around on foot or by bike! In addition, Bordeaux has many fully pedestrianized streets, such as the Courtyards Intendants and the Rue Saint Catherine, which belong to an area free of car traffic. But if you have your own or rent it, know that the municipal administration, to discourage its use, has created 21 Park Rale, which are parking spaces near the main streetcar stops (for more information, you can refer to the official website ). In addition, as in most cases in France, to enter the city will need an eco-badge., here called Crete ‘Air .

READ
How tourists are annoying: revelations of locals from different countries 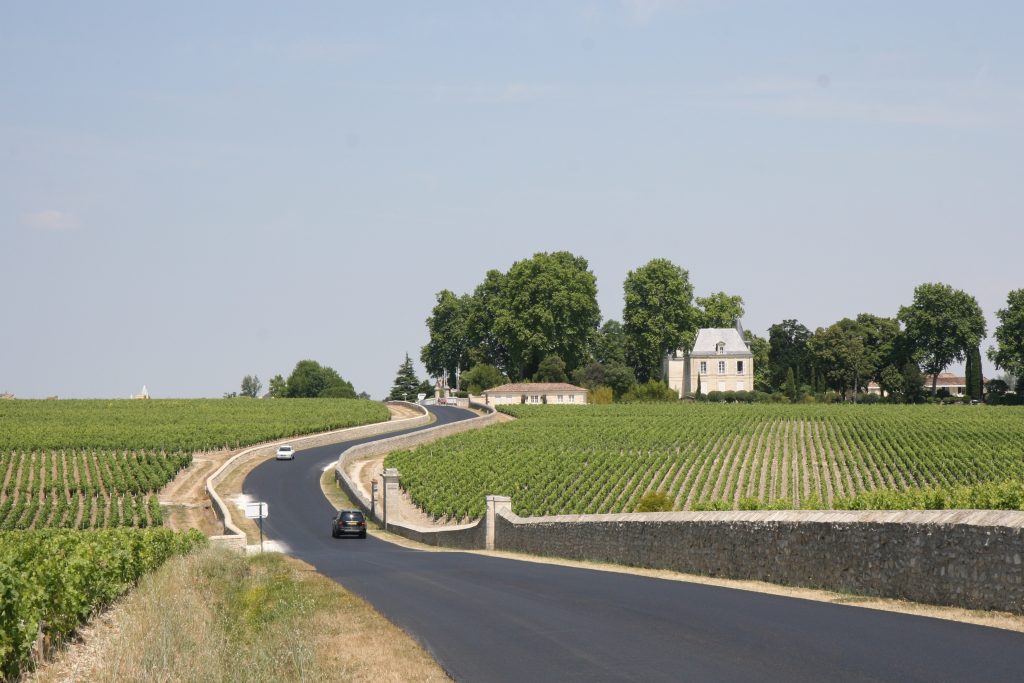 The goal is to reduce the air pollution created by vehicles. Who arrives from Italy by car, are obliged to buy and apply the ecological vignette Cret’Air, an ecological badge priced from 29.65 euros. In Bordeaux, as in other French cities, the ZPA, a regional air protection area, has been created and it is a whole department where traffic can be temporarily blocked. The ZPA depends on air pollution conditions. And it is activated after the pre-warning phase when pollutant values exceed a fine dust level of 50 µg / m. If you do not comply with the rules, can impose a fine of 68 to 375 euros and a day without a car. To encourage the use of alternative vehicles in downtown Bordeaux, the municipality has established a car-free day, or several car-free days, which take place every first Sunday of the month (except August) from October to March from 10:00. at 18:00 and in the other months from 10:00 to 19:00.

The municipal administration, to discourage their use, has created 21 Park Raleigh, a parking area near the main streetcar stops. In these cases, parking is free for anyone who has purchased a season ticket or a party pass: just enter Park Raleigh with your car and stand in the right lane, once inside you will need to buy a season ticket, which will be used later. It should be noted that Park Rale respects the same schedule as the streetcars. If it is necessary to stop after the set time, you must pay a surcharge of 15.00 euros. But parking in the center of Bordeaux is difficult! There are two areas of municipal paid parking from 9.00 to 19.00 , daily except Sundays and holidays: 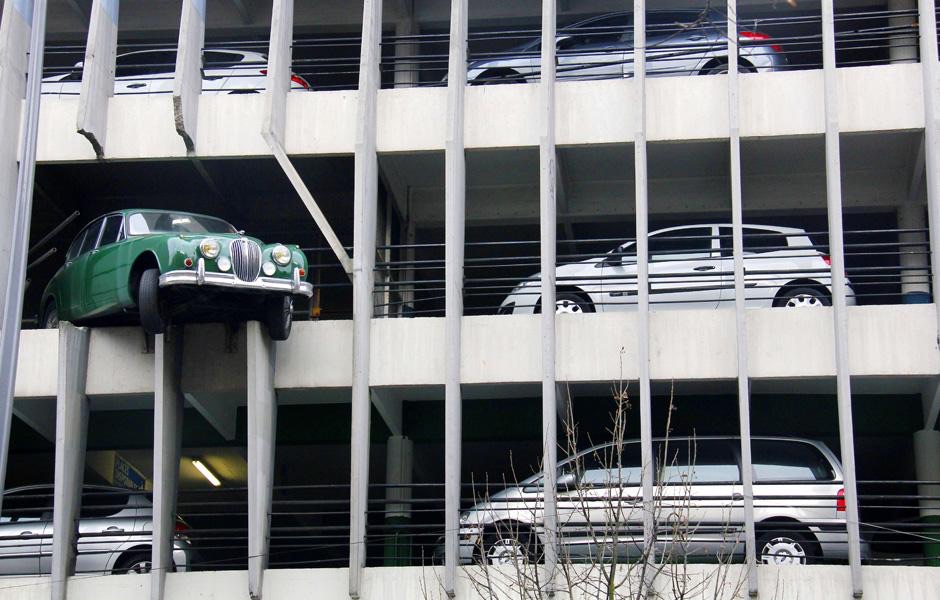 Zone A: in the historic center of Bordeaux, around the pedestrian zone, from Place Quincons to Rue Alsace-Lorraine, over part of the waterfront and to Place Bir Hakheim. Price 2.50 euros per hour, maximum stop of 2 hours. Zone B: includes most of the city, located within the Boulevard line, but also extends to part of Rive Droit (Right Bank). Price €1.80 per hour, maximum stop of 2 hours.