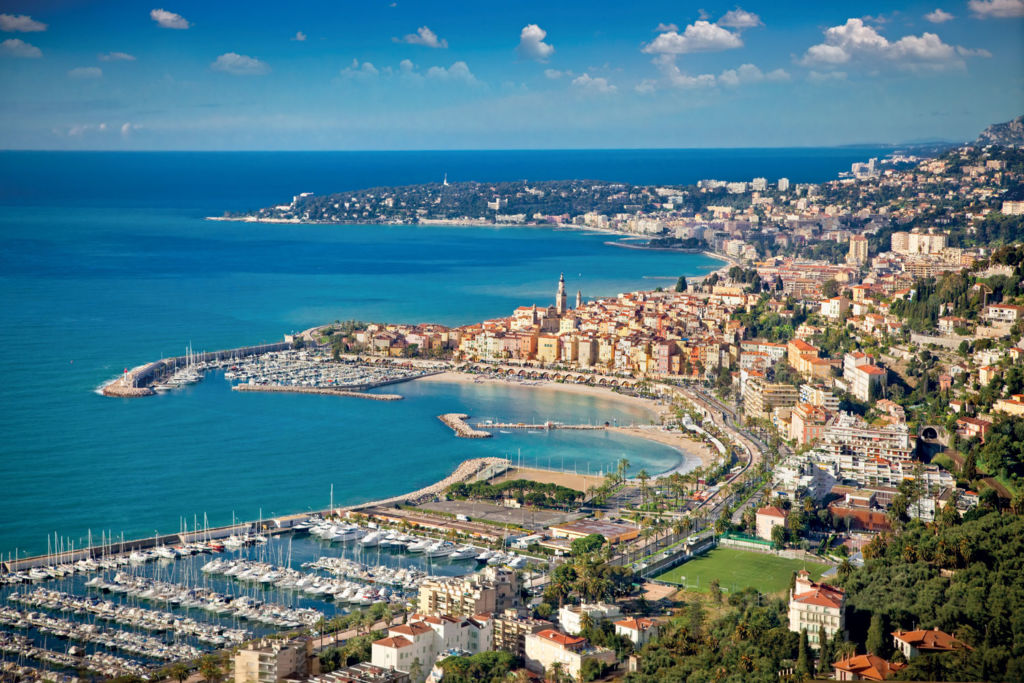 The resort town of San Remo is located in the Liguria region of Italy, on the Mediterranean coast. Roman settlers founded it in the first century BC. At that time it was called Matucia. It was later renamed in honor of Bishop Romolo, recognized as a saint during his lifetime. He is still considered the patron saint of the city. San Remo is called the “city of flowers” because of the abundance of different species grown here. The resort attracts tourists from all over the world with its golden beaches and famous music festivals. Famous singers and musicians come here. Lovers of ancient architecture can visit the many attractions. Some tourists come to play in the casino.

What to see in Sanremo in one day 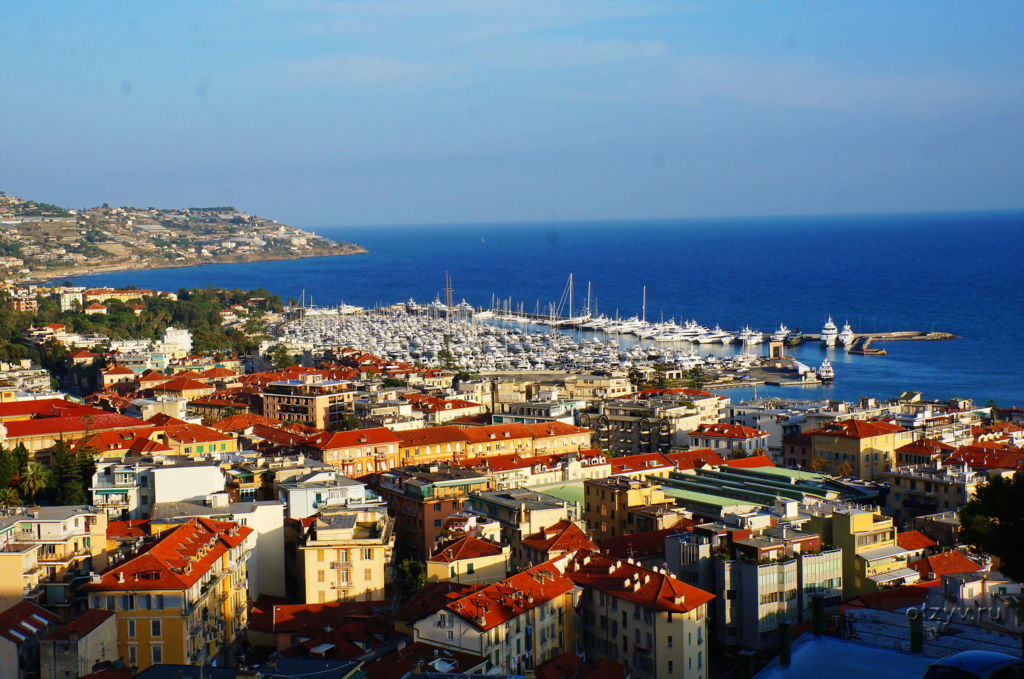 One of the bays in Sanremo

In order not to get lost in the streets and develop a route, you need to get a map at one of the tourist offices.

Route 1. The path starts from the train station, then turn off to Garibaldi Street and walk to the Old Town in the district of La Pigna. In the quarter see the Cathedral of San Siro. After the Cathedral, walk to the market square. Through it go to Via Garibaldi, then to the park, and after that to Villa Ormond and Nobil.

Route 2. From the train station turn to Via Felice Cavalotti, which runs parallel to the railroad. From there walk to the center about 1.5 km. In the center you can see the “Russian Church” and the casino. Near the casino lies Matteoti Street. Turning onto it one can reach the promenade, at the end of which is a statue of “Primavera”, the symbol of the “flower city”.

Itinerary # 3. Execute the steps of Route No.2, moving towards the casino. On its west side you can see an unusual villa in flowers, the Angerer. Any of the streets on the south side of the casino will lead to the Gothic Cathedral of San Siro. Then from the Cathedral you must go to the market square, exit to the street Palazzo and on the left will be an arch – the entrance to the Old City. 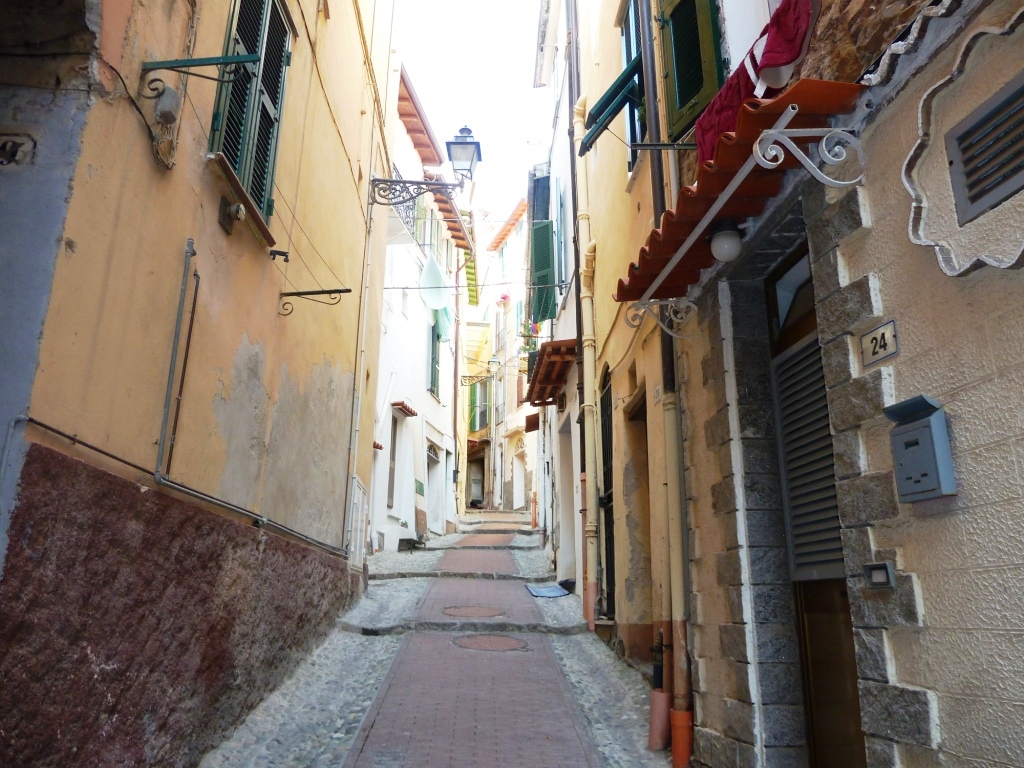 One of the streets of the old city

If you have at least 2-3 days to visit Sanremo, you can go inside the cathedrals, churches and other places of interest, walk along the promenade, visit beautiful villas of celebrities or just rich people of the Middle Ages.

Not far from the city is Cannes, where there are various festivals and awards of stars, and the Principality of Monaco (the smallest state), which will be very interesting to visit. The town of Dolceacqua is located near San Remo, near the French border, it has won the hearts of many travelers. The main symbol of the city is the bridge connecting the banks of the river Nervia.

To enjoy Sanremo and its surroundings is better to come for at least a week. Like most Italian cities, Sanremo will always attract tourists with its unique architecture and entertainment on offer.

The Civic Museum of Sanremo (“Museo Civico”) is located in the grounds of a small palace that was built in the 15th century. It has several rooms decorated with frescoes by the famous sculptor Merano. In one of the rooms is a painting of the famous Italian artist Carrega “Glory to St. Napoleon”. In the museum you can see archaeological objects from the Roman era. Various exhibitions of paintings of modern art are also often held here.

The Empress’ Promenade (“Corso Imperatrice”) is paved with two-color tiles, in the middle of which are planted palm trees brought by the Russian Empress Maria herself. That’s why the promenade is named after her. Since the Empress opened San Remo not only for herself, but also for the nobility, many Russian aristocrats came here to spend the winter, some stayed there to live. On the other side of the promenade are luxury hotels and boutiques, as well as some architectural landmarks.

The Municipal Casino of Sanremo was built in the very beginning of the 20th century by a Parisian architect in the Art Nouveau style. But the casino was never just a gambling house. Literary evenings, exhibitions and theatrical productions were held here. Interesting is the fact that the casino holds an annual festival of Italian song for many years. The institution visited the kings and princesses. Today it is one of the most famous casinos in the world. In the building you can also watch a theatrical performance or listen to the opera.

The Russian Church or the Orthodox Church of Christ the Savior (“Chiesa di Cristo Salvatore”) was erected at the request of the Russian nobility living in the resort town in the early 20th century. The church has monuments to King Vittorio Emanuele III of Italy and his wife, who ruled at the time of its construction. It is still active today, despite the small community of Russians who have remained in the city. The church has five domes, reminiscent of St. Basil’s Cathedral in Moscow. One of the domes is at a height of 50 meters. The church is built of red bricks, the roof of the central bell tower is decorated with majolica.

The Cathedral of the Madonna della Costa (“Santuario della Madonna della Costa”) is one of the city’s most important landmarks. It was erected in 1630 in honor of the rescue of a sailor from a pirate ship, but the first records of it as a healing temple date back a century earlier. The light structure of white marble is decorated with frescoes from the lives of the saints. The interior decoration of the church is rich: marble, statues. As a work of art, the crucifix and the wooden statues can be noted.

Villa Ormond is one of the very beautiful structures. A magnificent building of white stone, in which lived a wealthy businessman from Switzerland and his wife, the French poetess, Marie René, was destroyed by an earthquake in 1887. The couple did not abandon the villa, but decided to restore it. For this purpose they invited an architect from Geneva. Then the mayor bought the villa and made it public. On the territory of the villa has a garden, which grows several species of rare plants. A large fountain was installed in the park and the upper part of the villa was equipped for exhibitions. The interior of the villa is decorated with two statues.

The villa of Alfred Nobel is another luxurious mansion of the city. The great scientist-academic bought the mansion, built in Moorish style, in 1896. The villa is close to the sea and is immersed in the greenery of the garden around it. The garden was home to a physics and chemistry laboratory where he conducted experiments and research. There is a museum in the basement of the villa devoted to displays of dynamite experiments. The villa is decorated with frescoes and inside one can see the conference room and the scientist’s study.

Bussana Vecchia (“Bussana Vecchia”) translates as Old Bussana. It is a ghost town nine kilometers from Sanremo and two kilometers from New Bussana. The entirely stone city is located on a hill. The medieval town was destroyed by a major earthquake and the inhabitants left the place. Centuries later, hippies and free artists came to the ruined town. They began to slowly rebuild the city. Now only a few dozen residents live here. They give tours and sell their art. Its narrow streets are beautiful, but abandoned. In the background of the abandoned town you can see the bell tower of the ruined church.

La Piña in Sanremo is the medieval quarter of the city. Here you can wander through the ancient streets, feeling the atmosphere of past centuries. The narrow and ornate streets resemble a labyrinth in which you can get lost, the degree of their ascents and descents is quite large. On them there are many old buildings. In the old days, this block was home to the local nobility, and the streets were designed so not by accident, they served as a protective barrier to enemies. Now this is where the low-income classes and immigrants live. Here you can see the once most beautiful house of the city, belonging to the Manara family, and the palace of the Gentile-Spinola family; in St. Giuseppe Square enter the temple.

The Cathedral of San Siro is the city’s most important landmark. The Gothic cathedral with Romanesque elements, founded in the XXII century, dates back to early Christianity and was consecrated in honor of the bishop of Genoa. It has been rebuilt many times. Inside the austere cathedral there are stucco and stained-glass windows. One of the walls has images of the Madonna surrounded by saints, on the other wall of the cathedral – the image of the Easter lamb. But the main value of the cathedral is the miraculous black crucifix. There is a belief that it saved the city from a Saracen invasion.

The Lungomare promenade area has a beach, “Lido Fontane”, equipped with beach facilities. Nearby there is a strip of rocky beach, you can stay here for free.

The beach of Bagni la Brasca is located next to the White Sahara Beach Hotel, where the softest sand and gentle entrance to the sea are found. The beach is equipped with everything you need. This beach is suitable for families with children.

Another sandy beach and the most popular, is Tre Ponti. The water here is clean and clear, it is equipped with sun loungers and umbrellas, a toilet cubicle. There is a cafe and a volleyball court for guests’ convenience. There is a part of the unequipped free beach.