Best places to visit in Africa

Dreaming of the best sights in the hot continent? It’s no wonder, the incredible continent is full of safari opportunities, places to relax on the beach, spectacular culture and once-in-a-lifetime emotions. From safaris in Kenya to cultural excursions in Ethiopia to gorilla watching up close in Uganda, the African island offers a huge variety of experiences for all travelers. Whatever your interests, you’re sure to find the perfect destination that will give you an unforgettable trip.

If you want to see gorillas in the wild, Uganda is the place to go. This African country is home to a great number of primate species, from the mischievous chimpanzees to the majestic mountain gorillas. 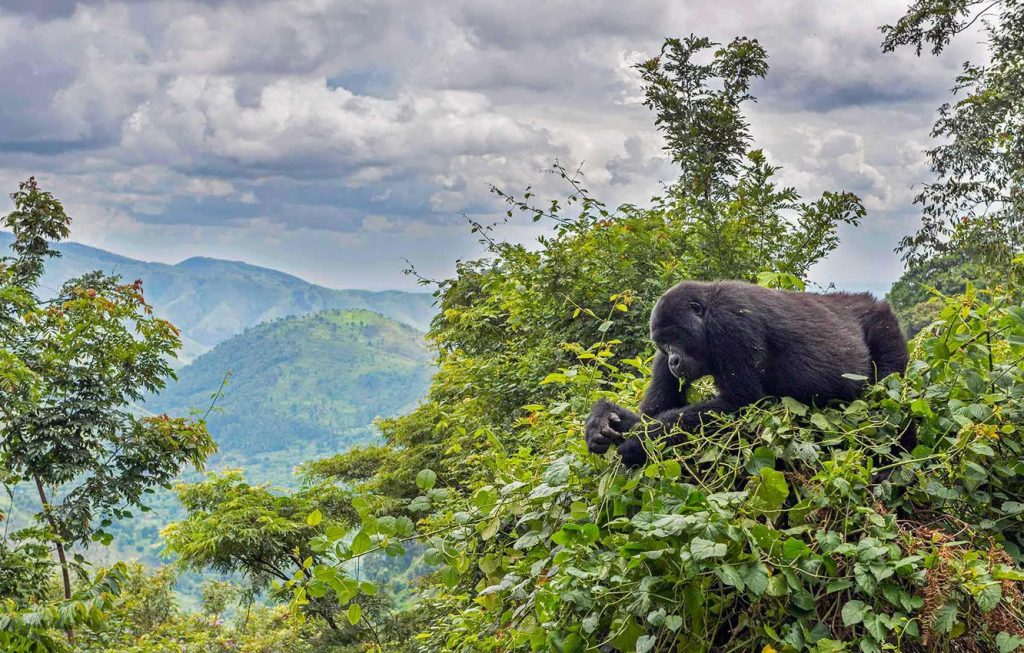 Uganda is one of the only countries in the world where you can see endangered mountain gorillas in the wild. Mgahinga Mountain Gorilla National Park is home to more than half the world’s population of such individuals. The park offers trekking tours for small groups of 6-8 people or less. You can spend up to one hour interacting with gorillas, making this an unforgettable experience! The best period for this vacation is June, July, August and September, then December, January and February. 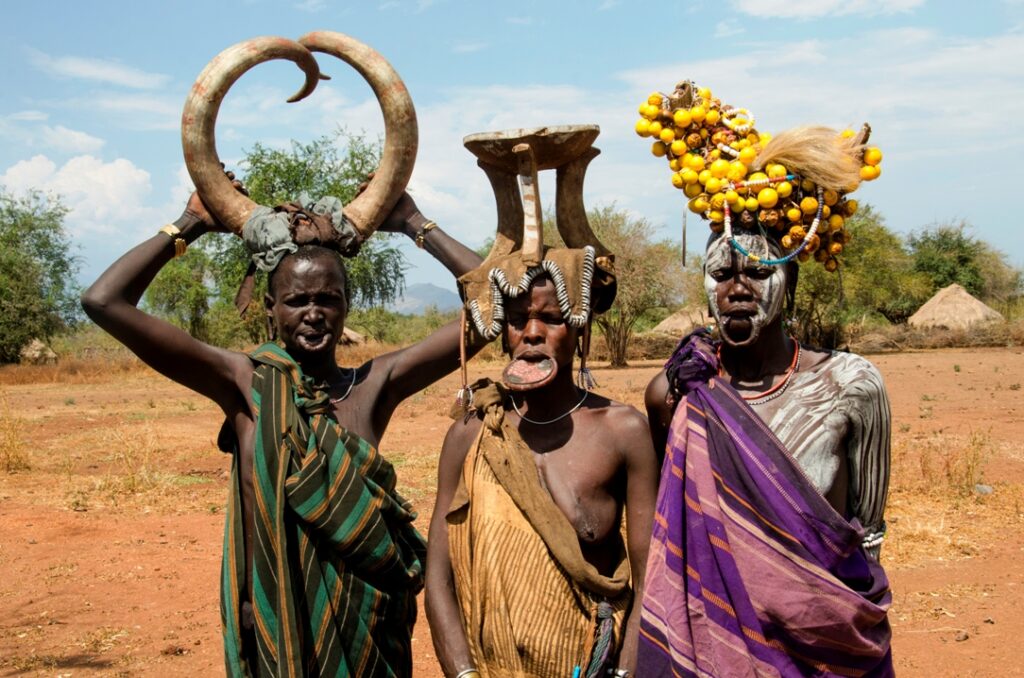 A country full of ancient culture where you will find interesting archaeological sites and artifacts. Popular attractions include the ancient ruins of Axum, Gondar Castle, and the Omo Valley. It seems that the historical sites are endless and just waiting to be explored. The country boasts incredible scenery: impressive mountain ranges, lush green forests and huge lakes, as well as beautiful local handicrafts.

An African safari is an unparalleled experience . No nature lover should pass up the opportunity to see the world’s most magnificent wild animals roaming freely across the vast African plains. 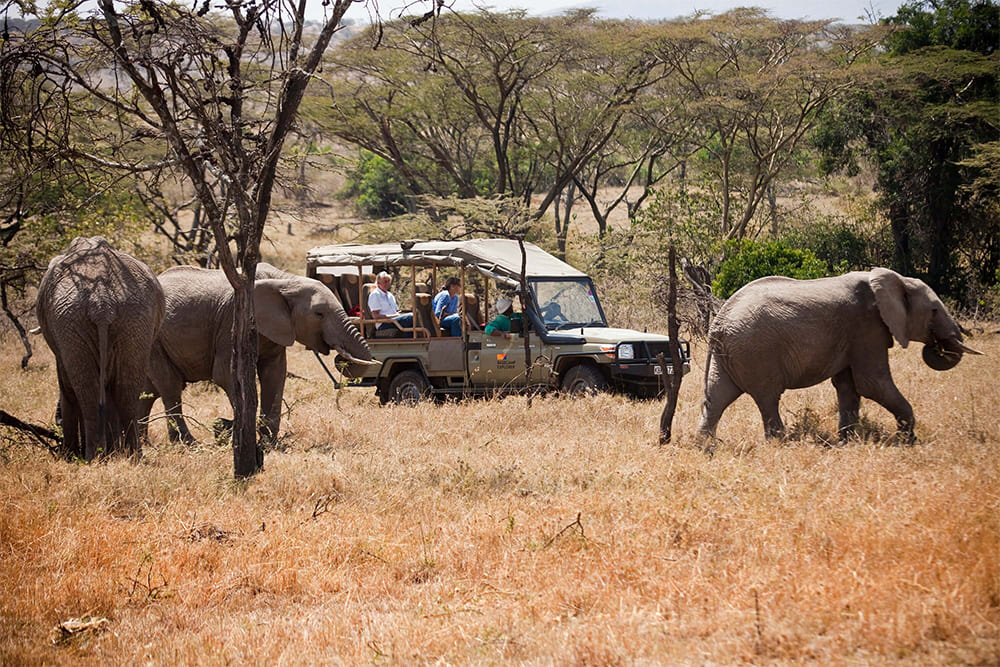 3. Kenya for a safari

Kenya is one of the most popular African countries for safari, mainly because it is the place to witness the great migration. During this natural phenomenon, more than two million animals make a migration circuit across the Serengeti plains, crossing from Tanzania into Kenya’s famous Masai Mara National Reserve and back again. This is probably the best place for an African safari. You can stay in campsites with tents, lodges, or private campsites. There are countless activities to choose from: watching zebras migrate, meeting big cats up close, flying in a hot air balloon or learning about Maasai customs and traditions. There are safaris to suit all tastes and even many affordable options.

READ
The best souvenirs from Japan

These two countries are home to Victoria Falls, the largest waterfall in the world. This natural wonder is a truly awe-inspiring sight. 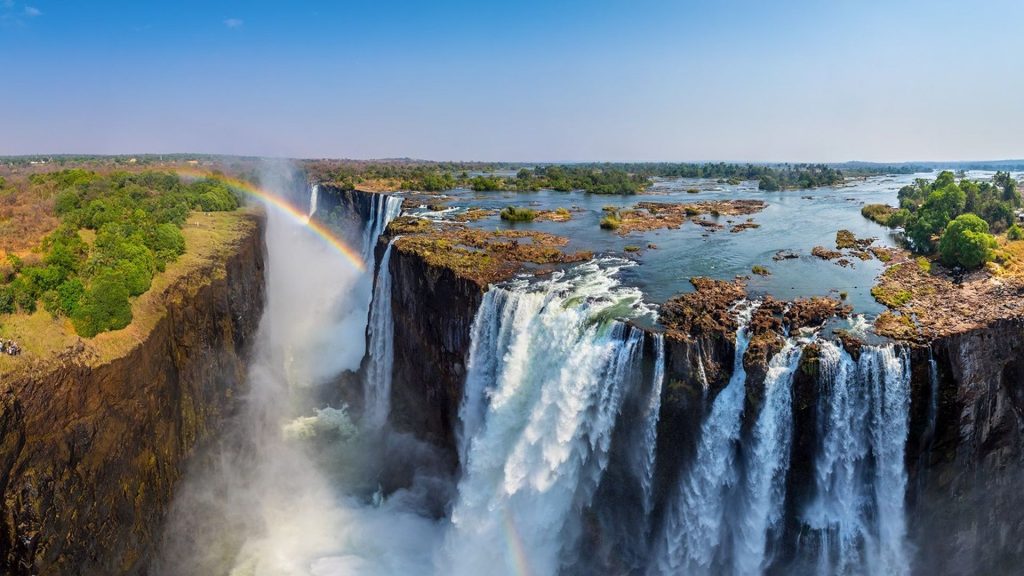 The area offers activities such as rafting, bungee jumping, and hiking safaris to observe the diverse wildlife that inhabits the area. You can spend the evening on a romantic sunset cruise on the river, complete with dinner, drinks and entertainment.

The park’s immense bush and savannah wilderness will present itself to tourists. It is one of the largest nature reserves in Africa. The big five (lion, leopard, rhino, elephant and African buffalo) , as well as hundreds of other mammals and birds such as eagles, vultures and storks inhabit it. 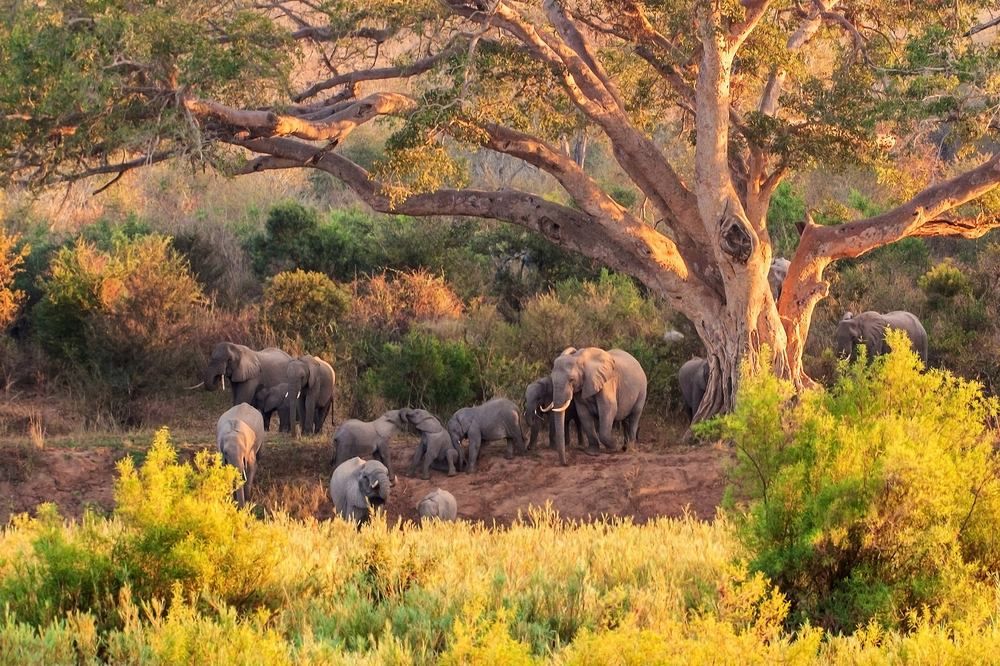 If you want to see a good representation of African fauna, this is probably the best place to drive on your own. Gravel paths crisscross the park, and there are designated places to stop for lunch.

As you drive through the park, remember to keep all the windows in your car closed. You never know when one of the four-legged inhabitants will decide to pay you a very close visit! 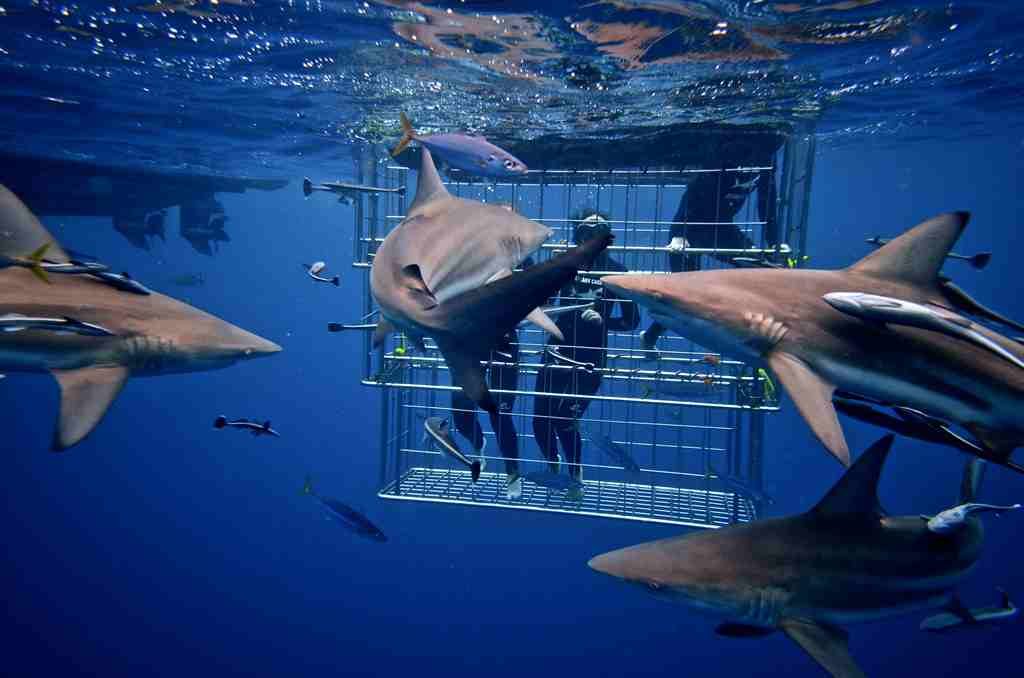 South Africa is a country that seems to have it all: cosmopolitan cities, beautiful vineyards, spectacular national parks, and even penguin beach (at Boulders Beach)!

One truly unique experience is cage diving with sharks. South Africa has one of the largest concentrations of great white sharks in the world, making it the perfect place to see them in the wild.

7. Tofo, Mozambique for the beach.

Heading north from South Africa, make time for a quiet beach with fine beige sand washed by the emerald waves of the Indian Ocean.

READ
What to see in the Tremiti Islands, Italy: beaches and entertainment in the Apulian archipelago 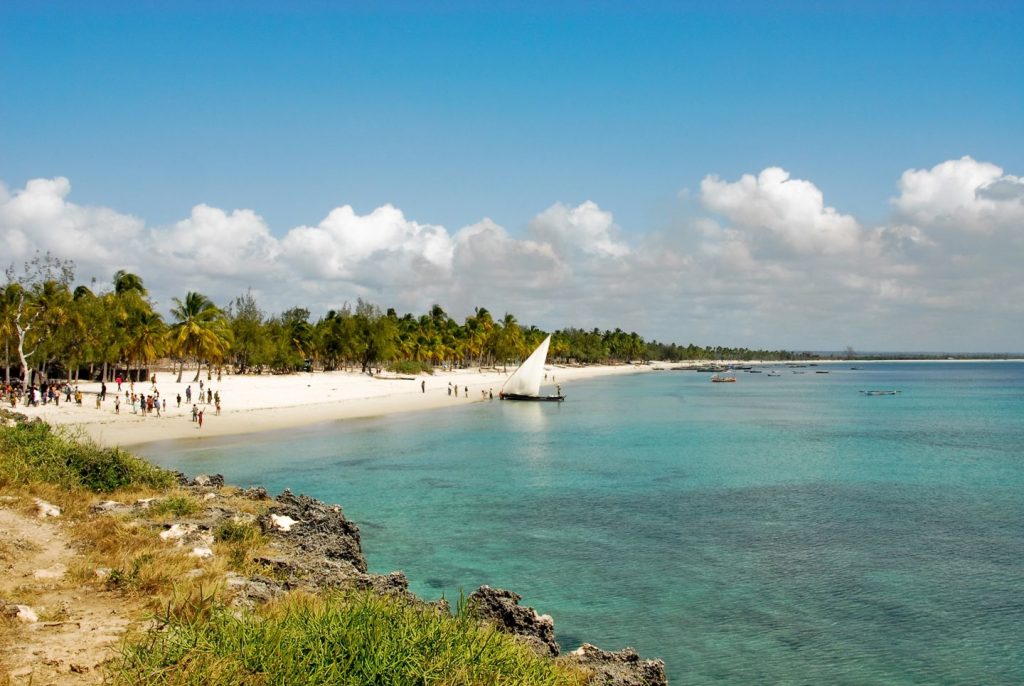 7. Tofo, Mozambique for the beach

If you fancy a drink, there are dozens of bars to choose from on the beach to quench your thirst. Prefer a quiet beach vacation? Tophoe is the place for you!

Tanzania is home to two of the most outstanding geographical landmarks in Africa: the highest mountain and one of the five Great Lakes. 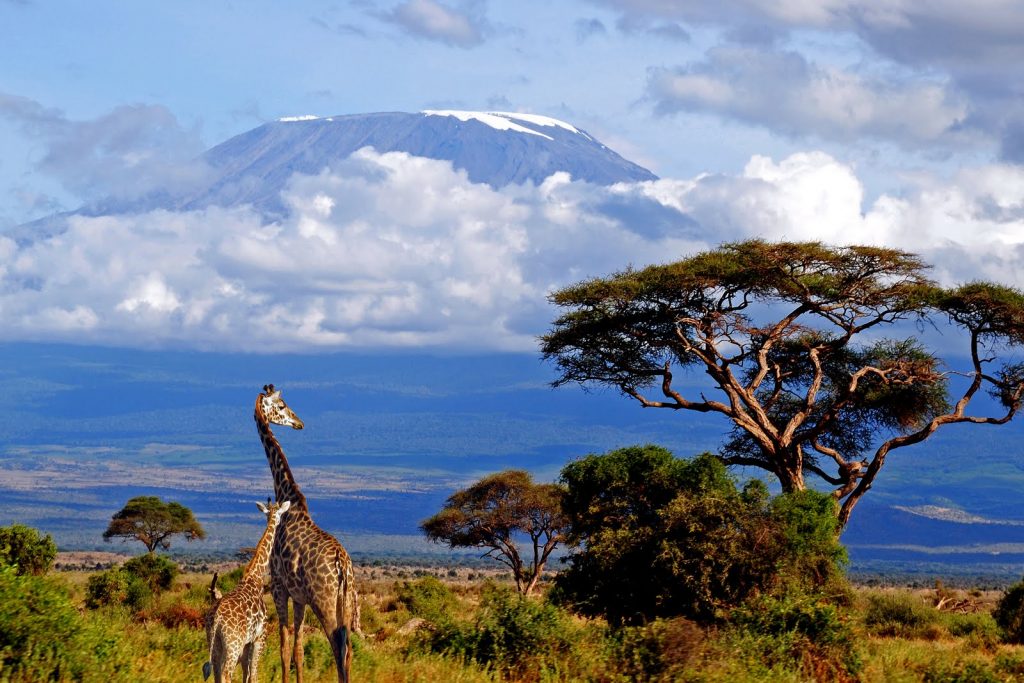 Mount Kilimanjaro is the only place on the African continent where you will see snow (if you get to the top). If you are not an experienced mountaineer, you can still enjoy beautiful hikes on the lower slopes.

As for Lake Victoria, it offers spectacular views and will give a “wow effect” to all your vacation photos. You can also hire a local boat to explore it, or join the fishermen and enjoy the fruits of your efforts for lunch.

Ratings have become very popular lately. On the one hand they look primitive, PR-ish, and subjective. On the other hand, in my opinion, they help to structure great volumes of information and to squeeze out a lot of water and informational noise. I have also decided to take a swing at William Shakespeare.the rating of the most interesting places in Africa. 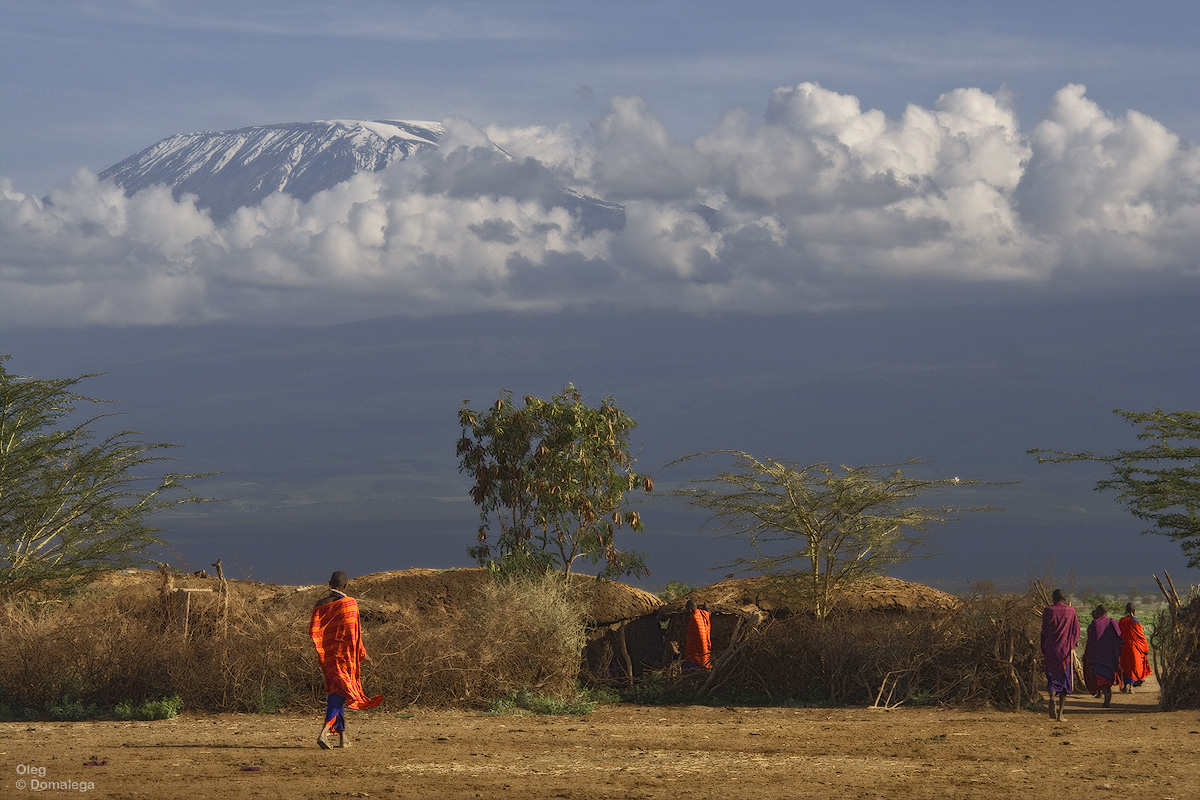 Of course, you could have tinted the topic with a catchy title like “10 must-see places in Africa” or something similar. But I don’t want to be like top bloggers.

Of course, the concept of “interesting” hints at the subjectivity of the list: what is interesting to one person may be completely uninteresting to another. Therefore, this is the most subjective but unbiased list of African interests

The reasons why people go to Africa can be divided into 3 parts – animals, people and nature. For me, this is an axiom, which was the basis of the list. 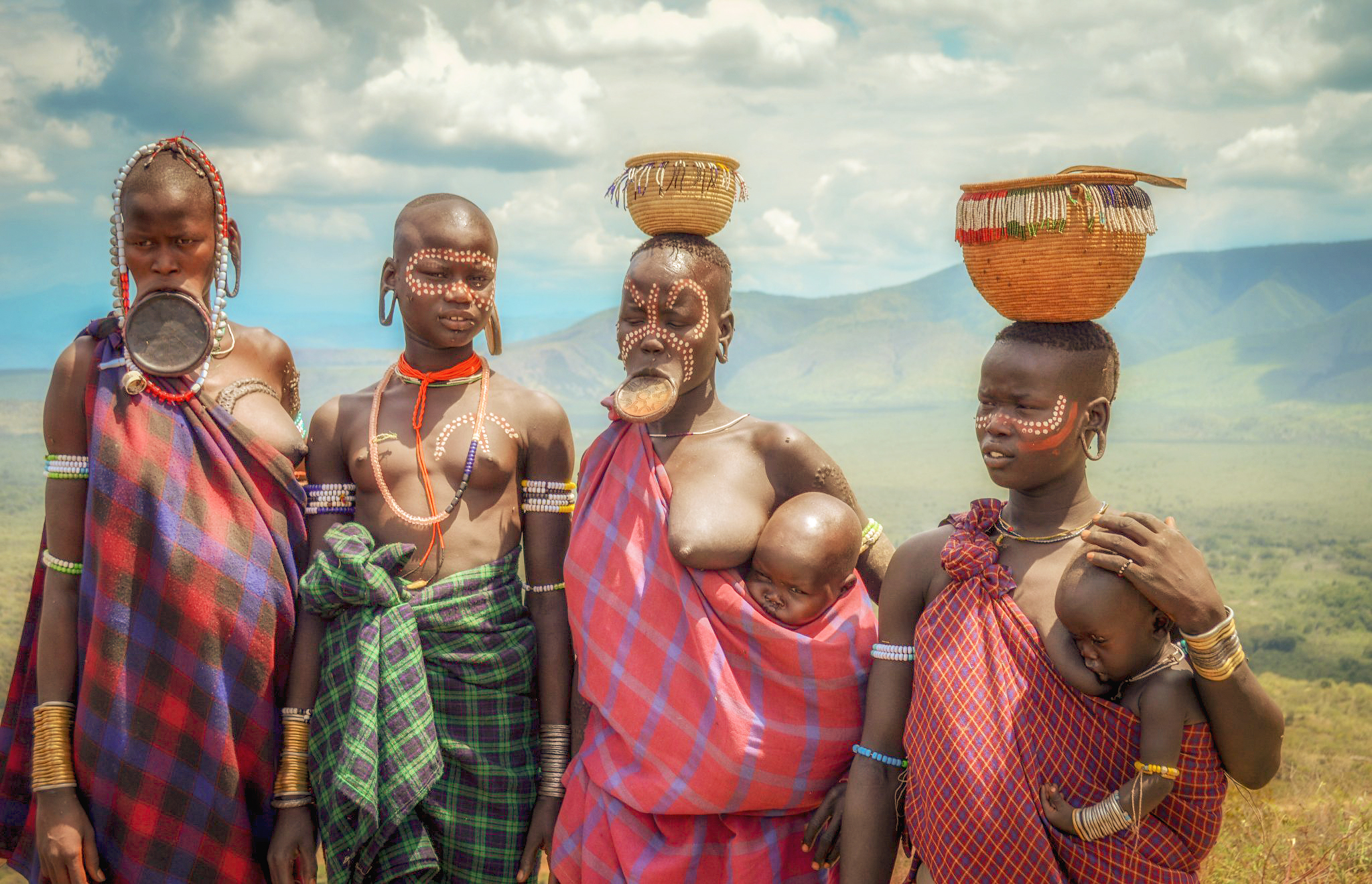 A unique place in Africa, or perhaps the entire planet, where there are still distinctive tribes, minimally affected by civilization. The Mursi, the Surma, the Erbore, the Hamer. Each tribe is distinctive in its way of life, traditions, decorations of their own bodies. In the Omo Valley, it is as if you are transported by time machine many centuries, if not millennia, back to the primitive communal system. Of course, the neighborhood with the benefits of civilization has influenced the tribes of this part of Ethiopia. Warfare, which continued here for a considerable period, also had an impact. Many men carried Kalashnikovs instead of spears and bows, for example. The local population has already managed to get used to the fact that tourists are regularly brought to them, and even learned to take advantage of it. Don’t expect to get a free photo of the exotic appearance of these proud sons of Africa. Every shot counts and payment is inevitable 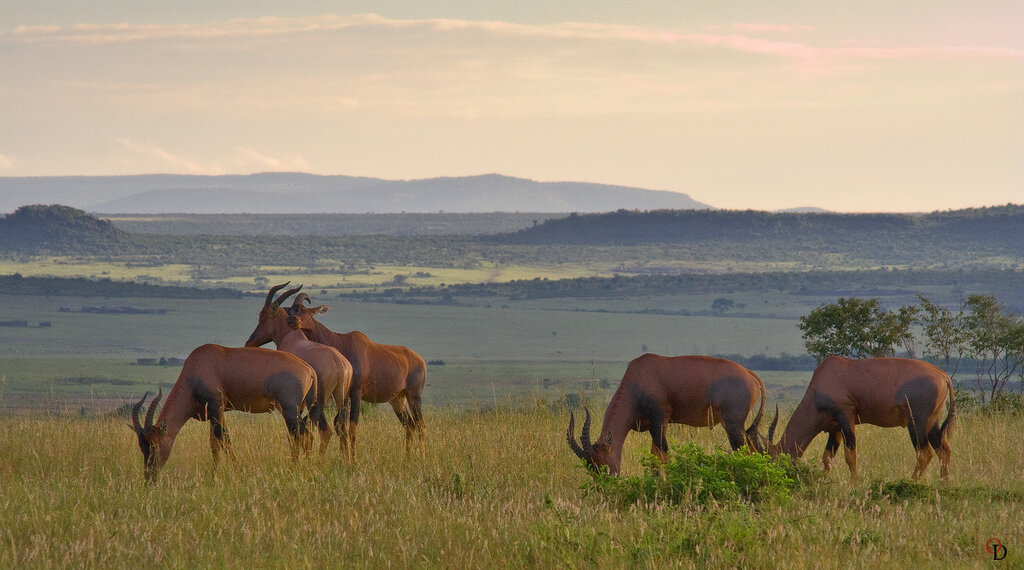 Perhaps the most famous national park in Africa, an icon of Kenya’s tourism industry, one of the best parks on the continent. Masai Mara is often written about in superlatives and, it should be noted, quite deservedly. The park is like an extension of the Serengeti, only in Kenya. Masai Mara is famous for its pride of lions, and in general it is one of the best places in Africa to watch the big feline trio: lions, leopards and cheetahs. 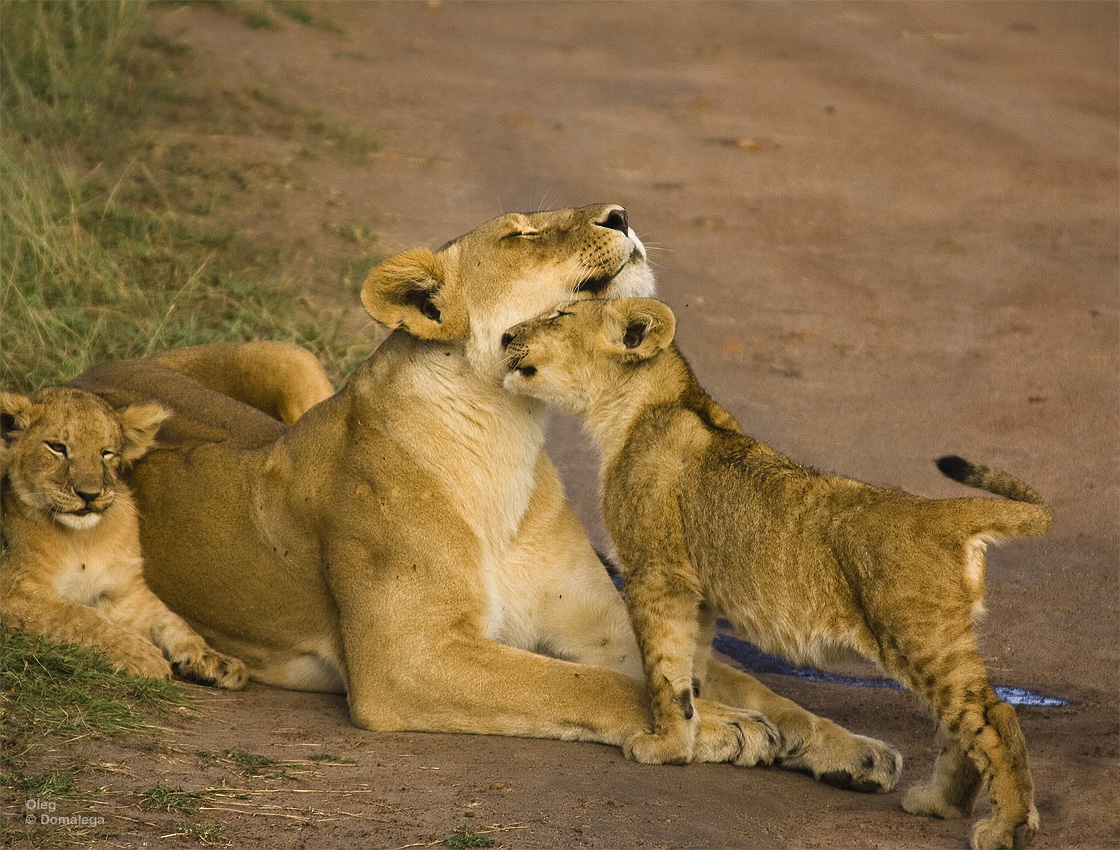 And, of course, we should not forget the great migration that takes place in the Maasai Mara from July to October, when millions of herds of wildebeest arrive in the park from Tanzania. Safaris in the Maasai Mara during this time are most spectacular. In general it can be said that no safari in Kenya can be considered complete without the Masai Mara.

Kilimanjaro is as iconic of Africa as Victoria Falls or the Cape of Good Hope, and, despite the fact that the mountain itself is located in Tanzania, the best and most picturesque view of it opens from the national reserve Amboseli (Kenya). That is why even many Tanzanian tourist sites and offline guides do not hesitate to illustrate articles about Kilimanjaro with photos taken in Amboseli. Elephants and Kilimanjaro, giraffes and Kilimanjaro, Maasai and Kilimanjaro, African acacias and Kilimanjaro. If you want to add these subjects to your portfolio, you’re in Amboseli. The park is good on its own, it has all the big five, but it is Kilimanjaro that makes it special and unique. 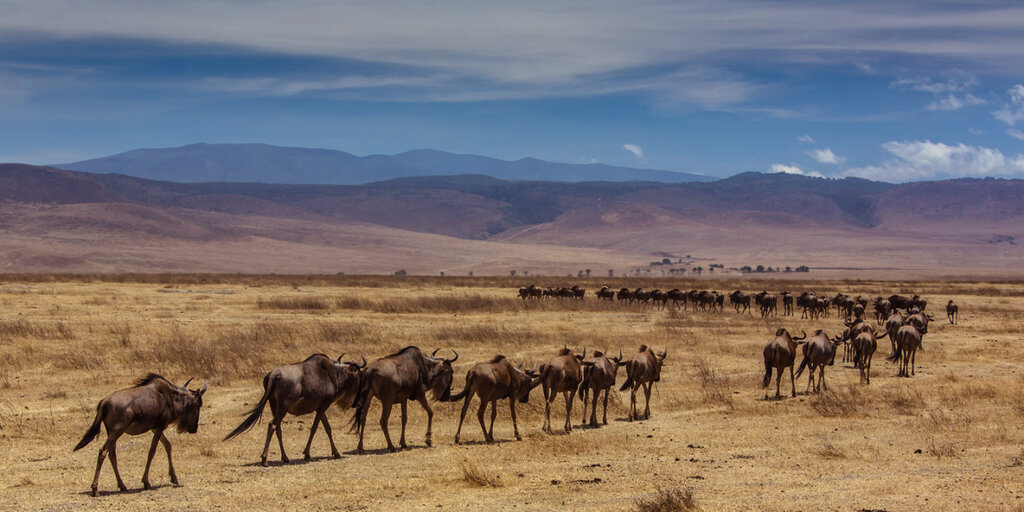 The highest concentration of wild animals in the world in their natural habitat. This argument immediately gives a head start and increases the attractiveness of the Ngorongoro Conservation Area. The animals here are separated from the rest of the world by the high slopes of an ancient volcano crater. As one customer said, “Where will they go in a submarine”

Ngorongoro boasts a big five, and its relatively small size and enclosed space make it one of the most exciting safaris in Africa. 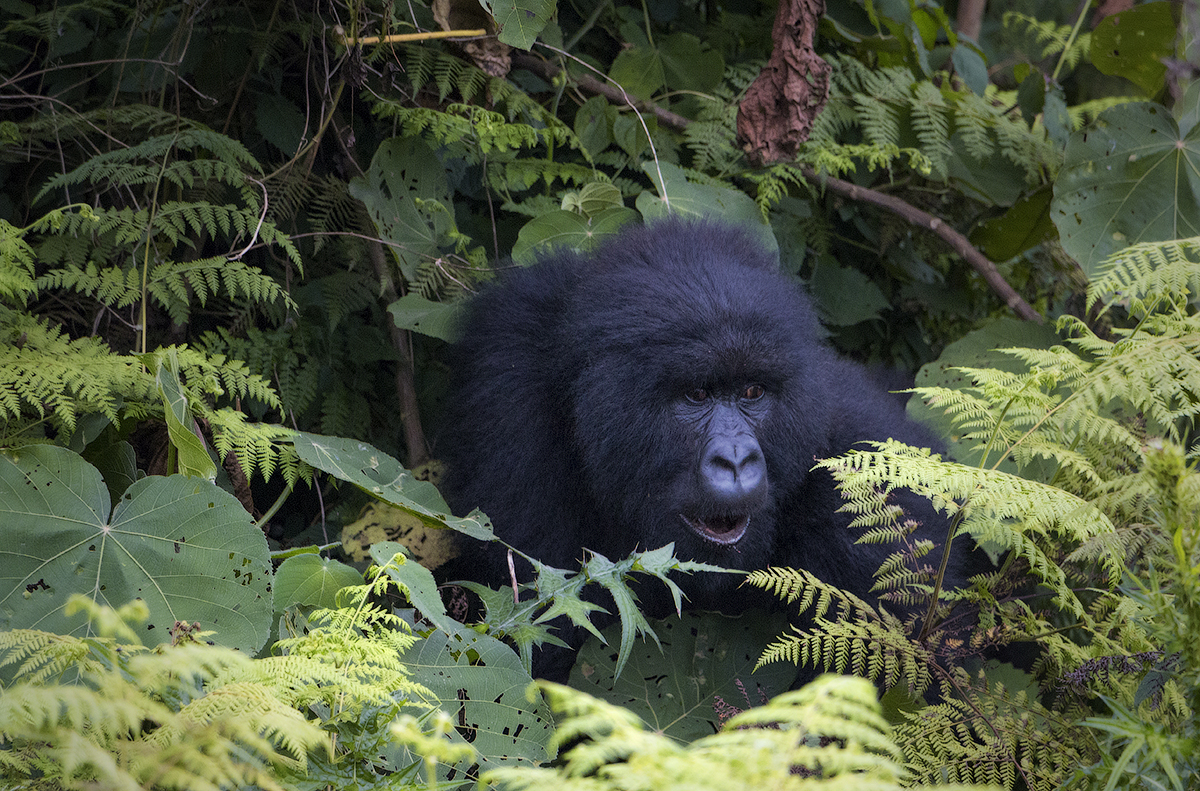 Gorillas and golden monkeys are the stars of this national park, located in northern Rwanda on the border with Congo and Uganda. I have not yet met a single person who has been left indifferent by these animals. You shouldn’t expect a traditional jeep safari in the park, where you get a ride to the animals and all you have to do is press the “masterpiece” button on your precious camera. What’s more, meeting these majestic and lovable primates has to be earned by walking more than a mile through a mountainous tropical rain forest. But this makes the experience more vivid and the pictures more valuable 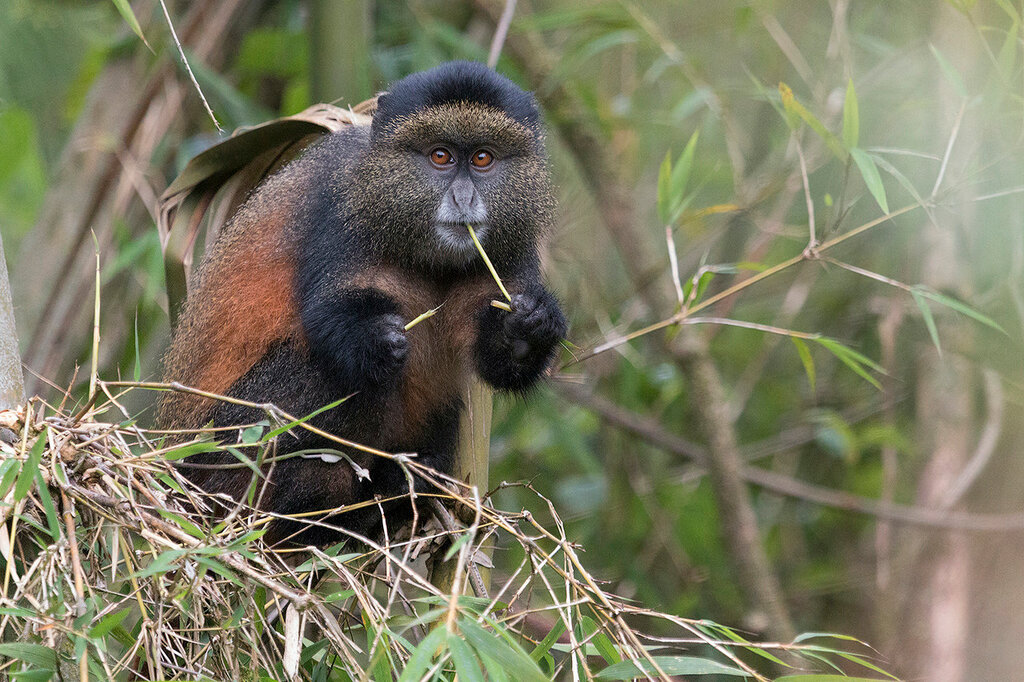 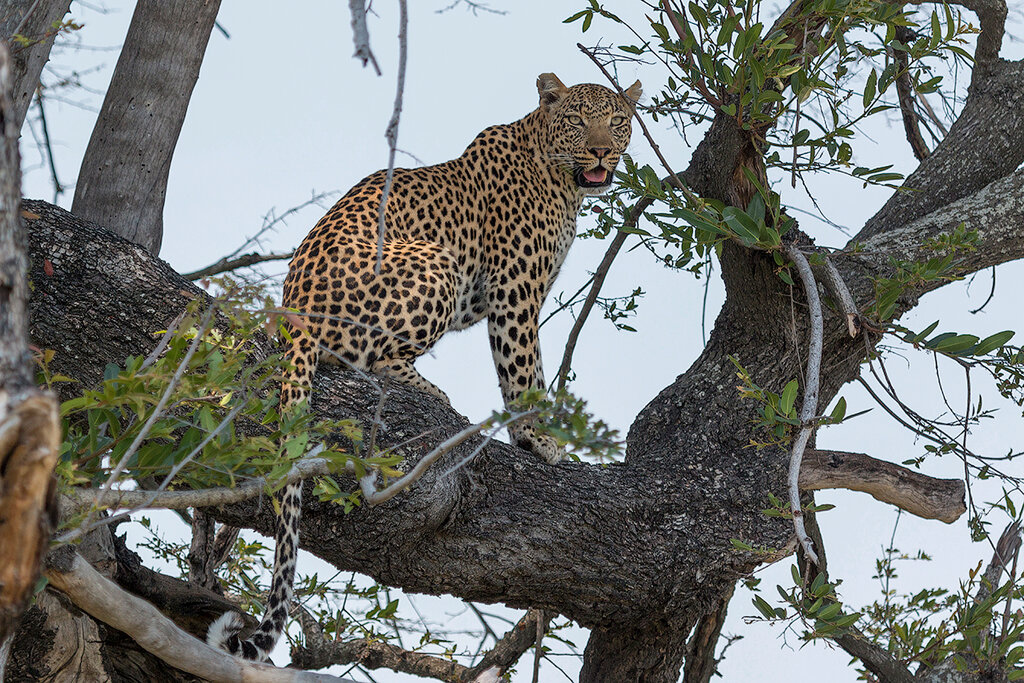 The uniqueness of the Okavango Delta speaks for itself. There aren’t many rivers in the world that spill into the delta without flowing into anything. The wildest and still untouched by civilization in Africa. Forget wi-fi, phones, televisions, etc. A true one-on-one with the wildlife of Africa in its pristine form. And be prepared to have wild animals closer to you than you might think. The Okavango Delta has a unique combination of rich wildlife (the big five are found in the Moremi Reserve) and diverse landscapes. Of course, safari in Botswana is not bad in both the Kalahari and Chobe National Park, but the Okavango Delta is a dream for safari gourmets 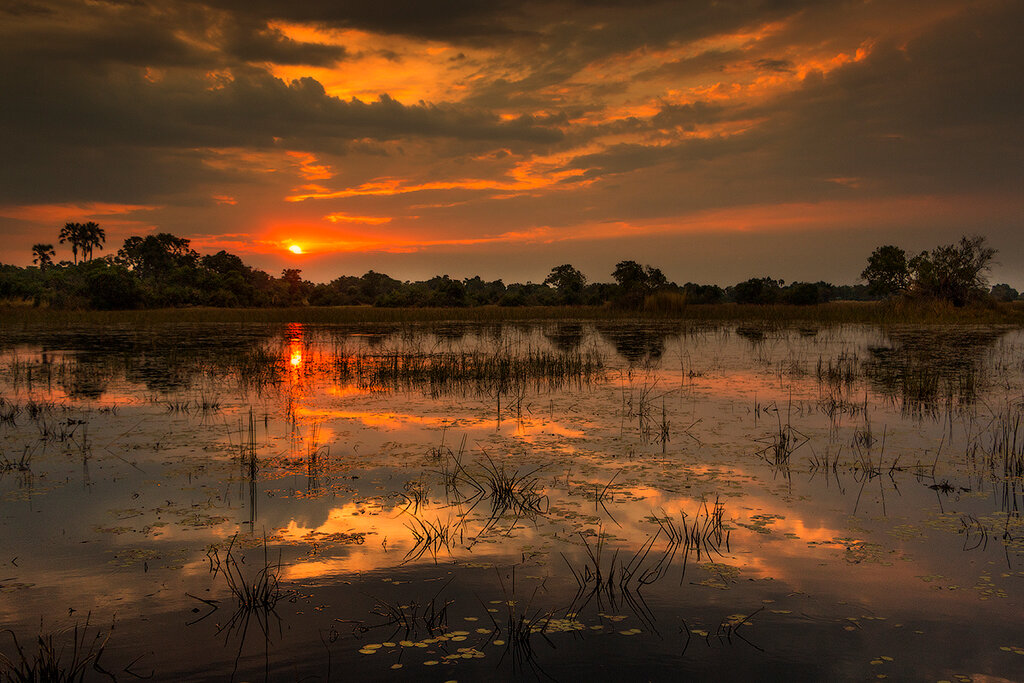 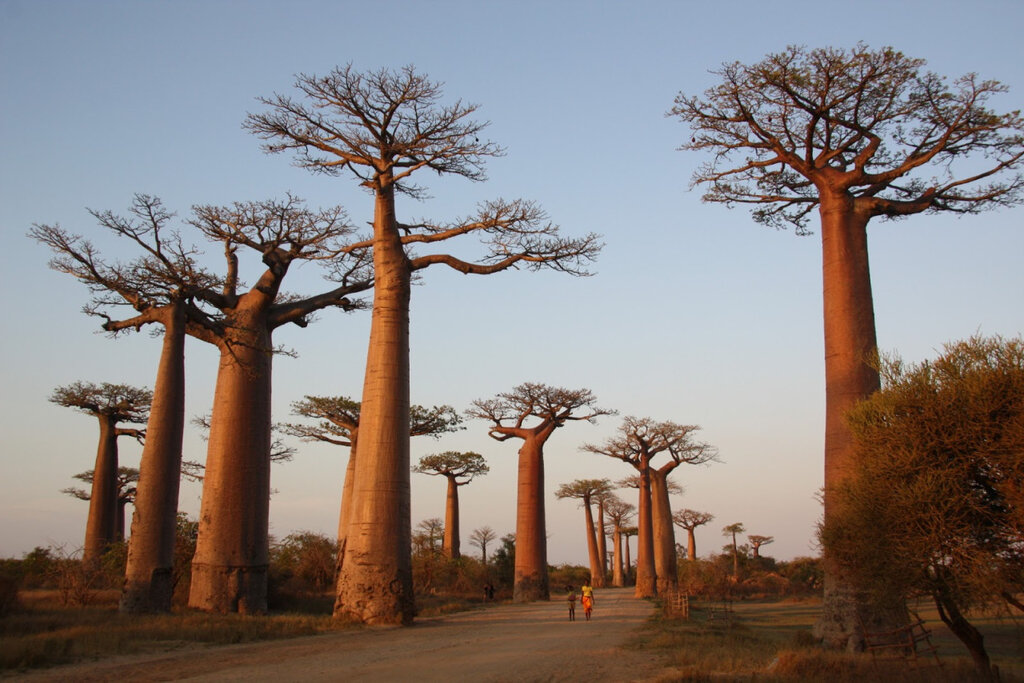 Another symbol of Africa is the baobab. There are many of these giants scattered all over Africa, but not so much in one place. In my opinion, just one avenue of baobabs is reason enough to visit Madagascar. And if you add lemurs and other endemics of the island, the doubts grow into confidence that we have to go, or rather, to fly 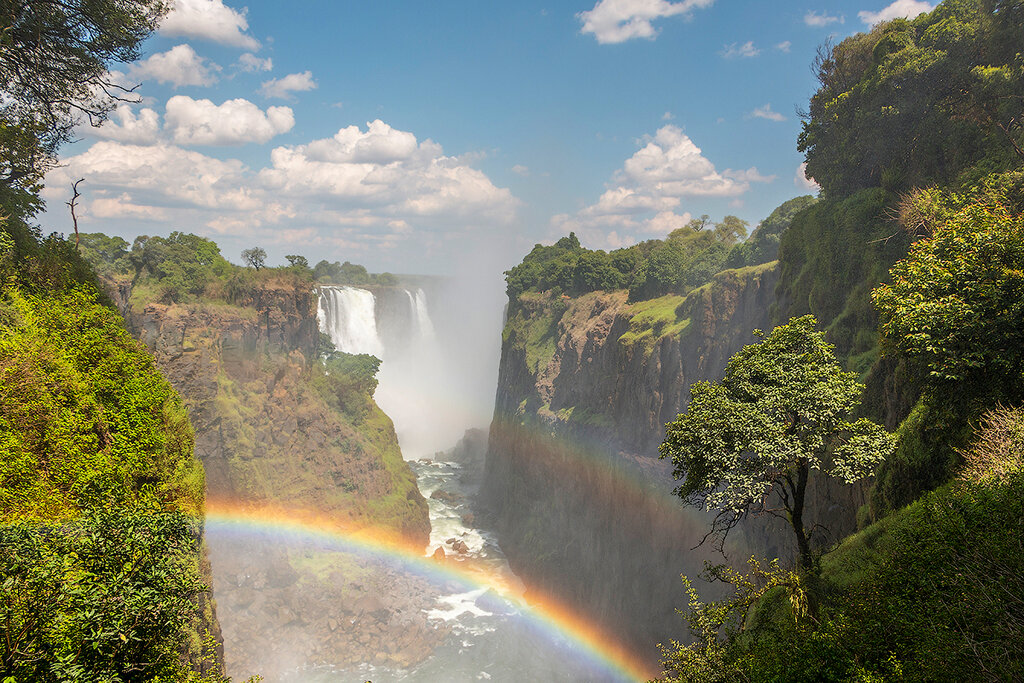 Victoria Falls are one of the three largest waterfalls in the world and it says it all. 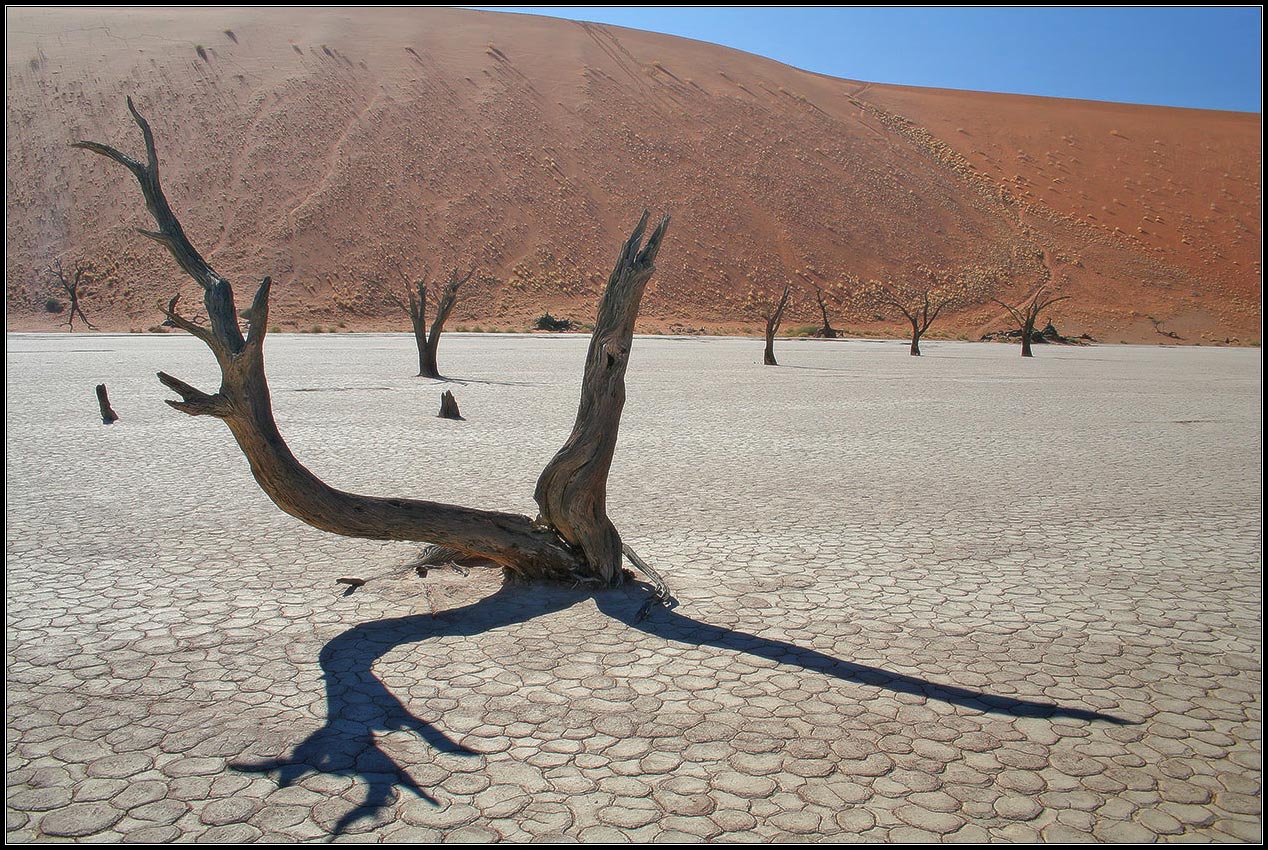 The highest and most picturesque dunes in the world are about Sossusflei. The most mystical valley of dead trees is Deadvlei. The Namib Desert has been nominated for various lists of “new wonders of the world,” “natural wonders of the world,” but has never made the finals. Nevertheless, in my opinion, it is one of the most interesting places in Africa to visit.