Berlin is a stylish, casual and easygoing city. Berlin during the Third Reich had a lot of tragic events, it was almost completely destroyed by bombing, divided into two parts by the wall for 50 years. Now the city is flourishing and writing its history anew. Berlin is not as smart and parade like other European capitals, but it has its own soul which opens gradually to the traveler.

In this article, we’ll take a brief look at all the most popular and main attractions in Berlin – we’ll point out where they are and show you what they look like. 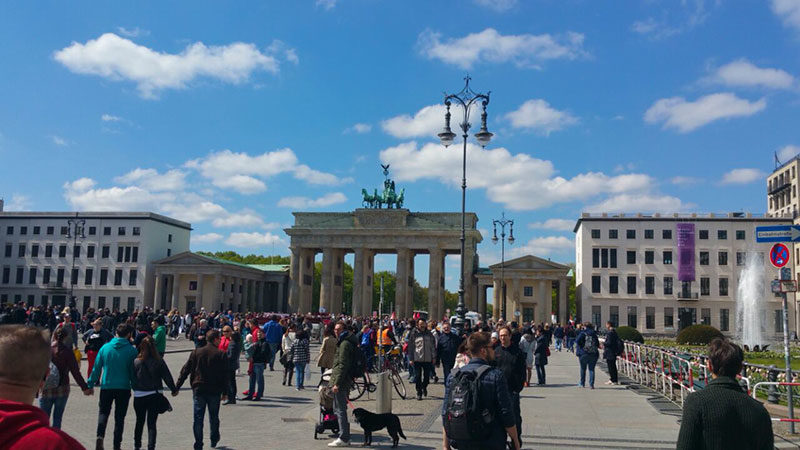 2. Reichstag – building where the government met during the German Empire, the Weimar Republic and the Third Reich. Here also sits the modern German government. Today this building is called the Bundestag.

Berlin Wall is a construction which divided Berlin into two parts: the Western and the Eastern Berlin. The wall was a symbol of the Cold War, stood for 30 years and was destroyed after the end of the war. Today tourists have access to some parts of this wall which are preserved in different parts of the city. 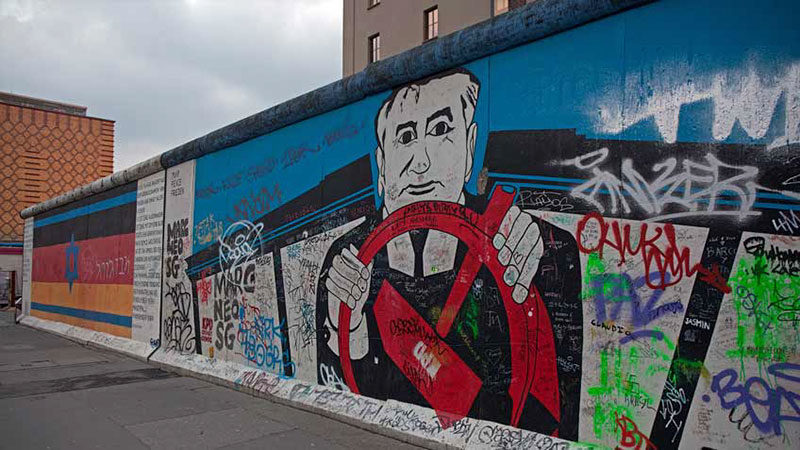 4. Berlin Cathedral is the largest Protestant church in Germany. Built during the reign of Wilhelm II, this cathedral was created as an analogue of St. Peter’s Basilica in the Vatican. 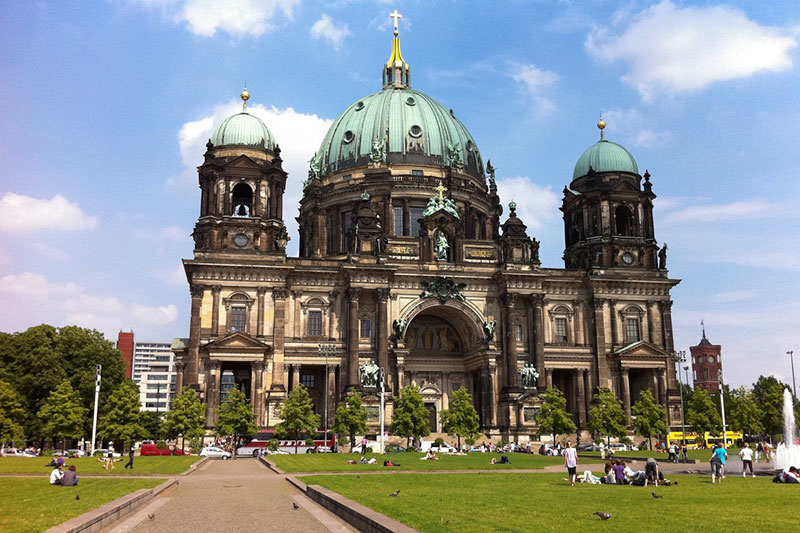 5. Charlottenburg – built at the end of the 17th century, by order of King Frederick I, as a gift to his wife Sophia Charlotte of Hanover. It was used as a royal residence. 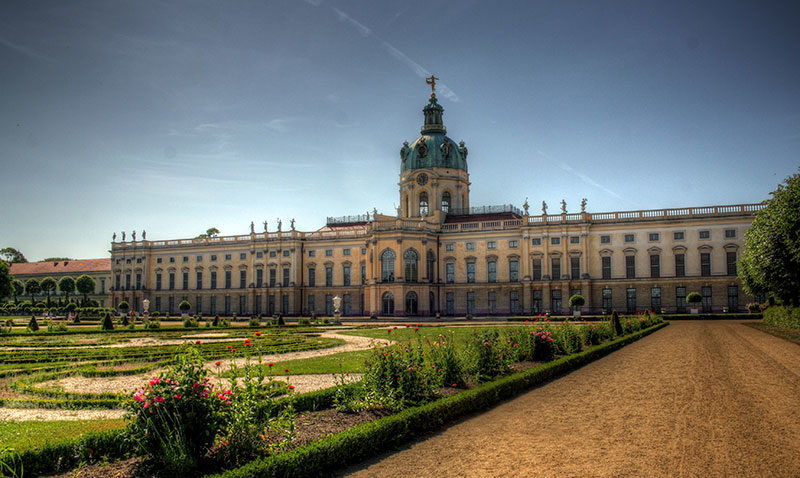 To read about all the tours in Russian in Berlin, click here. Description, routes and prices.

6. Spandau Citadel – the fortress on the outskirts of Berlin was built during the reign of Joachim II. During the Nazis there was a secret laboratory for the development of chemical weapons. Tourists did not gain access until the year 92.

READ
Why go to Dublin Castle 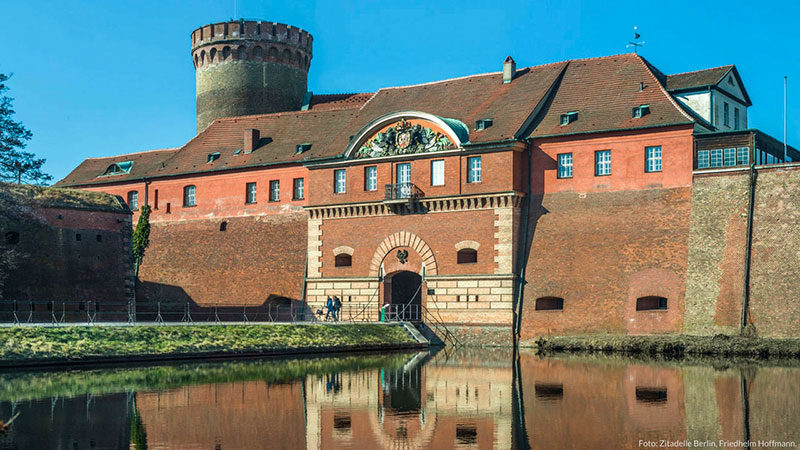 7. Bellevue Palace is the summer palace of a prince in the days of the German Empire and now the residence of the German president. Located in the Tiergarten Park. 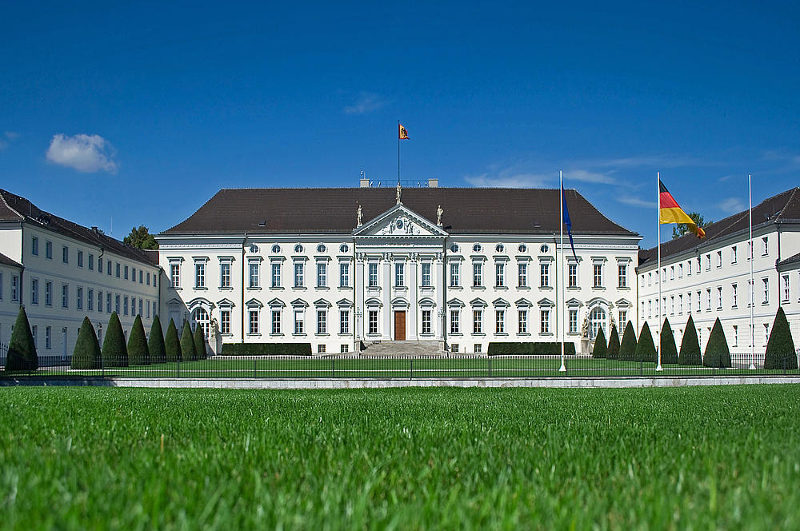 8. Köpenick Palace – Built on the site of an ancient Slavic fortress. Today it is a museum of arts and crafts. 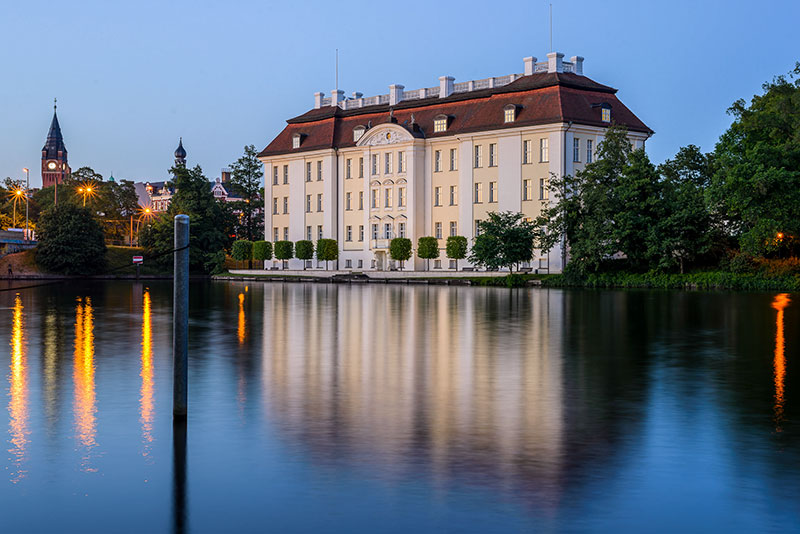 9. The Red City Hall is the seat of the city government and of the Berlin mayor. It was built in the Neo-Renaissance style with Neo-Gothic elements. 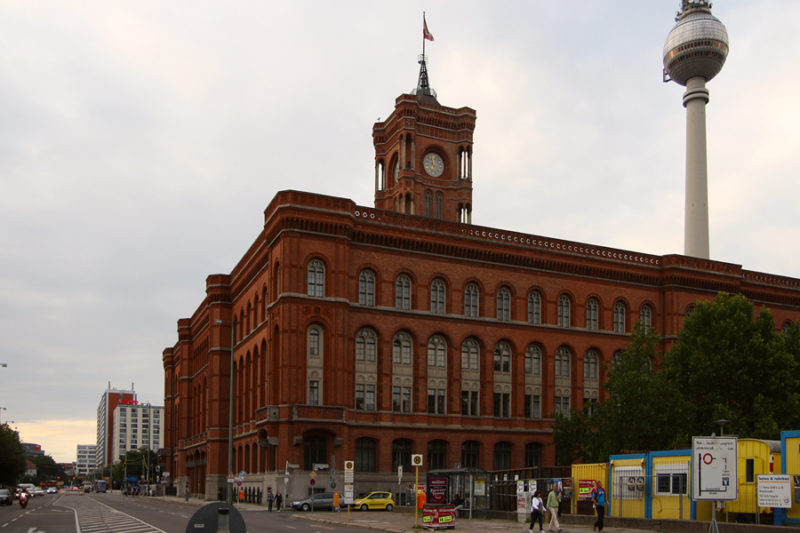 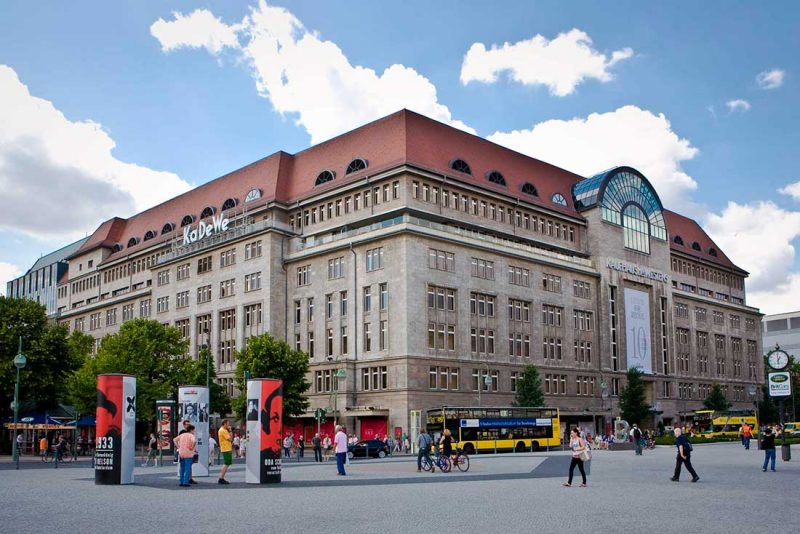 Alexanderplatz – the square where Wilhelm the Third received the Russian Emperor Alexander I at the beginning of the 19th century. 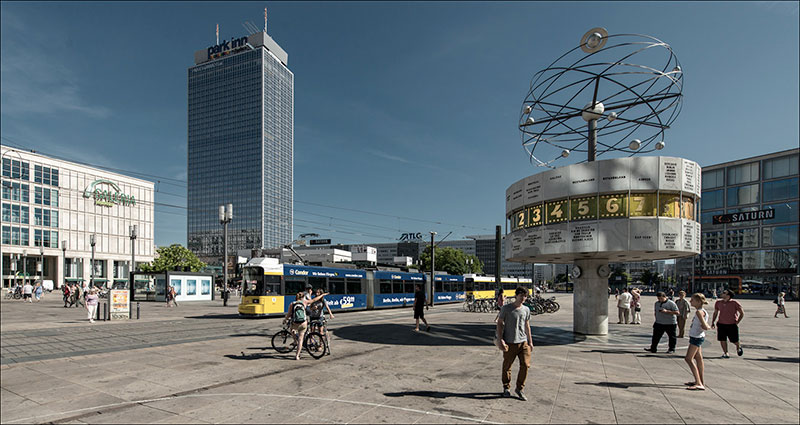 12. Potsdamer Platz – Platz in the Tiergarten district on the site of the destroyed Potsdamer Gate. 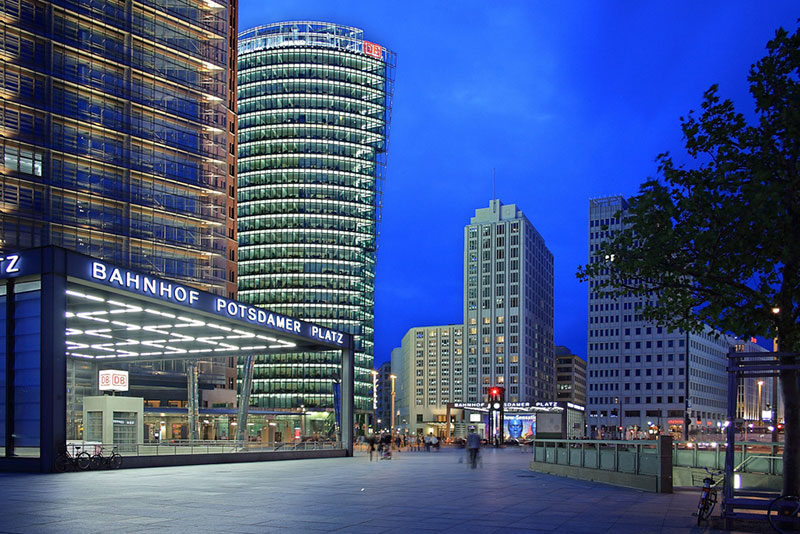 13. Gendarmenmarkt – one of the most beautiful squares in Berlin. 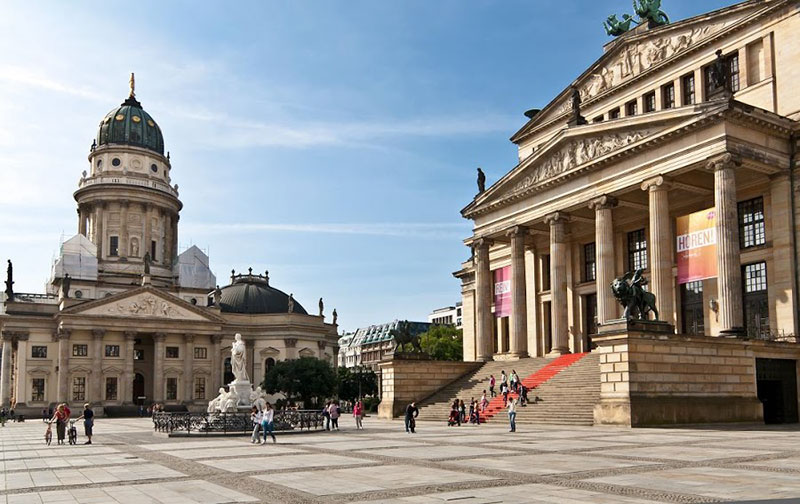 14. Berlin State Opera – Opera House – the first building of which was built in the mid-18th century. 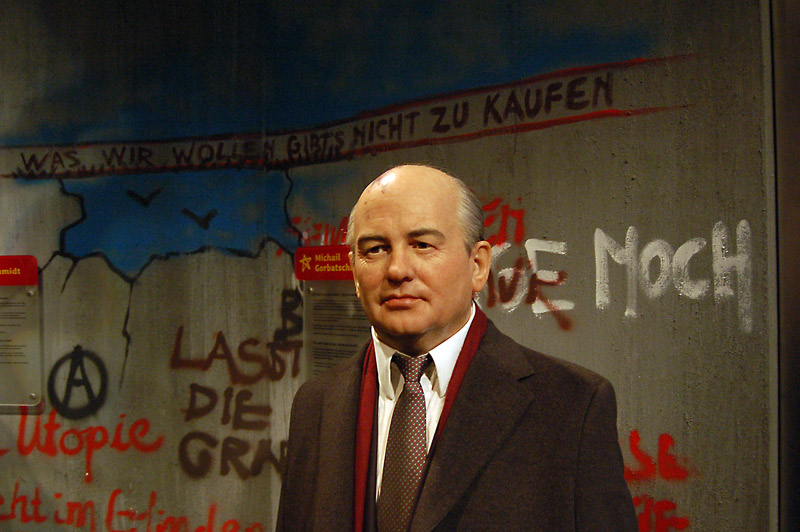 16. Museum Island – a quarter of museums, which are listed as a UNESCO World Heritage Site. 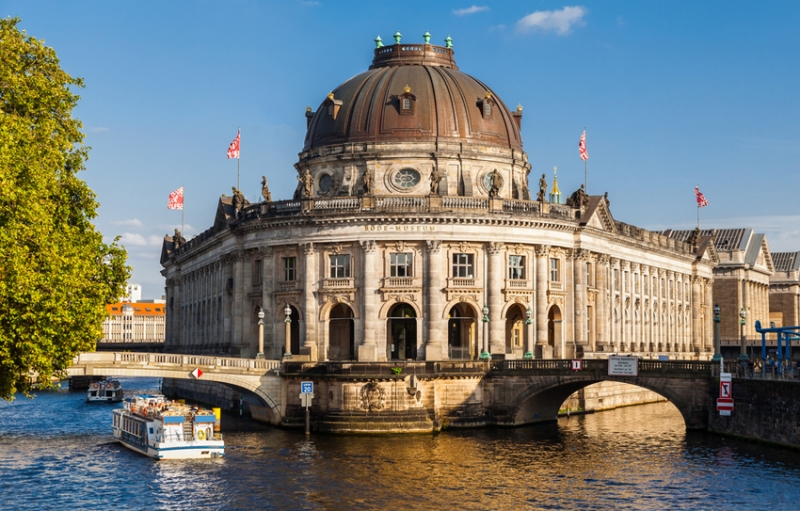 17. The Topography of Terror – a memorial to the victims of the Nazi regime. 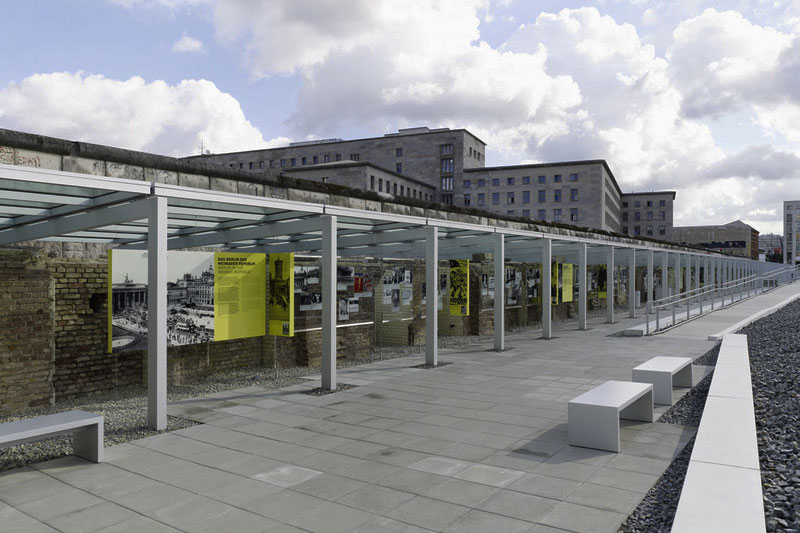 18. Memorial to the Murdered Jews of Europe – a memorial complex dedicated to the Jews, victims of the genocide of Nazi Germany. 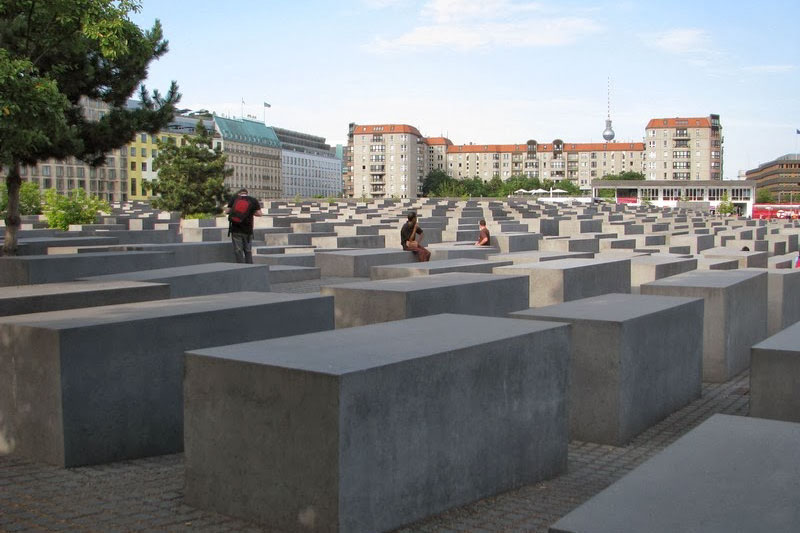 19. Neue Wache – memorial to the victims of all wars and tyrannies. 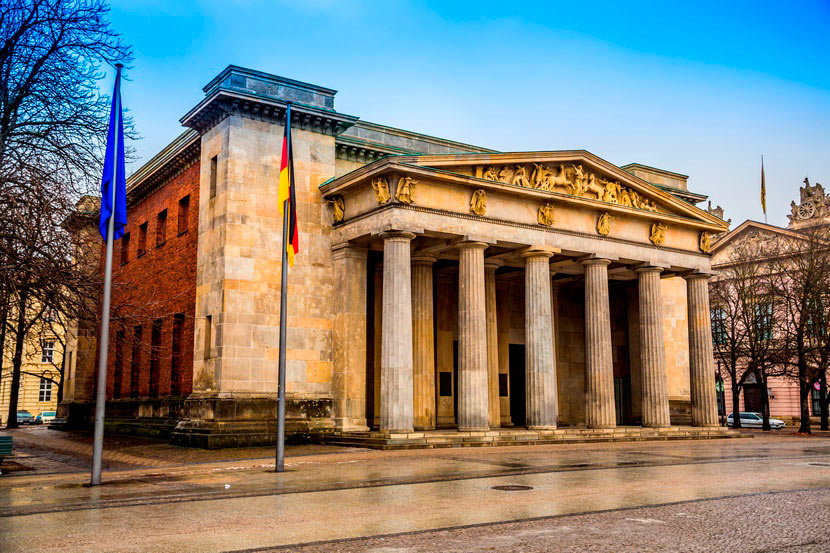 20. Kaiser Wilhelm Memorial Church, a church built in honor of the first Kaiser of the united Germany, Wilhelm 1.

READ
Traveling in the Lofoten

21. Church of St. Nicholas – the oldest church building in Berlin. 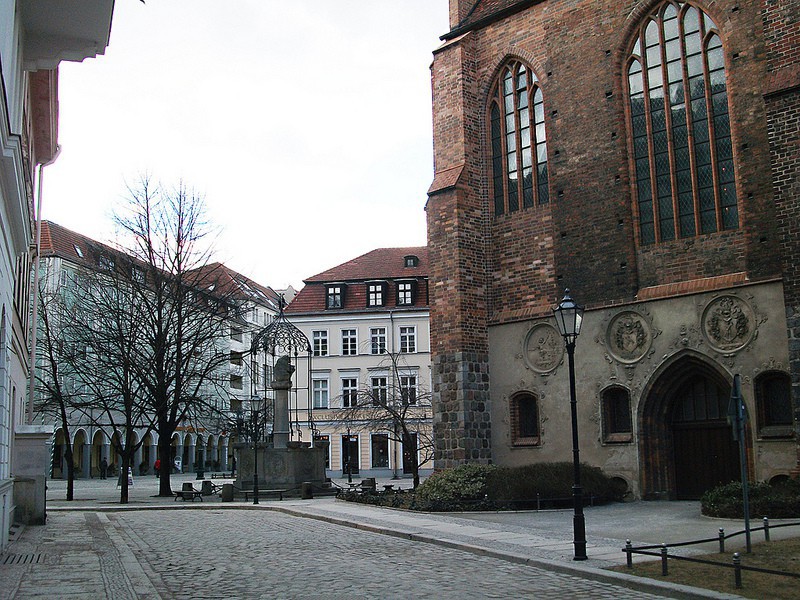 22. St. Mary’s Church is one of the oldest Lutheran churches and is located near the Berlin TV Tower.

23. The New Synagogue – was reconstructed and opened in the 90s of the 20th century after the reunification of Germany.

24. Checkpoint Charlie – a symbol of the confrontation between the two irreconcilable Cold War enemies of the USSR and the United States. 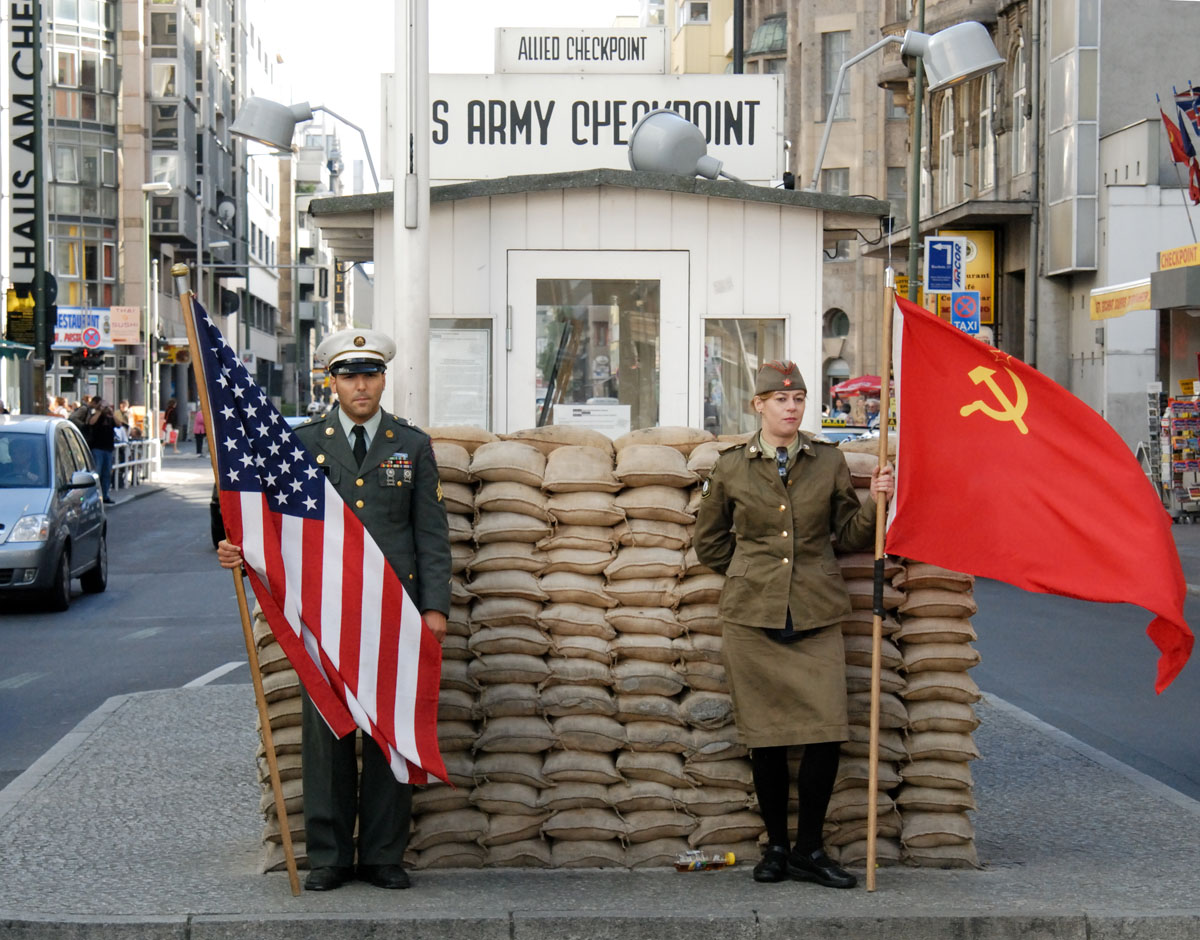 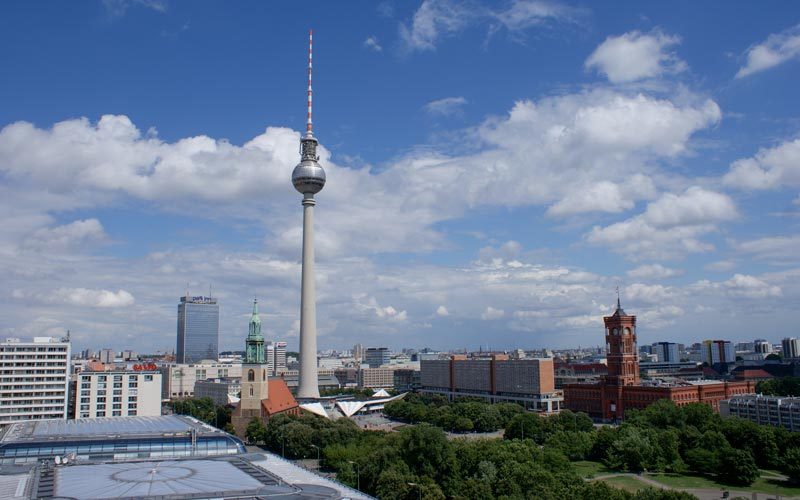 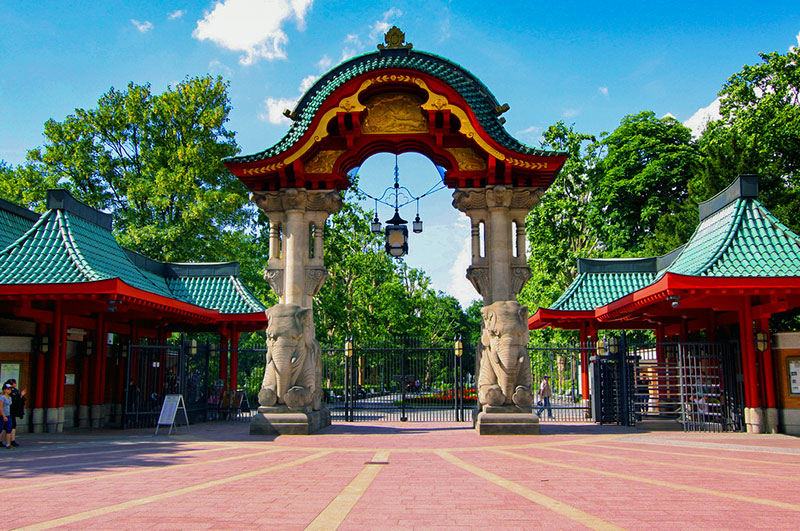 27. Treptow Park is a park on the banks of the river Spree. This is a memorial complex built in memory of Soviet soldiers-liberators. The main monument in the park is a soldier with a sword and a little girl in his arms. The remains of thousands of soldiers are buried in five mass graves in the alley leading to the statue. 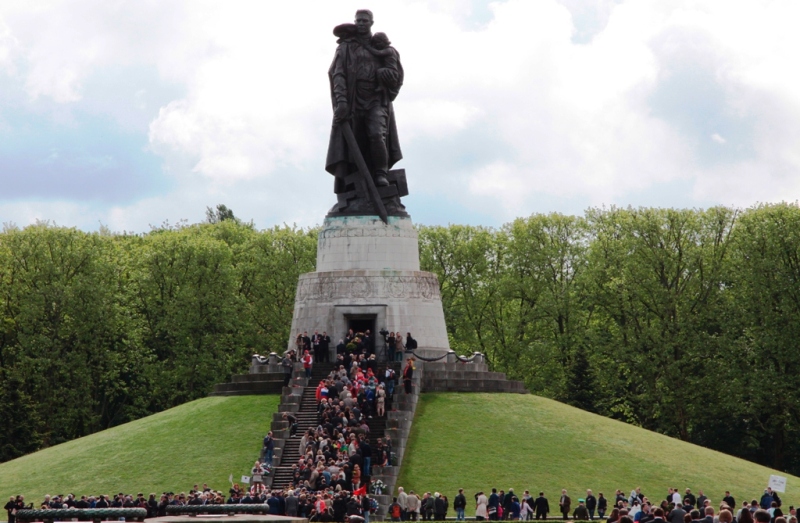 28. Botanical Garden – laid out in the early 19th century.

29. Unter den Linden Boulevard – the main street of Berlin, where most of the sights of the city are located.

A concrete fence more than three meters high, surrounded by barbed wire, a hundred and sixty kilometers long, was not just the border between the two parts of the German state, it separated thousands of families overnight for almost thirty years.

986 steps, 40 seconds in a high-speed elevator and more than 200 meters from the observation deck of Germany’s tallest building and a breathtaking view of Berlin. Of course, we are talking about the Berlin TV Tower, the symbol of the German capital.

Berlin Cathedral – this attraction is in the picture of almost every tourist who visited the German capital. Contrary to Protestant teachings, the Berlin Cathedral turned out to be very rich and colorful, more like a Catholic church.

Like the Eiffel Tower in Paris, the Colosseum in Rome or the Tower in London, the Brandenburg Gate is the symbol and trademark of Berlin. It is Berlin’s most recognizable landmark and began construction in what is known as the Berlin Classical style.

Many people dream of being on an island, and most imagine sun, palm trees, ocean and sand. But there are many different islands, and one of the most unusual is the Museum Island in Berlin, where Robinson Crusoe could only dream of getting stuck.

Without a doubt, a parliament building in any country should look very presentable and solemn – and that is exactly what the Reichstag in Berlin is, which, in addition, has its own without exaggeration heroic history.

The Charlottenburg is one of the greatest Baroque architectural monuments in Berlin. Originally it was originally a sumptuous gift of King Friedrich I to his wife Sophie Charlotte of Hanover, and was later converted into a favorite summer royal residence with a lush park.

Guests at the five-star Radisson Blu Hotel in Berlin, whose windows overlook the courtyard, can enjoy the incredible spectacle of sharks, fish and octopuses swimming in a huge clear glass, illuminated by blue lights.

In Berlin, you can wake up on any coldest day and in an hour and a half find yourself in the tropics. And you don’t need a plane to get there. The largest water park on the planet is Tropical Island, located only 70 km from the German capital.

On the site of the former market square Alexanderplatz was formed, which was the center of socialist Berlin. The architectural ensemble of the square combines pre-war buildings and modern buildings, among which is a high-rise (123 meters) hotel with panoramic rooftop areas and a TV tower.

The Berlin Art Gallery is one of the most important museums in the world, the basis of the collection dedicated to European painting of 13-18 centuries. Its collection includes classics of traditional Italian and Flemish art: Botticelli and Rembrandt, Titian and Caravaggio, Bruegel, Bosch and many other geniuses.

The Berlin Opera is not only one of the oldest buildings in Berlin, but also one of the largest musical theaters in Germany. Many famous people have conducted performances in this theater.

At the entrance to the Berlin Zoo you will be greeted by beautiful elephants, but not real ones, but made of stone. The 27-tonne animals decorate the oldest zoo in Germany on both sides of the gate. Not far from the gate, you’ll find the ticket office and a diagram of the zoo.

READ
What to do in Palermo. 5 interesting things to do, Italy

It’s hard to find a more refined, sophisticated and bohemian souvenir from Berlin than one from the Royal Porcelain Factory in Berlin. As fragile as thin spring ice, as transparent as an egg shell, as delicate to the touch as a baby’s velvet skin, this porcelain is world-famous.

Bisdorf Palace is a landmark of Berlin, alluring not only for its historical and cultural significance, but also as an embodiment of the connection of times. At first glance one might think it was erected during the Renaissance, but the design by architect Martin Gropius dates back to the 19th century.

Where else can you buy such a souvenir that will be older than you, can boast a turbulent and fascinating history and tell better than any eloquent lecturer about the unforgettable trip? Only at a flea market.

The Botanical Garden of Berlin, famous in Germany since the 17th century, is one of the three most important botanical gardens in the world. It invites you to discover thousands of different plants and interesting facts about them.

The big grey concrete cube in the center of Berlin is the Reichsbunker, a bomb shelter for railroad workers which was built in 1943. During GDR times it was used to store fruit and vegetables; old Berliners still call the structure “banana bunker”.

Every city has its own symbols. The vast majority are architectural structures: cathedrals, castles, town halls, etc. Berlin wouldn’t be Berlin if it didn’t add something completely unexpected to this trivial list.

Berlin is a city with a dramatic, contradictory fate. For several decades it has lived torn alive by two opposing political systems. The scar left by the Berlin Wall will never heal on its body. In the memory of mankind, Berlin will always be associated with the two bloodiest wars of the 20th century. Not surprisingly, many of the city’s landmarks are associated with Germany’s turbulent history.

READ
Recreation in Arosa: how to get there and what to do

Perhaps the most famous landmark in Berlin is the Reichstag building. It symbolizes Germany: the quadrangular base represents the four regions of the country and the dome represents the unity of imperial power.

The Reichstag is not only the seat of the German parliament, it also houses the Museum of Modern Art, one of the most important art collections in the country.

The Brandenburg Gate, built in the Classical style in the late 18th century, stands at the end of Unter den Linden street and is not only the most recognizable symbol of Berlin, but also the symbol of the split of the German state. Another symbol of the city is of course the Berlin Wall.

Today there is not much left of it, the two parts of the city are slowly merging, but there is a hiking and biking trail along the wall line with a length of 160 kilometers.

It is a special pleasure to walk through the parks of Berlin. Most people of the older generation are familiar with Treptow Park because there is a memorial to the Soviet soldiers who fell during the capture of Berlin in World War II. The center of the memorial is a bronze sculpture of a soldier with a rescued girl in his arms. Around it is a memorial field with graves of unknown soldiers. The author of the memorial is the famous Soviet sculptor Evgeny Vuchetich. Monuments to Soviet soldiers are also installed in the Tiergarten Park and in the park “Schoenholzer Heide”. The status of these monuments is assigned to them in perpetuity, and the maintenance is financed by the German government.

Berlin is rich in sights. You can take a special pleasure in seeing them by taking bus number 100, which passes most of the most interesting places in the city, with the citizens in a hurry.