After the heavy bombing of World War II, Berlin lay in ruins. We can logically assume that there is nothing left – no sights, no old neighborhoods, and the city was literally built from scratch. But tourists are in for a surprise – many of Berlin’s palaces, built under Prussian rule, have survived, and those that were destroyed have been restored to their former glory.

Most of the palace complexes, which previously served as residences of monarchs or villas of wealthy families, house museum collections and concert halls. Tourists can also appreciate the beauty of the historic interiors or stroll through the landscaped parks around the elegant classicist, baroque and rococo buildings.

The palace is located in the city district of the same name. It was built in 1699 in the Baroque style for Sophia Charlotte – the wife of Frederick I. Charlottenburg is surrounded by a magnificent landscape park. During the tour, tourists visit Friedrich’s apartments, the reception hall, the porcelain hall, Schinkel’s pavilion with a collection of paintings from the early 19th century, and the orangery. After World War II the palace lay in ruins, but then it was rebuilt. 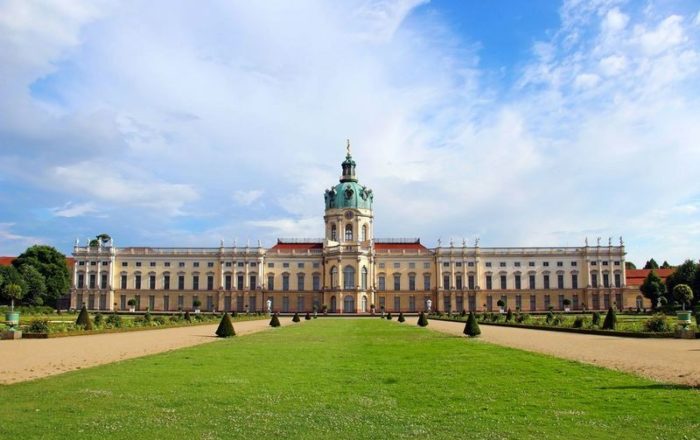 The palace in the style of monumental classicism stands in the Tiergarten Park. After World War II, several reconstructions restored the interior from the surviving sketches of the historic 18th-century interiors. In the 1950s, Bellevue Palace was more often used as a concert venue. Today it has been the official residence of the President of Germany since 1994. 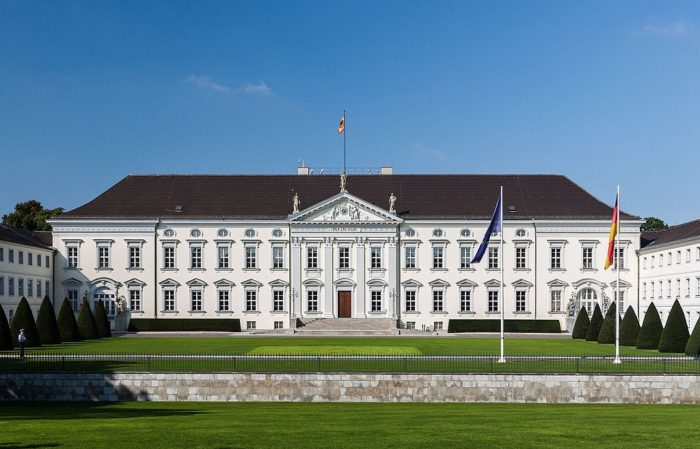 The building is located on the island of Köpenick. It was built in the 17th century as a residence of Friedrich III. The internal and external decoration of the palace is quite well preserved, and today visitors can appreciate the tranquil beauty of the baroque architecture and the decoration of the halls. Kopeník often hosts vernissages of modern art and exhibitions of folk art, and you can also visit the concert hall and listen to the performance of the orchestra.

READ
The 12 most beautiful French islands 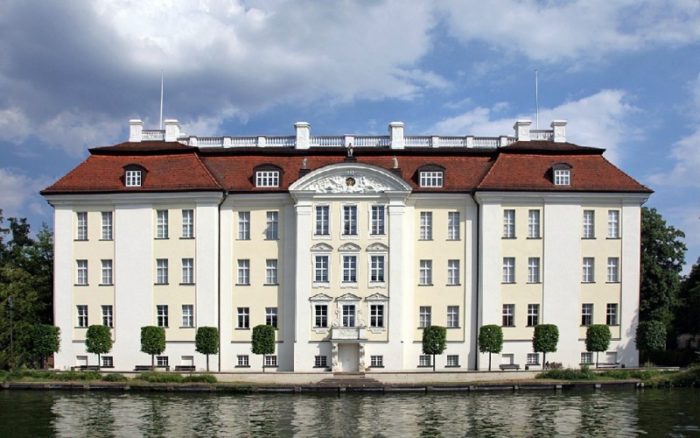 A mansion of Friedrich Wilhelm I., built at the end of the 17th century. It is located in the district of Wannsee on the shore of a small pond, surrounded by a park. Glinnicke was not badly damaged during the Second World War. Over the years, the premises of the castle served as a hospital, a wallpaper factory, a children’s home and a youth center. In the 2000s it was renovated several times. The premises are used by various educational organizations. 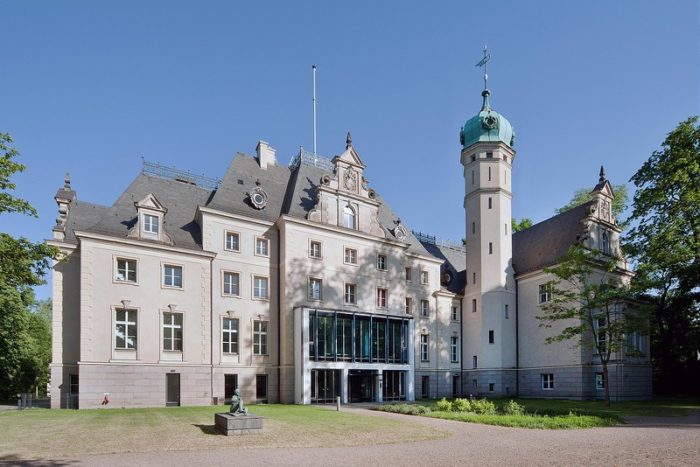 A complex of XVIII-XIX centuries, built in the style of strict classicism. From the outside the building looks quite modest, but inside the luxury of the royal chambers is amazing. The architectural ensemble includes the palace itself and two wings: Big Curiosity and Small Curiosity. Inside you can see the halls, salons, library and bedrooms. Since the 1980s, there has been a museum on the grounds of the Glinicke. 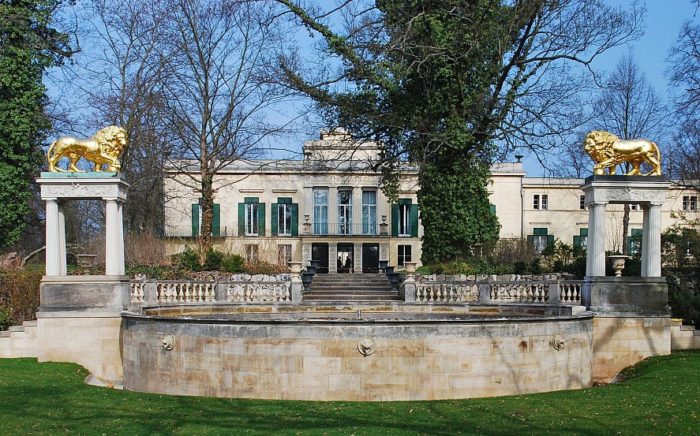 The palace is located on the territory of Berlin Zoo. It was built at the end of the seventeenth century in classical style at the request of a Dutch shipowner. For a long time, tourists neglected the building, because their main goal was still to visit the menagerie, but then the Friedrichsfelde began to stop by to visit the museum and look at the historic interiors. Around the palace there was a landscaped park with numerous sculptures. 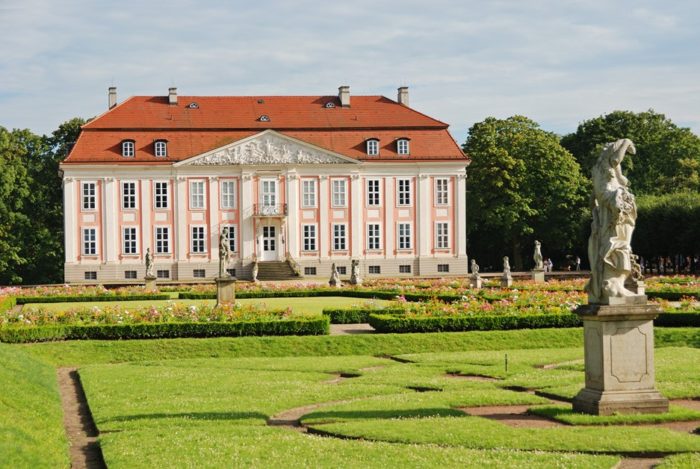 Since the 16th century on the site of the modern palace was a mansion in the style of half-timbered houses, surrounded by a park with fountains and statues. After the land changed hands, the building and the surrounding area underwent significant reconstruction, but the overall appearance was still preserved. Today the building houses a museum and a cultural foundation, while the open spaces are used for temporary exhibitions. 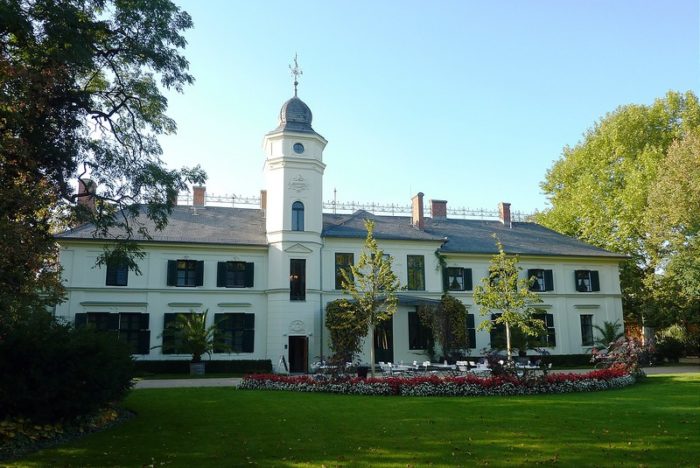 The palace was built in the Dutch style in the 17th century, under Queen Elisabeth Christina it was rebuilt in Baroque style, the ballroom was decorated with luxurious elements. Today, receptions and concerts are held there. In the second half of the 20th century Schönhausen was used as a meeting place for official delegations, today it is open to the public. The palace is located in the Pankow district of Berlin. 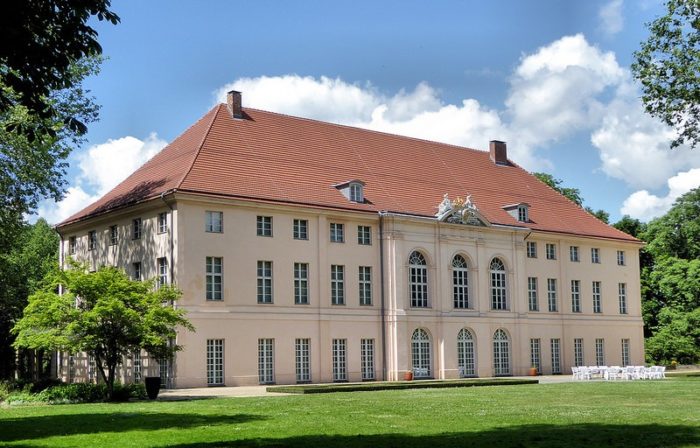 The building was erected in the 19th century in the Italian Renaissance style. It was built as a private villa and for several decades changed several owners. For quite a long time Bisdorf stood in disrepair, and in 1945 it survived the fire. In 1979 the palace was classified as a cultural monument. At the moment the building belongs to the state, under its roof there is an exhibition center. 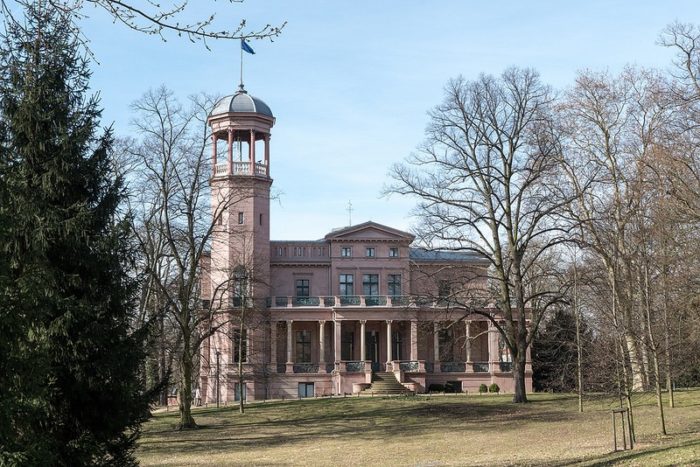 Not really a palace but rather a humble hunting lodge, but nevertheless one of the oldest buildings in Berlin. The Grunewald stands on the lakeside in the district of Dahlem. The building was commissioned by Joachim II Hector, Elector of Brandenburg, and was built in the 16th century in early Renaissance style. Today inside are art exhibitions of German and Dutch painters as well as a collection of hunting exhibits.

The palace is often visited by tour groups. The Pfaueninsel is among the palaces and parks of Potsdam on the UNESCO World Heritage List. It is located on the island of the same name in the south-west of Berlin. The castle was commissioned by Friedrich Wilhelm II and built in the English style. It is believed that the ruler specifically chose such a secluded and romantic place for rendezvous with his mistress. 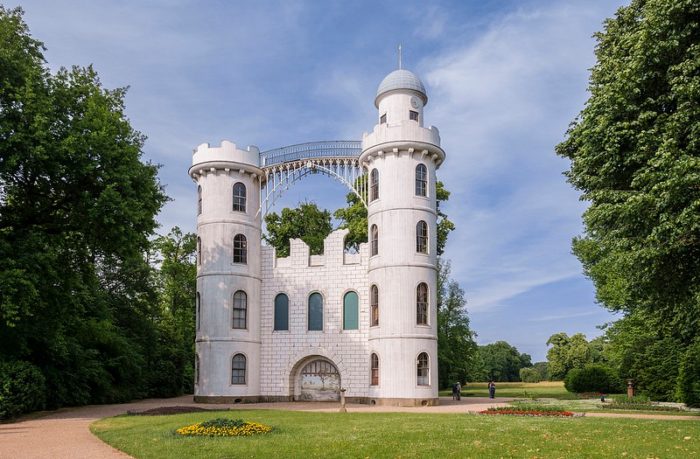 One of the jewels of the Mitte historic district is the magnificent Ephraim Palace, built in the 18th century in German rococo style. It was commissioned by a Prussian Jew who enjoyed special privileges at the court of Friedrich II. The historical building was demolished in 1936 when the need arose and it was rebuilt in the 1980s. Nowadays there are inset spaces under the roof of the palace. 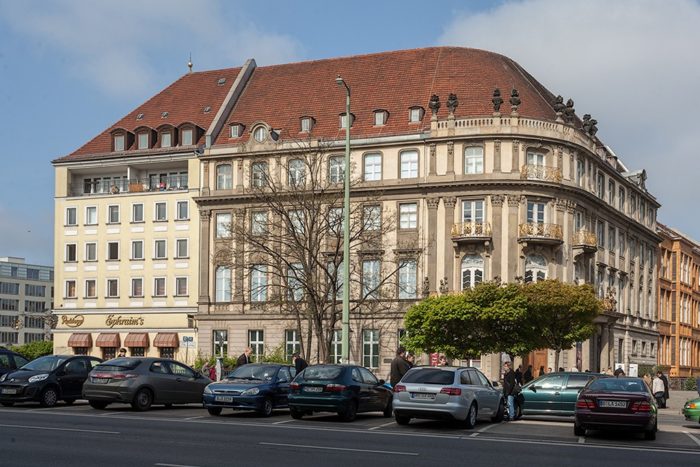 An early 18th century baroque palace designed by architect J. de Baudet. At the end of the 19th century the town authorities bought the building and housed the collections of the Brandenburg Provincial Museum. In 1920 the Mitte district administration moved there. During World War II the Podevils was completely destroyed, but a few years later it was rebuilt.

READ
Praslin, Seychelles: where to go, when to go and what to see 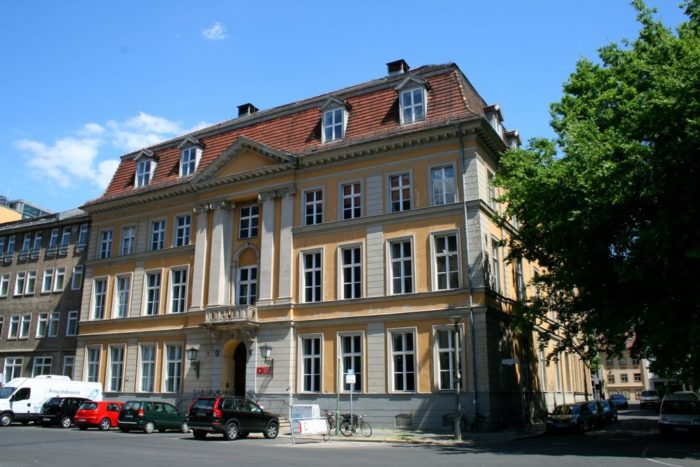 The complex is located in the city district of the same name. It can even be said that it is the main decoration of this part of Berlin. In the middle of the 16th century on this site stood a hunting lodge, which was rebuilt according to the will of Friedrich Wilhelm of Brandenburg. As a result of another reconstruction in the 19th century, the Tegel acquired Classicist features. Today the building houses a museum dedicated to the Humboldt family. 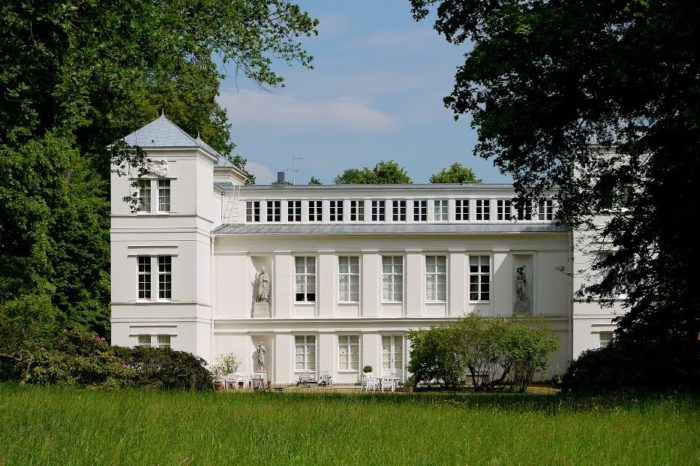 Classical 17th-century building on Unter den Linden Boulevard for the Prussian ruling dynasty. The historic building did not survive World War II, it was completely destroyed during a bombing on March 18, 1945. The complex was rebuilt in the 1960s. Today it is used as a venue for exhibitions and cultural events.