The fauna of Australia is fundamentally different from the nature of other regions of the world. The animal species that can be seen in the country are absolutely unique and are not found on any other continent. A very high percentage of the mammal, amphibian, reptile and bird species in the country are classed as endemic.

The country is located in several climatic zones, so some species of flora are found in the most suitable places with optimal conditions for them.

These are probably the most recognizable animals in Australia. They are the trademark and most popular mammal species found on the continent. Kangaroos, like emus, can’t walk backwards, which is one of the reasons why they are depicted on the Australian coat of arms, symbolizing the nation’s forward movement. This nimble, bouncing animal can be found in almost every corner of the continent, even in city parks. The kangaroo is the largest member of the marsupial family, which means it is a close cousin of the koala. 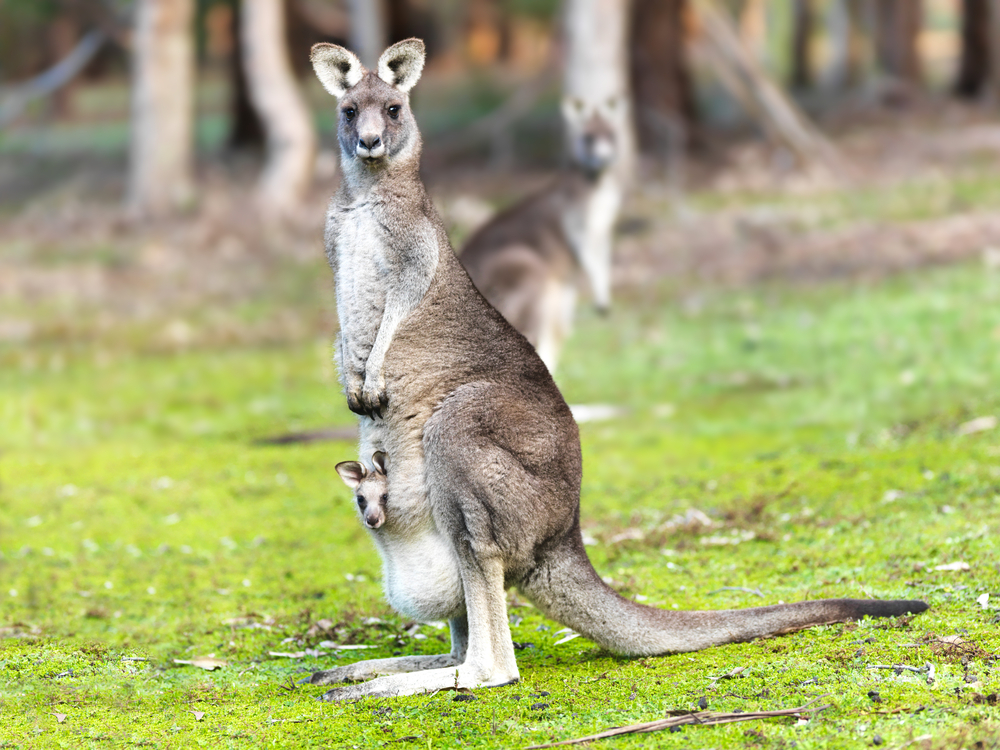 These amazing animals can jump as high as 3 meters . Their long and heavy tail helps them keep their balance while jumping. The males can have an intimidating appearance, some of them reaching 2 meters and weighing up to 90 kilograms. However, their main strength lies not in their size but in their muscle power. The most famous kangaroo species are the Australian giant kangaroo, the red kangaroo (the largest) and the gray kangaroo. They have very well developed hearing, smell, and sight. Interestingly, at birth, a baby kangaroo is only 2 cm long and lives in its mother’s pouch for about 10 months, feeding on milk.

Australians often treat kangaroos as mere pests. Why? These amazing animals are similar to roe deer and wild boar – close encounters with them are the cause of most car accidents here.

READ
The Italian expression "andare a Canossa". What is it? 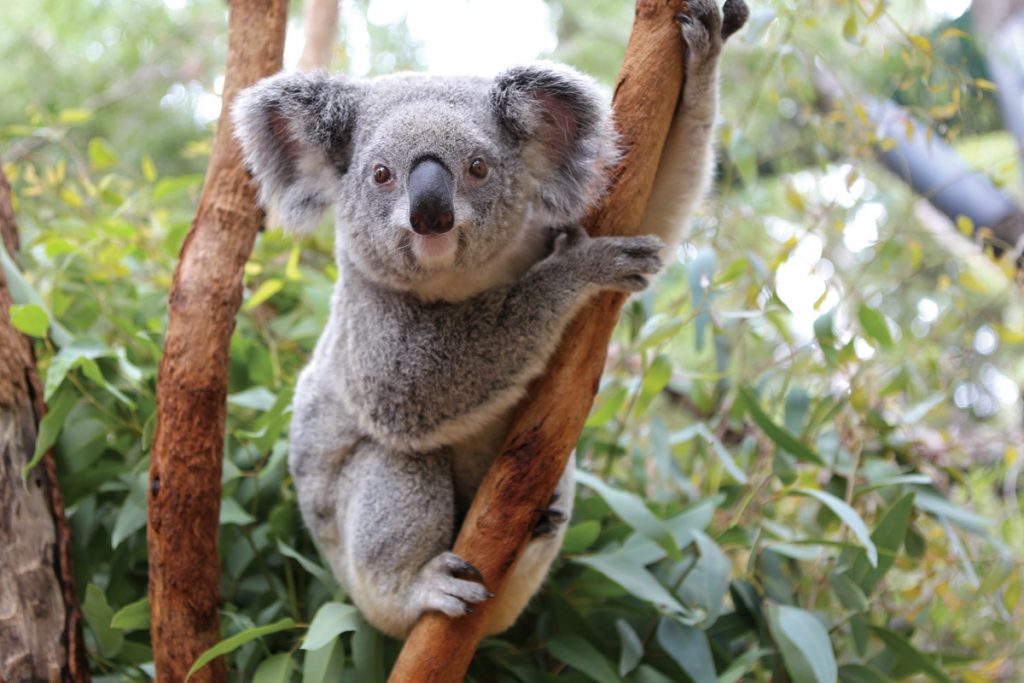 The famous Australian marsupial, cousin of wombats, kangaroos and Tasmanian devils. In Australia they are found mainly on the coast of Queensland. These distinctive gray “bears” spend most of their lives on the highest branches of eucalyptus trees. The Australian koala is a herbivore, and its food includes mostly eucalyptus leaves – each day it eats from 0.5 kg to 1 kg. Interestingly, the individual only comes down to the ground to get to the next tree, and can sleep up to 20 hours a day. 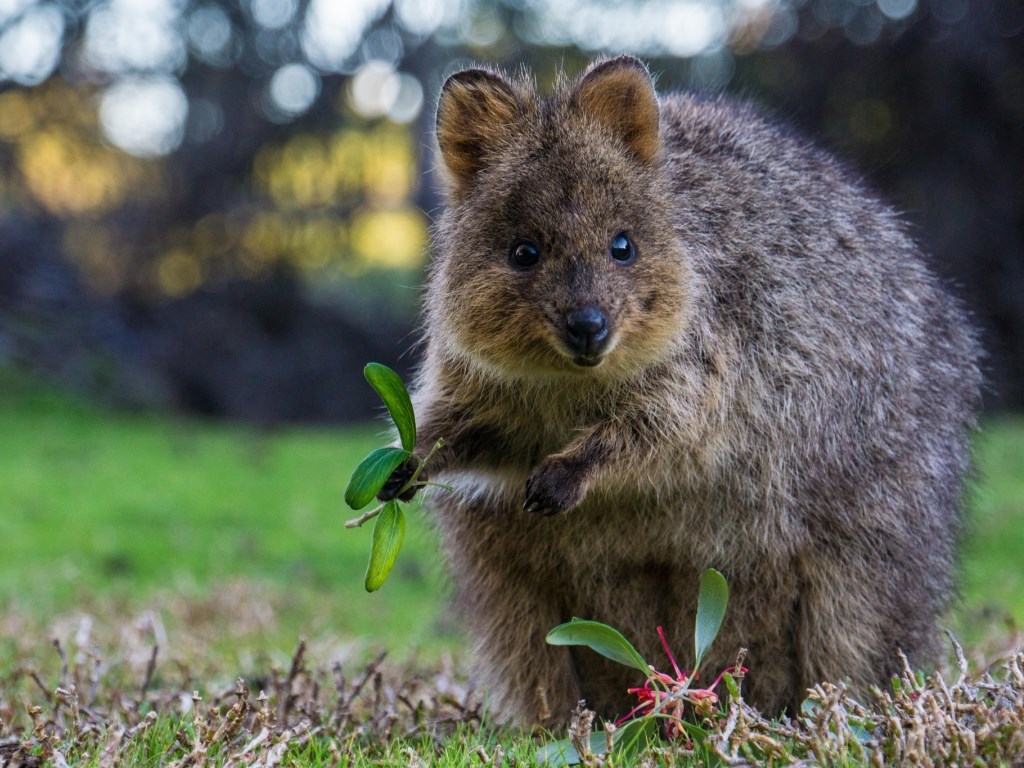 Kuoks (quokkas) are considered the happiest animals in Australia . They are found in the tropical forests of Australia in the southwest. They are of medium size (reach a length of 55 cm, tail about 30 cm) and weigh as much as a small dog (from 2 kg to 4 kg). They are not solitary, spending time in small groups. They have rather long and dense reddish-brown fur. They feed on plants, and can themselves become food for foxes. The short-tailed kuoka is a wild species , and although it looks cute and hugs people, it cannot be domesticated. It is forbidden to touch or feed them in Australia, but tourists still like to take selfies with them. This little mouse-faced kangaroo is one of the reasons to travel Australia. 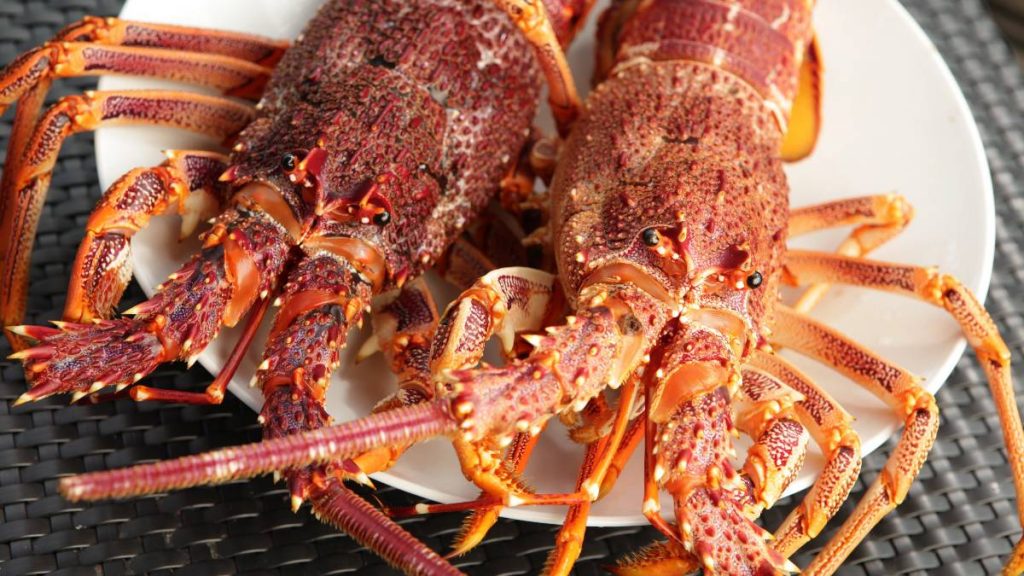 The Australian spiny dogfish is a rather small mammal that resembles a hedgehog. It has a black coloring and is covered with bright spines. It lives in the rocky, forested and desert areas of Australia and New Guinea. The spiny dog is mostly active at night. During the day he takes shelter in burrows, logs and rock crevices that he has dug for himself. He has poor eyesight, but an excellent sense of smell. He feeds on insects and their larvae. To catch them, he uses a long tongue, covered at the end with sticky saliva. Sensing danger, it tends to burrow into the ground at high speed or curl up into a ball, like a hedgehog. 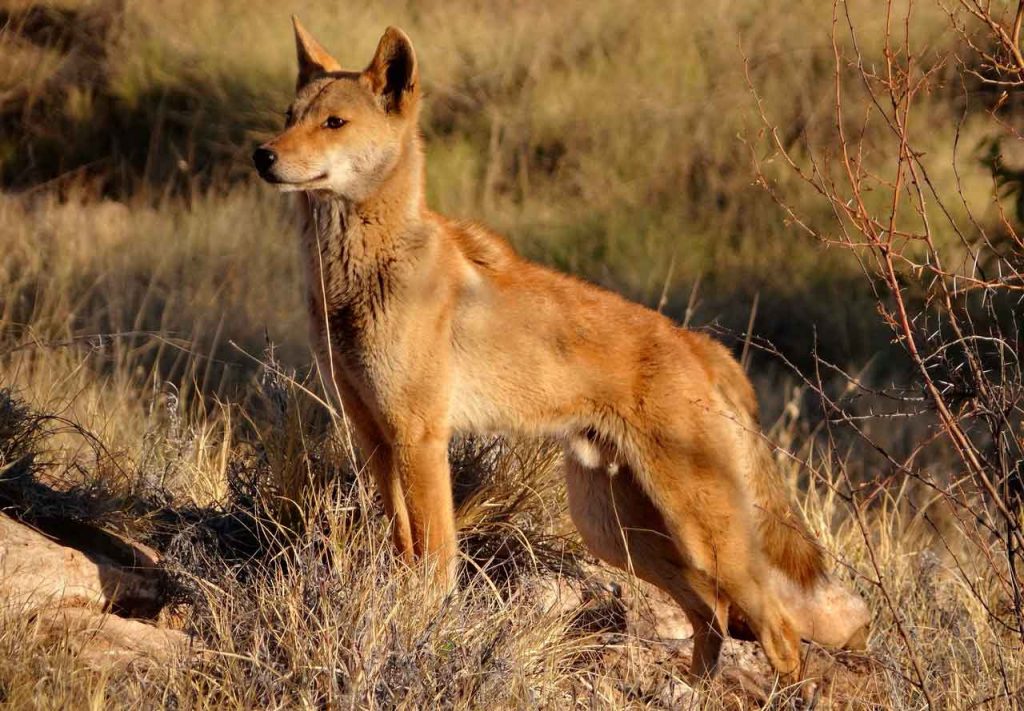 A very interesting animal living in Australia. In appearance, it resembles an ordinary dog that feeds on rodents, rabbits and other small animals. Characterized by a slender build and a fairly wide, short head with a thin muzzle. Dingo weighs up to 20 kilograms and has pointed, pointed ears and a fluffy tail. Although it usually appears sandy orange in most photographs available on the internet, it can actually be black, brown, or even white.