Tanzania is a beautiful African country located along the coast of the Indian Ocean. It includes islands, nature reserves, large lakes with clear water, picturesque plains and high mountains. 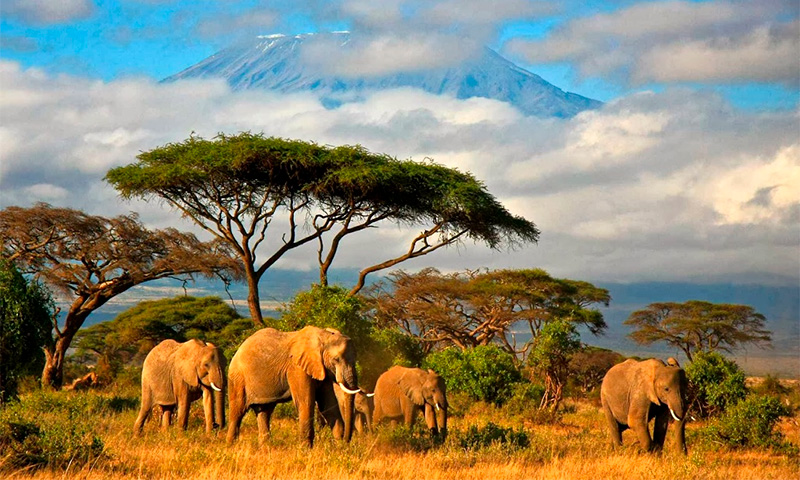 Who comes to Tanzania and why

Tourism is an important part of Tanzania’s economy. Every year it is visited by more than 1 million foreigners. Travelers love the picturesque African cities in Persian, Arabic, European and Indian styles. In the maze of narrow central streets, souvenir shops, coffee shops, and antique stores are open.

History buffs go to the island of Zanzibar to visit the famous Stone City, where the majestic palaces, resembling the heyday of the Omani Empire, ancient houses and mosques have survived.

Some of the locals settle away from civilization and adhere to traditional customs. For a modest fee, the natives offer an introduction to their culture and way of life. Excursions to ethnic Maasai villages, where you can participate in rituals and ceremonies, are very popular.

Tanzania is a quiet country, suitable for families. Swimming in the Indian Ocean, visiting nature reserves, African prairies, tropical jungles are a great experience. In this corner of wildlife you can see rare animals and watch them in their natural habitat.

It is best to plan a trip from July to October. During this time, there are rarely storms in the coastal zone, there is no constant rain and stifling heat. Going on a trip, do not forget to be vaccinated against yellow fever and follow the sanitary rules to make your vacation as pleasant as possible. 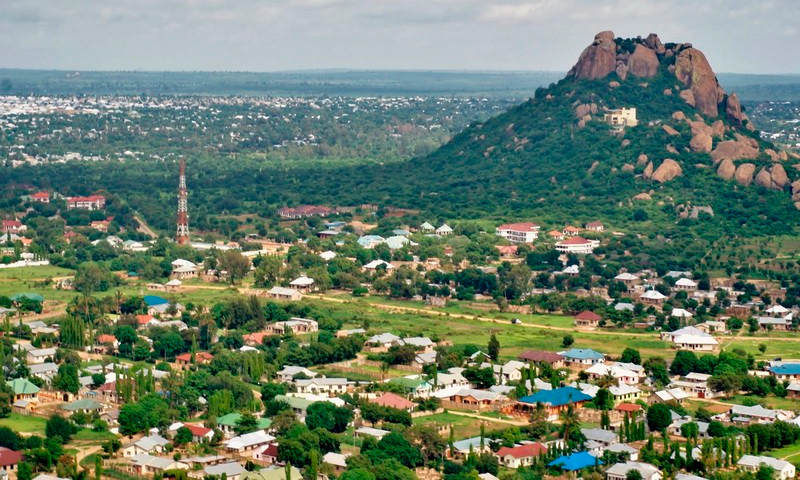 In the central part of the country on an elevated plain is the capital city of Tanzania, Dodoma. The city has a concentration of public authorities, higher educational institutions and museums. Tourists stroll through the central square, visit the sacred temple of the Sikhs, try oriental sweets in small cafes.

Dodoma is surrounded by low-grass savannah. It is home to elephants, hippos, antelopes and ostriches. To explore the fauna and flora, the locals offer tours of the surrounding area. 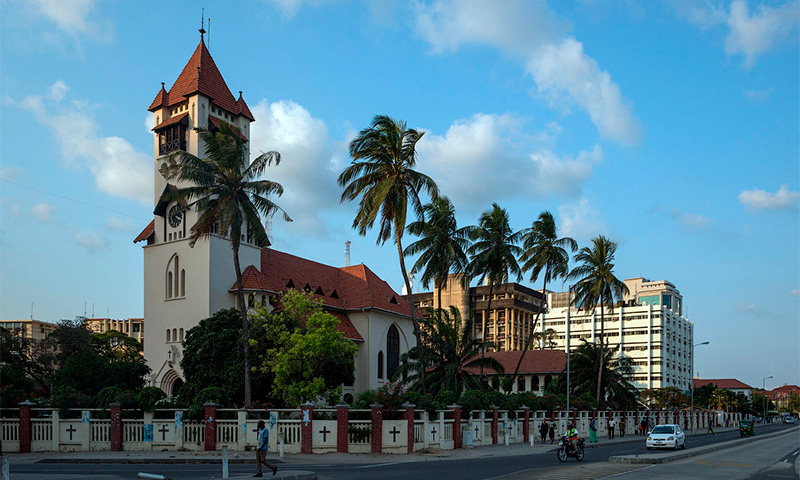 More than 4 million people live in Dar es Salaam, Tanzania’s largest city. Until 1993, it was the capital of the country and remains the cultural and industrial center of East Africa. The main streets are filled with buildings with a strong colonial spirit.

Many houses are decorated with intricate Arabic ornaments, Indian paintings, arches, columns. The city has landscaped beaches where you can swim, surf, and go sport fishing. 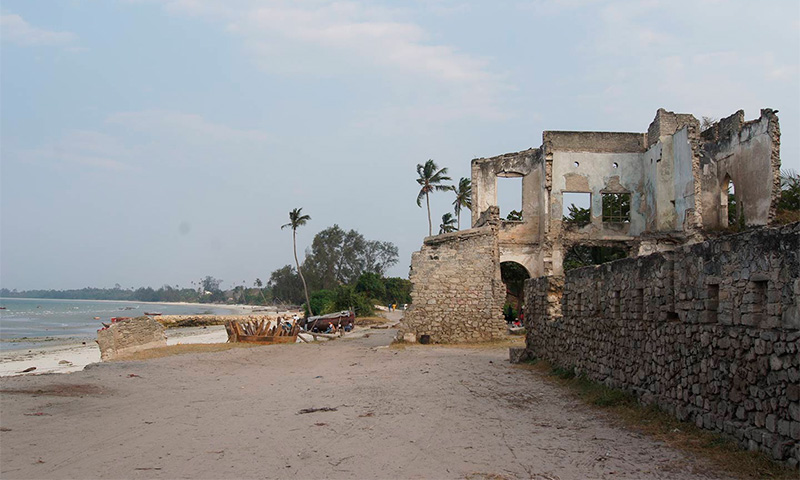 The small town of Bagamoyo on the shores of the Indian Ocean was once the center of the slave and ivory trade. Architectural monuments and slave caravan routes through the town remind of the colonial past. Bagamoyo is a popular tourist destination.

People come to see the last century British fort, the Catholic mission, the Arab teahouse, the Friday mosque, and the Livingstone memorial. 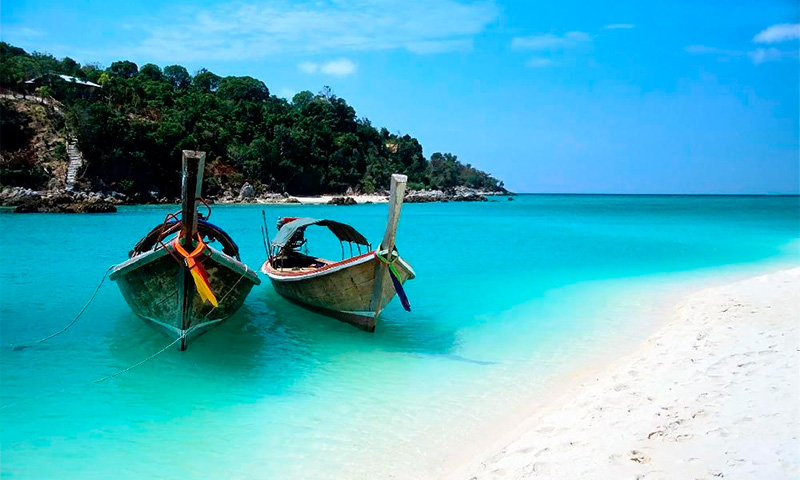 The island of Zanzibar is home to a town of the same name, built with Arab houses made of coral stone and decorated with carved doors, grills, fish and flower patterns. The oldest part of Zanzibar is a UNESCO World Heritage Site and is called Stone City.

It consists of ancient houses, bazaars, mosques. The Beit El Ajaib, the palace of Sultan Seyid Bargash and the 18th century Arab fort are considered the main architectural monuments.

Freddie Mercury, the vocalist of Queen, was born in Zanzibar. 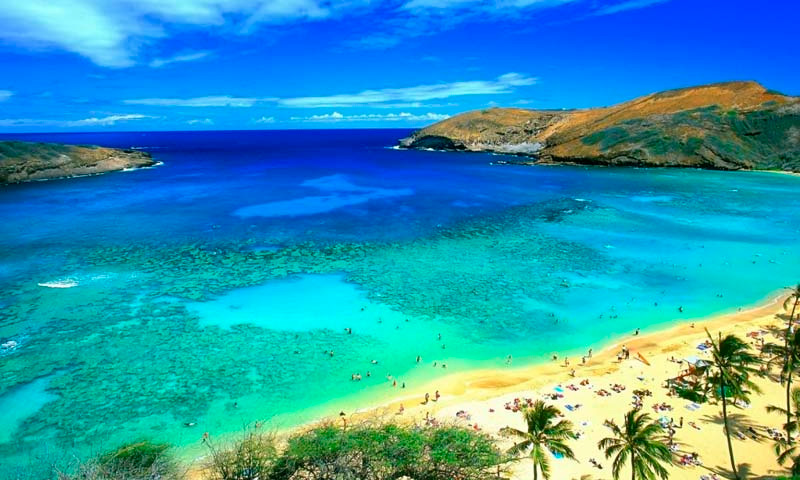 A large coral island near the mainland of Tanzania attracts lovers of outdoor activities. There are few luxury hotels and entertainment, but there are unexplored sites and natural attractions.

The ruins of medieval towers, untouched rain forests, mango groves, sandy beaches, a diverse underwater world of the sea reef, and hospitable villages of the natives await the tourist.

READ
What to see in Arica, the port city of Chile? 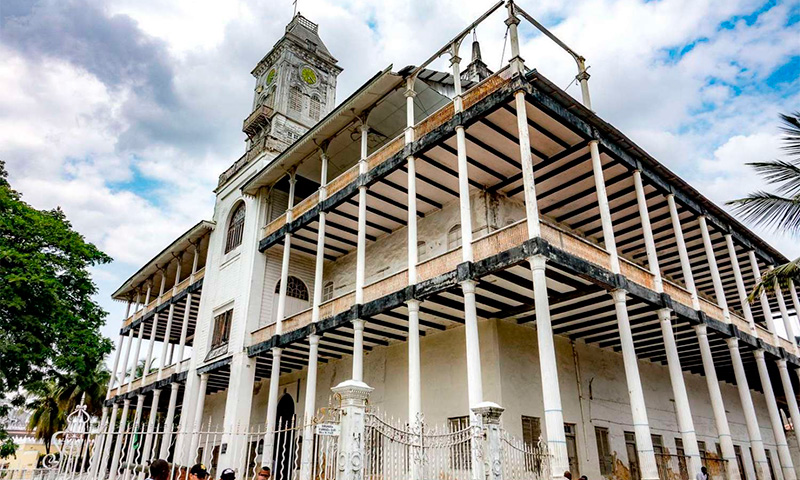 At the center of Zanzibar stands the city’s main architectural ensemble, the Palace of Wonders, better known as Beit El Ajaib. The XIX century building is decorated with columns, verandas, a tall square tower with a spire. Before the formation of an independent state it was the residence of the Sultan, and now there is a museum.

Guests can see the apartments and personal belongings of the rulers of Zanzibar, antique furniture and jewelry. In some of the rooms there are exhibitions of contemporary art. Some rooms are rented to private individuals. 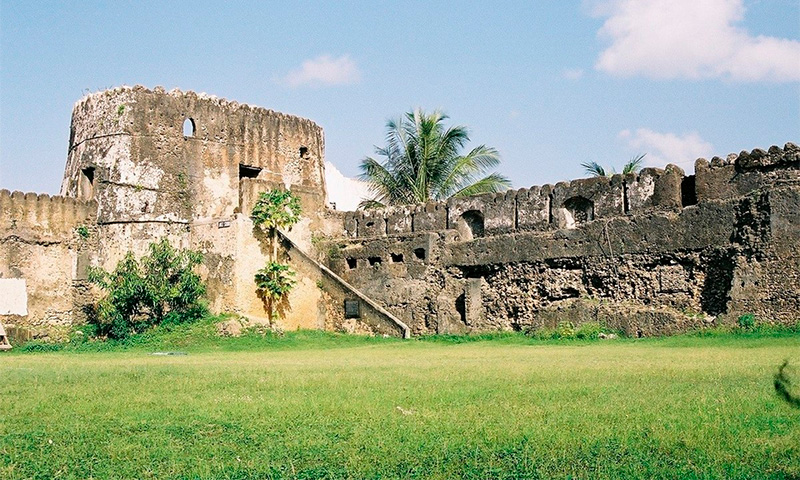 Near the Palace of Wonders stands the fort built by the Arabs in the 18th century to commemorate the expulsion of the Portuguese.

The fort soon passed into English hands and was administered by the British until the middle of the last century. Today the fort is the cultural center of Zanzibar. Exhibitions, dance shows, celebrations, and festivals are regularly held there, with the international ZIFF film festival and the Swahili music festival topping the list. 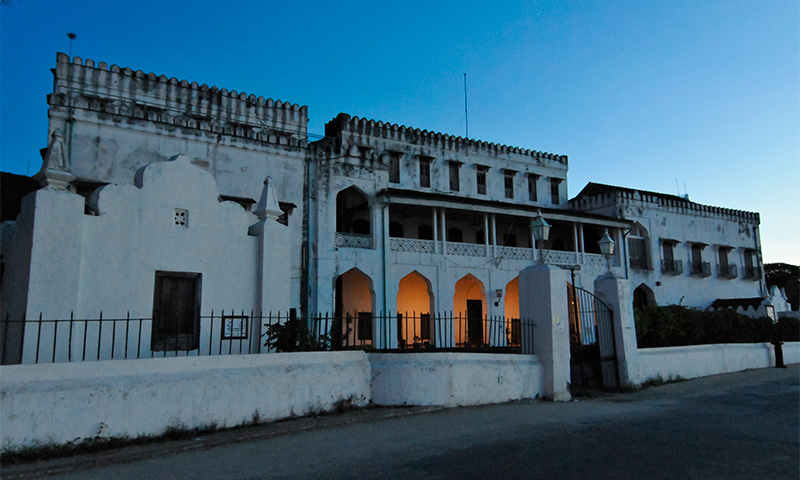 The Sultan’s Palace with its 1000 sq. m. area is easy to find in the center of Dar es Salaam. An architectural monument built in the 19th century in yellow sandstone, it stands out for its austerity and beauty.

The building is surrounded by a high fortress wall. The interior rooms are decorated with intricate Arabic patterns, gilded paintings and columns. The tour shows the throne room, the library, and the personal chambers of Sultan Majid. 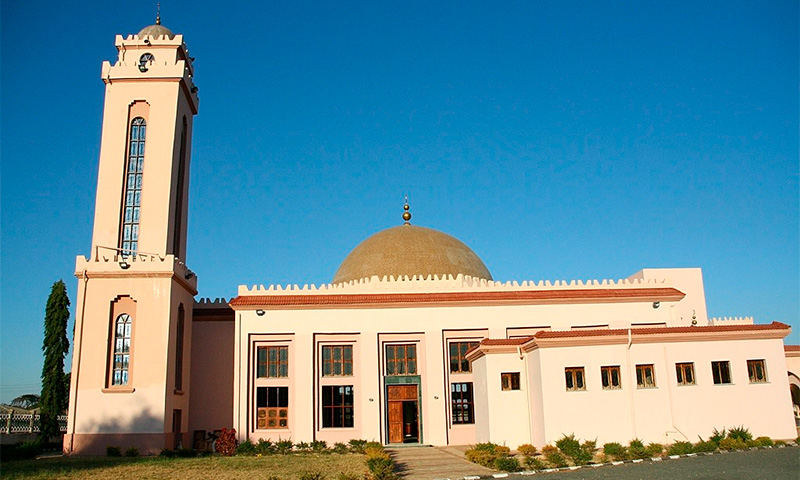 In Dodoma is the second largest mosque on the African continent. It is named after Muammar Gaddafi, the Libyan politician who was killed during the civil war. During his lifetime, Gaddafi allocated $4 million for the construction.

The building in the style of classical Islamic architecture has two domes, one minaret and can accommodate 3,000 people. Nearby is an educational center that teaches computer literacy, theology, and the Arabic language. 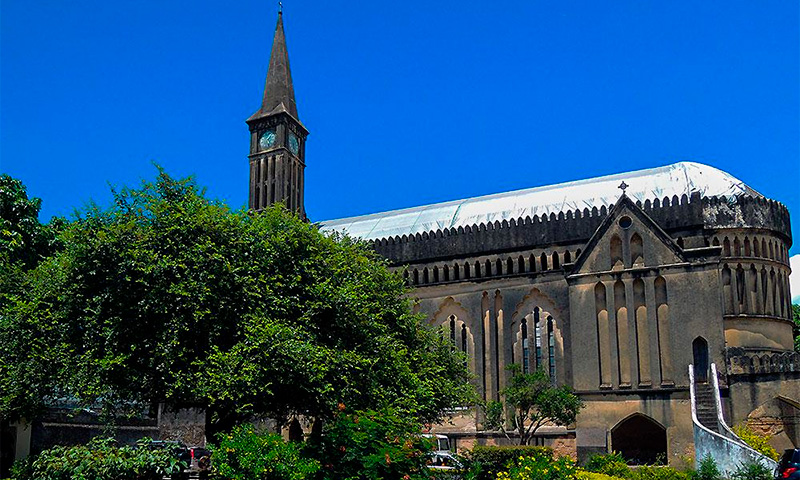 At the end of the 19th century the British built a large cathedral in the typical English style in Zanzibar. It stood out sharply for its broad church house and tall bell tower with a pointed roof. Inside is an ancient wooden crucifix and stained glass windows.

It is now the main cathedral of the Anglican Church of Tanzania. Not only worship services are held here, but also bishops’ meetings and solemn events. 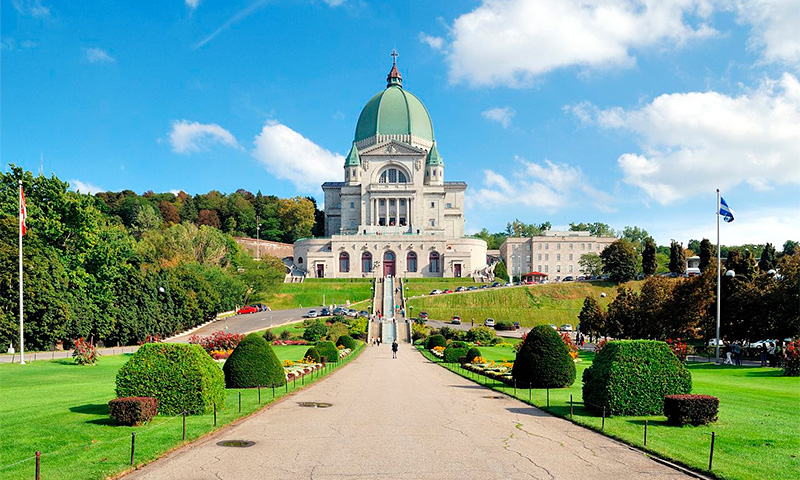 In the harbor of Dar es Salaam in 1902, German missionaries erected a Catholic Gothic church, which has become a decoration of the city. The church attracts tourists with its bright red tiles, narrow arches, and large rose window in the center of the facade.

The interior is decorated with colorful stained glass, frescoes and sculptures. Inside, one can see a beautiful altar, works of art by German artists and listen to organ music. 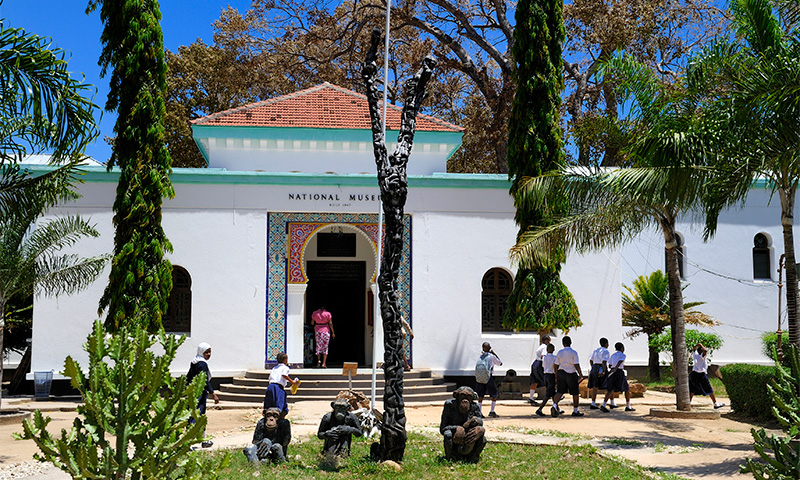 The National Museum of Tanzania opened its doors in Dar es Salaam in 1940 on the initiative of the colony’s governor, Harold McMichael.

Most of the rooms are devoted to the history of East Africa. Tourists can see archeological findings discovered during the excavations of ancient cities, national clothing, musical instruments, tools of local residents. In a separate room is a collection about King George V and British rule. 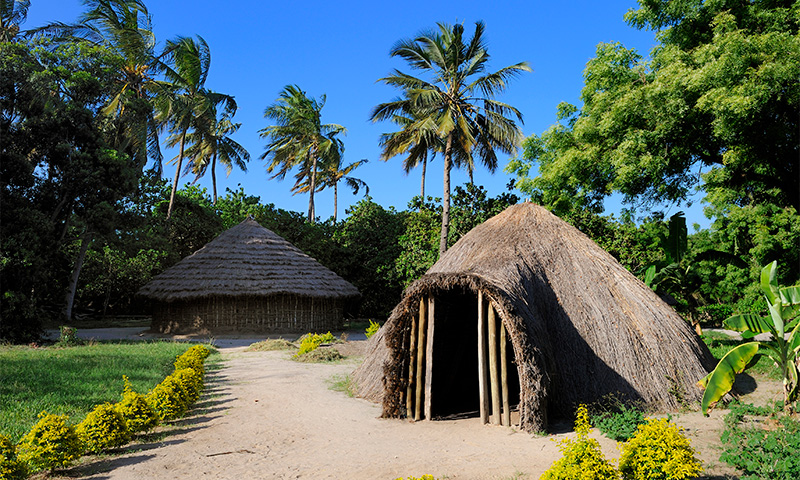 On the outskirts of the capital, traditional African huts made of palm branches and reeds are on display outdoors. The exhibition showcases the dwellings of 16 ethnic groups. Every detail of the huts is carefully worked out.

Inside there are household items that people used in everyday life. The ethnic museum holds daily workshops for basket weaving, carving coconut figurines, and shows tribal dances and ancient rituals. 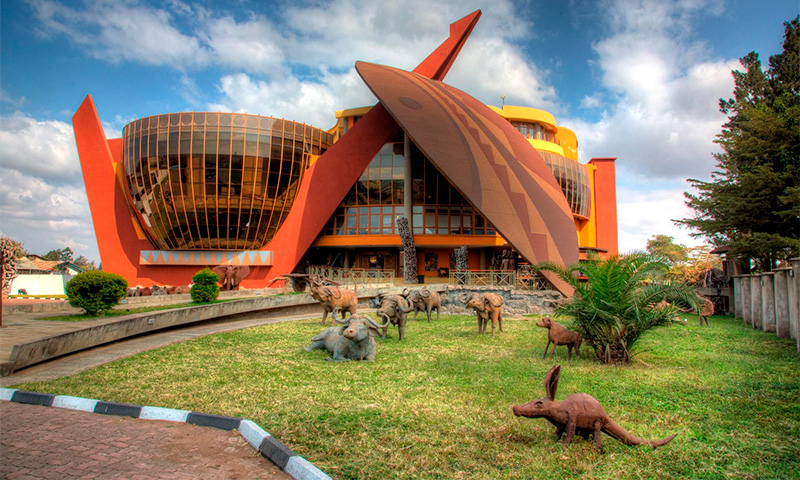 On the first floor of the cultural center you can buy souvenirs, have a coffee in a cafe and try national cuisine in an inexpensive restaurant. 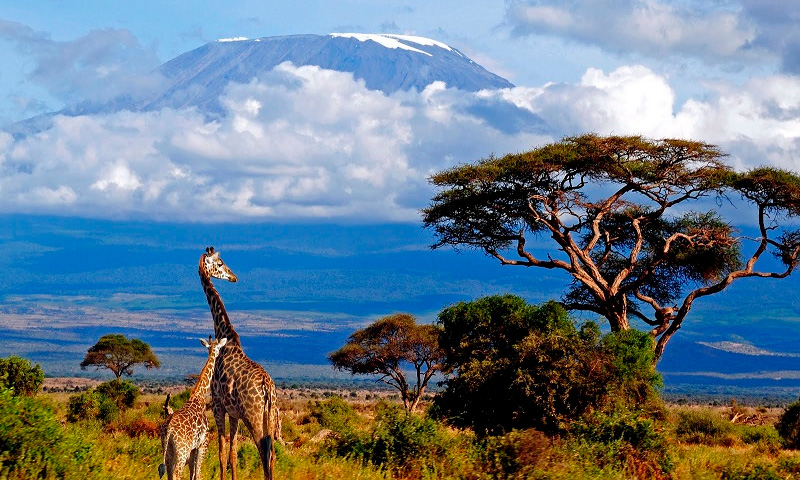 The highest point of the African continent is located in northeastern Tanzania. Stratovolcano is conical in shape and consists of three peaks covered with snow caps. Climbers with good physical training come to conquer Kilimanjaro. The Tanzanian National Parks Authority has developed routes of varying difficulty levels.

A journey with an instructor takes 5-8 days and includes acclimatization, accommodation in tents, and meals. The routes pass through all climatic zones and end up in the arctic desert at an altitude of 5895 m above sea level. 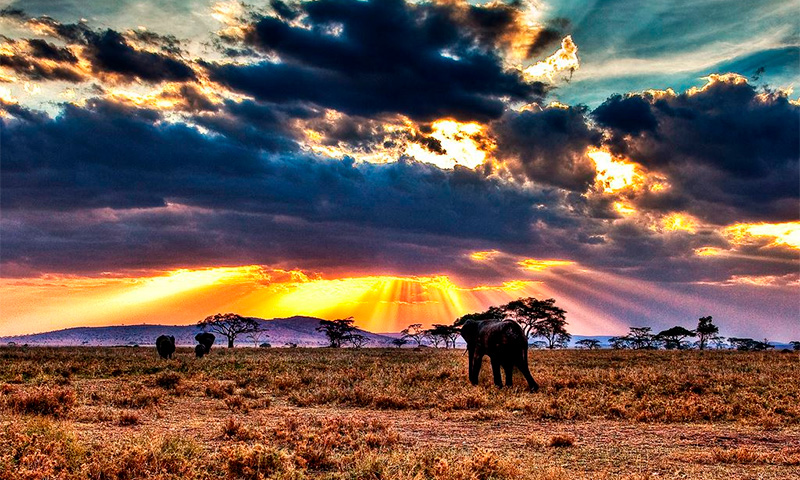 Grassy plains, savannas, and tropical forests have been preserved here. Animals regularly migrate through the national park: antelopes, zebras, and giraffes move from one part of the country to another twice a year, escaping from drought or heavy rains.

The excursion provides an opportunity to study the habits of wild animals, watch birds, and take beautiful photographs. A site of ancient man was found in the savannah. While excavations are underway, this part of the reserve is closed to the public.

At the edge of the Serengeti there is the Ngorongoro crater, 21 km in diameter and a total area of 265 km². At its bottom, a special microclimate has developed that encourages the growth of evergreen forests and tall, succulent grasses. At the center of the crater is Lake Magadi, where pink flamingos live.

Ngorongoro is also home to leopards, lions, black rhinos, hippos, elephants, wildebeest and gazelles. The natural site is recognized as a biosphere reserve and is protected by UNESCO as a World Heritage Site. 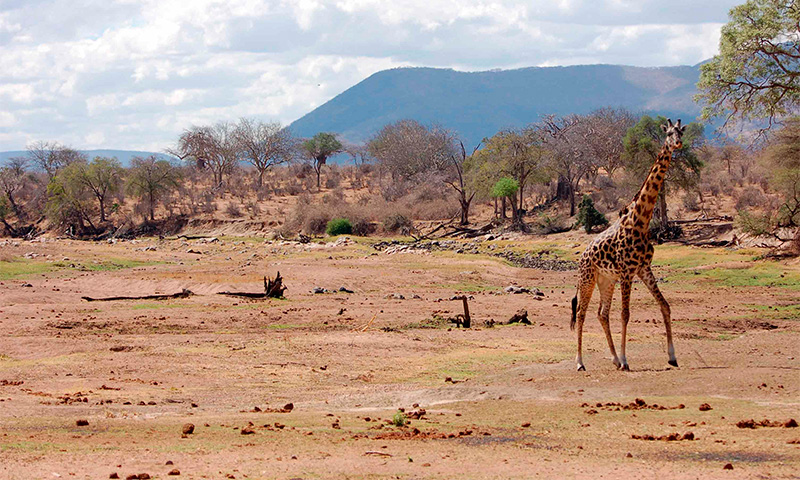 Along the Ruaha River in central Tanzania lies Ruaha National Park covering 10,300 km². Among the endless savannah 80 species of animals, 500 species of birds and 38 species of fish live comfortably.

Through the narrow beds of the drying rivers that flow into the Ruhau pass the natural migration routes of the giant gazelle, wildebeest and giraffe. The park was created to preserve wildlife as well as to observe elephants, lions, African warthogs, and buffalo. 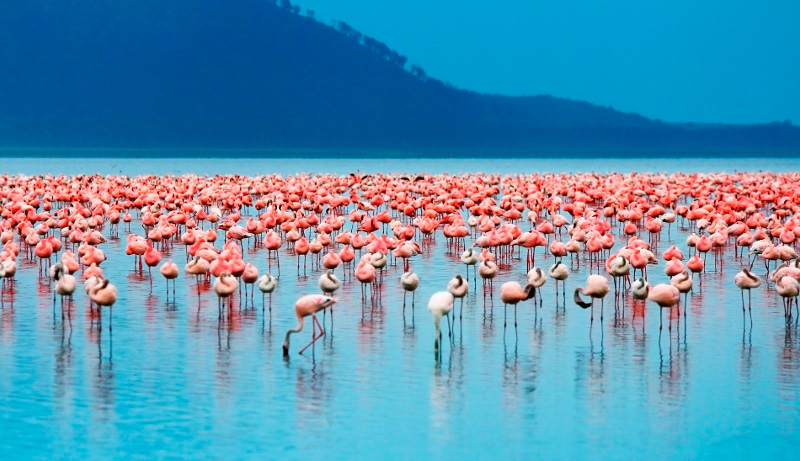 In northern Tanzania in Arusha is Lake Manyara, formed 2 million years ago at the base of a rift valley.

Its water, saturated with phosphate and salt, is considered healing. Nearby there are hot springs. The lake, surrounded by thickets of rubber thistle, is part of Lake Manyara National Park. It is home to storks, herons, flamingos, and large populations of rhinos, antelopes, and elephants. 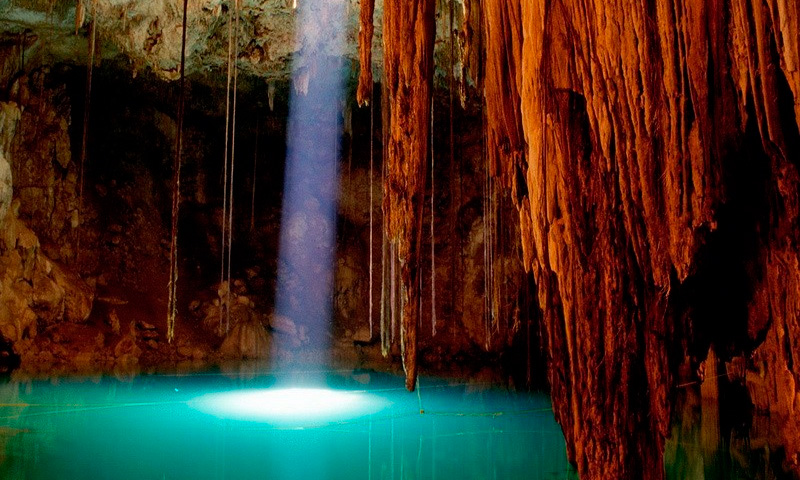 In Zanzibar, not far from the Stone City, there is a monument reminiscent of the tragic past of the African people. These are two grottoes on Mangapwani Beach, used by slave traders. Slaves were kept in the dark, damp rooms before being placed on ships and sent to the slave markets of the Middle East, India and Europe.

The pit dug in the cave to hold people, ventilation holes, columns and ceilings that reinforced the ceiling have survived to this day. The tour tells about the lives of slaves and the history of the slave trade. 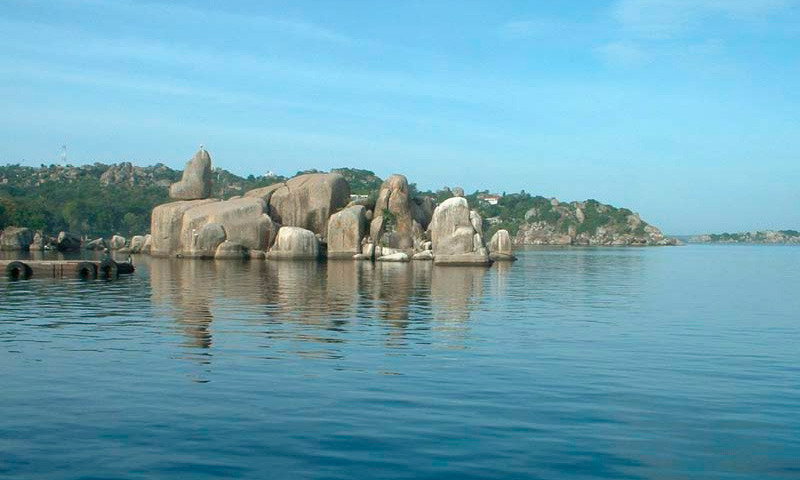 Lake Victoria, discovered by Europeans in 1858, is the second largest freshwater body in the world. Its maximum depth is 80 meters. The shores are surrounded by savannahs and evergreen equatorial forests. The water is home to crocodiles, Nile perch, and protopter, a rare amphibian fish that can breathe with its gills and lungs.

There are many nature reserves and national parks around Lake Victoria. The green area is home to the tsetse fly, predatory animals, park rats, snakes, and butterflies. Travel agencies offer boat tours, sport fishing, safaris in the surrounding area.