The people of America call Washington state the Evergreen state. We drove there when we traveled across the U.S. on our round-the-world trip, One World, to see the natural wonders of the northernmost states and to figure out what makes this area unique. So let’s begin our introduction to the vast Olympic national park, which boasts an incredible variety of landscapes – mountains, rivers, waterfalls, high promontories, the ocean coast, endless forests – all can be seen when you drive to the park, away from the bustle of the city.

Olympic National Park in the USA

Located in the northwesternmost territory of the States, Olympic National Park is a specially protected area containing a wealth of wildlife.

These three distinct ecosystems are under special natural protection and can give you an idea of the natural diversity within one park.

Because of its unique location and natural diversity, Olympic Park became an International Biosphere Reserve in 1976 and was designated a UNESCO World Heritage Site in 1981.

There are Indian reservations within the park, which are not subject to U.S. laws, as the Indians are Native Americans and live autonomously by their own laws.

Information about the park

Olympic National Park in the United States is open to visitors throughout the year. Only some campsites may be closed during holidays or out of season, and you should check in advance about their work on the official website of the park.

READ
Rest that can cause damage: top 10 most dangerous places for tourists

Basic information about the Olympic National Park in the table:

How to get to Olympic National Park

In the evergreen state of Washington, you have to take Route 101 to Olympic National Park if you’re coming from Oregon, that is, from the South Pacific Coast of the United States, as we were (we drove from Cape Meares). And if you’re moving there from Seattle, that is, from the east, then, oddly enough, the same route, 101. The trail winds around the Olympic Peninsula, most of which is a national park.

Recommendation: We choose the best-priced car for a trip around the U.S. at Rentalcars.com →

Olympic National Park on a map

How long will it take to visit Olympic Park

It is better to spend a couple of days or even more to see all the sights of the Olympic Park. After all, the park covers an area of 373.5 hectares, and the distances between tourist sites are not small. Neither is Washington State, which this park represents in all its glory.

What to see in Olympique – the main attractions

You can either come to Olympic Park from east of Seattle or from the south on the road from Aberdeen. It was from the south that we drove, so we tell you about the sights in the order in which they appear to the tourist exploring the park from the southern road. If that’s not your case, the list needs to be reversed. The main sights to see in Olympic National Park are:

Tunnel into the fairy tale. A walk through the rain forest.

Our review of our visit to Olympic Park

Olympic is a huge park, and we loved it! We spent two days here, and honestly think it’s not enough and there’s more to see. Would love to go back! But we are moving on! After seeing all the beauty of Olympic National Park, we continued our road trip across the U.S. and Washington State and headed to the foot of the unusually beautiful Mount Rainier for a morning hike to its summit and one of the trails.

A forest trail through the rain forest in evergreen Washington State

We explored all three ecosystems in the park – the rain forest, the Pacific coastal strip, and the subalpine mountain forests and wildflower meadows.

Here’s what we saw with our own eyes in Olympic Park :

If you are traveling in the U.S. by car and are planning to visit the evergreen Washington State, you can’t miss the unique natural ecosystems in Olympic National Park. A visit to the park will not leave you indifferent, and walking through the rain forest, wild Pacific coast of the USA and trekking in the mountains will give you a lot of positive emotions and leave a lot of impressions! 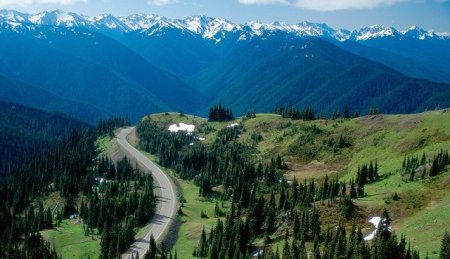 Olympic National Park is located on the Olympic Peninsula in northwestern Washington, USA. The park was established in 1938. It became an international biosphere reserve in 1976 and was added to the World Heritage List in 1981.

In the center of the protected area rise the mountains called the Olympic. In some places, this mountain range reaches about 2,400 meters in height. It divides the national park into two parts: eastern and western.

Olympic National Park and its topography, climate and rivers

The Olympic Ridge has a decisive role in shaping the local climate. Its presence explains the difference in climatic conditions in the eastern and western parts of the park.

In the east, the prevailing climate is dry climateThe western part has the highest precipitation in the country and a tropical rainforest. In the eastern part there are coniferous forests, but they are dry and sparse. The protected area lacks mossy carpet and wildlife, but such areas are great for animal watching.

There are many large spawning rivers in Olympic Park that are home to salmon. The most significant of these is the Hoh Riverafter which is named a unique forest. It is carefully protected and represents a kind of “reserve in the reserve”. The rivers, located in the reserve lands, are mainly used for rafting. Tourists often come to the national park to enjoy the view of Sol Duke Falls .

On the beaches of Olympic National Park you can see curious geological formations called turbidites. These are layers of sedimentary rock that have formed on the coast and have been compressed by their own gravity and time. Gravity causes them to slide into the ocean, forming rocky ridges in the process. 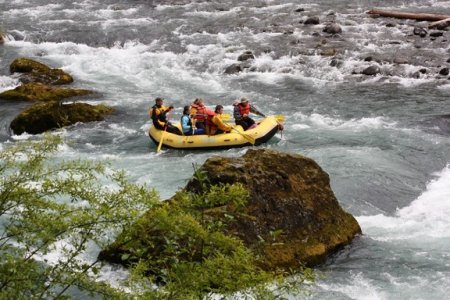 Olympic National Park and its flora and fauna

Olympic National Park is known around the world for its diversity of species. For a long time, the peninsula has been isolated from the vast mainland areas, resulting in unique fauna and flora on the protected lands.

Nowadays, 8 endemic plant species and 15 endemic animal species can still be found here. In addition, the park is distinguished by the diversity of plant communities in a relatively small area. Thus, the total area of the Olympic Park is 3,735 km². 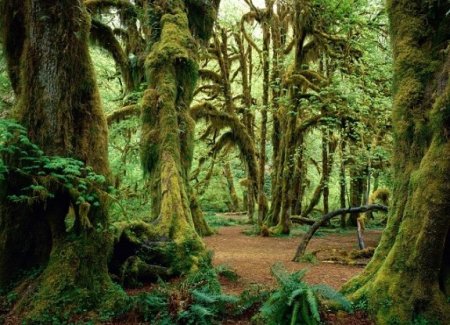 The national park has alpine meadows, untouched forests, lakes, and more than 60 glaciers. There is a section of the Pacific coast, as well as wildlife habitats. You’ll find Indian reservations (three) and beaches along the coastal portion of Olympic Park. 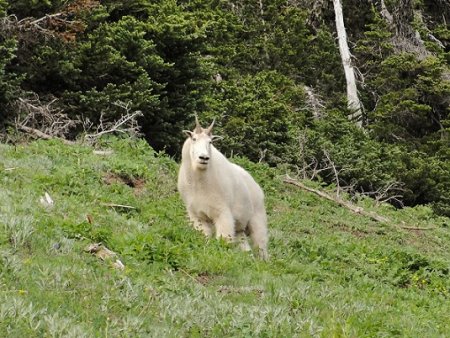