16 places near Almaty that everyone should visit 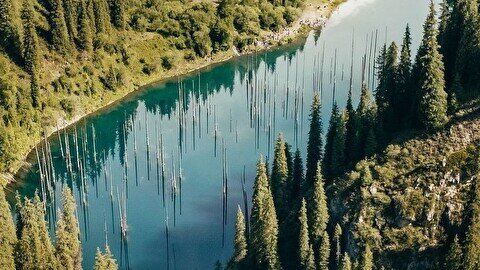 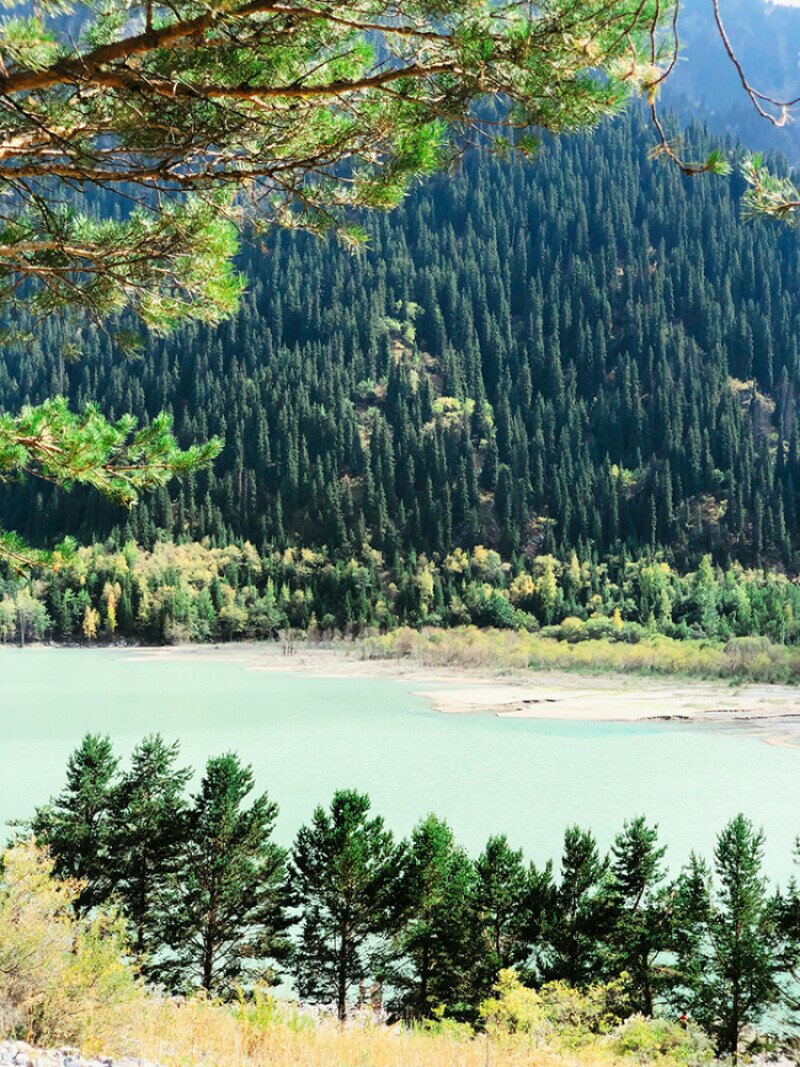 Issyk (another name of the lake is Esik, which means “door” in Kazakh) is a picturesque, high-mountain lake, surrounded by an unusually beautiful nature of thick forests and wide fields of flowers. The lake is located at the height of 1760 meters above the sea level, in Issyk Gorge in Zailiisky Alatau, about 70 km to the East from Almaty.

Here you can also visit the Issyk burial mound of the IV-V centuries B.C. and the place where the Sak warrior dressed in armor and gold clothes, who later became a symbol of Kazakhstan, was found. 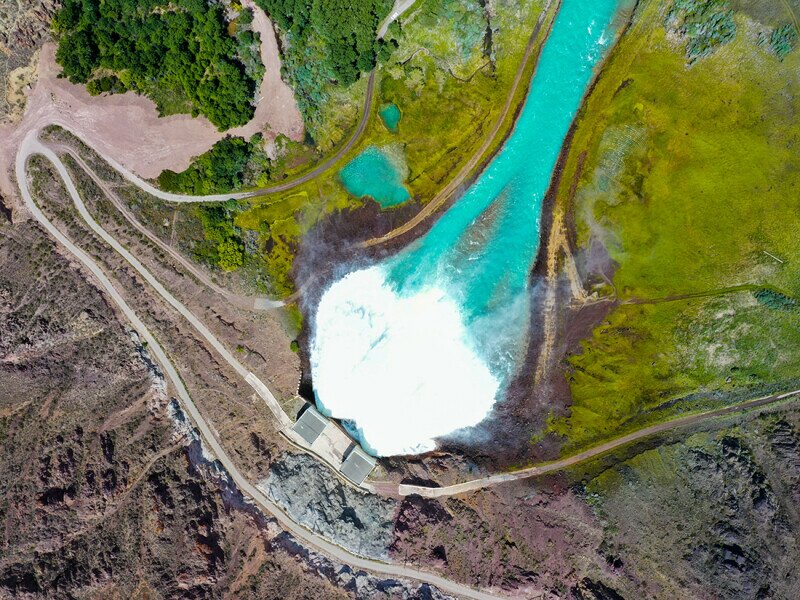 The amazingly beautiful Bartogay reservoir is located 186 km from the city of Almaty in the area of the same name in the floodplain of the river Chilik between the mountains of Toraygyr and Sogretty, dammed by a 60-meter-high rock-fill dam 330 meters long with a complex of culverts.

Fishermen can fish, and picnic lovers can rest in the shade of the trees in a small grove with tables and benches for this purpose. 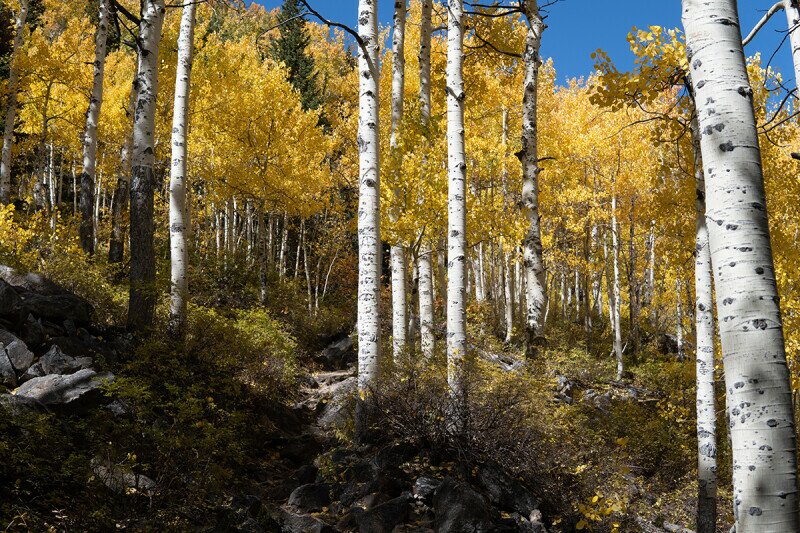 This place of extraordinary beauty is located in the zone of Ile-Alatau nature park, not far from the sanatorium Ak-Kaiyn. After passing the sanatorium, you will find yourself in a birch grove. If you turn left, you will see a beautiful meadow and apple orchards. 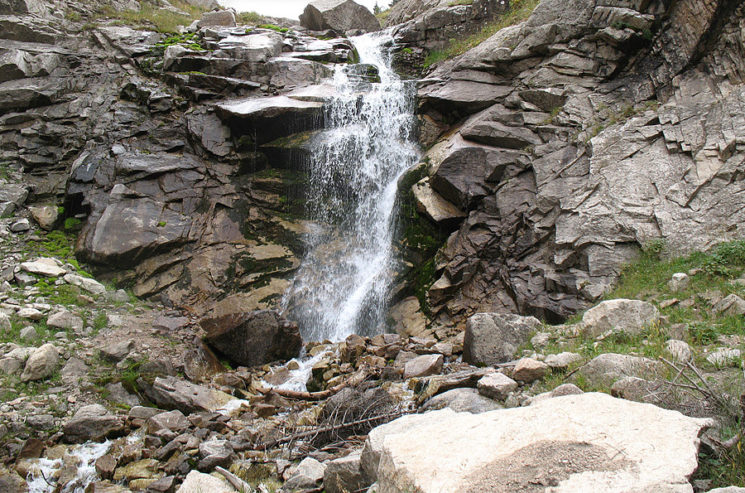 On the way to BAO you should turn to the path behind the hotel “Alpine Rose” and in 30 minutes you will reach Shukur Gorge.

It is not so popular with tourists, so the nature here is in its most pristine form, there are almost no people. You will see a magnificent panoramic view of the mountains, the glade and the waterfall. You can have a one-day picnic here.

Unexplored deserted area fascinates with amazing constructions from deposits of clay – “The Valley of Castles”, “Witches”, “Zendan”. Toward evening, the walls of the canyon become red and begin to shimmer with amazing colors. Near the canyon flows the river Charyn, which originates from the foothills of the Zailiisky Alatau, near which you can stop for a picnic and refresh yourself. In addition to the surrounding poplar, tamarisk, and reed trees, there is also a famous ash grove. 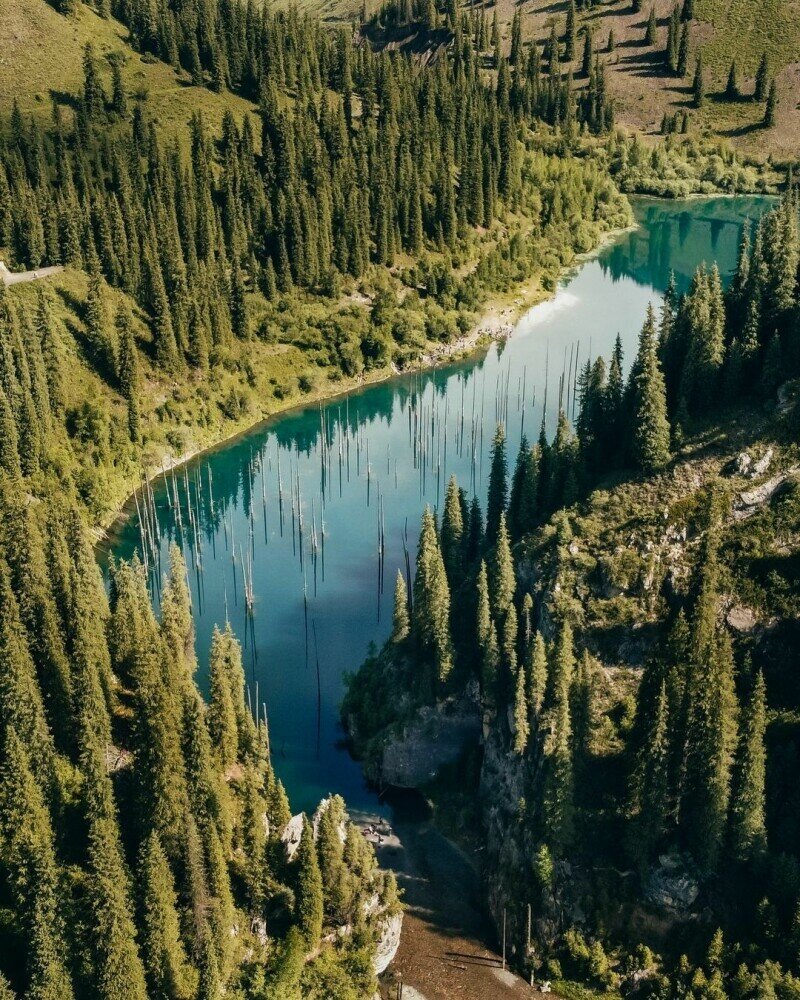 Kaiyndy is considered one of the most inaccessible places because of its location in the thick of the forest and the lack of a road. The birch forest that once stood there is now flooded and trees grow right in the middle of the lake, making the lake so attractive to tourists. The color of the water often changes because of minerals and lime. If you get closer to the water, it is crystal clear and you can see preserved tree branches under the water and trout that were launched here in 1930.

The largest of the known singing dunes is three kilometers long and 150 meters high. It is unique not only for its ability to “sing”, but also for its location among the stone mountains. One can hear the singing by rolling down from the top of the barkhan in the dry weather. The humming is similar to the music of an organ and is caused by the friction between the grains of sand, which electrifies them and causes vibration. 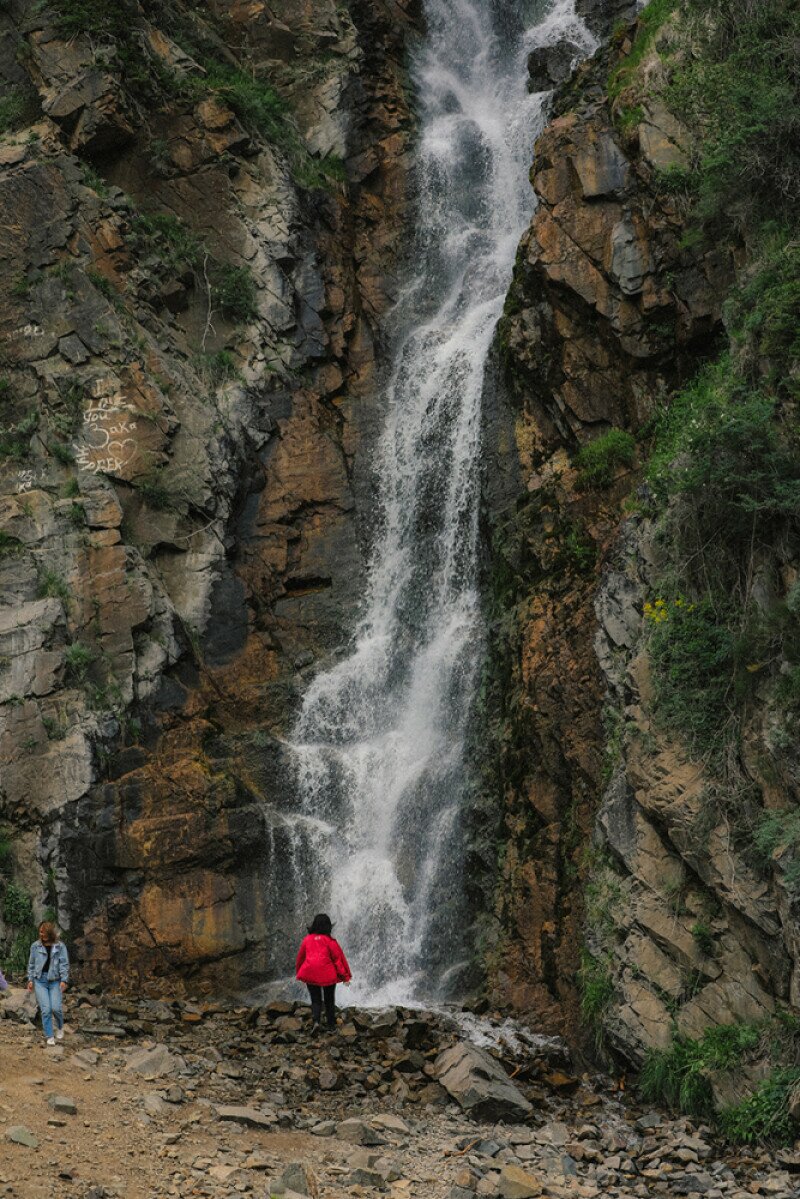 Turgen Gorge is quite a popular place among residents of Almaty. It is easy to get to it, and most importantly, there are many different attractions. For example, an ostrich farm, Bear Falls, an open-air museum, a trout farm and more. 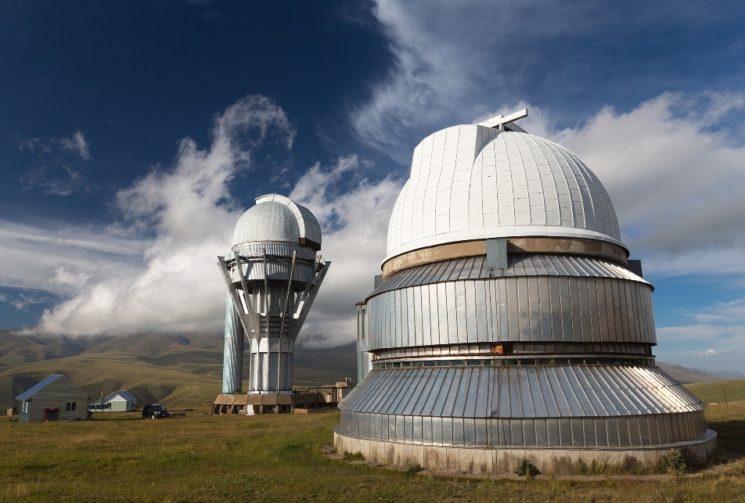 High-mountainous plateau Assy also called Assy-Turgen. This plateau is situated on the height of almost 3000 m above the sea level. This place is incredibly beautiful, especially in summer time. Astrophysics observatory is built on the top of the plateau, which is one of the largest telescopes in the world. 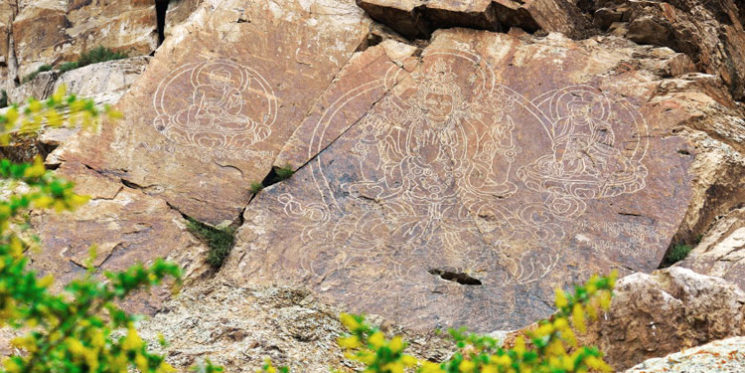 There are a lot of petroglyphs, pictures of mysterious deities, late Buddhist inscriptions on the rocks here. Besides the Buddhist paintings there is a stone with old Turkic runic writings of VIII-IX centuries.

There are several theories about the origin of the rock inscriptions. According to one of the versions, during an earthquake a large piece of rock broke off and fell to the ground, one of the Buddhist missions, which stopped on the bank of the Ili River, took it as a sign. They painted three images of Buddha Shakyamuni Buddha, Buddha of Limitless Light Amitabha and bodhisattva of Infinite Compassion Avalokiteshvara on the chipped rock. 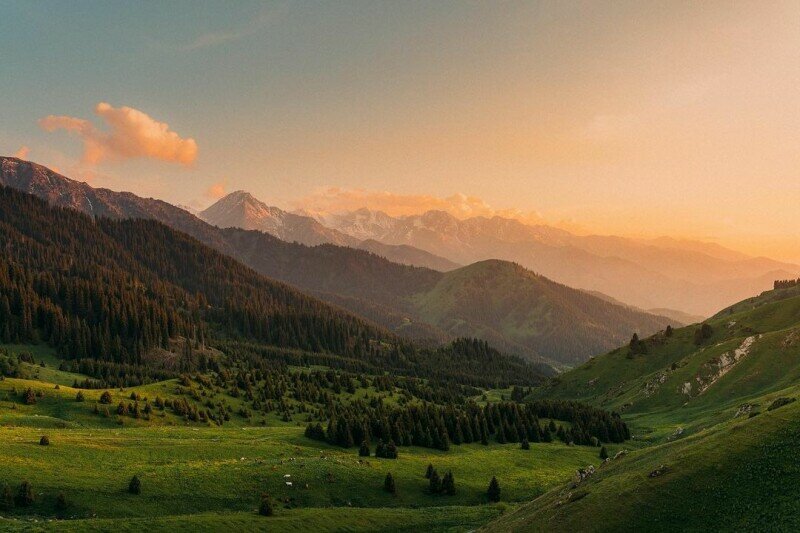 Kok-Zhailau is a tract on the territory of Ile-Alatau National Park. Kok-Zhailau will appeal to lovers of hiking. The level of complexity of the ascent is medium. For a hike in the mountains you need to arm yourself with alpenstock. If you go a little further, you can climb to the top called “Three Brothers” or “Kumbel” peak. 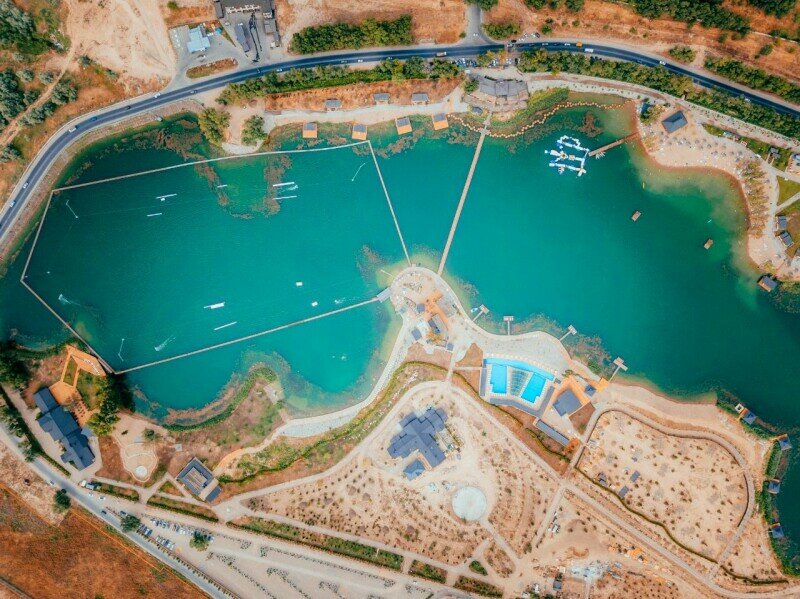 May Day Ponds is a picturesque place, combining in itself lakes, ponds, sandy beach and glade for walking. Here you can swim in the lake, fish, do some wakeboarding, and walk around the local area. 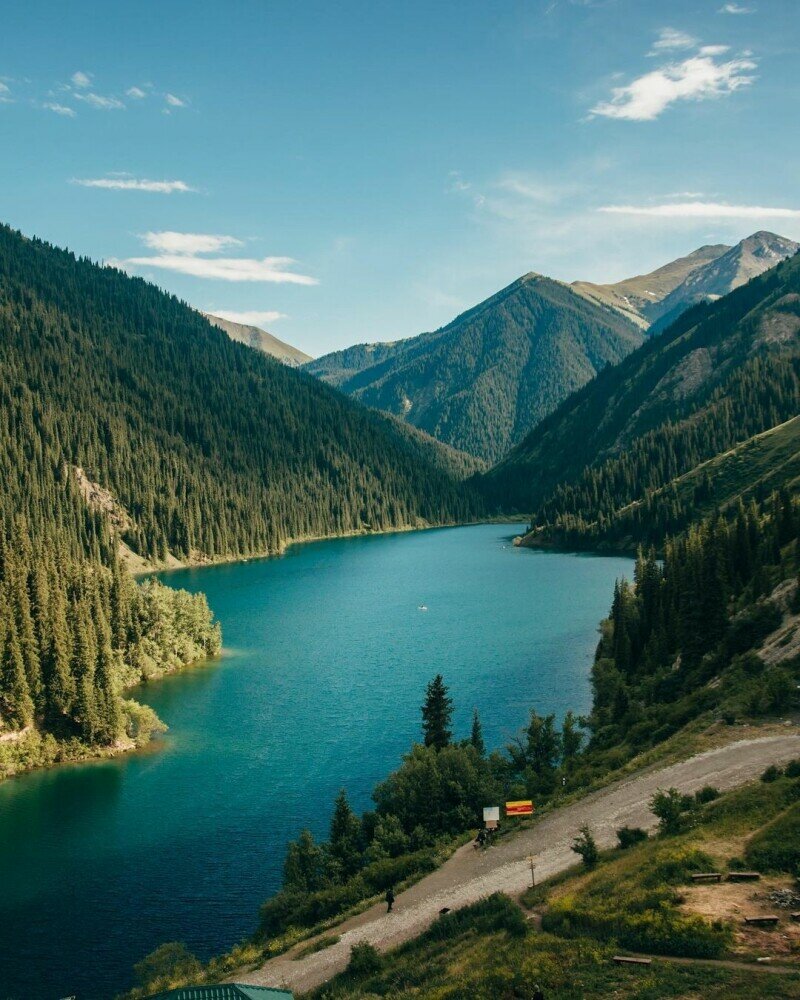 Kolsai Lakes are located on the northern slopes of the Tien Shan. Very often they are called the “pearl of the Tien Shan”. There are three lakes in total in this location – Lower, Middle and Upper Kolsai. Lower Kolsay is notable for its impressive length and is not far from the parking lot. The middle lake is considered the largest, and the third lake lurks away from tourist routes and is near the border with Kyrgyzstan.

The location is adapted for hiking – here you can stay overnight at the Kolsay Lakes Village eco-hotel and hike to the Middle Kolsay in the morning, walk along the wooden bridges along the Lower Lake and have a photo shoot. 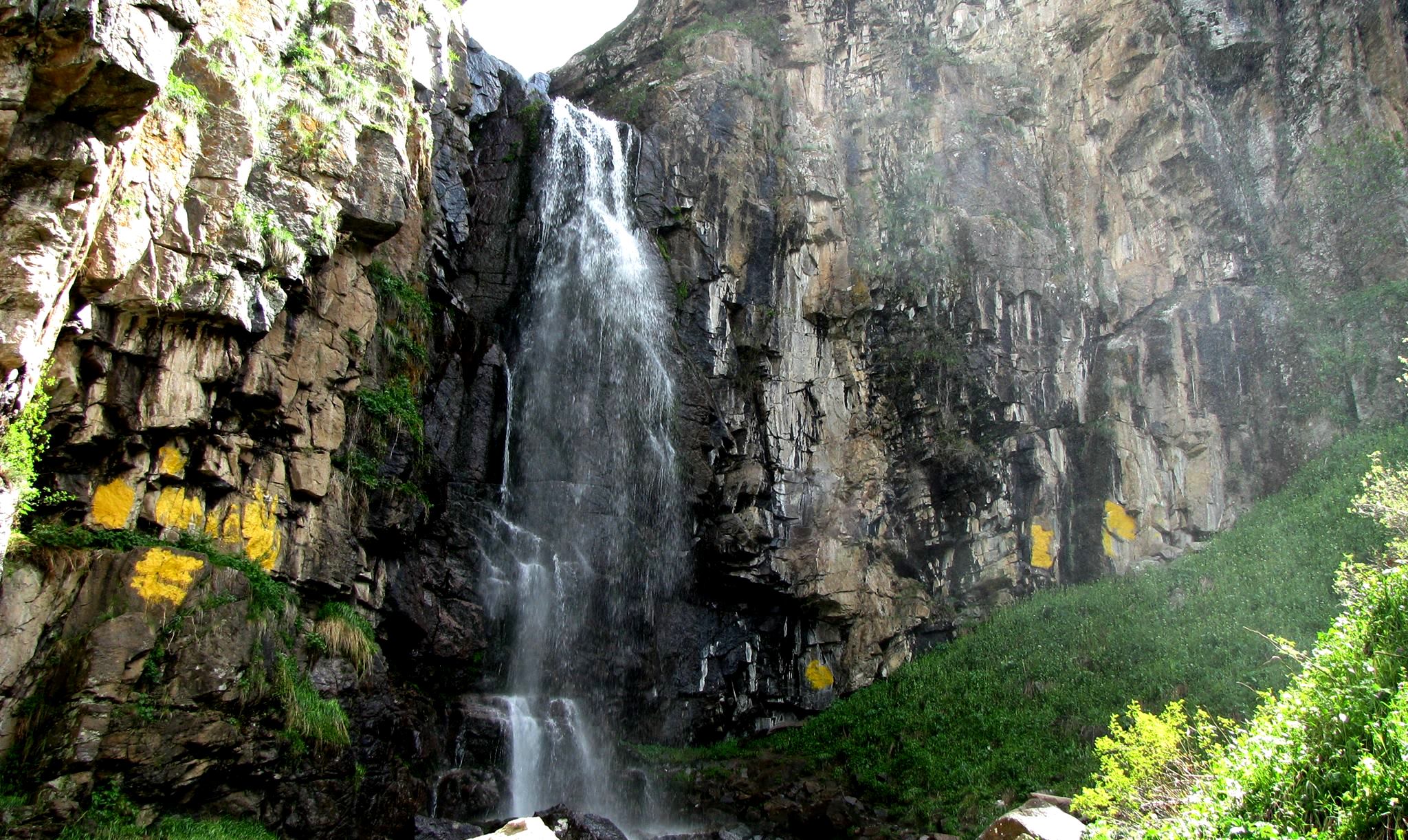 Butakovskoye Gorge is located on the territory of Almaty, in Zailiisky Alatau. The gorge has two small waterfalls – the Lower, whose height is 30 meters and the Upper, towering at 2470 meters above sea level.

Mountain lovers do not miss the opportunity to stand under the waterfall and take spectacular photos. The gorge has all conditions for active tourist recreation. 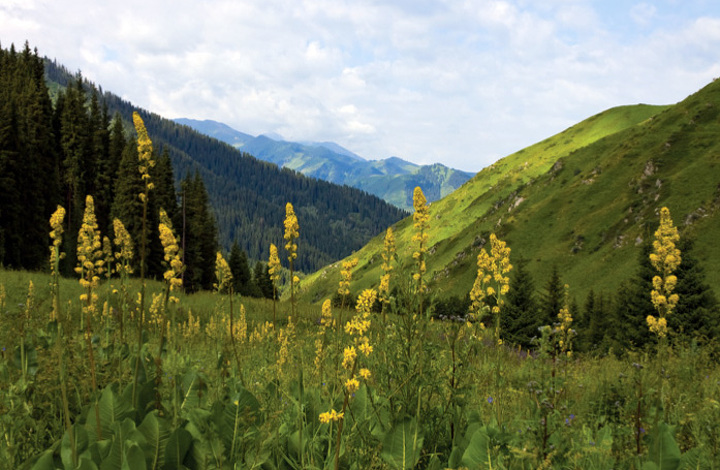 Alma-Arasan Gorge is a nice place for picnics and walks, which is not far from the city. The area is famous for the river that creates several waterfalls that give freshness and coolness. In addition, Alma-Arasan thermal and radon sulfur springs are located here. 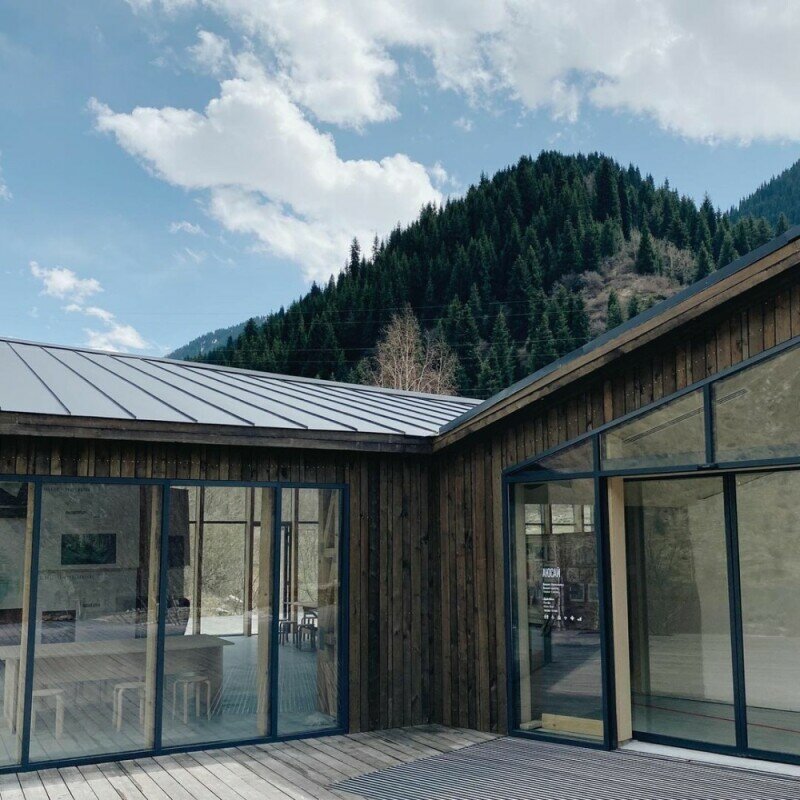 “Ayusai” is considered the first fully eco-friendly visit center in Kazakhstan. The shape of the building’s roof resembles the shape of mountains from afar. This is done so that the building does not differ much from its surroundings. The main purpose of the center is to educate tourists in respect for nature.

To get to the center you can take the 211 bus. The route starts from the Palace of Sports and ends at the Alma-Arasan sanatorium. Transport runs only on Friday, Saturday and Sunday from 8:35 am to 10:20 pm. The fare is 300 tenge

The 10 most beautiful places around Almaty: how to get there and what to see 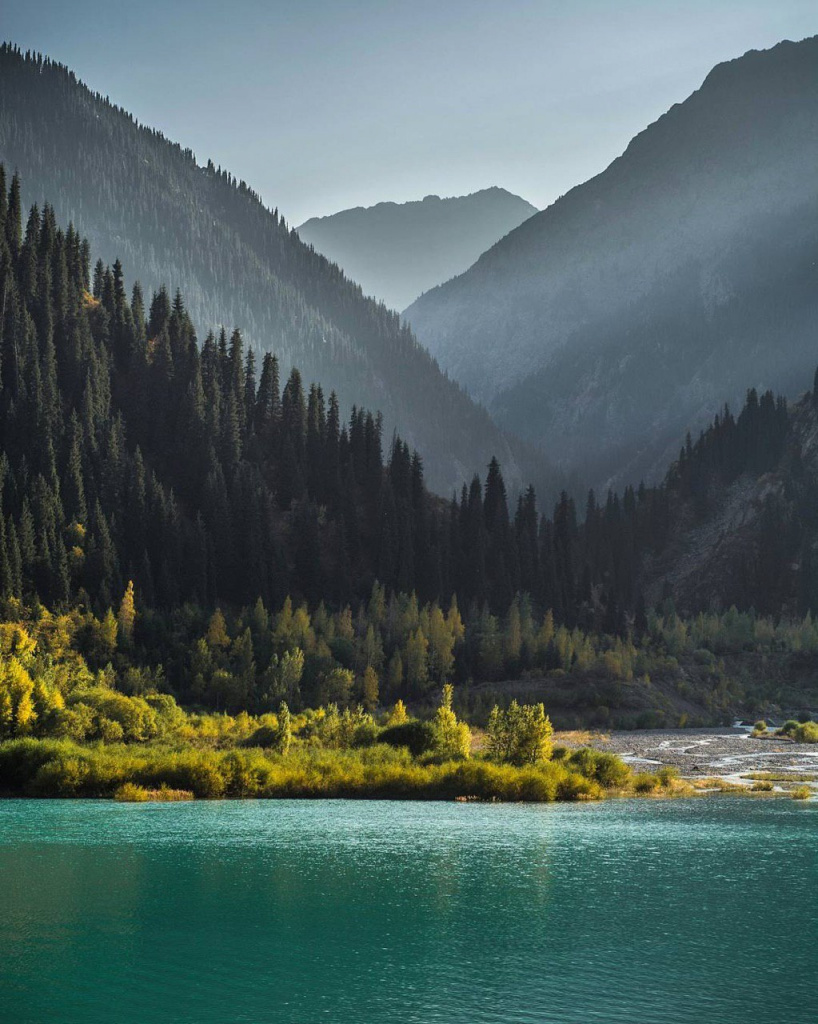 The area is surrounded by rocky mountains, forests and meadows, where you can find plants included in the Red Book. The lake changes color depending on the weather.

– The mound where the “Golden Man” was found 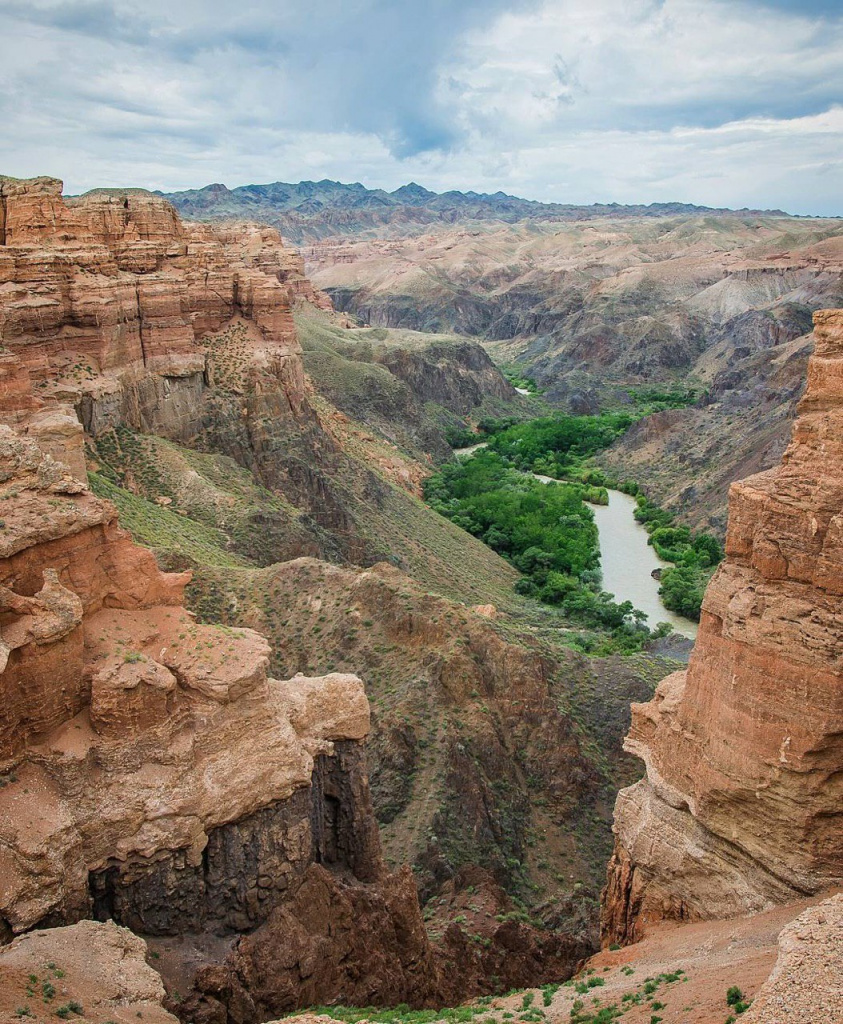 – To get there by personal transport.

One of the most famous and beautiful natural sights is located on the spurs of the Tien Shan. It is considered the “little brother” of one of the largest gorges on the planet – the Grand Canyon. 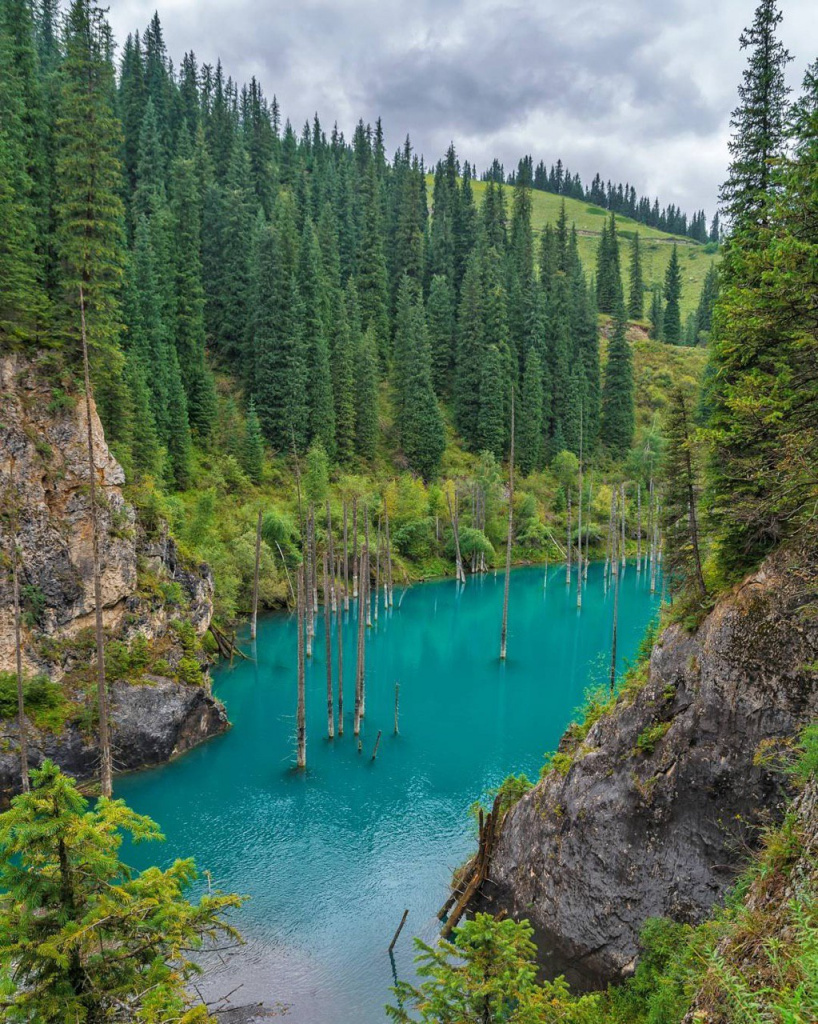 – By car along the Kuldjinskiy tract (190 km), then following the signs

An unusual lake with clear water and trees, as if growing out of it. The area is surrounded by mountains and fir trees. The water in the lake changes color from blue, turquoise to brown, depending on weather conditions. 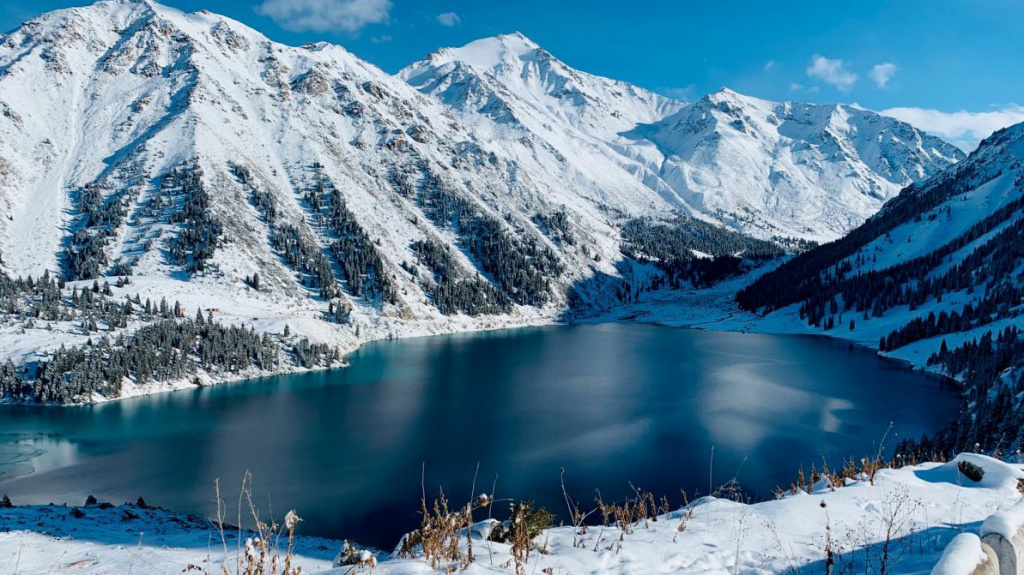 You can visit BAO at any time of the year. In summer you can stop for a picnic, sit in a gazebo and approach the lake. In winter, you can walk through the snowy mountains. It’s also a great place for photo shoots.

Address: 15 km south of the outskirts of Almaty, Zailiisky Alatau. 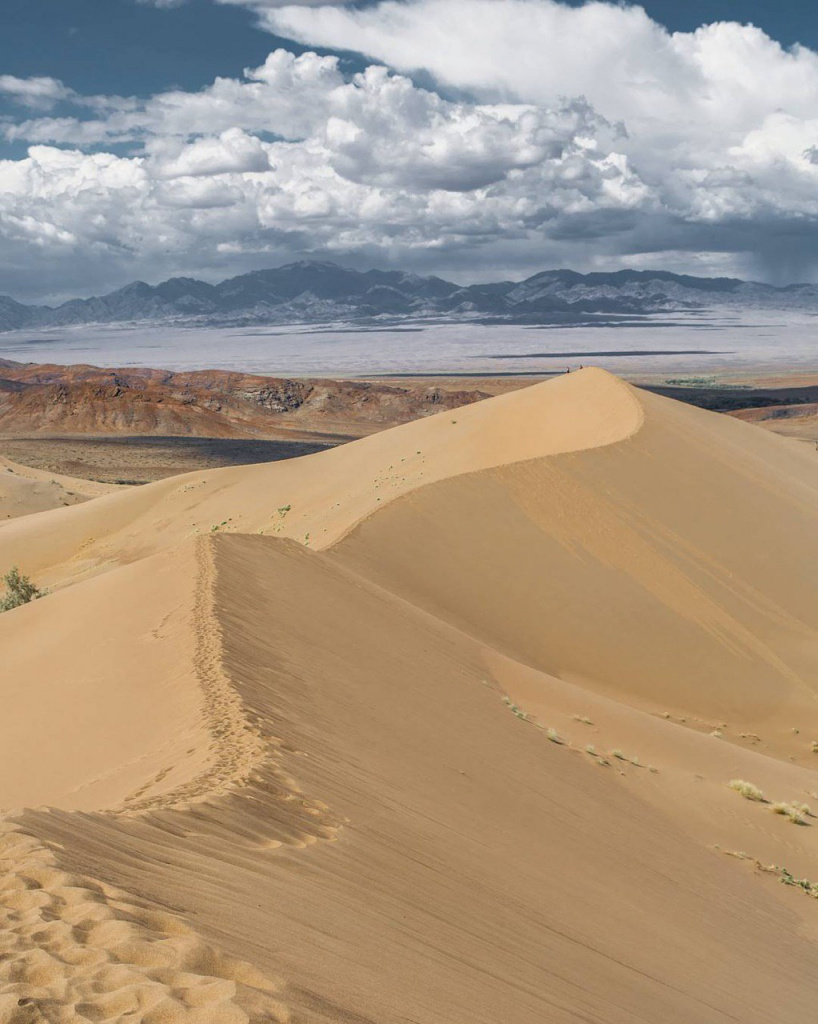 – By private car, along the highway Almaty – Kapchagai to Sary-Ozek, then continue driving through the Altyn-Emel pass and the village of Bashy.

It is located in the Altyn-Emel National Park. It is considered one of the “7 Wonders of Kazakhstan” and a national landmark. As you descend from the ridge of the barkhan, you can hear the sounds coming from the depths of the sandy mountain. 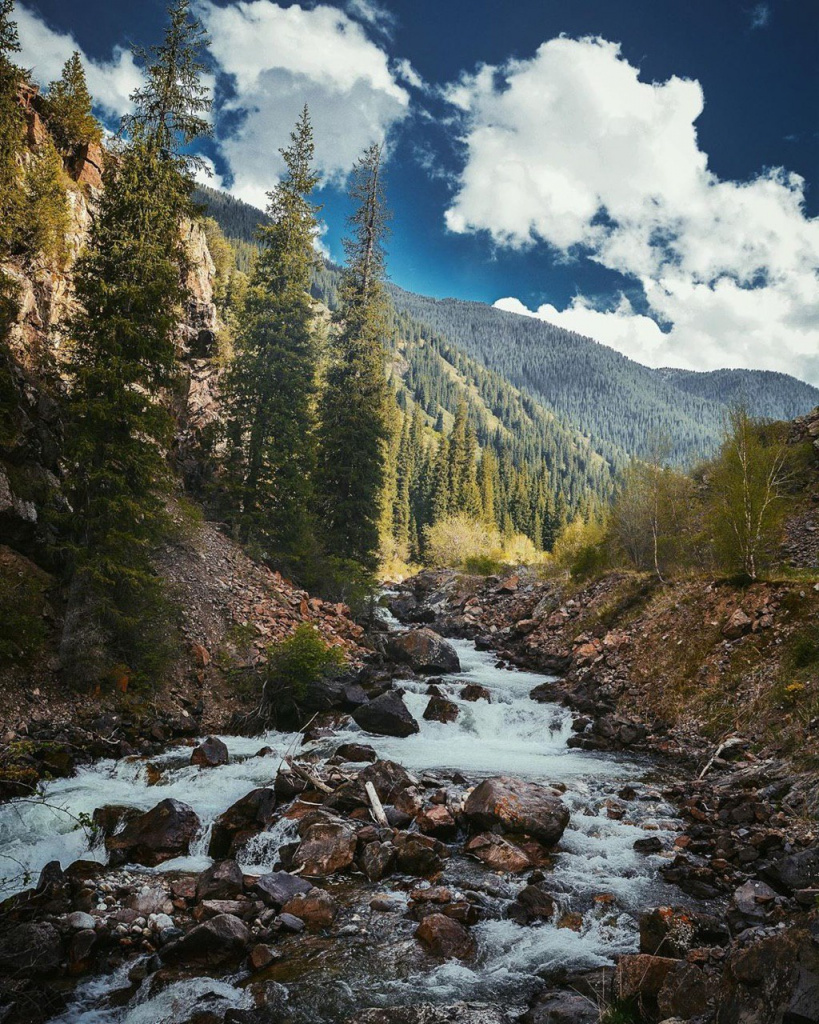 – By private car, take the Kuldjinskiy tract and follow it through Issyk. At the intersection near the “Royal Petrol” gas station after the Tole Bi settlement there will be a right turn leading into the gorge.

One of the most popular destinations for tourists and residents of Almaty. There are many other smaller gorges, rivers, tracts and attractions.

– The Golden Man and the open museum. 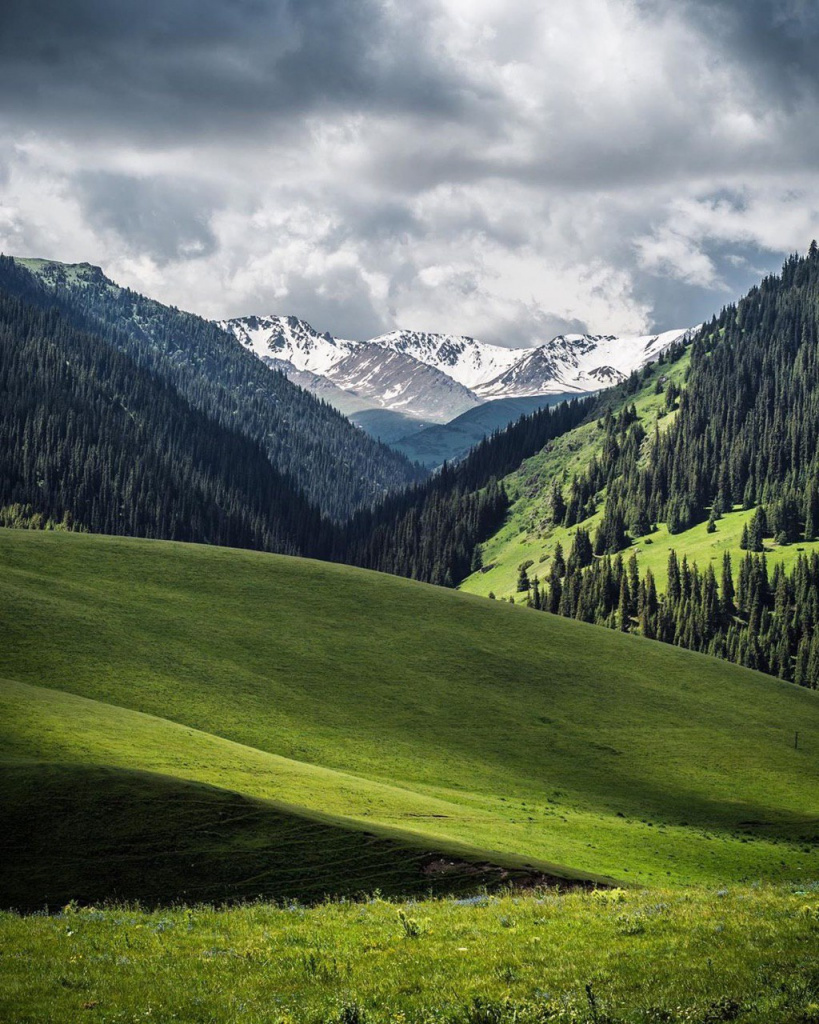 – By private car, take the Kuldjinskiy tract and follow it through Issyk. At the crossroad near “Royal Petrol” gas station after Tole Bi there is a right turn leading into the gorge. The first stop is before the waterfalls of Turgeni Gorge.

One of the most picturesque places in the foothills of Tien-Shan. There is an astronomical observatory here, and along the way you can encounter Red Rocks and white snowy landscapes. 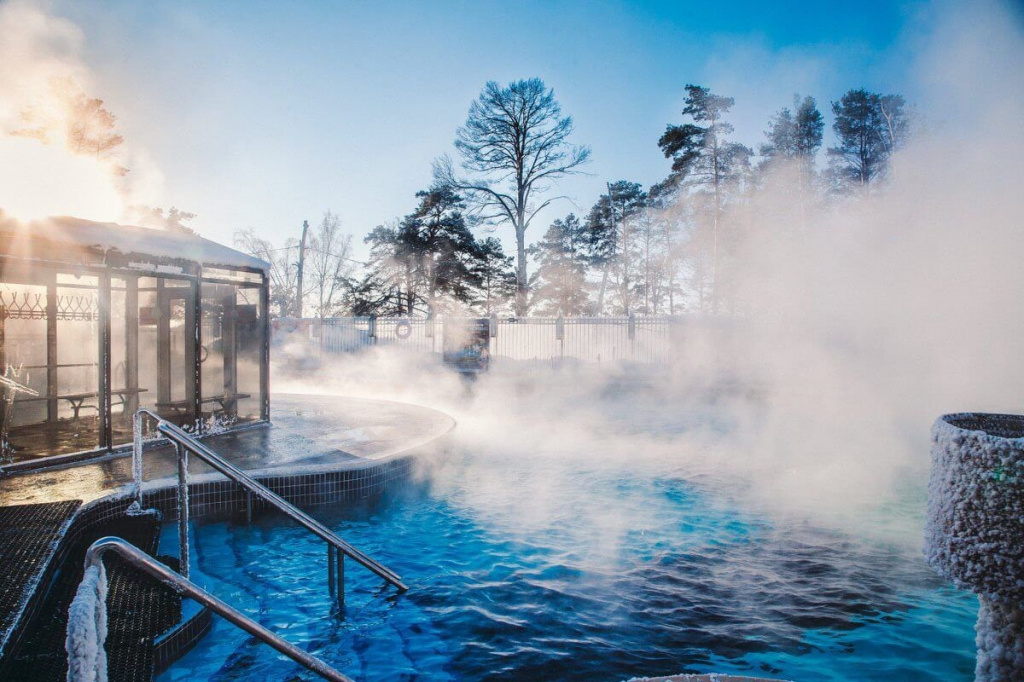 – By private car you can reach by highway Almaty – Khorgos, then according to the signs.

These are mineral springs near Almaty, the water of which is known for unique hot radon springs. Here you can be treated, breathe clean air, observe the scenery and relax from the hustle and bustle of the city. 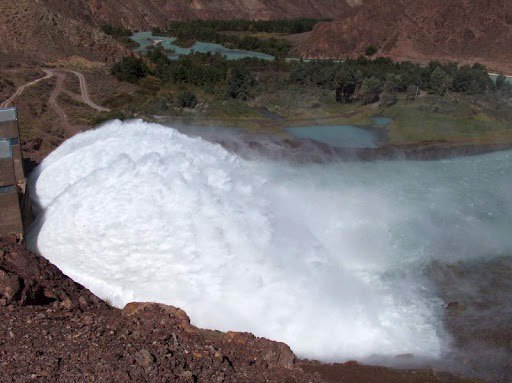 – By private car along the Kuldjin tract in the direction of Kokpek settlement.

The reservoir is located between two mountains, Toraygyr and Syugaty. The most interesting and fascinating spectacle is when two tunnels are opened and two large water streams are formed. People come here to enjoy the scenery in silence. You can also fish here, the reservoir is home to trout and carp. 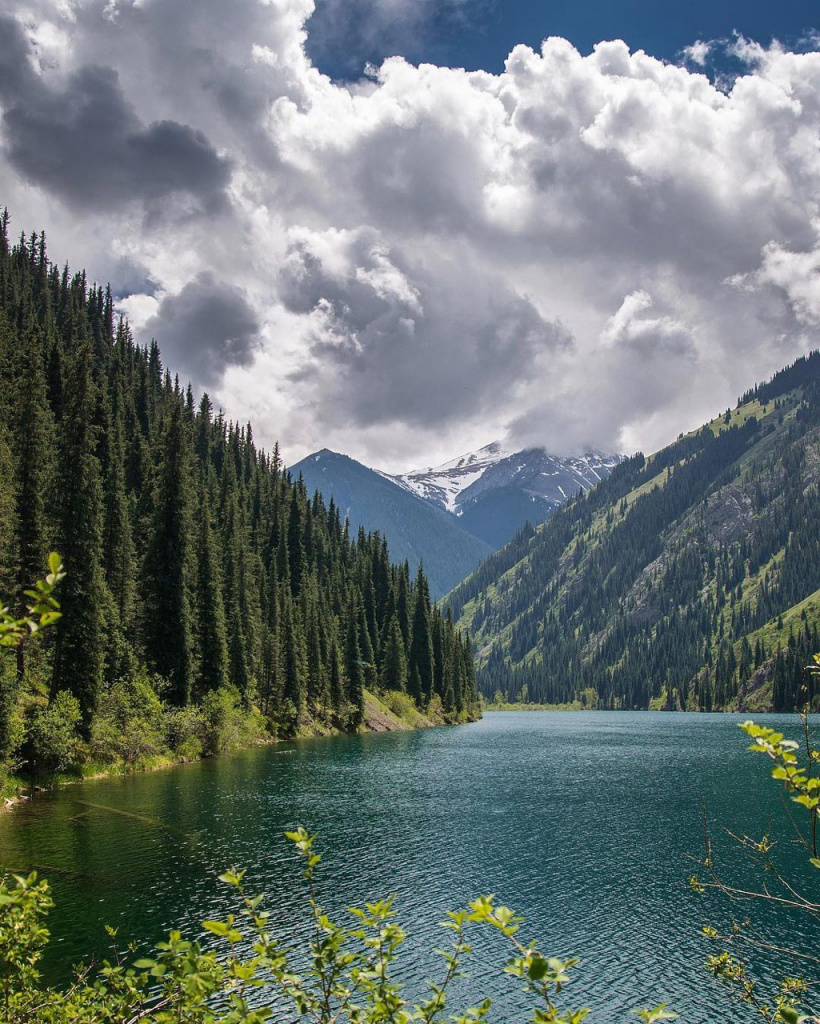 This is a system of three lakes, called the Pearl of the Northern Tien Shan. The lakes are surrounded by pine fir trees and trout live in the water.

– By private car, better in an off-road vehicle, take the Kuldjin tract to the village of Saty. At the fork turn left along the main road, drive to an ecological checkpoint, and then go on foot.