A rainbow is an amazingly beautiful natural phenomenon. The phenomenon is not particularly rare, but when a multi-colored arc appears in the sky, it immediately attracts all eyes. Another thing is the lunar rainbow – a phenomenon so rare, unusual and little known that people watching it rarely believe their eyes and often take it for anything but the rainbow itself.

The lunar rainbow (also known as the night rainbow) is a rainbow produced by the glow of the moon. By all its criteria and characteristics it is similar to a common rainbow: exactly the same radius of about 42°, exactly the same seven colors of the spectrum in the same order, and location on the side of the sky opposite to the night star.

There is essentially only one difference, but it is quite significant: the brightness and saturation of the night rainbow is much lower. This is explained by the noticeably weaker luminosity of the Moon.

Few people know that the solar rainbow is not the only phenomenon related to the refraction of light. In addition to the above-described lunar rainbow in nature, there is also a fire and fog rainbow. The first represents a horizontal rainbow that appears against a background of puffy clouds. And the second is the refraction of light in very small drops of water and appears when sunlight hits the fog as a white arc.

Observation of the phenomenon

If you want to go on a night rainbow photo hunt, there are a few important things to consider:

This combination of necessary requirements makes lunar rainbows much rarer than rainbows that are also caused by rain, but are generated by the Sun.

In the United States, you can see such rainbows near various waterfalls, including Cumberland Falls, near Corbin, Kentucky, California. Yosemite National Park in the United States is home to a large number of waterfalls. As a result, the park also sees lunar rainbows, especially when water levels rise in the spring from melting snow.

Plitvice Lakes in Croatia and Victoria Falls, in Africa on the border of Zambia and Zimbabwe are also well known meta observing lunar rainbows. 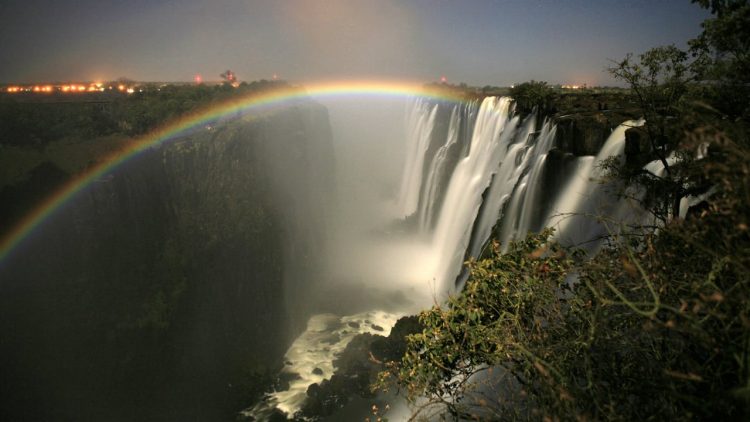 Lunar rainbows occur when Christmas winds drive clouds of fog out of the Caribbean. They blow from late December to late January or early February. These fog clouds form a flowing pattern of streaks; thus, their popular Spanish name: Pelo de Gato (meaning Cat’s Wool) is born. Moon rainbows can also be seen in Costa Rica’s cloud forests, in mountain towns like Santa Elena and Monteverde. Moons occur in this part of Costa Rica almost every full moon in December and February.

You can also find moons in Kaua’i, with the moon rising in the east during a small rainstorm. Or observe the phenomenon from the areas of Kohala on the big island of Hawaii and Velasco Lemeri Iloilo, Philippines.

A lunar rainbow is also observed on the Yamal Peninsula in heavy fog. Probably with enough fog and reasonably clear weather, the lunar rainbow can be observed at all latitudes.

A clearly delineated ring around the Moon that begins at some distance from its disk (usually white, you can rarely distinguish faint colors) is not a lunar rainbow, but a halo generated by the refraction of light passing through hexagonal ice crystals of pinnate clouds. The type of halo depends on the size of the crystals, the rarest being elliptical. 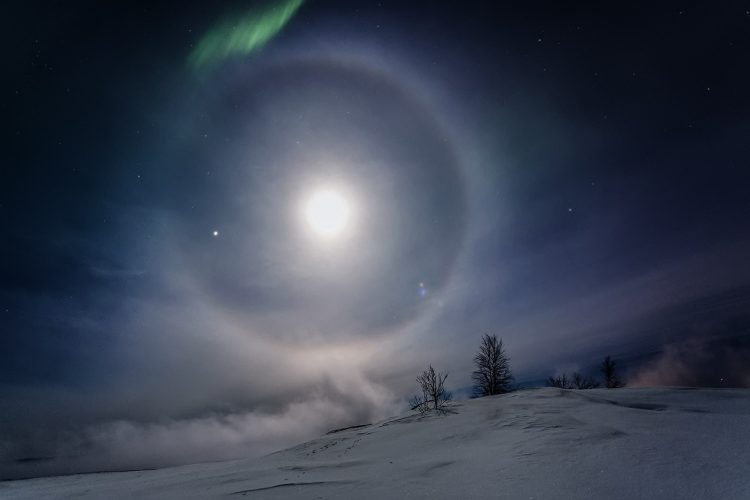 A small halo (22° radius) is the most common, but other forms are also observed. Also quite often there are vague halos around the Moon (sometimes colored) – these are halos, the phenomenon of scattering of rays on water droplets or ice crystals in clouds or fog. Strictly speaking, this is not a lunar rainbow either.

The famous domestic science fiction writer Sergei Pavlov wrote the series “Moon Rainbow,” whose name was given by the name of the reconnaissance and landing raider, aboard which incredible events took place. In 1983, a film of the same name was made in the USSR. Established in June 30, 2005 literary prize “Moon Rainbow” awarded for high achievements in the science fiction genre.

With the Slavs, the rainbow is a serpent that sucks water for the next rain. At the same time, people believed that it could suck out a person as well, so they were very afraid of it. 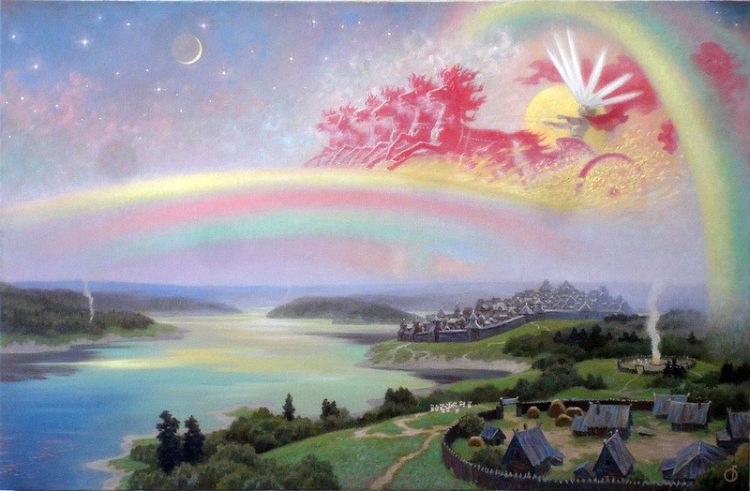 The Serbs, Bulgarians, and Macedonians believed that by walking under the rainbow you could change your sex. In addition, they have the same omen that the double rainbow shows the number of crops: if brighter colors of the bottom – a great harvest of the earth, the top – the high “harvest” of that light.

There is a belief among European peoples that in the place where the rainbow begins, there is treasure. It is also considered a bridge between the worlds.

The white or lunar rainbow is a very rare natural phenomenon. It can occur when light coming from the moon is reflected and refracted by particles of moisture in the air, such as waterfall splashes or raindrops.

This rainbow is much weaker than a solar rainbow because of the much smaller amount of light reflected from the surface of the moon.

Nevertheless, the colors typical of the solar rainbow can be seen in photos with a certain exposure. Because of the way human eyes perceive light it is difficult to distinguish these colors in the moonlight when observing it visually, and only sensitive equipment can capture them. 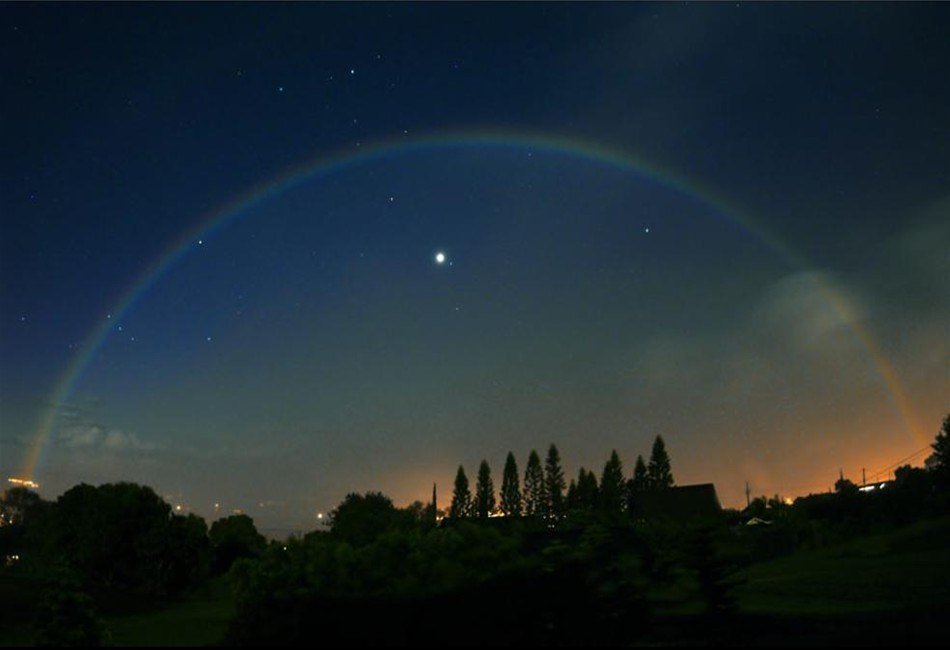 The phenomenon of lunar rainbows has been described by Aristotle and was the subject of publications in the 19th century.

Interesting things about this type of rainbow

To increase the chances of a lunar rainbow, the sky must be dark enough, and the Moon must be low (maximum at 42 degrees from the horizon, but better at a lower level), and be close to the phase of the full Moon. There should also be water particles in the air (waterfall, rain) that fall opposite the moon. 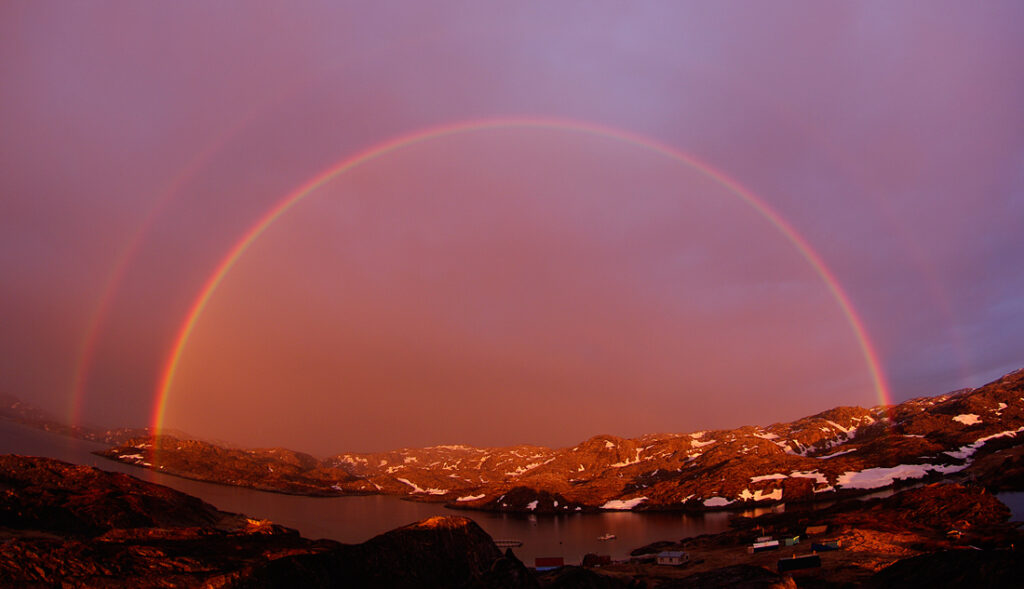 Interesting things about this type of rainbow

The period of the day also matters. Lunar rainbows can only be observed for two to three hours after sunset, or the same amount of time before sunrise .

Only if all of the above requirements are met is there a chance of seeing a lunar rainbow. That’s why it is considered a very rare phenomenon in nature.

Where can I see the lunar rainbow

A suitable location for the occurrence of this natural phenomenon has Kamuela Waimea in Hawaii.

It can also be seen during rainy weather during a full moon in the extreme latitudes of winter. Since there is less daylight hours in the winter, there are many more opportunities to observe the lunar rainbow.

In the United States, this phenomenon can be seen near waterfalls, such as Cumberland Falls, located in California. 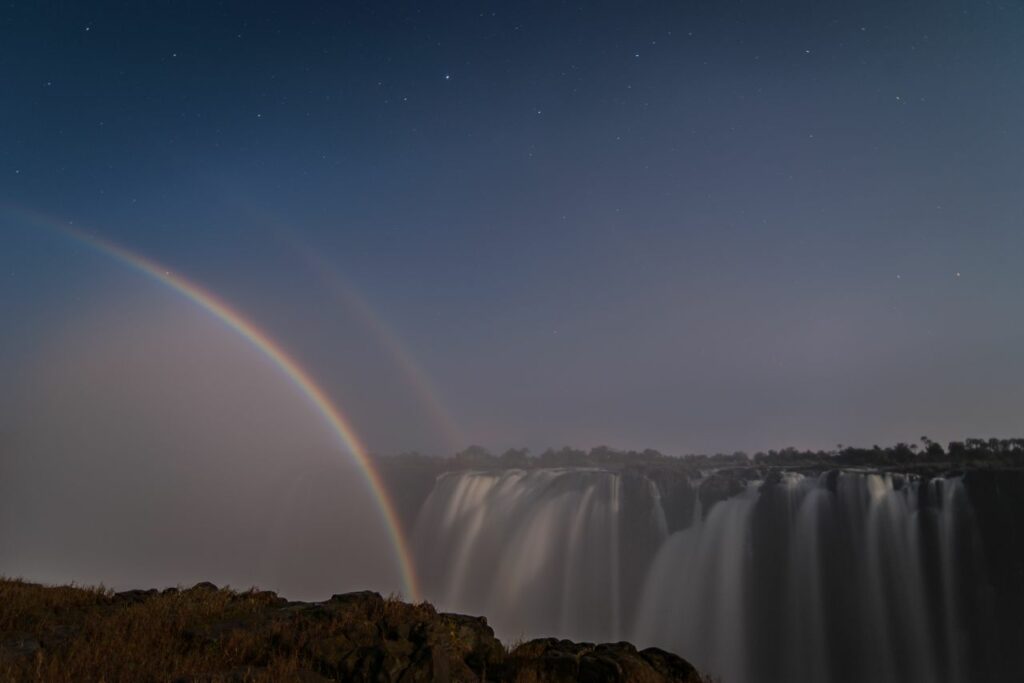 Plitvice Lakes in Croatia and Victoria Falls in Africa, on the border of Zimbabwe and Zambia are considered the famous places for seeing such an unusual atmospheric phenomenon.

The occurrence of lunar rainbows occurs during periods of strong winds from the Caribbean . This usually occurs during the Christmas holidays (beginning in late December and ending in late January or early February). Wind-borne clouds of fog form bizarre flowing streaks called Pelo de Gato, which means Cat’s Wool in Spanish. 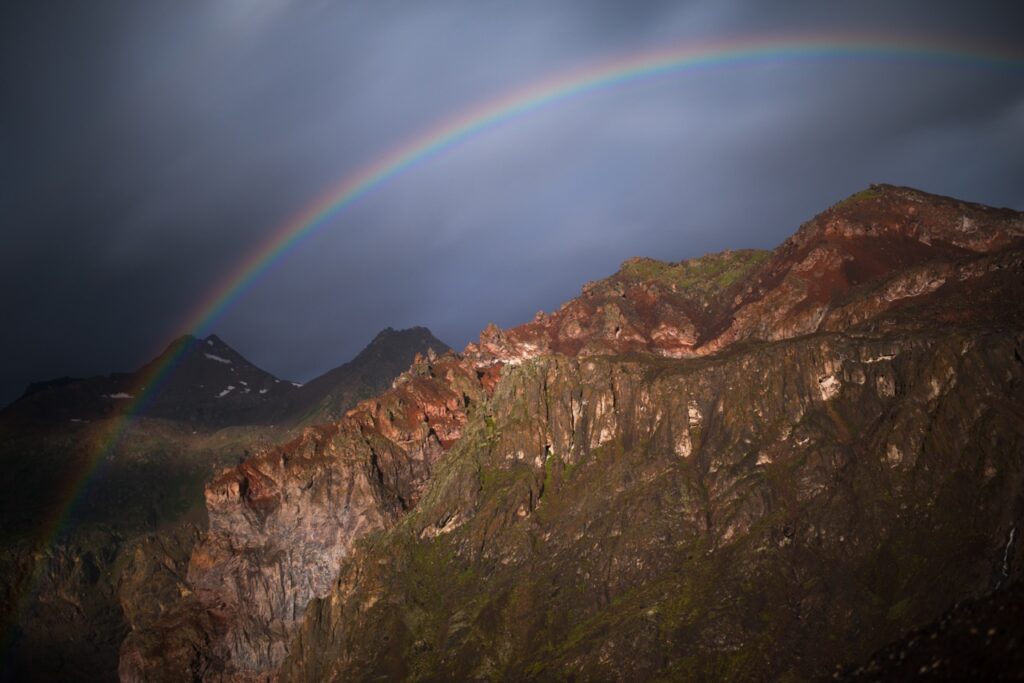 White rainbows can be seen in the forested areas of Costa Rica, which are characterized by constant cloudiness, as well as in mountain towns such as Santa Elena and Monteverde. Moon rainbows appear almost every full moon during the winter months.

Moon rainbows can be seen in Kauai after the moon rises from the east if it is not raining heavily, in the Kohala areas of the major island of Hawaii, and in the Philippines in Velasco Lemeri Iloilo .