A day in Granada What to see

A day in Granada. What can be seen in Granada if you come to the city for just one day? What are the most interesting sights? Granada is one of the most beautiful provincial cities in Spain, which has preserved its identity over the centuries. The Spaniards named Granada the most beautiful city in the country in 2016.

Holidays at any time of the year on the Costa del Sol or Costa Blanca, you can always find one day to visit Granada. A lot has been written about this city, the legendary Alhambra (the main attraction in Spain) has a loud fame among tourists.

Granada, Grenada, … Remember the famous poems by Mikhail Svetlov? Those poems were written about Granada, that Granada in Spain. With its capture, Christians celebrated the victory of the Cross over the Crescent, history declared the end of Western European Islam and the Middle Ages. With the surrender of Granada, there was no longer a land where people of different religions could agree and simply live side by side. With the capture of Granada came another expulsion of the Jews, the discovery of America, and the strengthening of the Spanish Inquisition. History of Granada

Until the end of the 15th century Granada was a Moorish city, “heaven on earth,” “the part of heaven that fell to earth.” This was the name given to Granada by the Moors, who ruled it for 800 years and turned it into a blooming oasis, who created a fascinating culture and created an era that is known as the Nasrid era. In the 16th century Granada became the center, but the center of Christian history. The Catholic Kings Isabella and Ferdinand and their grandson Carlos V, tried to turn it into the capital of a new empire that united half of Europe and the open America, “over which the sun never sets”.

The Arab quarter of Albaycin

If time allows and you already have tickets to the Alhambra you can start by visiting the Albaycin. How to get there. From the Plaza Nueva or the Cathedral (Catedral, Gran Via de Colon) take the small C1 bus (Albayzin), stop Mirador de San Nicolas. Get on the bus at the front door; fare 1.20; pay with the driver). A cab ride from Plaza Nueva will only cost 5-6 euros.

The Arab quarter of Albaycin is the quarters of the old city. Here in the 6th century B.C. the Phoenicians founded the settlement of Iltruir, then the Roman one of Illiberi, and the Muslim one of Calat Garnath. Albaycin in the past – a thriving Arab city: mosques, schools, houses of the nobility, paved streets, fountains, wells, markets, workshops … And today – a quarter of Granada, where close to each other adjoin the palaces of the local nobility, the estates of the sonorous Granada, Catholic monasteries and shacks modern hippies.

The St. Nicholas Lookout is the most popular place for tourists visiting Granada. The viewpoint offers amazing views of the Alhambra and Granada. A popular photo, the Red Alhambra Castle against the backdrop of the Sierra Nevada, is taken here. Flamenco dancers or local gypsy singers sometimes perform on the observation deck. Be vigilant when at the observation deck, there are all kinds of people hanging out.

Take the Cuesta de San Gregorio down from the Albaycin to the historic center to the Cathedral.

The period of the first half of the XVI century is marked by a great construction of temple architecture. In the historic center of the city, even if you are only in Granada for a day, be sure to see the Royal Chapel. The great monarchs Ferdinand of Aragon and Isabela of Castile, Juana the Insane and Philip the Beautiful of Habsburg all rest here. In the Chapel Museum you will be pleasantly surprised by the collection of paintings of Flemish, Italian, Spanish paintings of the 15th century, belonging to Queen Isabella. (Calle Oficios, Monday – Saturday 10.15 – 18.30, Sunday and holidays 11.00 – 18.30. The cost of the ticket is 5 euros).

From the Arab past are preserved: the Arab market of the Alkaseria, the House of Coal (formerly an Arab inn), the Madrasah. These attractions are located near the Cathedral.

From 13.00 to 15.30 it is lunch time. There are many restaurants and eateries in the center. The best are Real Asador de Castilla (Plaza Gamboa 10), which is near the Hesperia Granada hotel and close to the Monument of Christopher Columba and Isabela of Castile.

A day in Granada should not be complete without a visit to the Alhambra, a unique monument of Arab-Spanish architecture from the Middle Ages. A visit to this monument should be planned in advance: buy tickets online at the Alhambra Patronage website https://tickets.alhambra-patronato.es/en/ Pay special attention to the times of the Nasrid Palaces (admission is listed separately).

You can buy tickets on the day of your visit only at the Alhambra ticket office. During the high tourist season – spring and autumn, Christmas holidays – the number of tickets is limited, so you have to wait in line from early in the morning.

That’s a lot of fun for a day in Granada. Believe me, this city is worth a day of your vacation. The Spanish say, “He who has not seen Granada has not seen Spain.” 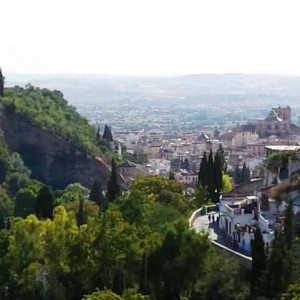 View of the city. Granada Where to start to get to know the city? With its history of course, because that is where you can find the answers . 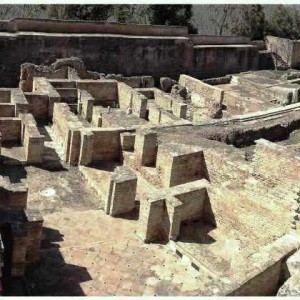 Ruins of the Palace of the Abencerachs The Alhambra was home not only to the royal quarters, but also to the quarters of the close and noble families. The ruins of some of the ancient .

Views of the Cathedral of Granada The sights of Granada will not leave anyone indifferent, because in this city is the Alhambra, because its Moorish history . 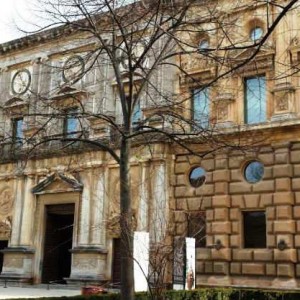 Granada turned out for the Catholic Kings (Isabella of Castile and Ferdinand of Aragon) to be a kind of symbol of deeds, the end of the Reconquista, a grand life goal. It was decided to retain its status as . 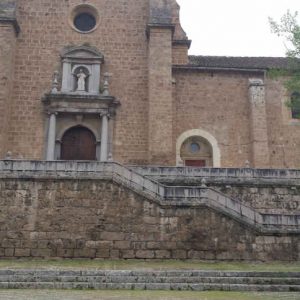 Monastery Church In the suburbs of Moorish Granada, where there was a rich Muslim manor called “Ainadamar” or “fountain of tears” today rises a temple monastery complex . .