Top 5 Fishing Places in the World

Fishing is not just a hobby, it is a whole philosophy. Some would rebuke avid fishermen for sitting for hours with a fishing rod instead of doing business. But statistics tell us that many successful people in business, politics, and science have also been fishermen. It turns out that fishing is a rewarding hobby and a lot of fun. 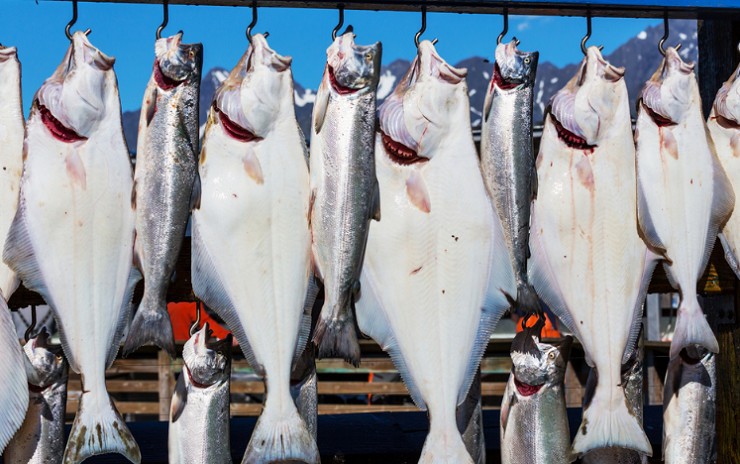 Fishing in Alaska comes in two varieties: river and sea fishing. Salmon, halibut, tuna, cod, flounder are caught in the ocean, and trout, zander, sturgeon, whitefish, perch and carp are caught in rivers and lakes. The fishing season lasts from May to September. The best place to fish is Bristol Bay, called “the world’s salmon farm.”

If you stay at a lodge instead of a hotel, the best place to do that is to have the fish stripped and cooked or vacuum bagged, and even salted and smoked. 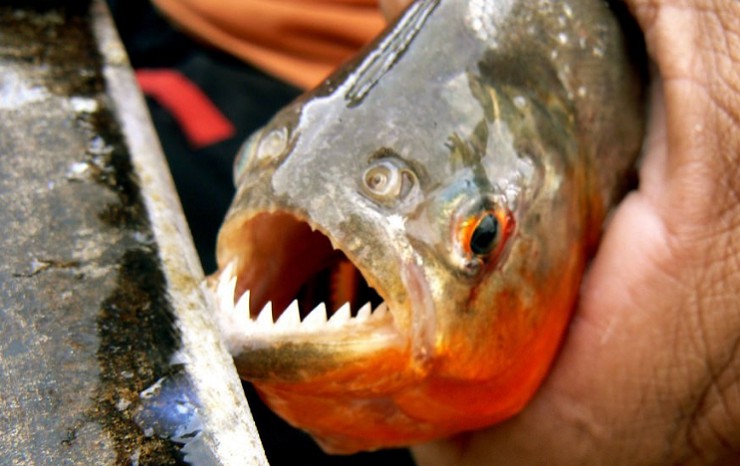 The Los Llanos Plain takes up one-third of Venezuela’s land area and is a protected wildlife area. It is home to anacondas, caimans, river dolphins, jaguars, cougars, monkeys, anteaters and many species of birds. The best way to get to know the inhabitants of Los Llanos is to visit the local ranches owned by the Venezuelan Llaneros cowboys. Fishing for piranha is a special experience.

Pieces of meat are used as bait on a thick fishing line. During the rainy season, the plain floods, so the best time to visit is from December to May. Here you can hunt not only piranha, but also caiman and anaconda. 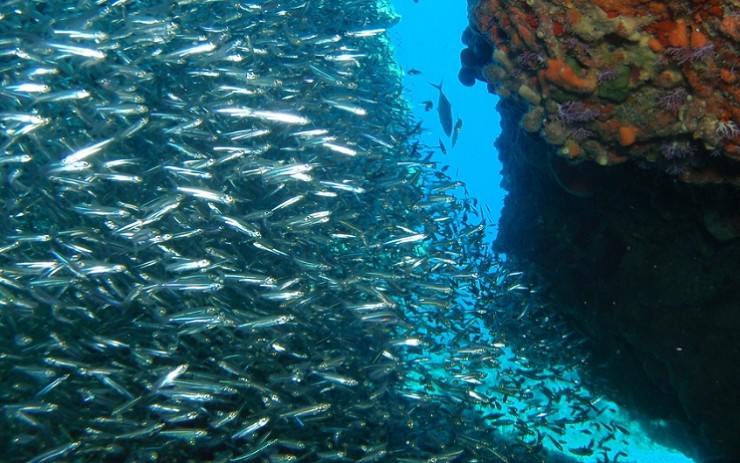 READ
5 things to do in Cambrils, Spain

Experts say it is the best fishing in the Caribbean, and it is no coincidence that this is Fidel Castro’s favorite fishing spot. There are giant tarpon weighing up to 80 kilograms and barracudas weighing 20 kilograms. In addition to fishing, the Jardines de la Reina is famous for its diving spots. They come here to dive and see the toothy inhabitants of the seas and oceans. 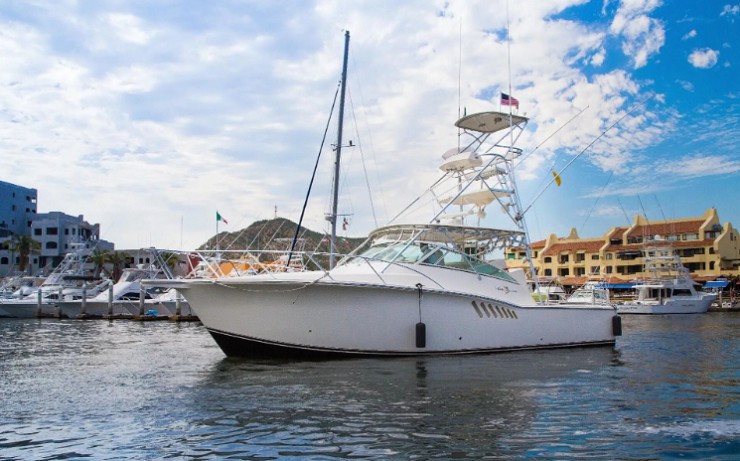 Cabo San Lucas is located in the south of the California peninsula. It stretches 1,247 km and is famous as an elite resort and one of the best places in the world for sport fishing. Here the waters of the Pacific Ocean meet the waters of the Sea of Cortez, and their mixture creates a fertile environment for fish. Marlin, tuna, sailfish, dorado, and wahoo are found here.

You can fish for striped marlin and dorado at any time of year, but if you are targeting yellowfin tuna, come between May and December. Fish stocks have dwindled over the decades, so most fish are caught just for fun and then released back into the sea. 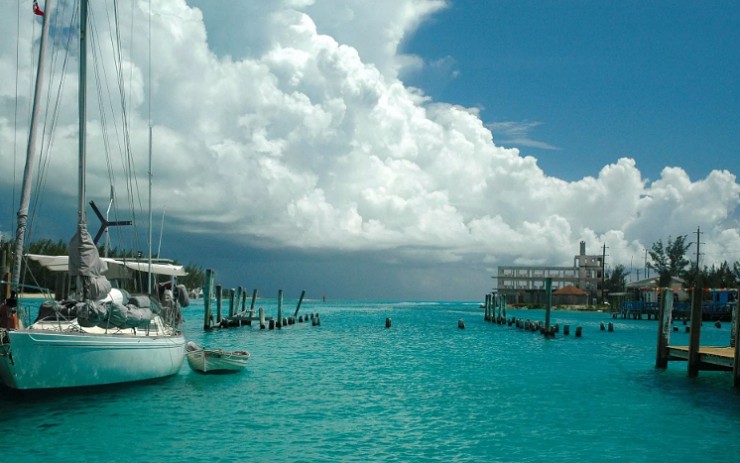 The Bimini Islands, part of the Bahamas archipelago, are known for excellent fishing. They inspired Ernest Hemingway’s The Old Man and the Sea. There are still plenty of fish here: marlin, tuna and sailfish swim in shoals right under the fishing boats.

The Bimini Islands are shrouded in many myths. One of them says that the vanished city of Atlantis rests under a sea cloud off the coast. Near the island of North Bimini at a depth of 6 m there are strange rock formations.

Top 5 Fishing Places in the World

True connoisseurs of fishing dream of catching something to brag about with friends. Here are the best places in the world where offshore fishing will please unprecedented success, and such dreams can easily be realized.

This is one of the best destinations for gambling fishing with the opportunity to get some of the biggest fish as catches. The Bahamas have many islands with coastal waters that are home to large fish such as marlin, tuna, and sailfish. New world records are set each year in the Bahamas sportfishing tournaments where the best fishermen from around the world compete.

The Abacos Islands are considered one of the best places in the Bahamas for saltwater fishing excitement, with the goal of catching the biggest fish. Many popular fishing competitions are held here each year during the summer.

If you want to catch the biggest fish in the world, all you need to do is charter a yacht in the Bahamas and go deep sea fishing. In addition, such a cruise will allow you to admire the many other attractions of these places. For example, go snorkeling with the swimming pigs near one of the uninhabited islands in the region.

This is the best saltwater fishing destination in the world for all tastes. Costa Rica’s coastal waters are considered some of the best places in the world for sport fishing, and a variety of fish species can be found in different places along the coast. Tuna, marlin, and sea bass are likely to be caught on the Pacific coast, while the Caribbean waters are known for an abundance of big fish like snook and tarpon.

You can charter a yacht on the Costa Rica coast or take a personal yacht on a trip around the Caribbean. In any case, being in these places, do not miss the opportunity to engage in exciting sea fishing, where your trophies can be different types of exotic fish. Alternatively, you can take part in fishing tours, which are popular in Costa Rica.

This is the best destination for marlin fishing. Baja California (Baja California) in Mexico is considered the “marine capital of the world” for a reason. It is true that there is a strict rule in this region: all catches must always be released back into the sea, which ensures the preservation and increase in the marlin population.

Fishing is available year round, but the best time is between May and December. Mexico has not yet managed to win the definition of one of the best destinations for superyacht charter, but there is a long coastline (over 10 thousand km), which makes this destination quite attractive for a yacht trip.

Almost all along the coast there are fishing villages, from where the best way to go fishing in Sicily. Swordfish and tuna are standard catches here. The island is also famous for exciting underwater fishing.

Many sport fishing competitions are held on the island throughout the year, including international marlin fishing tournaments. Whether you are a beginner or a pro, deep sea fishing from a yacht is an unforgettable experience.