The Maya civilization, located primarily in the northern region of Central America, is one of the greatest pre-Columbian civilizations. In 250-900 B.C. most of the city-states of the Maya reached the peak of development. 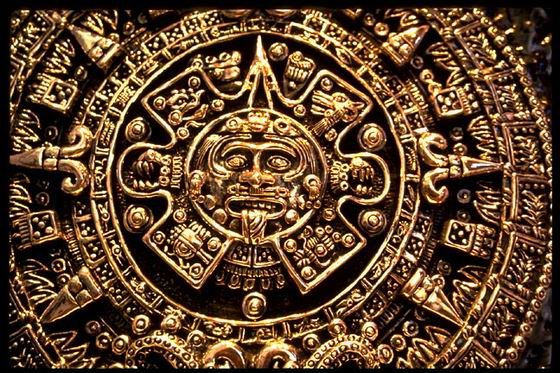 Important evidence of this are the ancient Mayan temples, which were built in almost all Mayan cities. For reasons that are still unknown, most Maya centers declined during the following centuries and became ruins.

Located in the northern part of Belize, Lamanai was once a major Mayan city. Archaeologists have not yet fully explored all the ruins left of the city. Their work has focused on restoring and further restoring the 33-meter temple located in the ruined city. It is one of the most beautiful temples of the ancient Maya. 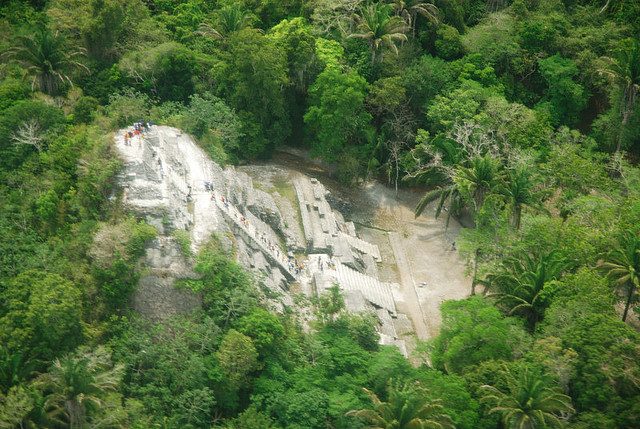 Coba is an ancient Mayan city that is located in Mexico. It was quite a large city that housed about 50,000 inhabitants. Most of the monuments of this city were built between 500 and 900 years. Coba contains several large pyramidal temples. The tallest pyramid, Nohoch Mul, is about 42 meters tall. 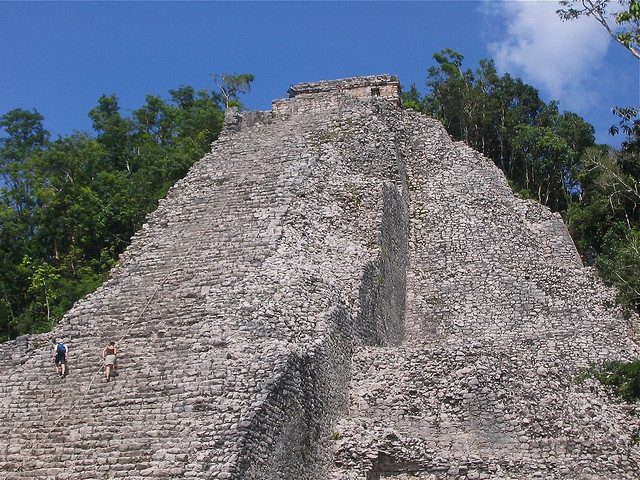 Caracol is a major Mayan city located in Belize. The area of the city was 168 square kilometers. At its peak of development. The city was inhabited by 150,000 people. The 43-meter high pyramid of Canna is preserved to this day. 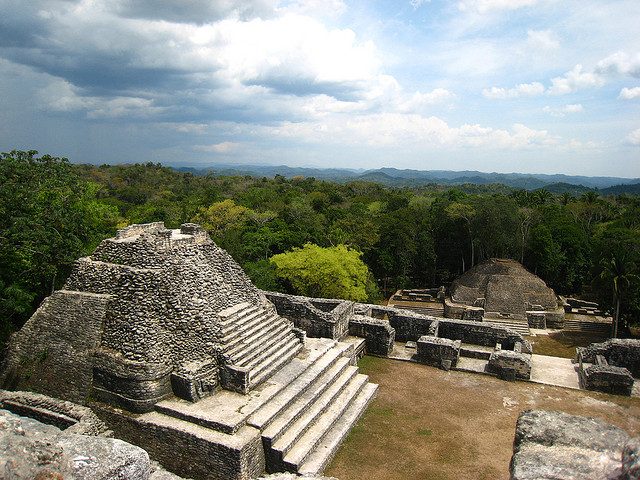 The city located in western Honduras was relatively small but was quite famous for a series of remarkable stelae. Some of the stone structures in Copan date back to the 9th century BC. The city has a Mayan temple, 30 meters high. 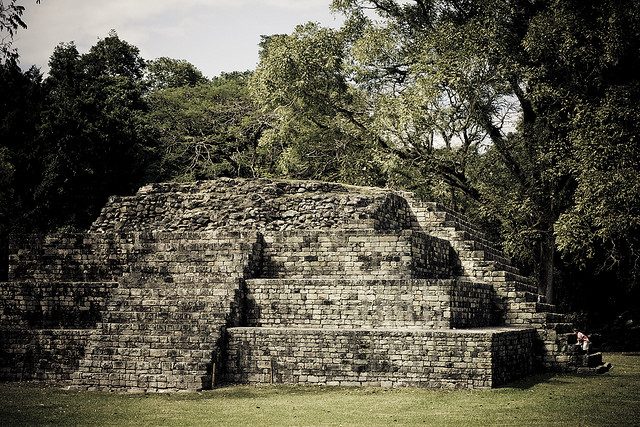 Tulum is located on the east coast of the Yucatan Peninsula, Mexico. It once served as the main port of the city of Coba. Tulum was built around 1200 AD, when the Mayan civilization was already in decline. 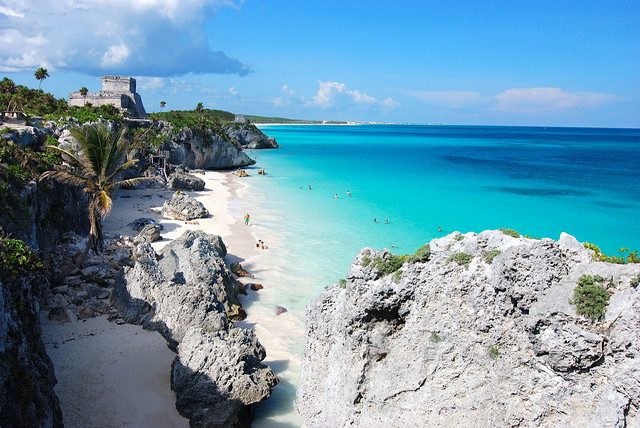 Calakmul is home to over 6,500 surviving ancient structures, including a pyramidal temple about 55 meters high. 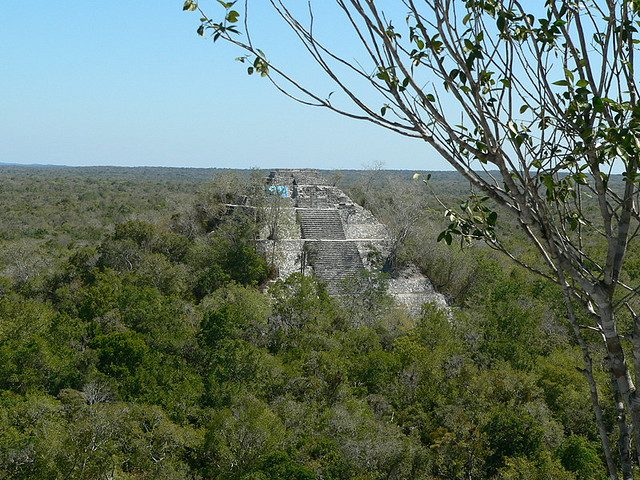 Palenque is an ancient Mayan city located in Chiapas, Mexico. Most of the structures in Palenque date from around 600 AD. – 800 AD, including the Temple.

Ushmal is the best preserved Mayan city located in Mexico. On the territory of this city there is a pyramidal structure of 40 meters. While studying the pyramid, archaeologists concluded that it was built in 5 stages, beginning in the 6th century and lasting until the 10th century. 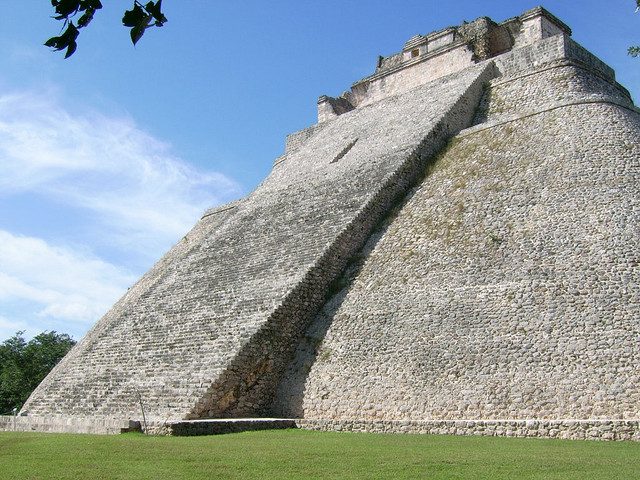 Located in the rainforests of northern Guatemala, Tikal is perhaps the most spectacular of all Mayan cities. Tikal was the largest Mayan city with a population of 100,000 to 200,000. Tikal contains 6 very large pyramid temples. The largest, the pyramid temple, about 72 meters high, was built in 720 AD. 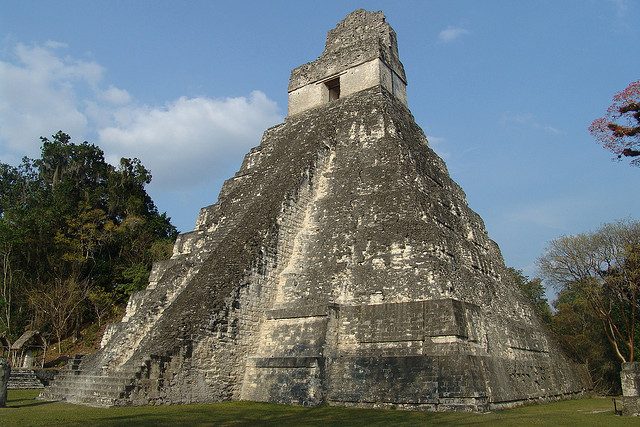 El Castillo is the nickname of one of the most impressive Mayan temples, which was found in the city of Chichen Itza. The design of the temple has a special astronomical significance. Each facet of the pyramid has a staircase of 91 steps, which, together with the common steps at the top, has 365 steps-the number of days in the year.

The Most Beautiful Ancient Mayan Temples 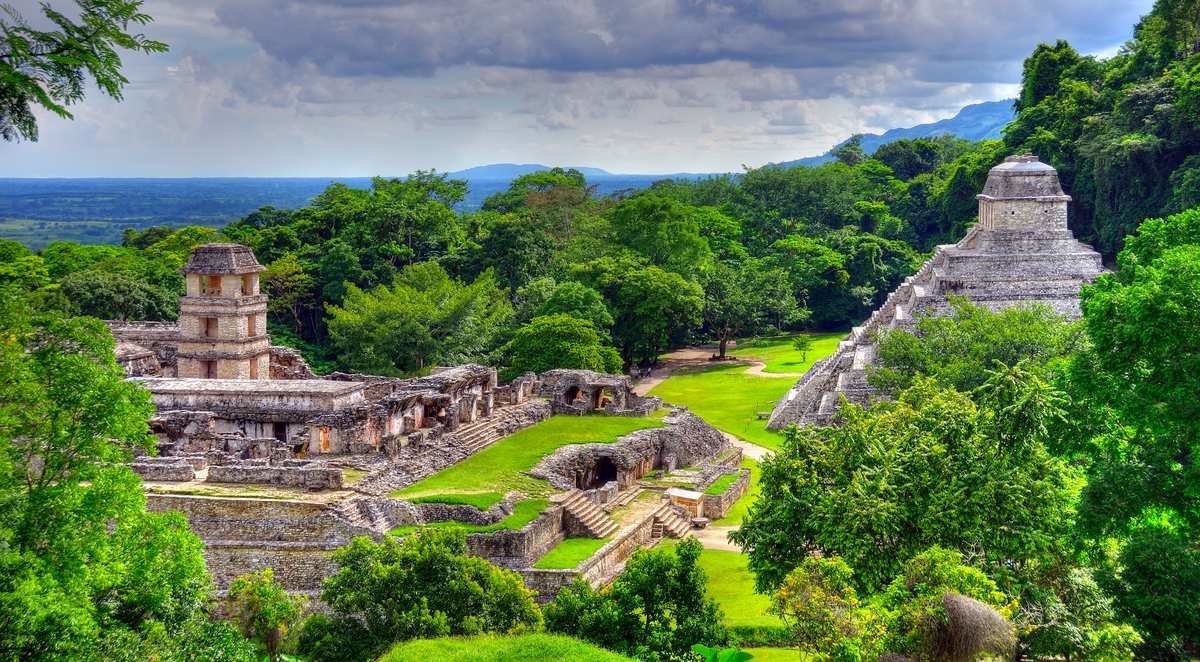 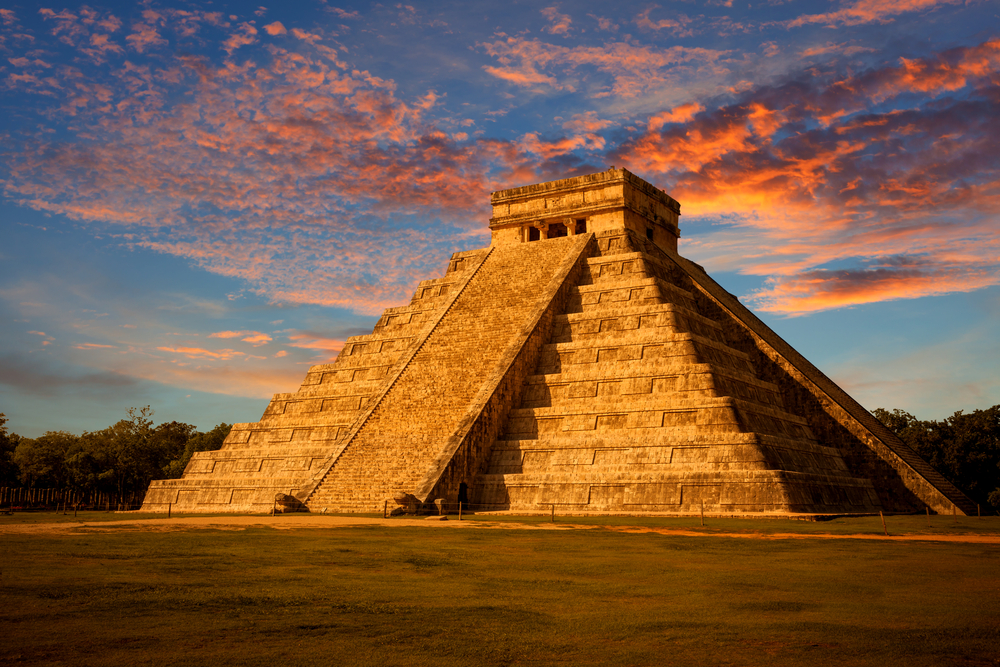 The Mayan civilization is one of the most ancient societies with certain customs and cultural lifestyles. They lived in Central America – modern Mexico, Guatemala, Belize, etc. Mostly in the Yucatan Peninsula. The Maya were famous for a number of technologies that were very modern for their time. They were the creators of the first hieroglyphic writing, which is one of the earliest writing. The Maya created pyramids, sanctuaries, royal residences, dwellings, and this is just the tip of the iceberg. They often enhanced their structures with intricate stone carvings, stucco statues, and paint. Today Mayan design is important because it is one of the few parts of Mayan life that is still available for study. Like all societies and civilizations, the Maya also had their own mythology that they believed in, gods and goddesses that they worshipped, and this is the main reason why they built so many ancient temples to please their gods. Here is our list of the most beautiful ancient Mayan temples.

One of the best things to see in Chichen Itza is a magnificent example of Mayan architecture. El Castillo, “the castle” in Spanish, is the temple of Kukulcan, the God of the Feathered Serpent, who was the supreme God of the Maya people. He was considered the ruler of the four elements as well as the creator of all things. This grandiose temple is in the form of a stepped pyramid of stone. When the sun sets, light and shadow play to show the snake-like feature of the shadows that rise and fall on the temple steps, this mysterious event takes place twice a year, on the days of the spring and autumn equinoxes. It is one of the most beautiful ancient Mayan temples in the world. Read also: Aztecs. Interesting Facts About the Great Empire. 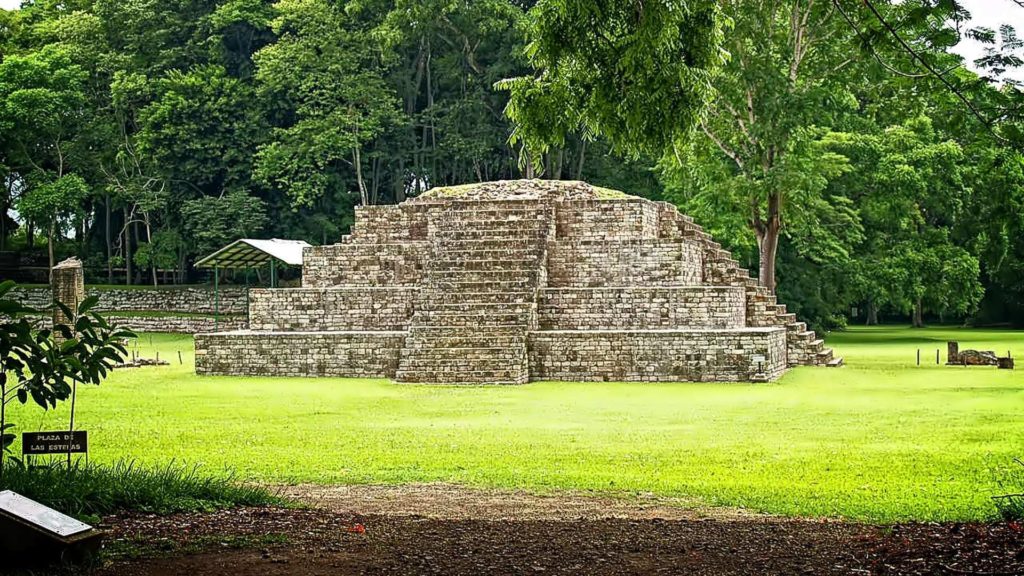 Recently at the site of El Zlotz, near the Great Pyramid of El Diablo, an archaeologist discovered the temple of the Mayan sun god, Quinichahau. This 1,600-year-old temple was lost in the primitive forest of Guatemala and contains many ancient crafts and masks of various Mayan gods, especially the Sun God. The temple is painted blood-red and consists of giant masks that show the phases of the sun as it completes its cycle. Also, read more interesting facts about the Maya. 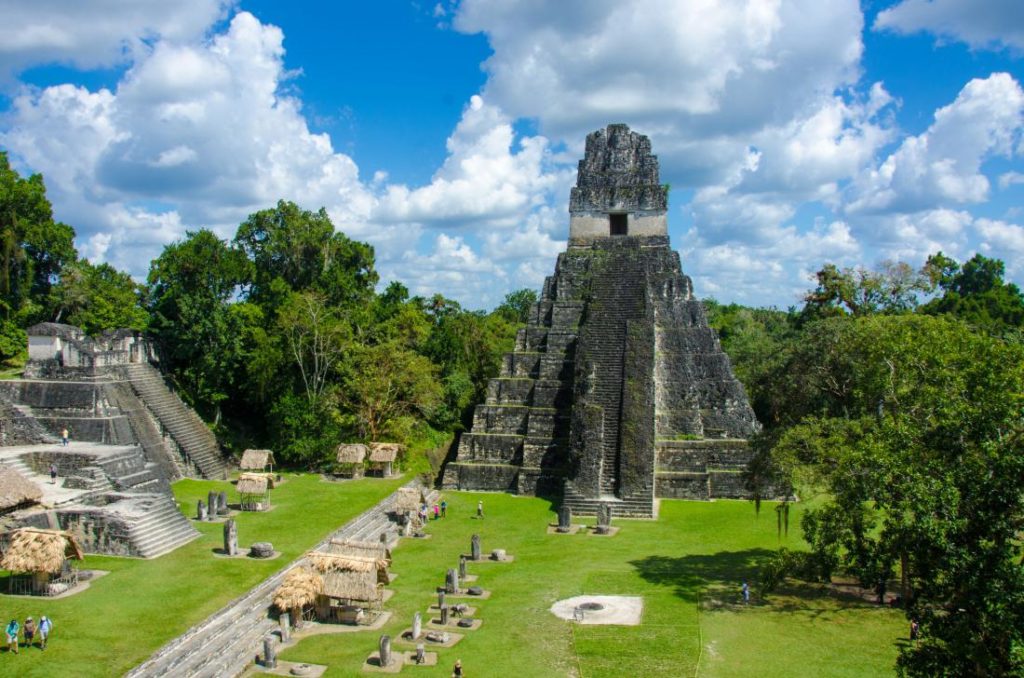 Located in western Honduras, Copan was a small Mayan city. Some of the stone structures in Copan date back to the ninth century B.C. The city had become prominent among the most significant Mayan sites by the fifth century with more than 20,000 inhabitants, but was, for unknown reasons, abandoned after a couple of hundred years. The most notable point in Copán is the ancient Mayan sanctuary, towering 30 meters above the large square of the city. The Temple of Rosalila is one of the best preserved Mayan buildings in Copán. Unlike their other buildings, the Maya did not destroy the Rosalila. Instead it was carefully buried in the loose soil. The stucco panels were covered with white paint to alter its appearance. At the same time, other parts of the structure, including the stucco and niches in the rooms, were lined with clay and stone. Even the original color remains intact. This fact is strange indeed. 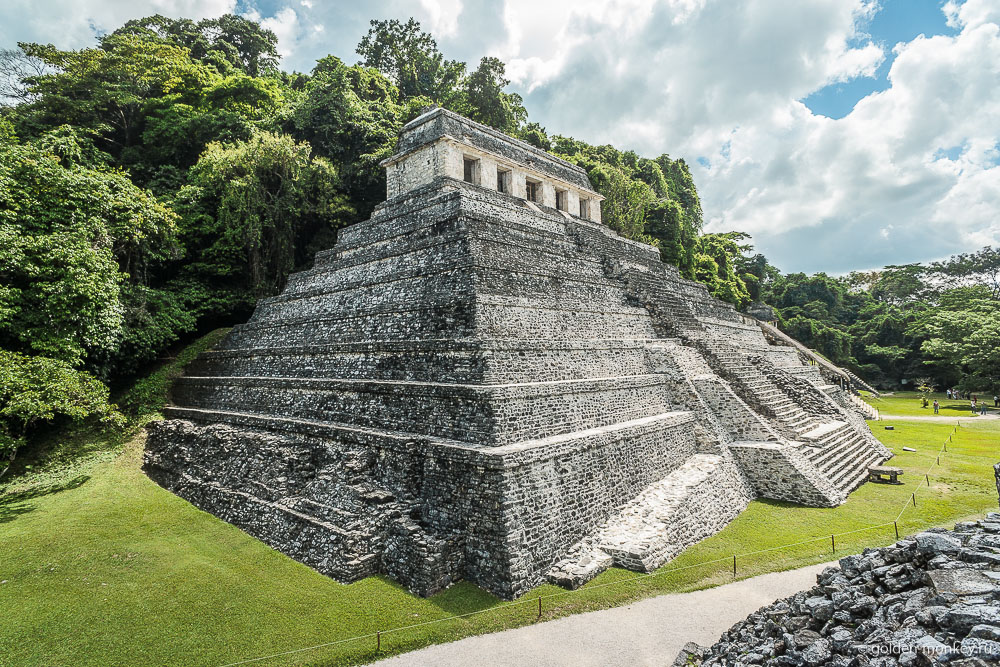 This temple of the Great Jaguar, as it is called, is located in Tikal, the largest Mayan city. It is located in present-day Guatemala. The tomb of King Yasaw Chan Cavilis is buried beneath it with a load of priceless artifacts from classical periods. Located in the swampy rainforest of northern Guatemala, Tikal is one of the most amazing of all Mayan sites. Reconstructed structures are scattered throughout the area, many increasingly destroyed structures hidden by the wilderness. Between A.D. 200 and 900, Tikal was the largest Mayan city with a population somewhere between 100,000 and 200,000 inhabitants. Tikal contains 6 extremely huge sanctuary pyramids. The largest, pyramid temple IV, is about 72 meters high. Read also: 10 Most Beautiful Lost Cities.

The Temple of Inscriptions, Palenque 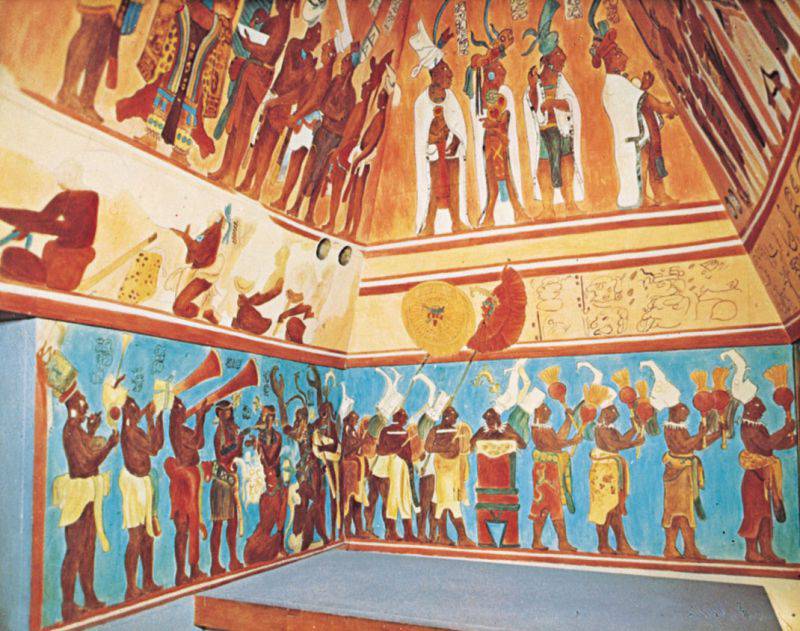 Palenque is an archeological site that was located in what is now Chiapas, Mexico. Palenque is much smaller than some of the neighboring Mayan urban areas, but it contains the best machinery. Most of the structures at Palenque date from about 600 to 800 AD, including the Temple of the Inscriptions. It was made as a Hanab-Pacal monument. It consists of one of the longest hieroglyphic texts of the Mayan world, which tells the story of 200 years of Mayan history as well as the patron deities of the city. The temple gets its name from the three tablets with written inscriptions on them. They are called the Eastern, Central, and Western Tablets. 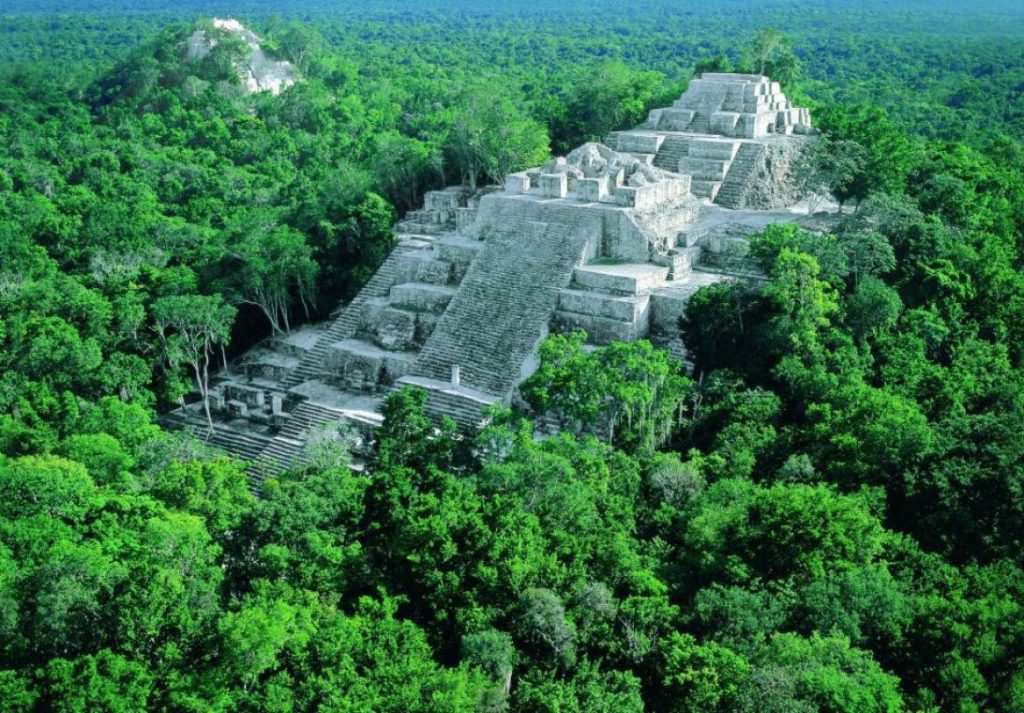 Located in Mexico, this temple is still significant because of its stunning ancient murals known as frescoes. The Mural Temple is a long, narrow building with 3 rooms on a pyramid. The walls of all 3 rooms are covered with beautiful murals. These paintings tell of Mayan kings and queens, folk dances and songs, and bloody Mayan wars. 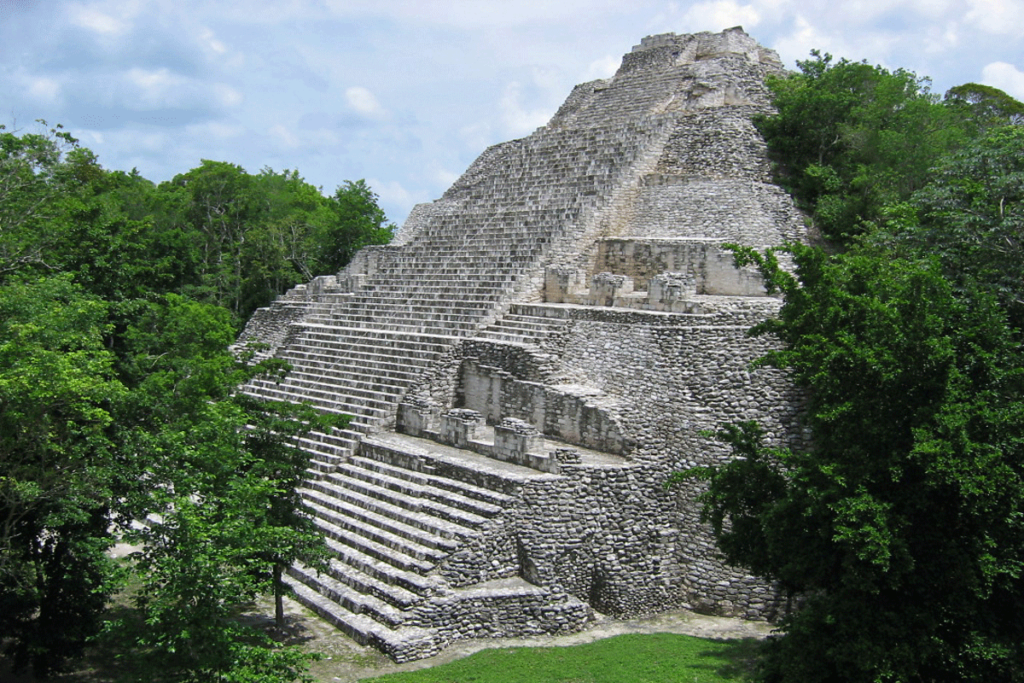 Known as a Mayan treasure, El Mirador is one of the largest sites of Mayan ruins. Found in the deep jungles of Guatemala, El Mirador has the tallest pyramidal temples of all the Mayan civilizations. Breathtaking views of the three pyramids of El Tiger, La Danta, and Los Monos make it the most visited tourist attraction of all the Mayan ruins. It is a paradise for historians and archaeologists. Learn also interesting facts about the Cenotes of Mexico. 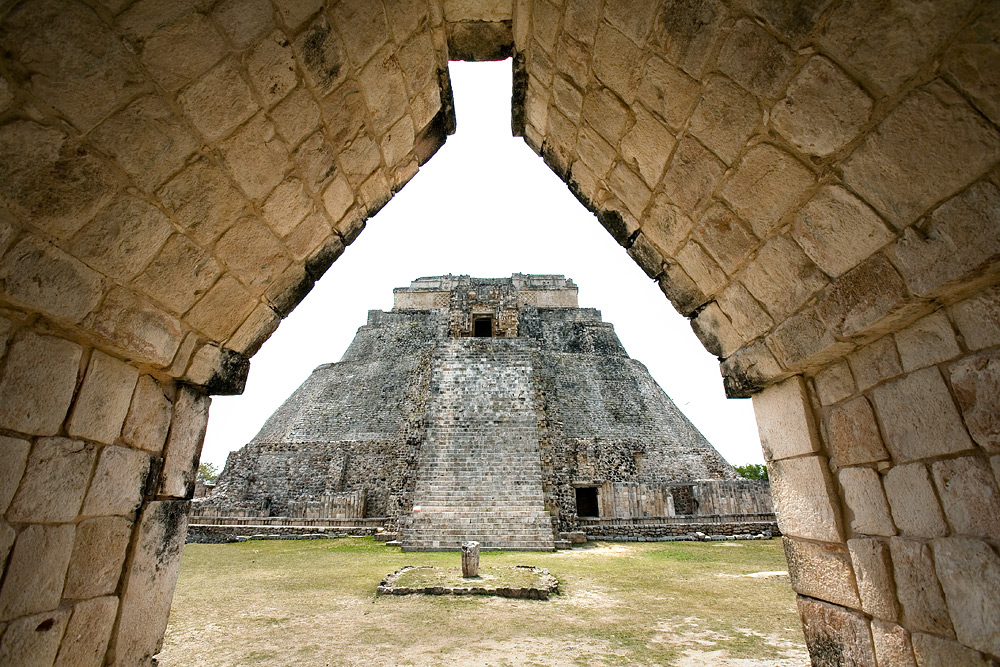 The Temple of Nohochmol in Coba is the most difficult of all the Mayan pyramids to climb. The steep slope, narrow gaps and niches, slippery stones and 42 meters high make the climb almost impossible. But whoever climbs it will be rewarded with a spectacular view of the entire ruins of Coba, as well as the jungle and lakes that surround it. As legend has it, animals were sacrificed on top of this temple. 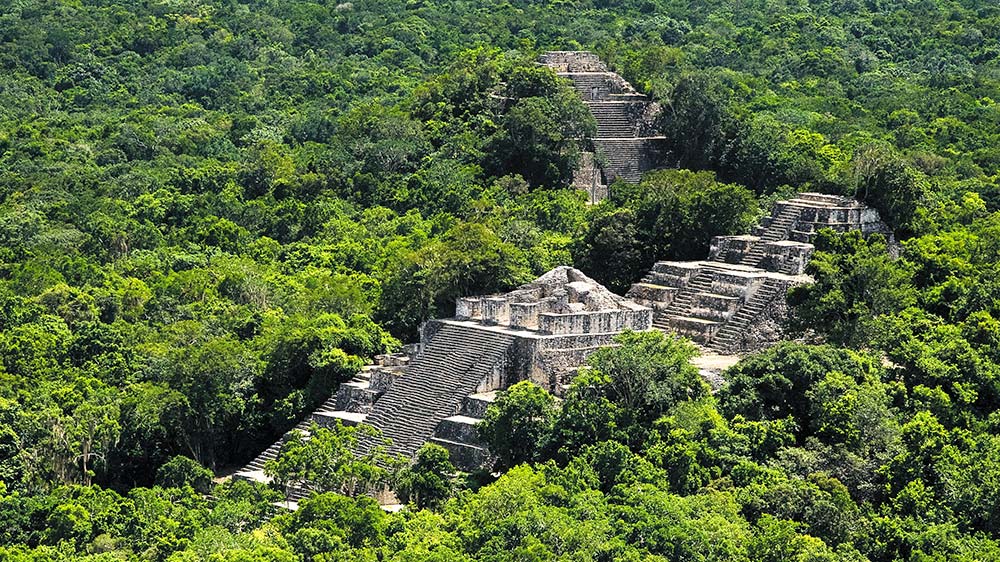 One of the most amazing pyramids in Mexico, El Adivino or the Pyramid of Maga is the central structure of Ushmal, on Mexico’s Yucatan Peninsula. Ushmal means “built three times,” which refers to the three layers of the structure. The pyramids with an elliptical base and circular shape make it different from other Mayan structures. There are many ancient stories associated with this temple. It is one of the most recent monuments of the entire Mayan civilization. Read also: Some Terrible Facts About Human Sacrifice.

Calakmul is a place covered by the wild forests of the Mexican territory of Campeche. It is one of the largest Mayan urban areas with more than 6,500 recognized obsolete structures. The Calakmul pyramid, 55 meters high, is the largest structure on the site. It is a UNESCO World Heritage Site. The beautiful great temple of Calakmul, carries with it a bloody past, as there are four tombs hidden in the pyramid. It is believed that the Caan dynasty once ruled the land of Calakmul. But when the kingdom of Tikal attacked Calakmul, after a bloody battle and the death of the powerful Calakmul King, Jaguar of the Paw, Calakmul began to lose its power. Yet today, in these ruins of Calakmul, the Great Temple of Calakmul stands strong, with spectacular masks of Mayan gods on the facade. Read also: Mysterious Sunken Cities of the Ancient World.