The famous White Villages in Andalusia attract the attention of tourists everywhere and cause a desire to necessarily visit these unusual settlements. However, they seem unusual only to many visitors, while all Spaniards know that this coloring inhabitants of the villages of the hottest regions protect their homes from the sweltering heat.

Most of the White Villages are located in the highland provinces of Malaga and Cadiz, where the daytime summer temperatures often exceed +48 degrees. Due to the reflective effect of the white color, local residents are able to maintain a comfortable microclimate in their homes without the use of modern air conditioners and tricked-out split systems. The method, tested for centuries, works effectively today, pleasing Andalusian peasants with its reliability and cheapness. 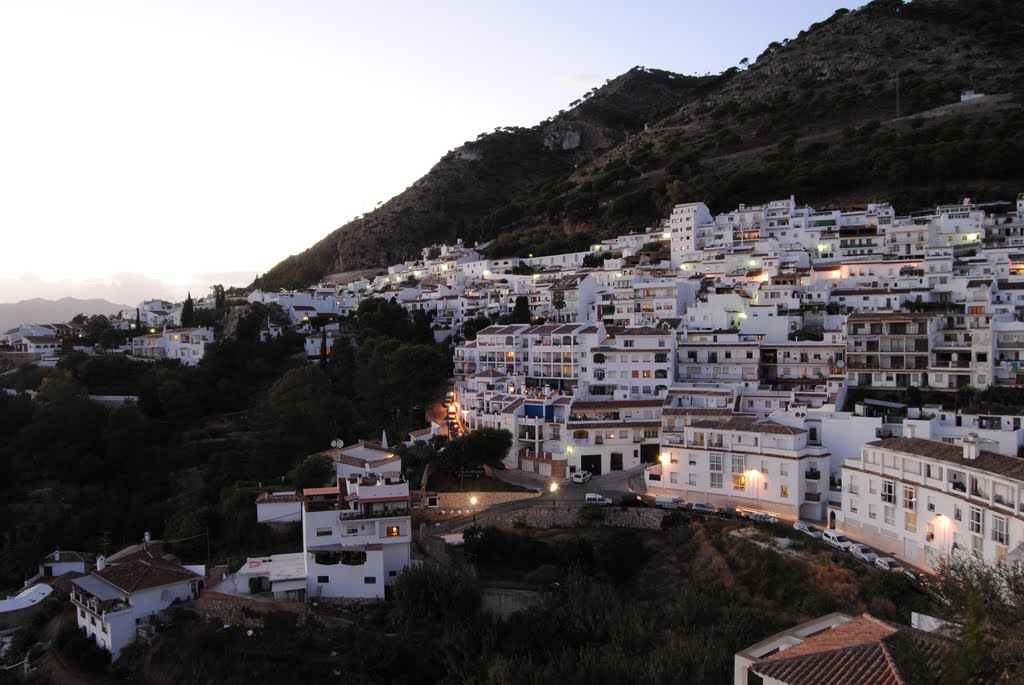 The white villages of Andalusia are incredibly spectacular from afar, striking the imagination of travelers with their dazzling glow, standing out brightly against the green forests and brown slopes of the surrounding mountains. At first glance, the villages look like twins, but each has its own characteristics and personality. 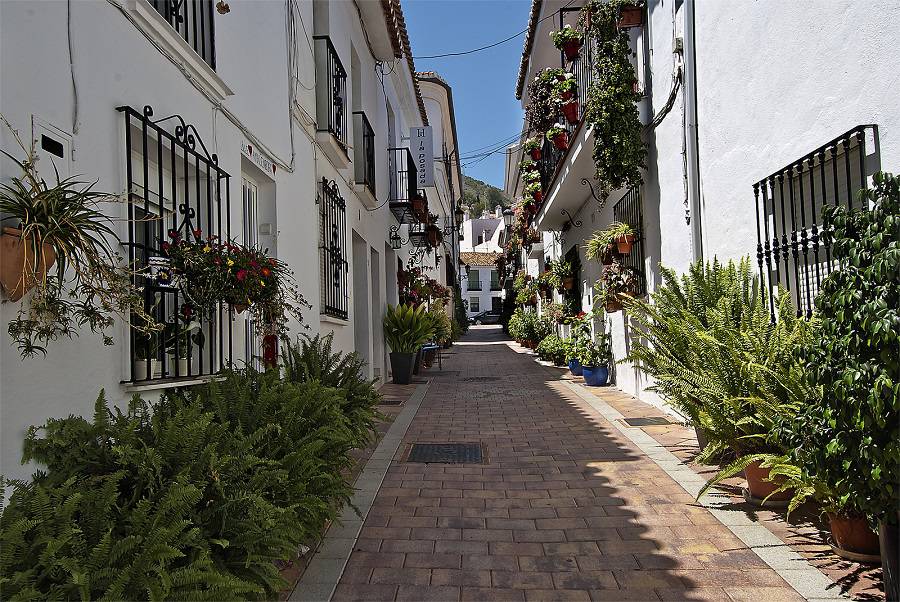 This urban-style village or town with a rustic bias is a typical representative of White Villages. Small population, mountainous location, agricultural development – these are the main features of most of these villages. The proximity of Mijas to Málaga (only 30 km. on the road) allows for the effective development of tourist destination, making it a kind of example of a typical White Villages with neat streets, traditional rural institutions and noisy cheerful festivals. To get around in Mihas you can hire a kind of local cab (burro-taxi) – hard-working donkeys with harness and individual registration numbers. 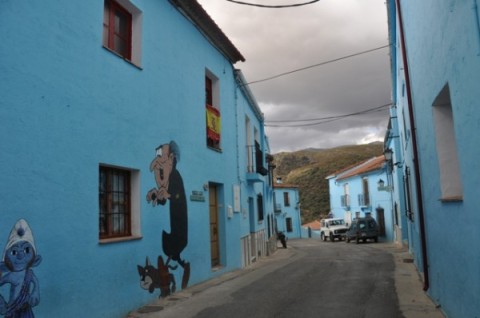 A must-see is the small white village of Huscar, which previously did not stand out in any way. However, in 2011, it was chosen as the place of presentation of a new Smurfs movie produced by Sony Corporation, and all the houses were repainted in sky-blue colors with the consent of the residents. After the presentation, residents did not want to return the usual white color, and Huscar became the first Blue Village in Andalusia. 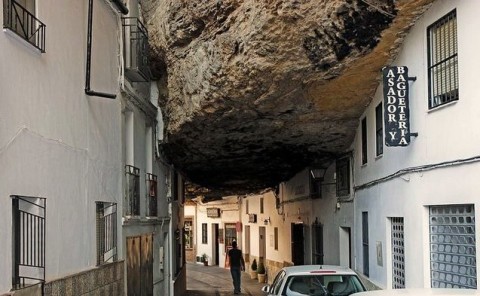 The location of the village of Setenil de las Bodegas is in the northeast of the province of Cadiz, famous for its high mountains with wilful rivers and deep gorges. In one of these gorges, on the bank of the river Rio Trejo and built an unusual white village. The singularity of Centennial lies in the fact that it is literally built into the cliffs. All the natural mountain niches and canopies were used to build houses, churches, stores, and entertainment venues, and some of the cliffs are practically hidden behind the resulting structures. 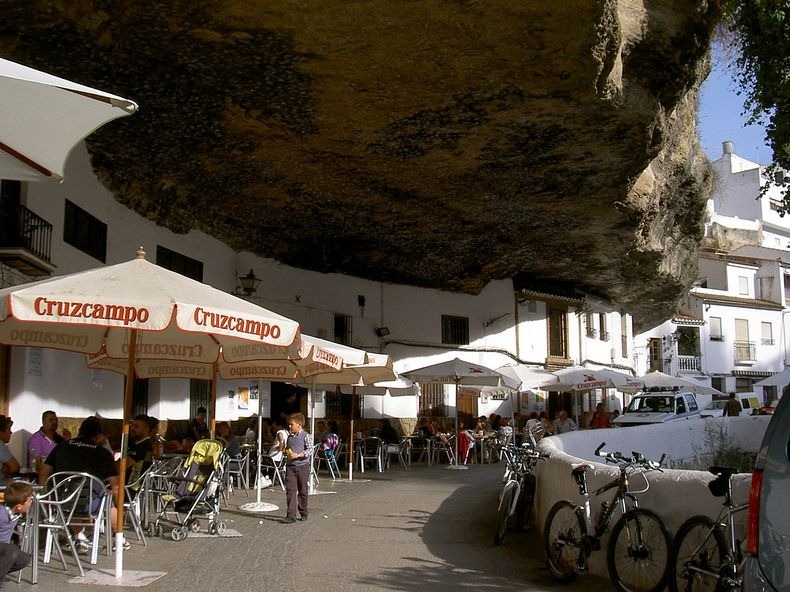 A distance of almost 100 kilometers from Malaga, on the very border with Ronda is Casares, the most beautiful White Village of Andalusia. 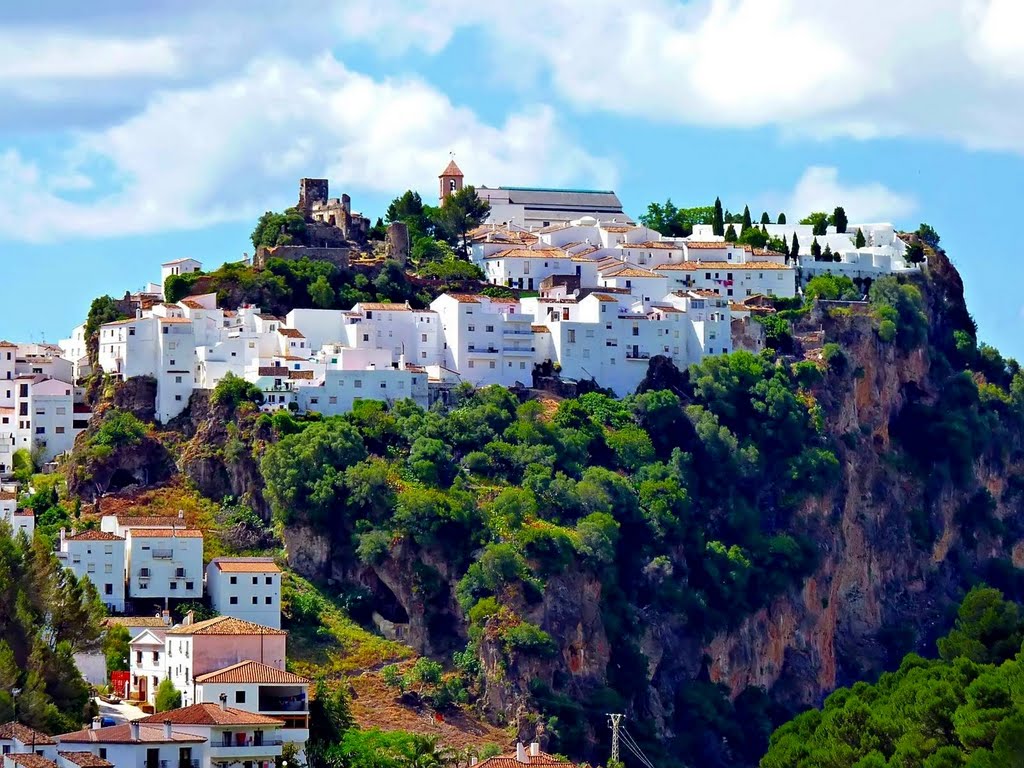 The inhabitants and administration of the village have managed to preserve it in its most pristine form and receive for their reverent attitude towards historical monuments the title of Historical-Artistic Complex. Orchards, colonies of griffins on the slopes of the mountains and over the picturesque river Guadiaro – Casaris (Andalusia) and its surroundings are very beautiful indeed. 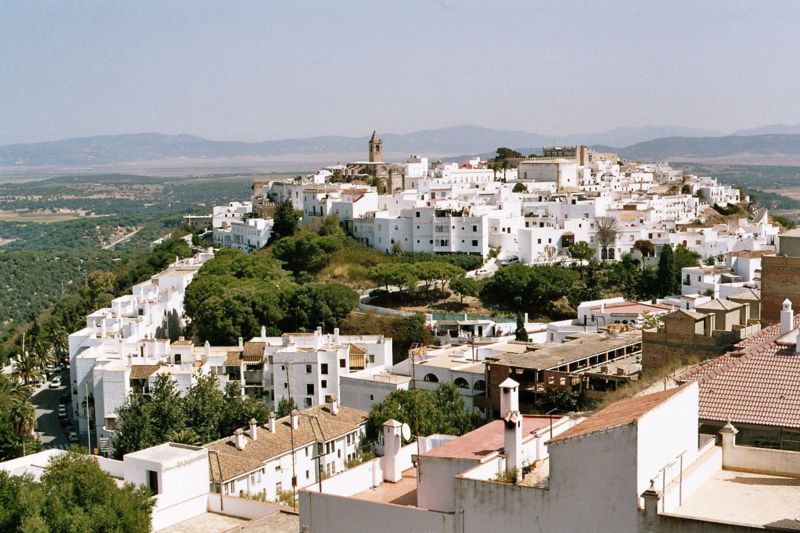 Lovers of spectacular views and beauty will not be disappointed with the other White Villages in the southern provinces of Spain: the small town of Ohen, nestled near the Sierra Blanca mountain near the resort of Marbella; the quiet and peaceful Medina Sidonia, which like Casares has preserved its historical traditions; and the picturesque villages of Arcos de la Frontera, Vejer de la Frontera and El Bosque. 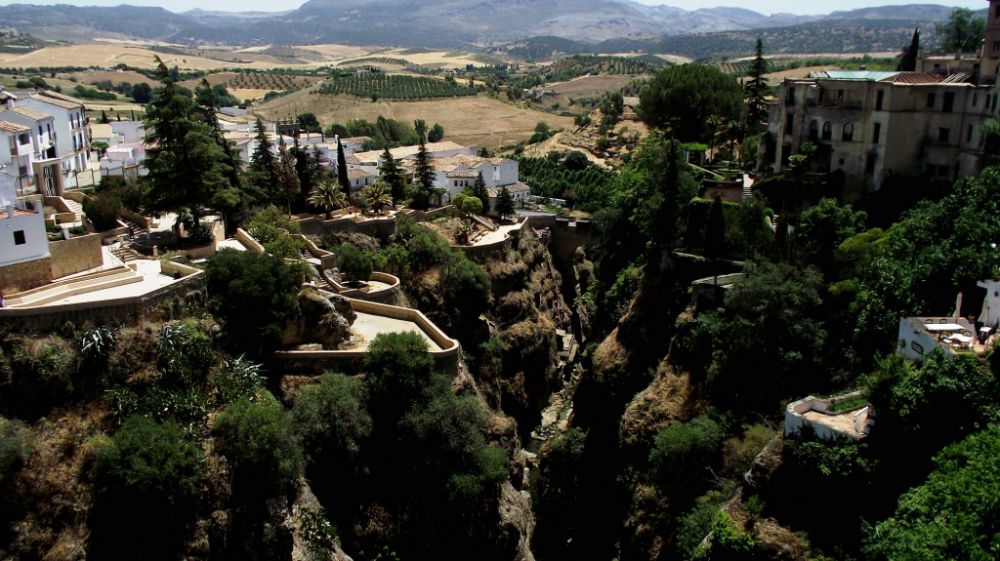 A visit to Ronda, one of the most unusual towns in Andalusia, should be the beginning of the White Villages tour or its final chord. Since ancient times, this city with its rich history, impressive location and proud temperament is considered the informal capital of the White Villages, as well as the birthplace of the famous Spanish bullfighting.