Rhine, Germany: Why to go, what to do and visit, where to eat, travel tips 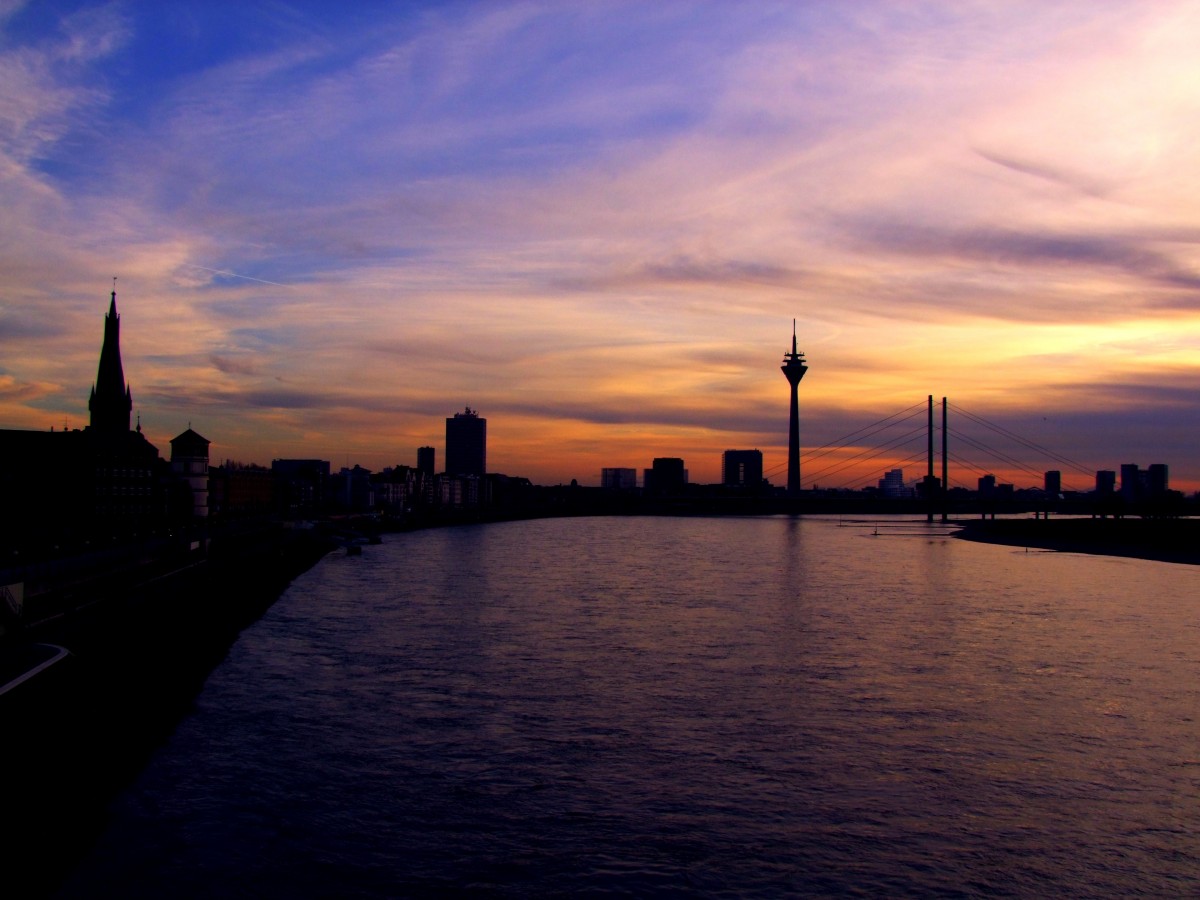 The Rhine (Rhein) is one of Germany’s most beautiful rivers, springing from the picturesque Alps. Its path is lined with vineyards, majestic castles, beautiful valleys, shale mountains, historic towns, and idyllic villages.

The winding stretch of river between Rüdesheim and Koblenz is fabulously beautiful and truly magical. It is steeped in romantic legends and numerous mysteries. That’s why this section is rightly called the Romantic Rhine (Rheinromantik). The total length of this route is 67 kilometers.

The Romantic Rhine is one of the most popular tourist routes in Germany. The main influx of tourists is observed in the summer and early fall. However, even in winter the flow of guests does not dry up. 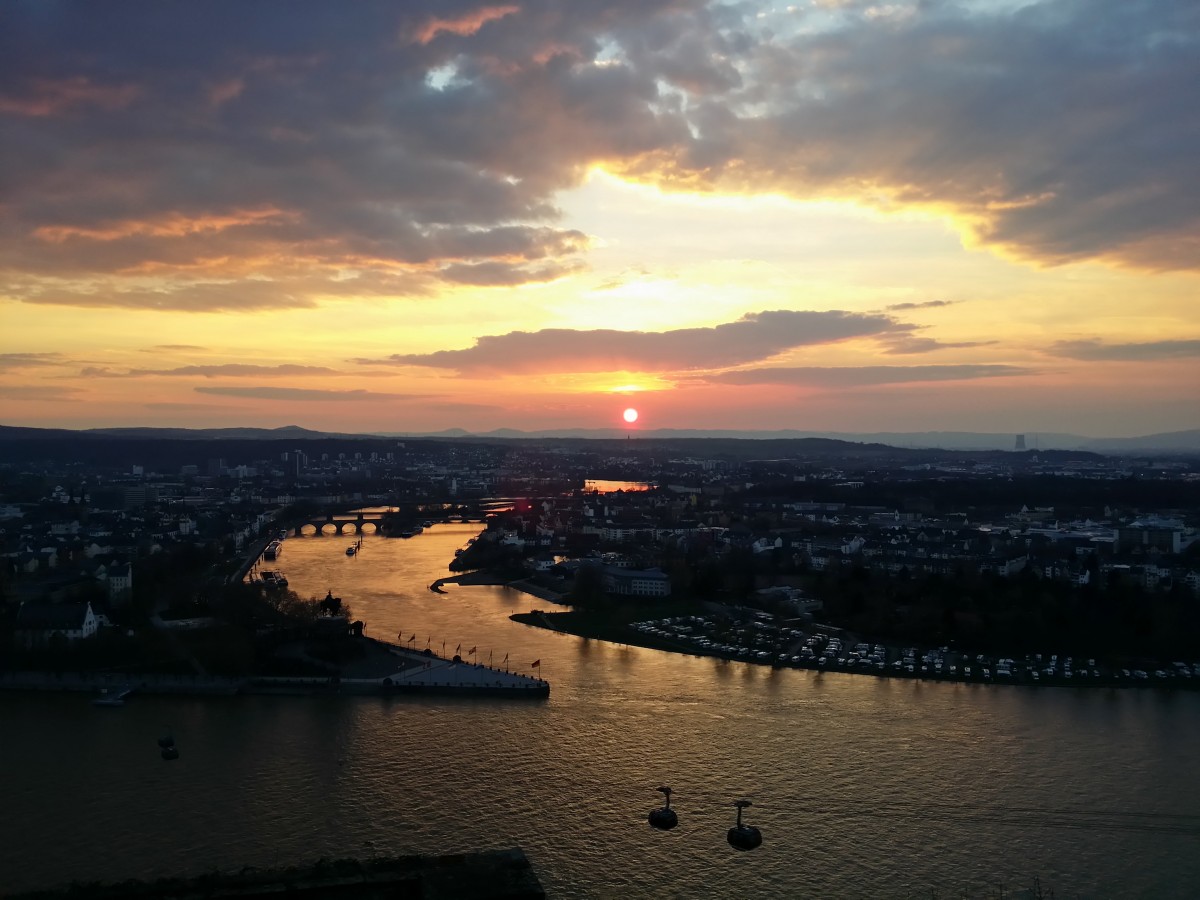 What to see: The top 7 most interesting sights in the Romantic Rhine

What to do on the Romantic Rhine: Top 7 things to do and see

Where to eat and what to drink

Watch the video about the Rhine at the link below:

Instead of hotels you can book an apartment (1.5-2 times cheaper on average) at AirBnB.com, a very convenient worldwide and well-known apartment rental service with a 2100 rubles bonus when you sign up

10 things to do in Dusseldorf 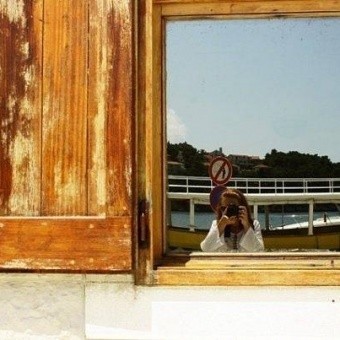 It’s worth getting to know Heine’s homeland better – take a walk through the old town (Altstadt), drink local beer at a table of the old brewery, and look at the residents of this modern and rich city – here they are, relaxed after a day of work, chatting with each other, taking off their jackets. 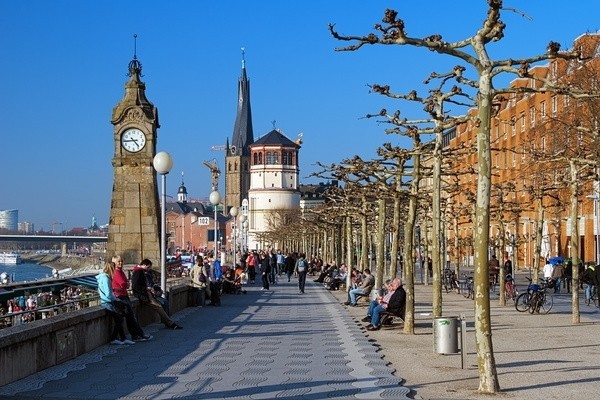 So, what to do in Dusseldorf?

1. Have a beer in the Altstadt, which could claim to be the “longest bar in the world”. There are about 260 eateries, bars, breweries and cafes. It is here that the famous old Westphalian top-fermented beer, Altbier, was invented. It is a pleasure to drink it. We recommend the restaurant “Brauerei im Füchschen” (“Little Fox”). They serve excellent pork knuckle and brew their own Altbier. The brewery has an excellent website. 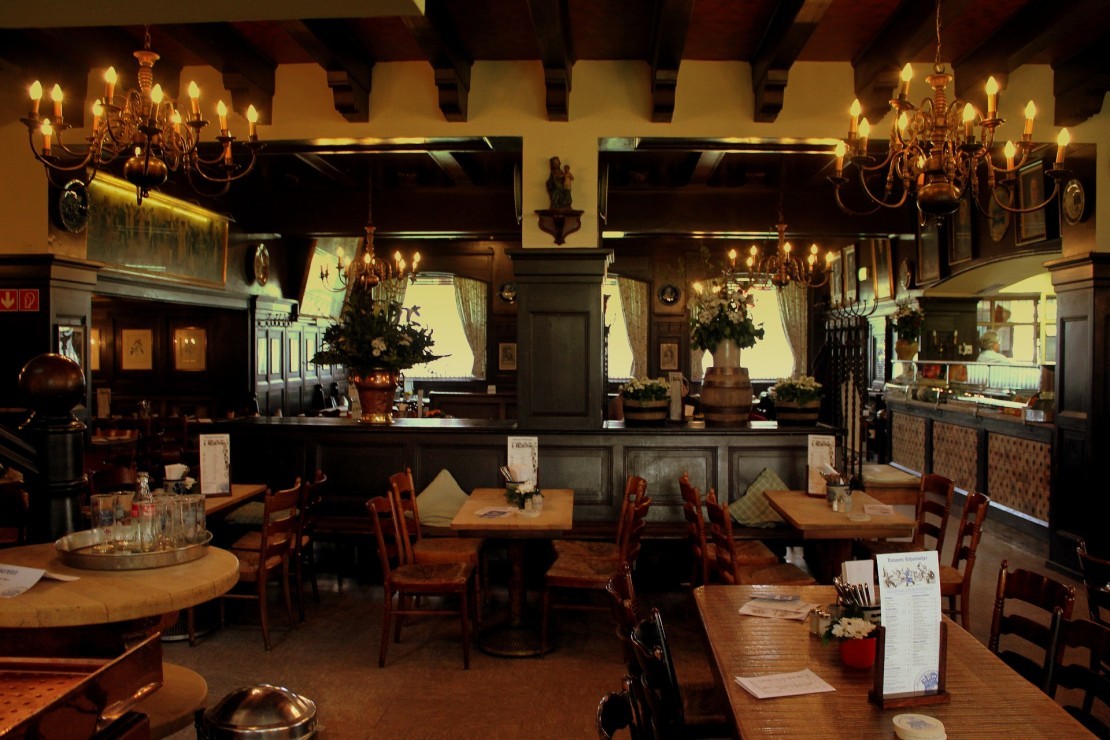 2. If you happen to be not a fan of beer (and maybe alcohol in general), no problem. Try the local chorlé drink. It is a mixture of mineral water and juice (sometimes wine or lemonade is used instead of juice). The most common shorlé is made of apple juice and sparkling water. But the most delicious is rhubarb juice with mineral water, which the restaurant “Brauerei im Füchschen” makes for sale. 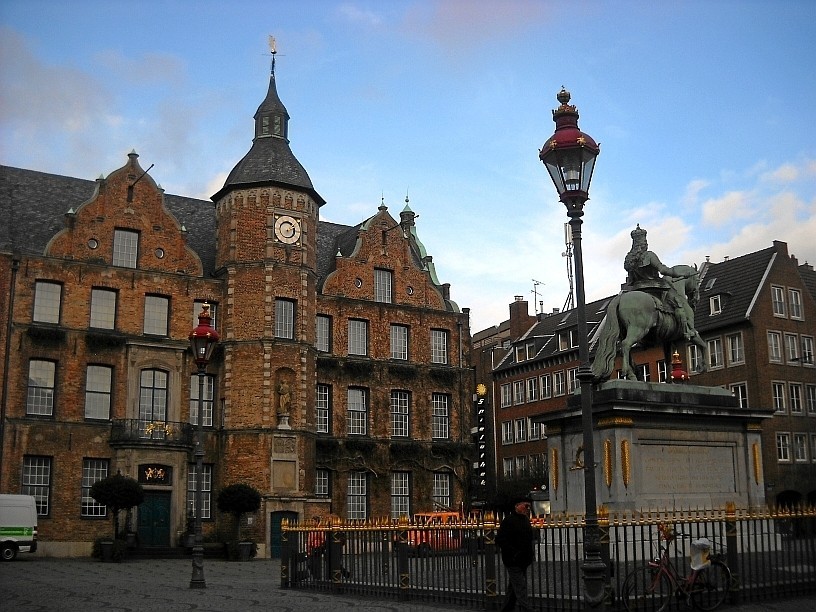 3. Visit an exhibition. Dusseldorf is considered the city of fine arts. The city’s Academy of Fine Arts has educated many famous artists, the Museum Kunstpalast houses a collection of classical European painting and glass, while the Kunsthalle holds regular exhibitions of modern and contemporary art. Under the Rhine in a tunnel between two underground highways, the KIT Gallery is home to young artists. In fact, if you try to count, there are more than a hundred galleries and art galleries in Dusseldorf. 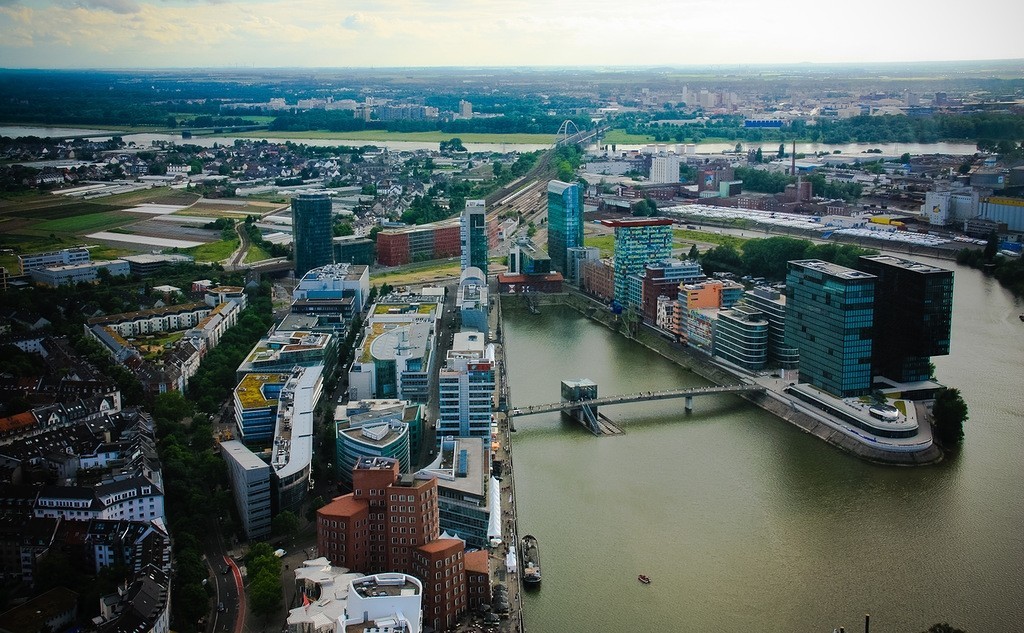 4. Take a walk along the Rhine promenade. The river after all plays an important role in the life of any city, well what to say about the powerful waters of the great Rhine. Locals love to take long walks or jog along the river, there are quality paths for cyclists, lots of comfortable benches where you can take a break. Dusseldorfians recommend watching the sunset on the promenade and then heading for the MedienHafen, where the culture and nightlife are brisk. 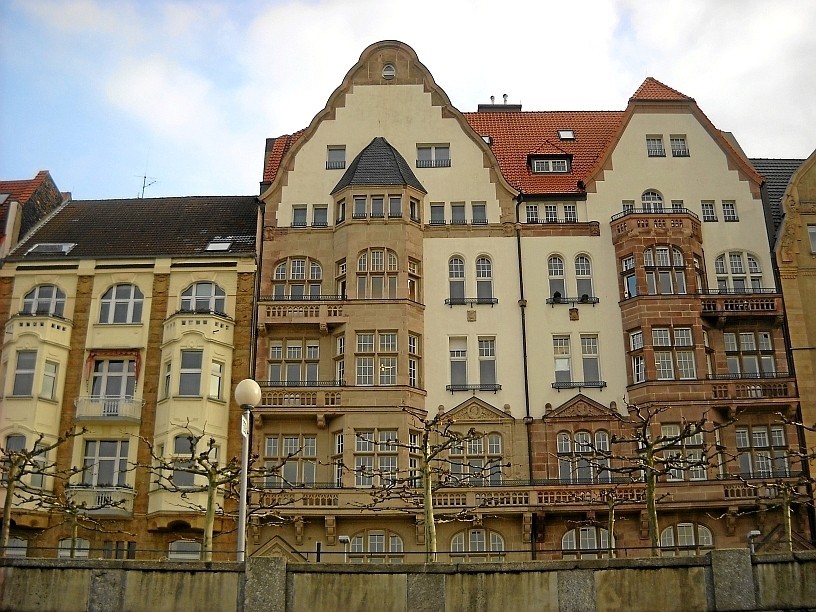 5. Go shopping. Thanks to the most important trade fairs in Düsseldorf and the showrooms of its big-name brands, the city is a true hub of the fashion industry. On Königsallee you’ll find Gucci, Burberry, Chanel and Tiffany & Co. Here you don’t have to worry about what to take home as a souvenir. 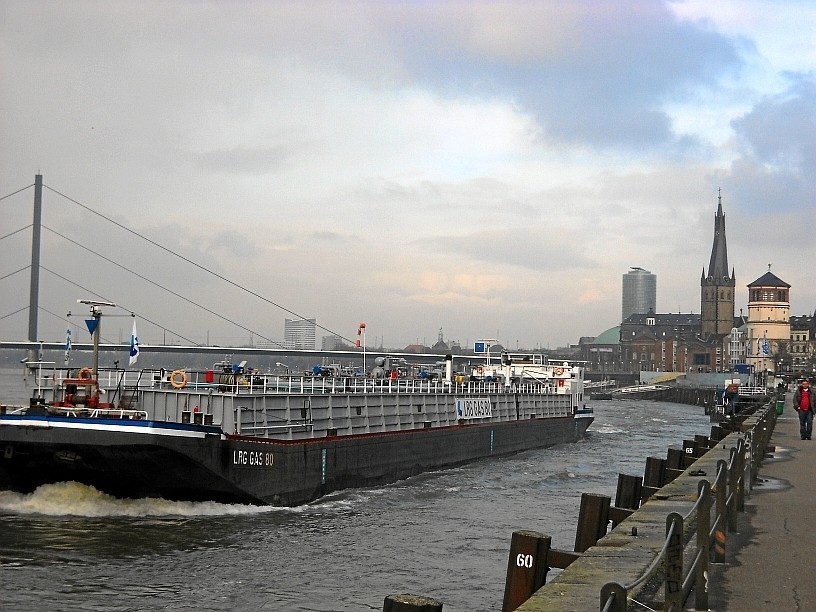 6. Get checked out at the clinic of Dusseldorf University. In general, this is no joke. Medical tourism is gaining popularity in Germany, and in Düsseldorf especially. And do not think that only the seriously ill come to Germany for treatment, who simply do not have a choice. The Düsseldorf Clinic has long offered sanatorium treatment for foreigners. You can apply for examination/treatment through the international department of the clinic.

7. Take part in “Indian Thursday”. On the 11th day of the 11th month at 11:11 am in Dusseldorf everyone begins to go crazy – the “fifth season” begins. – Carnival. The carnival kicks off with “Ladies’ Thursday,” when the women storm the town hall and take over. They cut off the men’s ties, but kiss them soundly in return. On the Sunday following this frenzy, there is a street parade on Kyo Boulevard. The main parade is held the next day, Monday. It is this event that attracts thousands of tourists to the city. Europeans seem to love going crazy en masse

READ
The best beaches in Corsica, France. Where to sunbathe in Corsica? 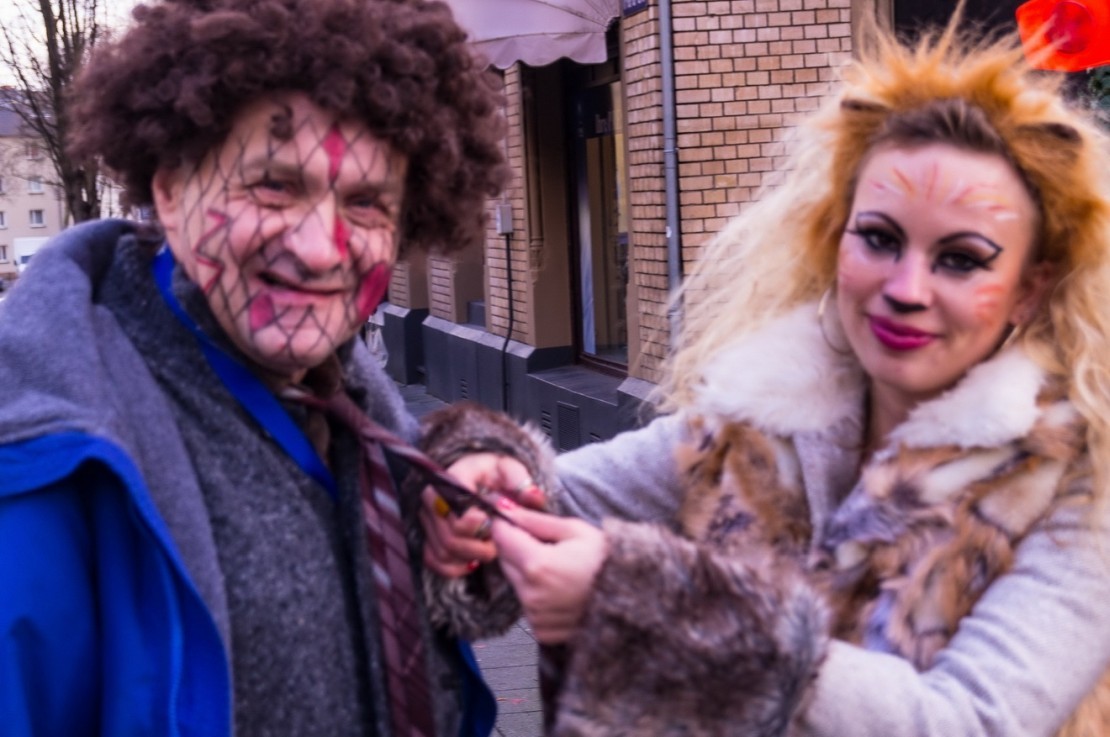 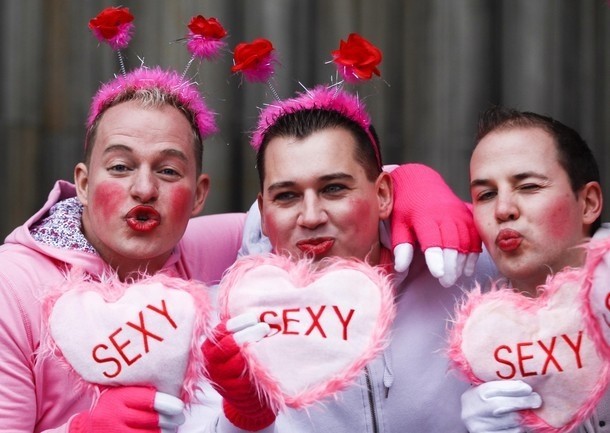 8. Do the wheel. That is, stand on your hands and spin. Here it is a traditional ritual, there is even a monument to the boy doing the wheel. There are several legends about this. The most comprehensible sounds like this: in 1288 at the battle of Vorringen Count Adolf defeated the Archbishop of Cologne, the joy of the inhabitants of the city, and especially children began to tumble in the wheel – Dusseldorf gained independence from Cologne, and from a fishing village on the river turned into a city. 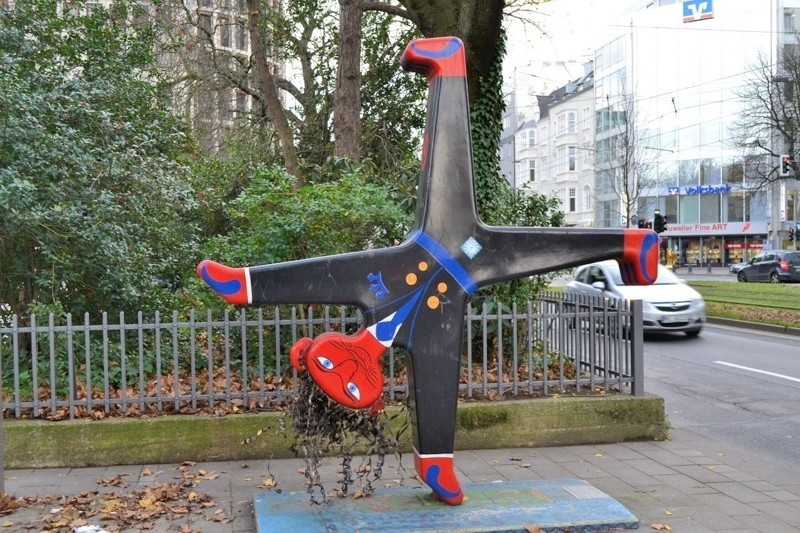 9. Breathe the fresh air in the parks. A fifth of the city’s surface area is taken up by recreational areas, green spaces and forest parks. Düsseldorf’s Green Ring begins at Nordpark with its Japanese Garden and extends to the Urdenbacher Kämpe nature reserve in the southern part of the city. 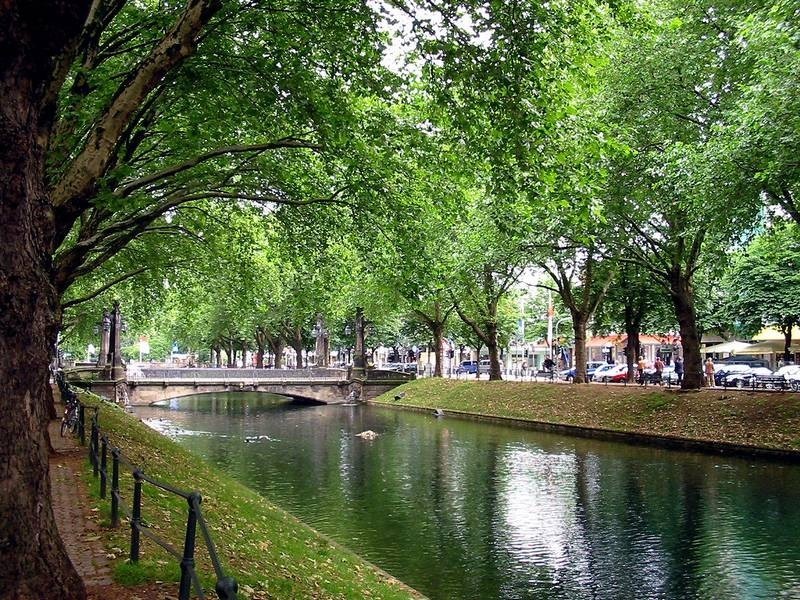 10. Get into the habit of flying through Düsseldorf. In fact, Dusseldorf airport has the tightest schedule of flights to and from Russia among German airports. And from Dusseldorf you can already fly or go further – to a variety of European cities. It is convenient to make a change – there are a lot of decent hotels near the airport, it is not far to the city. For example, you can walk from the international terminal to the Lochhausen district in 25 minutes. There is another airport – Dusseldorf Wiese (Wetze), which is used by budget airlines. Ryanair flies from here to numerous cities in Spain, Italy, Scandinavia, France, Great Britain, Greece, Croatia, there are flights to Morocco. And other low-cost airlines – EasyJet, Flybe, Condor Flugdienst, Meridiana, Spanair, etc. – fly from the main airport. And Cologne airport is not far.