The secrets of holidays in Sharm el Sheikh: where to eat, where to go, what to buy

If you go to Sharm el-Sheikh, you must clearly understand: Egypt is a country where abnormal service is the norm. Understanding this, you will not be disappointed with the rest on the Red Sea. Arabs believe that overpriced goods add value. That it is a compliment to loudly and assertively entice the tourist into your store. What to say, soon you will experience the delights of tourism in the Muslim world. In the meantime, we offer a subjective answer to the question of what to do in Sharm el-Sheikh.

What to do in Sharm el-Sheikh in the first days

1. Have a mango fraiche. And at least five other kinds of freshes. The average price for a glass of fresh juice is £15 – £100. Depends on the establishment. Quality is about the same everywhere. Start with mangoes, one of the most popular fruits in Egypt.

The country grows more than 10 varieties of mango. Some of the tastiest varieties include the Indian, Hindi, Sadiki, Sokari, Timor, and Alfonso. The mango season lasts more than six months: from July to February. Kilos sell for $2 to $6. It’s cheaper in supermarkets than it is off hand. Which cafes in Sharm el-Sheikh have cheap and delicious juices, read here. The photo shows a vegetable and fruit shop in Hainur.

2. Try sugar cane juice. Made in many cafes. Read about the place where they sell a glass of the sweet drink for 5 pounds.

3. Go to Farsha’s Cafe. The warehouse cafe, the nonsense cafe, the anti-utopia cafe. A place where everything or almost everything is made of junk. But it’s a pile of junk that you don’t want to get out of. Cafe Farsha is located on the side of the mountain. It faces the sea shore. About the menu and prices read in this article.

You can swim at night. Allah forbids you to enter the water after sunset. But if you’re a tourist and you have money, a devout Muslim will close his eyes and allow it. There is a beach next to the cafe Farsha. Entrance is paid, about 70 pounds a day pass. They let you in in the evening too!

5. To try the roast pigeon . We did it at the Egyptian national cuisine restaurant El Masrien. Godspeed!

Where to go in Sharm El Sheikh, once you get the hang of it.

6. Feed a cat. Show the Egyptians an example of civic responsibility. Skinny stray animals wander around Sharm el-Sheikh in droves. They congregate near supermarkets, such as Carrefour on Naama Bay. Sometimes they run under tables at cafes and restaurants. Egyptians don’t bother to sterilize their pets. Therefore, there are many cats (looking for free cats) and kittens (looking for food) on the streets. Cats sit in corners – either pregnant or nursing. It’s just like in Arab families.

7. Hang out at a foam party by the sea at the Eden Ibiza Club. Or go to any other nightclub. Cool moves on Fridays at the Hard Rock café in Nabq. Thursdays at Space, perhaps Sharm’s biggest club. A full list of worthy clubs was published by a secret guest of kakest.by at this link.

8. Leave a review on the “excellent” service in the shop. Arabs love it when tourists write in the “book of reviews and suggestions.” They give souvenirs for their favor. But they don’t know what we left in the review. How many funny messages you find when you read the recommendations of compatriots. It’s funny to the point of tears.

9. To discover another world – underwater. Scuba dive. Or at least swim with a snorkel. Or at least go on a boat trip with a transparent bottom.

10. Eat fish and seafood for pennies at the fish market in the Old City (next to the main mosque El Sahaba Mosque, the street leading to the fish restaurant Fares).

The most expensive shrimp at the fish market is 170 pounds per kilo. The price includes grilling, sauce and packaging. Waiting time to order is about 40 minutes. You choose the product yourself.

10 places and things not to miss in Sharm el Sheikh, Egypt

Until 1968, Sharm el-Sheikh was just a quiet fishing village, but in recent years it has become one of the most popular beach resorts in Egypt, where visitors come from all over the world. Hot in summer and pleasant in winter, Sharm el-Sheikh remains the leading tourist destination in the Sinai Peninsula. The article below is a brief overview of places and things not to miss in and around the city:

The warm, clear and clear waters of the Red Sea are a carnival of exotic sea creatures, from cartoon clown fish to wriggling eels. The shallow waters near Farcha beach offer spectacular views for campers and scuba-divers, who can even descend into old shipwrecks. 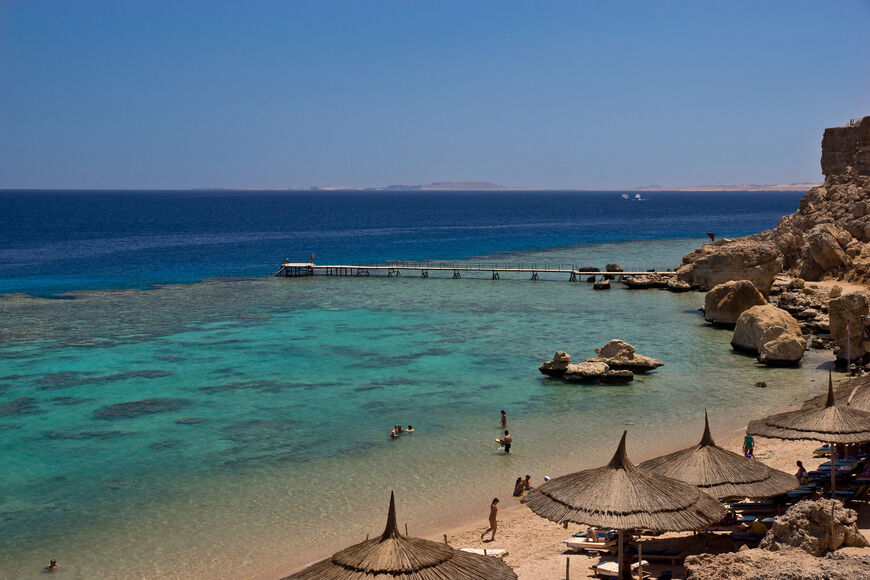 Close to the beach there is an interesting cafe Farsha with colorful striped cushions on the floor, Bedouin tents and swinging red and yellow lamps that light up as darkness falls. One of Sharm’s most famous and unusual establishments . 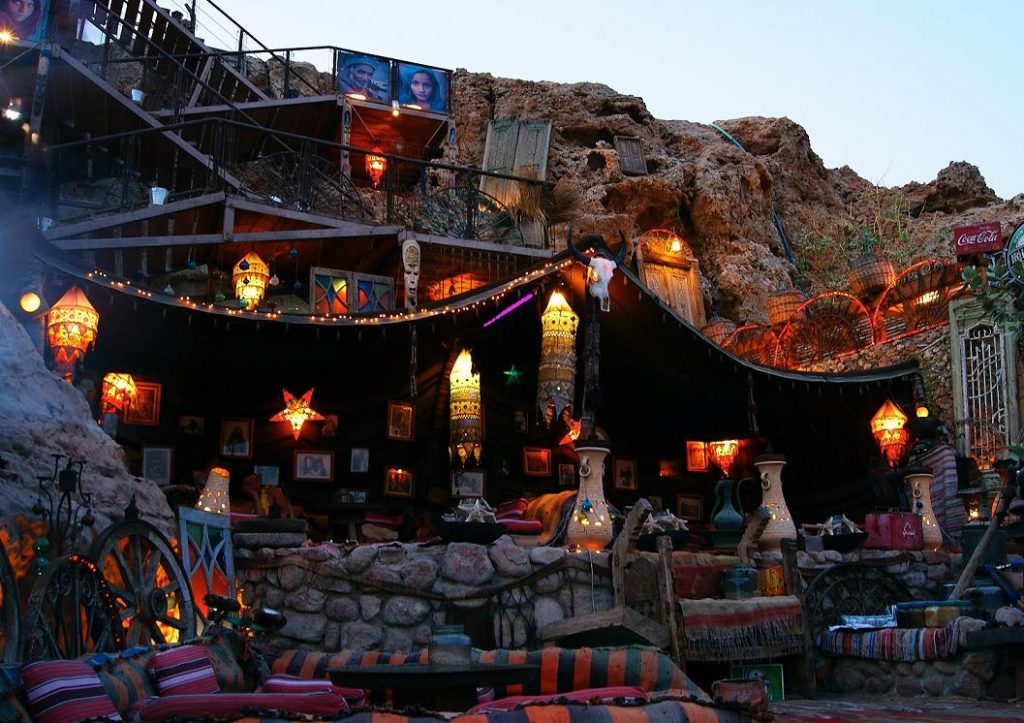 This building is like something out of a fairy tale – its tall spires around its towering dome are the most striking cultural experience you’ll experience in the coastal city.

Impressive by day, it magically comes alive after dark, illuminated by a galaxy of light bulbs. If you want to enter this Muslim institution, note that the dress code is strict, but the staff is happy to offer scarves and robes . 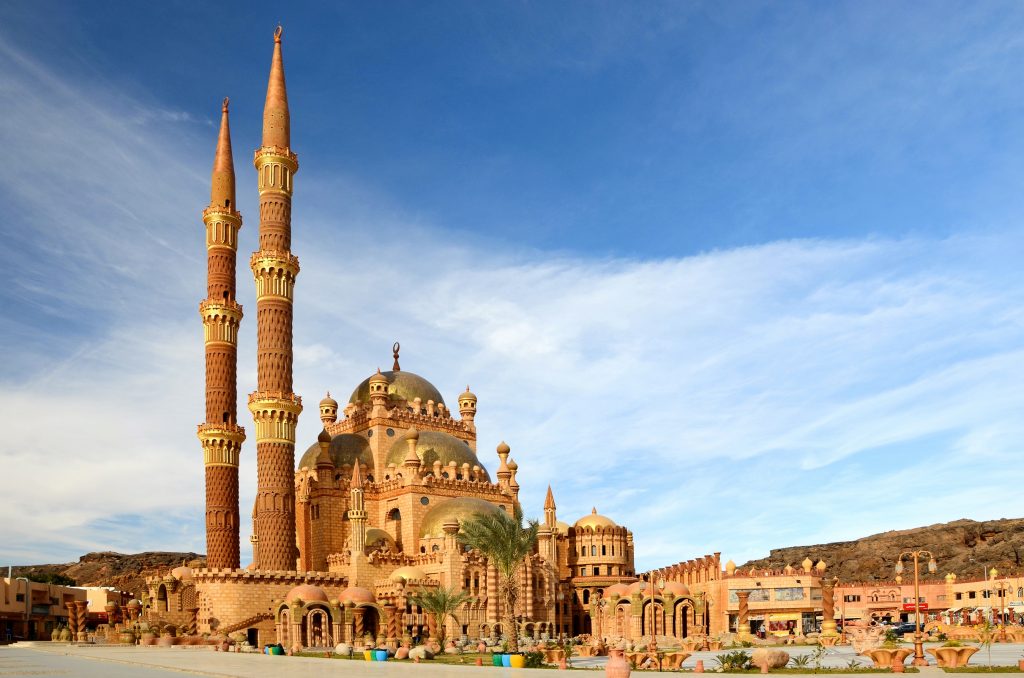 The Copts are the orthodox Christians of Egypt . The faith dates back to about the middle of the first century B.C. – after the Evangelist Mark visited Egypt. The Heavenly Cathedral, built in 2010, is the newest and largest Coptic church in Sharm. You will be moved by the intricate biblical frescoes and if you crane your neck enough, you will see a work of art based on the Apocalypse by St. John the Apostle. 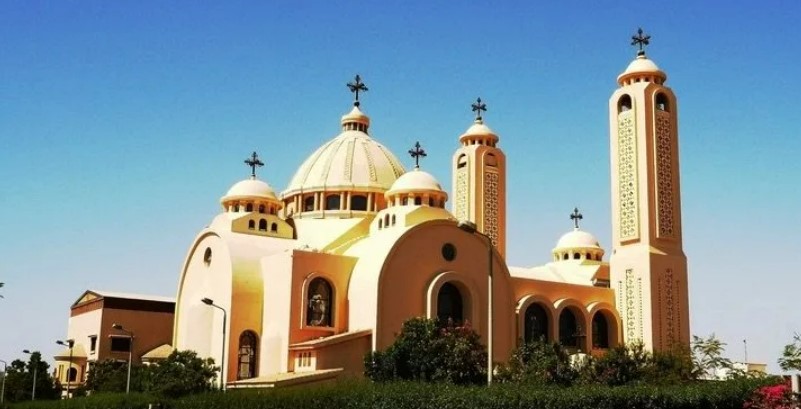 Cheer up and bargain at Sharm El Sheikh’s Old Market, which is set around the elegant Al Mustafa Mosque. There is plenty to buy, from typical souvenirs and Bedouin handicrafts to a huge selection of leather goods. The market is also worth visiting for the exquisite street food. 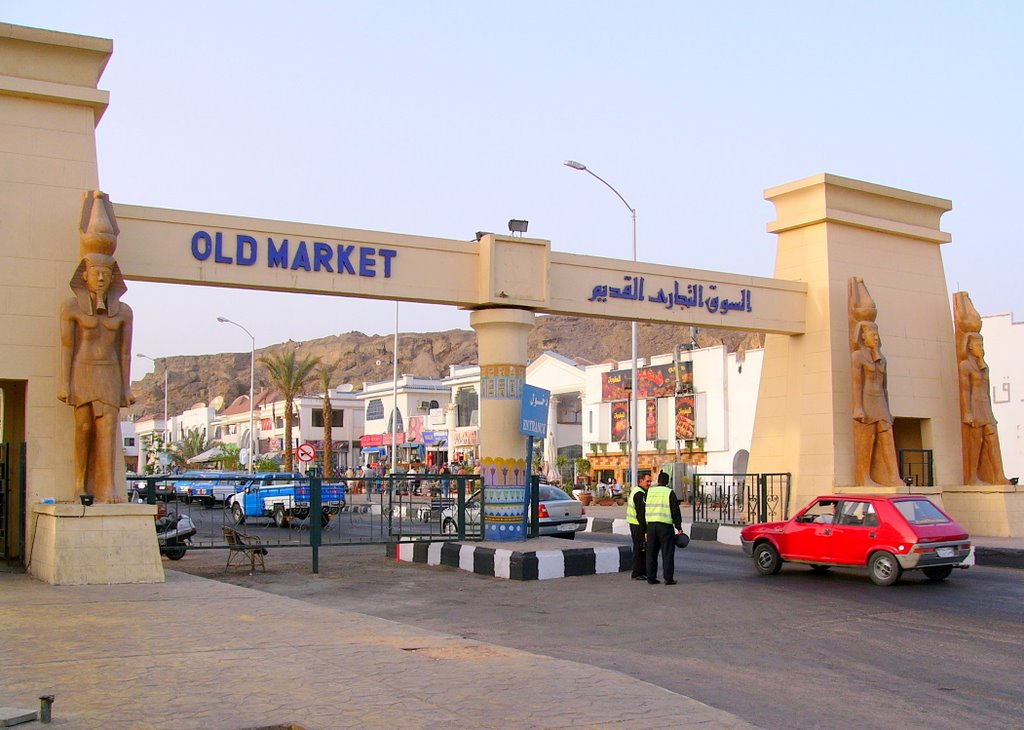 Sharm el Sheikh is famous for its diving opportunities, but the combination of strong winds and mild sea conditions makes the Red Sea an ideal place for windsurfing. Nabq Bay, at the northern tip of the resort, is the place to go for a wave ride. The lagoon is separated from the open sea by a natural reef, so suitable for beginners. Once you’re experienced, you can go over the reef and race against the smaller waves. 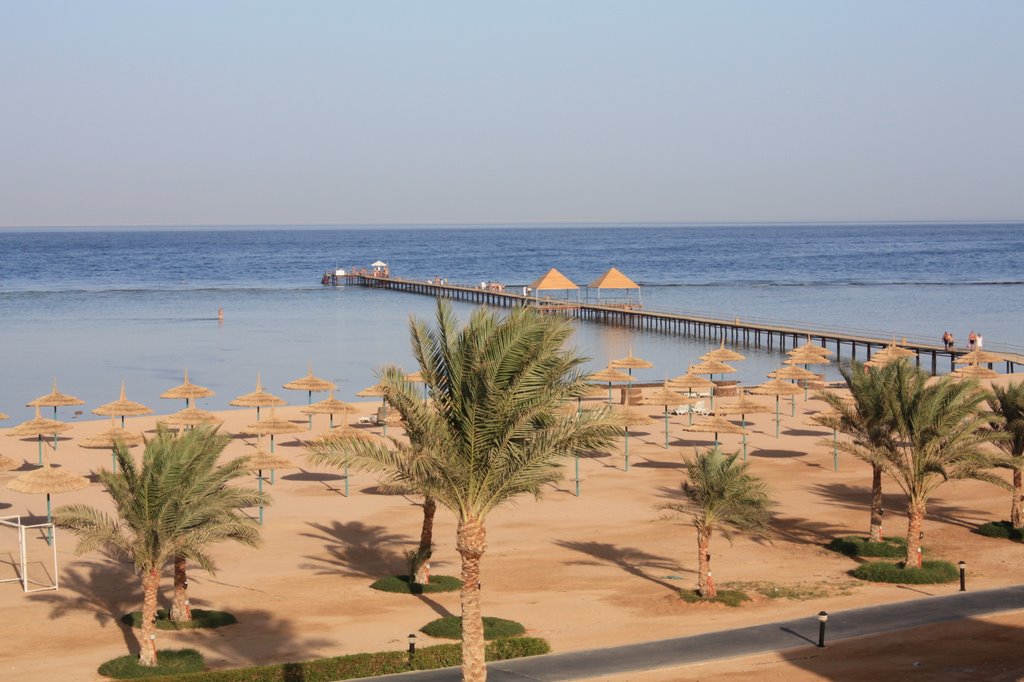 Full of hotels and diving centers for every budget, Naama Bay deservedly attracts many tourists. It is a natural bay where you can do both scuba diving and snorkeling.

It’s also a great place for lounging on the beach – the golden sand, palm trees, clear waters and lively bars and restaurants make for a memorable holiday. 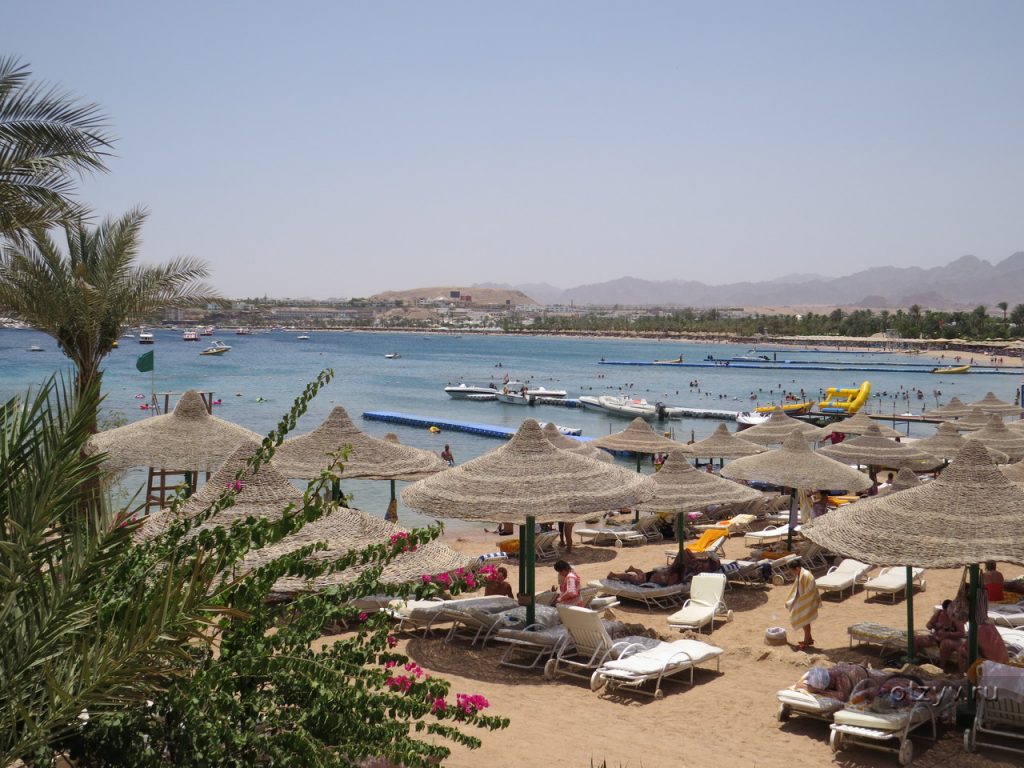 If you’re travelling with young children, a day at Aqua Blu is a delight. This water paradise located in Hadaba guarantees fun for every guest.

The water park with 44 water slides and games, and nine pools will give you an adrenaline rush. Slides such as “Kamikaze” and “Black Hole” will make your pulse beat faster. For smaller children, there are a number of smaller slides.

READ
Pattaya, Thailand. Where is it, when to go and what to see? 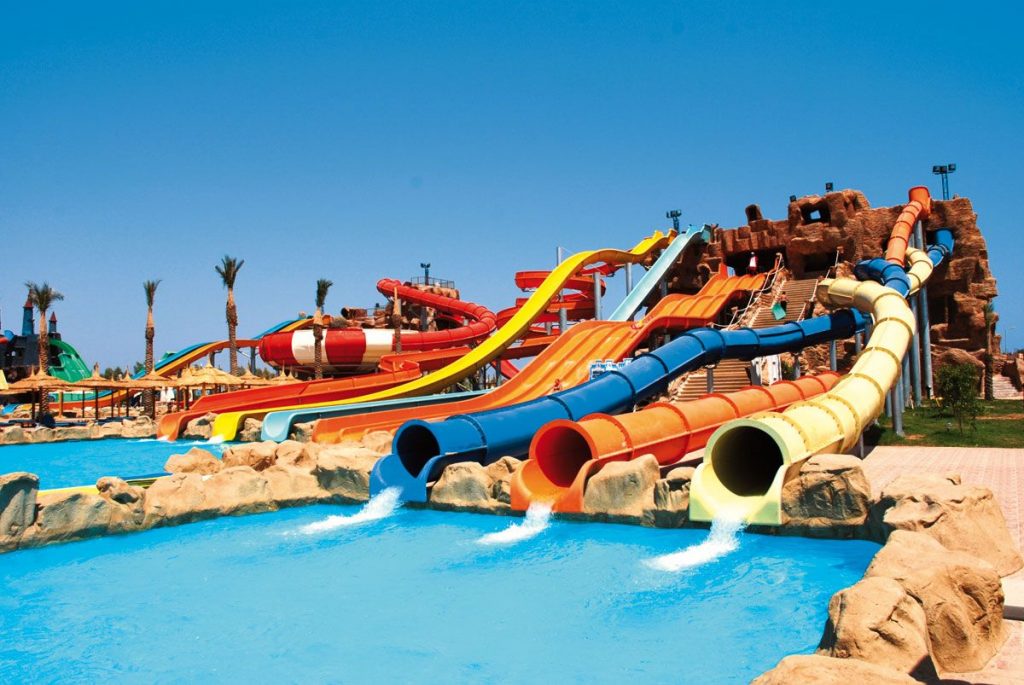 Located at the southern tip of Sinai this nature reserve extends for many kilometers. You will fall in love with this place as soon as you enter it because of its untouched deserts, white sand beaches, and diving and snorkeling sites. 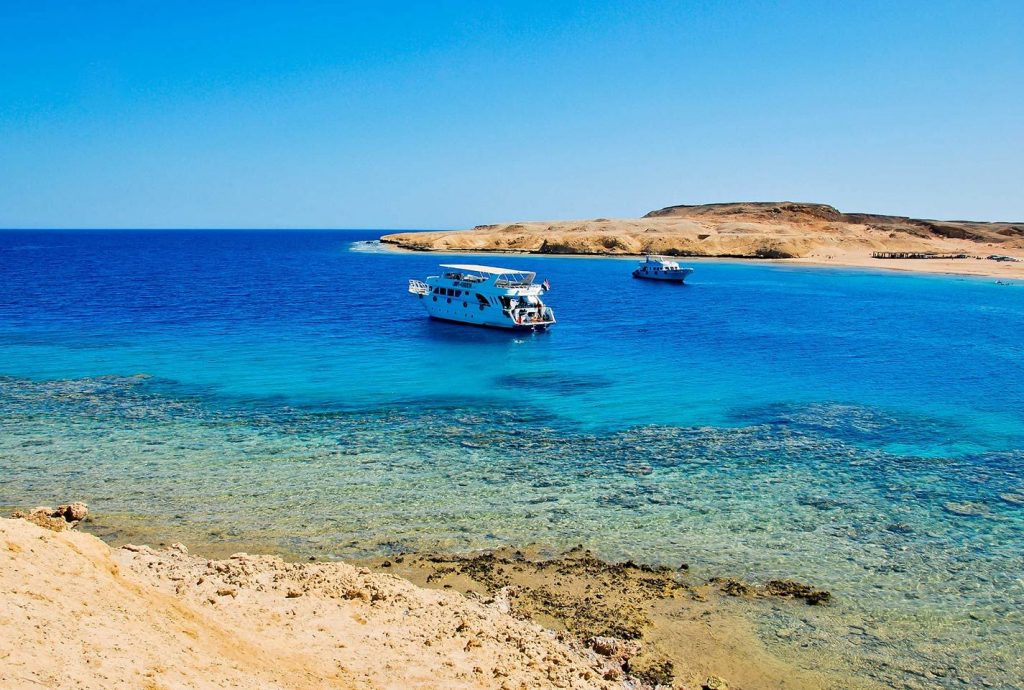 Excursion in the desert

Belly dancing, camel riding, bread making with Bedouin tribesmen, and sunset and star gazing over the Sinai desert is all on offer to the adventurous and educational tour. It is a long trip, but the next day you can relax on the beach or by the hotel pool and reminisce about what you have experienced. 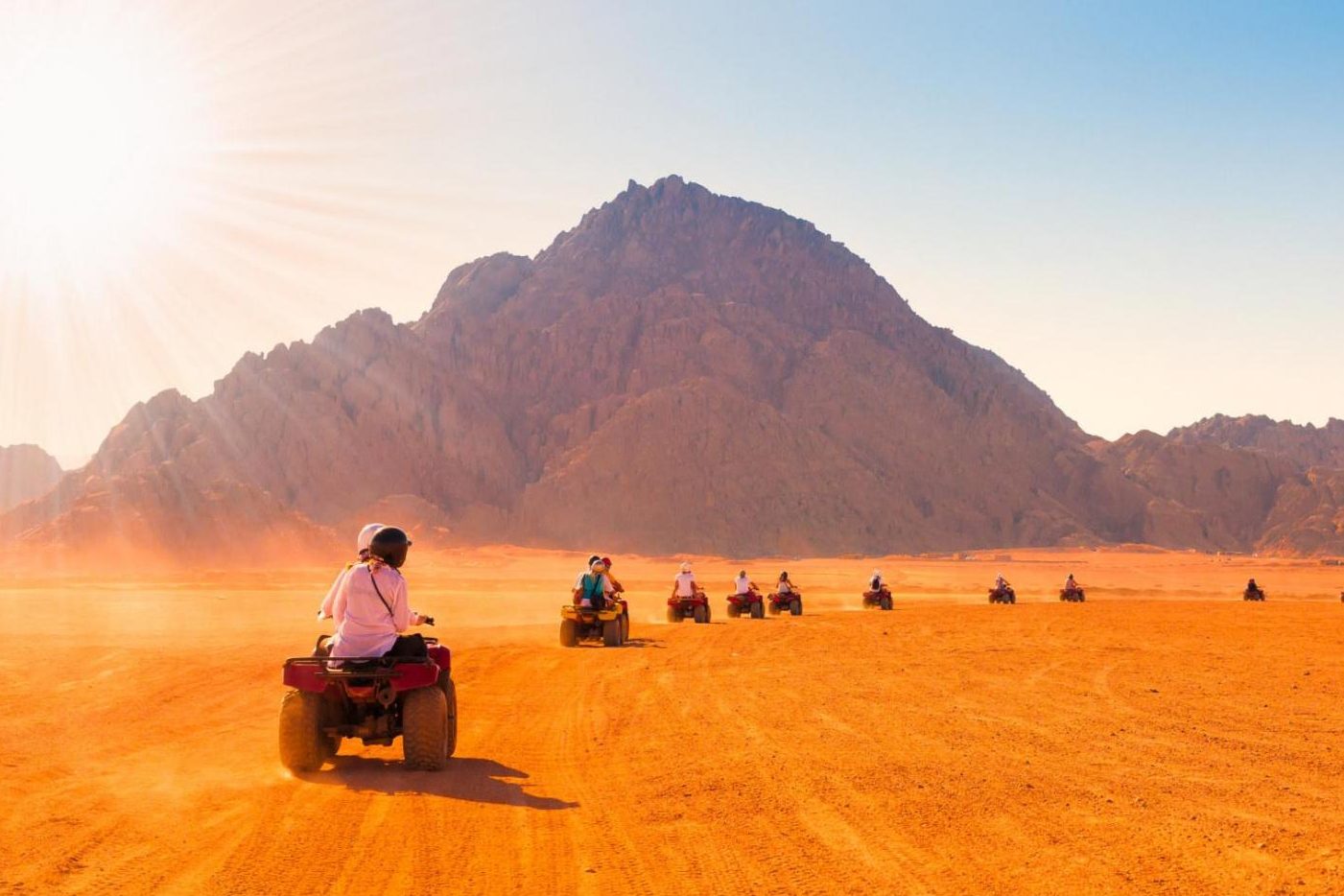 Excursion in the desert