10 places worth visiting in the Czech Republic

If you are just planning your trip to the Czech Republic and have not yet decided on the route, this article is definitely for you. I have tried to collect the most interesting places to visit and popular among tourists in the Czech Republic.

First place always takes the Czech capital – cultural and historical center of the Czech Republic. Prague is home to about 1.3 million people, but that does not prevent it to remain a cozy and compact city whose main attractions – the Old Town, Prague Castle, Charles Bridge – are collected in walking distance. Unlike many other major European cities, Prague was not destroyed by bombing during World War II.

In Prague you can taste inexpensive and the most delicious beer in Europe, to eat cheap and tasty food, visit museums and galleries, buy souvenirs of the famous Czech pomegranate, Czech Cochinor pencils or mole. In addition, Prague is an excellent starting point for visiting nearby European cities – Vienna, Dresden, and Munich. 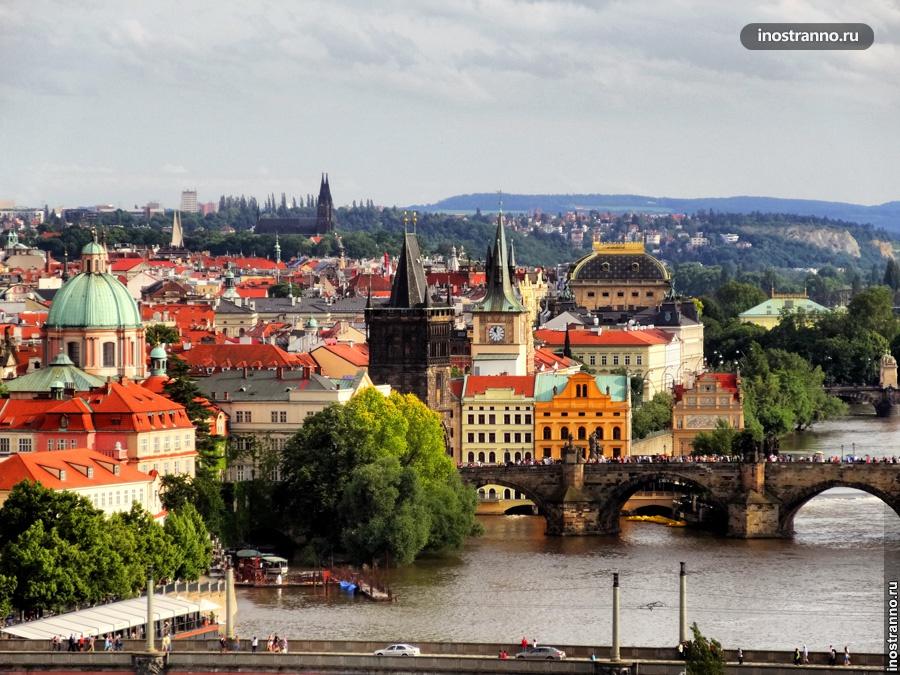 Olomouc is also called the pearl of eastern Bohemia. The historic center of the city is the most famous and best preserved in the Moravian part of the country. Olomouc is famous as a city of flowers, thanks to the annual flower show, and as the center of the Orthodox Church in Moravia. The old town of Olomouc is under UNESCO protection. Olomouc has more than 25 fountains of fanciful shapes. Do not forget to taste the famous Olomouc cheese. 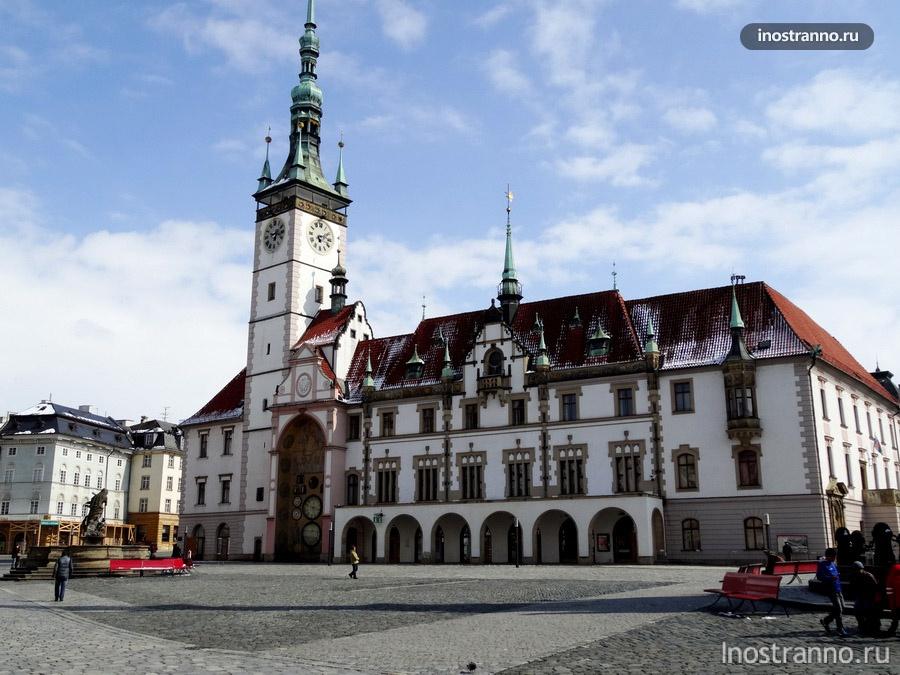 Few tourists can resist the charms of this cozy little town. Český Krumlov is situated on the Vltava River, and is home to only 16,000 people. The narrow, winding streets and doll’s houses with red tiled roofs give the town the enduring feeling of being in a fairy tale. The town has its own castle, several museums, and St. Vitus Cathedral. When visiting Český Krumlov with a guided tour, you will also stop by one of the most beautiful castles in the Czech Republic, Hluboka nad Vltavou Castle. 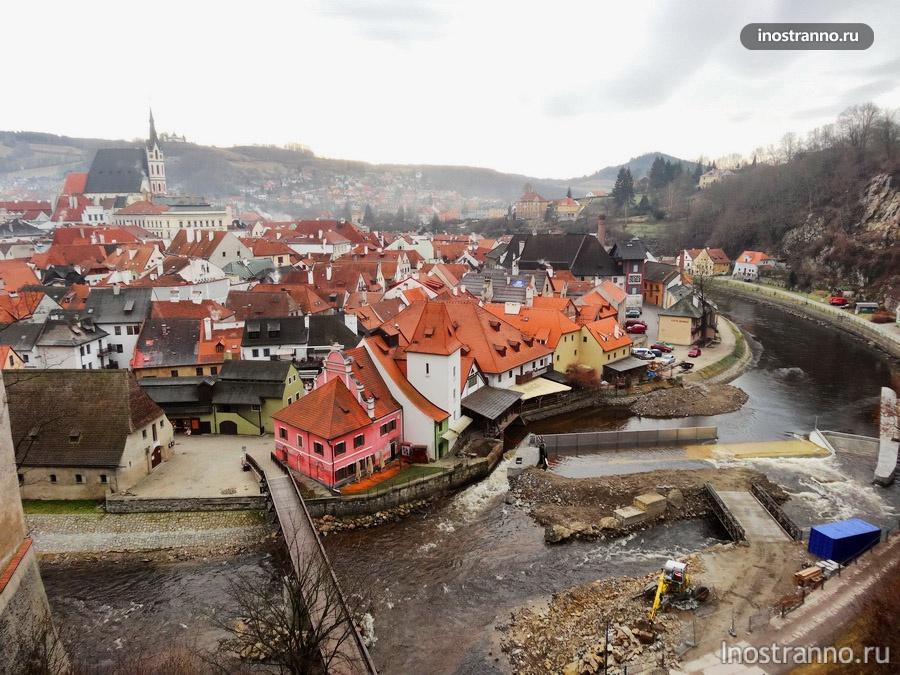 Karlštejn Castle (Karlštejn) – one of the most famous castles in the Czech Republic, located 35 km from Prague. The castle was founded in 1348 by Charles IV. Close to the castle there is Karlstejn National Park, quarries Lesser and Greater Bohemian America, as beautiful as the American canyons. The castle is the most visited place in Bohemia after Prague. Previously, it housed the treasures of the Czech kings, which were later moved to Prague Castle. 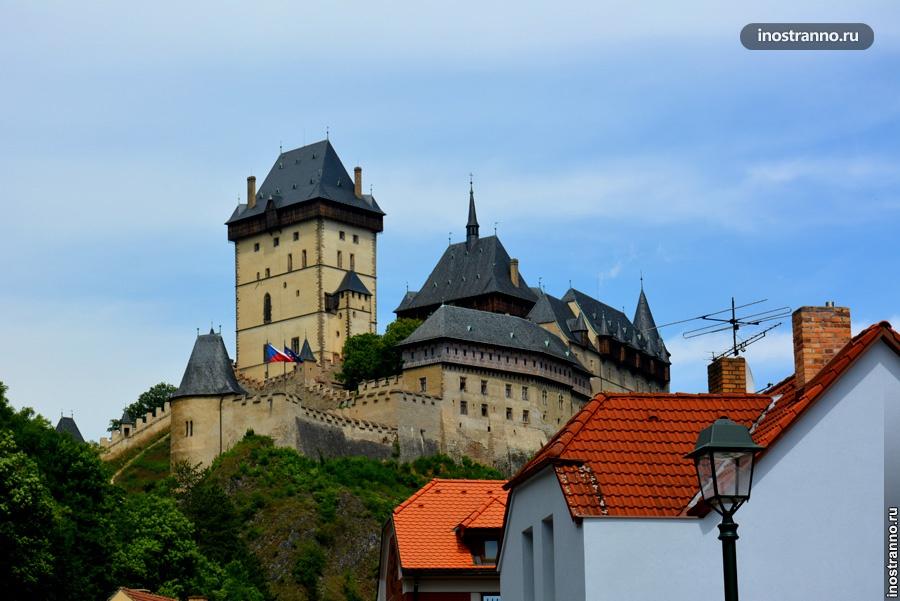 Moravian Karst is a very unusual and impressive place, located near the city of Brno. It is one of the largest underground karst massifs in Europe. There are more than 1000 caves in the karst. The deepest place in the karst is the Macocha cleft with a depth of 138 m, which is considered one of the deepest in Europe. On a tour of the Moravian Karst you will travel through its underground river on a boat. This place will please both adults and children. 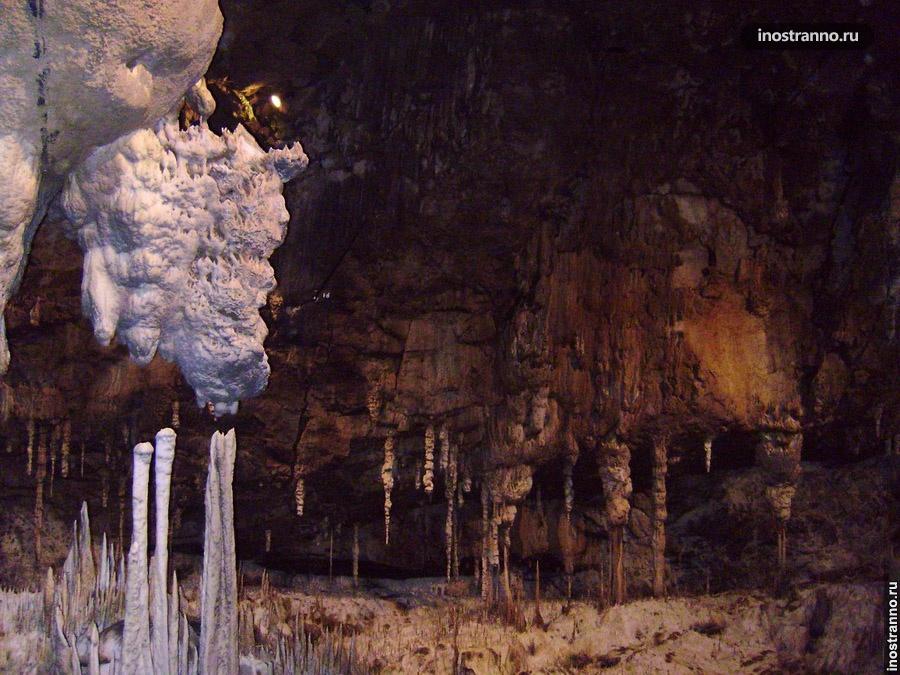 Kutná Hora is famous for being the largest place in Bohemia where human skulls and bones are stored, the Kostnice. It is also home to St. Barbara’s Cathedral, the second largest Gothic cathedral in Bohemia after St. Vitus Cathedral in Prague. The cathedral is astonishing in its scale and power. The center of Kutna Hora is under UNESCO protection. 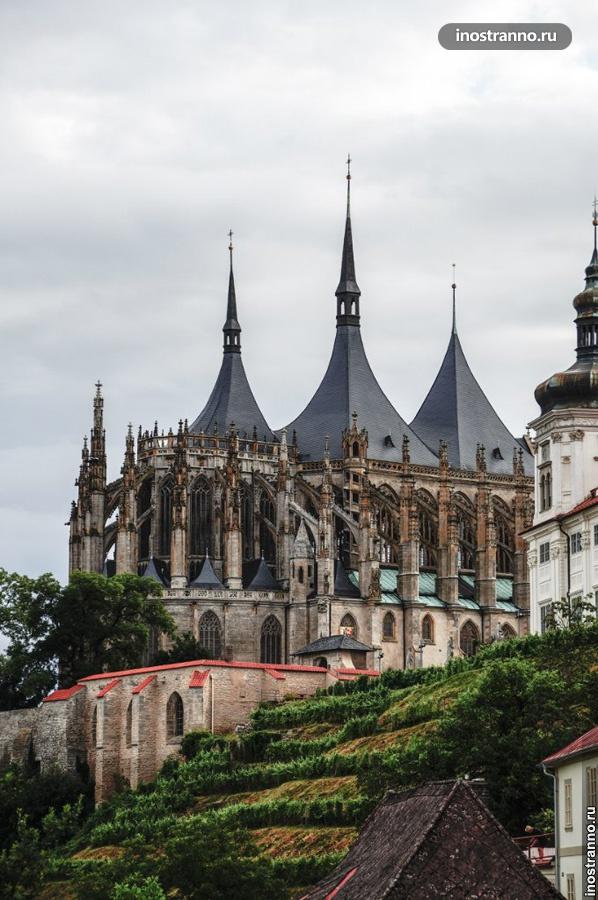 The Czech city of Plzeň boasts the legendary Plzensky Prazdroj brewery that produces the popular Pilsener beer with a bitter taste. It is easy enough to get to the town – by bus or train from Prague. Tours of the brewery are held several times a day, including tours in Russian and English. During the tour you will be told about the production of the most popular Czech brand of beer in the world, and then in the cellar you will try unfiltered beer straight from the barrel! Read more about what awaits you during an excursion to the brewery in our article. 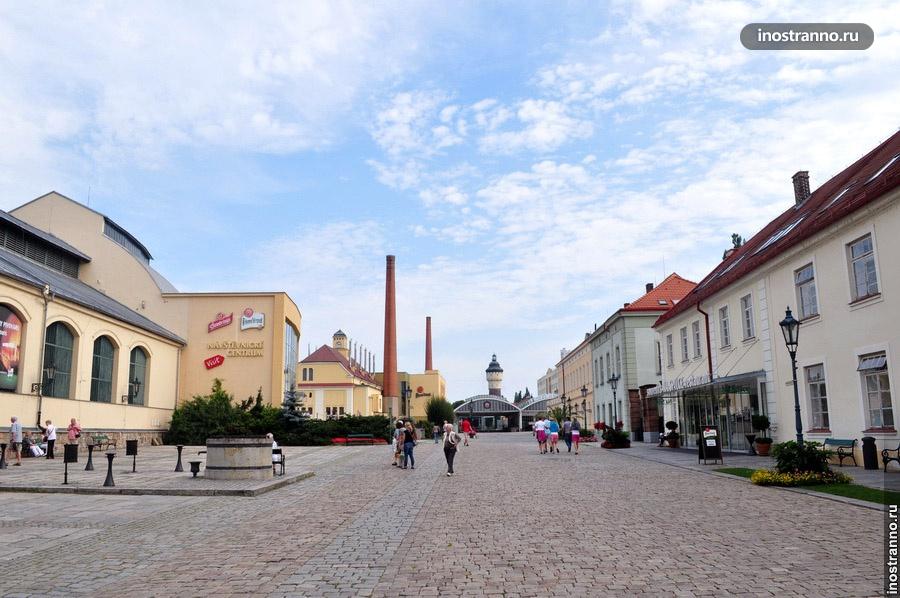 Karlovy Vary is without any doubt the most visited by Russians resort in the Czech Republic. The city is suitable both for treatment and for recreation and entertainment: after all, Russian artists often come here for tours, there is a Becherovka museum and a beautiful viewing platform with a funicular. The Karlovy Vary resort specializes in treatment of diseases of gastrointestinal tract, endocrine, nervous system and musculoskeletal apparatus. On its territory there are sanatoriums providing complex treatment, 16 mineral springs, thermal pools. 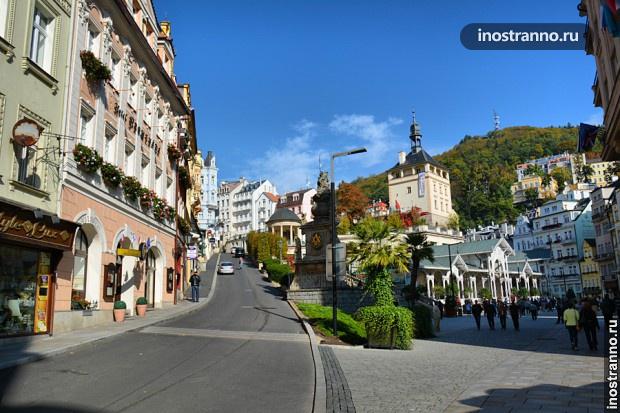 Thousands of people from all over the Czech Republic travel to Moravia every year. This region is famous for its tradition of winemaking, which dates back hundreds of years. Mutěnice and Milovice are famous for their wine cellars. The best time to visit is in autumn, when the surroundings become even more colourful and the cellars hold a festival of young wine – burčák.

Another wine route runs through the town of Bzenec. There is a must-try wine Bzenecká lipka, famous for its fragrance of linden trees growing in the park of Bzenec castle. The most popular wine route is passing by the town of Znojmo, located in the very south of the country. Here you can sample a variety of popular Moravian wines. When visiting Moravia you should not ignore the castles, of which there are a great many. For example Lednice-Valtine complex, which is made in Baroque and Neo-Renaissance style. In this castle was filmed the movie “The Story of the Necklace”. 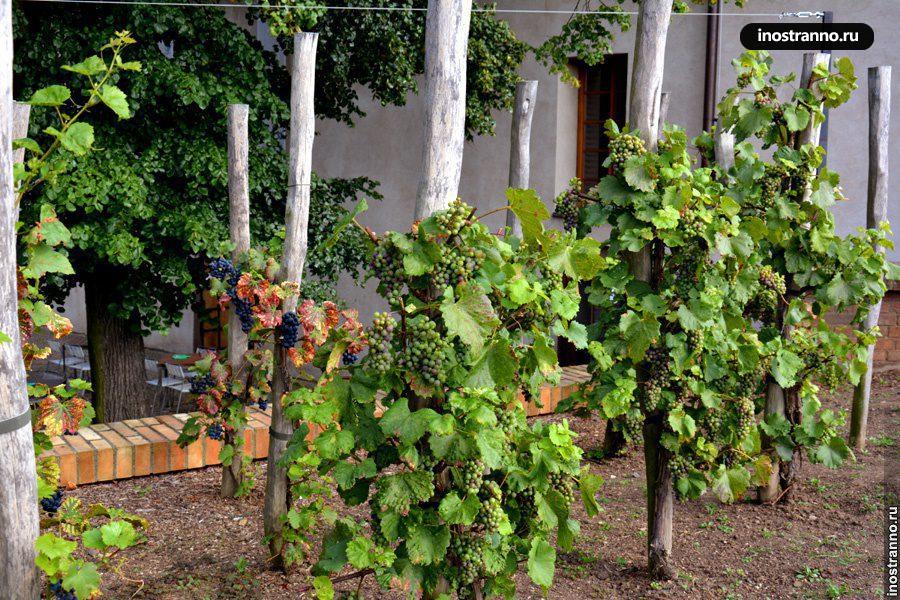 The Ardšpach-Teplice Rocks are worth a visit for anyone who wants to enjoy not only the architecture, but also the amazing Czech nature on their trip through the Czech Republic. Ardšpach-Teplice Rocks are located 130 km north of Prague. The rocks were formed by erosion by water and air thousands of years ago. The rocks extend over an area of 28 square kilometers. You can come here for one day, or go hiking for 3-4 days, thanks to the nature is nice, and the views are amazing. 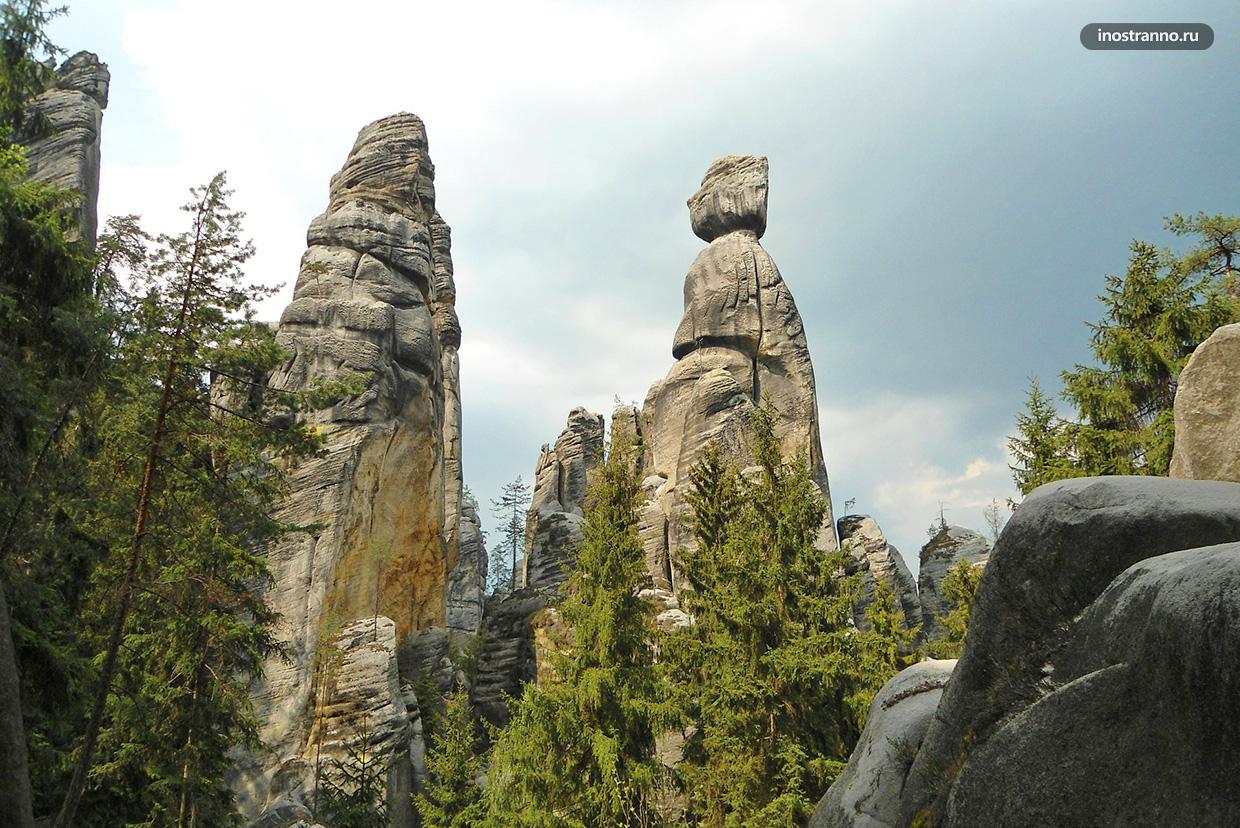 As you have seen, the Czech Republic is full of interesting places, except for Prague, both for nature lovers and fans of architecture. If you come here for at least a week, I suggest you visit some of them. If during your stay in the Czech Republic you visited places not listed here that struck you, please write in the comments.

You can get to most of the places on the list on your own or as part of one of the tours in Russian. Only my advice to you, choose a reliable tour company. If you want to get to these places on your own, I recommend buying bus tickets in advance on the Infobus website or renting a car. You can book a car on the Myrentacar website, which compares prices from the local best rental companies and where you can rent a car without a deposit or credit card.

Websites for saving money when traveling!

Hotellook – Honestly compare prices and discounts for hotels and apartments in 50 booking systems (Booking, Agoda, Ostrovok.ru etc.). Plan your trip in advance and save up to 40%!

✈ Search the cheapest air tickets without extra charges from the reliable agencies of Aeroflot, S7, Ural Airlines and all known airlines of the world.