In all my time living in Zagreb, I have never ceased to be amazed at the attitude of tourists towards it. Although it is the capital of Croatia, Zagreb is undeservedly not spoiled by tourists. On the way to attractive seaside towns, Zagreb is, at best, a staging post. However, it is not only a cultural center, but also a center of architectural treasures of Croatia. At first glance, it seemed to me like a mixture of Vienna, Budapest, and Belgrade, combining the best of those cities. Its uniqueness and urban originality was revealed to me only on the second visit. 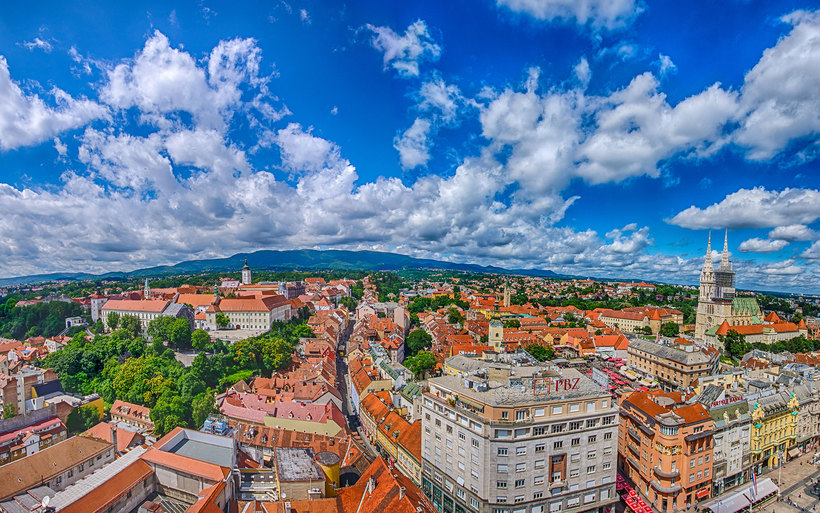 In fact, Zagreb is two in one, where everyone can find a neighborhood to their liking. On the slope of the mountain is Gornji Grad with its narrow cobblestone streets, baroque mansions and magnificent churches, as well as the main government buildings. 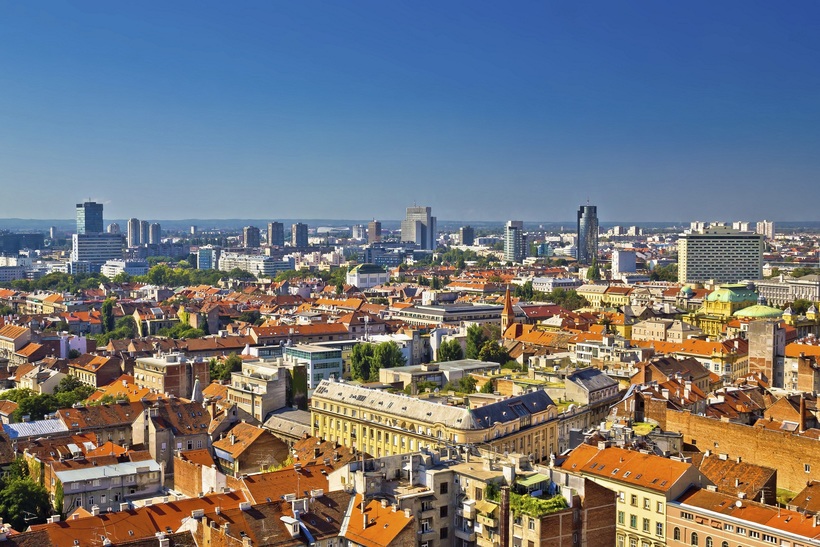 At the bottom is Doniy Grad, the center of business and cultural life, with vast squares and wide streets that display every imaginative feature of the 19th and 20th century architecture.

Personally, I love Zagreb fondly for its combination of urban and natural. It sits at the foot of the Medvednica mountain range, the Sava River flows through it, and the city itself has lakes where you can swim. Unlike the Croatian coast, where so many cultures are mingled, Zagreb is the heart and soul of Croatia, where you can soak up its history. 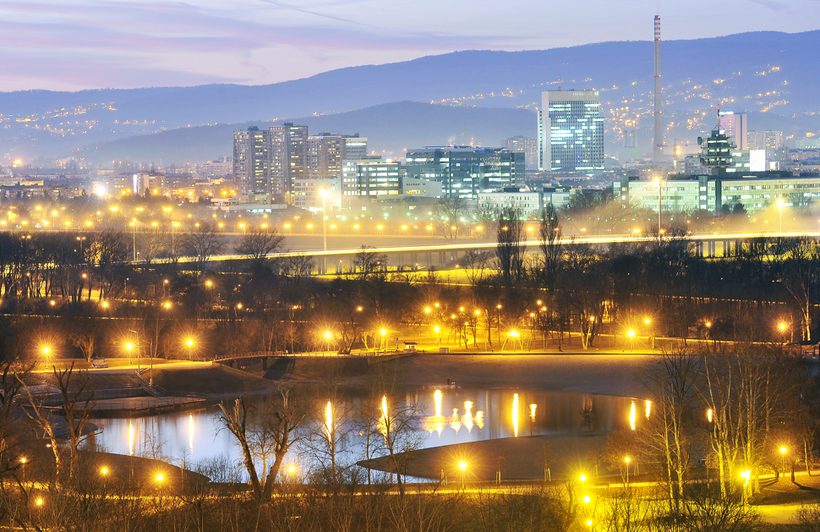 The fastest and most convenient way to get to Zagreb from Moscow or St. Petersburg is to take a direct flight (more expensive) or a connecting flight (cheaper). For fans of trains, there is a variant to reach by train with a change in Budapest, but the train is not only a long way, but also more expensive than the plane. Travelling by car also takes a few days (travel time about 25 hours) and the way goes through the country with toll roads and relatively expensive gasoline.

Of course it’s cheaper to fly with a connection.

Here you can conveniently see flight schedules and prices. 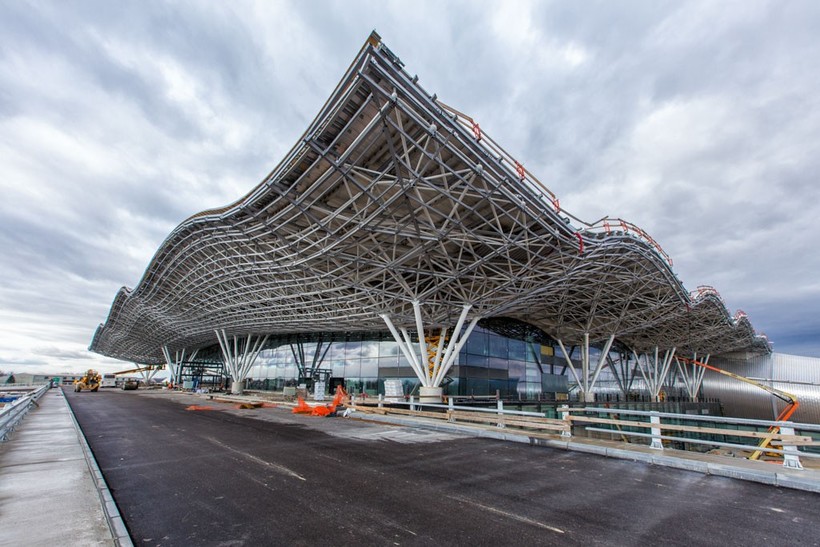 How to get to the city center

Zagreb international airport Pleso named after Franjo Tudjaman is located near the border of the city. Special bus Pleso Prijevoz can be taken to the main bus station. From the airport go every half hour between 7 am and 8 pm (then after the arrival of each flight), and from the station from 4 am to 20-30. One way ticket costs 4 EUR and you can buy round-trip ticket for 5,4 EUR but it is valid only for one day. Travel time is about 40 minutes. 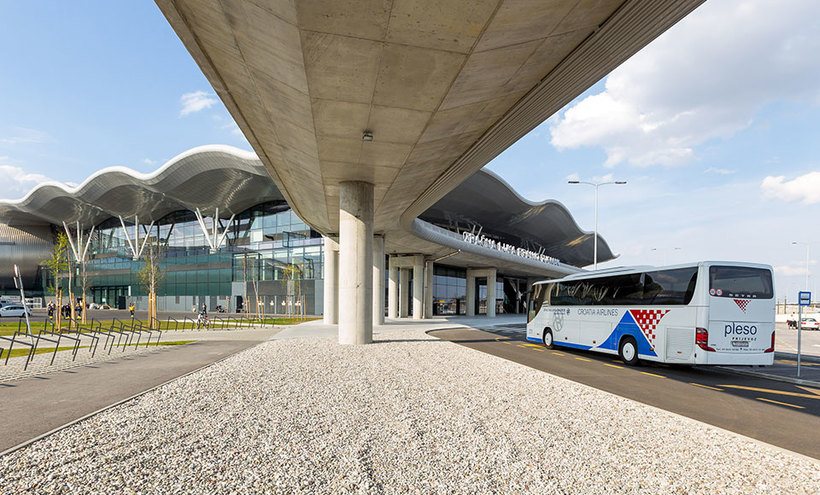 Since March 2017 there is a public transport to the airport, bus number 290 . Every 35 minutes from 4-20 (an hour later on Sundays) to 23-25 this bus leaves from Kvaternikov trg, which is closer to the center than the bus station. Be careful, the airport is not the final stop, so don’t miss the “Zračna luka” station. You can buy a ticket from the driver and it costs 1,4 EUR. If you bought a day pass, it will also be valid on this bus.

You can get to town quickly by cab, but it will cost about 16 EUR and more at night and on Sundays. If you’re coming from the city, it’s better to ask the receptionist at the hotel to order you a cab by phone. At the airport you can rent a car, there are more than 10 different rent-a-car companies.

The main railway station is a remarkable building from the end of the 19th century in the center of the city, it’s beautiful but practically useless for travelling. To get from Moscow by train is possible with the change in Budapest, and it will cost about 250 EUR per one way, so the option is only for those who are afraid of flying or are very fond of train romance. Zagreb is connected by rail to neighboring countries, as well as Italy, Germany and Switzerland. The prices for a train ticket from Munich, Zurich or Vienna start at 40 EUR per one way. A trip from Budapest, Trieste or Belgrade will cost about 25 EUR one way and from Ljubljana only 10 EUR. However, for most of these destinations it will be cheaper and faster to travel by bus. For traveling around the country trains are suitable only if you are in no hurry and like to contemplate the views, thanks to high-speed roads bus travels much faster. All the necessary information, both about international and domestic trains can be found on the website of the Croatian Railways. 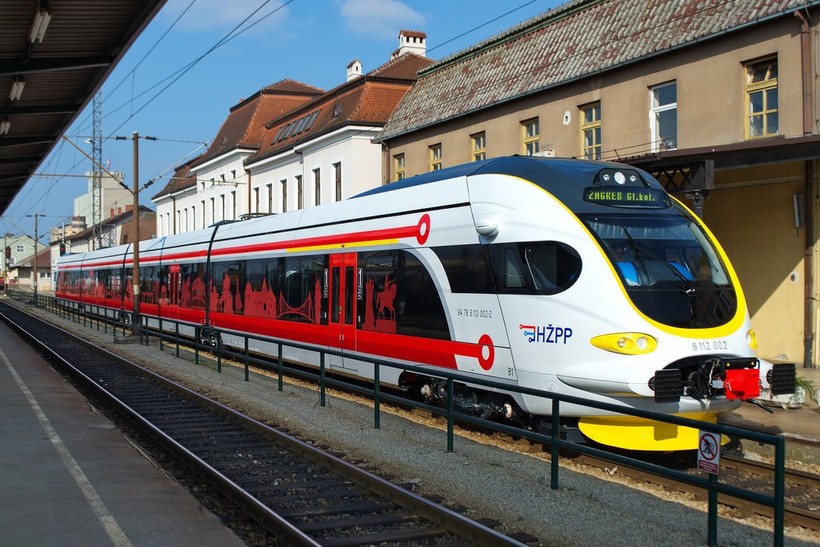 One of the cheapest ways to get to Zagreb is by bus from Budapest, after flying low-cost Wizz Air from Moscow. You can get from Budapest airport to Nepliget bus station by bus (220E) and metro. Bus from Budapest takes about 5 hours and tickets 13 – 16 EUR one way. In terms of time it is comparable with flying with transfers.

You can get to Zagreb by bus from Italy, Germany, Switzerland and Slovenia. Timetables and prices can be found on the website of the bus station, you can also buy e-tickets for most destinations.

How to get to the city center

The station is located near the city center, two kilometers from the central square of Ban Josip Jelačić. 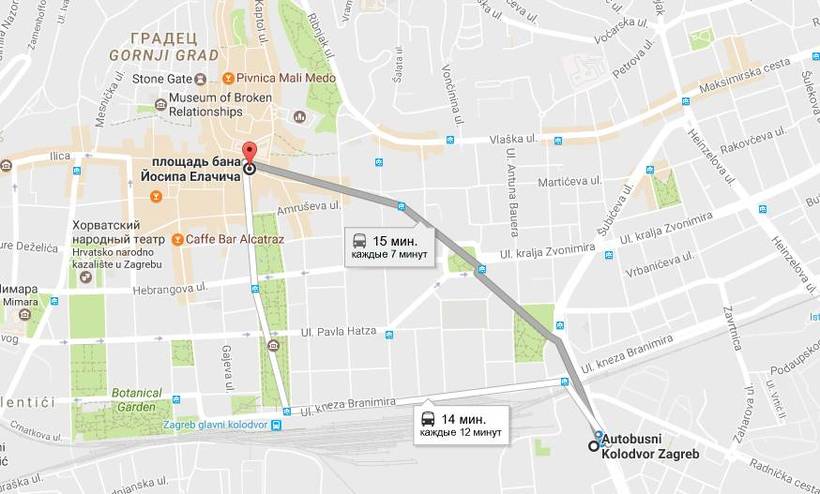 You can walk, take streetcar number 6 or 17 or take a cab for about 7 EUR. Bus is the best solution for moving around the country. This is the fastest way to get to any seaside town or, for example, to the national park Plitvice Lakes.

The way from Moscow to Zagreb by car is about 2200 kilometers, 4-5 countries and more than a day’s journey. It is better to plan one or two overnight stays along the way. The shortest way is through Belarus, Poland, Slovakia and Hungary, but this route has mountainous sections with serpentines. Longer, but not longer way – through Belarus, Poland, Czech Republic, Austria and Slovenia, but on this route there are more expensive roads. 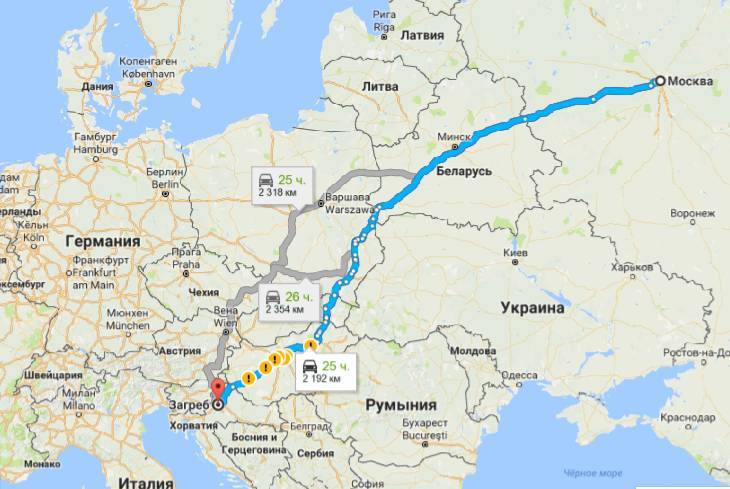 In some countries you have to buy a vignette (toll road fee for a specified period): Austria (8.9 EUR), Hungary (9.5 EUR to 19 EUR depending on the class of the car), Slovakia (10 EUR), Slovenia (15 EUR), Czech Republic (12 EUR). In Croatia you pay by the traveled distance according to the rates that are different for different lines. A car from the Hungarian border to Zagreb costs 5,6 EUR for a trip, from Slovenian border – 0,9 EUR. There is additional charge for some tunnels and bridges. Detailed information and cost calculations can be found on the Croatian highways website. 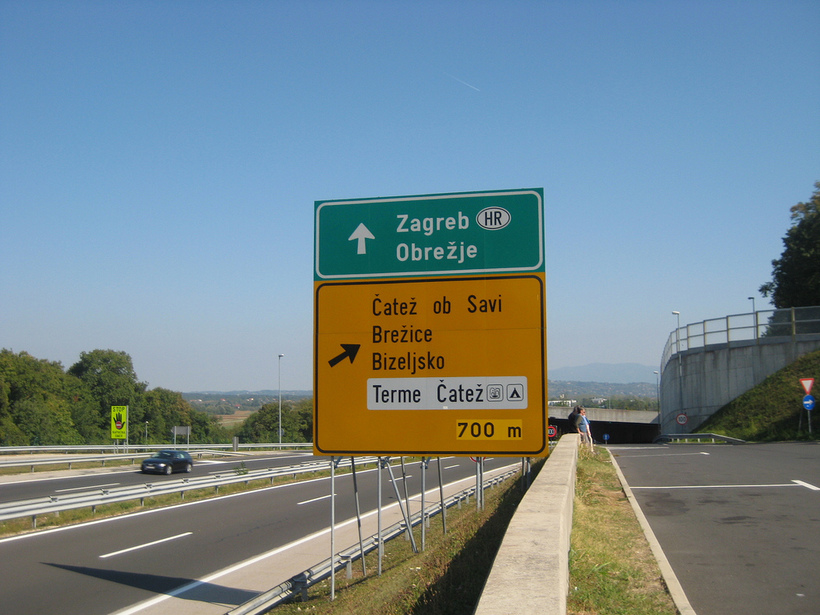 Besides toll roads to calculate the budget consider the cost of gasoline, which when traveling from Moscow ranges from 0,62 EUR in Belarus to 1,32 EUR in Croatia. A factor that can significantly increase the travel time is the border crossing. According to my feeling, in this regard, Slovenian-Croatian border is more comfortable than Hungarian-Croatian.

When it is the season. When is the best time to go.

Zagreb is in season from April to October. The best choice is the beginning or end of the season, it’s already/still warm, there is no influx of tourists. Zagreb is a very green city, it blooms beautifully in May and turns golden in the fall. My favorite time to visit Zagreb is October, nice weather for walks, little rain and a riot of colors in the autumn leaves. 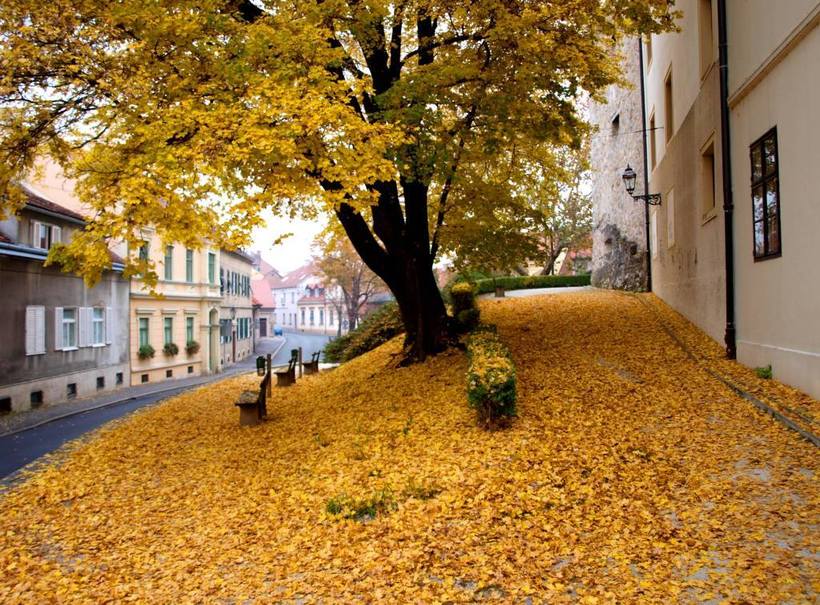 It’s not too hot in Zagreb during the summer, the daytime temperature ranges from 19 to 26 degrees, but June and August are the rainiest months. The city is full of tourists, but during this period there is an active nightlife, a variety of festivals and outdoor events. 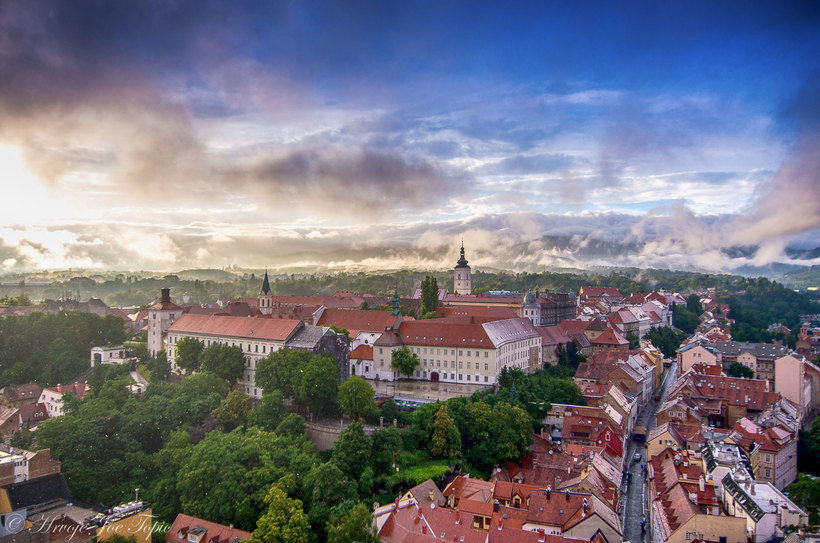 In winter, the temperature is usually around zero degrees, quite comfortable for walks, but it can be cloudy and gray. But in winter the prices in cafes and hotels are a bit lower, and there are few tourists (especially in February). 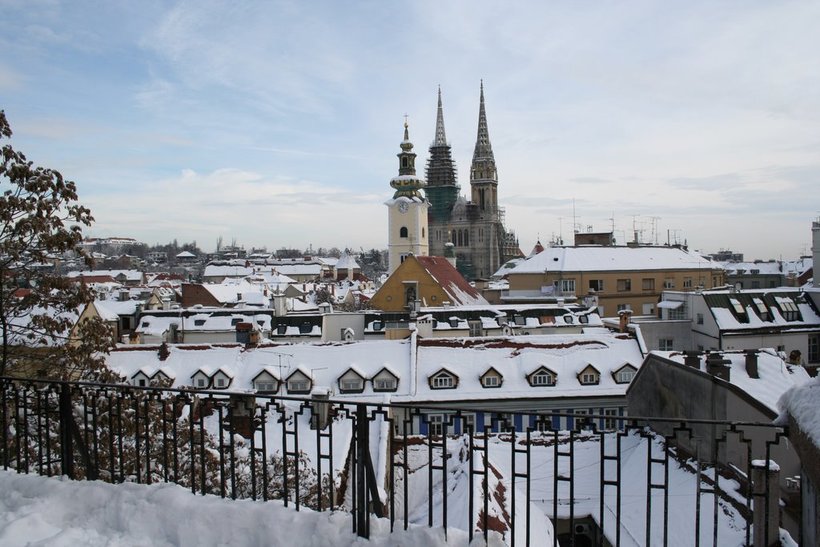 Neighborhoods. Where to live

The main attractions and many hotels are located in Gornja Grad. It would be logical to settle here, but you need to take into account two nuances. First, the prices here are much higher. Secondly, getting anywhere other than Gorny Hrad is a problem, as the area is on a mountain slope, so you either have to go down/up the stairs or up the slopes or pay for a cab or a cable car to get into town. 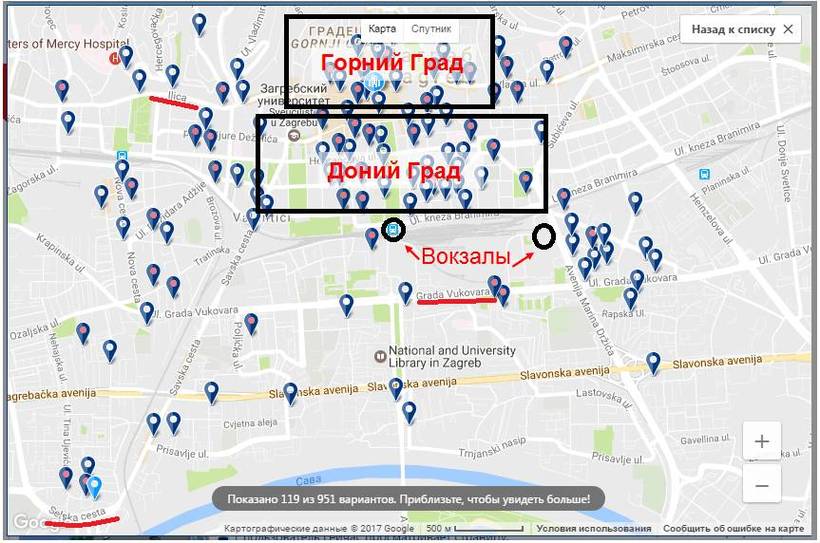 The best solution is to stay in one of the many hotels in Donogh Grad. The area is more developed infrastructure (stores, shopping centers, streetcars, and other transportation), and it is close to all attractions. You can easily get to the train and bus stations from Donoghrad. Outside of the most touristy places, it makes sense to settle close to the bus station if you plan to travel a lot in the neighborhood. Also worth considering the neighborhoods of Ilica, Grada Vukovara and Savska cesta (underlined in red on the map). Ilica is well connected by streetcar to the center and Grada Vukovara is the location of many cultural institutions. Lodging in Savska cesta will suit fans of sports or nightlife, this street leads to Lake Jarun (more information about it – in the section “Parks”).

You can make a reservation on the boqing, here to compare prices if you don’t trust the boqing:) If you prefer to rent an apartment, check here for offers from locals.

What are the vacation prices

I was amazed at how much lower the prices in Zagreb are than in the seaside cities. In general, they are at the level of the average European prices. For renting an apartment for 25-40 EUR per night on airbnb, hotel accommodation is a little more expensive – 40-50 EUR for a double room, about 10 EUR for a place in the hostel. 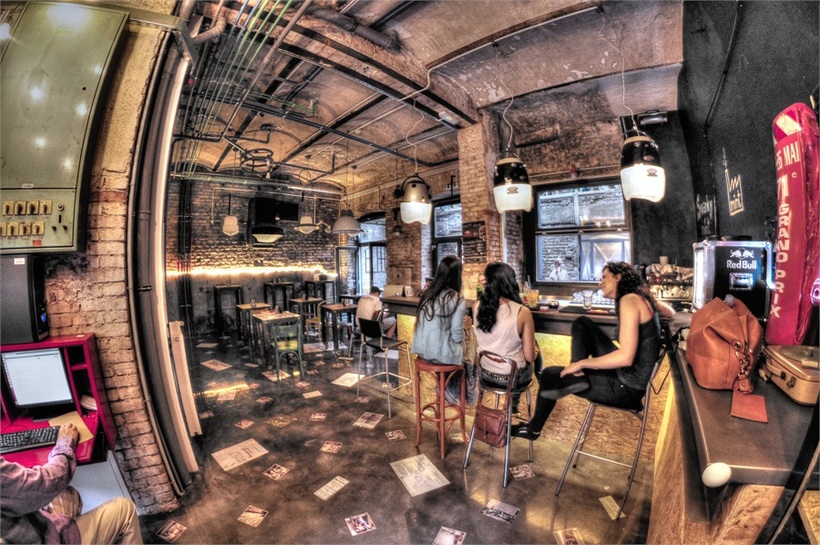 Prices in cafes are around 5-7 EUR per serving, a cup of coffee or tea will cost 1-2 EUR, alcoholic drinks from 2 EUR. You can save on food if you pay attention to bakeries and pizzerias or cook by yourself buying food in stores or at the farmer’s market Dolac, which is located in the center of the city. 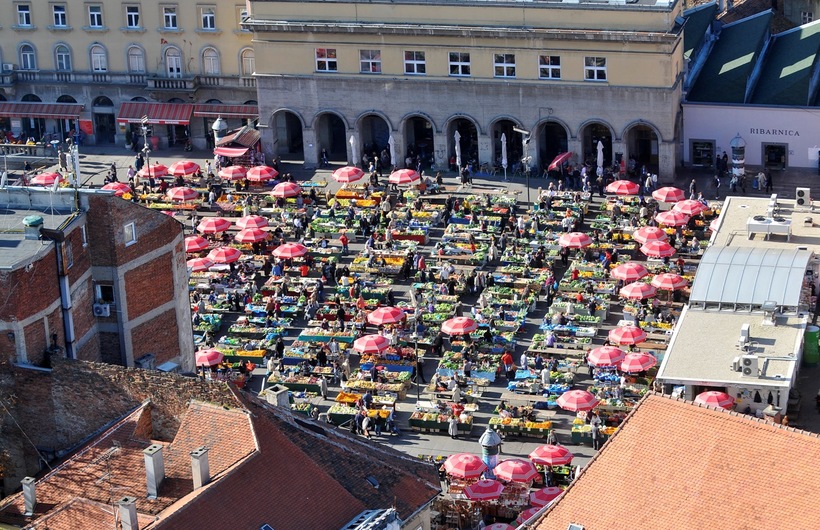 Entrance fees to museums are about 6-7 EUR. A great way to save money is to buy a Zagreb Card. The card for 24 hours costs 13 EUR and for 72 hours 18 EUR. The price includes public transport, funicular, a visit to the observation deck, main museums and the zoo. In addition, the card gives discounts to most museums, as well as in some hotels, restaurants, stores, etc.