Some of the most popular places on our planet used to really matter, were interesting due to their novelty and tourist intactness, but now that they have become over-publicized, people can compare and choose from a large number of options, their attractiveness in the eyes of tourists drops.

Disappointing attractions are reported by users of the travel portal Tripadvisor and the Reddit forum, as well as by the various bloggers and travelers who compile their antislists. They all call for saving time, money and thinking twice before going to the locations listed below.

The Great Wall of China (Beijing).

Many tourists dream of visiting the historic Great Wall of China, more than 8,000 kilometers long, built in ancient China to protect the empire from invaders. But on site they encounter colossal numbers of people and are criticized for being overcrowded. The wall stretches from the Yellow Sea Gulf of Liaodong, northeast of China, through North China into the Gobi Desert, and many tourists, not calculating their strength, tire before the end of the tour. In addition, the wall is periodically restored, so many sections may be closed to the public and tourists have no choice but to settle for the provided, sometimes small, open sections of the wall.

“If you go to the Great Wall of China, I would advise against going to the section right there in Beijing. It’s overbuilt and touristy. Take a minibus ride from the city to the Simitai section. There’s an ‘old school’ wall there.”

“We went to the section away from the city. It was less crowded, but no less beautiful.”

On Tripadvisor, tourists rated the attraction a 4.5 out of 5.

The Manneken-Pis or Piss Boy is considered to be one of the most famous landmarks of Brussels. This miniature bronze fountain statue of a naked boy peeing in a pool attracts many tourists, but after seeing it they are disappointed.

“I was in Brussels and saw all these postcards showing the statue of the peeing boy. They were literally everywhere, and I thought it was a giant statue… But as we walked up, we saw a little boy surrounded by Chinese tourists. It was the most disappointing thing I’ve ever seen while traveling.”

The large number of tourists at the attraction is not the only thing that frustrates travelers. On Tripadvisor, Pee Boy has a rating of 4.5. One of the most popular comments says that Brussels is beautiful, and the touted statue is far from the most interesting thing about it.

“I do not understand the raptures at all, of course it is a historical monument in its own way, but in fact – a very small boy in one of the streets, which can be easily missed at all.”

The four U.S. presidents (George Washington, Thomas Jefferson, Theodore Roosevelt, and Abraham Lincoln) immortalized in granite rock in South Dakota are very popular with Americans, and around the world. That said, not everyone is happy with what they see.

“They [the bas-reliefs] look just like any picture you’ve ever seen, and they’re not easy to get close to. If you’re in the area, I recommend prioritizing Devil’s Tower instead. This national monument is worth it.”

Other travelers have a similar opinion, arguing that “it wasn’t worth the gamble,” and it takes longer to get to the place than it does to walk around and see it. However, tourists still praise the attraction and suggest visiting it anyway in case there is a pre-made list of places you want to “see and die.” Tourists rated the attraction 4.5 out of 5 on Tripadvisor .

The complex of pyramids in Giza is considered one of the wonders of the ancient world. The main pyramids are Khufu (Cheops), Khafre (Chephren), and Menkaur (Menkerin). The names of the main pyramids of Giza correspond to the names of the kings for whom the pyramids were built. The ancient Egyptians turned the Giza plateau into a veritable necropolis with tombs, temples, and a system of roads and sidewalks that are popular with tourists to this day.

First of all, experienced travelers warn treasure seekers: in the pyramids have long been found treasure and found secret entrances, there is almost no mystery and secret that you can dream of after reading books or watching movies. So if this is the only purpose of the trip, then it is not worth the trip at all. Aggressive market vendors are considered another disadvantage of the place.

“One woman in our tour group asked a security guard to take her picture, and he refused to give her phone back unless she paid. In addition, we were yelled at and offered merchandise during the tour, imposing to buy handkerchiefs and various souvenirs, which ruined my experience. I spent months waiting for the trip and felt so disappointed.” 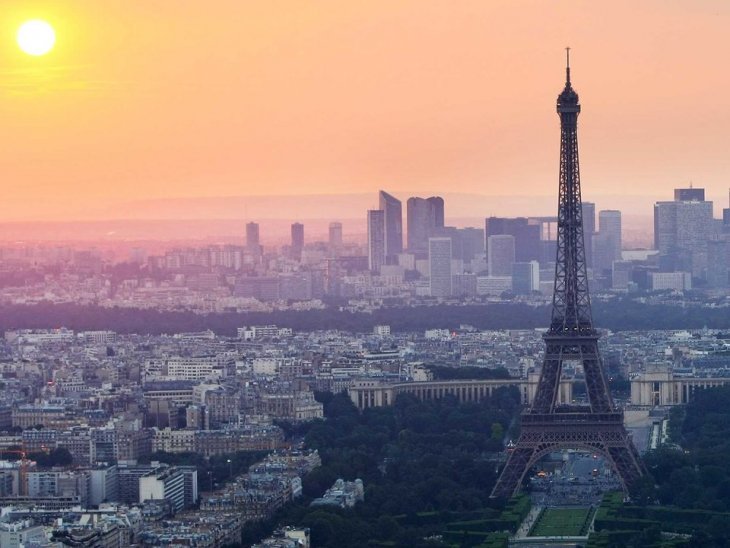 Sometimes people dream of visiting a particular famous place, when it finally happens – there is nothing but disappointment. The explanation is simple — advertising often creates bloated fame, and unfortunately, there are many places around the world that, when visited in person, are perplexing rather than delightful. Take a look at some of the most overrated places. 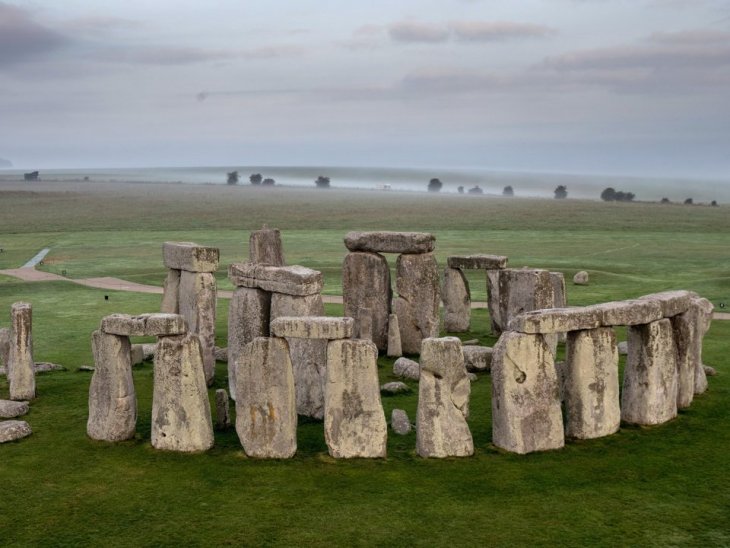 Some say Stonehenge is better seen from the nearby Stonehenge Highway in Wiltshire, England. Stonehenge is an intriguing monument, famous for its mysterious configuration and age. But the exorbitant cost of the ticket and the disappointing view make tourists angry. 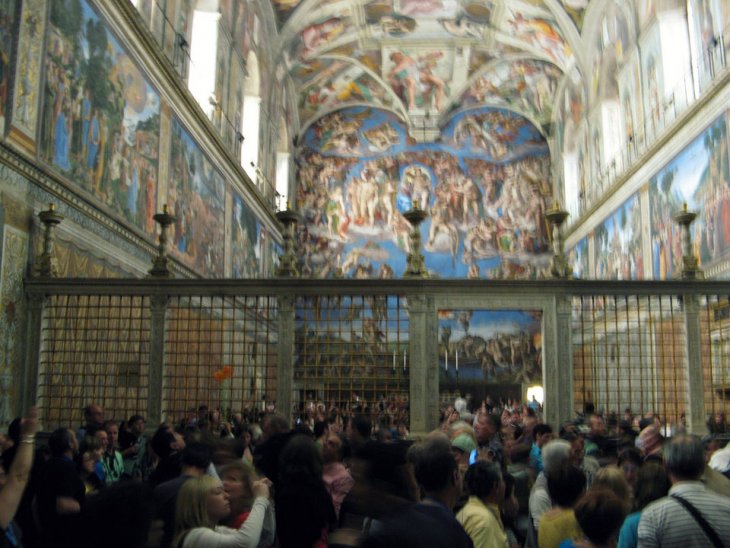 The Vatican is so crowded with tourist groups that it is difficult to enjoy the sights Vatican City in Rome, Italy. The Vatican, home to the Sistine Chapel, St. Peter’s Basilica, the Vatican Museums, and the Pope are places that all tourists who come to Rome want to visit. The sights are usually filled with long lines and crowds of tourists, making it difficult to stop and look around. 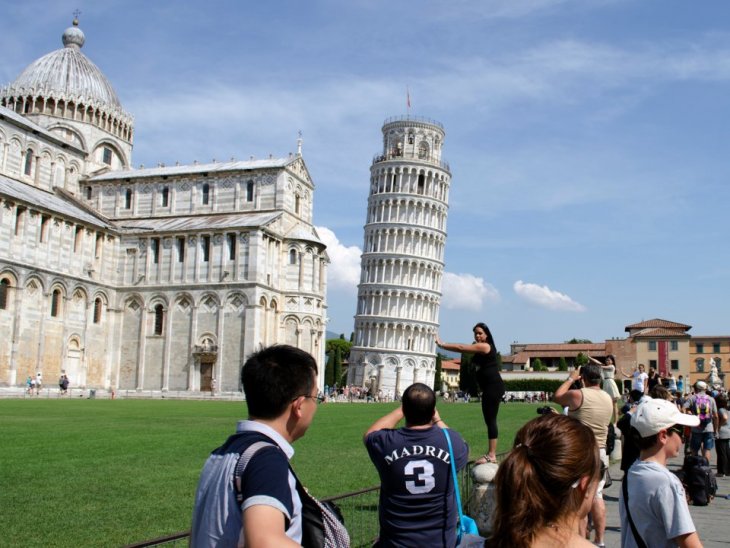 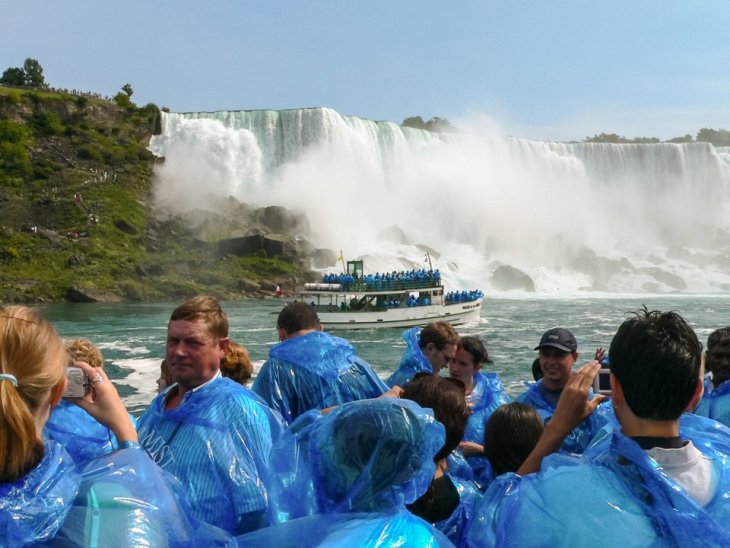 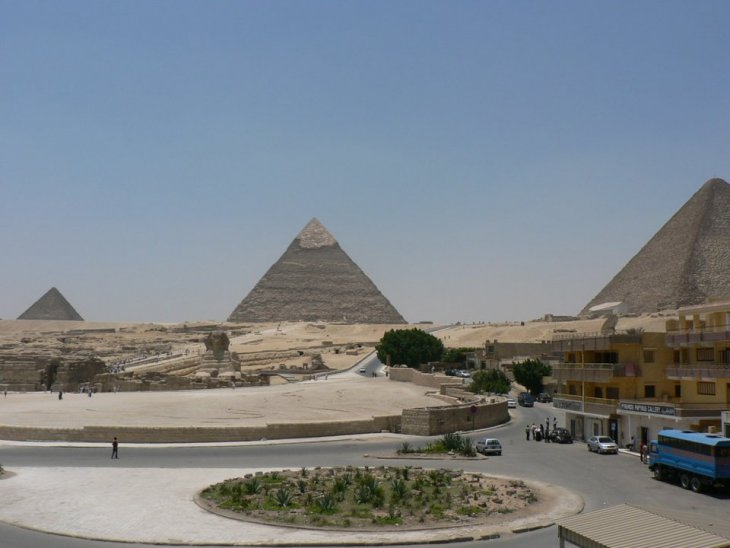 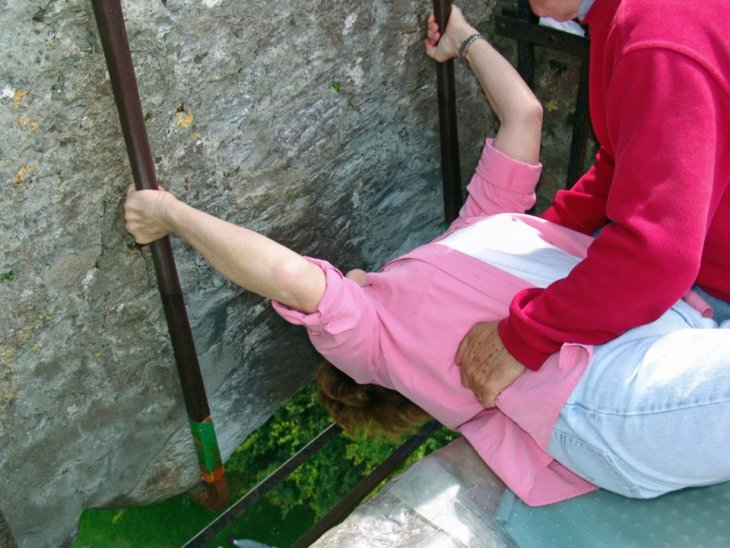 Hundreds of people line up to kiss a slab of limestone at Blarney Castle, Ireland Legend has it that kissing this slab gives the gift of eloquence. That may be true, but it’s also true that the stone is covered in alien germs and spittle, and you’ll probably wait a long time and pay about $19 to kiss it, too. 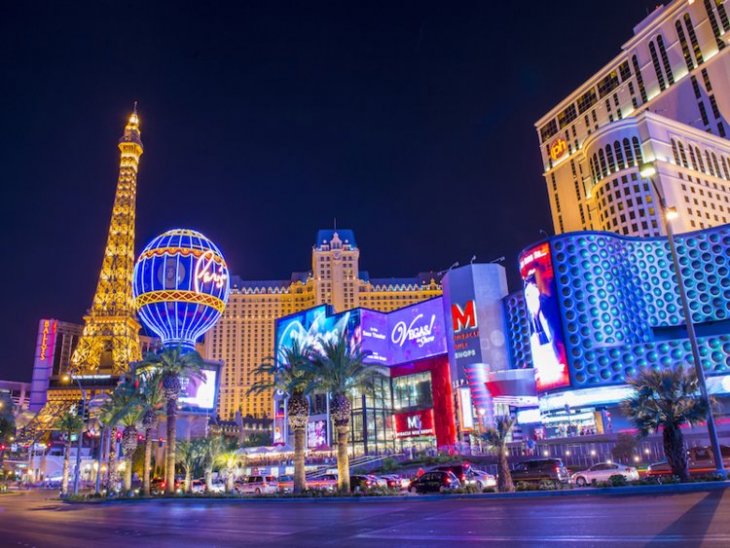 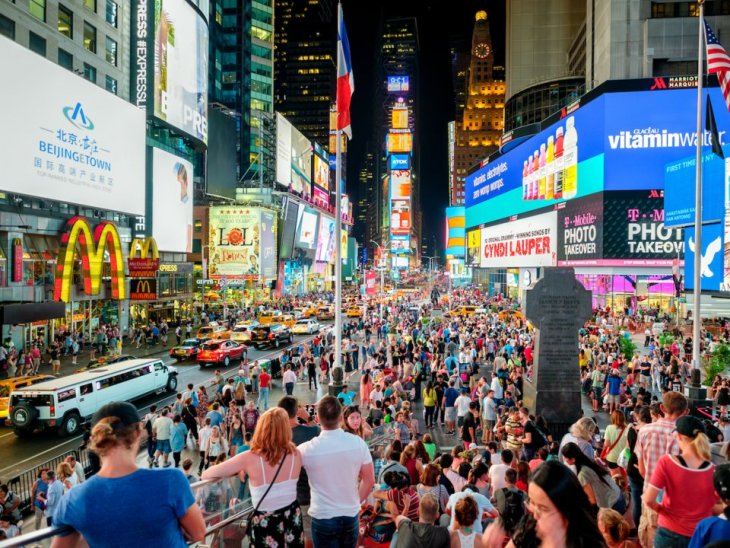 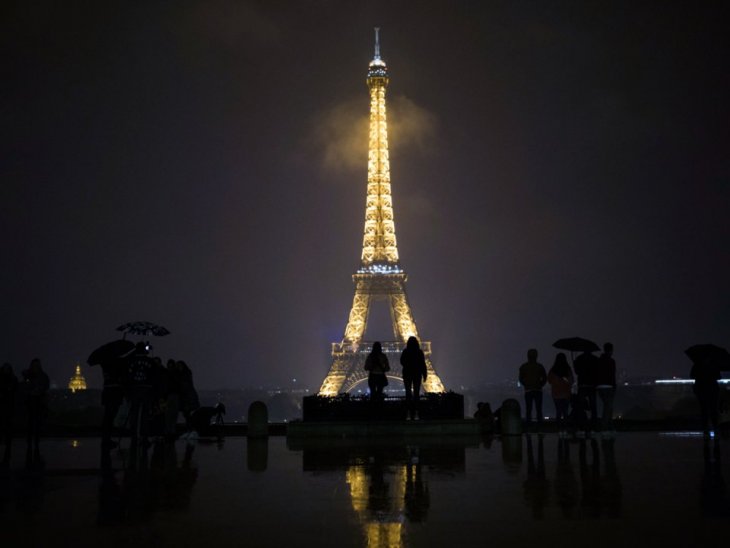 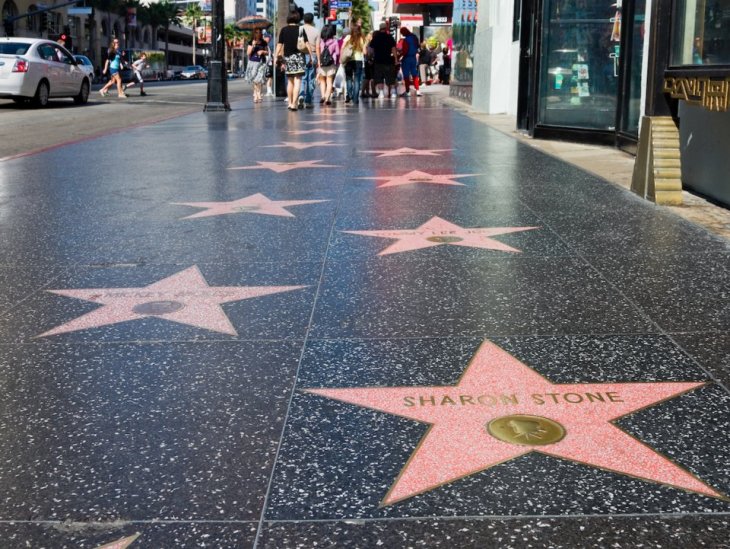 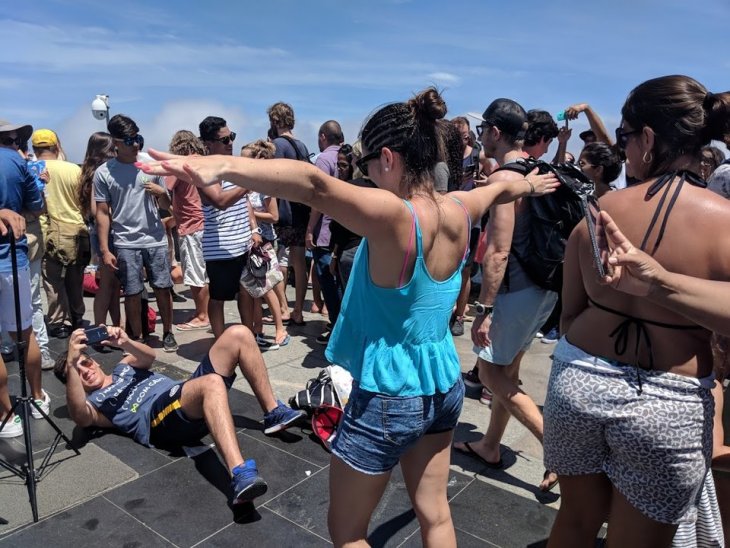 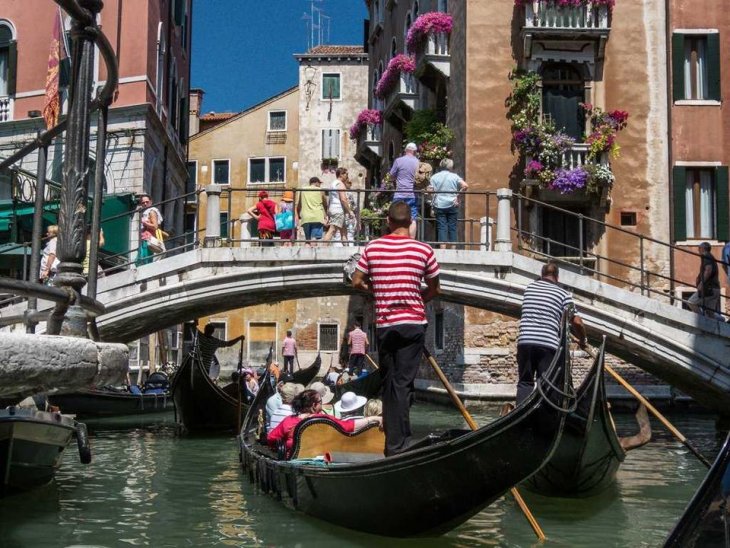 Gondolas in Venice The gondola in Venice, Italy. Taking an overpriced gondola that someone has decorated the way foreigners think is one of the most trivial and touristy things to do in Venice (locals don’t do that) – and that’s before the gondolier starts singing (which costs extra money). 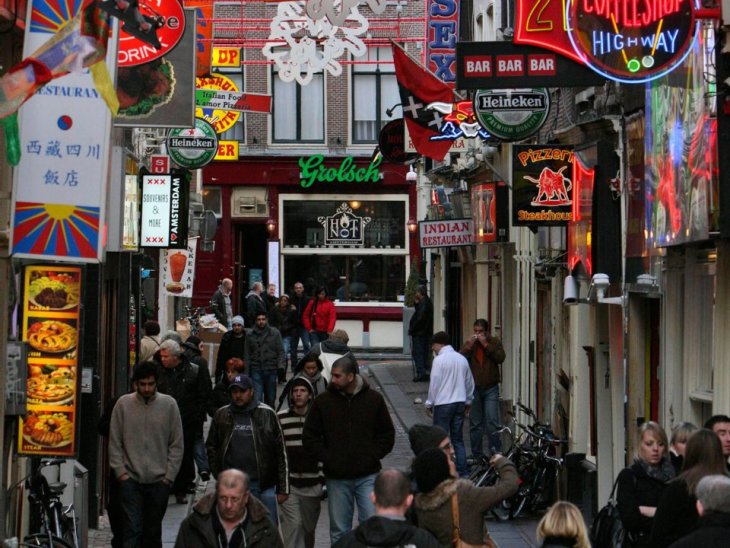 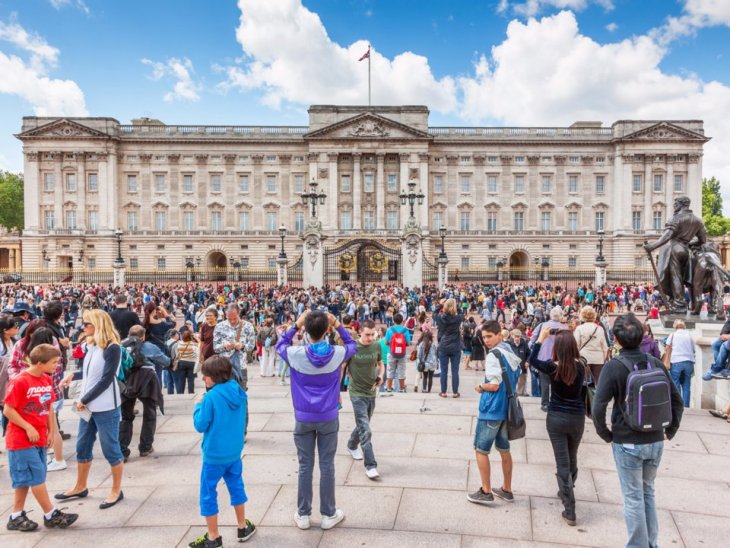