Why is it worth going to Naples?

Naples is the most ambiguous, colorful, expressive city in southern Italy, sprawling in the hills on the shores of the Gulf of Naples, the most beautiful part of the Tyrrhenian Sea. Bright, contrasting, where poverty and wealth, beauty and unsightliness intertwine, this city attracts tourists from all over the world as well as Italians from the North. 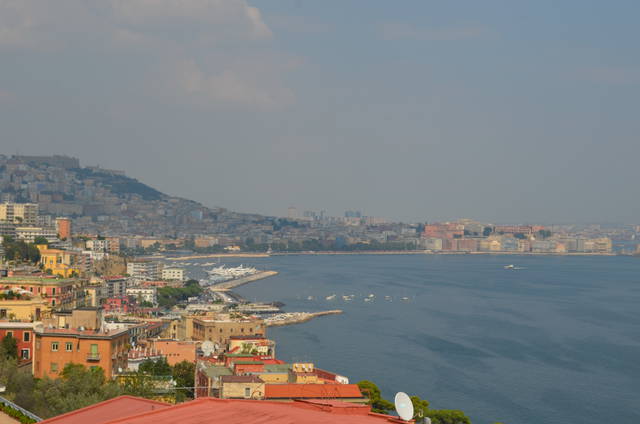 Naples has long been admired for its beauty. The popular phrase “See Naples and die” – “Vedi Napoli e poi muori” originally appeared in this city, only later it was re-interpreted many times for other cities. Among the main attractions: the Royal Palace or Palazzo Reale, castles Castel Nuovo, Castel del Ovo, Castel del Monte and Sant’Elmo, and the National Museum and Galleries Capodimonte with a magnificent art gallery, located in the former summer residence of the Bourbons. 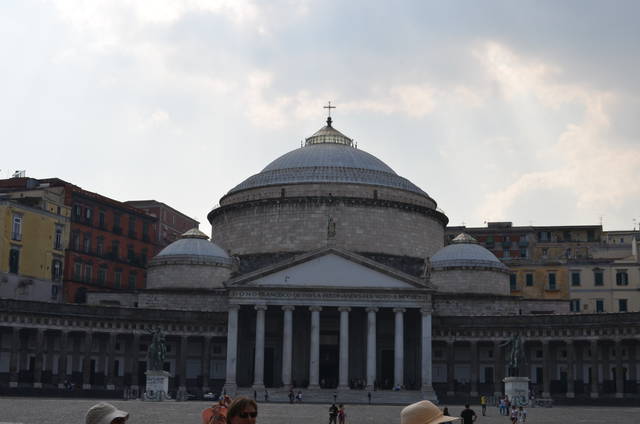 Naples is also worth visiting for its surroundings. The famous Pompeii and Herculaneum, which are buried under the lava of the volcano Vesuvius, are about 12 kilometers to the east of the city. All findings made here by archaeologists can be seen in the National Archaeological Museum of Naples. North of the city is the palace of the Neapolitan kings in Caserta with a magnificent park, attracting Italian and Hollywood filmmakers for its beauty and epic. This is also Sorrento with its picturesque lemon groves, where the sirens sang the songs of Odysseus, and the beauty and mild climate attracted at one time Goethe, Stendhal, Gorky, Nietzsche and Byron.

And yet, the main thing you must go to Naples for is the local food, namely pizza, which was born here. The classic Neapolitan pizza is called “Margarita” in the colors of the Italian flag, with cheese, basil and tomatoes and “Marinara” with garlic and without cheese. And you should try them in one of the oldest pizzerias in Naples, such as Starita, Materdei, Da Michele or Brandi, where the famous Margarita was born. The typical local mozzarello buffala cheese is a must-try, as well as the gifts of the Tyrrhenian Sea. And of course, the well-known all over Italy local sweets, such as the puff pastry with ricotta, semolina and cinnamon called Sfogliatella or donuts with custard Zeppole. The best bakery here is Attanasio, on Vico Ferrovia. Wine from the local vineyards and limoncello, produced in Sorrento, is an excellent accompaniment. Or coffee, one of the best in Italy. You should try it at the old Gran caffé Gambrinus, which itself is quite an attraction: at one time it was frequented by famous poets and writers such as Jean-Paul Sartre, Ernest Hemingway, and even the dictator Benito Mussolini.

READ
The best entertainment in Vietnam

But in the barrel of honey called Naples, there is also a fly in the ointment. The south of Italy itself is turbulent in terms of personal and property security, and Naples is simply the quintessence of criminal life. So beware of motorcyclists, do not walk along the road, do not carry bags, and better do without them, hiding money and documents in pockets, close to the body, do not flash expensive equipment, the poor suburbs bypass the side not only in the evening, but also in daylight hours. Naples is a pretty dirty city, the trash is not cleaned up well, trash men regularly go on strike, and about seven years ago there was a crisis, now known as the “trash crisis,” when all the streets of the city, and even the center, were littered with garbage. Naples itself and its immediate surroundings are not suitable for a beach holiday: not only that is not very clean and crowded (a million-strong city, after all), and yet near the city can not swim: almost no beaches, the area is rocky, no access to the water. For beach vacation is better to go to the islands in the Gulf of Naples – Capri and Ischia.

In general, in Naples, so different, but very charming and temperamental, either fall in love or hate. This city does not recognize halftones. 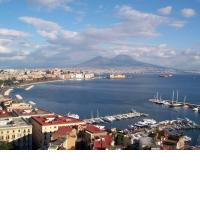 Extraordinary-beautiful and terrible Naples. These are contradictory epithets for this southern Italian city. It is both beautiful and shabby, cheeky, fun and reckless, sometimes gloomy and moody, maybe even dangerous, but so attractive in its natural.

city under the shadow of Vesuvius

Want to see the real Italy? Go to Naples!

Naples. How many memories and impressions now come to mind at the mention of this city! Naples is an amazing city, it will not leave anyone indifferent! I’ll tell you an absolutely cliché, but you’ll either fall in love with it or you’ll hate it.

Attractive brutality – what could be more dangerous?

I sincerely wish I could have called this review my “vacation in Naples.” For the first time since returning from a trip, I am sorely dissatisfied. Usually, when I don’t have enough time to see something, I console myself by

With a derelict Russian mob.

“Don’t go for a walk in Africa, children! There are gorillas in Africa, evil crocodiles. ” – these were the words we were admonished by local guides during a sightseeing tour of Naples. Allegedly the mafia does not sleep, and naughty tourists are sure to be kidnapped.

You can either love it or hate it.

Just got back yesterday from our week-long trip through Italy: three days in Rome, then we drove south to explore the Amalfi Coast (one day in Sorrento, one day in Amalfi), well then.

My third cousin lives in Naples. When the great power of the Internet made it possible for people all over the world to communicate without borders, we suddenly found our relatives in Germany, Italy and the United States. And so Raya invited us to her place.

Half a day and a lot of impressions.

I did not go to Naples separately, the excursion around the city and to Pompeii was part of the excursion program of the “City of Arts. In a week we had to visit almost all the major cities in Italy, so in Naples we spent the whole week.

READ
Sea of Galilee - a special place of pilgrimage

For a relaxing vacation.

As I learned from the locals, Naples has been cleaned up in recent years. It is much cleaner than it used to be. Although cab drivers don’t change, they will try to cheat you wherever you go, not just in.

The colors of southern Italy.

Napoli is a bustling, colorful city, located on the shores of the Bay of Naples. Medieval fortresses adorn the city, filling it with many stories. Castel del Ovo – “The Castle of the Egg” is located on an island just off the shore. Inside is a historical museum. The fortress of Sant’Elmo on the very.

How many statues of the Virgin Mary in this town?

It would be beautiful if it were not so dirty.

Our acquaintance with Naples began at the port, because we arrived there by boat. We were greeted by hospitable Italians, vigorously inviting you on a tour, with their cab, on a bus tour, or just to buy a “real” bag from them.

A colorful, unforgettable, fun city with a rich history, Vesuvius, and of course Pompeii.

Naples, Pompeii A beautiful city, there is no way to see everything in one day, you will have a choice among: 1) walk around the city among the beautiful streets, visit hundreds of stores and benches, climb the fort, which stands.

The city is madly beautiful and crazy at night.

Having been in Naples once makes you want to stay there. Naples has so many museums and churches of extraordinary beauty. The infrastructure of the city attracts and beckons. An unreal port that stretches throughout the city and even walking along.

To visit Naples and also to take a couple of days in Sicily is worth it.

Naples, a very beautiful and so culturally diverse city. Here you will not find a large number of refugees, which we were so scared on TV. At most you can run into here, the peddlers are pushy in the squares and places.

Between Europe and Africa.

Founded by the Greeks in the eighth century BC, Naples is now the third largest city in Italy and a major seaport on the Tyrrhenian Sea. My first introduction to this city was combined with a visit to Pompeii.

Good evening or day, were parents on vacation in Italy the city of Naples. The nature is pleasant, the air is clean, the locals are pleasant (by the way very friendly and helpful at the first opportunity). Sightseeing is very interesting, I liked it very much.

Got incredible emotions from this tour. Were the whole family, we all liked it, including the children. Beautiful temples, we will remember for a long time. Very informative tour, we still remember with a smile on his face. I advise .

I also went to Naples, although I had no plans to visit. I knew it was the poorest and most dangerous city in Italy. When you come to the city, you really move into some slums and ghettos – if you turn off from any central road.

It was for those who love Italy, we can talk about it endlessly. There is something to see.

If you want to get an impression of something special, festive, colorful, it is worth to visit the south of Italy, Naples in winter. At this time comes a lot of tourists . In the historic center all the stores sell Christmas-themed souvenirs.