Three German spa towns have been added to the UNESCO World Heritage List – Baden-Baden, Bad Kissingen and Bad Ems. What are they famous for, besides the mineral springs? The therapeutic effect on holidaymakers here has both the nature and the culture. 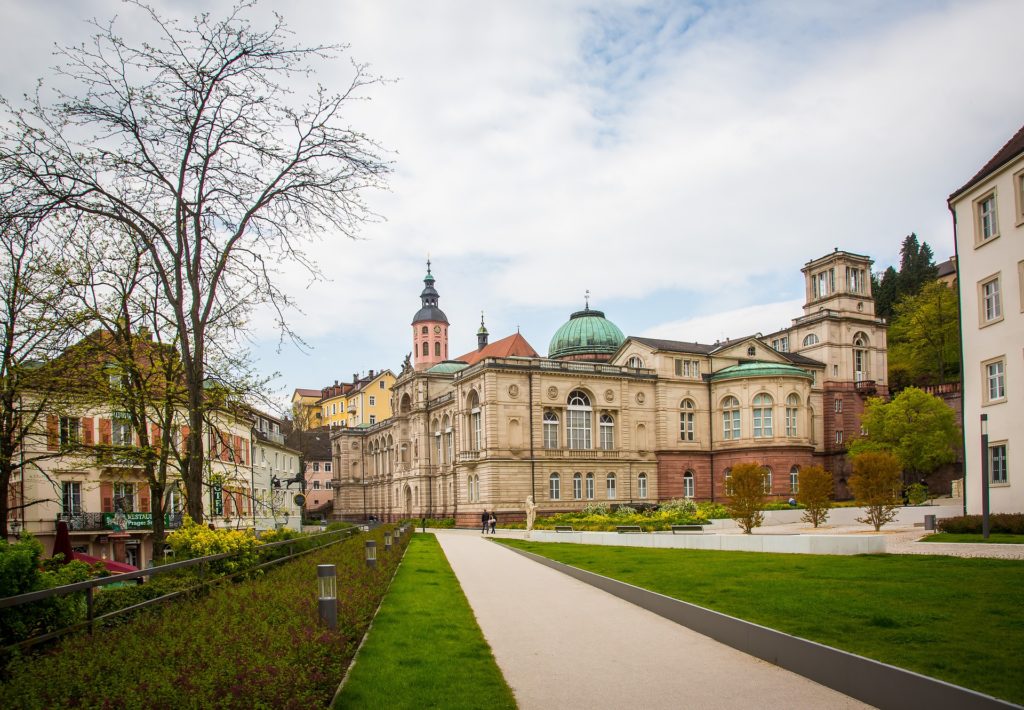 Baden-Baden The German word baden means “to bathe”. If you find it in the name of the town, you cannot go wrong and think of the area as a resort. Baden is in Baden, a village in Baden-Württemberg that has several locations in Germany that are denoted as Baden in Baden, so that everybody knows what they are talking about. Over time, the preposition disappeared, and the city has a double name.

Baden-Baden should be well known to lovers of Russian literature. Turgenev lived here, who made the town famous in his novel “Smoke”, Gogol read out passages from “Taras Bulba” to his friends here, and Dostoevsky lost his money at the local casino.

As soon as summer came, Russian intellectuals went to Baden-Baden, and not always for medical reasons.

“I live on the famous waters of Baden-Baden, where I only came for three days and from which I have not been able to get away for three weeks. I’ve met quite a few people I know. No one here is seriously ill. Everyone comes just to have fun. The location of the city is wonderful… There are so many places for walks in the vicinity, but I am so lazy that I can not bring myself to look at everything” – Gogol wrote in July 1836 to his mother.

To look in Baden-Baden is really something. The city is located on the western slopes of the Black Forest near the river Os. The thermal springs here were “dug out” by the Romans, and during a walk you can admire the ruins of the baths. Artistic ruins also remain from the castle Hohenbaden (or Old Castle), built in 1102 by Margrave Hermann II. From the castle, which is 410 meters above sea level, there is a breathtaking view of the city.

You can catwalk in beautiful outfits along the Lichtenthal Alley, planted with chestnuts, magnolias, oaks, lindens and maples. In the XIX century the alley was the main meeting place of Russian aristocrats.

By the way, the first tourists of the resort were not Russians, but the French. Among our compatriots the town became popular thanks to the marriage of Alexander I to Princess Louise Maria Augusta of Baden, who took the name of Elisabeth Alexeyevna in Orthodoxy. And in the summer of 1814 began to come here military – to improve health after the war with Napoleon. By the mid-nineteenth century Baden-Baden took up to five thousand Russians during the season. They brought with them the fashion for gambling and horse racing.

Today the city is still popular with Russian-speaking visitors, Russian is spoken here everywhere – in the stores, baths, service points. The casino where Dostoevsky left his wife’s dowry, the Kurhaus Baden-Baden, is open every day until late at night. 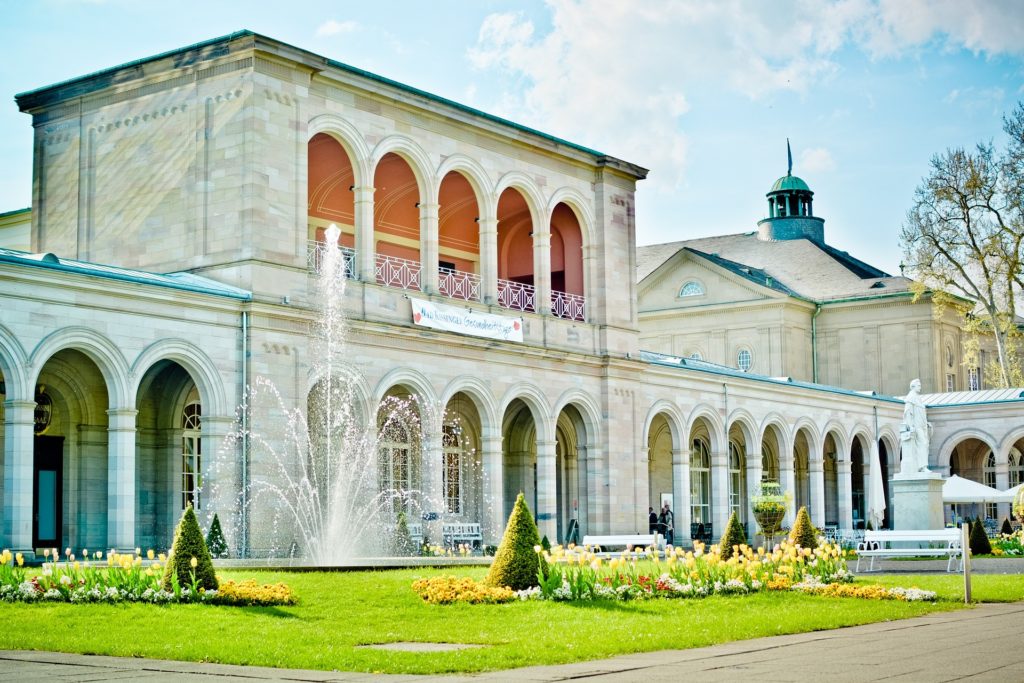 The resort of Bad Kissingen is in Bavaria, in the region of Lower Franconia. This is an important distinction, because it speaks a corresponding dialect, not unlike the Bavarian dialect. The town has been known as a spa since the 16th century. The mineral springs were both medicine and seasoning – salt was mined in the area for a time. Guests of the spa at various times were Otto von Bismarck, Empress Elisabeth of Austria (Princess Sissi), three times Russian Emperor Alexander II.

The spa buildings (bathing and drinking halls) built in the styles of classicism, neo-renaissance and neo-baroque look like palaces! Bad Kissingen is also called the “City of Roses”. Along the river Saale each year residents plant ten thousand rose bushes of 125 varieties. The best time to be in town in early summer, when you can see the rose garden in all its glory, and also go to a concert of classical music at the festival “Kissinger Sommer”, which comes to perform the best musicians in Germany.

READ
What to see at the National Museum of Korea in Seoul? 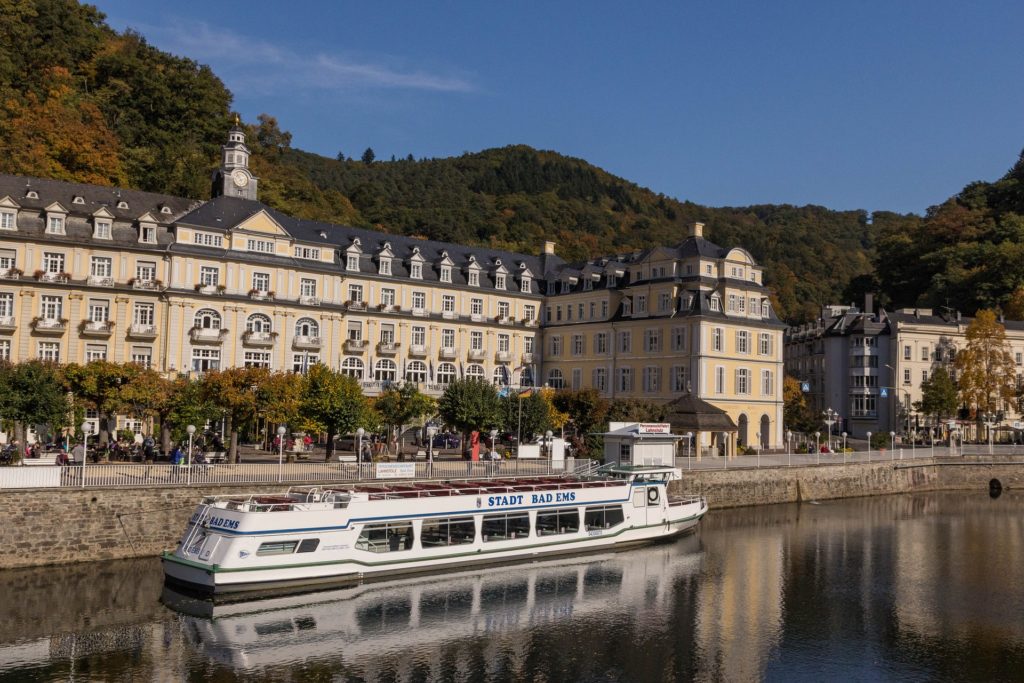 The mineral springs in the 18th century turned the village of Bad Ems in Rhineland-Palatinate into one of Germany’s most famous health spas, where European monarchs and aristocrats cured themselves. It is known that the Russian Emperor Alexander II signed here Emskogo Edict, which restricted the use of Ukrainian language in the empire (in the town there is a memorial plaque to that effect).

Today there are 17 healing springs in the town. They differ in composition of mineral substances and temperature (from 27 to 57 degrees Celsius). Alkaline, chloride-sodium waters are used for drinking, inhalations, rinses, irrigations, thermal baths.

A must-see architectural attraction is the residence of artists and curators in the Künstlerhaus Schloss, the Four Towers, the summer residence of Tsar Alexander II, and the main spa building on the River Lahn, which was once used for balls and plays staged by international stars.

There is also the oldest casino in Germany (the first game was recorded back in 1720, and you can see a roulette table of that time in the city museum). Of course, Fyodor Dostoevsky played (rather, lost) here as well. It’s amazing how treatment and gambling were (and still are) combined at the resorts! If the card rooms don’t interest you, go to Kurpark Bad Ems. It was laid out at the end of the 17th century and consists of French and English parts of the garden, each with its own style.