Holidays in Sicily in September 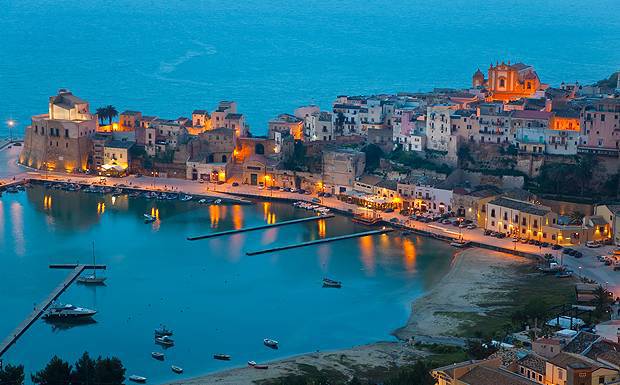 Sicily is certainly not the majestic Rome, and not amazing Venice. And yet to reach Italy without a trip to Sicily is impossible. Scenery in Sicily is truly fantastic: there are mountains and volcanoes, and beautiful beaches. In general, Sicily in every way – a place wonderful.

You can go to the island whenever you want, but if you want to combine beach holidays with a holiday sightseeing, it is better to go to Sicily in the summer, or in early fall. Here’s about September, one of the most pleasant months for a trip, read below.

The weather in Sicily in September

The weather in September in Sicily is pleasant and warm and not as sweltering as in summer. However, from year to year the situation varies slightly. In some years the first two weeks of September is almost summer heat (+29 … 33 ° C during the day and +18 … 22 ° C at night), and the second – a pleasant warmth (+24 … 27 ° C during the day and +16 … 20 ° C at night). Sometimes temperatures around +30 degrees are almost all month with a couple of cold spells (however, below +20 during the day is unlikely to be even these days). Anyway, in any case it will be hot or warm in September, without any frightening autumn “hints”.

The island is also quite dry in September. The amount of rainfall in Sicily is always about the same (except for the dry summer), so most days in September are very sunny and clear. But a few days a month are overcast (rather cloudy, which is okay), while rain falls over Sicily once or twice or three times in September. The winds increase a little in early fall, but they only save you during the scorching days. 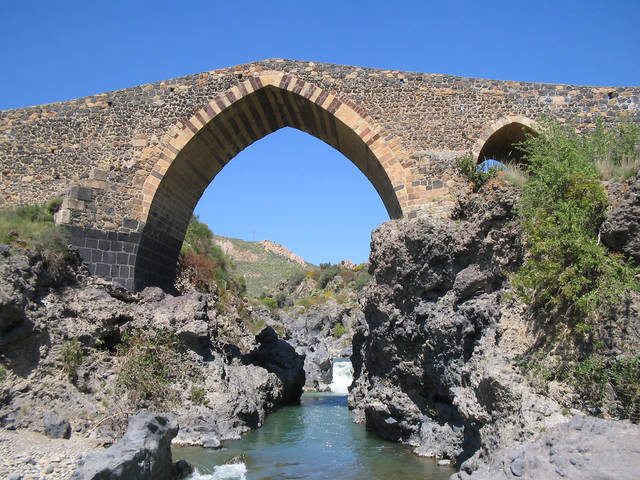 The sea off the coast in September is still warm, averaging +26 … 28 ° C. The temperature remains almost unchanged during the month and most often it cools down to +25°C only in the last days of September.

READ
Copenhagen - What to see and do in the Danish capital 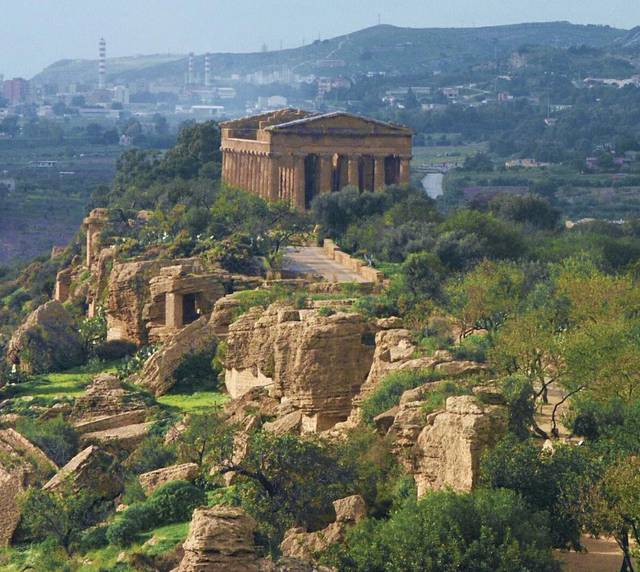 So the weather in September in Sicily is perfect both for those who are going to explore the beauties of the island (it’s not so hot anymore) and for those who want to lie on the beach, swim and sunbathe.

What to do in Sicily in September

There are plenty of things to do in Sicily! It is highly recommended to rent a car to go from city to city – it’s cheap and easiest. You can go to a nearby town, say, on a city bus, but here’s back will have to return at 7-8, and that’s too early. 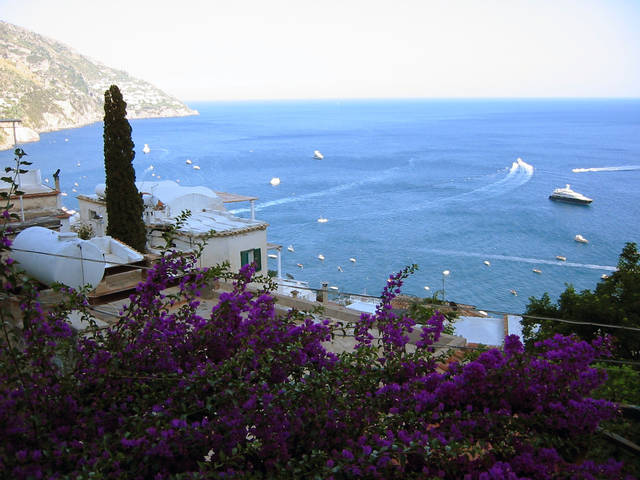 The island has three airports: Palermo, Marsala and Catania. Most often, tourists choose Palermo or Catania. In principle, there are many beautiful things near both cities, but if you want to climb Etna first, you should choose Catania.

What are the places worth visiting in Sicily? The symbol of the island is the active volcano Etna. Its height is 3329 meters. You don’t have to buy a tour to get to it. A bus runs through the center of Catania (fare about 4-5 euros one way), taking tourists to the picturesque village of Rifugio – Sapienza on the slope of the volcano. There is a funicular station to take you to a height of 2500 meters (the fare is about 30 euros round trip), and from there you can either walk (about 40 minutes to an hour) or take special buses to the craters. Quenching craters show absolutely all arriving tourists (at the top of a free guide), and to the crater, where the lava bubbling, will need to climb with a separate guide (and possibly the passage will be prohibited in view of the dangerous situation). The place is fantastic, impressive and very cool (but the village has a rental of shoes and jackets) – go there only in jeans and it does not hurt to bring a hat and scarf. 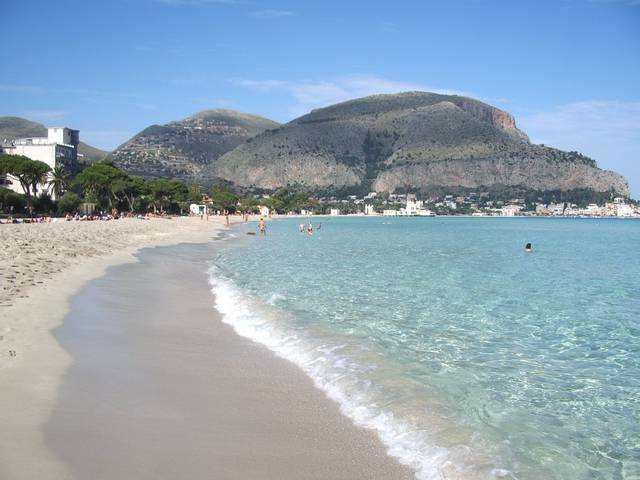 For the less extreme – the natural beauty of Sicily: wild rocks, lush vegetation, many beautiful coves. In Sicily, there are many very beautiful and comfortable sandy beaches. If you have a holiday in Palermo – take public transport to the beach Mondello (20 minutes from the city center): very picturesque, excellent infrastructure, clean fine sand and excellent entrance to the sea. In Catania beaches are so-so and many people prefer to go to Cefalù, a small town about an hour drive from Catania – a long golden beach, restaurants and stores, an incredibly cozy and relaxed atmosphere. Well and a number of other beautiful beaches – almost everywhere!

A visit to Taormina is highly recommended. This ancient city, is located between Messina and Catania, on the coast of the island. It is a city with history: in 403 B.C. the port city of Naxos was destroyed and its inhabitants stayed there, so Taormina was founded with a great view to the Ionian Sea. The town is madly cozy and beautiful: there are the ruins of an ancient city, a Greek theater and a Roman odeon (where concerts are held today), and cozy streets with shops and restaurants. The funicular from Taormina takes you down to the beaches, wonderful, sandy and pebbly. The most famous beach is Isola Bella beach with a small island with an observation deck and lush thickets. In general, Taormina is considered the most fashionable resort in Sicily, and you will feel it immediately.

Do not be lazy to visit Castelmola, a mountain village located above Taormina, 550 meters above sea level. You can reach it from Taormina, by bus from the tourist center. You can also walk if it is not hot. Castelmola was built as a fortress to protect the sea. You will climb to the top and you will find the remains of the fortress. What is there to see? Of course, the views are gorgeous, amazing and breathtaking. It’s also great to have dinner in a cozy cafe practically above the abyss.

READ
The 8 things to see in Saint-Tropez, France 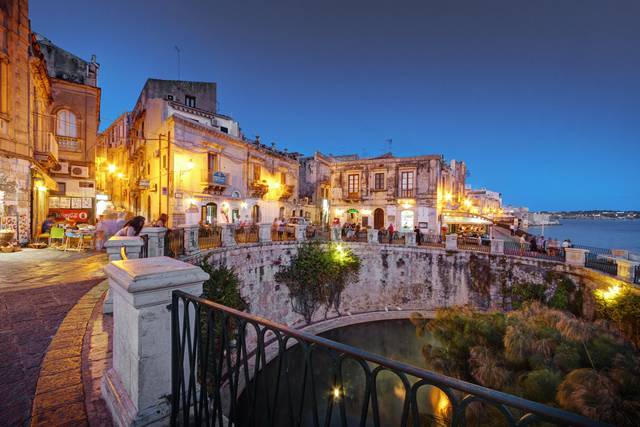 Go to Syracuse as well. It was one of the first Hellenic colonies on the east coast of Sicily, and it was once the largest and richest city on the island, as well as the largest city of Antiquity. The ruins of the ancient city are a World Heritage Site. You can see them in the park (entrance fee is charged). Other beautiful places you will find on the island of Ortigia – there is an old town with narrow streets and a fortress. On the island you can take a ride on the train. For about 10 euros you can take a trip on a little boat along the island shores and sea grottoes – it’s very beautiful and informative!

Palermo, the capital of the island, is a bustling, crowded, beautiful city. In September, in Palermo there are expected a lot of tourists: come and see the unique local attractions, walk the streets with young people from all over the world, sit in the open-air restaurants. The nightlife in Palermo is boiling! Among the main sites of the city are: the urban garden of Flora (Villa Giulia), the Foro Italico promenade, the Cathedral Square, St. Rosalia Cathedral, the Royal Palace, the Capuchin Catacombs, and others. On the outskirts of Palermo is Monte Pellegrino with a marvelous view and the cave church of St. Rosalia: do not be lazy to climb the mountain to see the whole city encased in mountains and sea. 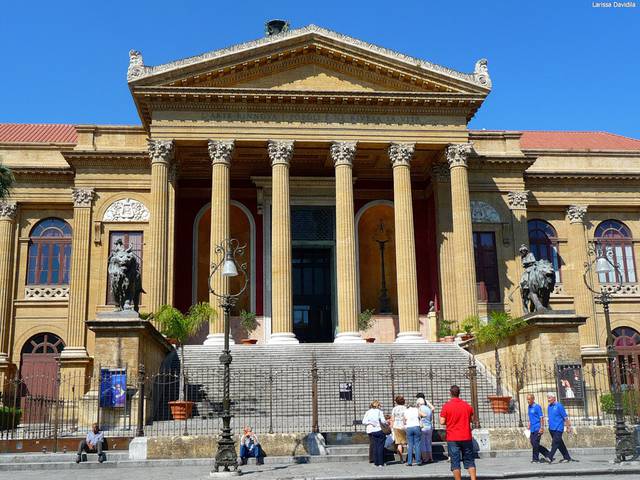 Check out the Massimo Theater in the capital as well. It’s the largest opera house in Italy and one of the largest in Europe. Entrance is guarded by two figures of lions, which represent the main genres of theater – comedy and tragedy. You can even attend one of the performances or concerts, or you can go on a daytime short (about half an hour) tour: you will be shown the theater premises, dressing rooms and more. Animal lovers should visit the Biopark, near Palermo.

A great trip is to Erice. Even the Sicilians may not know about it, but it’s a worthwhile place. Its location is close to Trapani and you can get there either by car, by bus or by cable car. First of all, Erice has beautiful views. Secondly, Erice has an amazingly quiet and atmospheric atmosphere. Here in the high season there can be no people in the streets. Erice is the main street with restaurants (a little more expensive than everywhere else, including at the foot of the mountain) and shops, it’s small but cozy squares, it is absolutely enchanting Italian courtyards, buried in flowers, and breathtaking landscapes. In addition, Erice has the ruins of old fortresses, castles and museums (which, in principle, you don’t have to go into).

Thus, a trip to Sicily in September can combine a cultural and educational vacation, an active vacation, and a lazy, beach vacation. The place is very atmospheric, cozy, crazy beautiful, and you will have a lot of impressions!