In 1775, Szymon Antoni Sobekrajski, astrologer and cartographer for King Stanisław August Poniatowski of the Polish-Lithuanian Commonwealth, attempted to calculate the geographical center of Europe and concluded that it was in the market square of the town of Suhowol in the western edge of the Grand Duchy of Lithuania.

In 1885-1887 years geographers of Austro-Hungarian Empire carried out geodesic researches in Zakarpattya (territory of modern Ukraine) for construction of railroad from Rakhiv to Syhet. Along the way it was found out that in the Upper Austro-Hungarian basin may be the center of Europe. After careful research the scientists from Vienna Imperial-Korolský Military Geographic Institute defined the place of supposed geographic center of Europe. In 1887 a historic sign with a stone was established. The Latin inscription on the pedestal reads (translated by Academician N. Tarasov [2] ):

Permanent exact, eternal place. Very precisely, with a special apparatus, which is made in Austria and Hungary, with a scale of meridians and parallels, the Center of Europe is set here… 1887

The boundaries of Europe used by Viennese scholars for calculations are unknown, but the descriptions took into account the extreme values in latitude and longitude, after which the geometric center was calculated. The sign is located at the coordinates 47.961111 , 24.186111 47°57′40″N. 24°11′10″ E. / 47.961111° N. 24.186111°E (G) (O) , on the bank of the Tisza River. Austrian geographers also noted Mount Tillenberg (elevation 939 m) near the Bohemian town of Cheb and the German town of Neulbenreuth, placing there a brass plaque with an inscription about the center of Europe. [6]

In the early 1900s, geographers of the German Empire did their own calculations and concluded that the Austrian measurements were wrong. According to the German version, the center of Europe is in the Saxon capital of Dresden, next to the church “Frauenkirche.” [7] After World War II, research by Soviet scientists confirmed the version of the Austrians, after which the sign in Rakhiv was renewed – May 27, 1977 near the old sign a stele was built 7.2 meters high. 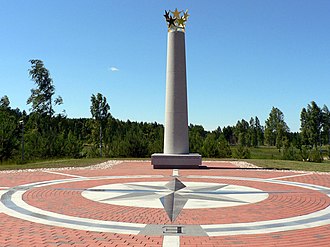 When calculating the center of mass of a geometric figure of Europe, its center appears at the point with the coordinates 54.9 , 25.316667 54°54′ N. 25°19′E / 54.9°N. 25.316667°E (G) (O) . The relevant calculations were made by the French National Institute of Geography in 1989, and it turned out that this place is located 25 km north of Vilnius (the capital of Lithuania). The monument, created by sculptor Gintaras Karosas, was erected in 2004. The State Department of Tourism of the Lithuanian Ministry of Economy classified the Center of Europe Monument and the reserve located next to it as a tourist attraction. The place is the only geographical center of Europe listed in the Guinness Book of Records. [8] The granite tiles around the stele show the distances from the center of Europe to the capitals of some European and world countries.

The Park of Europe, which has many sculptures in the open air, is located 17 km from this place. [9]

In 2000, Belarusian scientists Alexei Solomonov and Valery Anoshko published the results of a study according to which the geographical center of Europe is located 48 km southwest of Polotsk, near Lake Sho ( 55.181944 , 28.258333 55°10′55″ N. 28°15′30″ E. / 55.181944° N. 28.258333°E (G) (O) , Vitebsk region). [10] Scientists used a special computer program, which takes Europe as a whole – the White Sea and the Baltic Sea, England and Ireland were included in the program as objects of the continental zone. It is assumed that in the calculations to determine the center of Europe, it is necessary to consider the inland waters of Europe and the Ural Mountains – the eastern border of Europe. [3]

See what is “Geographic center of Europe” in other dictionaries:

Geographic Center of Belarus – (Belorussian Geographic Center) a point on the Earth’s surface with geographic coordinates latitude: 53°31’50.76”; longitude 28°2’38.00”. Located 70 and km south-east of Minsk, a few kilometers from Maryina Gorka, near the village … … Wikipedia

Geographical atlas – A systematic collection of maps made according to a single program and published as a book, album, set of sheets in a folder in one or more volumes or in electronic form. According to N. N. Baransky, “an atlas refers to a separate map … … Geographical Encyclopedia

Nigeria. Economic and geographical sketch – Pumping station of the oil pipeline. General characteristics of the economy. Among African countries, N. stands out for its significant economic and socio-geographical uniqueness: first place in Africa in terms of population, the presence of rich and … … Encyclopedic Guide “Africa”

Mexico. Economic and geographical sketch – General view of the city. Durango. Mexico. Economic and geographical sketch General characteristics of the economy. M. is one of the most economically advanced countries of Latin America. In 1977 the gross domestic product of M. was $65 billion. In terms of this index … … Encyclopedic Guide “Latin America

At the very heart. Where is the center of Europe? 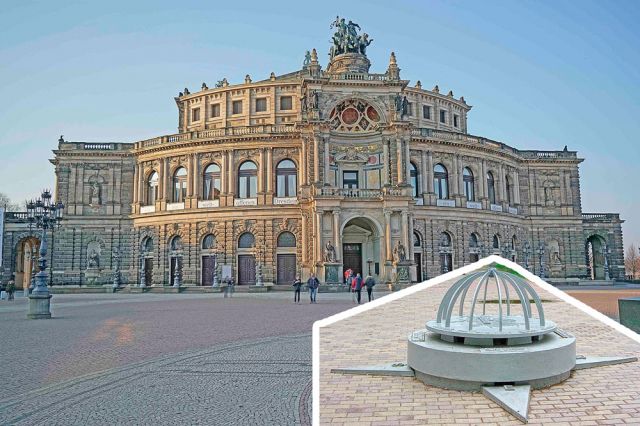 Disputes about where the center of Europe is, after all, arise because of the conventionality and ambiguity of part of the continent’s borders. The location of the center depends on the definition of the borders of Europe and is mainly determined by the method of calculation chosen and whether the outlying islands are included in the list of extreme points of Europe or not.

The first historical mention of calculations of the geographical center of Europe dates back to 1775, when Szymon Antoni Sobekrajski, astrologer and cartographer of Rzeczpospolita, in his research concluded that the center of Europe is located in the market square of Suhowole town in the west of the GDL (modern territory of Poland). The method of calculation used by Sobekrajski is still unknown. However, this does not prevent the residents of Suchowol from believing that it is they who live in the heart of Europe.

Local scientists in 1815 determined that the central point of Europe is a hill, which lies on the watershed line of the Baltic and Black Sea basins. However, the method by which the coordinate was determined is unknown. The only information about the calculation of the center of Europe can be found on a plaque near the church of Jan the Baptist on the top of the hill. It states that it is “the center of the smallest circle described in the boundaries of Europe.”

According to the Vienna Academy of Sciences, the center of Europe is located in Precarpathia, which was once part of the possessions of the Austro-Hungarian Empire. This was declared by the surveyors of the imperial court back in 1887. According to the descriptions, the extremes in latitude and longitude were taken as the boundaries, after which the geometric center was calculated.

In the early 1900s, geographers of the German Empire did their own calculations and concluded that the center of Europe was in Dresden, the capital of Saxony, next to the Frauenkirche church. 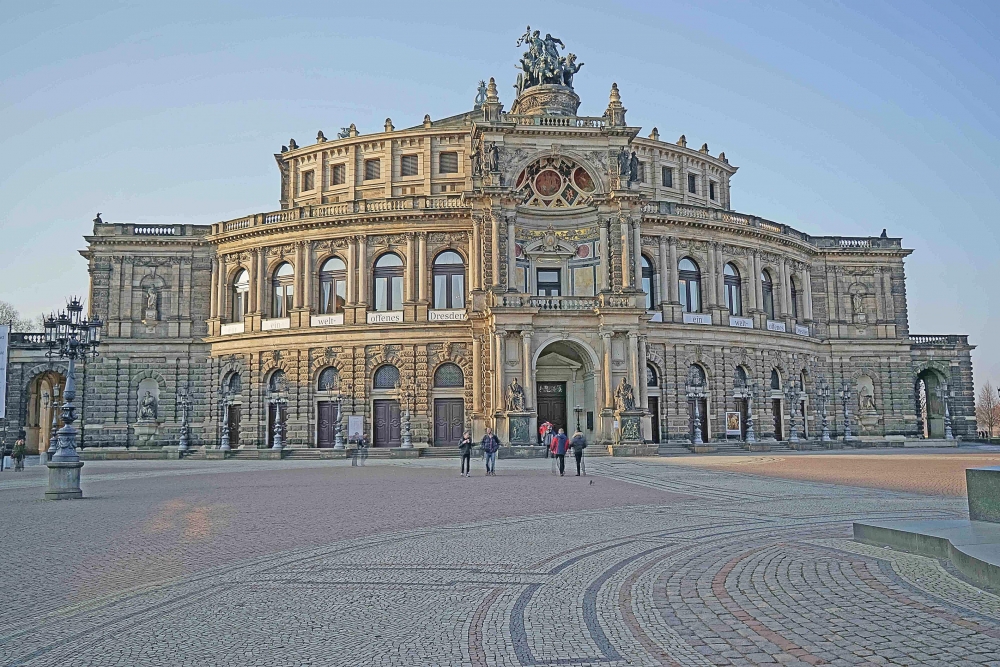 The French National Institute of Geography established a new location for the geographical center of Europe in 1989. A mathematical method of determining the center of gravity of a flat figure was used for the calculations, and the new center was found 26 km from Vilnius.

For astronomers, the Czech town of Kouřim is a magical place. Years of research have led to the conclusion that the astronomical center of Europe is located here. By all accounts, this center is located right on the town square, just a stone’s throw from the town government.

The Czechs are not limited to one center of Europe. According to some reports, it may well be Mount Dilení, almost 940 meters high, which is located on the border with Germany.

Based on topographic data, Hungary has announced that the geometric center of Europe is located in the village of Taia, 45 kilometers from the city of Miskolc in the northeast of the country.

Most measurements do not include in the territory of Europe small islands belonging to European states. But if we count the Portuguese Azores in the Atlantic, Franz Josef Land in the Arctic Ocean, Crete and Iceland, it turns out that the center of Europe is located on the island of Saaremaa, in the western part of Estonia. The local municipality is trying to clarify these calculations and organize a tourist area dedicated to this landmark in the village of Mönnuste.

READ
11 religious buildings worth discovering on the island of Réunion, France 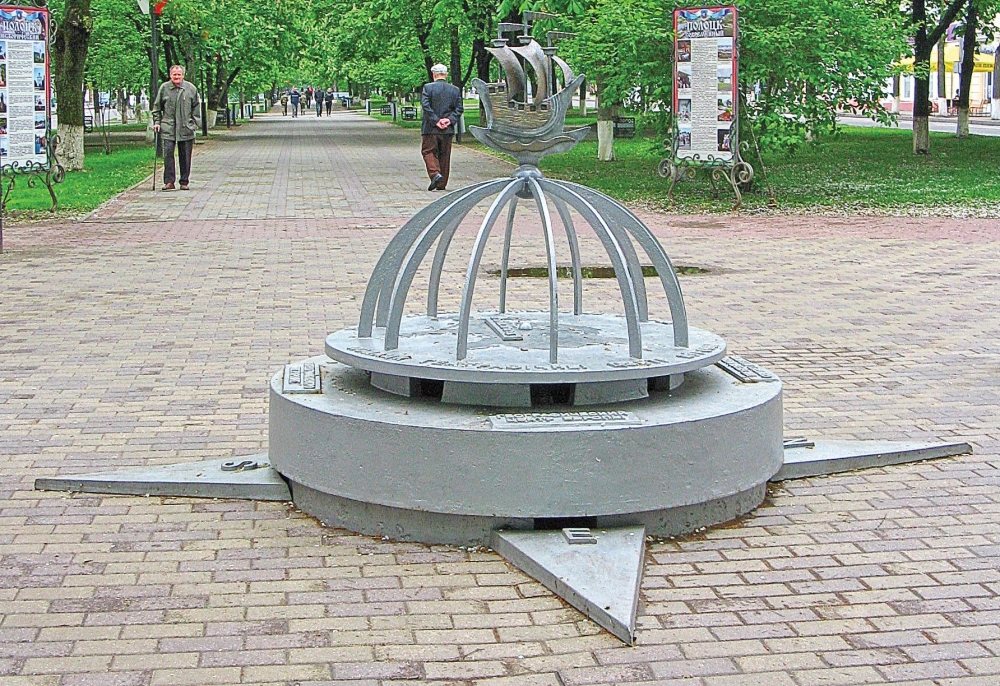 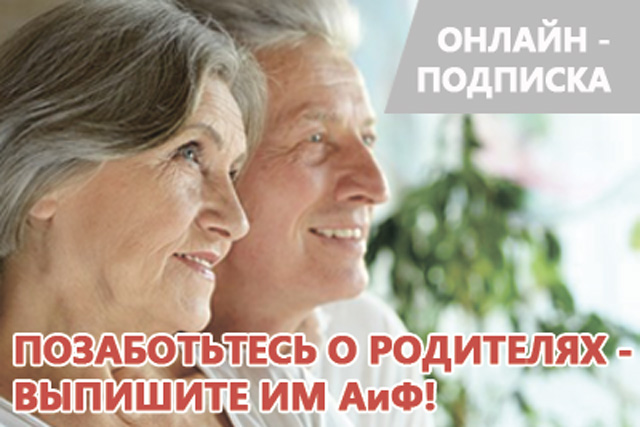 These simple rules will help you to enjoy communication on our site!

To ensure that your visits to our site will continue to be pleasant, we ask you to strictly follow the rules for comments:

The message should not contain more than 2500 characters (with spaces)

The language of communication on the site AiF is Russian. In the discussion you may use other languages, only if you are sure that the readers will be able to understand you correctly.

Expressions containing profanity, degrading language, and those that foment inter-ethnic discord are forbidden in comments.

Spam, as well as advertising of any goods and services, other resources, media, or events unrelated to the context of the discussion of the article are prohibited.

Posts not relevant to the content of the article or the context of the discussion are not welcome.

Let’s respect each other and the site where you and other readers come to talk and express their thoughts. The site administration reserves the right to remove comments or parts of comments if they do not comply with these requirements.

The editorial board reserves the right to publish individual comments in the paper version of the publication or as a separate article on www.aif.ru.

If you have a question or suggestion, send a message to the site administration.