When is the best time to go on vacation to Sofia?

Sofia is one of the oldest cities in Europe, situated in the west of Bulgaria in the Sofia Hollow at the foot of the mountain massif Vitosha. Its history goes back about 7000 years. Yet the city has been the capital of Bulgaria for less than a century and a half. Energetic stylish city full of contrasts and contradictions. Find out on Tour Calendar why the second half of spring, early June and September and the first two weeks of October are considered the best time to visit Sofia.

Sofia is an energetic, stylish city of millions, full of contradictions and contrasts, today it is the political, industrial and cultural center of the country

The tourist season in Sofia

The city has changed from a gloomy and gray city to a modern and lively megapolis, where ancient buildings and churches are now side by side with high-rise offices and huge shopping centers. In 2007, after Bulgaria’s accession to the European Union, the city received the status of the European capital. Wide paved boulevards, charming boutiques, a string of entertainment, presented by bars, restaurants, nightclubs and cafes, and, most importantly – the availability of all of this made of Sofia a popular tourist destination. The active tourist season in Sofia lasts from April to October, as well as during the New Year and Christmas holidays.

The high season in Sofia, i.e. the mass influx of tourists and inflated prices, is observed from June to mid-September. The bustling streets, the homogeneous crowds, the heavy traffic and the hot weather – that’s how one sees Sofia in any of the three summer months.

The tourist avalanche doesn’t really subside until November, when there is a noticeable drop in temperatures and the sun shows itself less and less in the sky. The atmosphere of tranquility in Sofia remains until April. But the notion of a “dead season” in the context of this city is relative. The winter season at the nearby ski resort, Christmas and Easter holidays, one way or another, affect the general way of life in Sofia.

Today, the capital concentrates a rich cultural heritage left here by the Bulgarians, Romans, Byzantines and Turks. Churches, cathedrals, basilicas, mosques, museums, galleries and historical monuments – all this is best seen in the warm season and preferably outside the high tourist season. For example, from mid-spring to early summer or in the first half of fall. 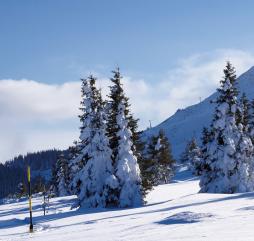 Just 8 kilometers from Sofia there is a ski resort “Vitosha”, which operates from December to early April. The distance between them is quite short – manageable by local public transport. If you do not have your own car, it is better to go to Vitosha on weekdays. The locals also tend to visit the resort on weekends. 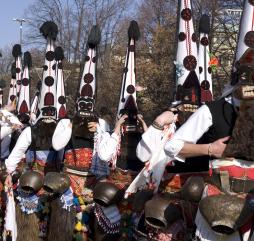 Bulgarians quite often celebrate certain holidays, often with pagan motifs. New Year’s Eve (“Surva Godina”) in Bulgaria is necessarily a costume party involving animal masks and belts with jingling bells. January 4 is the holiday of the Liberation of Sofia from the Ottomans. The Shrovetide is called “Cheese week” and the special dish is nothing else but halva. In March the guests are welcomed by the “Sofia International Film Festival” and in May it is followed by the “Bulgarian Salsa Festival”. In July the traditional “International Folklore Festival” takes place, which is attended by guests from all over the world. On September 17th unprecedented crowds of people gather on Alexander Nevsky Square in anticipation of the “Day of the City”. On this day the flag of the city is solemnly raised and St. Sophia, as well as their daughters – the Great Martyrs Faith, Hope and Love are glorified.

The health season in Sofia

As it is known Bulgaria is famous for its healing mineral springs. In Sofia there are concentrated a few balneological complexes, working on the basis of hotels. Spring is the ideal time to improve your health: nature awakens, the bright sun sets a good mood, and the fresh mountain air, saturated with pine notes, has a beneficial effect on the body.

The continental climate of Sofia has an additional influence of its location at an altitude of 530 meters above sea level and the presence of several rivers along the city. The climate of the capital is characterized by a wide range of temperatures, which vary greatly from year to year. From April to October the thermometer ranges from +15 ° C to +28 ° C, and from November to March the average temperature ranges from + 1 ° to -8 ° C during the day. Sofia is known for its rainy disposition, which manifests itself in the form of short rains, recorded here almost every month. Despite the fact that Sofia is more modest than other European capitals, people travel here all year round. 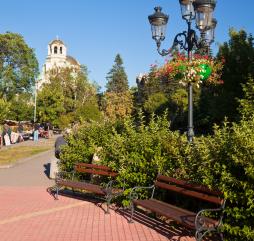 Spring in Sofia is ambiguous. In April and May there is more rainfall than in other months. But this circumstance does not exclude the possibility of the dominance of beautiful weather in between rains. On the contrary, the middle of spring in Sofia is mostly warm and sunny. This is the time to stroll through the many parks of the city, explore the architectural masterpieces and, afterwards, sip fragrant coffee in one of the many outdoor cafes. If you plan your trip in May, get ready for a pleasant rest in the lap of nature: marvelous aroma of blooming flowers, fresh air in the gardens and parks covered with lush greenery are the constant components of this month. 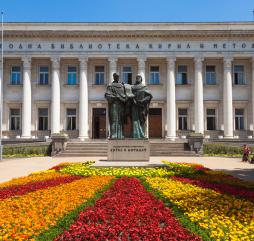 Summer in Sofia is hot, but still it is much cooler than in the lower regions of Bulgaria. Judge for yourself: even at the height of the summer season the thermometer does not exceed the limit of +30 ° C. In the evenings and at nights in the city, strangely enough, it is significantly cooler – about +13 ° C – +14 ° C. Summer in Sofia is characterized by rain, reducing its intensity as we approach autumn. July and August are the sunniest months of the year, giving the area up to 10 hours of sunshine per day. During the last summer month, locals head to coastal resorts, so some cafes and stores may be closed. 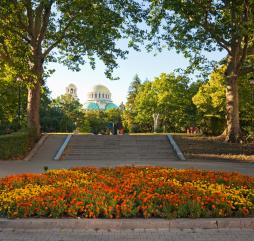 Autumn in Sofia is a beautiful time. September is quite warm, and in October there are at least 15 days of nice weather. The “gypsy summer” sprinkles the trees with gilding, the leaves rustle underfoot in the parks. The fragrance of autumn is in the air, and the daylight hours are beginning to wane. In late October, the evenings start to get noticeably colder. And soon the first snow cover is visible on the tops of Vitosha. 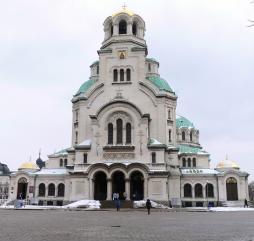 Winter in Sofia is usually quite snowy, with prevailing sub-zero temperatures. Occasionally it rains briefly. When choosing a closet for a winter trip, take care of enough warm clothes. January is the coldest month with an average daily temperature of +2 °C. Most tourists flock to the Aleko National Nature Park to go skiing. This is the main activity of the winter season.

What are the prices for holidays in Sofia?

Learn the current prices on vacations in Sofia, you can on the leading sites to choose the best tours, excursions and airline tickets.

The choice of the ideal time for a vacation in the Bulgarian capital is a matter of taste. But still we will try to be more specific. If you are interested in sightseeing, go to Sofia in spring, the first days of summer and early autumn. In July and August there are a lot of tourists, and the prices are not the most attractive. Winter is the time for ski holidays. Tour-Calendar wishes you a pleasant journey and a wonderful vacation in beautiful Sofia!