Weather in Japan by month – when it’s best to go

For many years, Japan was closed off from the world. Now this mysterious land, where eastern philosophy and modernity intertwined, welcomes guests from all over the world. Holiday in Japan has become a dream of Russian tourists. To understand this wonderful country, not enough books and TV shows, it is better to visit it in person.

You can fly to the farthest East at any time of the year. The country stretches from north to south, and the weather in Japan is defined by four climatic zones at once:

Within the islands, there are four distinct seasons and two rainy periods.

Hokkaido Island is considered the pole of cold. Snowstorms rage in winter, cold Siberian winds blow, and heavy snowfalls cover mountains with two meters high drifts. The lowest temperature ever recorded is 41 degrees below zero. But such cataclysms are rare. Usually, the winter cold is kept at 8.5 below zero. It’s much warmer on Honshu Island. It also snows here, but it melts quickly.

Cold air masses alternate between cyclones and anticyclones. The rains are followed by clear weather. Cherry blossoms begin in early March. After that the plum blossoms, followed by azalea, wisteria, and for a month the crowds of tourists admire the colorful flowering, which begins in the south and gradually reaches the northern regions. But sooner or later the flowers fall off and the weather turns bad.

The rainy season in Japan starts from the southern shores, gradually moving northward without affecting Hokkaido Island. The wet season begins with a light drizzle and ends with water squalls and hours-long downpours with landslides. Meanwhile, hot winds from the tropical Pacific Ocean bring heat and high humidity. Temperatures rise to 38-40° in some places. The rains recede, but the high humidity makes traveling in the country uncomfortable. The exception is hiking in the mountains, where it’s a little cooler.

In early autumn, the country is once again in turmoil, with the typhoon and hurricane season approaching. It’s not until October that nature calms down and compensates with the Momiji season, a time when lush greens are replaced by bright crimson. If you missed the cherry blossoms, come admire the red and yellow maples. 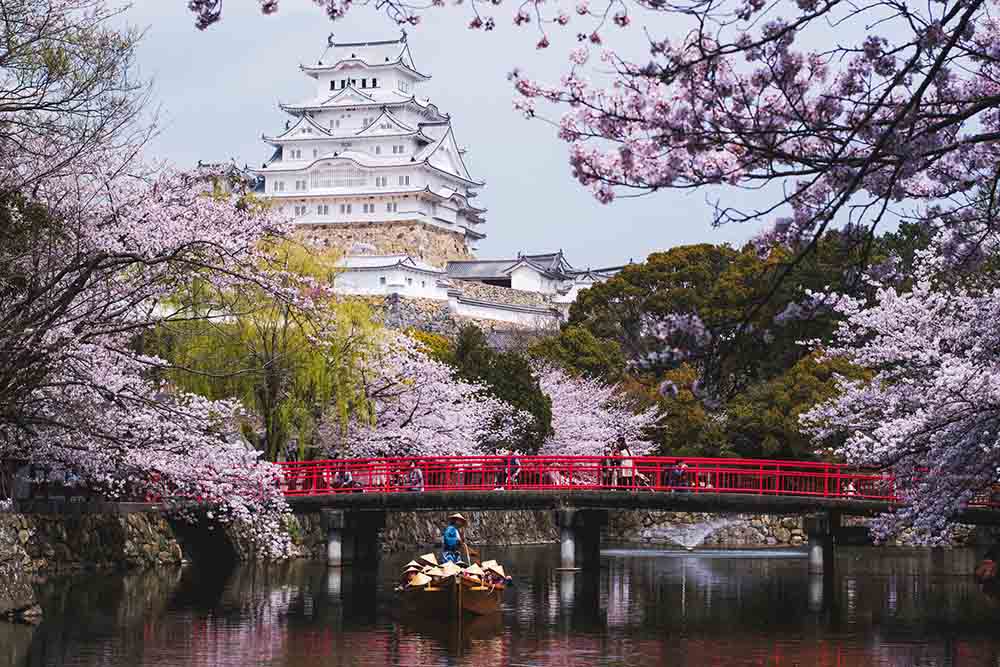 Winter landscapes in Japan are dull: wet snow melts quickly into slush, trees stand bare, and it gets dark early. But you can go to the ski resorts of Hokkaido and spend a few unforgettable days here.

Once on Honshu Island in April or May, when the wisteria blooms in Japan, visit Ashikaga Flower Park and walk through the tunnel of love. The flowering vines can be compared to a fairy tale waterfall, and the delicate purple inflorescences look like butterflies.

Kyushu Island and the southern tip of Honshu are in the subtropical zone. There is practically no winter here, and it’s hot and very humid in summer. The best time to visit is in the cooler autumn. The heat dies down, the beach holiday is in full swing, and the season lasts until November. You can go on tours of the ancient temples and monasteries.

To the south, on Ryukyu Island, begins the tropical zone. It’s summer all year round, but the heat is mitigated by the fresh sea breeze, and tourists from all over the country come to rest on Okinawa’s beaches.

Spoil the holidays can be the rainy season, which begins in May from the southern shores and comes to the north in June. It lasts about two months. Even when there is no rain, the sky is covered with low, frowning clouds. But the hydrangeas are in bloom and trips to hot springs and tours to some of the most beautiful places in the country are organized. Prices fall, the flow of tourists dries up, tours become cheaper.

To decide when it is better to go to Japan, consider the weather at different times of the year by months. 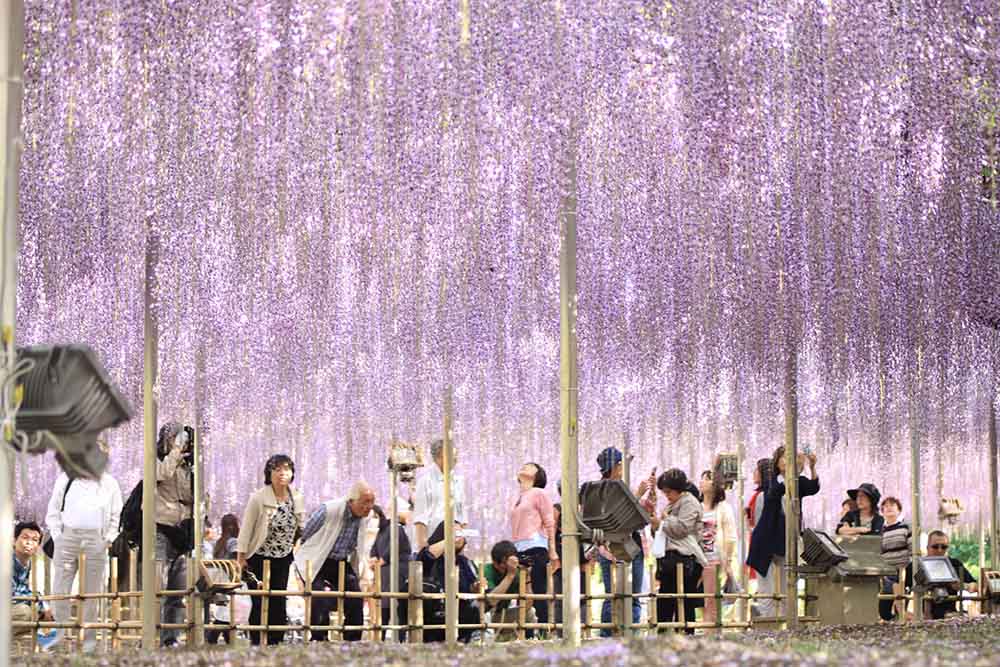 The Magic of Spring.

Most tourists come to Japan in spring, when the cherry blossom season begins. On the island of Okinawa, spring comes in January, gradually shifting northward. When the cherry blossoms bloom, Japan has a rush of tourists. If you ignore the crowds and high prices, spring in Japan is the best holiday season. The competition is in autumn, when the leaves turn yellow and scarlet, and the maples begin to bloom.

In March, the prices of airfare, hotels and tours jump. But this does not scare tourists who have traveled great distances to see the cherry blossoms with their own eyes. Warm clear weather is established. And only on the coast of the Sea of Okhotsk a cold wind brings thick fog and frost. Temperatures are 14° in Tokyo and 21° in Ryukyu and Okinawa.

In April, spring arrives in Kyoto and Tokyo. The thermometer rises to 17° in the capital and up to 22° in the southern resorts. The weather is sunny and parks and gardens are filled with cherry, plum and apricot blossoms. All over the country there is a festival Hanami – the admiration of flowers. Other festivals in Japan also start in the spring. These are temple festivals, national dance competition in Tokyo. At the end of the month opens Golden Week, when a succession of significant dates :

The Japanese move around the country en masse, merging with the influx of tourists. As a consequence, there is a shortage of hotel rooms, expensive tickets and traffic jams.

But the weather in May is comfortable for travel around the country: 20-22 ° in Tokyo, in the northern districts an average of 17 °. On the islands of Ryukyu and Okinawa the holiday season is in full swing, with temperatures climbing to 30°. The rains do not begin until the last decade of May.

READ
What to see in Chianti, Italy: villages, attractions and routes 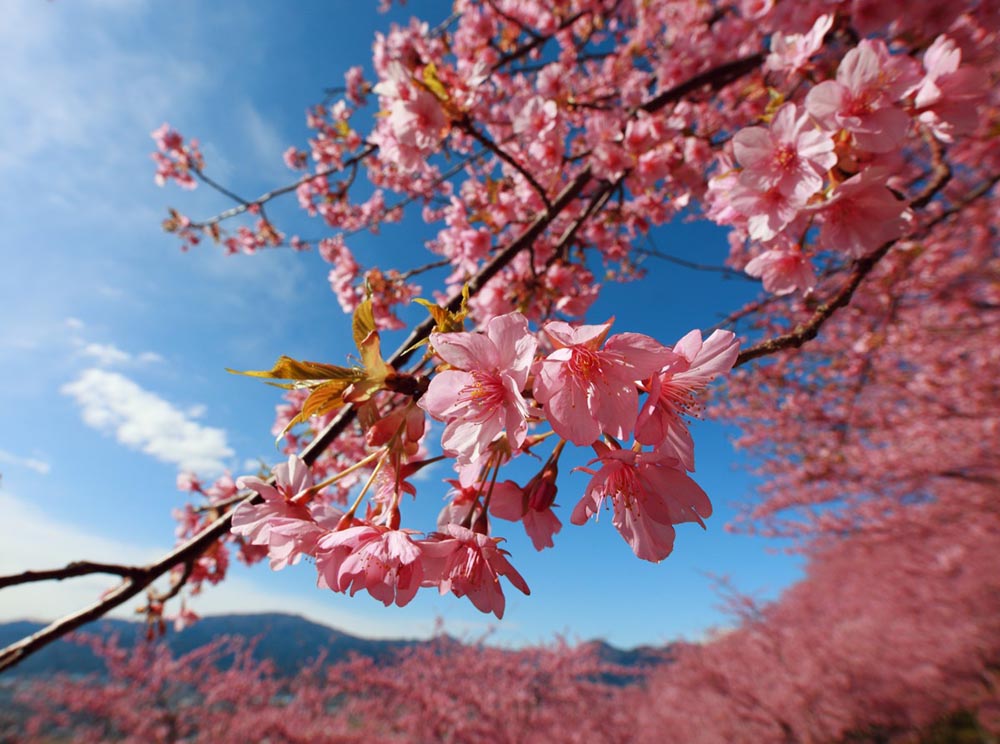 In June, the country is flooded with rains and the air warms up to 30°. It is very sweltering, damp and overcast. Tourists flee from natural disasters and head for Hokkaido, where May is still raging and irises irises and lotuses.

The “plum” rains abate in July, but the exhausting heat combined with high humidity is not the best conditions for travel. But during this period the cheapest tickets are sold. From July 1 to August 27 is officially allowed to climb the sacred mountain Fuji.

In August, the heat recedes a little, but the high humidity persists. Try to get to Honshu Island by August 8, when Japan’s fireworks festival attracts hundreds of thousands of tourists and the sky above Lake Biwa lights up with fiery colors and whimsical hieroglyphs.

The Buddhist festival of Obon is celebrated in the middle of the month. Japanese people commemorate the souls of deceased ancestors. People are released from work so they can visit their native places. Tourists should be prepared for crowds, queues and lack of hotel rooms. 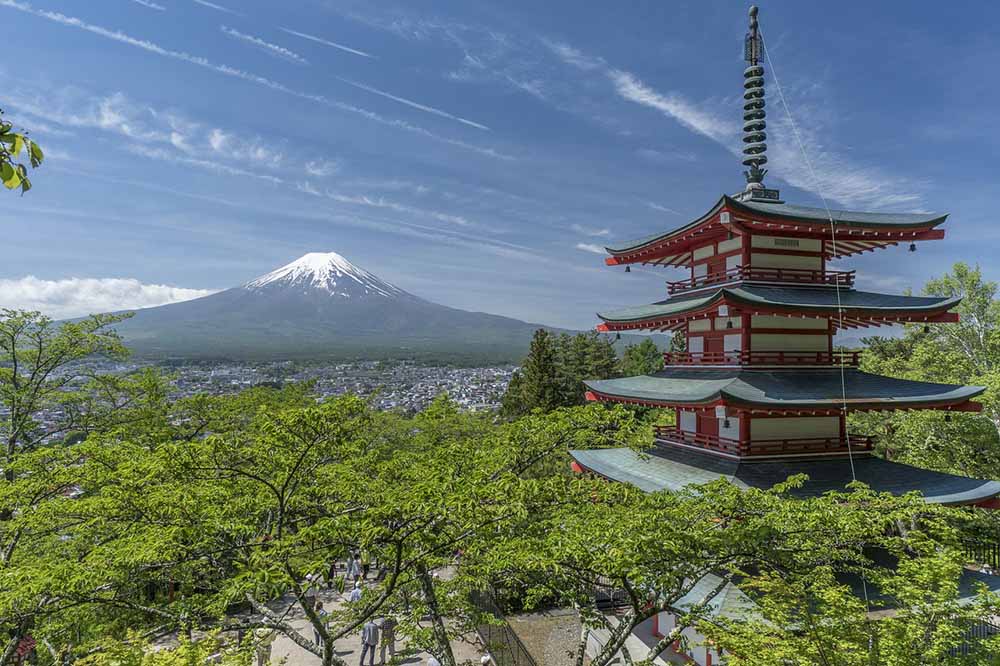 Such a different fall

In September, along with the long-awaited coolness come hurricanes and typhoons. Although temperatures sometimes rise to 30° during the day, nights are as cold as 10°. The chrysanthemums are blooming and the Japanese celebrate with another flower festival.

In October, the weather is quiet and cool, and nature delights with bright colors. Maple season in Japan is the best time to travel around the country. In Tokyo it’s 20-22° during the day and 27° in Okinawa.

In November, a golden autumn descends on the country. The air is clear and clean, with occasional frosts in the morning, but the chrysanthemums haven’t bloomed yet. In the capital up to 16 °, in the southern city of Naha to 25 °. Tourists are few and prices are reasonable. 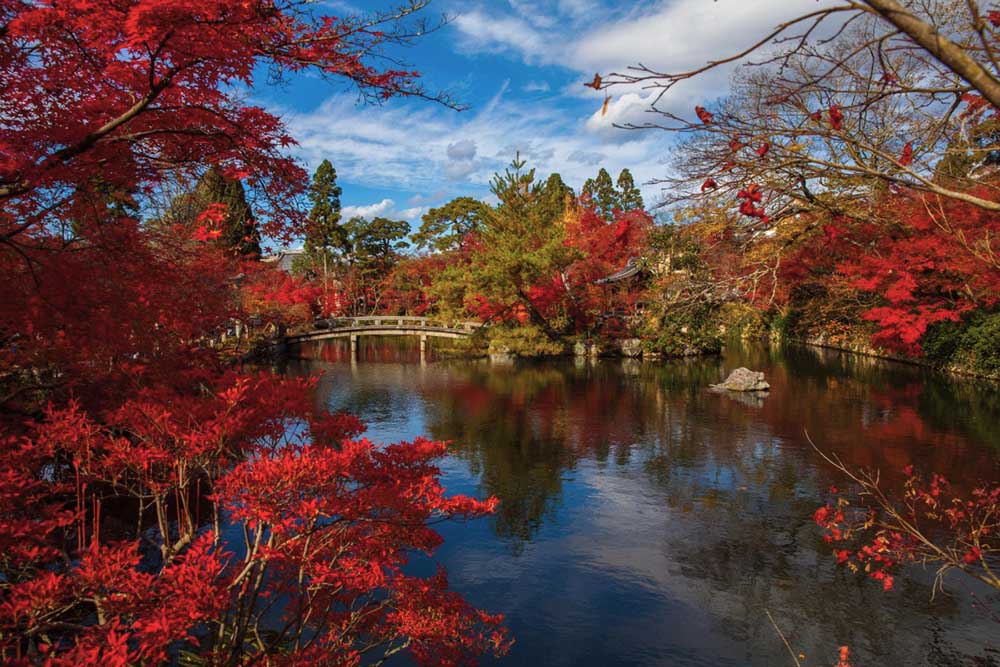 Save money on accommodations by renting from locals with Airbnb. Get 2,100 rubles as a gift on your first booking.

Average winter temperatures range from 1° to 14° depending on the region.

In December, the country prepares for New Year’s holidays. It is important for the faithful to know when Christmas is in Japan and how it is celebrated. To avoid conflicts, local churches have received a special blessing, and the Orthodox celebrate Christmas together with Catholics, on December 25. For Japanese who practice Buddhism and Shintoism, it is simply a beautiful, romantic evening with loved ones.

New Year’s Eve is a favorite holiday in Japan, where modern culture is blended with ancient traditions. Snow lies only in the northern region. So in January, skiers head to the resorts of Hokkaido.

In February, spring returns to the islands, green grass breaks through, buds swell, and Japanese cherry blossoms in the south. 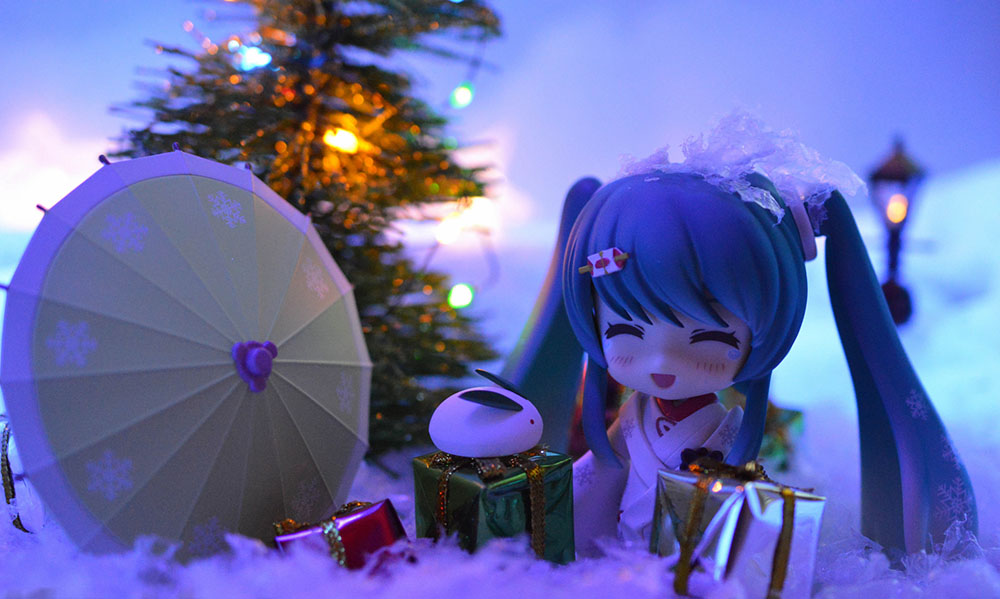 Russians do not consider Japan as a country for a beach vacation. They choose resorts closer and cheaper for that. However, the holiday season in the southern archipelagos lasts all year round and the water temperature never drops below 20°, and rises to 27° in the summer. Seaside resorts are popular with native Japanese.

The main flow of tourists is in July and August. The fresh sea breeze makes it easier to endure the heat and high humidity. But prices are high and rooms are sold out long before the season starts. So it makes sense to come here in other months.

Japanese people like to travel. So when planning your itinerary, take into account the flow of local tourists to avoid complications related to accommodation, queues, buying tickets.

Locals are delicate, hospitable, and appreciative of Russian culture. Russian seasons in Japan have attracted 3.5 million spectators. The Japanese themselves, while accepting the customs of foreigners, have managed to preserve their own face and character.