Features of vacations in Namibia

Namibia is considered almost the most exotic and picturesque country of the African continent, situated in its southern part and washed on the west of the Atlantic Ocean, which is also the state border. It’s a meeting place of two elements – ocean and desert – the very same wild Africa, though… with first-class hotels. 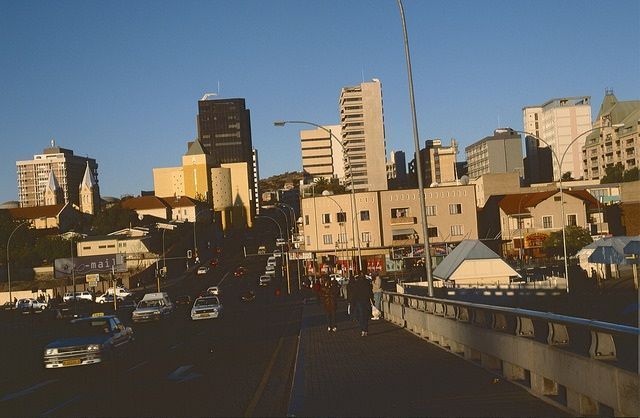 The tribes of hunters and herders inhabiting the present territory of Namibia in ancient times can be judged from numerous rock carvings preserved here from the IV millennium BC. The descendants of Bushmen, Herero and Himba can still be found in remote villages, where special tourist excursions are organized. Their life is extremely simple and to this day many of them rub their skin with a mixture of oil and ochre, which makes it red.

The Himba tribe makes a lasting impression on travelers, according to their own accounts. Its representatives have no idea of their age, they have no passports, but they get married several times. The ruler of the tribe has a dozen wives and almost five dozen children. For example, on one of the tours the tourists were allowed only when allowed by the eldest wife. And then the locals even took the aliens with them on a hunt. 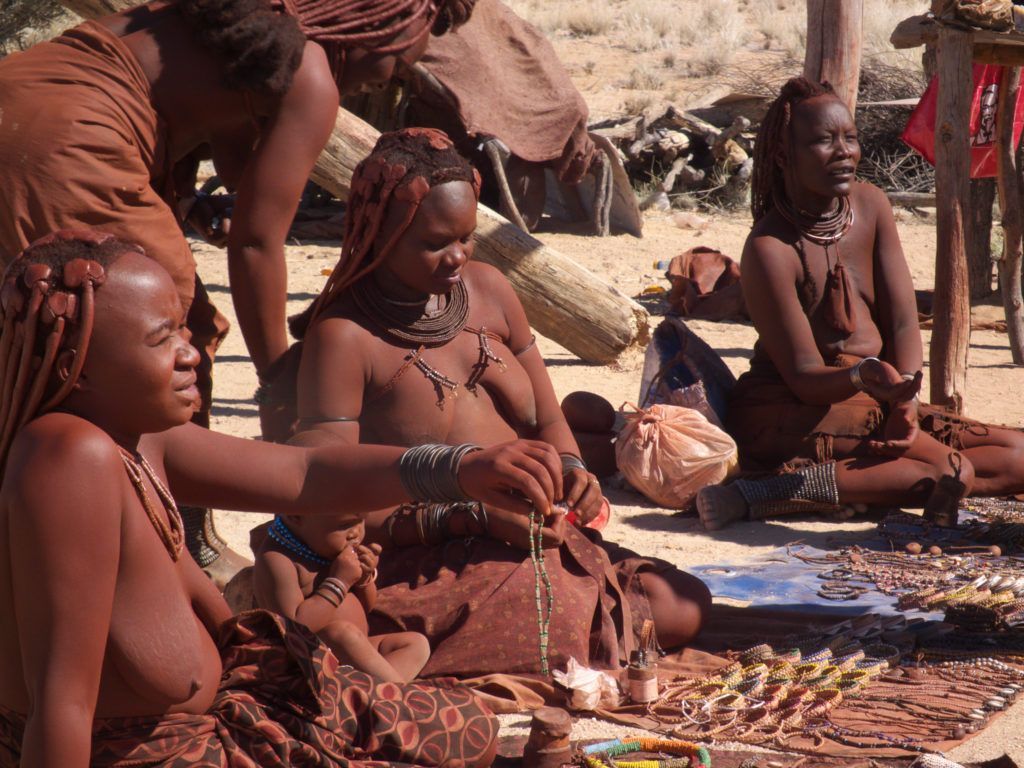 Since the 18th century the tribes have been subjected to European expansion. Germany was especially active in this plan, proclaiming a protectorate over the local lands in 1884. Many Namibian towns today resemble German settlements of the early last century. For example the small port of Luderitz built during the rapid development of the German diamond mines. The city is now a major center for fishing for sea creatures, primarily oysters and lobsters. 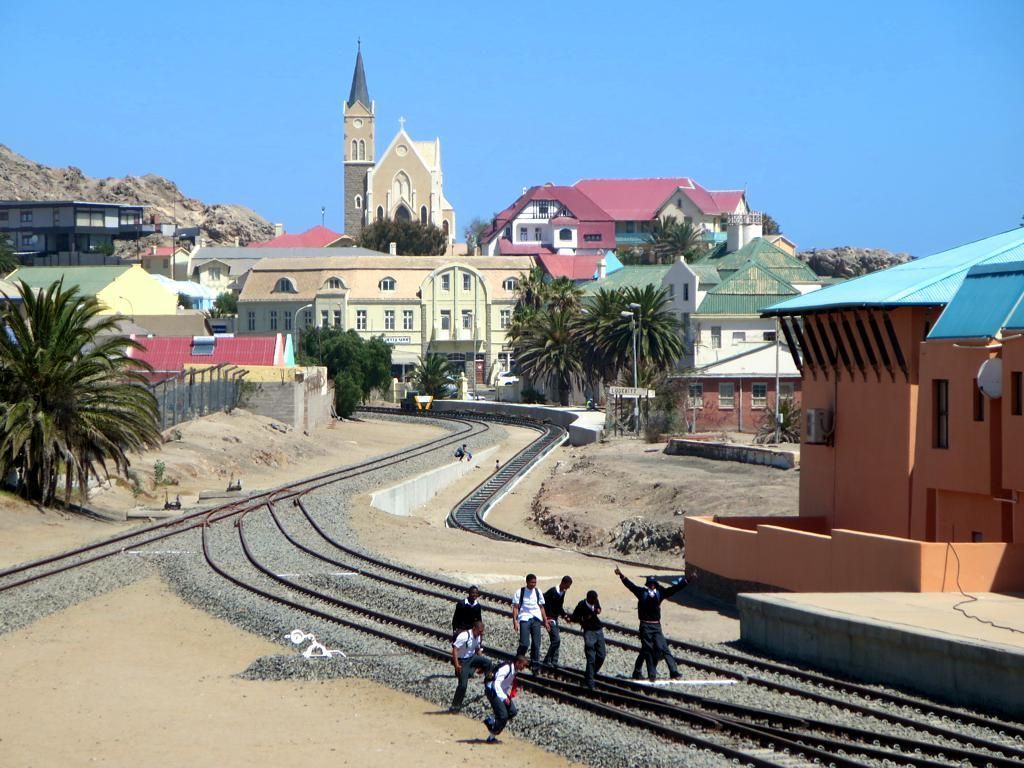 After the defeat of Germany in World War I, Namibia was ceded to the British-controlled South African Union. And from 1945 it was under the aegis of the United Nations, despite the discontent of South Africa, which sought to rule the country.

In 1990. Namibia became an independent republic. Military and political passions subsided. Now it is a quiet, stable country, actively developing tourism, so many travelers come here with pleasure.

Namibia on the map 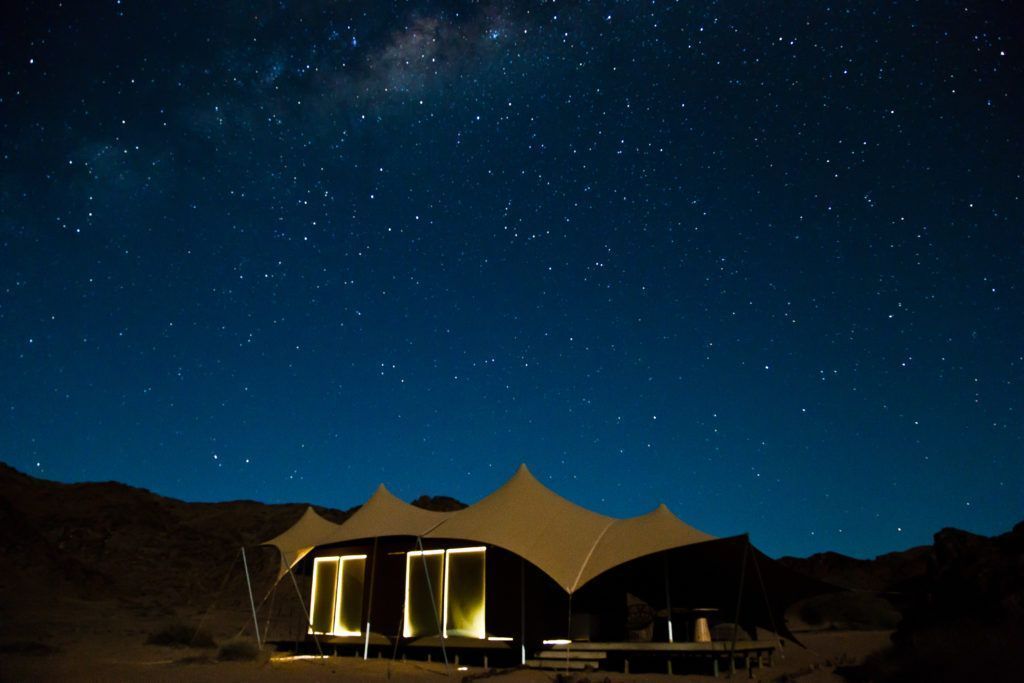 The infamous Skeleton Coast was one of the results of European exploration of the African continent. Namibia’s desolate ocean coast is almost always shrouded in fog, causing great problems with navigation. In ancient times, many European ships were wrecked here, and their wrecks can still be found today.

Nowadays the area is a nature reserve, and visitors are organized. But most of it can be seen only from the height of the sightseeing plane.

The desert stretches along the coast and is a kind of calling card of Namibia. Scientists believe that its age is estimated at 60-80 million years. The scenery is stunning – red sand dunes shifting with the wind, brown rocks hardened by time, drying river beds and life-giving oases where all the local wildlife is drawn to. 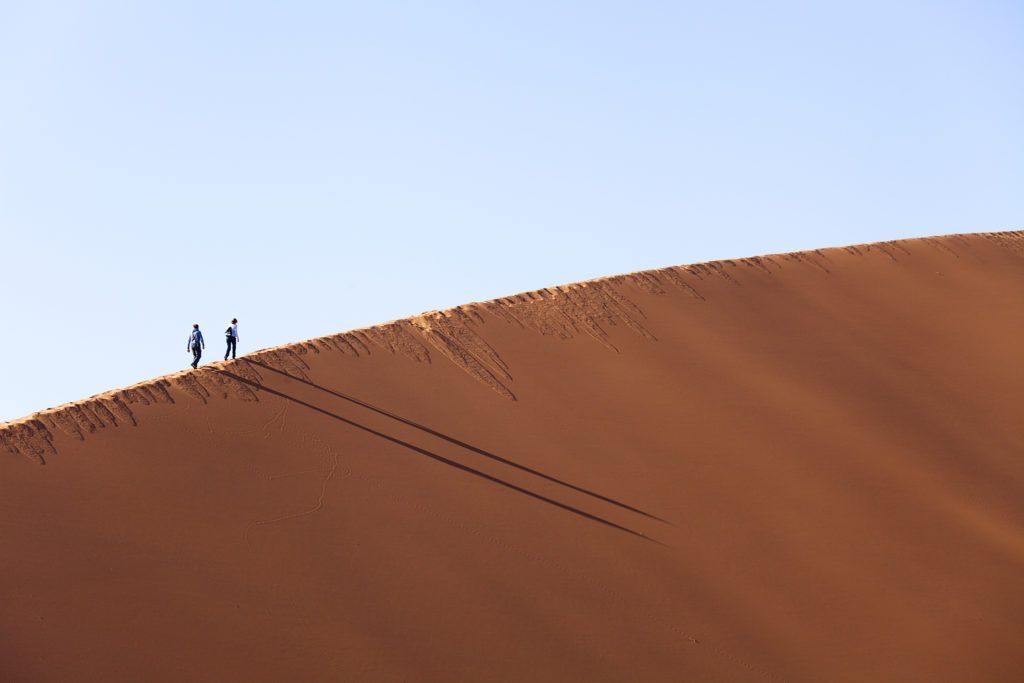 It is located around the salt lake of the same name. It is very large, with many reservoirs on its territory – Klein Namutoni, Chudob, Okaukuejo and others. Giraffes and rhinos, lions, elephants and antelopes come to drink there. 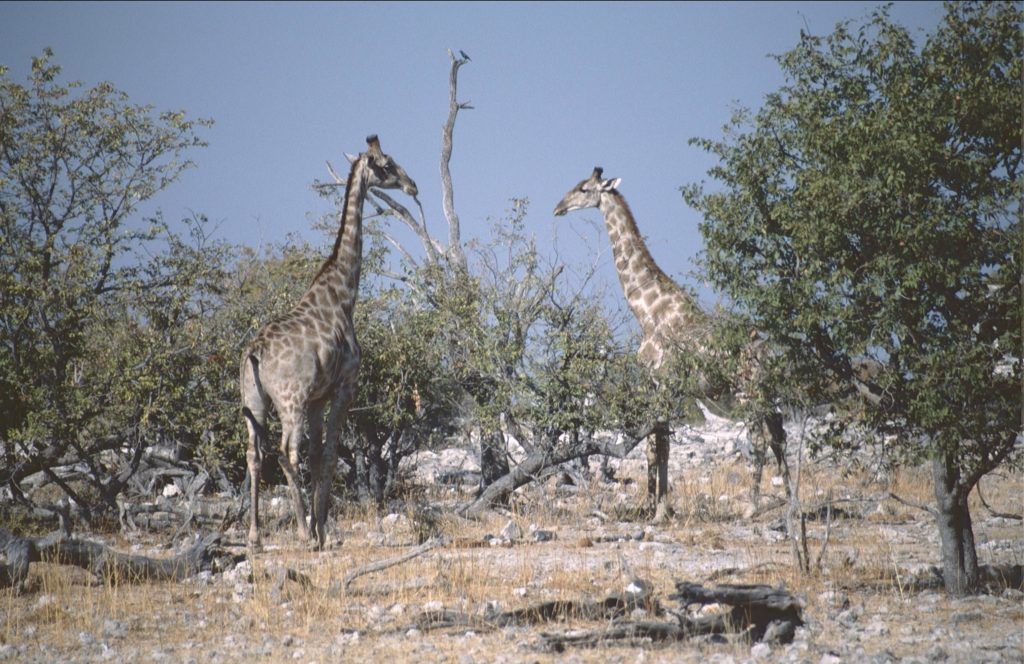 There are quite a few of them as well.

The capital Windhoek (“windy corner”) is not only the largest city in the country, but also the greenest, located between the two mountains – Eros and Aouas and receives the greatest amount of rainfall. 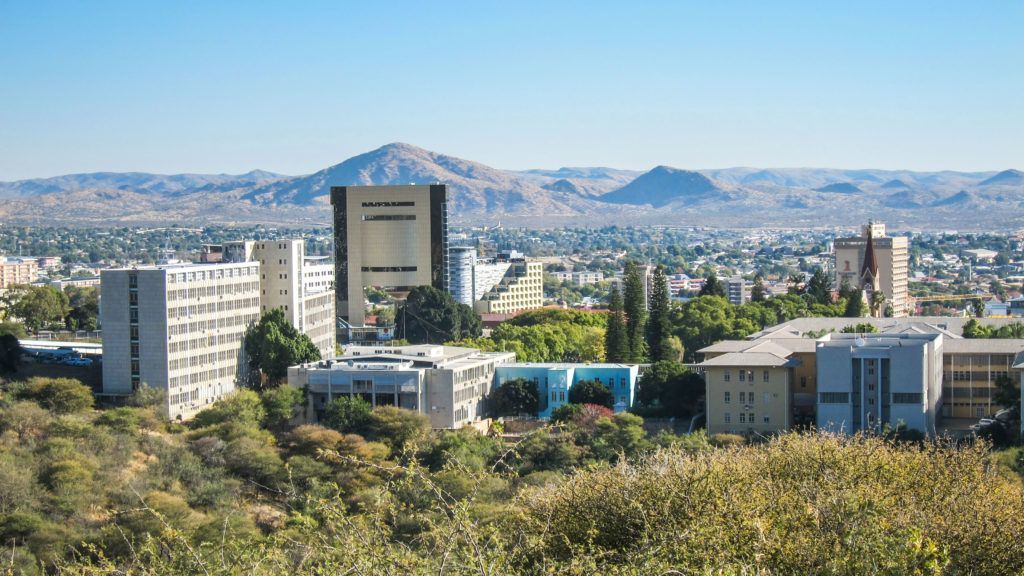 Interesting tour to the town of Hrutföinen, on the territory of which more than 80 thousand years ago a huge meteorite fell, called Hob. Thousands of travelers rush here to see this stone space wonder weighing five dozen tons. 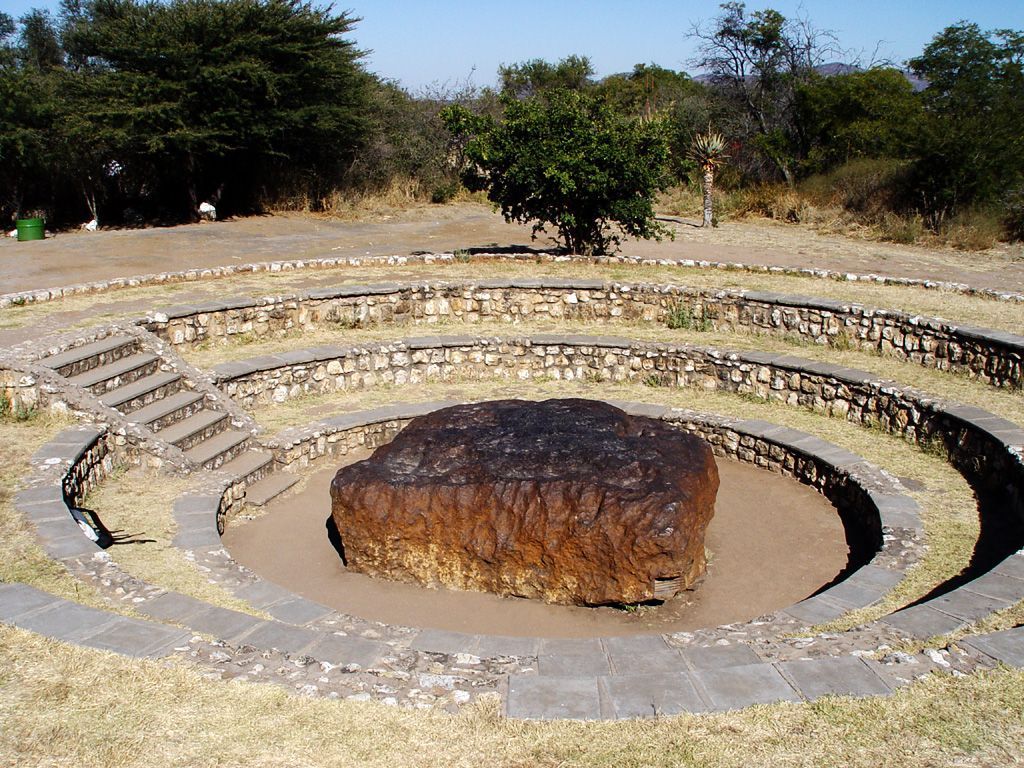 It is also worth visiting Ochiwarongo (meaning “beautiful”), a town in northern Namibia. Tourists usually visit it on their way to the country’s only crocodile farm with Nile alligators or to the Cheetah Conservation Center, a shepherd dog kennel – to the national parks. The locals always welcome guests, serving them national dishes and introducing them to traditional culture.

Ondangwa and Oshakati are not only major shopping centers but also a center of the Ovambo people’s culture.

Swakopmund is just what beach lovers need. Resort with a proper infrastructure – a variety of hotels and nightclubs, cafes and restaurants for every taste and budget. The city will appeal to lovers of the exotic, because the neighborhood buildings in the colonial style and the desert make it just so. The beach is suitable for recreation with children.

Beach holidays in Namibia are possible all year round. Yet more often tourists come here in November and April, when it is summer. Many of them in pursuit of extreme sports embark on multi-day trips to remote places where it is possible to hunt antelope and even elephants, to take part in shark fishing. 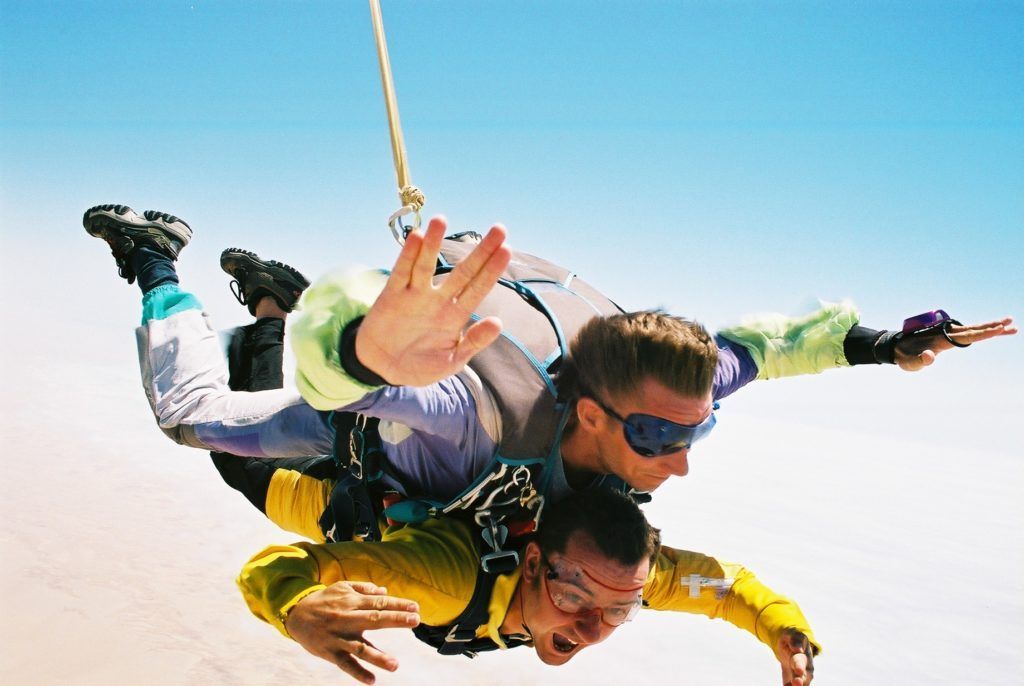 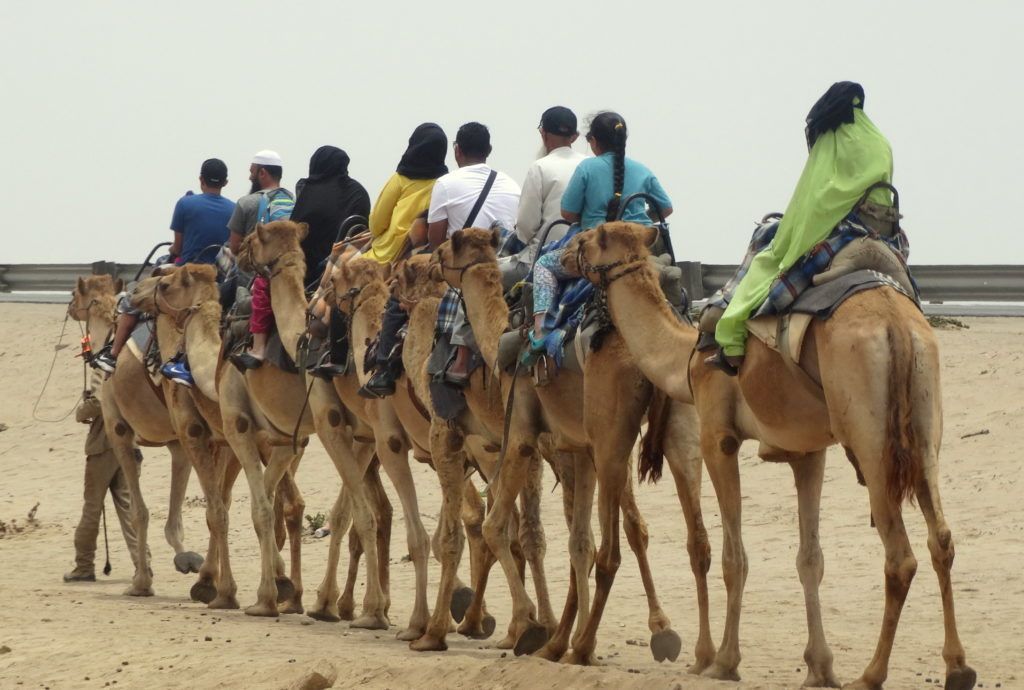 It, as well as almost everything in Namibia, is original. Given the fact that there has been a severe shortage of water and food for centuries. Variety in the local menu brought the colonizers.

The basis of the local cuisine is meat dishes, the range of which is truly great.

Lately along with the European dishes Namibian restaurants started offering their guests national dishes made of zebra, ostrich or antelope meat. Of course, young crocodile shish kebab and all kinds of seafood are also served here.

As for drinks, local beer of ginger, often home-made of high quality, is especially in demand. The wines of local vineyards – “Cabernet” and “Columbre”, as well as mataka – the original watermelon wine. There is also its own strong grappa – “Crystal-Kelleray”.

The liquor is sold exclusively in specialized markets, and to persons at least 18 years old. 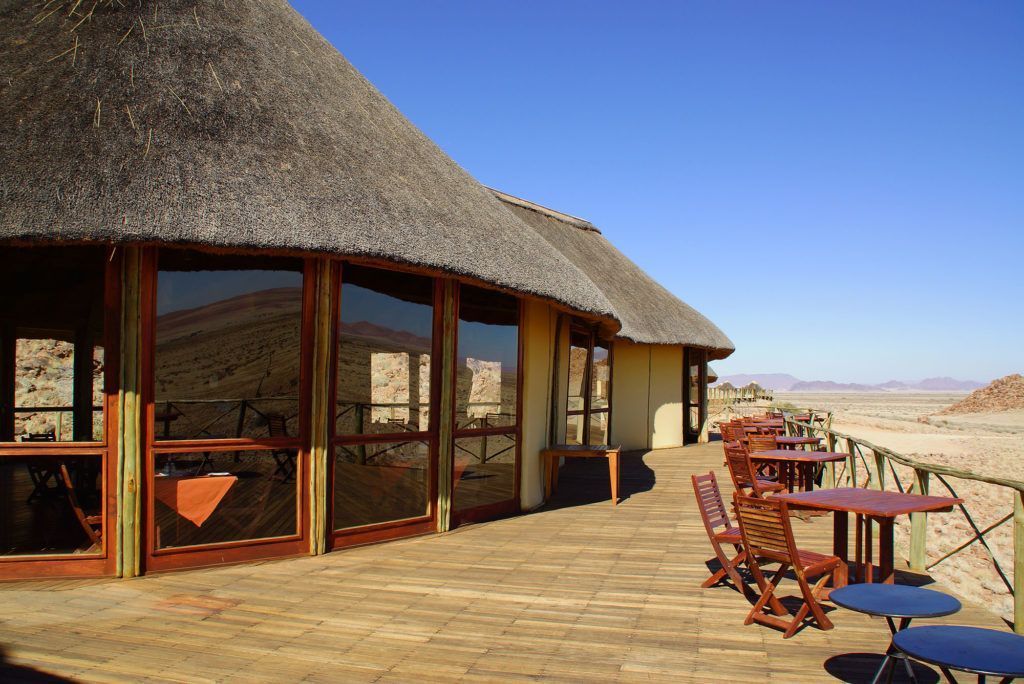 Prices of holidays in Namibia

It all depends on the requests. Individual tours are much more expensive than group tours. On average, a tour to this country from Moscow without a flight will cost $5-6 thousand.

For dinner in the middle of the desert for four people you will have to pay about $65. 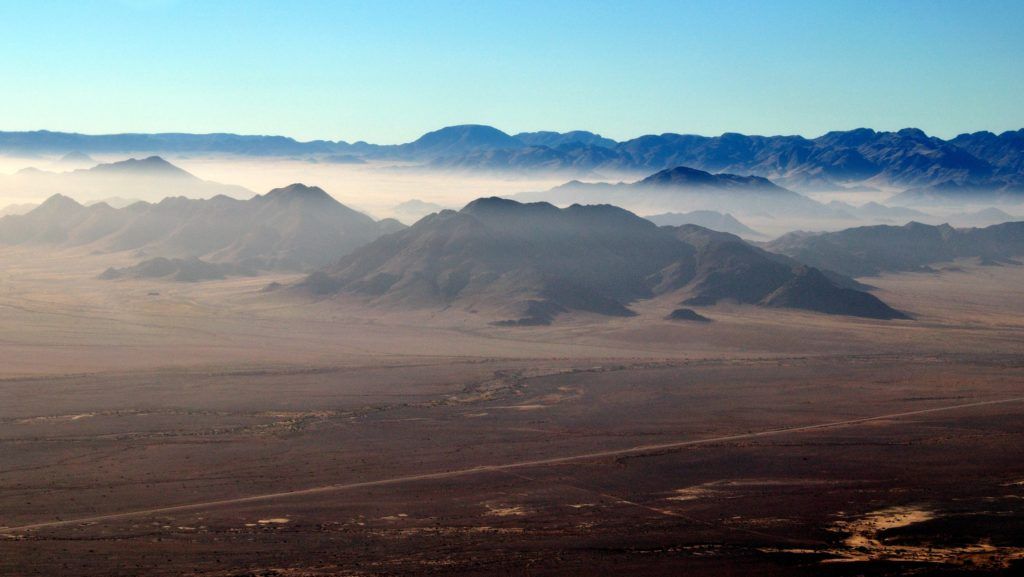 Unfortunately, there are no direct flights from Russia to Namibia. The preferred option is to fly via Germany. If you buy a ticket to Windhoek with transit through Frankfurt am Main from Moscow or St. Petersburg you won’t need a visa. The ticket price will be about 43 thousand rubles. You can also take a flight from Moscow to Johannesburg through South Africa for 17,6 thousand rubles.

Namibia is considered the safest of all African countries. And those who prefer an unusual holiday with a lot of vivid impressions, of course, should visit this wonderful country.