North Rhine-Westphalia, Germany: Why to go, what to do and see, where to eat, traveler tips 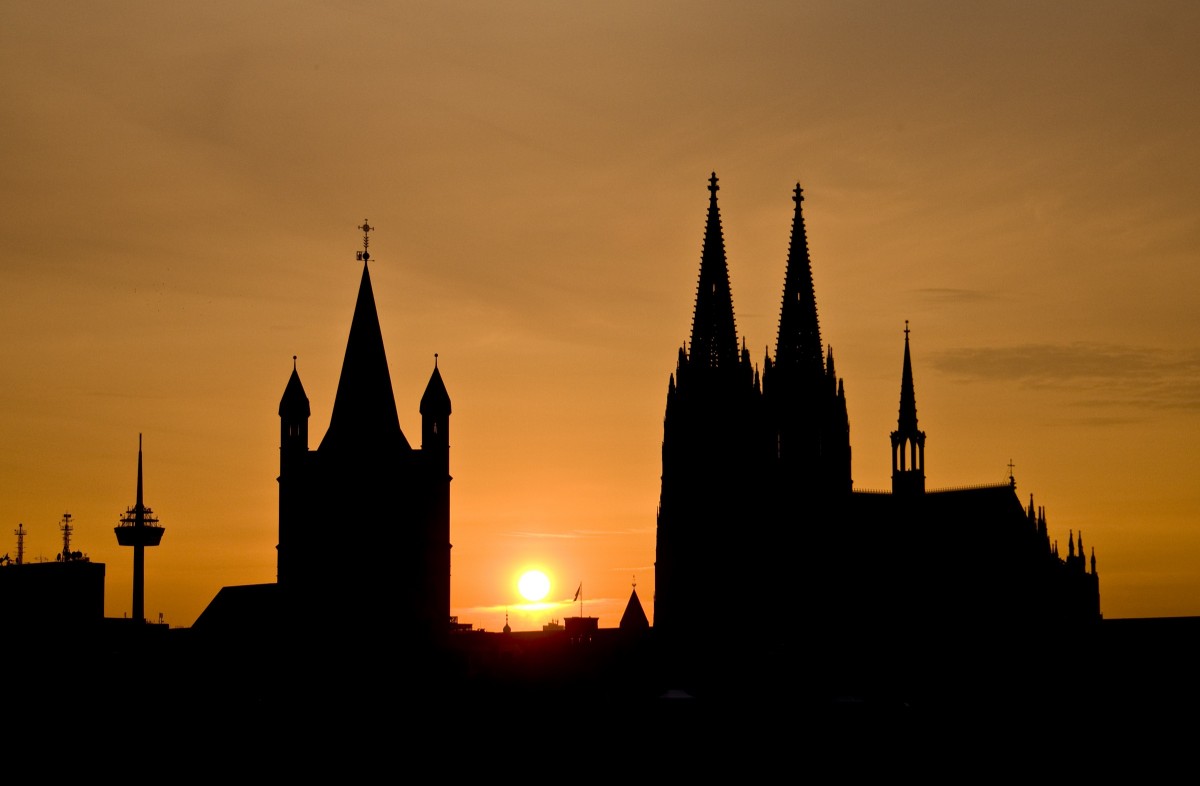 One of the most densely populated lands in Germany, consisting of two historically independent territories, the urbanized region of North Rhine and Westphalia, shows great diversity. The land was founded after World War II by the British occupation authorities in an attempt to link not only regions but also people, different ethnic groups.

The most often visited by tourists German cities are located precisely in this land. Here you will find numerous headquarters of large and medium-sized German corporations, European outposts of Asian and American multinational companies, world-famous manufacturers. The most important trade fairs are held in Dusseldorf and Cologne. 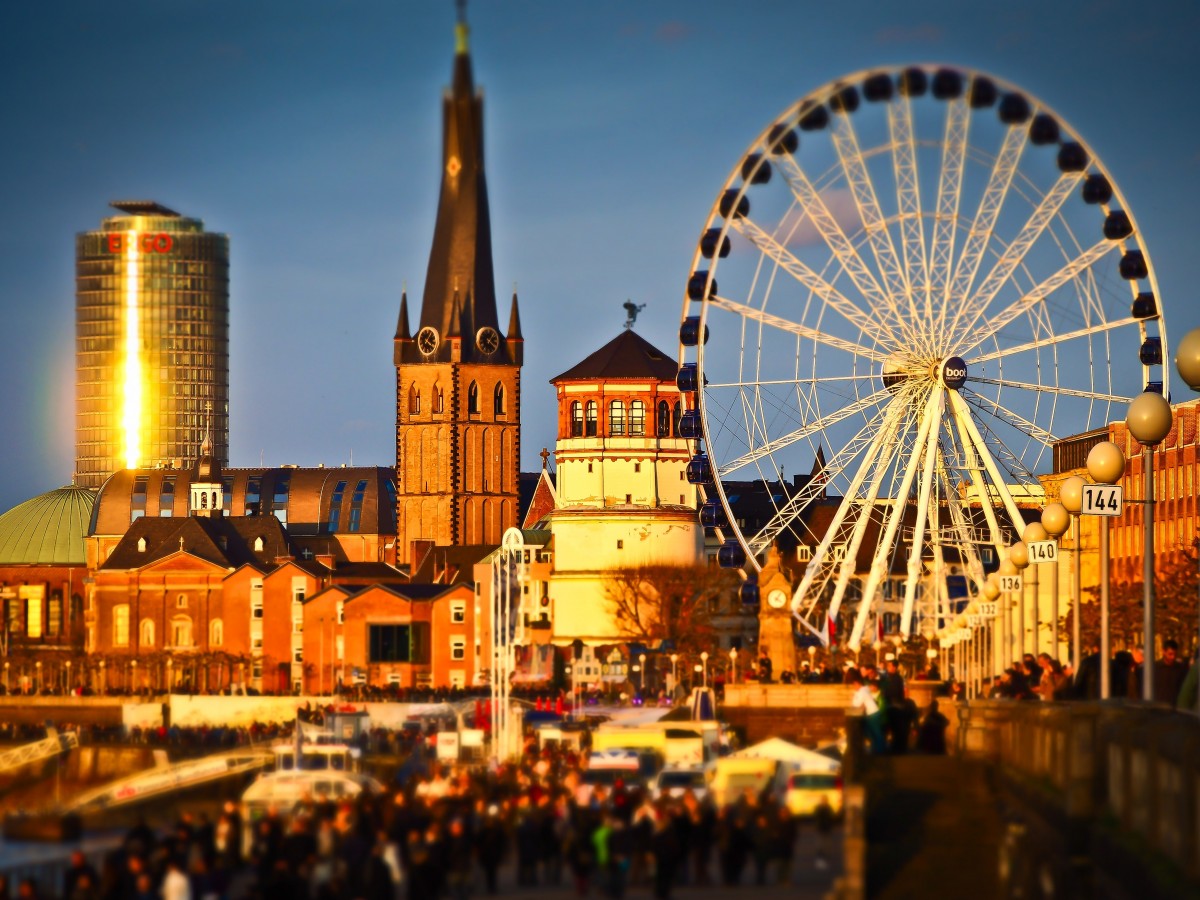 What to see in North Rhine-Westphalia: map of the state and important sights

Above all tourists are interested in larger cities with a rich history and a lively modern life, filled with events such as the famous Cologne Carnival. North Rhine-Westphalia has a large concentration of museums, cultural centers, concert halls and theaters.

4. Düsseldorf’s Altstadt (Altstadt) was completely destroyed during the World War II, but was rebuilt according to historical plans on the foundation walls, making it identical to the original Old Town. The Altstadt is the most popular place both day and night, and on weekends it becomes “the longest bar in the world” with numerous cafes and breweries.

5. The half-timbered houses in Münster.

What to do in North Rhine-Westphalia: cultural heritage

Where to eat and drink in North Rhine-Westphalia:

Watch a video about North Rhine-Westphalia at the link below:

Instead of hotels you can book an apartment (1.5-2 times cheaper on average) at AirBnB.com, a very convenient worldwide and well-known rental service with a bonus of 2100 rubles upon registration The Art Museum, located in the German city of Born, was built in 1992 and was designed by architect Axel Schulietz.

In the Bonn Art Museum, with a collection of 7,500 exhibits, you can see works by Rhine painters of the twentieth century and get acquainted with the works of expressionists of the second half of the last century.

A special place in the museum is occupied by the paintings of August Macke, an artist who painted the city of Bonn and its inhabitants extensively. In 786 AD, Charlemagne, the first emperor of the Holy Roman Empire, ordered the construction of Aachen Cathedral, which was to become the main imperial church. This magnificent architectural monument is considered one of the oldest churches of the Middle Ages, for more than 600 years German monarchs were crowned here.

The center and oldest part of the cathedral is the octagonal Palatine Chapel, built by the architect Otson of Metz in the Byzantine style. Charles I collected many Christian relics in the temple, which are preserved in the treasury of the chapel to this day. The relics are on display once every seven years. Charlemagne, who died in 814, is buried in the chapel, as evidenced by a memorial stone in the floor of the cathedral.

And what sights in North Rhine-Westphalia did you enjoy? There are icons next to the photo, by clicking on which you can rate a particular place. The Museum of Natural History in Münster is a great place for an informative family vacation. There are a lot of interactive exhibits that allow you to learn about archaeology, geology, ecology and paleontology in a playful way. The part of the exposition devoted to Eastern Siberia is very popular among tourists from Russia. The museum holds a variety of exhibitions, where visitors can get acquainted with the culture and life of different countries.

You can also see the first dinosaur specimens found on the European mainland and the oldest sword in Nuremberg. The museum’s staff conducts uninterrupted research; last year they completed about 15 projects, which were presented at the city’s symposium. Not far from the museum is a small store where you can buy unique handmade souvenirs. The museum doors are open for visitors from Monday to Friday from 09:00 to 16:00. On Saturday and Sunday there are exciting lectures for students and schoolchildren.

In photo mode you can view the sights in North Rhine-Westphalia by photo only. The University of Bonn is one of the largest universities in Germany. If you ask the locals how to get to it, you simply will not understand, because it is a whole complex of buildings, including faculties and research centers, forming a “city within a city”. The University of Bonn does not have its own campus; in total, its infrastructure consists of 370 buildings scattered around the city. The most impressive of these, of course, is the main building of the university, located in the center of Bonn. It was erected in 1697-1705 years by the famous architect Enrico Zucalli. It was originally the residence of the Elector of Cologne Joseph Clemens.

In October 1818, Friedrich Wilhelm III, the great King of Prussia, founded the University of Bonn, which quickly became popular. Today it includes religious studies, humanities, technical and economic faculties. In front of the main building of the University of Bonn is the Hofgarten, a huge park, a favorite place for students to meet, study and relax. From time to time, various political demonstrations are held there. If you are in a hurry to glimpse an image of the unimaginably distant past, the northwest German river Ems leads travelers to the slopes of the Teutoburg Forest. The river and the forest tell the story of the Germanic revolt against Rome of the tribes led by Arminius.

The River Ems is 371 kilometers long and its water flow is 80 cubic meters per second. On the low ridge of this forest is a remarkable block of local sandstone, the “Stone of Three Rivers.” It was named after the watershed of the three rivers: the Ems, the Weser, and the Rhine. Nearby is the monument to the heroic commander Arminius and the mysterious stone complex Eksterstein with its grottoes, boulders of unknown origin and an old oak forest.

The Ems is navigable, its waterway connects the Prine industrial region and the North Sea. On the Ems, near its mouth, is the seaport of Emden. The Beethoven Monument, located in the German city of Bonn opposite the Beethoven Halle concert hall, is simply called Beethoven’s Head.

The monument was created by abstractionist sculptor Klaus Kammerichs from Düsseldorf and presented to the city in 1986 during the Beethoven Festival.

The monument is made up of concrete cylinders of different lengths and diameters, which appear from different angles to symbolize the contradictory nature of the composer and the complexity of his life. The Historic Town Hall of Münster is one of the most important buildings in Münster. It was here that the Peace of Westphalia was concluded in 1648, ending the Thirty Years’ War and giving the Netherlands its independence. Over the centuries the town hall has been reconstructed many times due to the considerable damage caused by battles and wars. Today, there is a small museum of artwork, weapons and banners within the walls of the town hall.

The historic town hall is in the Gothic style and consists of four floors: basement, arcade floor, main floor and attic. The west façade is made of sandstone and is 31 metres high. The arcades of the facade take the form of four lancet arches resting on five pillars, while the crowning capitals are decorated with allegorical representations of air, earth, water and fire. The windows of the main facade are decorated with stained glass, and the pediment is divided into seven parts by eight slender lobes, the pinnacles of which are decorated with figures of angels, female figures, and figures of guards.

The cellars of the town hall, since 1545, were used to store wine, and only in 1924 they were rebuilt as a restaurant, and after restoration they acquired a technical purpose. The arcade floor houses the hall, the Peace Hall and the Civic Hall, while the main floor houses the Main Council Hall.

Are you curious to know how well you know the landmarks of North Rhine-Westphalia? Essen Cathedral is a Catholic cathedral located in the Stadtkern district at Burgplatz in Essen.

The walls of the modern church were built in the 14th century, but according to archaeological excavations carried out there, it was found that the cathedral was built on the site of an older Christian church.

The appearance of the modern temple involves a mixture of several architectural styles. The massive towers of the vestibule (western facade) are preserved from the old Romanesque church, which dates back to 1058. Because of a major fire in 1275, the cathedral was completely destroyed; the only surviving part was the masthead. A new Gothic-style hall church was soon built on that site. The head of the project was Master Martin. In the 18th century, after the Baroque style came into vogue, most of the elements changed style, keeping up with the times. In the 19th century, the Baroque style was replaced by the Neo-Gothic style.