What to see in Warsaw in 1 day. Sights

A short guide to the sights of the city for those who are passing through here or What to see in Warsaw in 1 day on their own. Where to sleep and dine.

How to get to Warsaw

The bus stop is within the city limits and regular transportation costs only 1€. The bus stops near the exit of the airport. Who doesn’t want to deal with transportation and is ready to pay 20 € you can order transfer on Russian-speaking KiwiTaxi. You can get a shuttle from here for 9 to 33PLN, a train for 19PLN or a Modlin-Warsaw transfer for 50-60€.

Where to stay in Warsaw

During my travels in the city I have tested more than 10 options for accommodation in the article Hotels and Hostels in Warsaw. So below will be a short list with the main pros.

When there are no rooms at Ibis Budget my choice becomes hostels. The Patchwork Hostel is the most comfortable and centrally located for 6-9€. Alternatively the Globetrotter Hostel starts at 7€. It is about 10 minutes walk from the center.

What to see in Warsaw

My route involves a walk around Warsaw but for those who want to see much more, it is worth looking into the Hop-on Hop-off tour bus. It takes about 60 minutes to get around all the sights.

If you have more than 1 day or you do not want to read tedious guidebooks, you should consider guided tours of Warsaw with Russian-speaking guides. 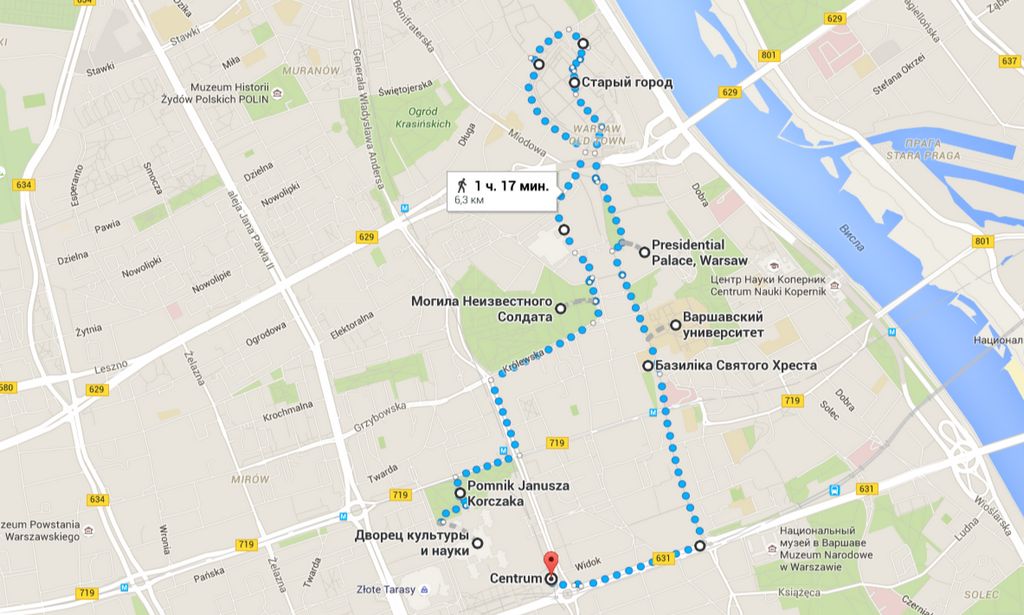 We drove to Warsaw from Bialystok for 0,5€. The trip took about 3 hours, the time passed quickly as the bus had WiFi and outlets for charging phones. The bus stops at the Palace of Culture, built during the Soviet era. Many people recognize a similar structure in Moscow. 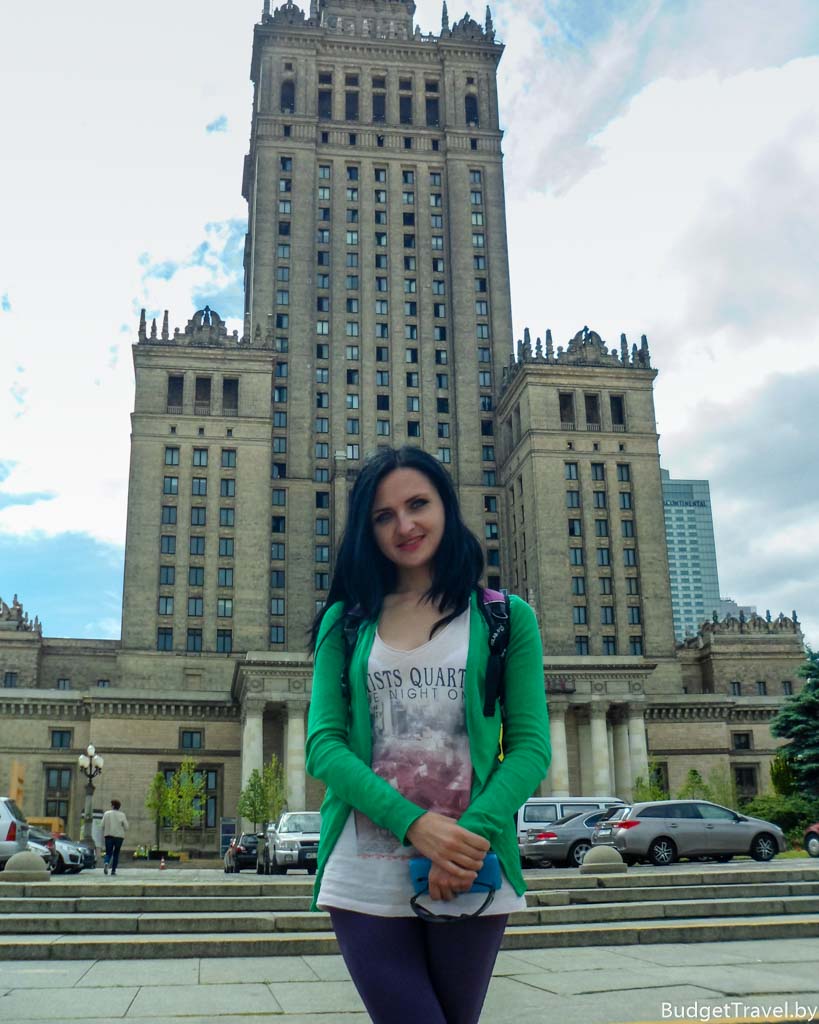 Just to take a picture near the palace will not be enough. I advise to walk around it. You will see a lot of interesting things, because the building is multifunctional. Below are pictures of the Puppet Theater and several fountains at the palace. If you want, you can climb the observation deck in the palace and look at Warsaw from above. 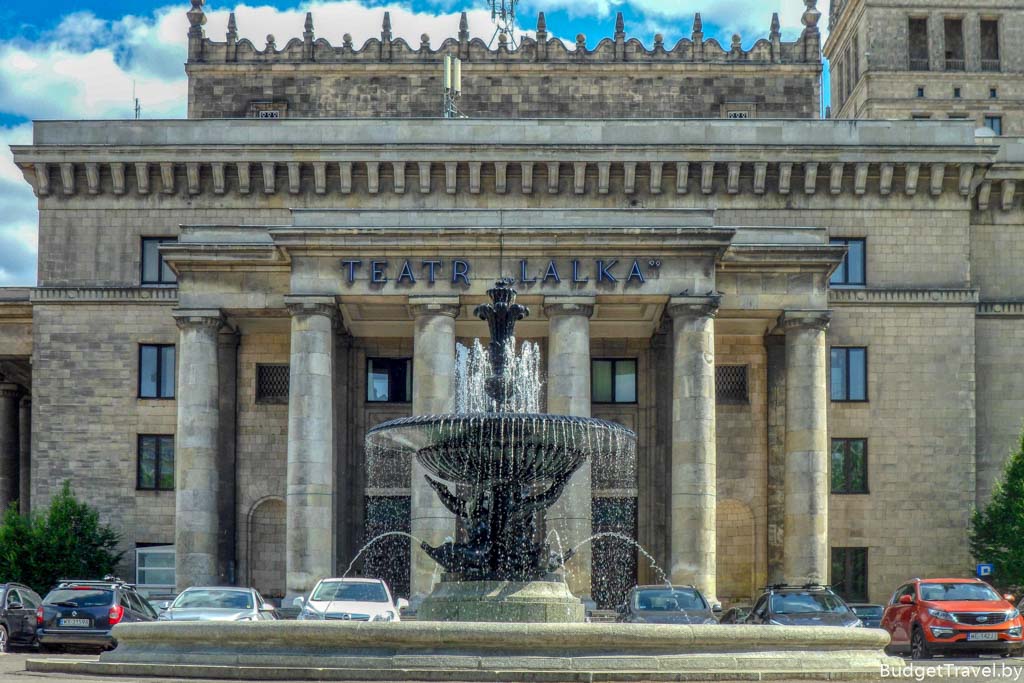 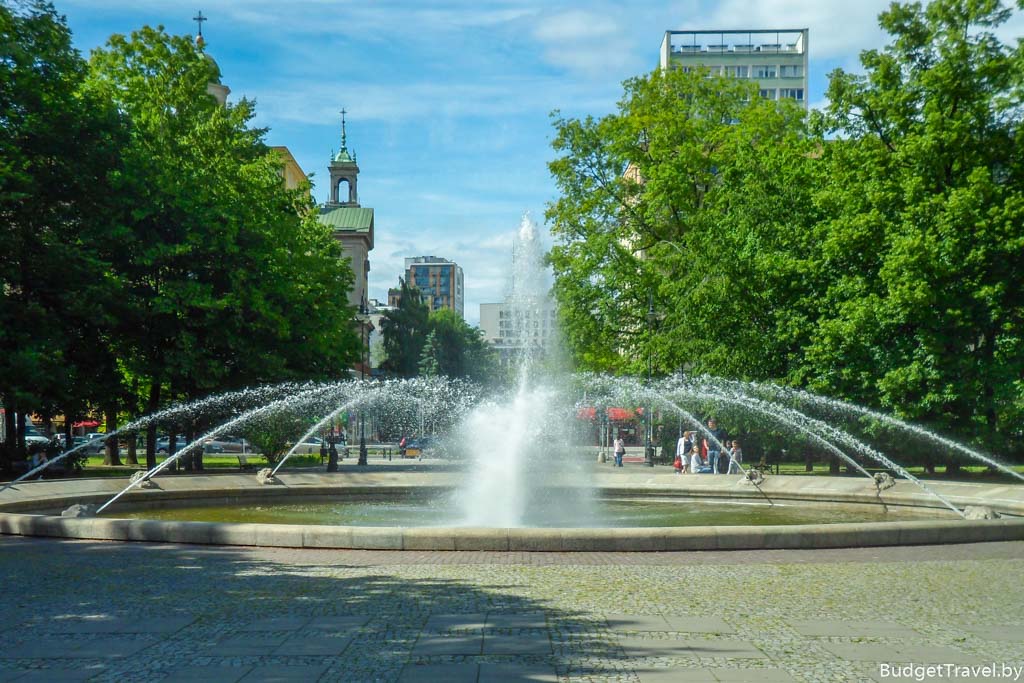 Then, if you look at the map, our road led to the Eternal Flame or the Tomb of the Unknown Soldier. On the way we took a few pictures of the streets and skyscrapers of the city. 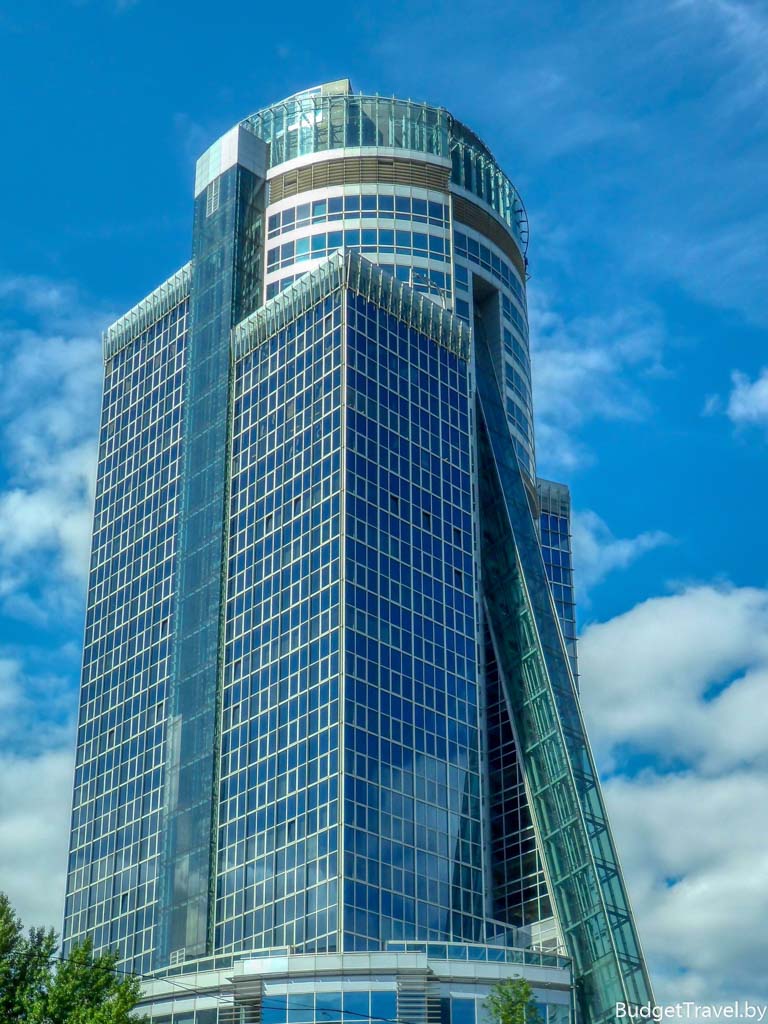 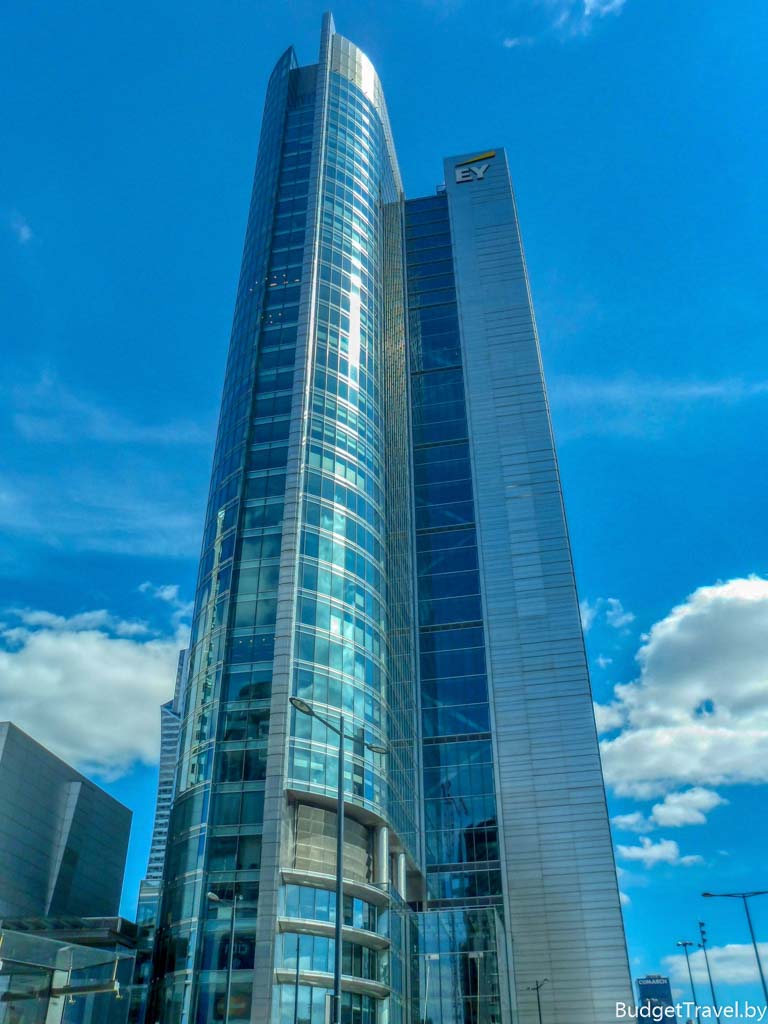 Another beautiful fountain with a small park will meet you on the approach to the Tomb of the Unknown Soldier. The park itself is called the Saxon Garden. 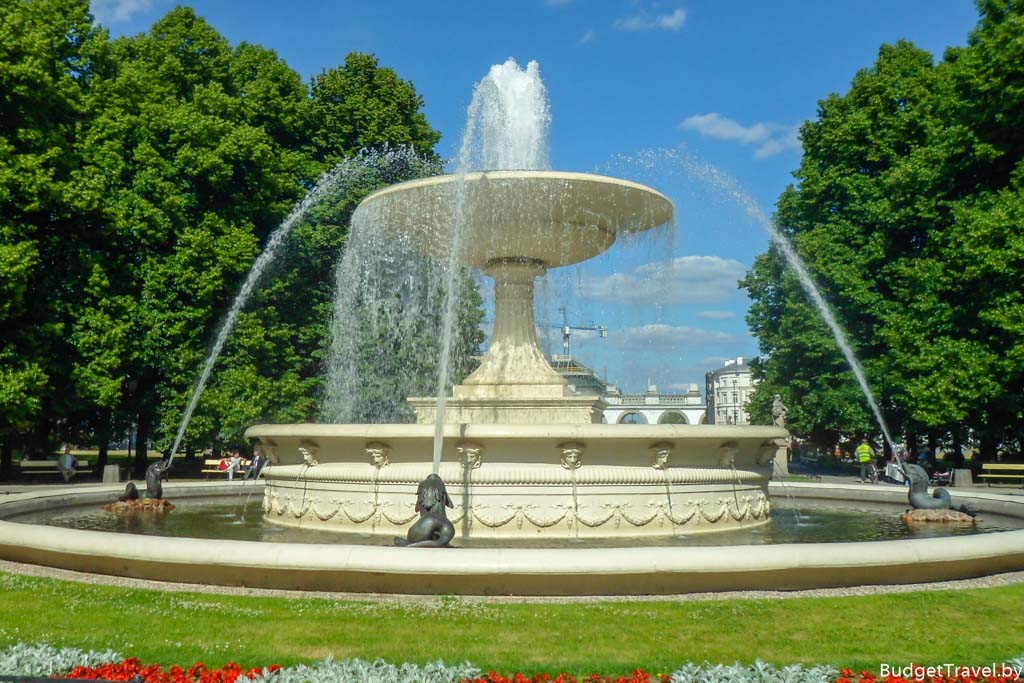 People of Soviet origin are not surprised by the Tomb of the Unknown Soldier, but this monument is special. It is dedicated to all the soldiers who ever fought for Poland, in all the wars that history knows. The black plaques list the wars in which Poles fought to defend their land.

If you walk around a bit, you can catch the changing of the guard. It looks very beautiful, not worse than the change of the guard in Prague, which attracts crowds of tourists, and here there is practically nobody. 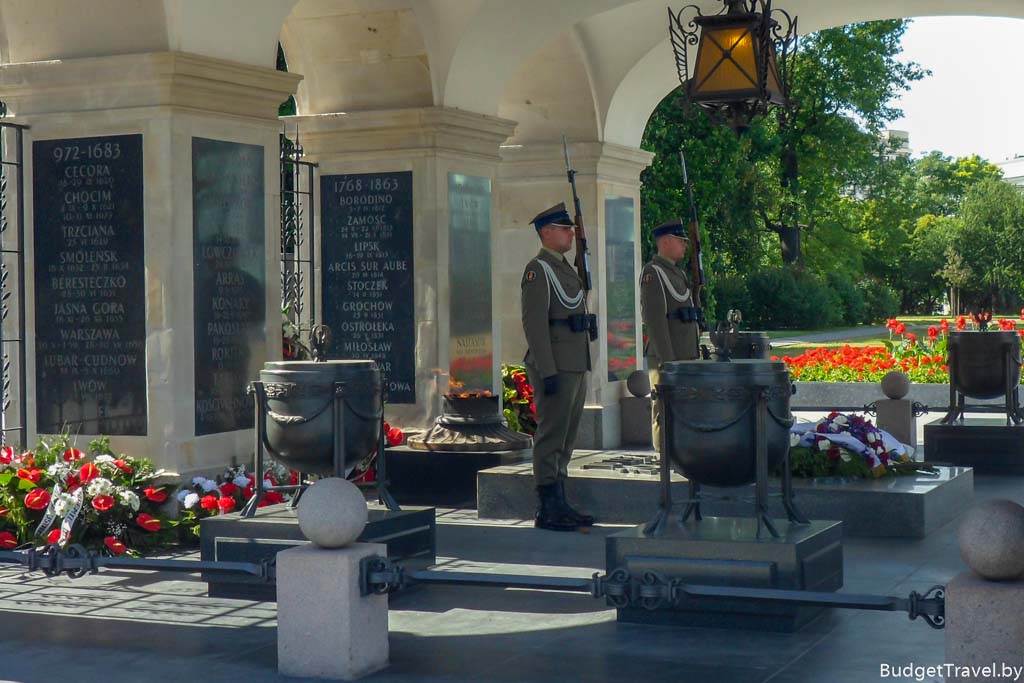 From the spooky monument we went to the Old Town. This is the first place to go for all the tourists who come to the city. Below are a couple of pictures from the Old Town (the Barbican, the Little Mermaid and the Royal Palace). 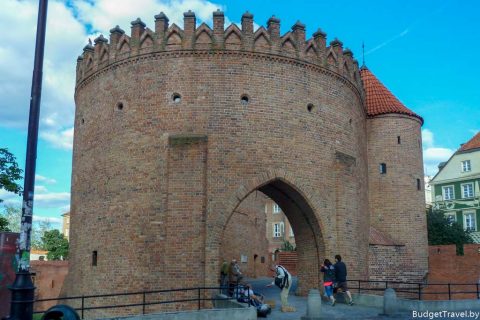 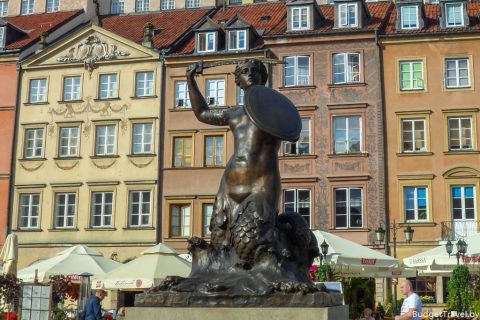 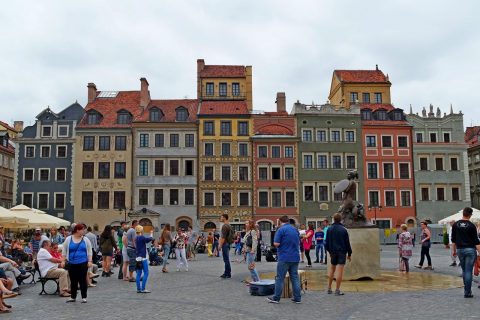 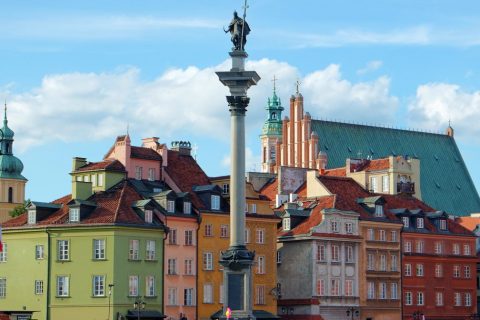 After we finished our tour of the Old Town we went down to the center of Warsaw by Krakowskie Przedmieście. It is a historic pedestrian street. 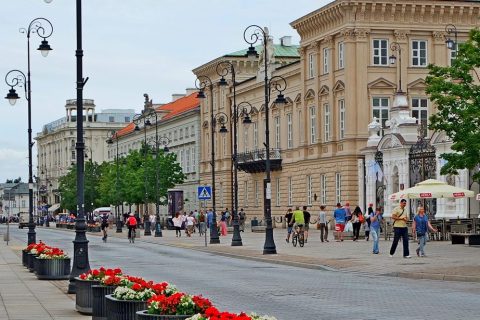 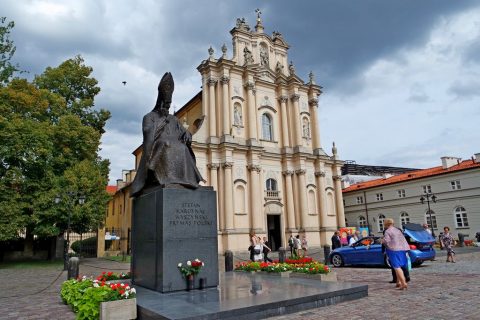 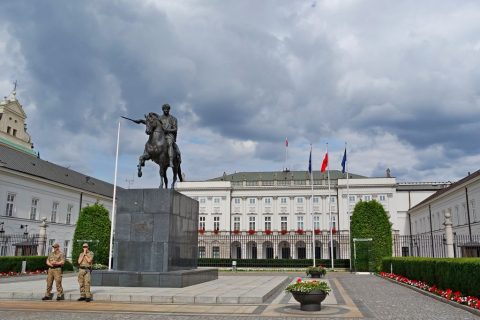 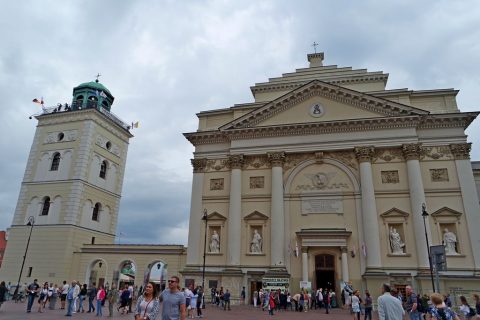 On the way we met this original car. 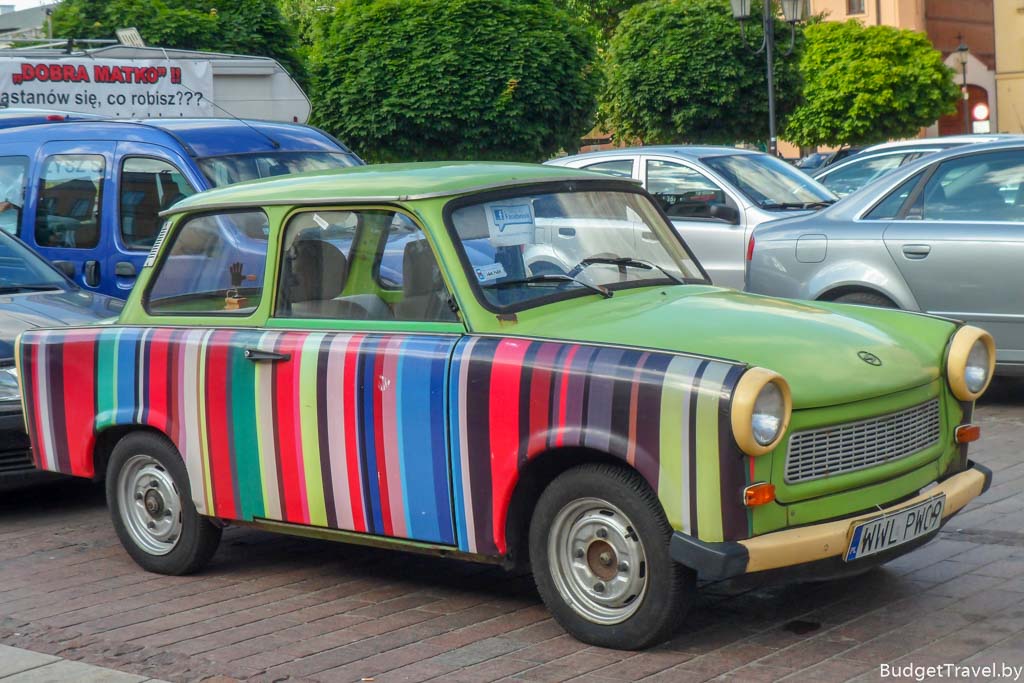 In the same street there is the University. You can go inside and walk around the cozy courtyards of the university. 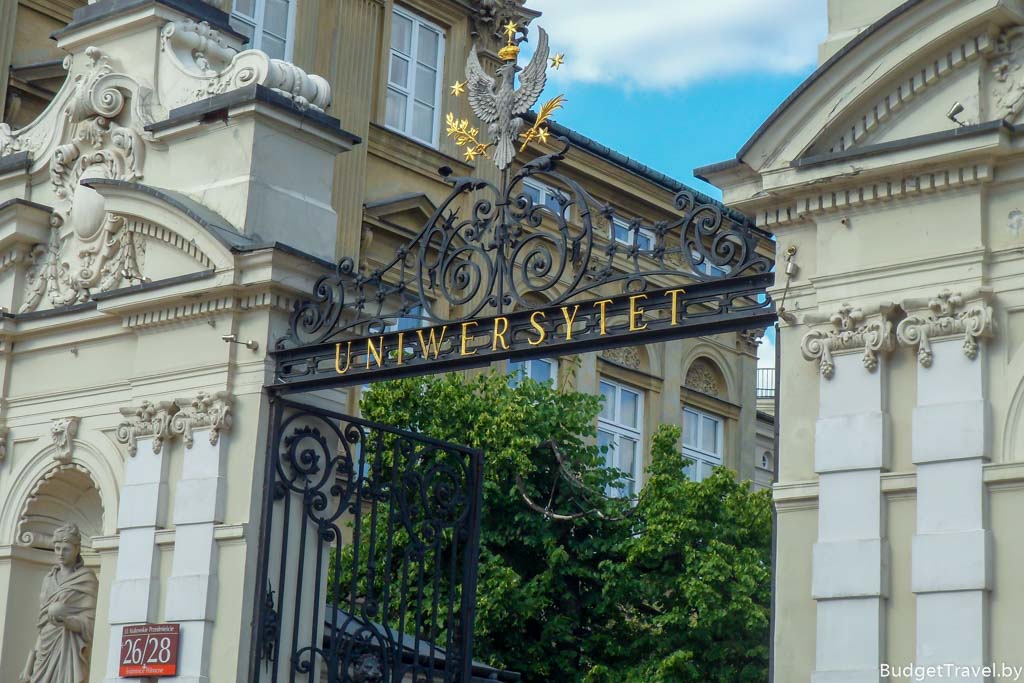 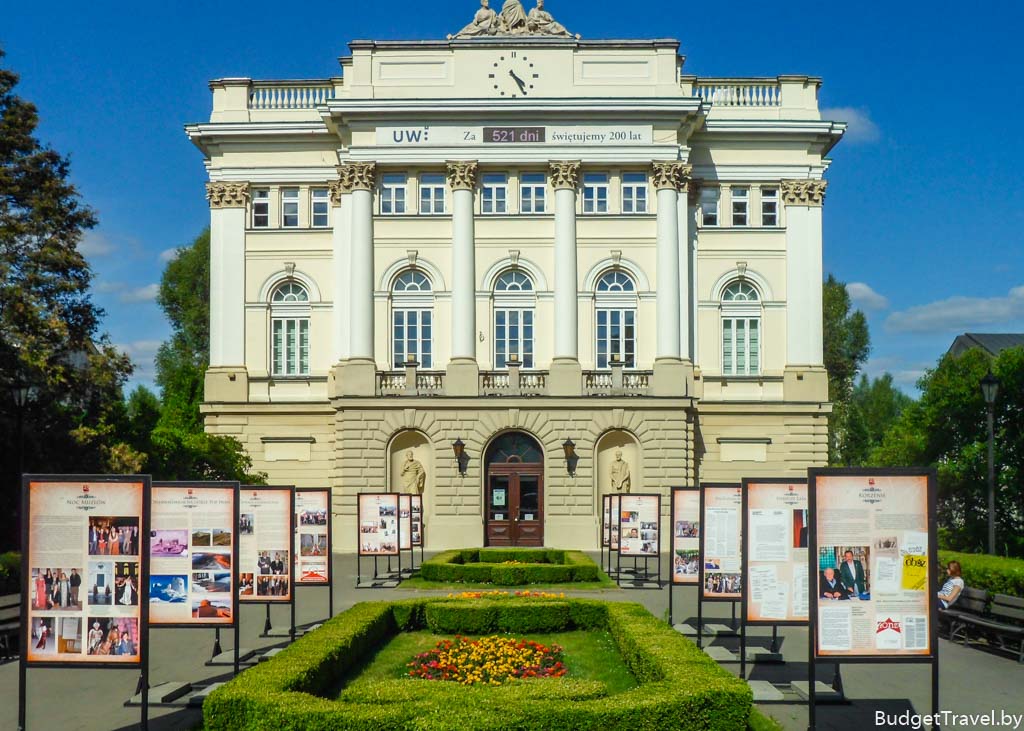 In Poland, many buildings are associated with the name of the great composer Frederic Chopin, because Poland is his homeland. The famous musician died in France, but his heart is forever in Warsaw and is immured in one of the columns of the Holy Cross Church. 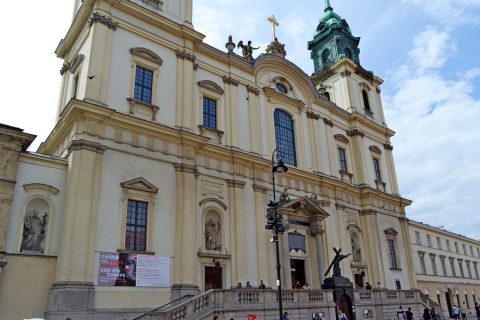 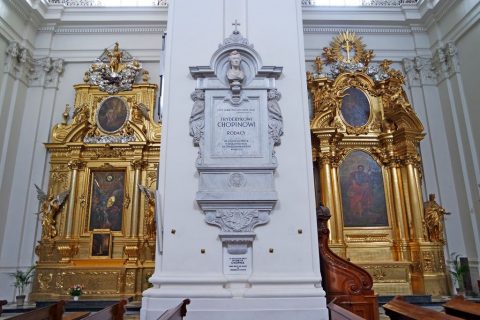 You have seen all the sights of Warsaw, but that is not all there is to see. If that is not enough, you can visit the Royal Lazienki Park, the Chopin Museum or climb to the observation deck of St. Anne’s Church.

Where to eat on a budget in Warsaw

Note for those who want to save money: there are still public dining rooms in Poland. Usually these canteens are called “Bar Mleczny”. You can find them in almost all more or less large cities in Poland.

On this visit to Warsaw, Bar Zlota Kurka of the Bar Mleczny canteen chain was tried out. The bar is located 5 minutes walk from the Palace of Culture at Marszałkowska 55/73 . 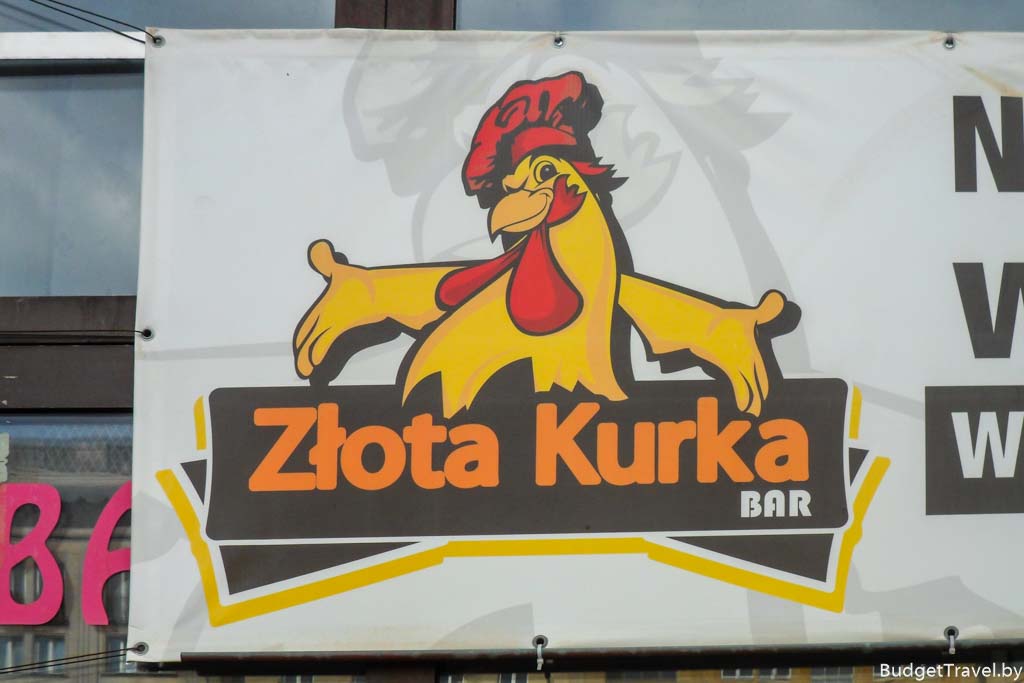 Back in the center again after lunch we took some time for shopping in Zlata Taras. It is located near the Palace of Culture and Science. There are a few more shopping centers around the Palace, but this one attracted attention with its unusual roof. 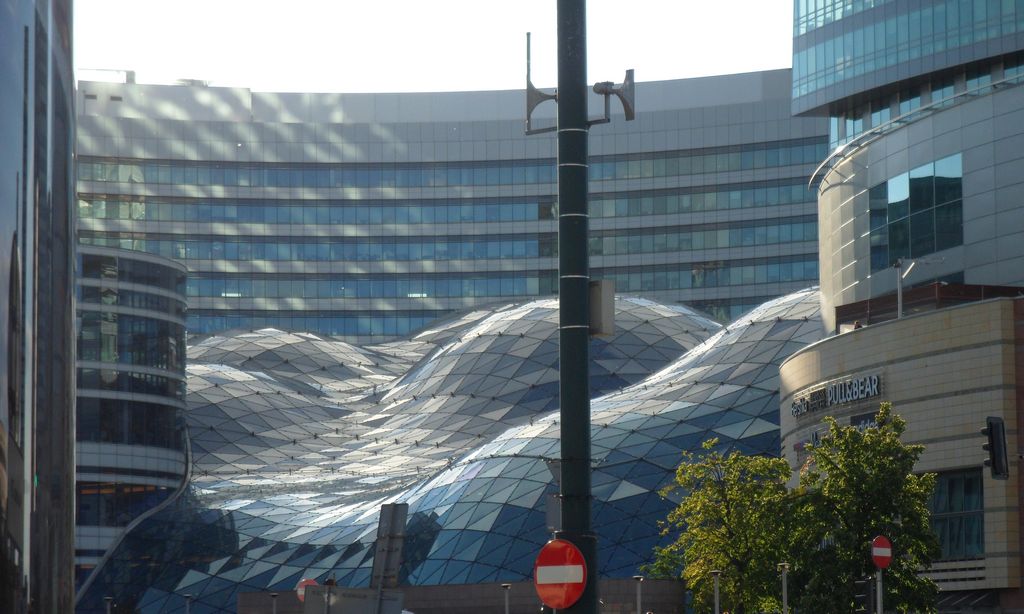 The cost of a budget trip to Warsaw

Almost all tickets and hotel reservations were bought in advance on special offer, so the prices are so small. Do not be surprised, but if you want it is realistic.

Total trip to Warsaw for 1 day with overnight accommodation and transfers for one person is 40,25 €.

I am waiting for your feedback, Ms.Natalina.

HotelLook – Apartments and hotels for rent. Don’t forget to use coupons.