What to see in Val di Noto in Sicily, Italy

Your journey through Catania will allow you to discover the treasures of Val di Noto, a region in the southeast of Sicily, a UNESCO World Heritage Site. It offers much more: hiking and archaeological routes between the temples of Greco, ancient theaters and museums, relaxing beaches, villages where time seems to have stopped. And do not forget the very delicious culinary tradition.

The eight UNESCO heritage gems are Caltagirone, Catania, Militello Val di Catania, Noto, Modica, Ragusa, Palazzolo Acreide and Scigli. Get ready to travel through small villages, major centers and baroque capitals. Sicily will take you on a journey back in time, sometimes going back to the 1950s. The squares and some views will give the impression that you are on a movie set overlooking the sea, stores and bars, where time seems to have stopped. The Baroque will surprise you among the art, museums and monuments, but the true essence can be found in the typical markets and in the daily life of tradition. 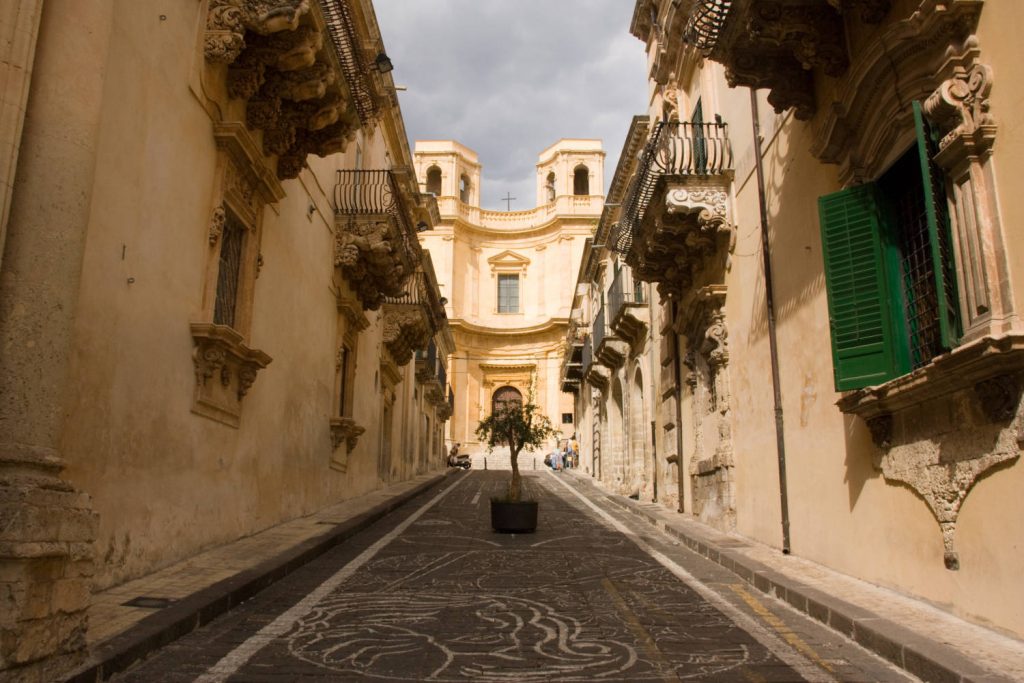 The eight towns of Val di Noto, between the districts of Catania, Syracuse and Ragusa, since June 26, 2002 are part of the UNESCO World Heritage Sites for reasons related to the beauty of Baroque monuments. You will admire the elegance of the worked stone, the art of the sun that kisses these places, combined with the spectacular views that open up charming beaches. The cities of art offer many naturalistic routes, offer unique archaeological areas, clubs and restaurants where you can taste the typical products of Sicily.

Scicli is a town in the province of Ragusa . This wonderful city, tucked away in the hills, boasts ancient origins, but its heyday was during the late Baroque period. Via Francesco Mormina Penna is the main street: it is an impressive avenue, built according to seventeenth-century urban principles, where there are several splendid churches and sumptuous palaces . Some of the monuments that cannot be missed in the so-called “city of a hundred bell towers” are the Church of the Madonna delle Milizi, the Church of San Bartolomeo, Palazzo Beneventano and the Carmelite monastery complex.

READ
10 things to do in Malia, Greece 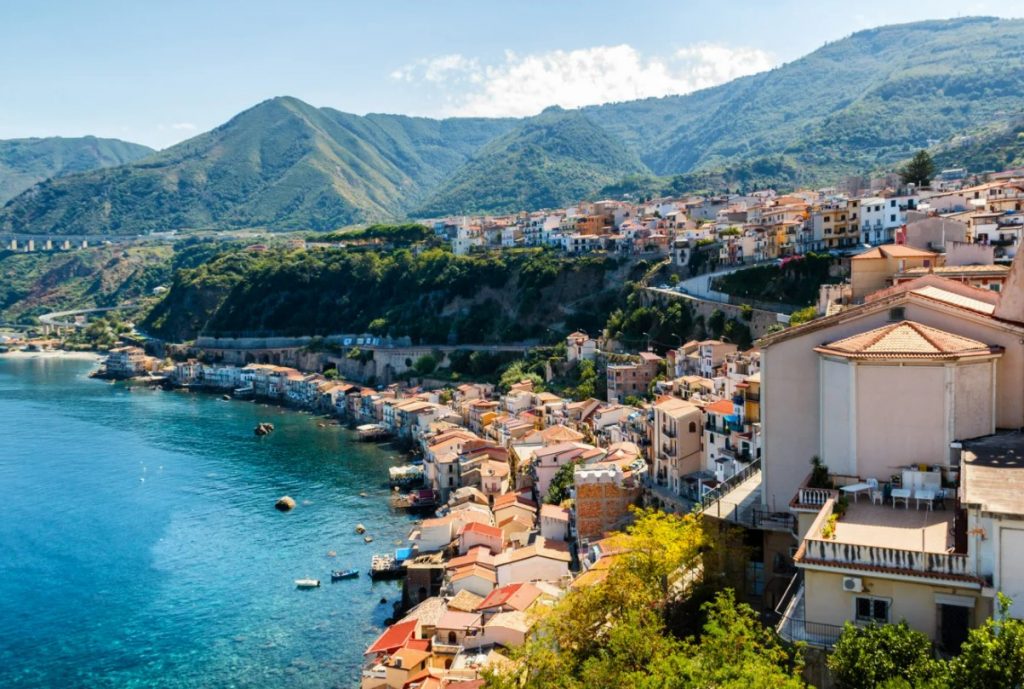 Noto is also known as the “capital of the Baroque”. It’s not hard to see why, after a tour of the historic center. The city sits on top of a hill surrounded by the Sicilian countryside and its historical monuments rise above the valley. In the center are seventeenth-century buildings united by a single artistic style. All historical and religious buildings have beautiful golden hues especially during the day when the sun shines on their facades. The main monuments are the Cathedral of San Nicolo, known for its beautiful facade and the noble residence of Palazzo Ducezio. 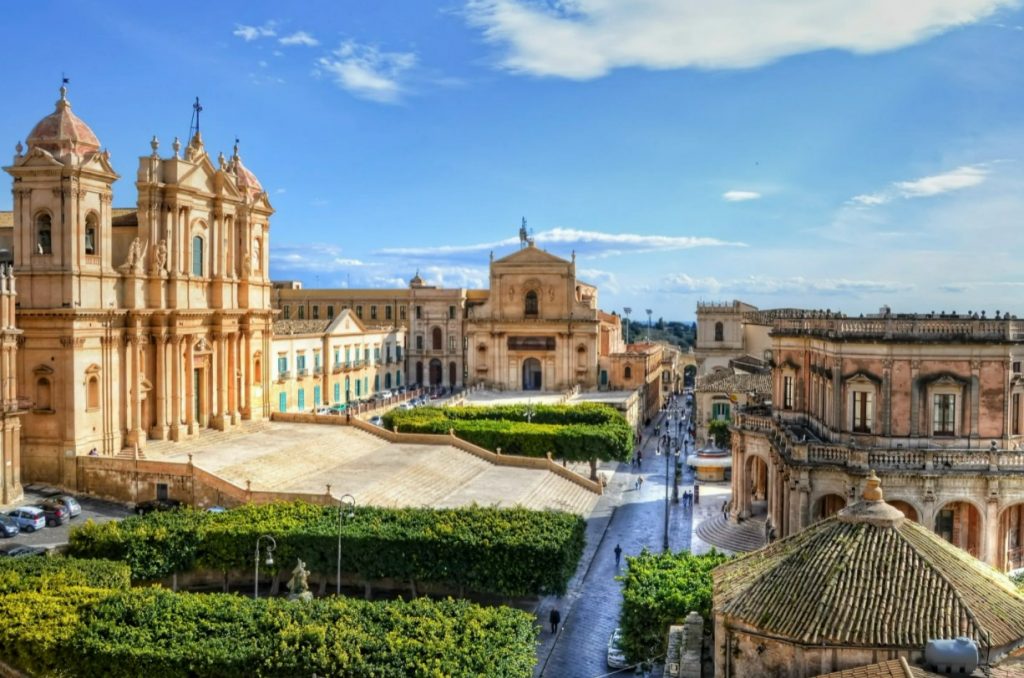 What makes Modica one of the most picturesque cities in Sicily? The palaces, alleys, churches and monuments that adorn the center. The city, divided between Modica Alta and Modica Bassa, is famous for the production of chocolate and the elegance of the buildings in its historic center . This example of Baroque art offers several splendid seventeenth-century churches, such as Chiesa del Carmine, the Church of San Giorgio, the Church of Santa Maria di Betlemme and the Cathedral of San Giovanni. 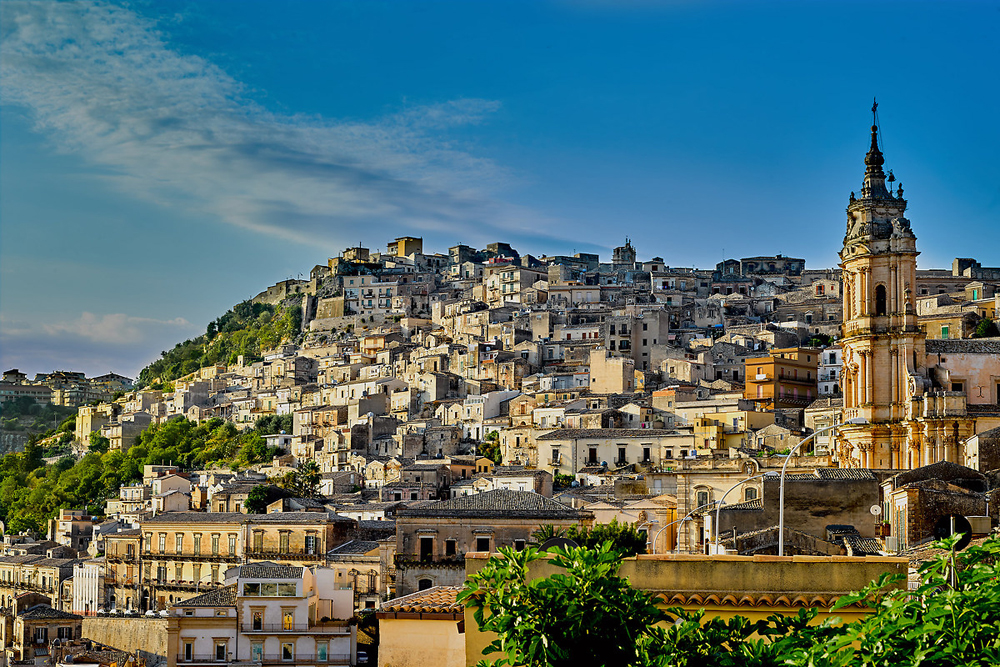 Now let’s stop in Ragusa. An earthquake in 1693 transformed the center, causing the division into the districts of Ragusa Superiore and Ragusa Ibla. The Baroque features are visible in some religious buildings like the Church of San Giovanni Battista, the Church of Santa Maria dei Miracoli and the Church of San Giorgio as well as in the noble palaces like Palazzo Bertini and Palazzo Cosentini. You will be amazed by the combination of the charm of the historic center and the scenic beauty surrounded by an unspoiled nature reserve. 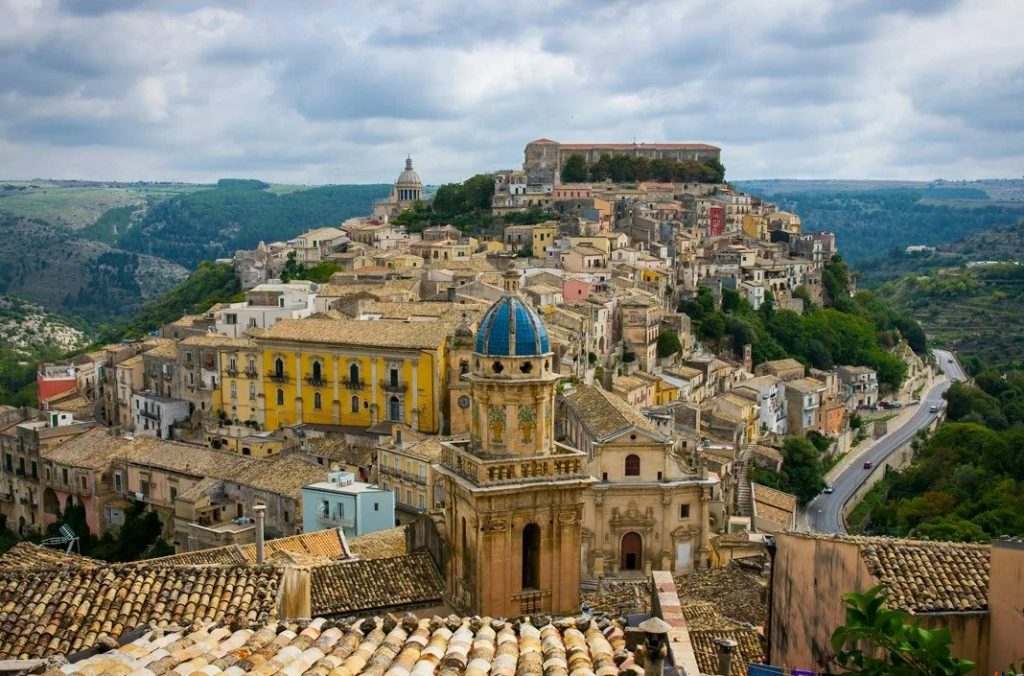 One of the strengths of this small village is the historic center, which will charm you with its colors, narrow streets and rooms overlooking the square . Martsamemi was an important Arab tuna fishing center, and today it is one of the most popular places for tourists. The salt cauldrons, the first “Arab kazoos” and the tonnara date back to the Arab period. Its present appearance owes to Prince Villadorata, who in the eighteenth century built a palace, a loggia, a church and a new tonnara. In summer, Martsamemi hosts an interesting film festival that has grown on the international scene. 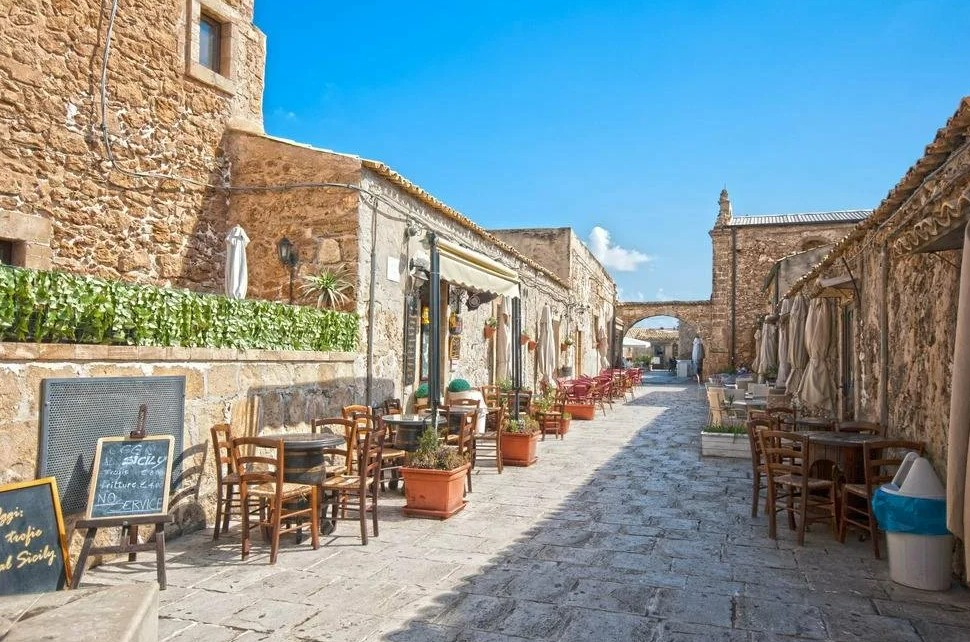 During your excursions you can see the unparalleled Catania, to be appreciated through a sensory journey . It starts from Piazza Stesicoro and goes straight to the music. You will admire a monument in honor of the composer Vincenzo Bellini. The tour of the monuments includes a visit to the Roman amphitheater and the Cathedral of Sant’Agata, built on the Achillian Baths. A perfect place for selfies is Porta Uzeda, a Baroque gem.

You will also have to get in touch with tradition, such as tasting the classic granita with brioche. For an unforgettable experience of lunar landscapes, you can go to the Silvestri Mountains, two extinct craters of the volcano Etna. What about a tour of the Riviera dei Ciclopi? 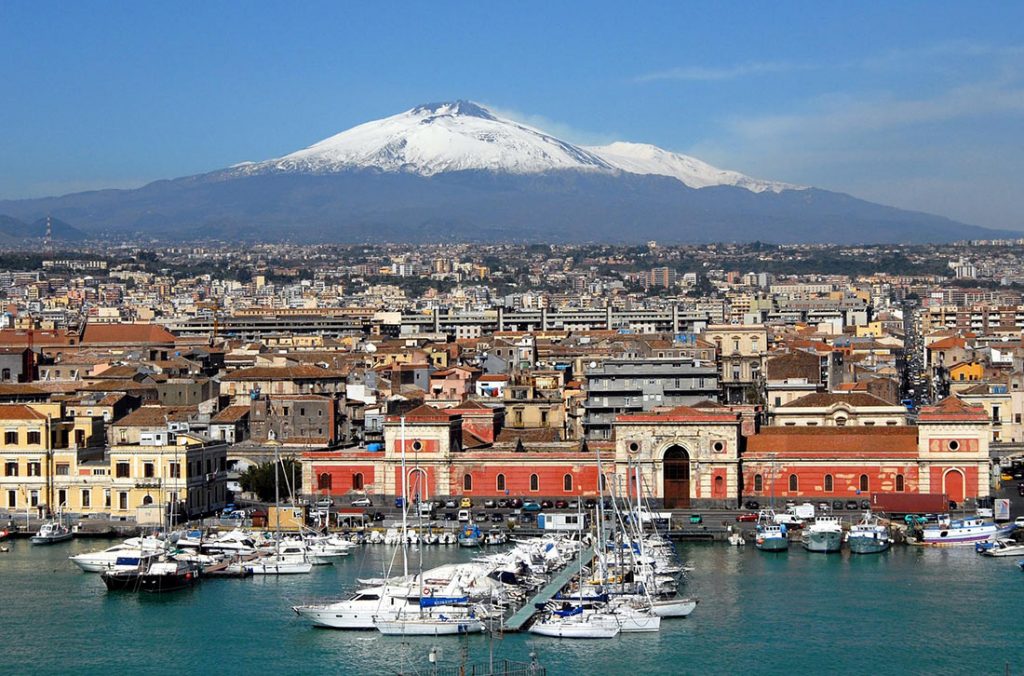 It’s time to take a tour of the best beaches in the area. The sea in the southeast, between Syracuse and Ragusa, has its main feature a sandy bottom mixed with rocks . The shallow waters are ideal for families with children. Then there are several natural areas such as the protected marine area of Plemmirio, Pantani di Pacino and Vendicari, which will offer many special places for a restorative dive.

In the province of Catania is Playa Catania, which extends over 18 kilometers and offers everything you need for recreation or water sports. Aci Trezza and Aci Castello are two other surprises that offer beaches with clean and unforgettable sea.

The picturesque town of Noto is located just 32 km southwest of Syracuse. It was severely damaged by an earthquake in 1693, but has been rebuilt and is now considered an architectural gem of late Sicilian Baroque.

Among the eight most visited sights of Noto can safely include:

A Roman Catholic cathedral erected in memory of Saint Nicholas of Myra. The temple was designed by Rosario Gagliardi in the early 18th century and completed under the direction of Bernardo Labisi in 1776.

The church is executed in strict forms, with three portals divided by Corinthian columns and a wide staircase in front of the main entrance.

The Church and Monastery of St. Francis

The Church and Monastery of St. Francis were built between 1704 and 1745 by the architect Vincenzo Sinatra. The portal with three niches is surrounded by Baroque columns and on the terrace we can see a statue of the Virgin Mary in marble. The inside is characterized by a variety of decorations. The church is home to some rare 16th century paintings.

A residence of the family of the same name built in 1765, the Palazzo Nicolaci. The unique elements of this Baroque building are the Ionic columns and the wide doorway. There are three small balconies on each side that are supported by picturesque consoles. They depict sirens, chimeras, centaurs, winged horses and children’s portraits.

The house consists of 90 rooms. The descendants of a noble family live in some of them. The first floor is occupied since 1817 by the town library with old books, Spanish and Latin manuscripts.

The construction of the Church of the Holy Cross began at the end of the 18th century and was finished only 200 years later. The main decorative elements are the huge stone statues of lions from Rome, as well as a statue of the White Madonna made of marble by the sculptor Francesc Lauran. The golden altar cross is adorned with a small wooden plaque depicting Jesus. Legend has it that it was made by Luke himself.

READ
Mexico - the land of the Indians

The Porta Reale is a majestic gate. In 1838 the people of Noto created the magnificent Porta Reale Gate for Ferdinand II, the monarch who visited the city. The famous arch is decorated with sculptures of pelicans and dogs. This is where Avenida Vittorio Immanuel begins, Noto’s main street where most of the city’s attractions, hotels and stores are located.

Ducezio Palace, called the Italian Peterhof, appeared in the 18th century and was originally used as the residence of the Duke, but now it houses the City Hall. The palazzo is so popular because of its Hall of Mirrors, a French-style room with lots of antique mirrors, beautiful stained-glass windows, and ornate paintings. The room has an oval shape and is decorated with stucco and gold. Ceremonies and receptions are held there.

The author of the design of the church of Santa Chiara in 1785 was the architect Rosario Gagliardi. The church is considered an example of fine Baroque and is distinguished by the unusual design of the space. The oval interior is structured by a dozen columns, and angels and moldings are used for decoration. The bell tower has a wonderful view over the whole town.

Cost of the tour: admission is free, but you have to pay 2 euros for access to the roof to see the panorama.

Lido di Noto beach is recognized as the best beach in the city. It is unique in that it has not the stony, typical of Sicily, but a sandy surface and a smooth entrance to the water. And when the weather is fine you can see the dolphins.

READ
The 5 best resorts in Bulgaria

There are usually free umbrellas and sun loungers for the visitors.

We hope that your journey through the beautiful city of Noto will be unforgettable!