What to see in Neiva – Province of Cuneo, Italy

Located in the Langhe region, Neive is a small town in the province of Cuneo, located between the last Langhe Moscato and the hills of Monferrato. We are not far from the town of Alba, from where we can reach Neuve in just a quarter of an hour by car. The old village rises on the slopes of a small hill about 300 meters above sea level and is one of the best places of the Piedmont region. It is actually registered in the prestigious list of the most beautiful villages in Italy and has been awarded the title of Orange Flag, awarded by the Italian Tourist Club.

Neive is a very interesting place to spend a day away from the provincial capital. It is enough to stroll through the charming old town to feel the thought-provoking atmosphere of the past. From the top of the medieval village, especially on sunny days, there is a magnificent view of the surrounding hills, many of which are covered with vineyards. The inhabited center instead consists of typical Langhe and Monferrato architecture with elegant buildings (many from the eighteenth century) with ochre-yellow walls and red roofs.

So let’s find out what to see in Neuve, in the province of Cuneo. 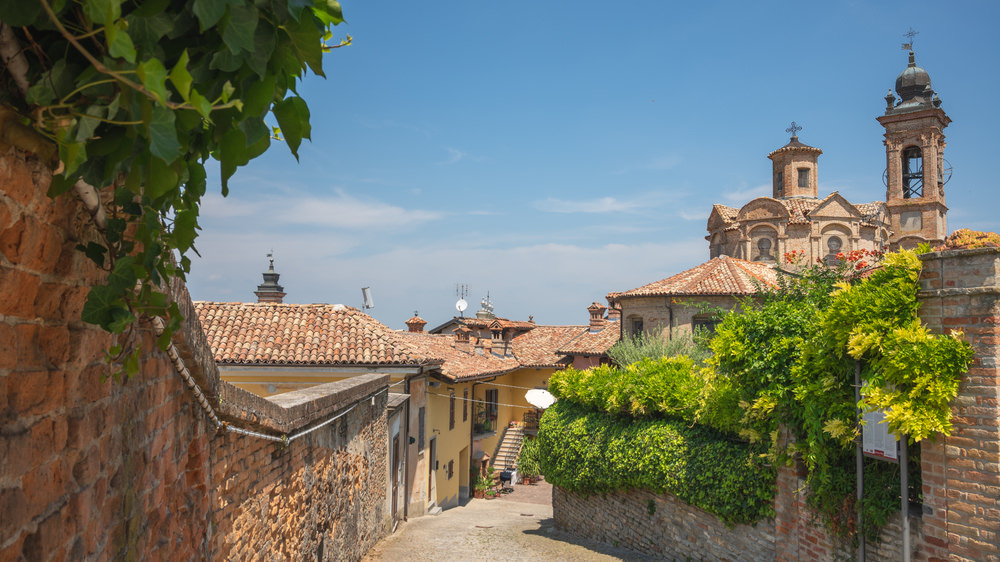 What to see in Neiva – Province of Cuneo, Italy

Neive is a village with ancient origins . Research confirms the existence of a settlement of the ancestors of today’s municipality in Roman times. Around 100 BC, it became important because of the construction of the Via Emilia Scavri commissioned by Emilio di Scavro. In the first centuries after Christ, the territory of the Lange underwent intense Romanization, which resulted in Neive, along with other settlements, becoming important agricultural and commercial centers.

The etymology of the name Neuve itself is of Roman origin . The name seems to derive from Nevia, a noble Roman family who owned the city. With the fall of the Roman Empire, the village fell victim to continuous invasions by barbarians, who destroyed much of the original Neuve.

The city was revived in the Middle Ages . In fact, around the 11th century, a large fortress was built on top of the highest hill in the area. This fortified castle was designed to protect the city from Saracen raids, which had threatened the entire Italian peninsula for centuries. 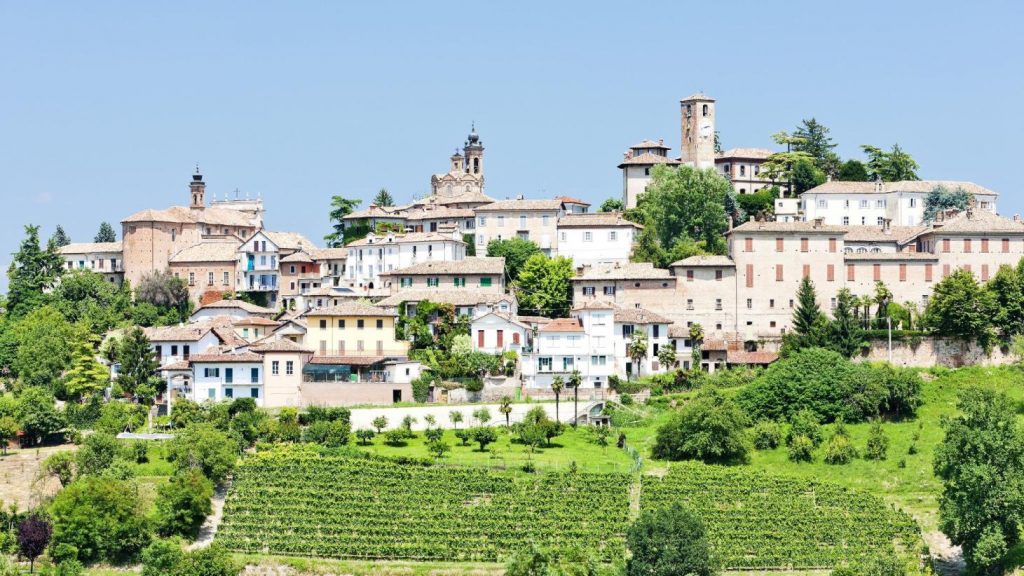 At the end of the 11th century Neuve was part of the so called Consorzio Municipio . It is a group of localities, in this particular case Neive, Barbaresco, Trezzo, San Sisto, Neville and Santa Maria del Piano, belonging to a consortium in feudal estates. A few years later, in the early 1200s, Neuve was the subject of a dispute between Alba and Asti, and the latter prevailed in the clash. The territory passed under the control of the Visconti and, from the beginning of the 16th century, to France. This was followed by the Holy Roman Empire of Charles V and finally by Savoy.

The area later returned to the control of Napoleonic France, after the French Revolution in the early nineteenth century. Already in 1814 Neuve reverted to the Savoy family, which marked the beginning of a period of prosperity of the city itself. With the unification of Italy, the construction of the railroad began, which gave Neuve its own station in May 1865. At the end of the Second World War Neuve established itself as a prestigious tourist destination, the sector which fuelled the city’s economy the most.

Take just a few steps in the historic center of Neuve to see the medieval aspect typical of the Piedmont villages . Especially in the upper Neuve there is a well-preserved architectural and artistic heritage, and part of the ancient shelter is still visible today. Although less famous than Candeloux, the refuge of Neuve is a very important historical site, but only partially preserved. The shelter is a fortified architectural system, usually located in the center of Piedmont municipalities, where basic goods such as food and building materials were usually stored.

READ
The best areas to stay in Siena, Italy 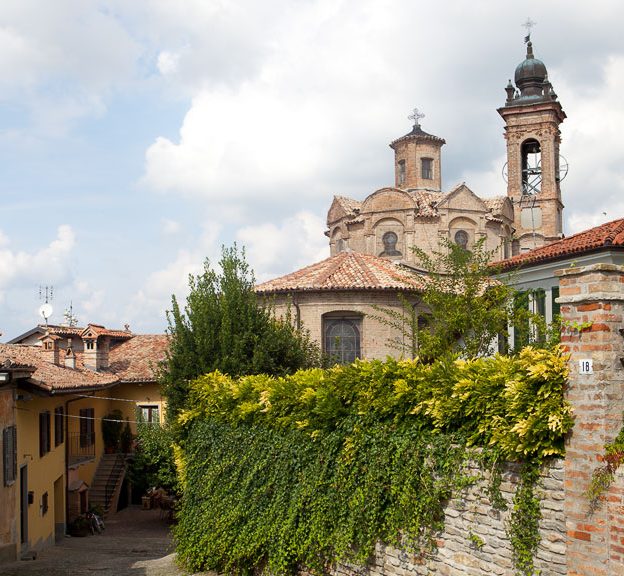 The village has managed to retain its ancient atmosphere almost unchanged. This characteristic is given above all by the tangled labyrinth of narrow cobbled streets that develop concentrically around the hill. Once you arrive at your destination to reach the historic center of Neive, you must cross the Porta di San Rocco, located to the south.

The small chapel of San Rocco, which has a quadrangular plan, with a portico and a bell tower, is located just outside the southern walls. It stands directly in front of the arch which was one of the two gateways into the city and which today connects Casa Demaria (16th century) with Castelborgo. 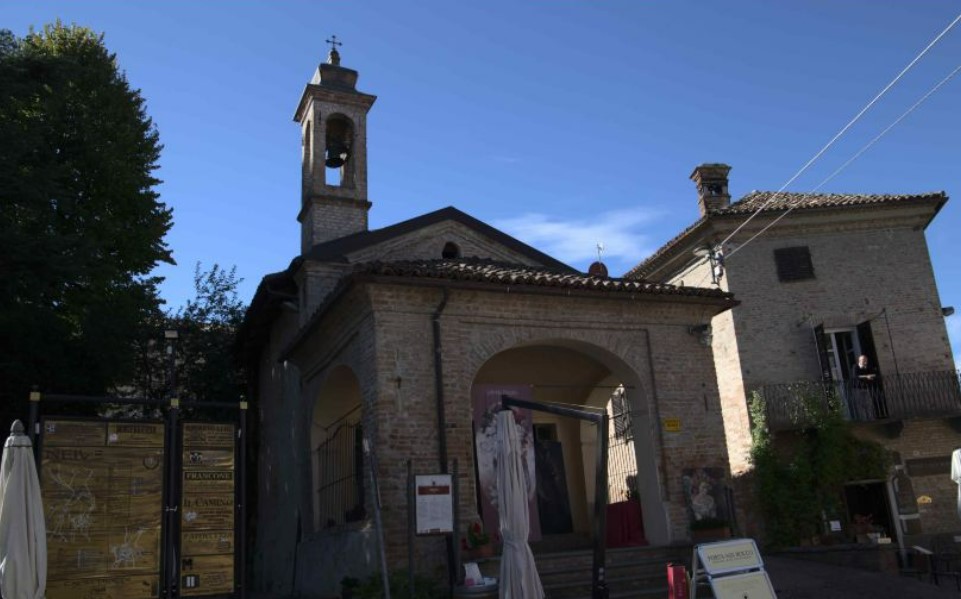 The chapel was built in the 15th century but was completely restored by the architect Borghese in 1783. The restoration preserved part of the original building in the central part of the structure. The church of San Rocco is dedicated to a saint called to protect against the plague.

It is a typical example of a village church built just outside the city gates during the Middle Ages. People in these periods did not like to host strangers because of the plague. Churches like this gave former travelers a safe place to sleep and find fresh water and food.

As you enter, you will see the Palazzo dei Conti Bongioanni Cocito. This is perhaps the most elegant Baroque palace in Neuva. It was built in the second half of the eighteenth century by the architect Borghese. The portal, the graceful cornice, and some of the interior rooms are interesting, in pure Rococo style. 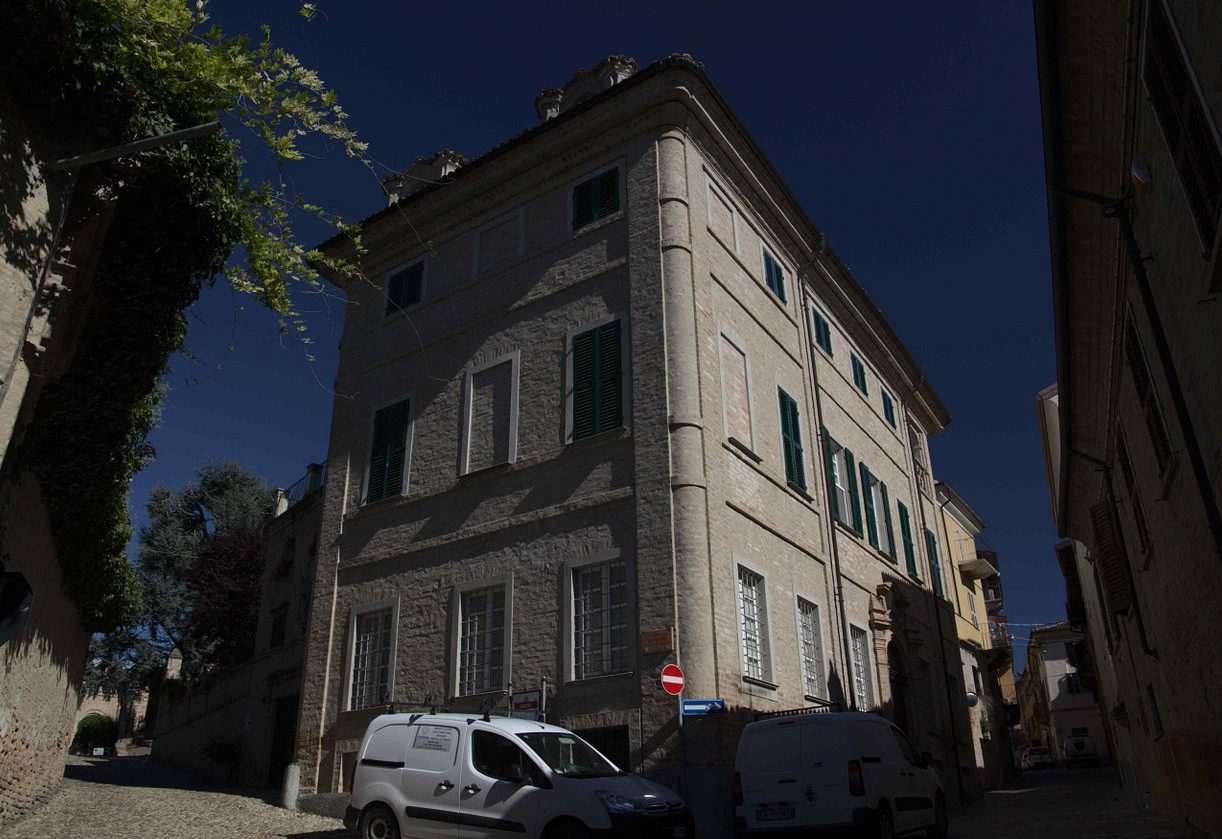 Along Via Castelborgo, one can admire the large Palazzo dei Conti di Castelborgo, built at the beginning of the XVIII century. Noteworthy are the interior decoration and the valuable private chapel. The portal of the garden was always designed by the architect Borghese. The iron gates and elegant rustic brick columns are beautiful.

READ
11 things to do in Heraklion, Greece 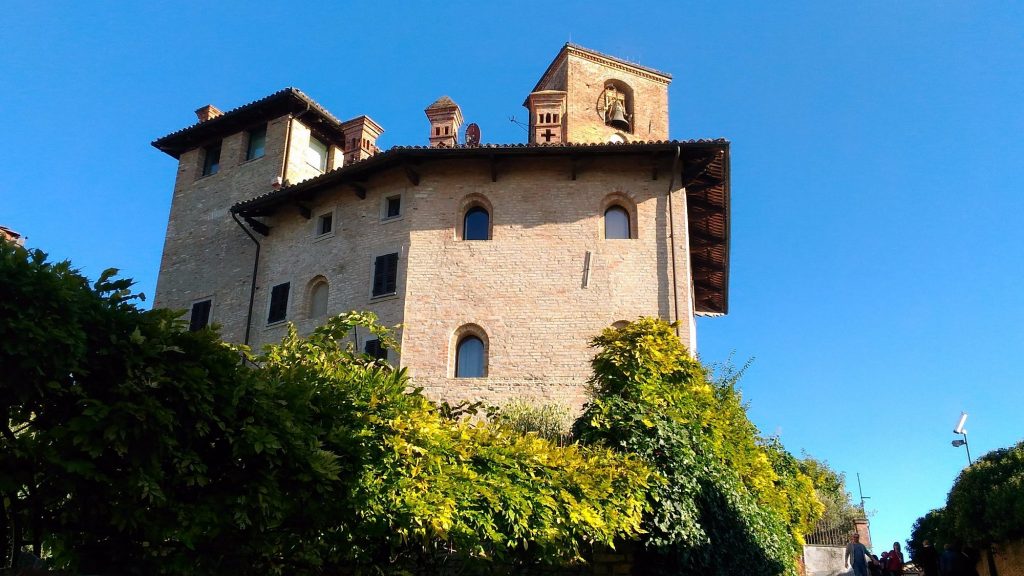 The municipal offices are now located on the other side of the square, in a building with an open brick façade called Palazzo Borghese. It was also the birthplace of the architect Neivese Giovanni Antonio Borghese, whose artistic qualities are recognized in many noble residences and churches of the eighteenth century village. 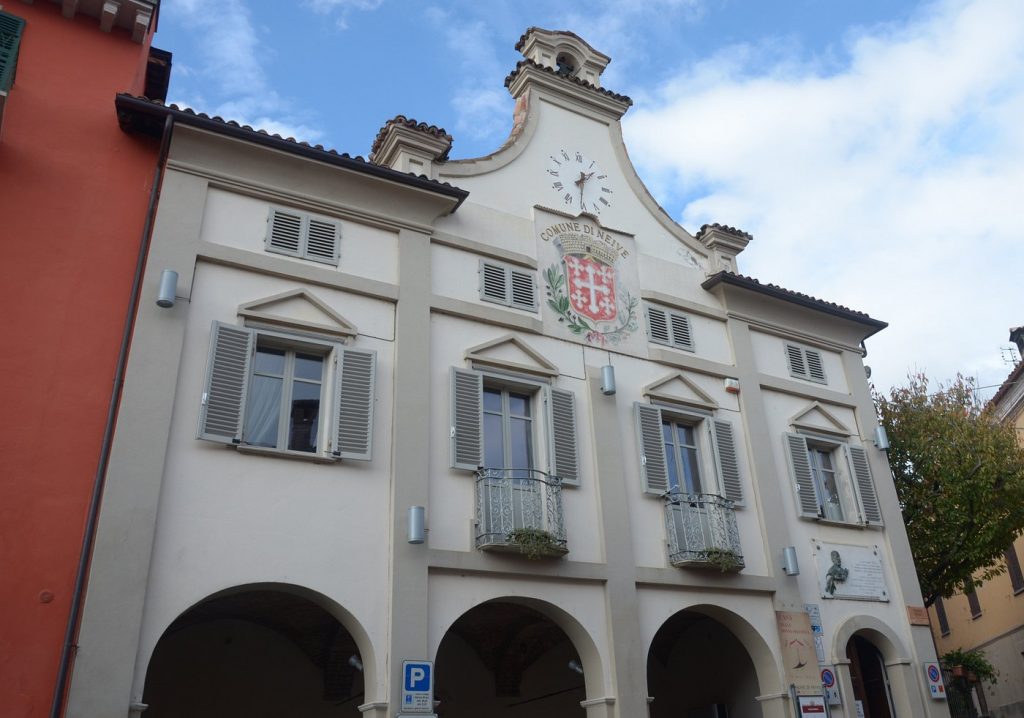 The San Michele archbishopric, built by the same architect between 1759 and 1789 in the Savoy Baroque style, with a single nave and a high central dome. The portal of the church bears revolutionary symbols of human rights. The facade is a rustic brick embroidery and ends at the top next to the dome and bell tower, forming a very original whole which makes this church a small and unique masterpiece. 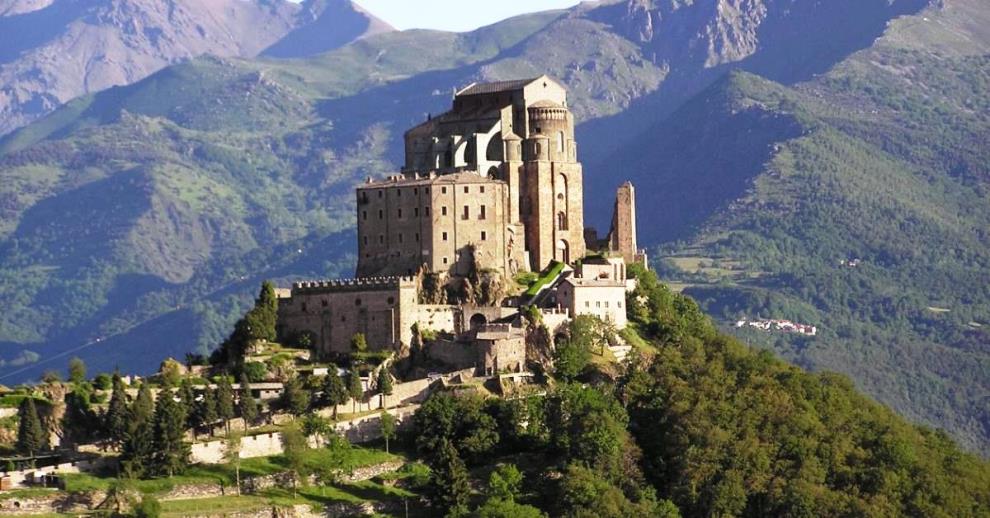 This is a Catholic church dedicated to St. Michael the Archangel, which is also used by the faithful of the Macedonian Orthodox community. Inside, along with classical Catholic iconography, icons and sacred images of the Byzantine type triumph.

Nearby, in Piazza Negro, stands the parish church of St. Peter and Paul . Already in the twelfth century, the church was rebuilt, and in the eighteenth century the bell tower was designed by the famous architect Francesco Gallo. The façade, in this case of the neoclassical type, is characterized by the division into pilasters that suggest its structure with three naves and a pediment. Inside there are works of the mid-eighteenth century, as well as a wooden choir.