What to see in Egypt?

Egypt opens its guests amazing wonders of nature, incredible achievements of ancient civilizations, charms with a unique color. Many attractions in Egypt are places in the expanses of which history literally comes to life, and we can plunge into the atmosphere of the distant millennia. So, let’s find out what you can see in Egypt to get the maximum experience.

1. The pyramid of Djoser. 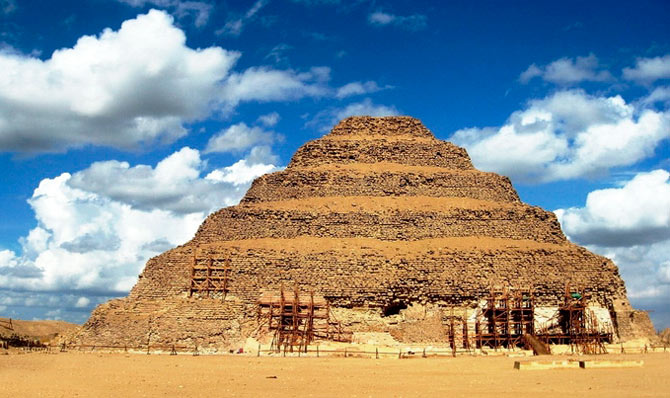 What, but the ancient pyramids need to see in Egypt in the first place. They are the most famous sights of the country! The first in our list is the pyramid of Djoser, which is attractive because of its unusual shape – tiers in the form of steps, built in 2650 BC for the burial of the Pharaoh Djoser. This Egyptian structure is one of the largest built in ancient times. It has six steps more than 60 meters high, and the total area exceeds 14 thousand square meters.

The pyramid has been exposed to sandstorms over time, its height has changed by several meters over the years. The famous Imhotep was the architect who built the landmark, but he was later relegated to the ranks of the gods.

Imhotep built steps symbolizing the soul of Pharaoh Djoser, who would be able to ascend them into the sky. Around the ancient structure, 11 more tombs were also built for the buried family. 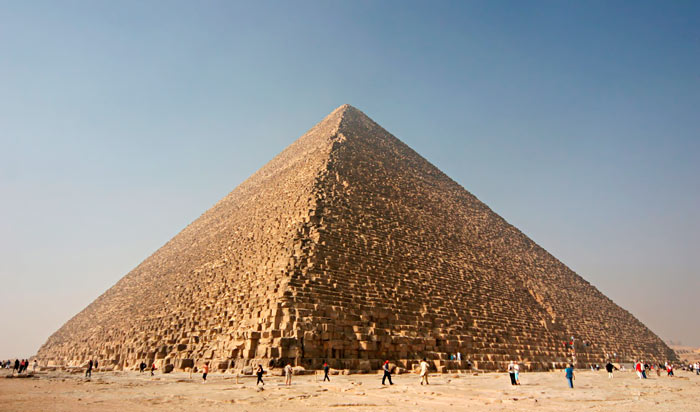 Among many, a must-see in Egypt is the ancient pyramid of Cheops, which is the largest in the world. This great structure has undergone almost no changes in a few thousand years. It was built to bury the fourth generation of the Cheops dynasty.

There are three tombs in the pyramid. This is the only pyramid inside which there are descending and ascending corridors. The Pyramid of Cheops is the most majestic and colossal structure, the centerpiece of the complex at Giza.

Some of the blocks used in the construction of this structure weighed up to 80 tons. There is an assumption that the Egyptians had an excellent command of geometry, which allowed them to create this unique creation, and there is even a theory that the pyramid of Cheops was an observatory. 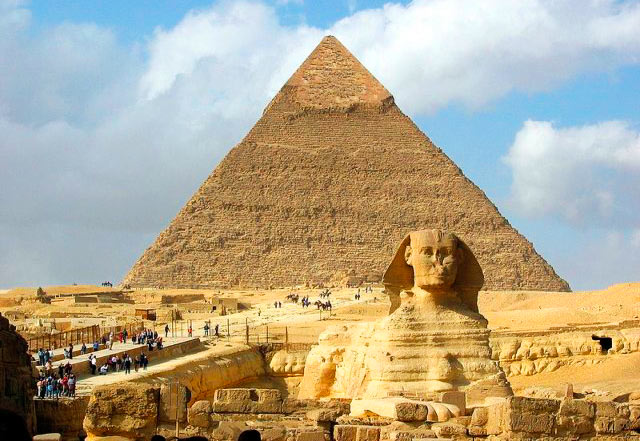 This is the second largest ancient pyramid in the world, over 200 meters long and 136 meters high. What is incredible is that it was built of blocks weighing 2 tons. Scientists are still wondering how the inhabitants of ancient Egypt managed it.

Inside the pyramid is a tomb, which lies at its base. The sarcophagus is rectangular in shape and is made of stone. Externally, the structure has been preserved almost unchanged. In ancient times the tomb was complemented by a whole complex, including a smaller pyramid, which unfortunately was destroyed, as well as the temple of Chephren. 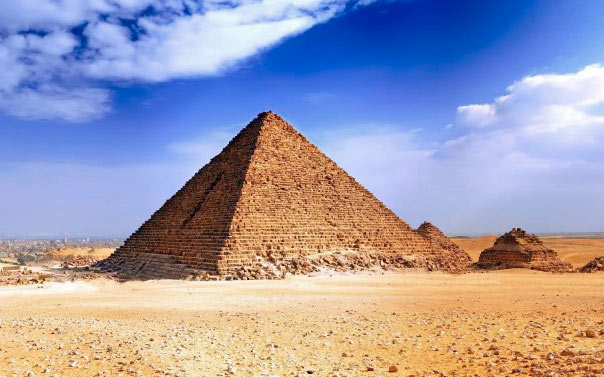 This small Egyptian pyramid was created for the grandson of Pharaoh Cheops. Its tomb is poorly preserved. Scientists suggest that the construction was done in a hurry. The size of the burial chamber is small – a little more than two meters in width, three and a half in height and about six in length.

The pyramid differs not only in its size, but also in the peculiarities of the construction process. At its base lies not rock, as in the larger and more ancient pyramids of Egypt, but limestone slabs.

Also a sarcophagus was found in the pyramid of Meekerin, it has not been preserved to this day. However, the collection of sculptures found in the tomb is quite extensive and can now be seen in museums in Cairo and Boston. 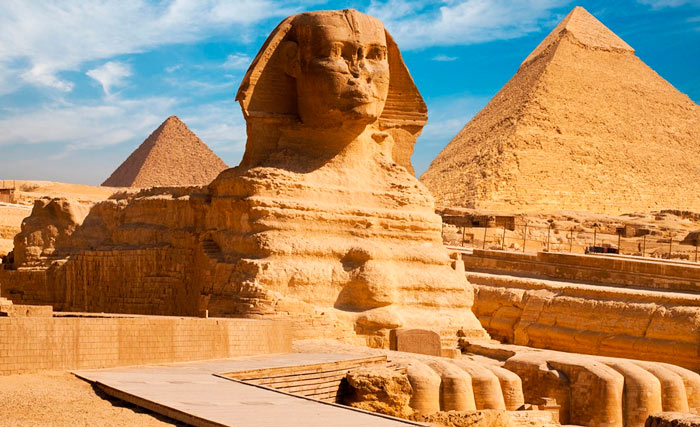 The Sphinx is the second famous and symbolic landmark of Egypt after the pyramids, which is impossible not to visit. Of all the ancient sculptures extant today, the Egyptian Sphinx is the largest. According to historical descriptions, previously between his paws was a sculpture of Pharaoh. The lion with a human face rises to a height of 20 meters, and stretches for more than 50.

READ
What country has the cleanest air in the world?

For many years scholars could not find any mention of this sculpture in the hieroglyphs left as a legacy by the ancient Egyptians. However, the sphinx was later identified with one of the gods, Harmachis. According to legend, the sphinx guards the peace of the pyramids, never sleeps and receives its power from the cosmos. 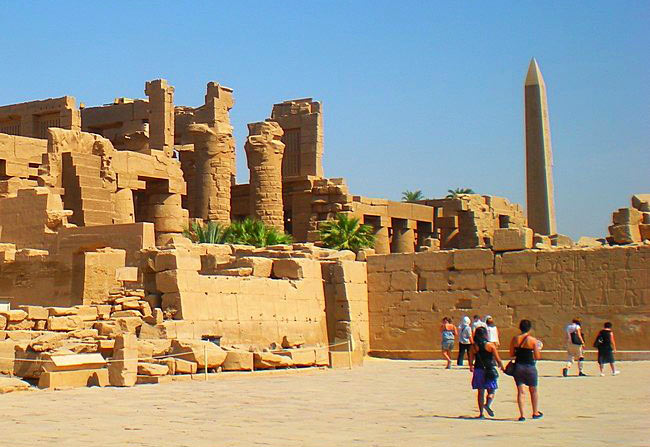 “The City of the Dead is one of the most popular places to see in Egypt. It is part of Luxor. A few centuries before our era, the majestic city of Thebes stood on this site, it was the capital of Upper Egypt. Several generations of royal families lived here. Over time, the capital was moved, this place has become a cemetery, the history of which has more than two thousand years.

Today on the territory of Luxor is a memorial complex, which includes a number of famous Egyptian sites. These are the Valley of the Kings and the Valley of the Queens, hidden in the depths of rocks. They are located near each other. Its fame among tourists this place is due to the fact that it keeps in its vast legendary tomb of Pharaoh Tutankhamen.

Also in the “City of the Dead” you can see the temples of Ramses II. One represents the chronicle of his life, the other – the royal palace. Famous Egyptian queen Hatshepsut during his reign also built many buildings, in one of which, the temple “Red Sanctuary”, and was buried.

7. The Valley of the Kings 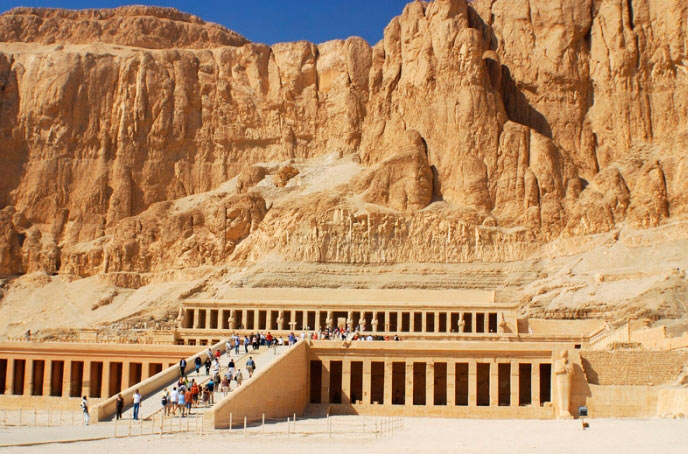 The Valley of the Kings is a very popular among tourists memorial complex, which was erected in Egypt long before our era. It became famous thanks to the discovery on its territory in 1922 of the burial of the pharaoh Tutankhamun.

The tombs here resemble large wells, the road to them is guarded by traps and traps. The graves of the deceased preserve the history of their existence and the narratives of their afterlife.

In the Valley of the Kings there are more than 60 tombs, some of them are available for tourists, others are under restoration. The entrance to the tomb of Tutankhamun is decorated with quotations from the book of the dead, the walls and the floor of the tomb tell about the life of the pharaoh. The sarcophagus is made of stone, with three layers inside, the last of which is gold.

The next famous attraction that will be interesting to visit in Egypt is the Karnak Temple, which arouses almost as keen interest among tourists as the famous pyramids. This temple complex was discovered during excavations in the 19th century, and kept its secrets hidden from the eyes of tourists for over four thousand years.

The complex is dedicated to Amon, the sun god, but on its territory there are 25 more small temples and obelisks. In honor of the king of the gods a temple was built here, according to scientists, the oldest in Thebes. Not far from it are the temples of the god of war and of Amun’s wife, the goddess Mut.

There is also a large temple that was built over many centuries by some thirty pharaohs. One of the majestic halls stretches more than 90 meters long and about 50 meters wide. Its supports are more than 30 pylons, each 21 meters high. One of the obelisks, according to experts, weighs 140 tons. These parameters of ancient structures amaze visitors. The colossal efficiency of the Egyptians amazes people from all over the world for many centuries. 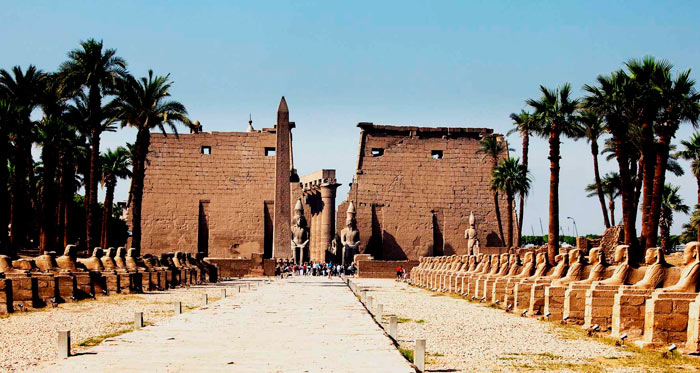 Another famous temple in Egypt, which attracts tourists. Pylons and columns, statues and obelisks, reliefs and mysterious hieroglyphs – all this is ready to present Luxor temple in abundance. It has become a symbol of history, embodying conquests, wars and struggles for the right to rule.

The temple is completely symmetrical, built in the form of a rectangle. It has many columns – about 150, and the largest hall has a length of about two hundred meters. There is also a Christian chapel and some ruined images of the ancient gods – this shows the religious wars in Egypt at that time.

The Arabs erected a mosque on the territory of the temple. Distinguished by the fact that it was built on the roof, and is more like a superstructure on the temple. This location was chosen because the foundation of the temple was covered with sand and was used as a foundation. 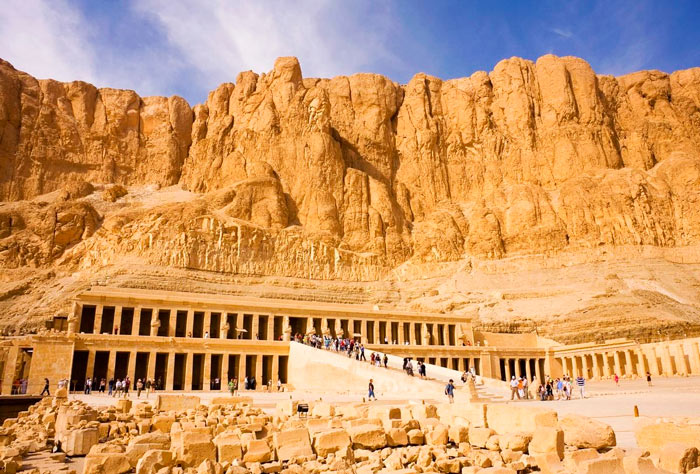 Queen Hatshepsut is one of the most famous female rulers. Amazing grandeur of the temple, its architecture differs from other similarly majestic structures of ancient Egypt, as the very fact that Hatshepsut managed to rule for 22 years.

The road to the temple was decorated with sphinxes with the face of Hashtepsut. Earlier in the temple there were about 200 statues, 140 of them sphinxes. Many sculptures depicted the queen herself, so we can see her face even now. 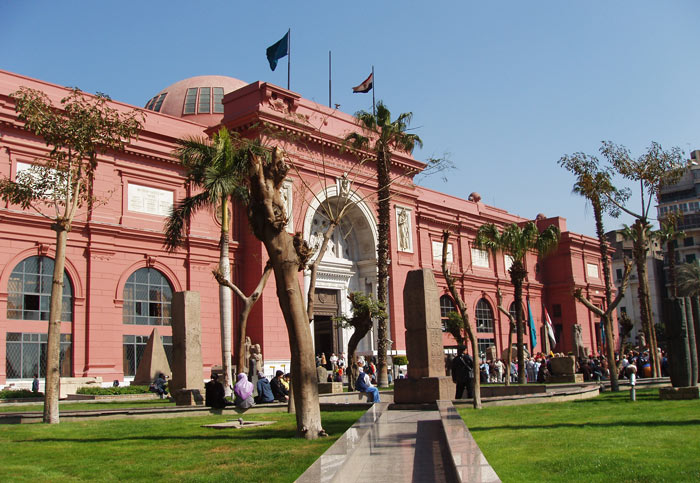 Undoubtedly, every tourist must visit the Egyptian Museum in Cairo. Its exhibits are astonishing in their number and magnificence of man-made deeds. The largest number of ancient Egyptian art objects are collected here. Founded in the mid-19th century, the museum offers tourists the opportunity to see everything that was possible to translate from the tombs.

The world famous statue of Nefertiti is kept here, as well as the golden sarcophagus of Tutankhamun and his burial mask. In total, this Egyptian museum is ready to present to the attention of its visitors more than 120,000 exhibits. Among the most famous are the jewelry of Queen Yahhotep, the mummies of pharaohs Ramses VI, Amenhotep I, mummies and sarcophagi of Amon priests, household items, gold burial masks. 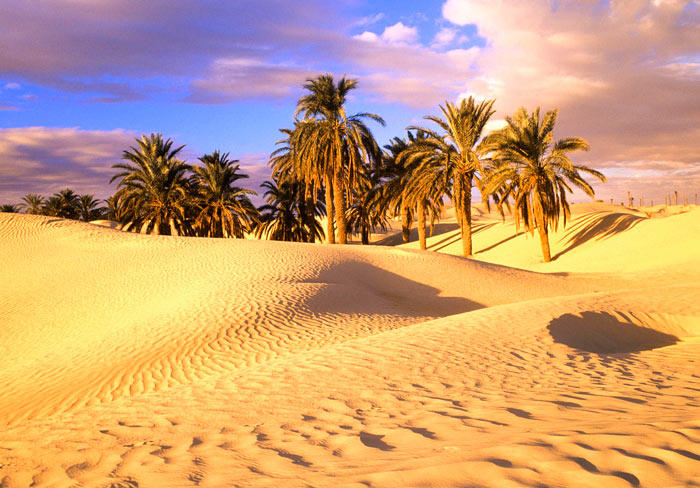 There is much to visit in Egypt except the pyramids and temples. For an unforgettable vacation, you can go on an excursion to the largest desert on Earth. The Sahara takes about a third of Africa, its area exceeds the size of many countries, such as Brazil.

The climate in this Egyptian territory is incredibly difficult to survive. This is where the hottest records are set. In many parts of the desert, daytime temperatures exceed 50 degrees and can reach 10 at night. Fluctuations of more than 30 degrees are a very difficult condition for survival.

The Sahara Desert is famous for its sandstorms, with wind gusts of up to fifty meters per second. Rocks and sand fly up into the air, which is dangerous enough for people and animals, leaving behind a dusty fog.

The sights of Egypt preserve the history of a powerful civilization, the great rulers and an incredible amount of ancient secrets. All this is very attractive for tourists from all over the world, who visit this country every year to see the creations of ancient art and penetrate into the mysteries of the great civilization.