Through the hills of Chianti

The surroundings of Chianti are one of the most beautiful places, where you can admire a vast panorama of green hills covered with vineyards and olive groves, dense forests and medieval fortress towns, connected to each other by winding roads.

Chianti Classico is the area between Florence and Siena, which includes the settlements of Greve, Pandzano, Gaiole, Radda and Castellina. 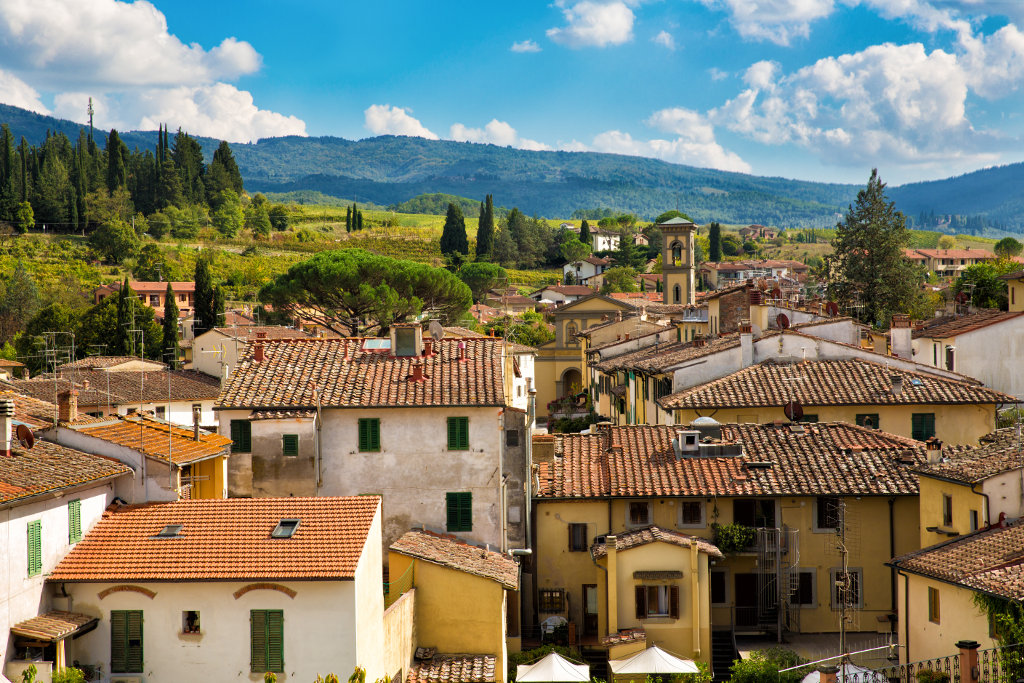 Our journey cannot help but begin with Greve, the entrance gateway of the Chianti region. This lively town is known for its unusual triangular square, where local farmers have been selling their goods since the Middle Ages. The square is framed by porticoes on all three sides, offering shelter from the heat or rain while out shopping. In the center is a monument to Giovanni da Verazzano, the designer of New York Harbor. In the narrow part of the square is the medieval church of Santa Croce, which houses several masterpieces of church art, including the triptych “Our Lady with the Saints” by Bicci di Lorenzo.

In Grezzo you can taste the traditional products and wines of Chianti. Under the porticoes you’ll find local artisan stores, wineries and restaurants. Don’t pass by the Falorni butcher shop, which offers an assortment of local delicacies. A stone’s throw from the square is the Wine Museum. 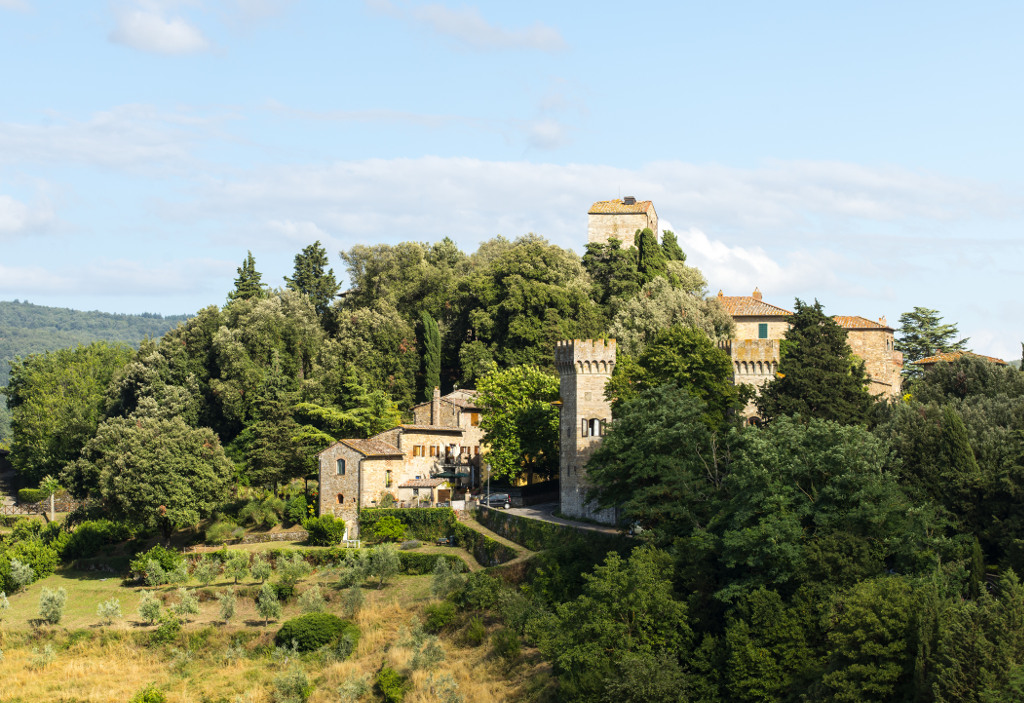 The densely populated town of Pandzano is a few kilometers from Greve. Since the XII century Pandzano played an important role in the defense of Florence. The castle of Pandzano was a strategic point during the wars between Florence and Siena. Traces of the castle are clearly visible in the historic center. Nowadays the center is dominated by the church of Santa Maria, founded in the XIII century but greatly rebuilt in the XIX century in the neoclassical style. It is worth a walk through the city center, which preserves the atmosphere of the Middle Ages, and have a glass of wine in the central square. Here you will also find many restaurants and wineries where you can taste the local products. Check out the old butcher’s shop “Cecchini” where they sell the famous Florentine steak.

A little further on is the church of San Leolino, first mentioned in 982. Despite its Renaissance appearance (the elegant stone portal and arched gallery), its interior has been preserved in its original form, typical of a Romanesque triple-nave basilica. Inside you can admire the stained glass masterpieces of ecclesiastical art by local craftsmen. 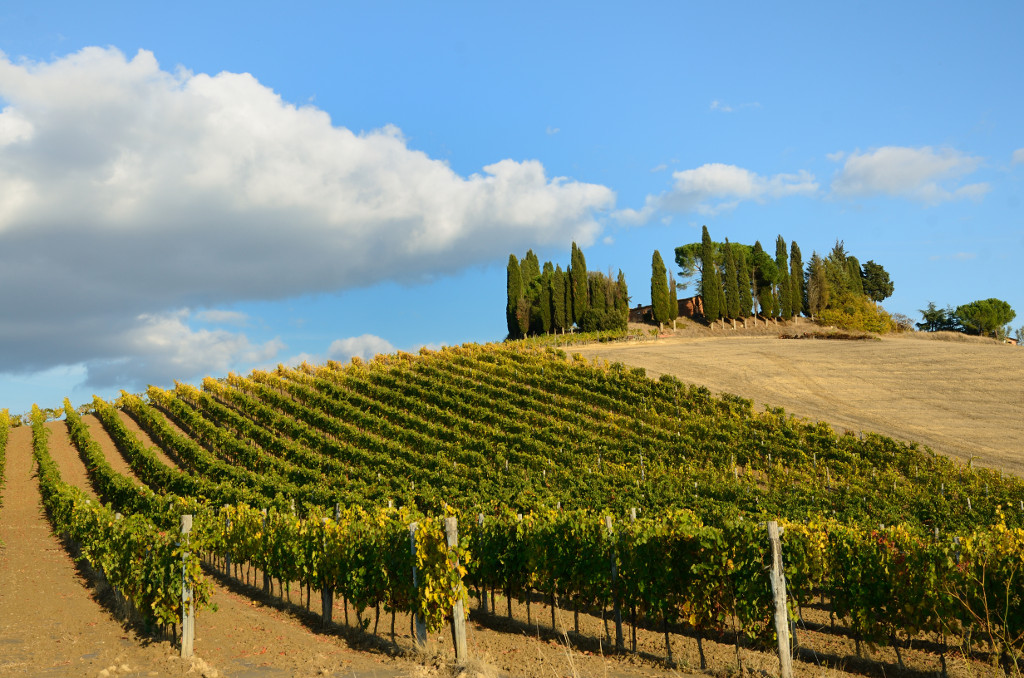 Moving on toward Siena, you will find yourself in Castellina in Chianti, a town so ancient that its origins are lost in the darkness of centuries. At any rate, the tombs at Montecalvario show that people lived here as early as Etruscan times. Its geographic location at the crossroads of the four regions of the Chianti region made it an important strategic point in military terms between Siena and Florence. The fortress of Rocca, which dominates the central part of the city, and the roofed passage (via delle Volta), which crosses the entire city, have been preserved since the medieval wars. Its views are breathtaking. As you stroll through the city, you’ll see many magnificent palazzos that belonged to noble Sienese and Florentines. Do not miss the church of San Salvatore, rebuilt after the Second World War, which preserves a splendid fresco from the end of the 14th century by an unknown Tuscan artist. The Archaeological Museum of Chianti Senese, where the Etruscan finds from the excavations in Montecalvario are preserved, is a must-see for a taste of the ancient history of this land.

As at other points on the itinerary, here you can taste local wines in one of the many wineries and taste the famous sausages and hams made from local pork. 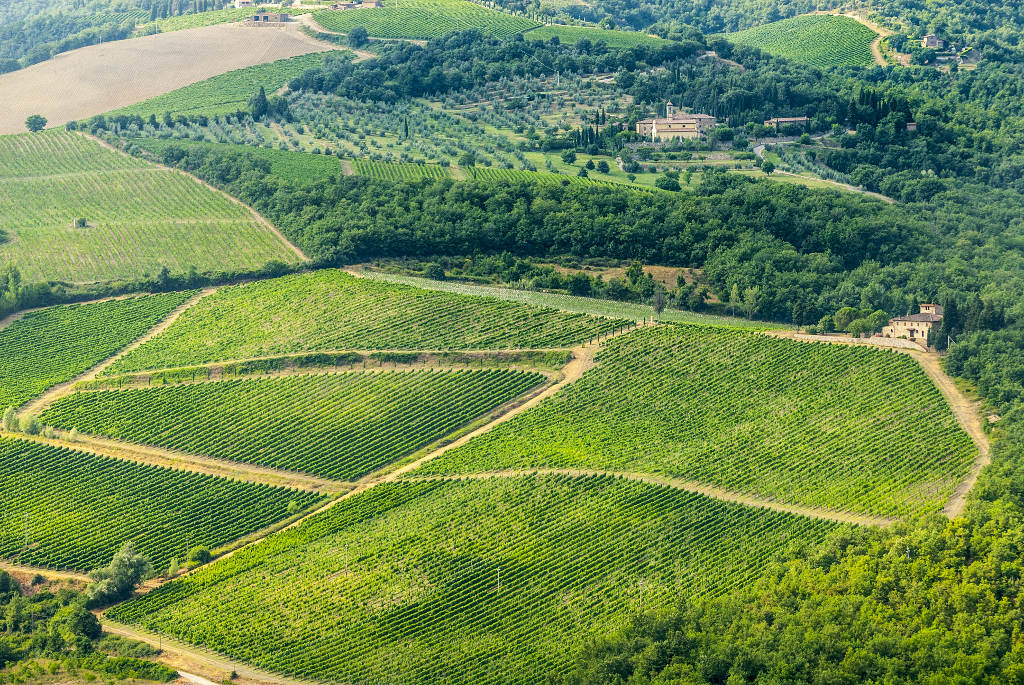 After leaving Castellina via Chiantigiana you arrive on the SR429 which leads to Radda in Chianti, a town that has retained its medieval charm. The center of the town, a labyrinth of concentric streets, is still surrounded by an ancient wall. The architectural center of the city is Palazzo di Podesta and the Romanesque church of San Niccolo. The palazzo was for four centuries the seat of the Captain of the League of Chianti, as the many coats of arms on its façade remind us. On the edge of town you will find the ancient Franciscan monastery of Santa Maria in Prato.

READ
What to see in Aqaba, Jordan?

Here it is a pleasure to wander through the alleys of the city center, where you can enjoy the splendid views of the valley that surrounds the city. A glass of wine with a panino will help rejuvenate.

Near Radda is the ancient fortress town of Castello di Volpaia. The fortress is built of dark sandstone, which distinguishes it from other fortifications of the Chianti region. Although the wars between Florence and Siena did not pass away, the massive main tower and one of the smaller towers have survived. Don’t forget to check out the former fourteenth-century church of Commenda di San Efrosino, which now houses the wine shop. This is where it’s worth tasting the famous local wines. 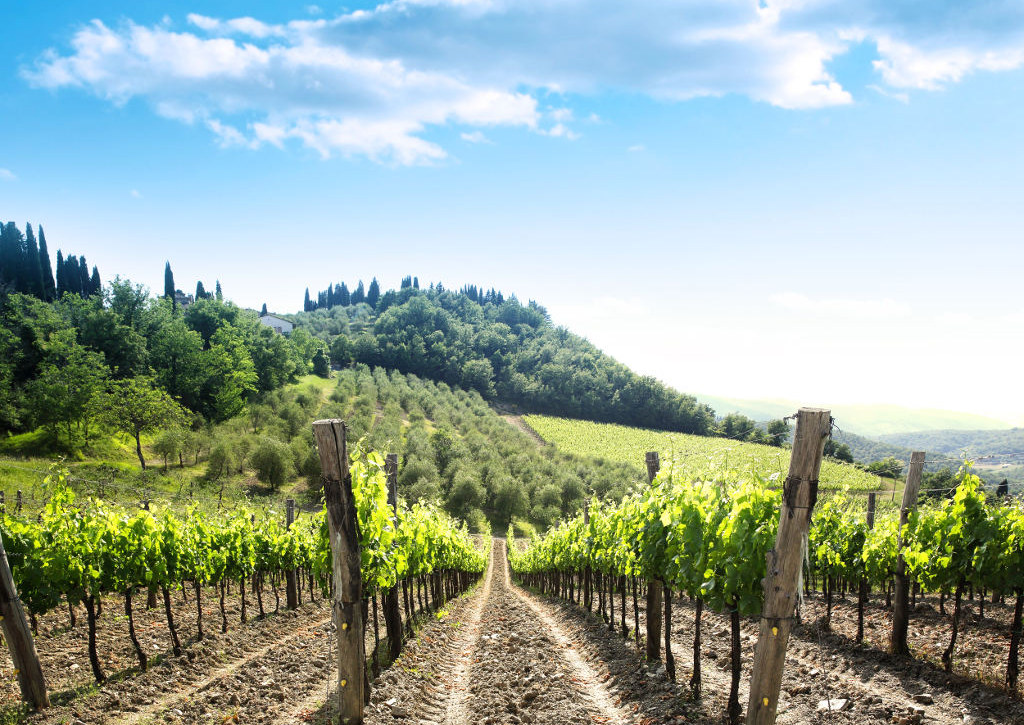 Not far from Radda is the town of Gaiole in Chianti, founded during the Middle Ages. Thanks to its position halfway between Chianti and Valdarno it became a market place where the local feudal lords sold their products. Nowadays Gaiole has not lost its importance, being an important tourist center. There are many hotels and restaurants in the category “agritourism”, wineries and farms, whose owners will be happy to offer you their products and hospitality. In the surroundings of Gaiole there are castles and fortresses such as Castello di Vertine, Castello di Meleto, Pieve di Spaltenna. Everywhere you can stay overnight and, of course, taste the local products.