This forum is currently being browsed by: no registered users or guests: 3

Piedmont is the birthplace of the white truffle. And although white truffle is found in the regions bordering Piedmont in France and even in central Italy (Umbria), the real hunt for white truffle here is in the Piedmont oak groves in the foothills of the Alps. There, where in mid-autumn, in the mornings, wet waves of mist descend from the mountains and diamond drops of it sparkle on the abundant web in the rays of the rising sun. 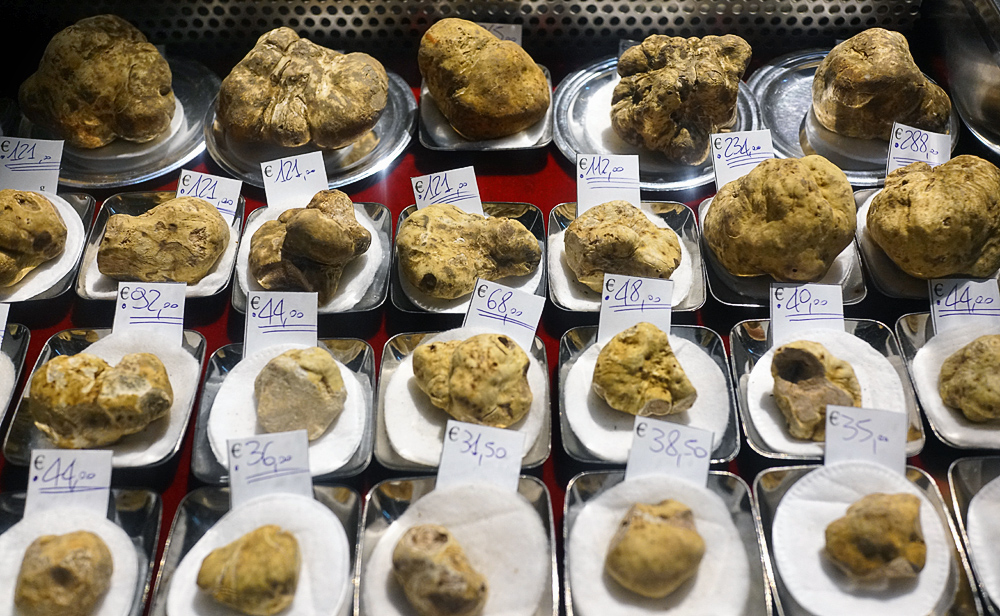 What is the difference between a white truffle and a black truffle? 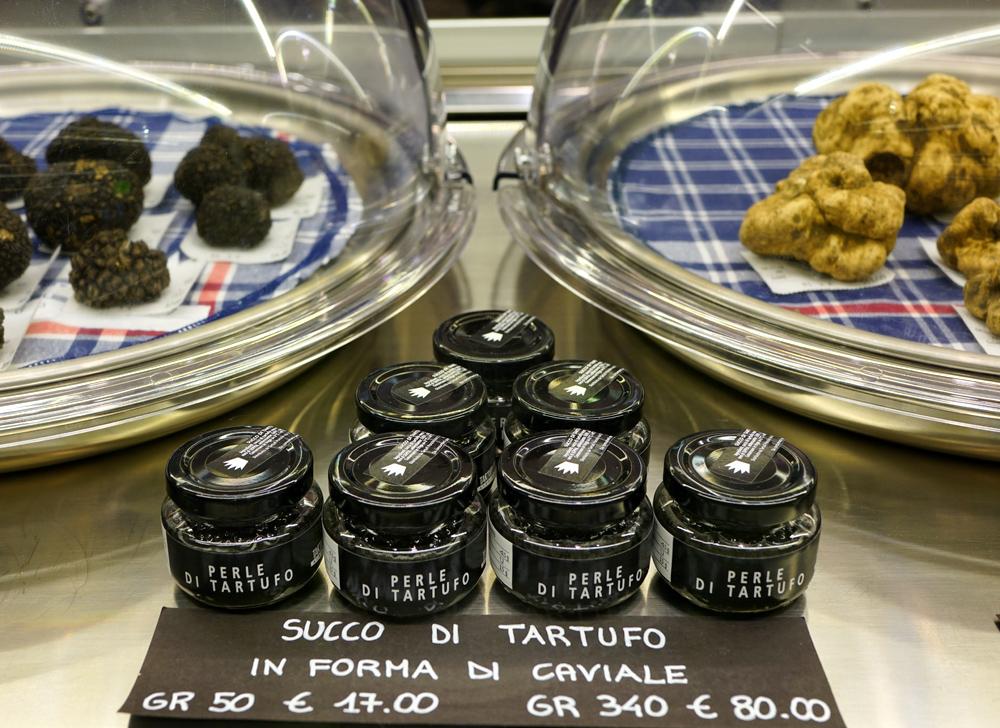 You can tell the difference by smelling a fresh truffle one time: first black truffle and then white. Although it can be the other way around. The aroma of white truffle outshines everything and everything. And when the city of Alba hosts a white truffle festival, the place where the exhibition is held is easy to find by the smell. 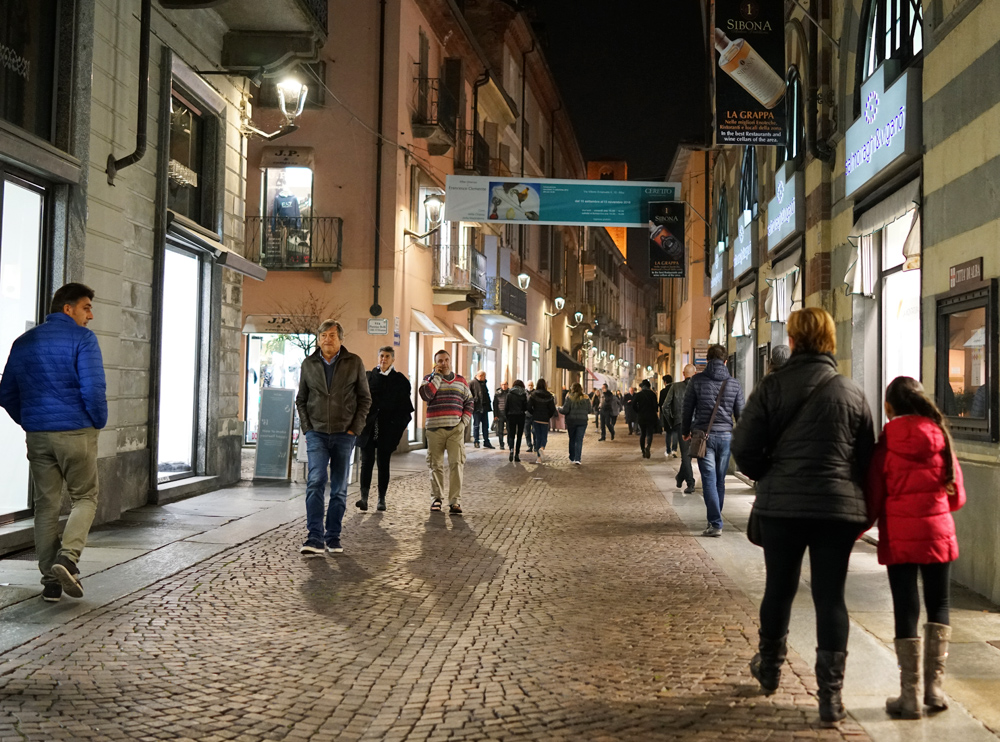 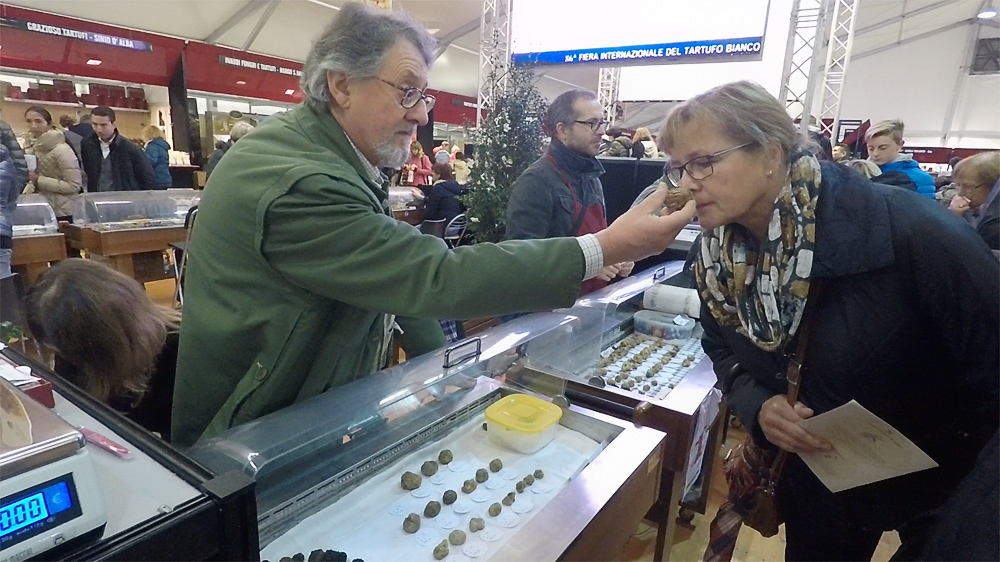 It’s the divine, spicy smell of worn socks mixed with garlic. It is impossible to mistake it for anything else. 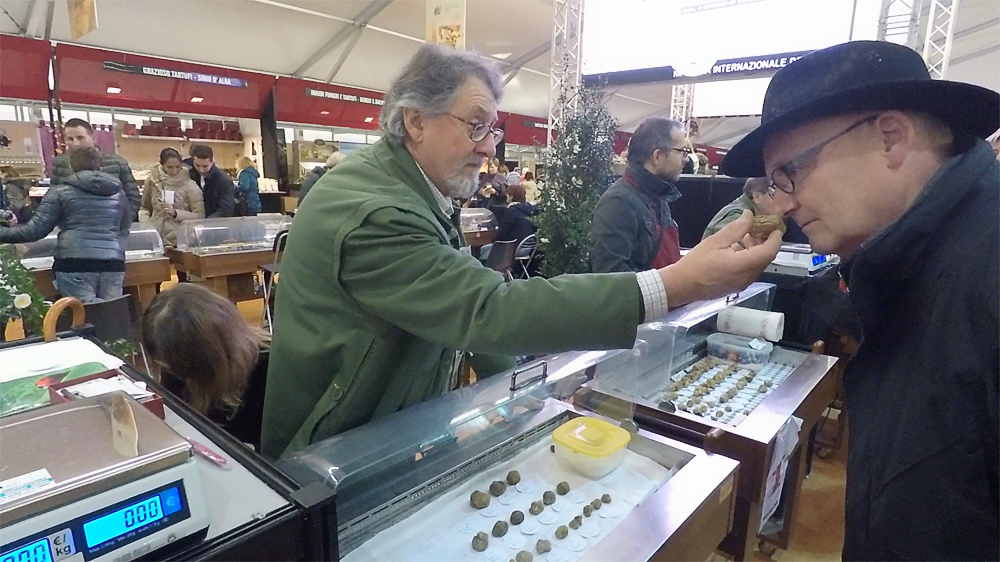 The mining (or hunting) season for white truffles begins in Piedmont in early October and lasts until early December. Although various sources write about looking for truffle until the end of January, I can’t believe it since it’s snowing in the forests where the truffle nests at this time. The program for this year’s festival (2016) ends November 27, so there is still time for those who want to go to this festival of vendors, restaurateurs, free food/drinkers, and boondoggle-goers. You can see all the events here: http://www.fieradeltartufo.org/2016/en/eventi/0-tutti 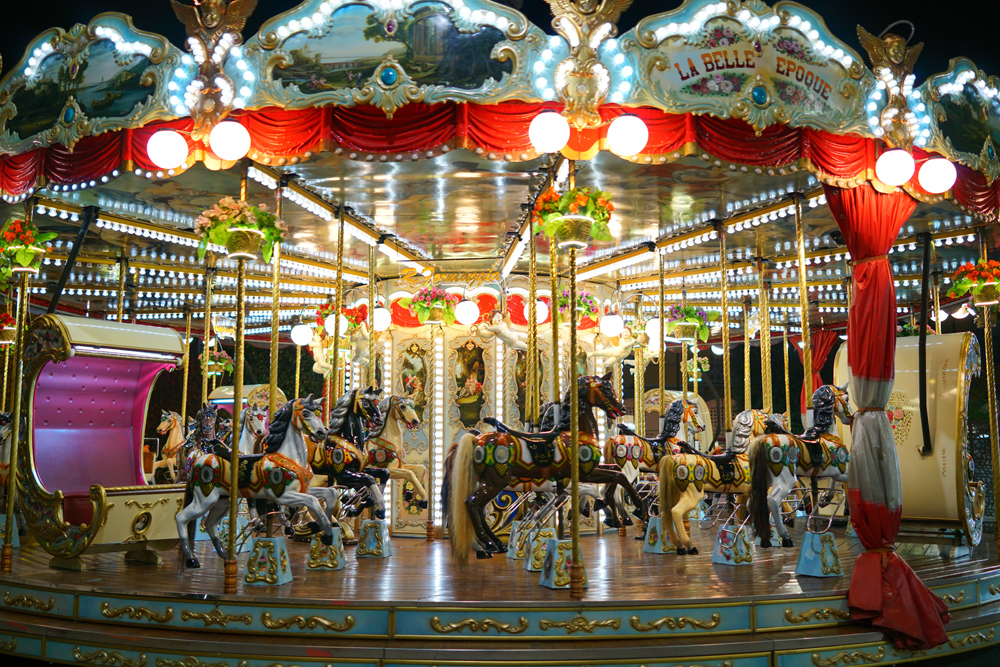 How to get to Alba.

While the most convenient route is the following: – flying Moscow – Milan. Find and buy tickets on Momondo – get the booked on the site rentalkars car at the airport – 177 km to Alba (Alba) or 1 hour and 45 minutes – I get up in an hour and a half. 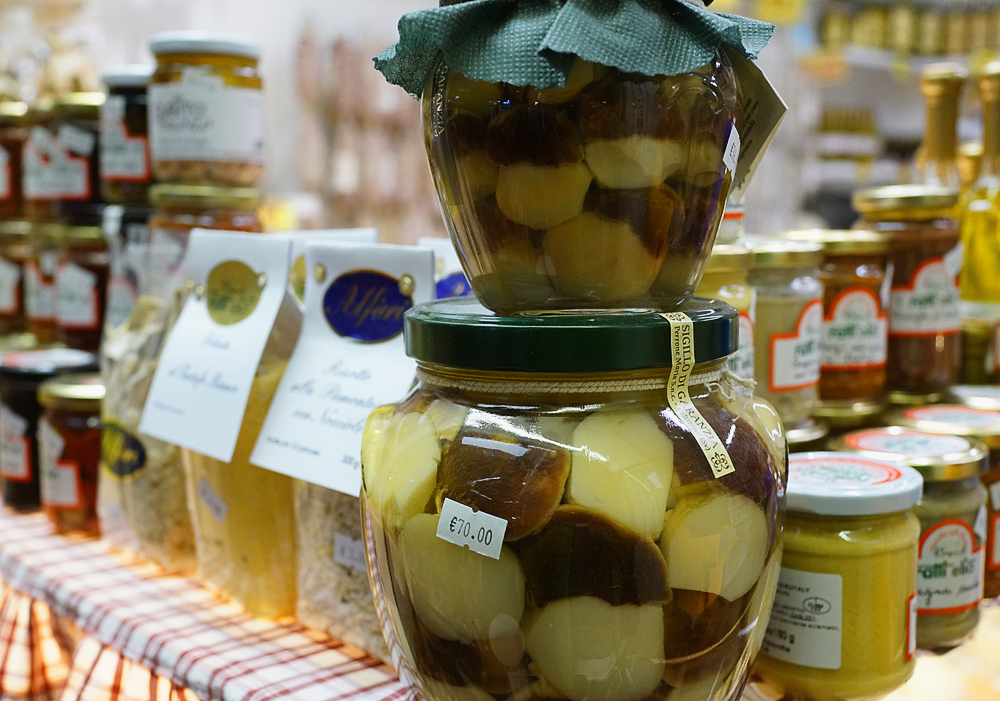 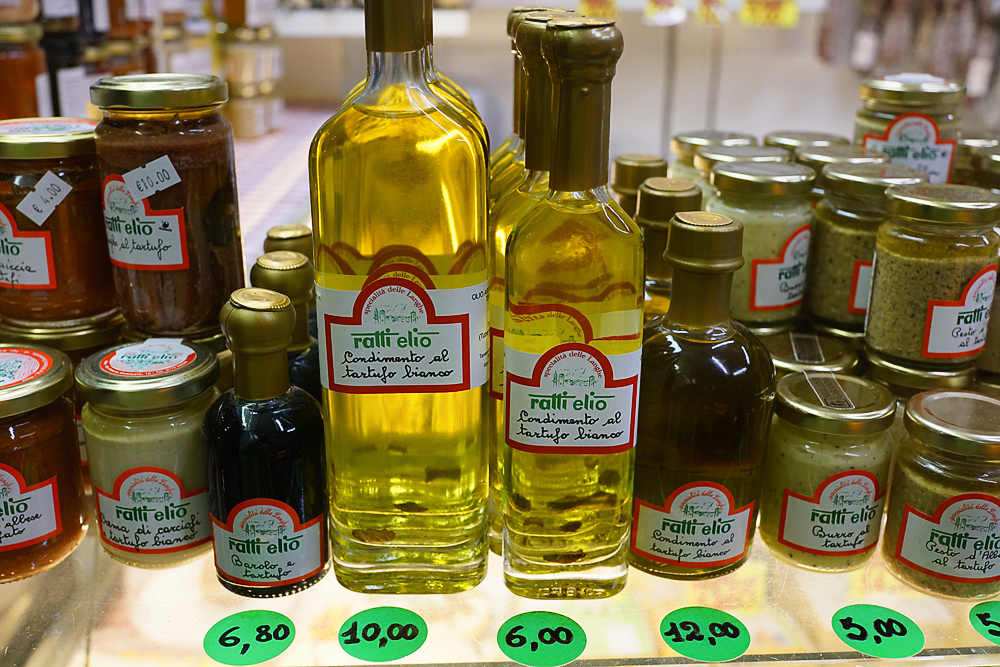 Where to stay in Alba

I can recommend the best accommodation in my opinion (not cheap) is Hotel Calissano Warm, with underground parking, on a dead-end street. However, you can also stay elsewhere – but you have to consider that for the weekend there may be problems with places: a lot of tourists come. You can search for and choose accommodations on the website boqing according to your needs/opportunities. 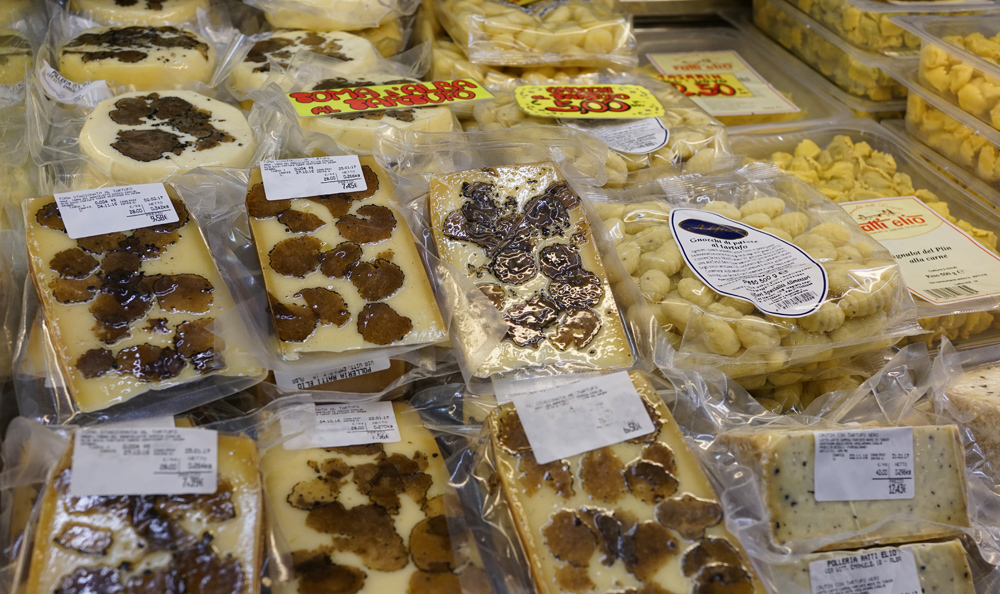 What to see in Alba

It’s worth just taking an evening stroll through the center of Alba. Before dinner, walk along Via Vittorio Emanuele – it’s a central street with stores selling all sorts of delicious things in jars. There are also stores with clothes, watches and bags. 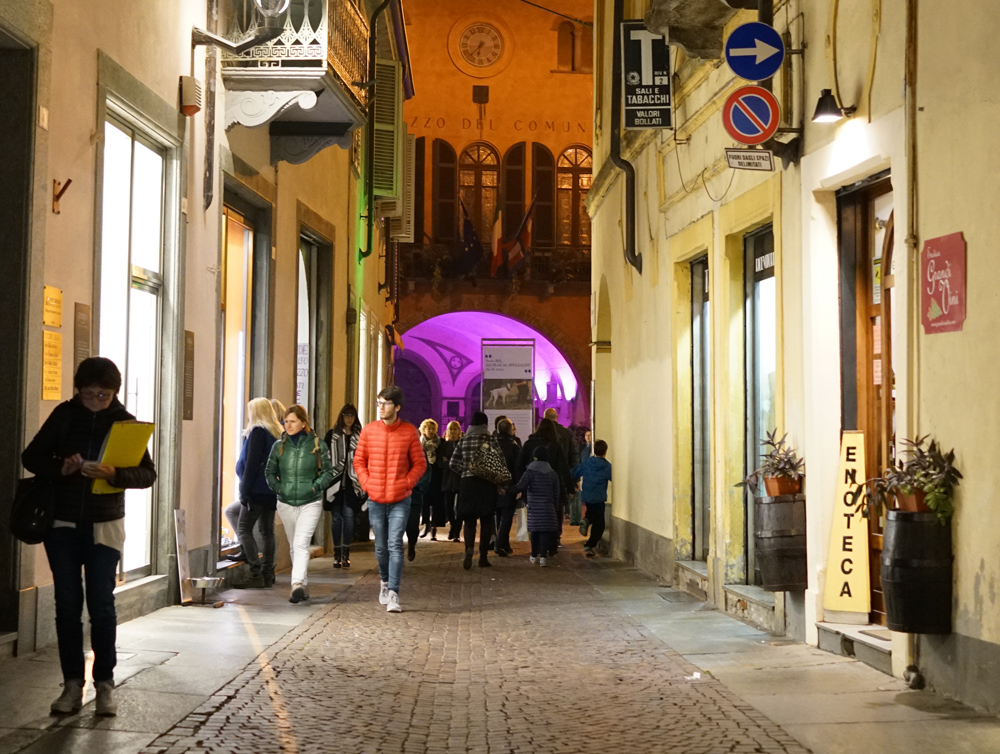 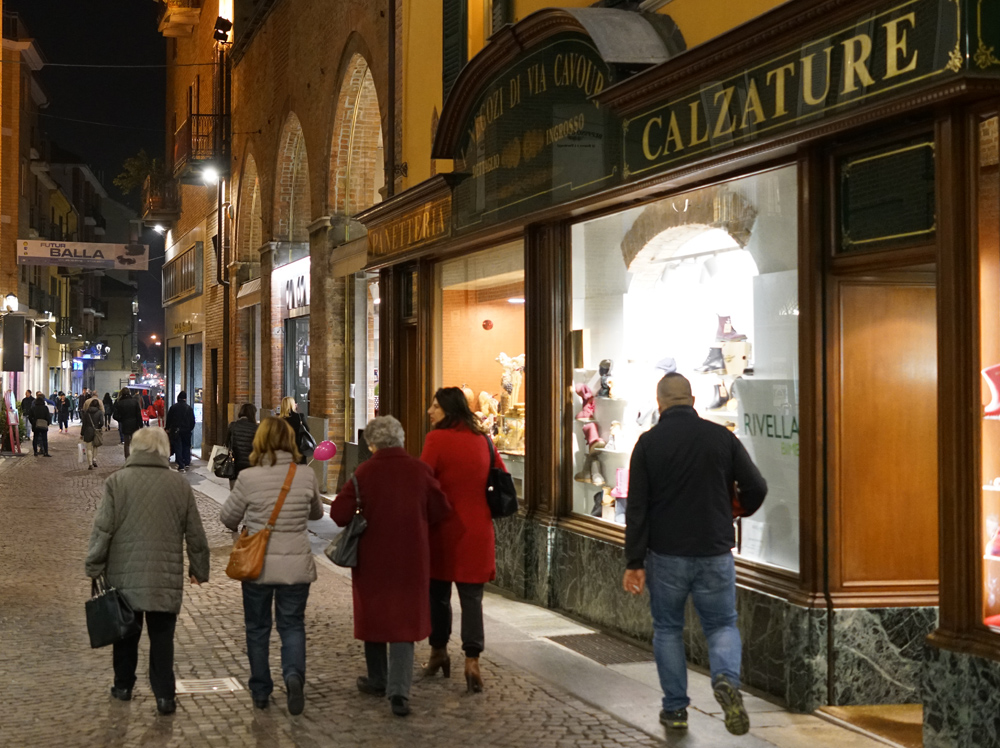 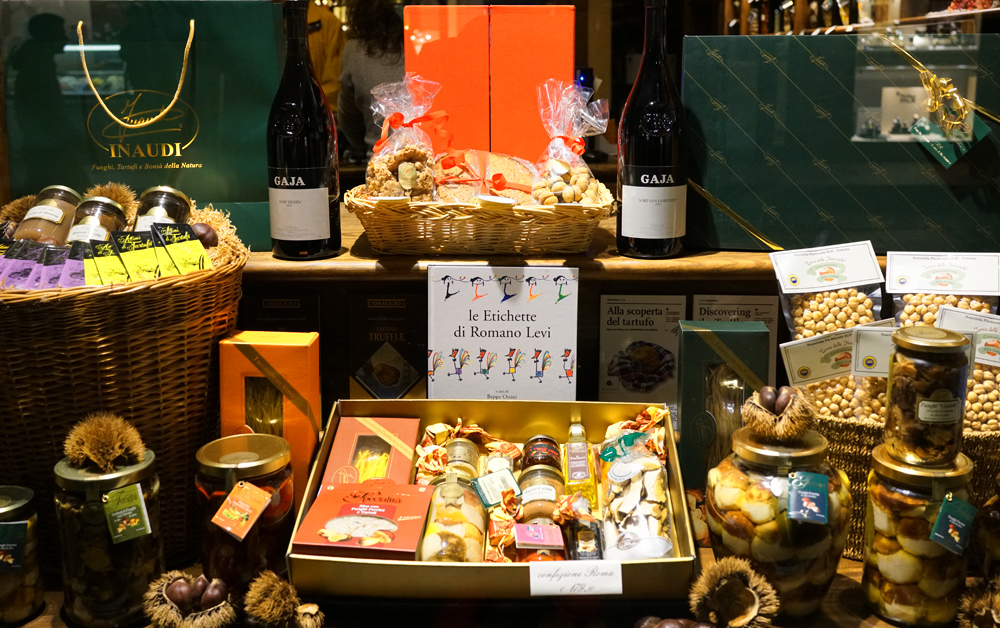 Via Vittorio Emanuele ends in a square with the town hall of Alba and if you turn left on Via Camillo Benso Conte di Cavour, there are several restaurants in the alleys on the left. And if you pass the town hall – where, by the way, news about upcoming events always hangs – the next square is with the Chiesa della Cattedrale basilica and the natural neighborhood is several oenoteca, where you can taste Piedmont wines before dinner.

Truffle Market and Beyond

Somewhere in the middle of Via Vittorio Emanuele is the entrance to the courtyard and in the courtyard is the exhibition pavilion, where on Saturdays and Sundays there is a market of producers of all sorts. The entrance ticket costs 3 euros. If you pay extra, they give you a glass and you kind of walk around and taste it. You don’t have to pay anything over 3 euros! Tastings are free and so: you come up and say what wine you are interested in or what kind of sausage or what kind of cheese – they give you everything. Just out of politeness, even if you are not interested, it’s worth asking for a business card – business card.

READ
Ljubljana, Slovenia: 10 things to see in the capital 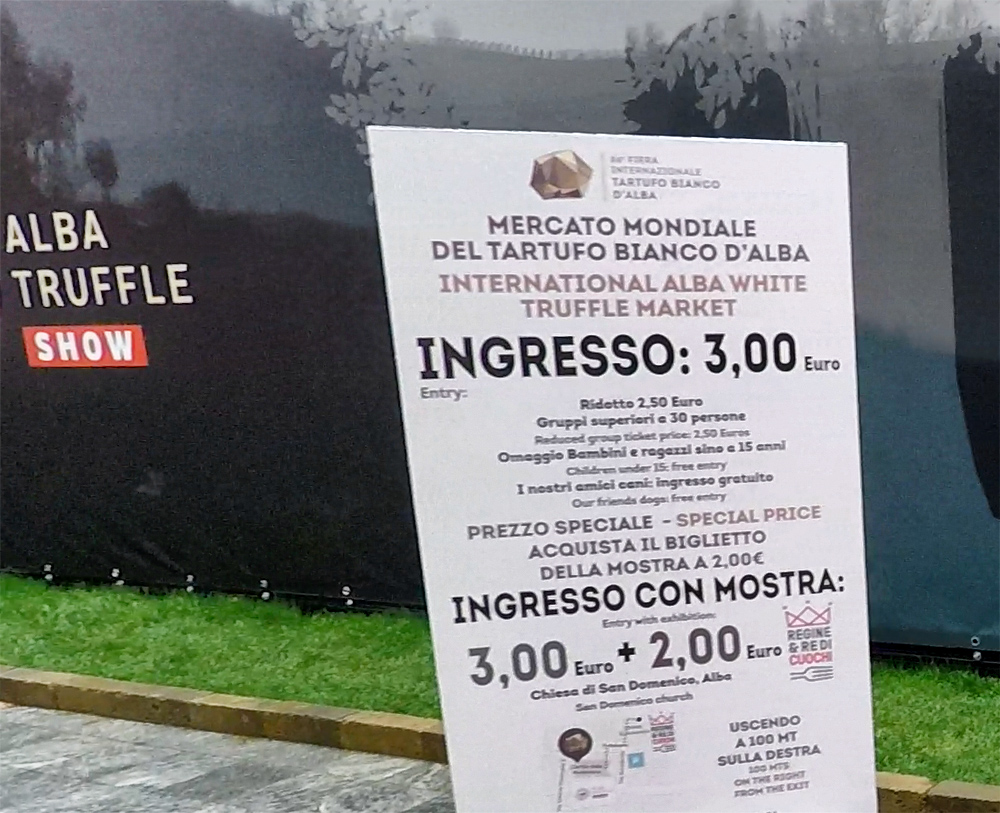 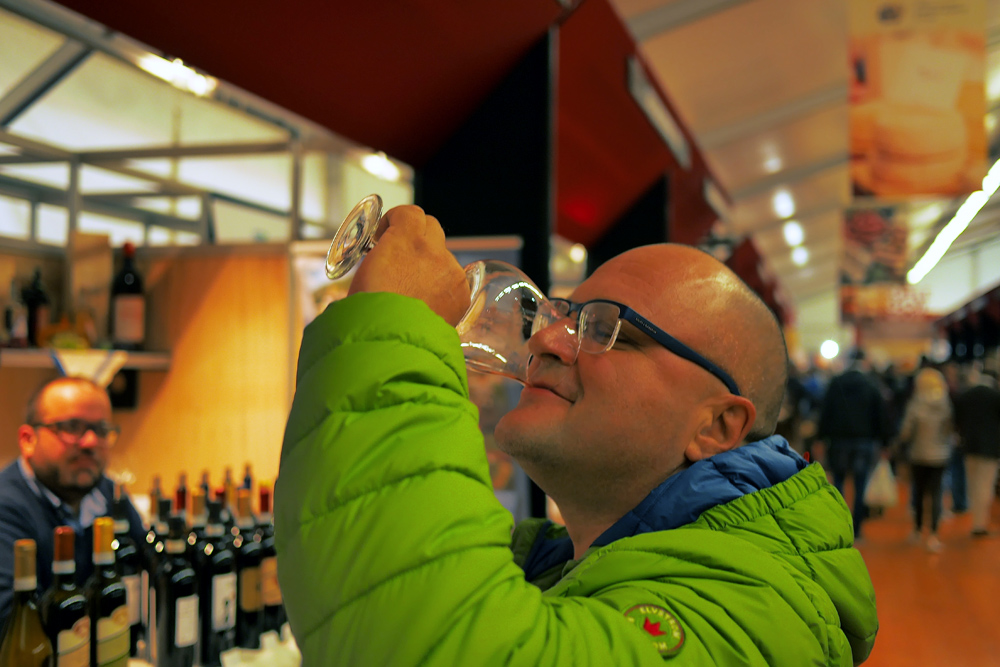 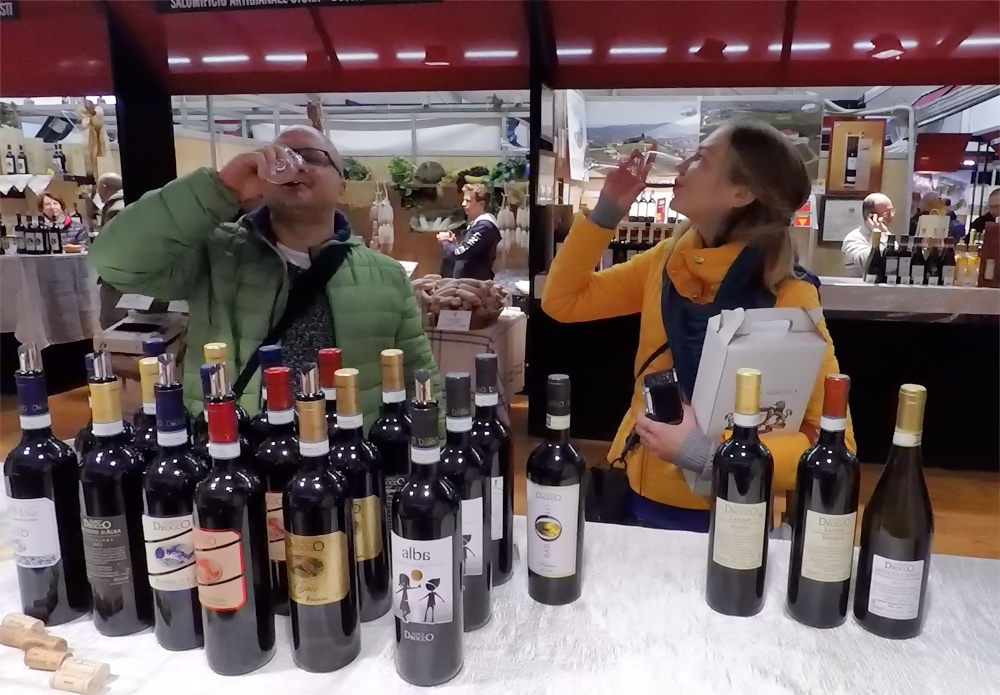 It’s best to come by the opening – at 9 am. After 11 am, when the pavilion is swarming with tourists after breakfast, it is better to leave the pavilion – there are too many people and they start stepping on the toes in some places, although the atmosphere in the pavilion is not tense. By lunchtime, those who have tasted the wine and grappa and who are already stupefied by the smell of truffles – fall out into another room where there are culinary performances. It’s a paid option (tickets are purchased separately) and everything is on a schedule. There’s a chance of not making it to the day-in-the-day-out Cooking Class. But it’s not forbidden to be a spectator, plus there’s pouring on the left side of the room behind the counter. 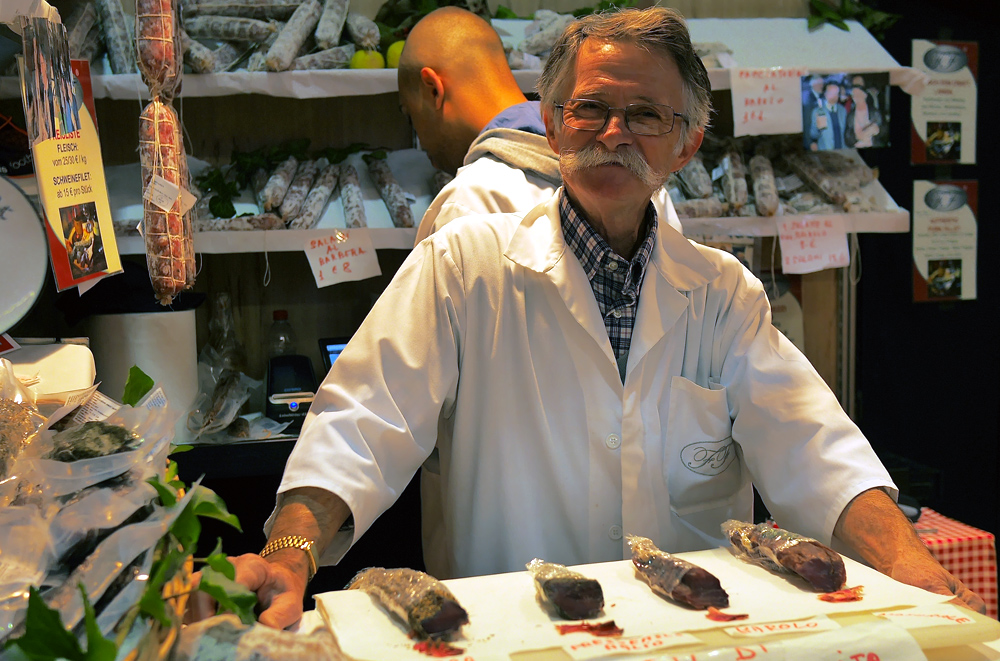 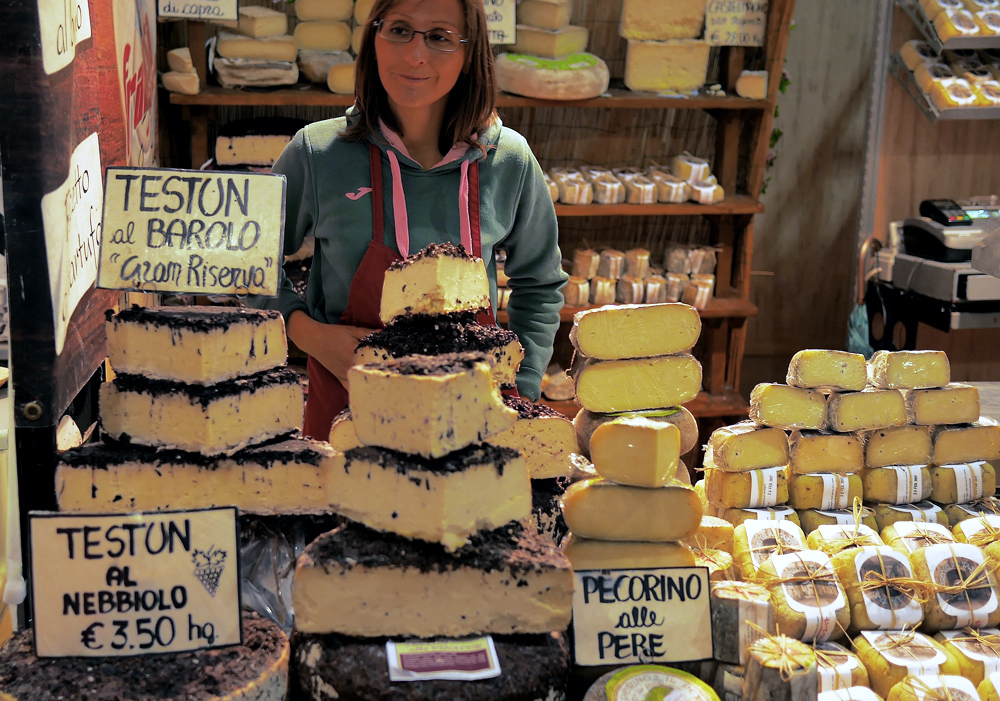 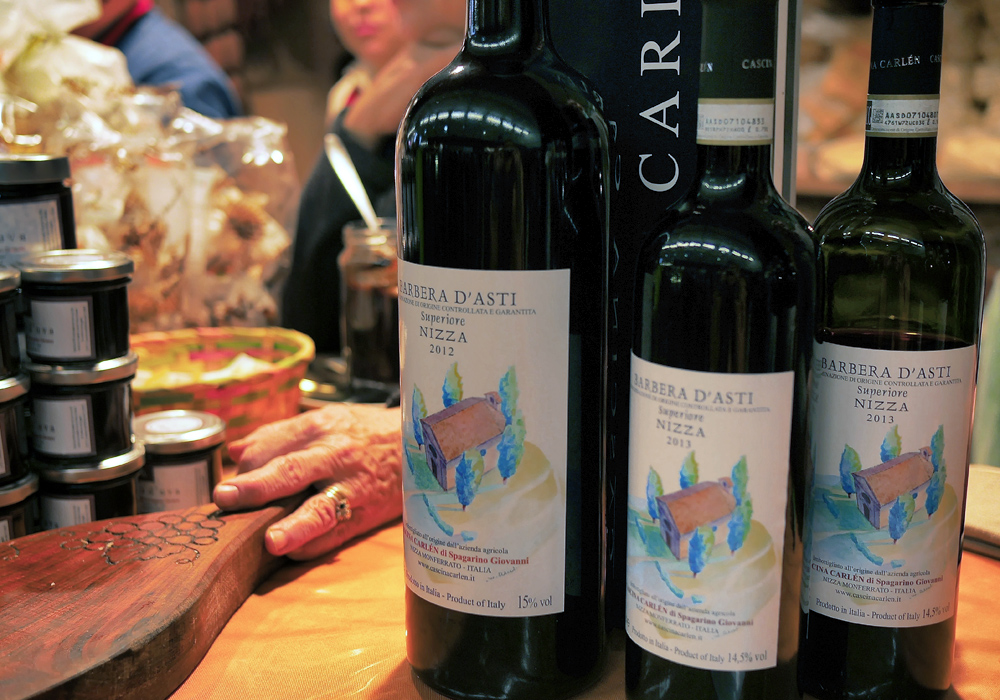 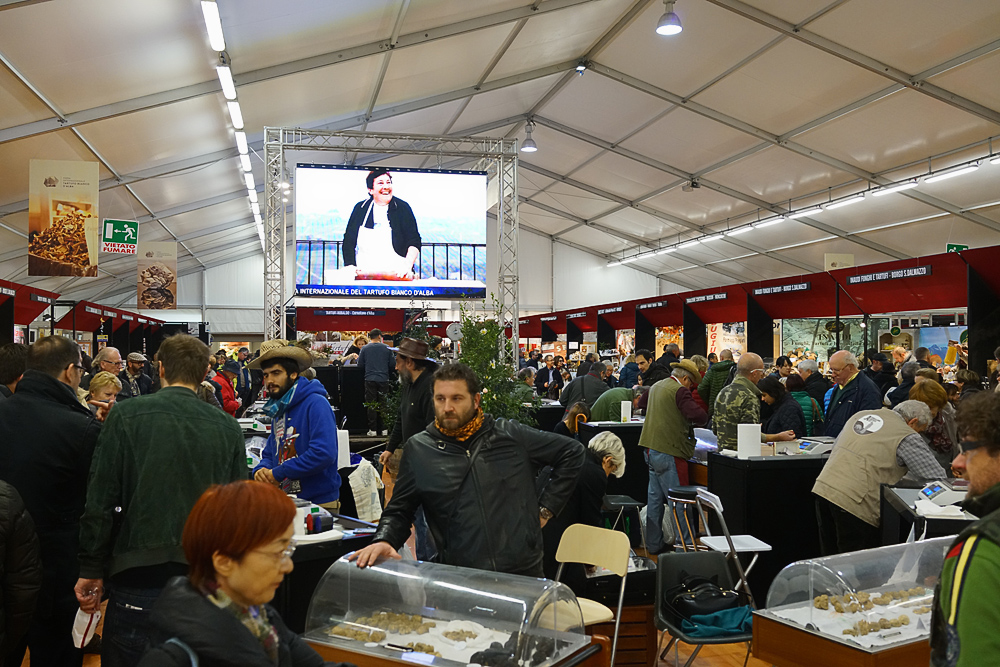 What to buy at the market in Alba

I don’t recommend buying the white truffle itself – it doesn’t keep long, even if you put it in an airtight jar and store it in the refrigerator. It’s better to buy black truffle, packaged well – I was told that they don’t sell Chinese fakes in Alba (black truffle is grown in China, but it’s very bad), they are mostly common in France. It is better to buy olive oil infused with white truffle. When the oil is used up you pour regular olive oil into the bottle and after a few days you have a whole bottle of stinky truffle oil for salads again. Better to buy truffle paste – you can add it to scrambled eggs. Better buy white truffle cheese in a vacuum. 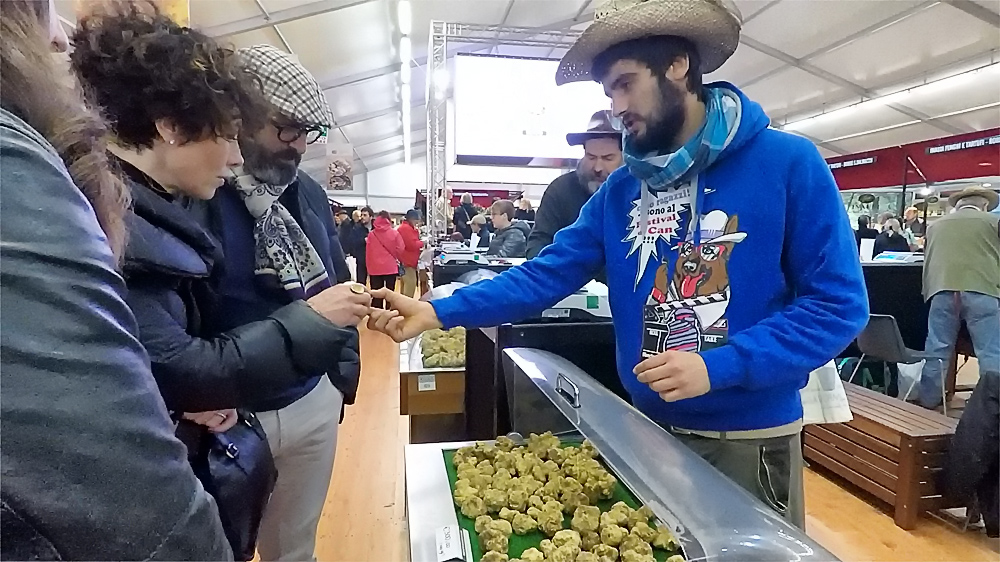 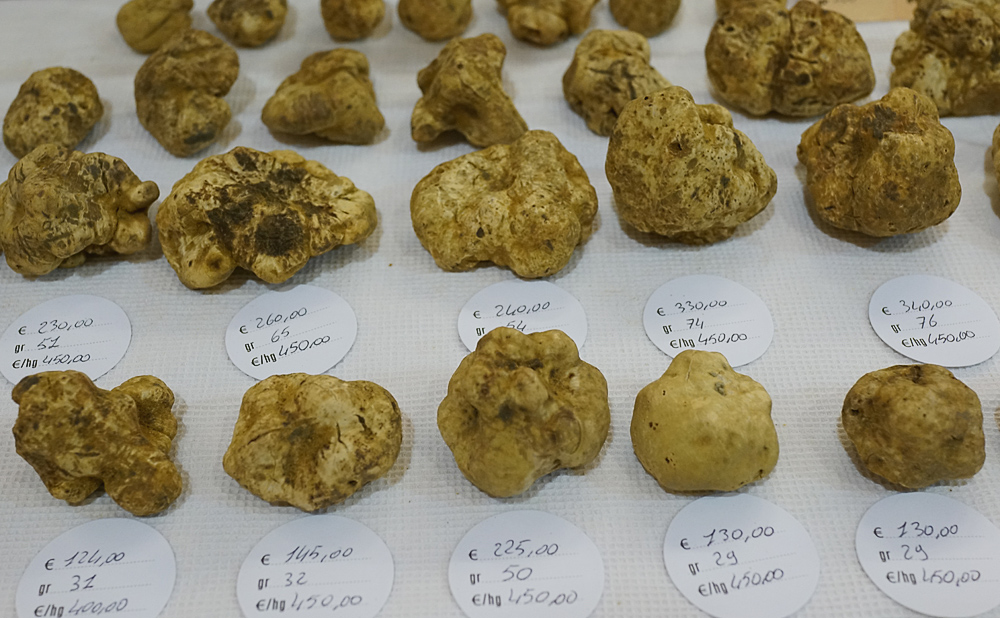 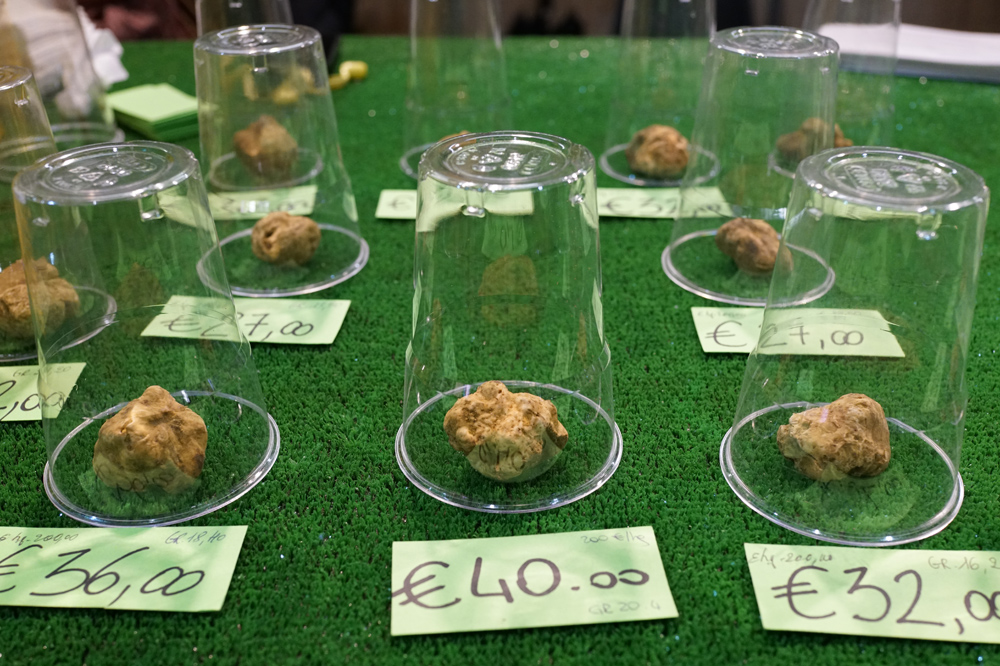 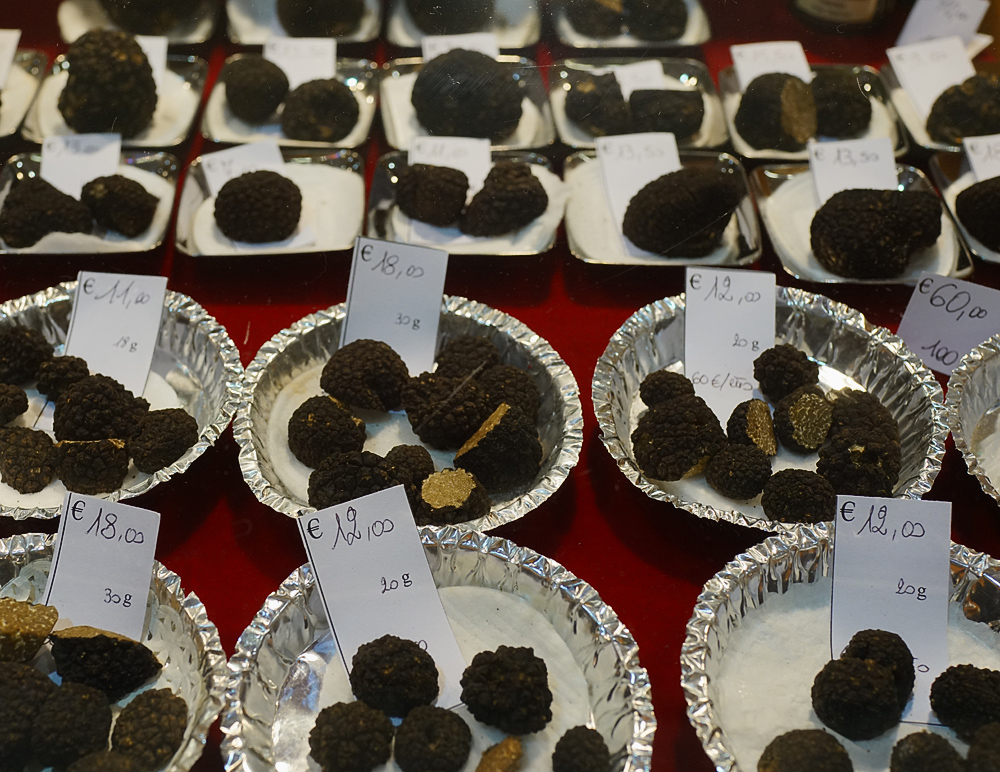 You can buy wine. And while you can buy a bottle of Soave for 70 cents at a selpo somewhere in the Barolo Valley, at the expo you buy what you taste. And one more tricky thing: At the fair, you can make an appointment with the producer to come on a tour of the production. Most of the wine producers at the Alba show are not represented at the Vinitali in Verona and don’t work for chain stores – they work with retail and small wholesale within their circle of acquaintances. You can find good wine options. 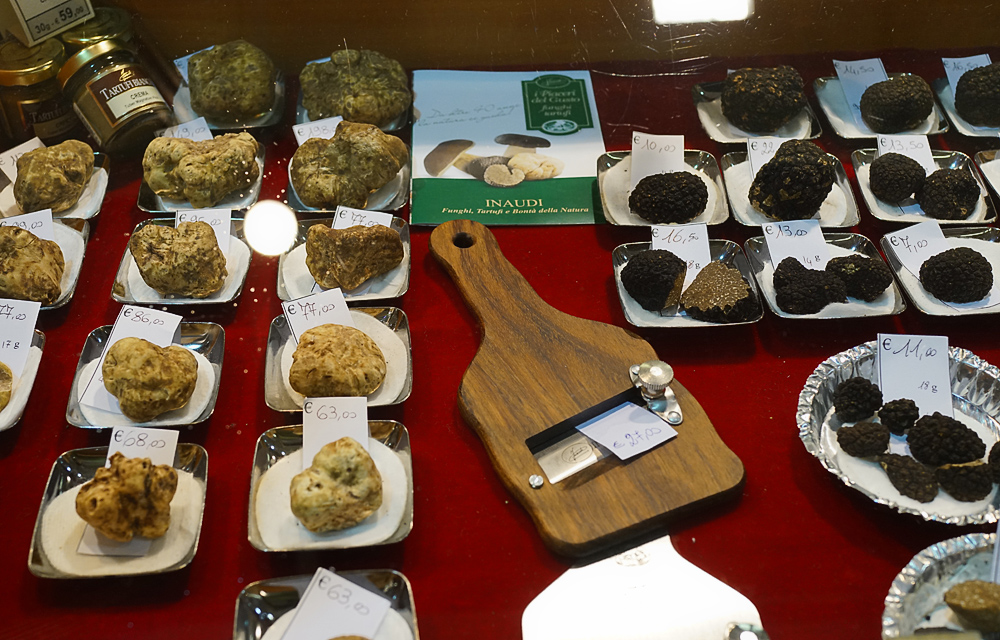 What to order in a white truffle restaurant

In order to taste natural white truffle – the truffle must be fresh. The menu says so on the menu. A substantial truffle surcharge is added to the price of the dish on the menu. The dish is served and the scales + grater + truffle in a napkin are brought out.

You must be shown the mushroom and allowed to smell it – make sure it is fresh. Then weigh the mushroom and grate it into a plate: you get micron-thick rounds of marbled color (white truffle). After the truffle is added, it is weighed again – the difference in weight is what you have been grated onto your plate. 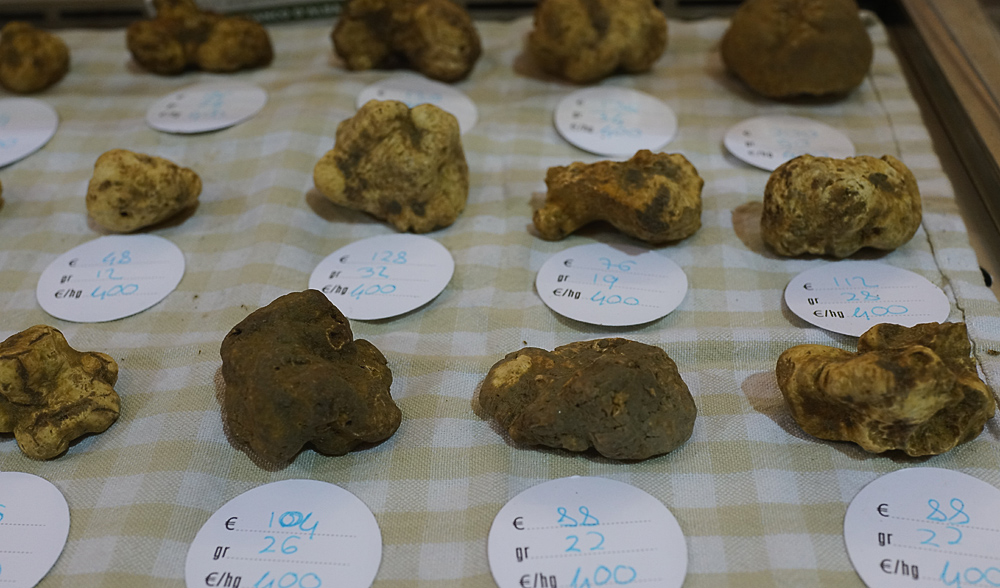 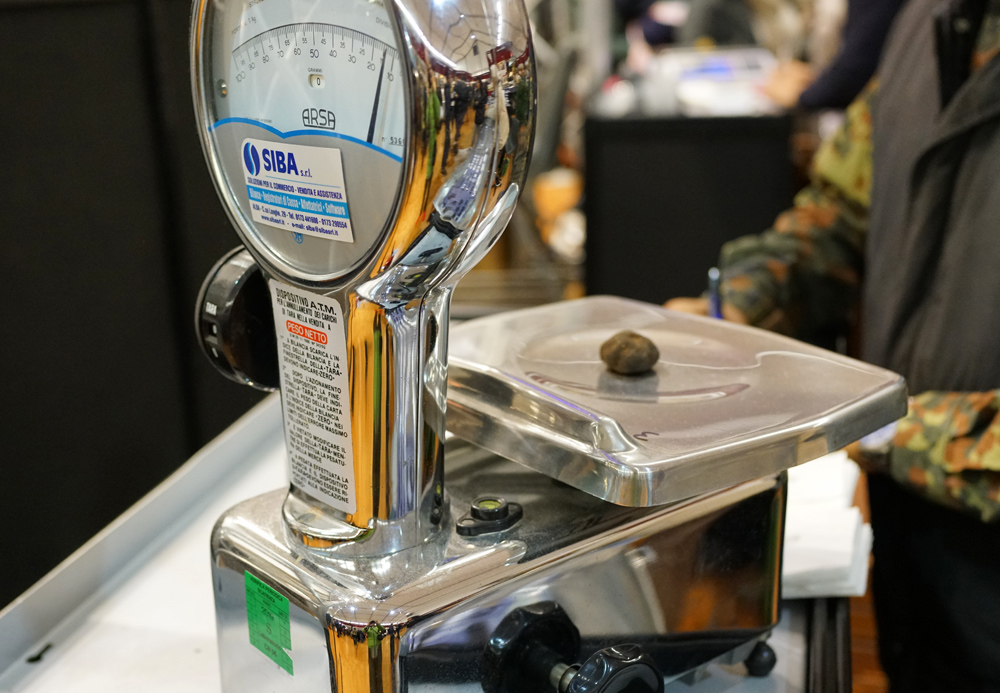 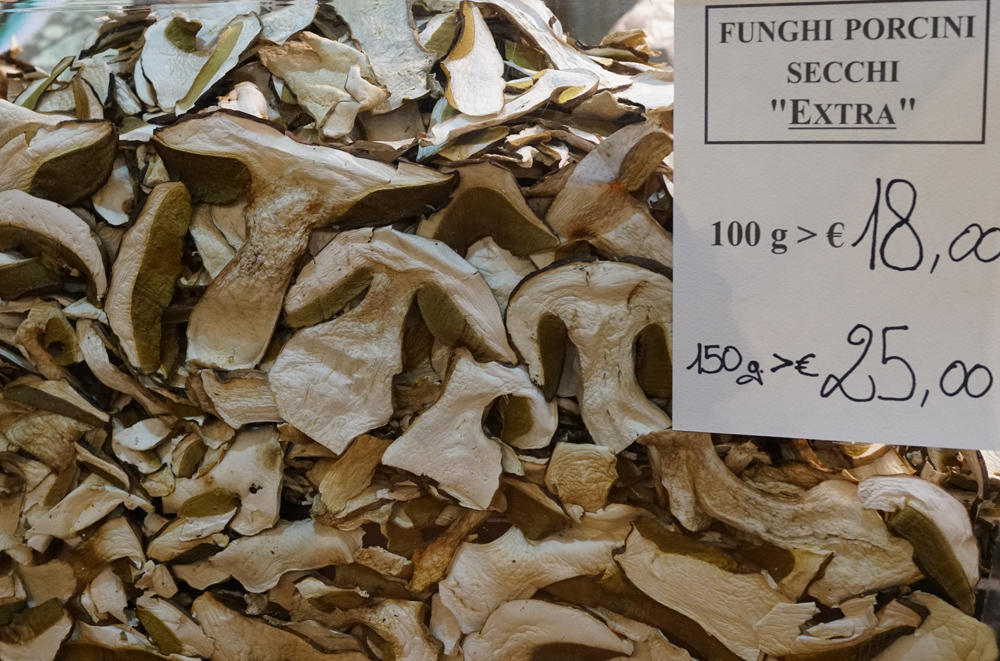 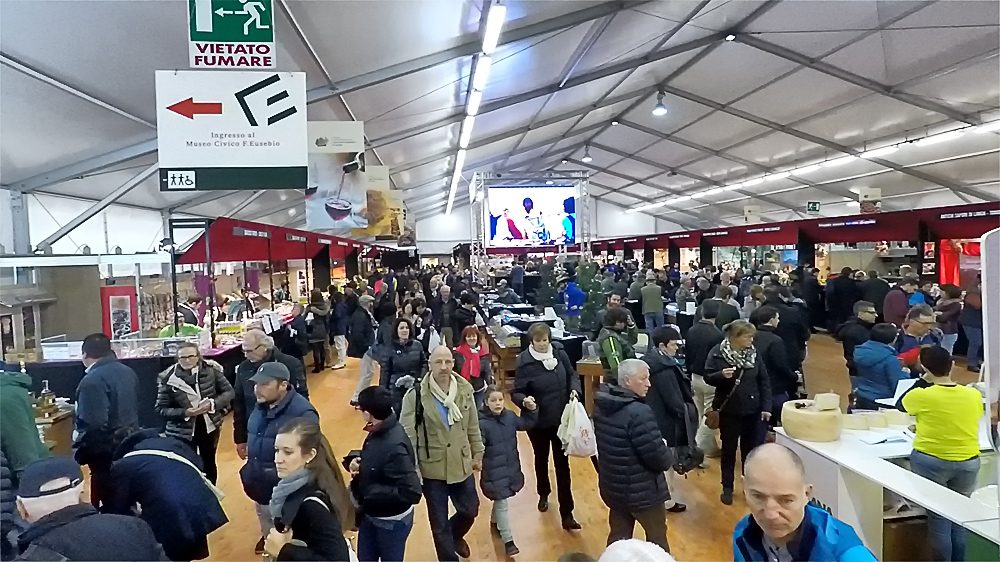 Perhaps all about Alba One of the advantages of this place: the strategic central position to drive in the hills and piedmont during the day, and sleep in the city in the evening Next chapter: Trip through the wine roads of Piedmont and the scenery in the area of Barolo