What not to do in Amsterdam?

Everyone is well aware of the peculiarities of Amsterdam, but I would like to know what not to do in this city? Where not to settle, where not to go, what not to try, etc. We are travelers with experience, but this is the city we plan to visit for the first time. Any recommendations in this regard would be greatly appreciated.

You’re right, Amsterdam is a very interesting and popular European city but not all the tourists who go there think about the rules of behavior, the violation of which can cause all sorts of problems and even problems with the local police.

Amsterdam is a city that has received worldwide fame and popularity for several reasons. One of them is the Red Light District and a visit to this place is not necessary to include in the program of your acquaintance with the city. In Amsterdam there are many more interesting places where you can spend your leisure time much more pleasant. If you do decide to take a stroll through this dinky place in every respect, on no account take pictures of the girls who lure customers and numerous shop windows. At best this could end in a scandal, and at worst taken away by a gadget and a call to the hospital for help (with particularly nosy tourists in this quarter no one is ceremonious).

In many booklets tourists are advised to visit the so-called “heart” of Amsterdam, which is Dam Square. But in fact there is nothing interesting except a huge accumulation of tourists, exorbitant prices and high probability to become a victim of pickpockets. There is nothing to see there. There is only a questionable Amsterdam Dungeon and a museum Madame Tussauds to visit which is not worth spending your money because there are much more interesting and worth seeing places in the city. In a pinch you can walk around the square, but it is not worth paying too much attention to it.

Another place of interest of Amsterdam is the coffeeshops which attract many tourists but not all tourists know that locals smoke marijuana either at their homes or in the coffeeshops away from the center. Bypass the third road institution called Bulldog, which is considered the first coffeeshop in the city, but now the network of these institutions is aimed exclusively at tourists and if you want you can find in Amsterdam establishments much better, cheaper and more comfortable.

In the Netherlands, as well as in Germany, love beer, but if you are a fan of this drink, try not to order a beer Heineken, which although it is the most popular beer in Holland, the quality of beer is inferior to many lesser known and more accessible brands not only in cost but also in quality. It is better to visit small, private breweries, where the quality of beer is much higher and prices are much lower.

A separate topic is local hotels. Usually budget (and not only budget) tourists try to stay in hostels, but if this is not possible, it is better to bypass the hotels located in the city center. Prices for such housing unreasonably overpriced, and the quality of accommodation and service often leaves much to be desired. When choosing an accommodation pay attention to the fact that Amsterdam is a small city and not necessarily stay in the center, literally in the 15-minute drive from the center of the prices can be almost twice lower. Before the trip is worth looking at different options, including do not discard the possibility of renting an apartment (especially if you’re going on a trip with friends).

In recent years in Amsterdam, “store” museums, which in the first place are designed specifically for tourists, have earned a certain popularity. The so-called museums of cheese and tulips is nothing more than a tourist ploy, which is designed to extort from tourists as much money as possible, although similar products (products) can be purchased in ordinary stores in Amsterdam, and much cheaper.

Bicycle rentals are very popular in Amsterdam, but do not rush to rent a bike the first day after you arrive, because biking around Amsterdam is far from as romantic as it may seem at first glance. Bicycles in the Dutch capital are a very popular mode of transport and the traffic is so dense that even the most experienced cyclists may have some problems. Given the whole atmosphere that prevails in the city, it is worth bearing in mind that the city has a high rate of accidents, both among locals and tourists who are under the influence of alcohol or drugs.

Tourists going to Amsterdam should think about the things they take with them, because no matter what time you decide to go to Amsterdam, it will be impossible to predict the weather conditions. Even if it’s sunny in the morning, it may start raining in the afternoon. In order not to get into an unpleasant (unforeseen) situation, be sure to take an umbrella, raincoat, waterproof shoes and a windbreaker.

Many tourists are advised to try the delicious and in many ways gourmet food, but no matter how gourmet you are, do not rush to do it. There is nothing good in the local cuisine, the food is mediocre, and it costs a lot of money, so avoid restaurants with national cuisine third road, the easiest way to eat in fast-food outlets or buy food in supermarkets and cook yourself in hostels or rented apartments. The cheapest food is offered by Chinese restaurants, they are often visited not only by tourists, but also by locals.

Amsterdam is a very interesting modern city, but there are a few things tourists should be aware of.

In Amsterdam, you do not need to rent a car, because the city is very similar to Venice, and it is comfortable to travel on foot, bicycles and streetcars.

There are many bike lanes in the city, but you do not need to walk on them. That way you will interfere with cyclists, and cause them displeasure or you just might get hurt.

Although the city has many canals do not buy a boat ride on the canals. Nothing but concrete walls you can see, it’s much more pleasant to walk around the city on foot.

If you are young and active, do not go to bed early, the nightlife of Amsterdam is very interesting and varied. The only thing to keep in mind is safety and don’t try the local “fun” products all at once.

It is forbidden to smoke in public places in Amsterdam and if you are a heavy smoker then you’ll have to be patient and obey the laws. The fine for smoking in a wrong place is from 50 euros.

If you plan to travel a lot around the city and visit a lot of attractions, then buy a special card for tourists in the service VVV. This card entitles you to discounts on museums and reduced fares.

If you want to go shopping do it in the morning, in the afternoon everywhere is crowded.

What to Beware of in Amsterdam, Netherlands

This article is a collection of answers to the most important questions about Amsterdam for tourists.

1. Is it true that drugs are legal in Amsterdam?

Yes, only light drugs (marijuana, hashish, mushrooms). They can only be bought and consumed in specialized establishments, coffeeshops. It is officially forbidden to smoke marijuana on the street. 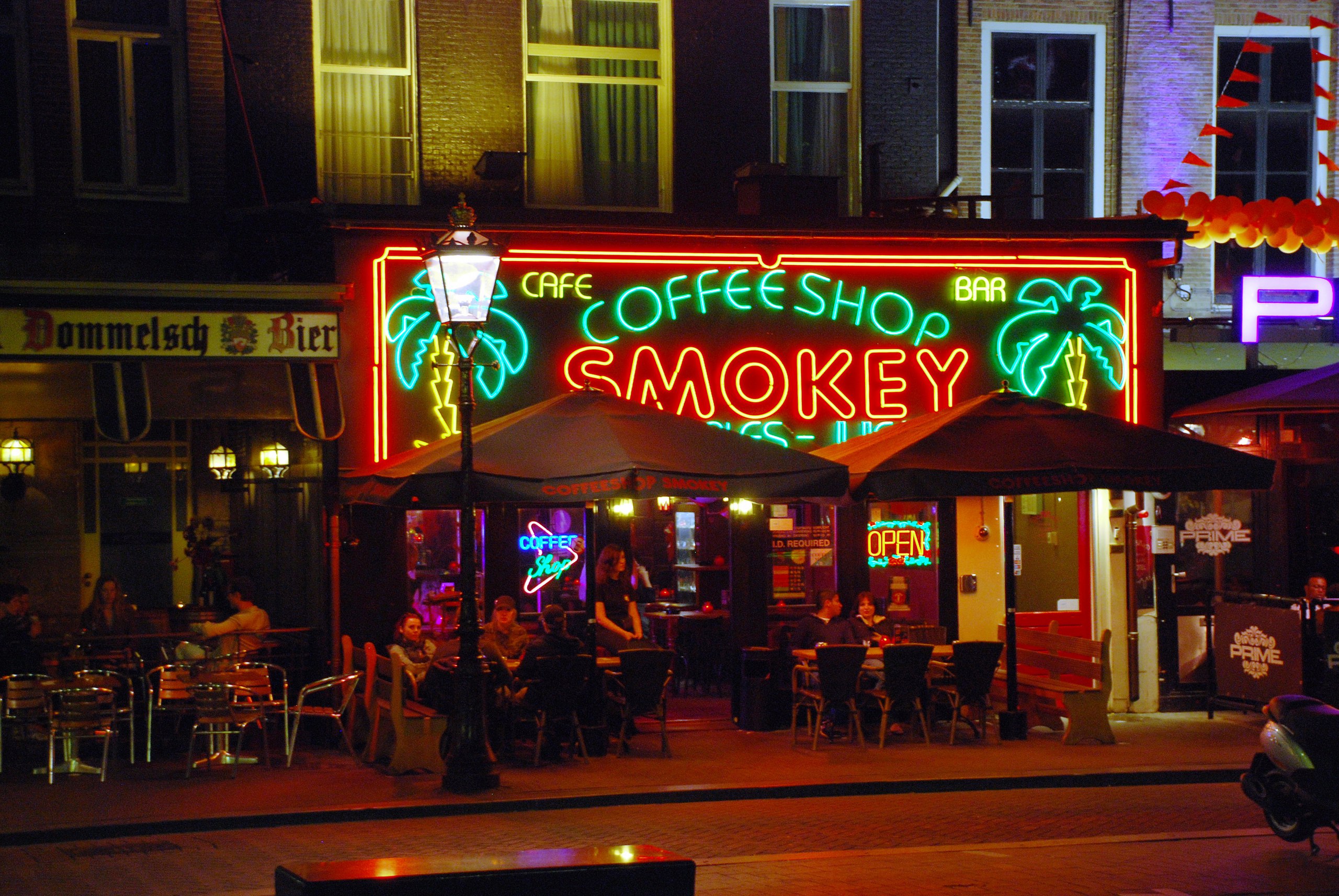 2. Why are the houses in Amsterdam narrow and crooked?

Amsterdam is built on water and all the houses are on 10-meter wooden piles. Over time, these piles have rotted and sagged, so the houses lean and sort of prop each other up. These houses have become a kind of trademark of the city.

READ
10 things to do in Lyon with your family, France

So why are they so narrow? The fact is that previously the width of the house depended on the tax that was imposed on the house. There are houses in the city that are only 1-2 meters wide. 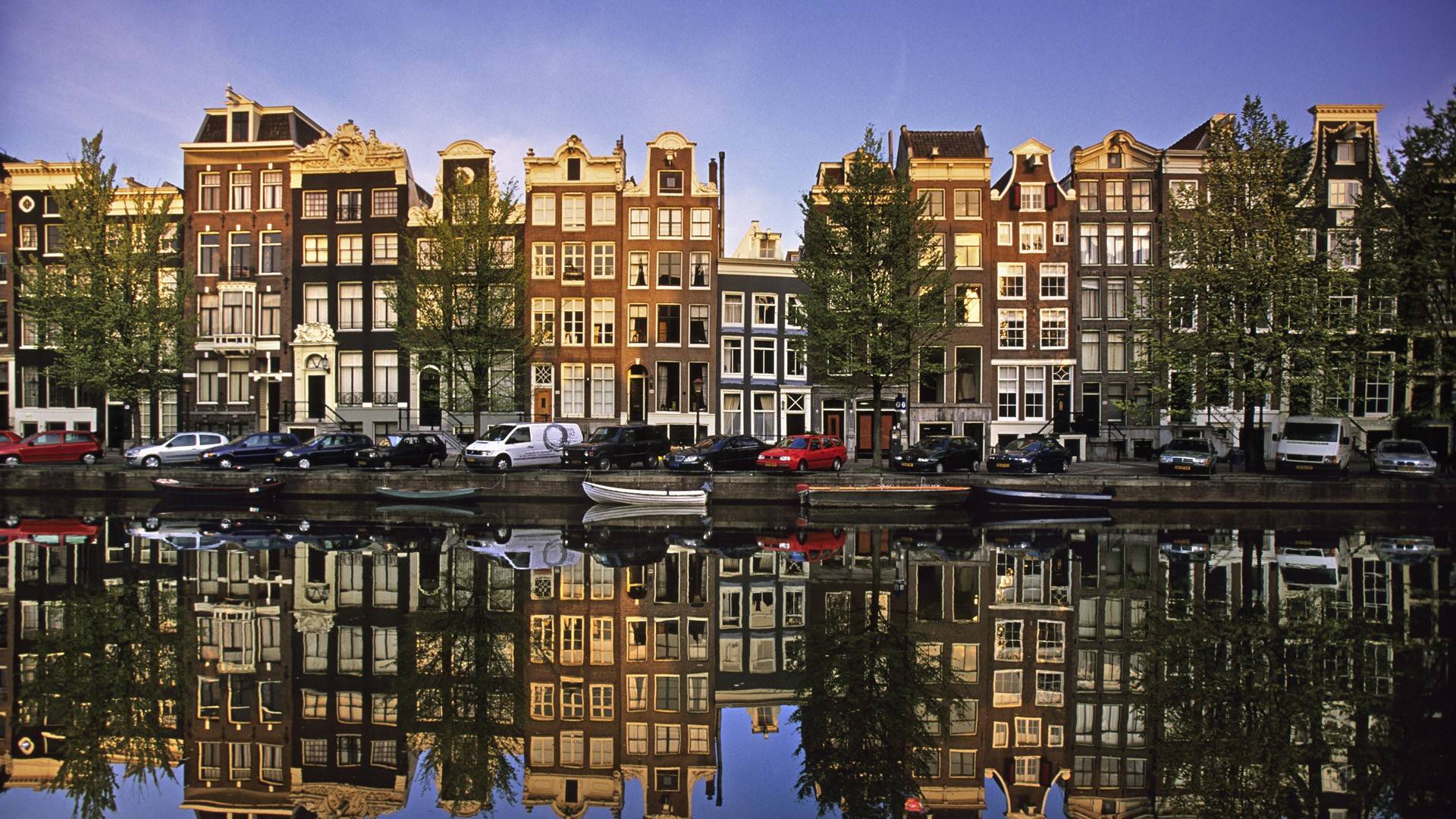 3. Why are there so many bicycles in Amsterdam?

Bicycles are undoubtedly part of Dutch culture. Almost every resident of Amsterdam (and there are more than 800 thousand of them!) has a two-wheeled friend at home. The popularity of this form of transport has received a long time ago.

In the city center there are practically no access roads, the distances between the objects are quite small. And the policy of the authorities has long been aimed at reducing the volume of automobile traffic. 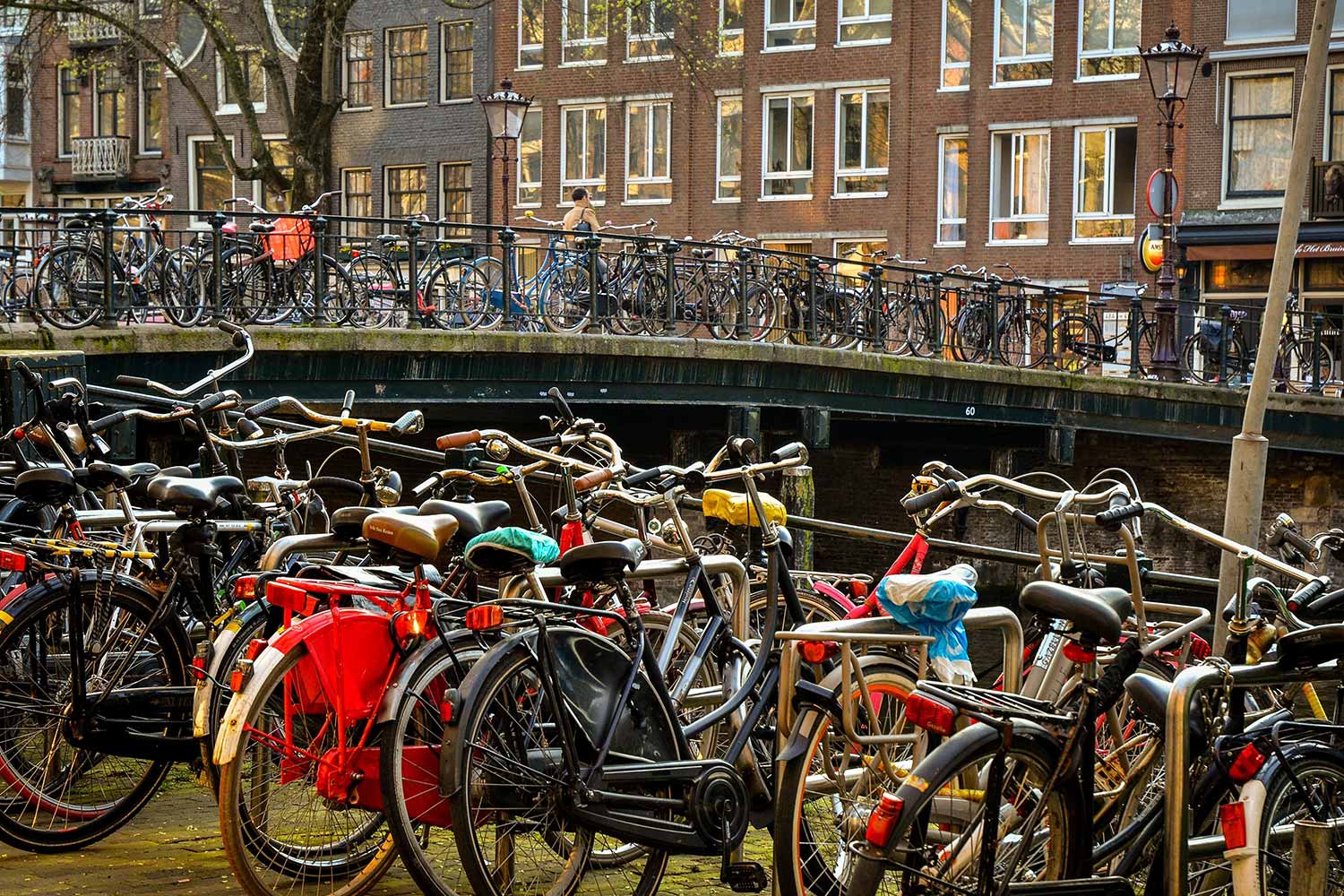 4. Amsterdam – an expensive city for tourists?

Yes, Amsterdam really can not be attributed to the category of budget destinations. The most expensive items of expenditure are renting accommodation and visiting museums/sightseeing. Transportation is also not cheap, but you almost don’t have to use it, because Amsterdam is relatively small. You can always save money on food. Learn more about how to travel cheaply to Amsterdam – here.

5. Is there a language barrier in Amsterdam?

Indeed, Dutch is not the most popular or easiest language to understand, but luckily the vast majority of locals are fluent in English, and some also speak German and French. There is no need to specially prepare and learn Dutch, just memorize a few standard phrases, such as greeting – the locals of any country love it:) 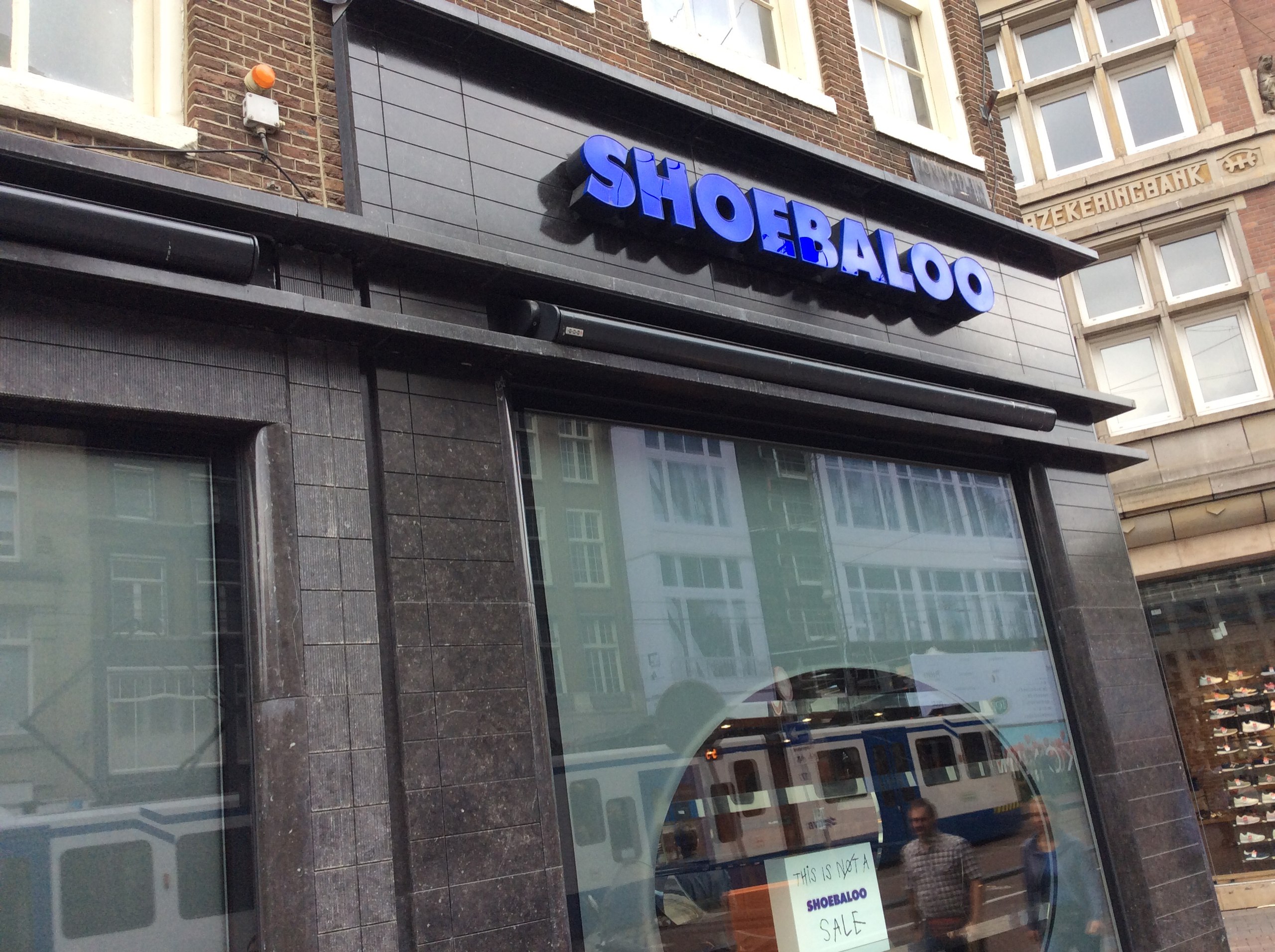 6. How old is Amsterdam?

The first mention of Amsterdam dates back to 1275. Thus, the city is almost 750 years old.

7. What is the currency in Amsterdam?

In the Netherlands – the euro. It is best to purchase currency in advance in your home country.

8. Is prostitution allowed in Amsterdam?

Yes, prostitutes do work completely legally in the famous Red Light District. You can look at them, talk to them and, of course, use their services. It is categorically forbidden to take photos or videos. 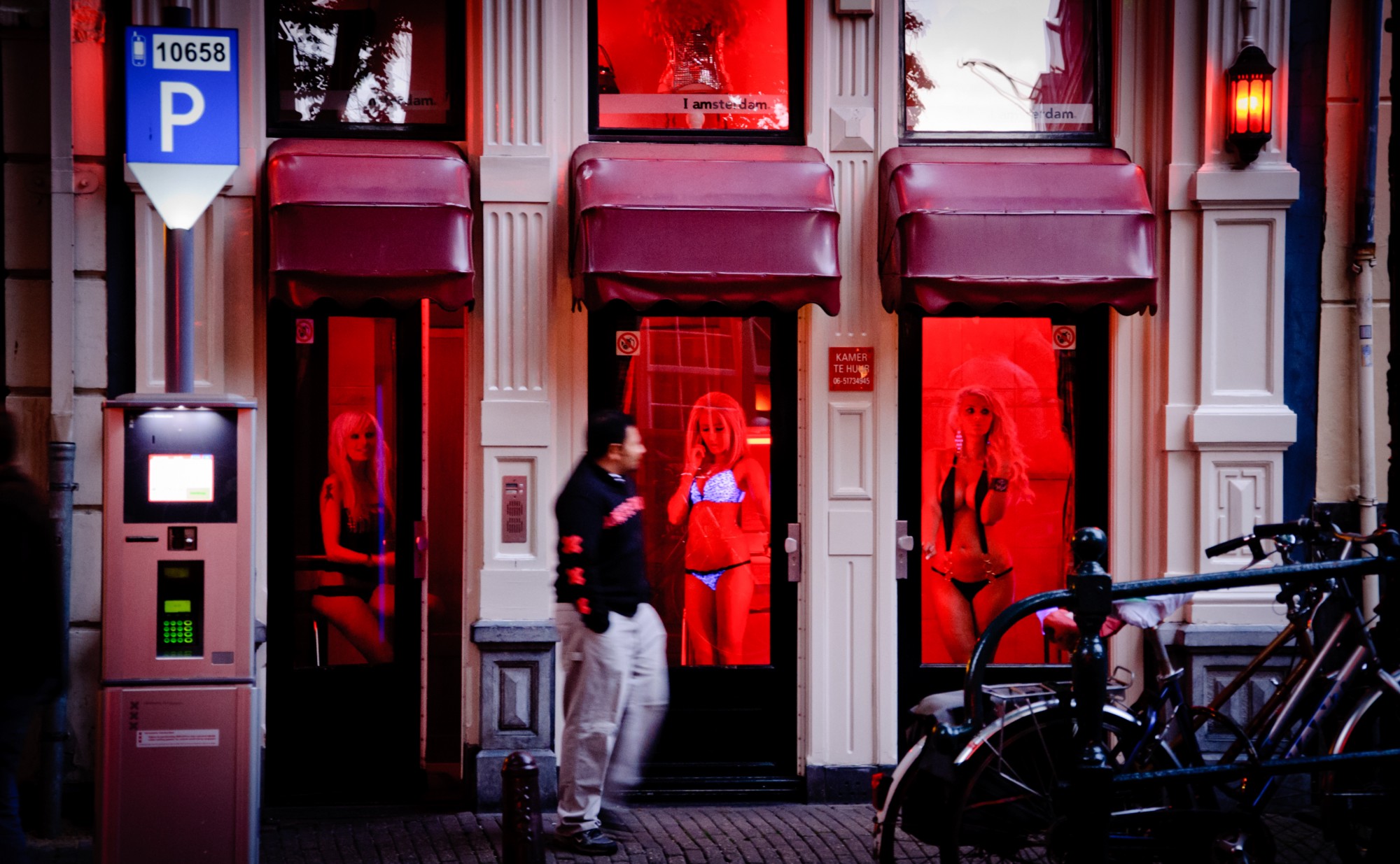 9. When is the tulip season in Amsterdam and the Netherlands?

The tulip blooming season is said to last from mid-March to mid-May, but the dates may vary slightly each year. There are no tulip fields in or around Amsterdam itself. The Kekenhof Park, the most famous concentration of tulip fields in the Netherlands, is 40 km from Amsterdam. 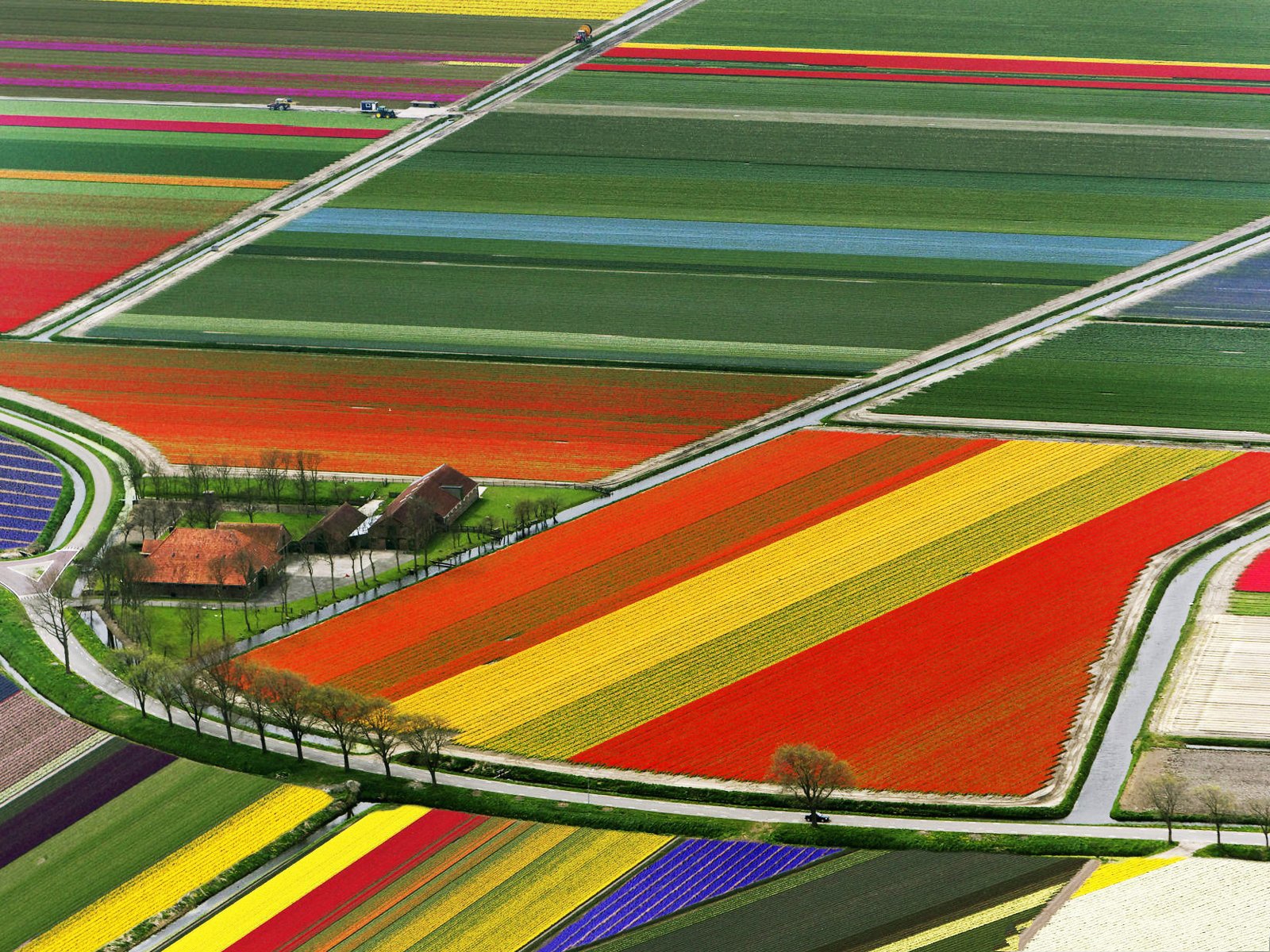 Despite all the freedom, Amsterdam is considered to be one of the safest cities in Europe. But you should not forget about observing basic security measures due to the difficult terrorist situation throughout Europe.